Common and Uncommon Causes of Wheezing

Wheezing is an uncomfortable respiratory symptom with many possible causes. Described as a jagged, high-pitched whistling sound, wheezing makes it hard to take a deep breath, which can create anxiety that makes the situation worse. Though it can be frightening, there is usually a simple explanation for wheezing.

Pet dander, pollen, and even certain insects can trigger allergy-induced wheezing. When these particles are carried around by the wind, they can settle in the nose and mouth. When the body detects them, it sends out histamines to combat the allergens. This process increases inflammation in the bronchial tubes, which induces shortness of breath and wheezing along with coughing and sneezing. 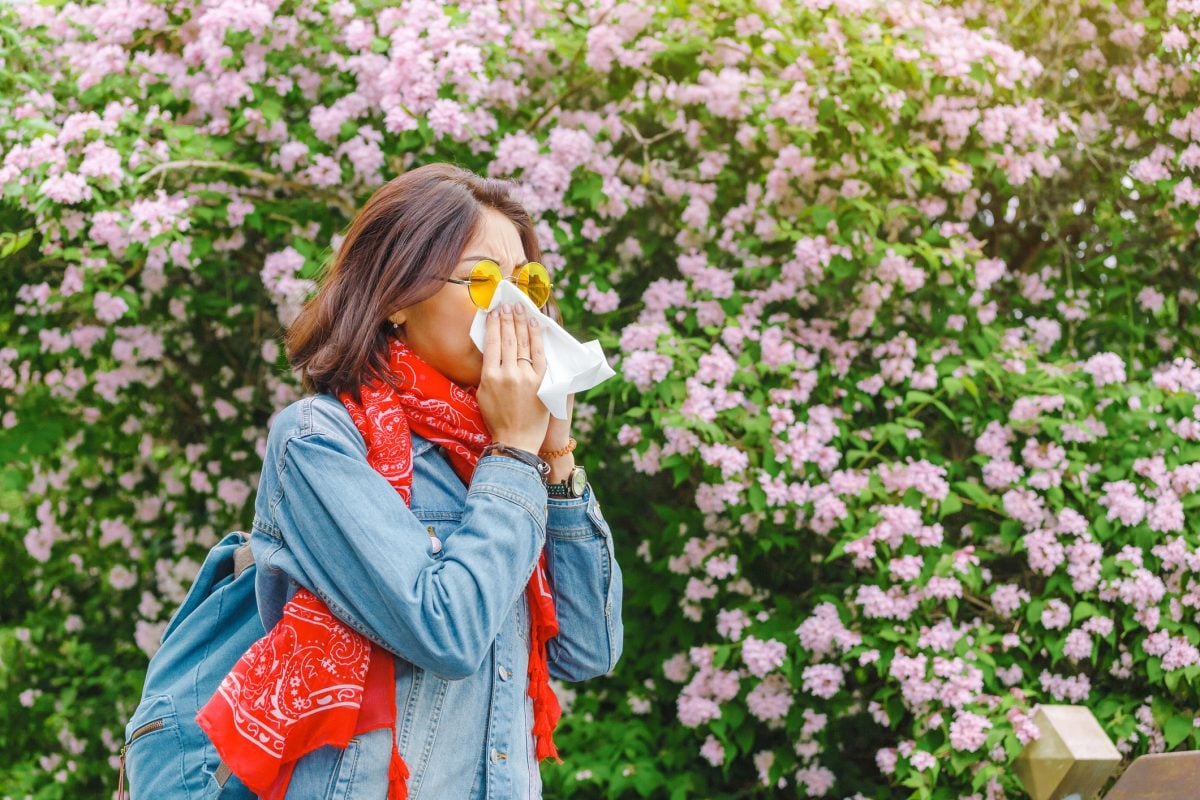 Bronchiolitis is a viral lung infection in children that causes congestion of the small airways or bronchioles. At first, it causes stuffiness or a runny nose, just like a cold. Over the course of seven or more days, symptoms emerge that require medical care. These include an inability to eat and drink due to deeply labored breathing and audible wheezing during exhalation. 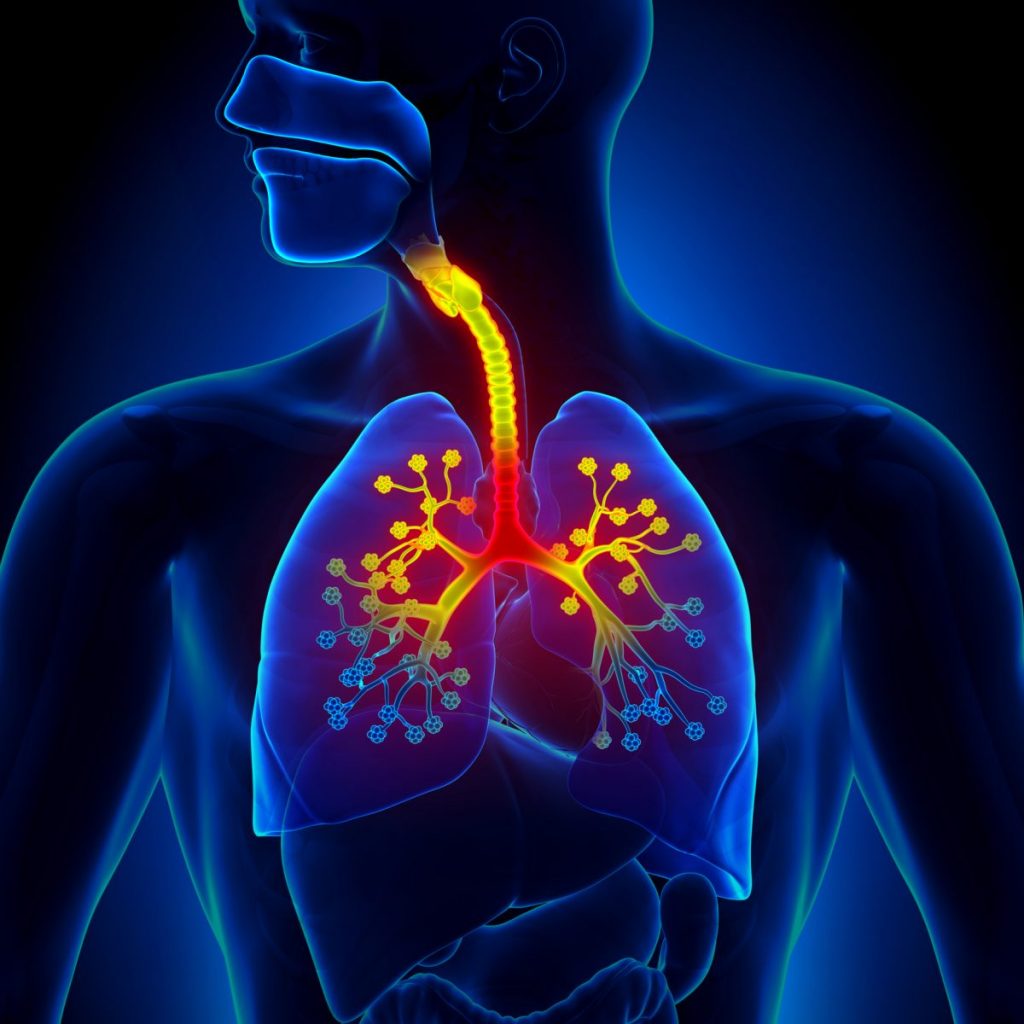 Fluctuating hormones can cause inflammation in the sinuses and lungs in pregnant women with asthma. Studies show that hormonal changes can disturb the airways and cause an inflammatory response in the lungs. But when they are more erratic, as it happens during pregnancy, the lungs' ability to oxygenate is negatively affected, leading to shortness of breath and wheezing. 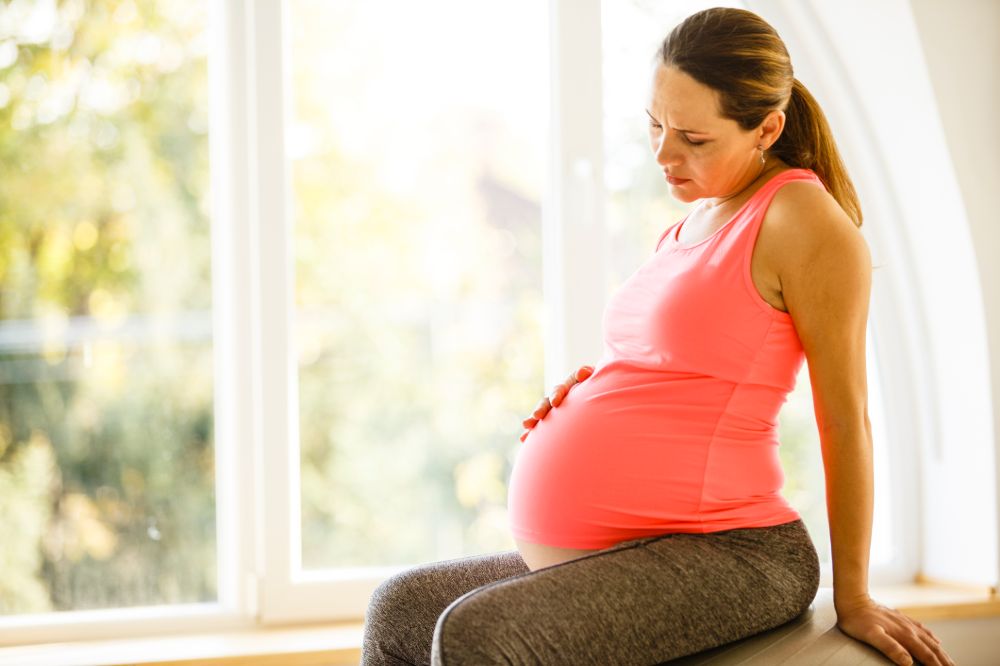 Gastroesophageal reflux disease or GERD causes or exacerbates breathing problems. When acid backs up into the esophagus, this leads to irritation, pain, coughing, and wheezing. In those with asthma, researchers believe that the acid creates bronchial hypersensitivity to stimuli and breathing difficulties because it triggers the vagus nerve. 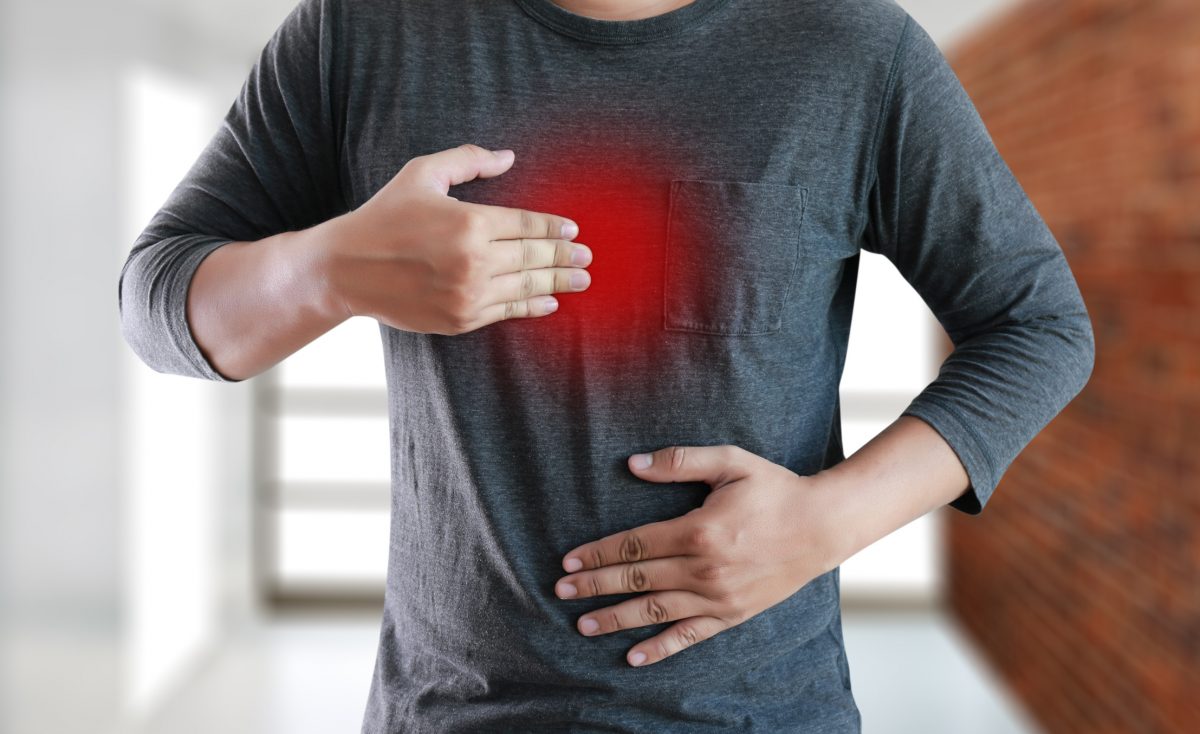 People with obstructive sleep apnea tend to have more gastroesophageal acid reflux than average, leading to chronic inflammation of the soft palate. This causes edema in the uvula, the teardrop-shaped tissue at the back of the throat, increasing mucus production. Research also found individuals with obstructive apnea had excess mucus, generating wetter coughs and wheezing. 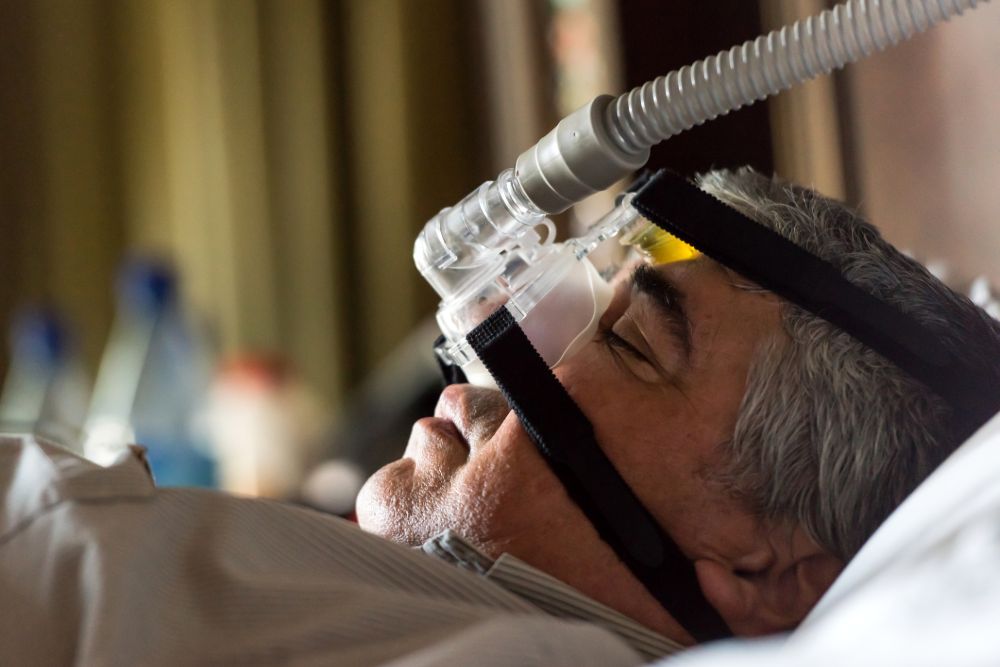 Emphysema is a disease that is often associated with smoking but can happen to anyone who inhales irritants, such as chemicals or pollution. The alveoli — air sacs that oxygenate the lungs — are weakened and broken in people with emphysema. The lungs stiffen, and the bronchioles narrow, making it hard to breathe during the most mundane activities. This can lead to persistent wheezing. 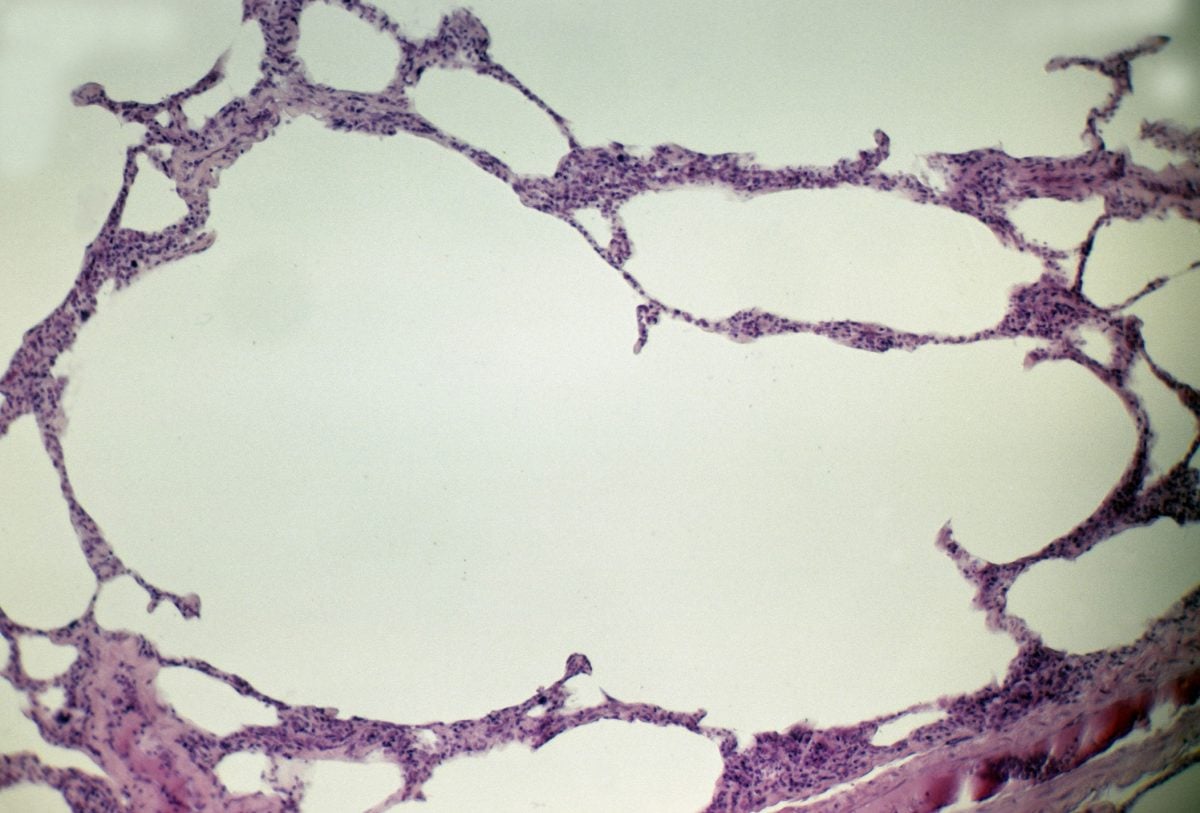 Unlike regular asthma, which is a chronic condition that narrows airways, cardiac asthma is a symptom of heart failure. The coughing and wheezing develops due to fluid in the lungs, a condition called pulmonary edema, which also causes shortness of breath. Cardiac asthma requires immediate medical attention, and using traditional asthma medications to treat it worsens the condition. 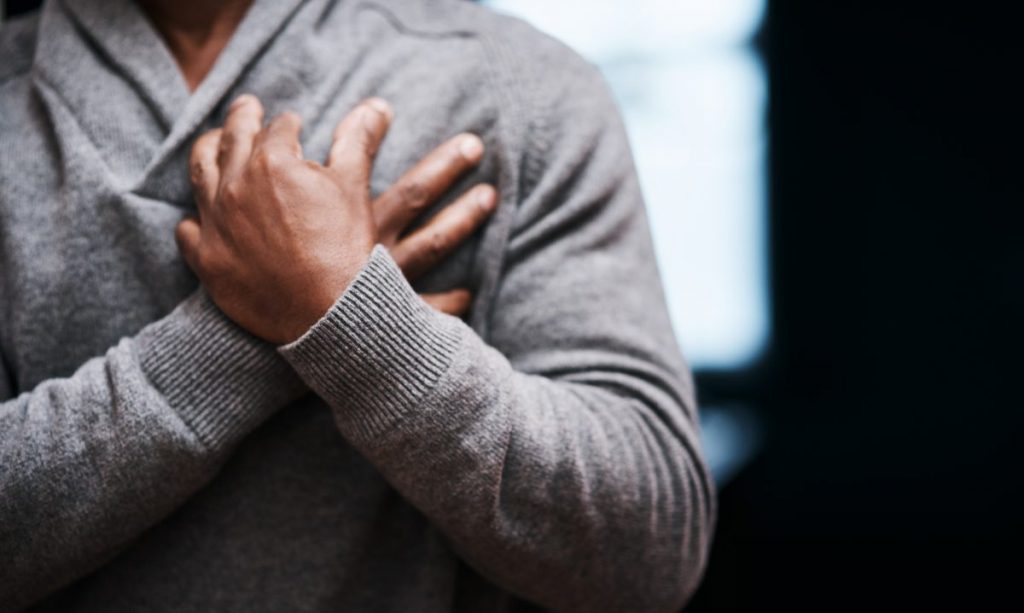 Cyanosis is the bluish coloration of the fingers, lips, feet and skin. A lack of oxygenated blood to or from the heart causes it, and immediate medical intervention is required. In addition to wheezing, individuals with cyanosis may experience crepitation, a distinctive crackling or clicking sound when inhaling, and may lose consciousness. 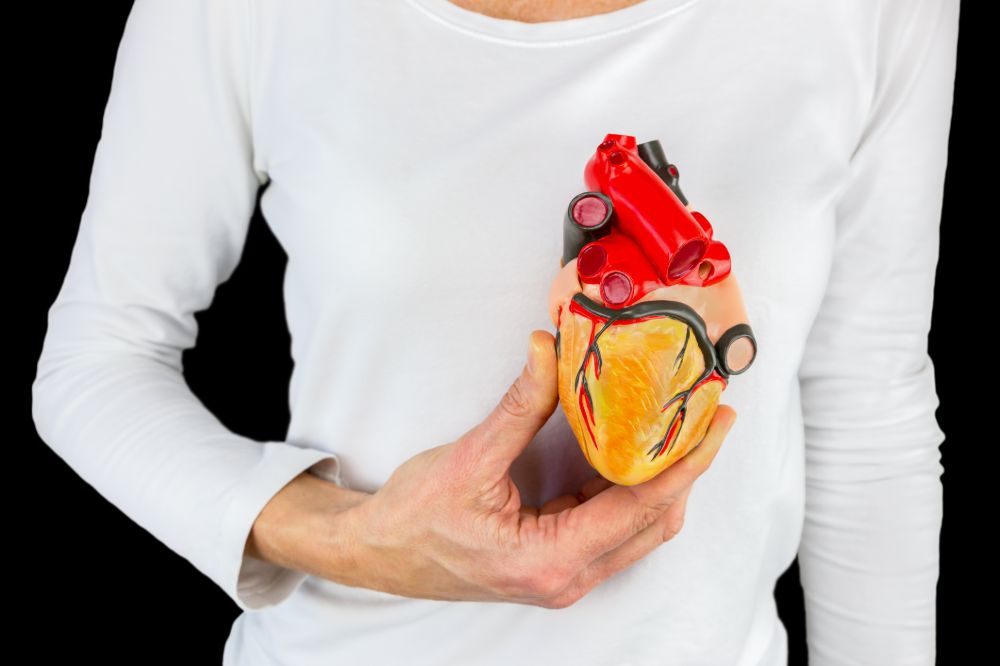 After confirming the diagnosis with an X-ray, blood, and lung function tests, the treatment course for wheezing is dictated by the underlying illness. The doctor must solve two fundamental problems: inflammation in the airway and breathing difficulty. Prescription bronchodilators provide relief by calming inflammation reopening the airways, while corticosteroids reduce excess mucus. 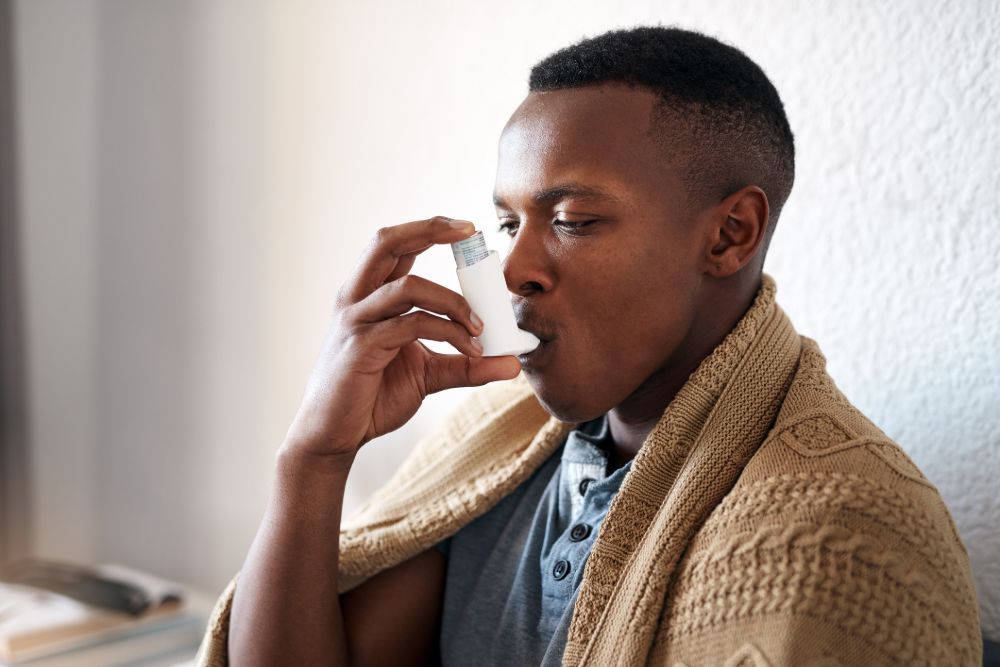 Often, people who experience wheezing frequently experiment with home remedies. Ginger is a staple in traditional medicines and has a wealth of research behind it. Its active ingredient, gingerol, relaxes muscles in the airway within a couple minutes of ingestion. There is also evidence that people who regularly consume fruits, vegetables, and omega fatty acids have lower instances of asthma-related inflammation. Vitamins C and E are particularly good at helping the body deal with the effects of allergies and oxidative stress. 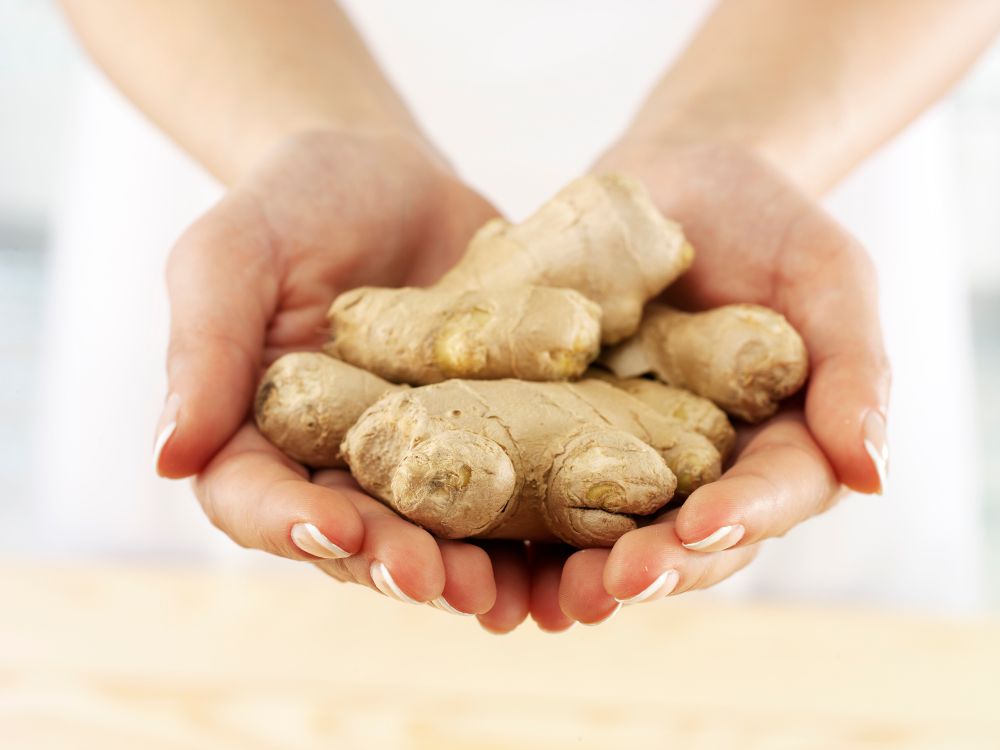