Sprains are injuries that occur when a ligament is stretched or torn. Ligaments are the tissues that connect two or more bones at a joint, providing stability and allowing the joint to move. There are four major ligaments in the knee: two collateral ligaments for side-to-side stability and two cruciate ligaments for stability during rotation and forward and backward movement. Various motions can damage each of these tissues.

One of the most common knee sprains in athletes is an anterior cruciate ligament or ACL injury. The ACL is one of the ligaments that form an "X" in the knee, stabilizing against front-to-back or back-to-front movements. This type of knee sprain occurs due to sudden stops or twists, changes in direction, extreme hyperextension, or impact to the outside of the knee or lower leg. 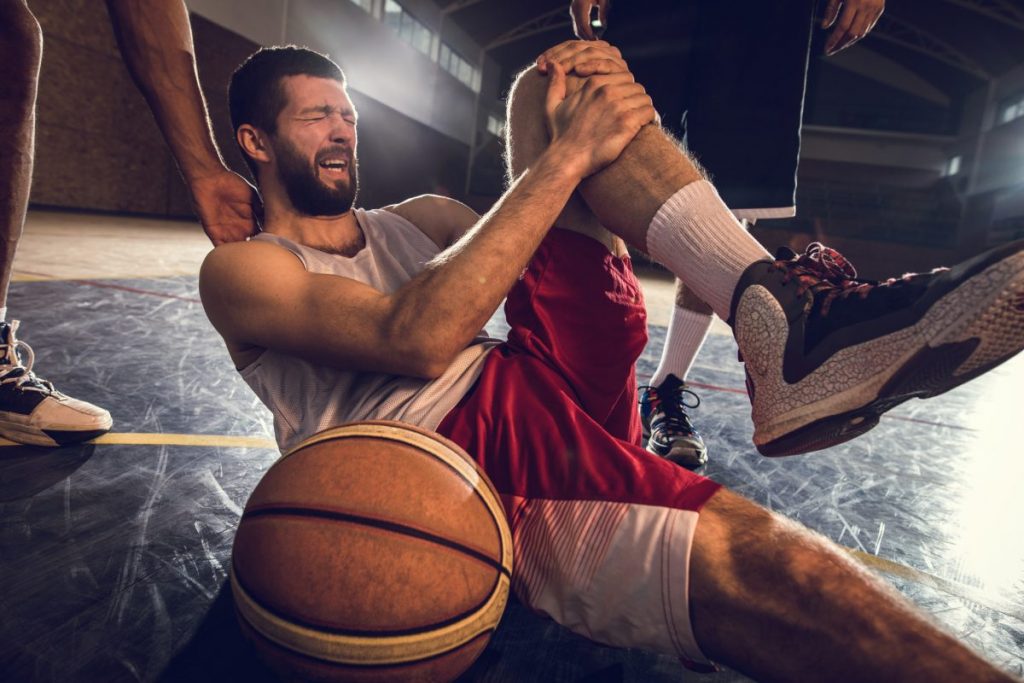 The posterior cruciate ligament or PCL is another ligament often sprained by athletes, particularly those playing rugby, soccer, football, or basketball. The PCL is the other half of the "X" that stabilizes the knee and its most often sprained by a direct impact injury, like landing hard on a bent knee or being kicked in the knee while playing sports. 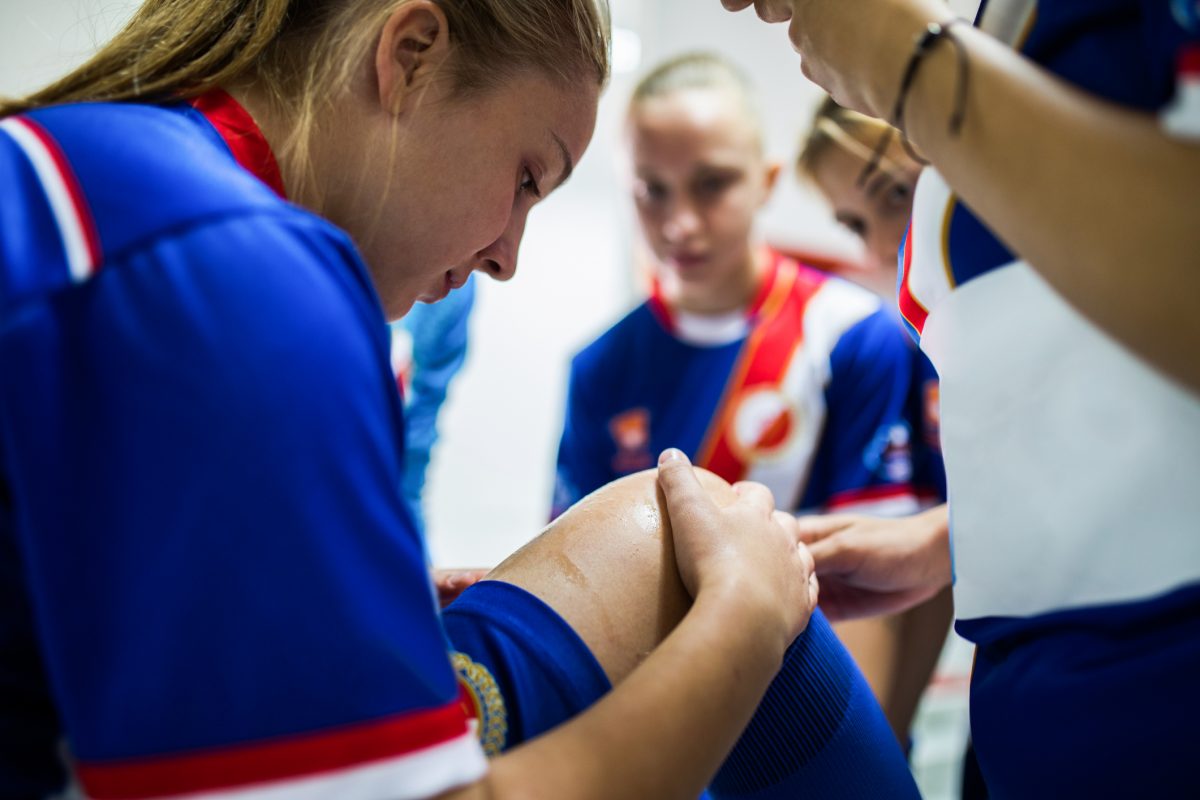 The medial collateral ligament or MCL supports the knee along the inner leg. Athletes prone to a knee sprain involving the MCL include those who play soccer, hockey, rugby, or football. This injury is caused by a direct blow to the outside of the knee or a severe outward twist of the lower leg. 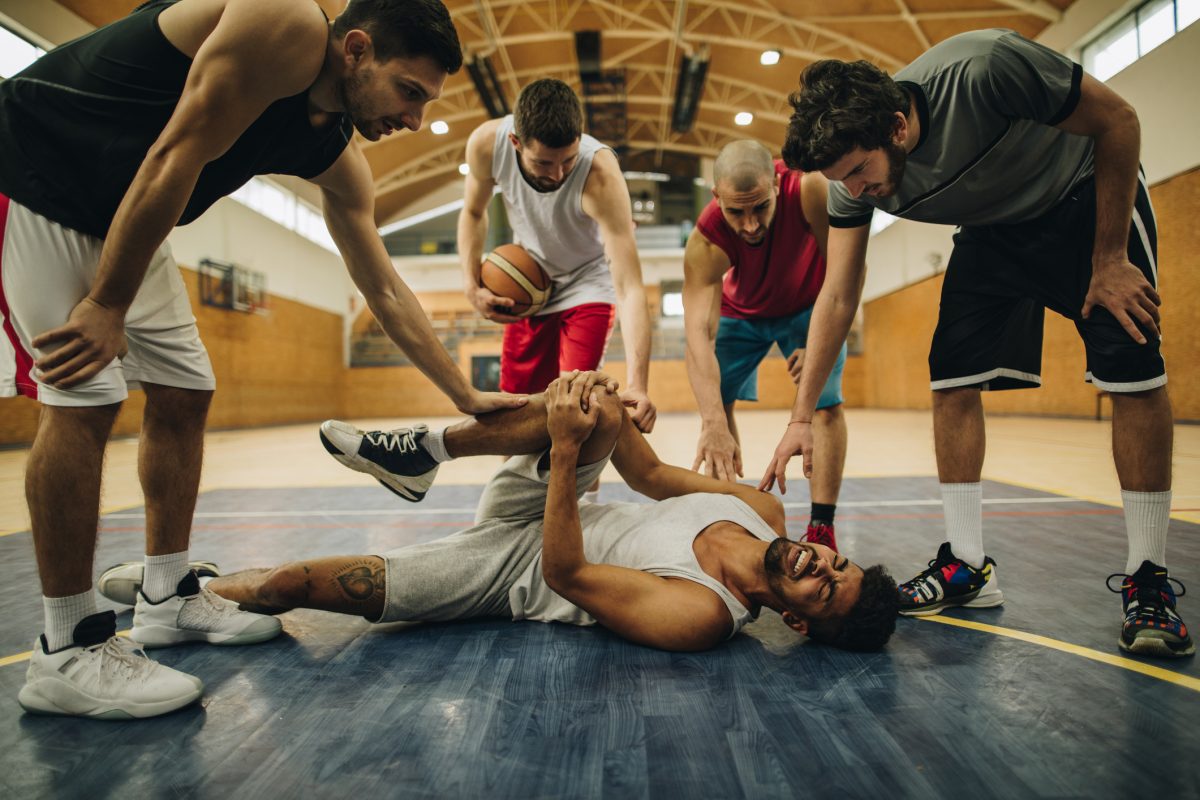 The final major ligament that can be affected by a knee sprain is the lateral collateral ligament or LCL. This injury most often occurs from a direct blow to the inside of the knee and occurs in athletes who play sports that involve quick stops and turns or violent collisions. Repeated stress to the ligament can also cause the LCL to lose its elasticity. 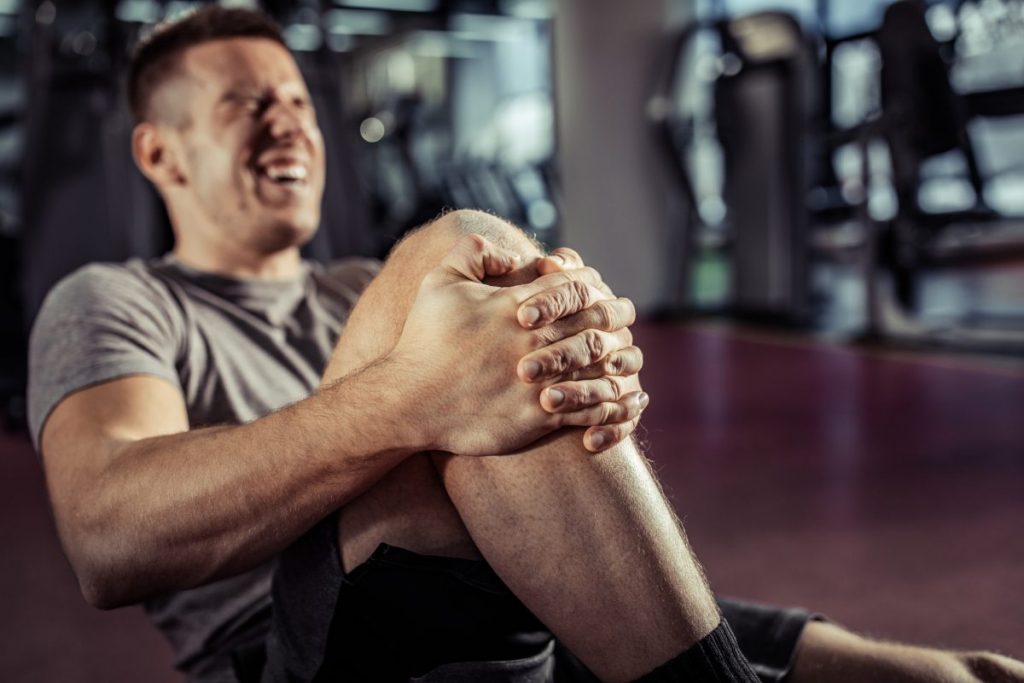 Signs of a Knee Sprain

Many signs of a sprained knee are similar, regardless of which ligament is involved. These include severe pain, rapid swelling, loss of range of motion, and a feeling of instability when weight-bearing. Some signs are specific to the ligament. For example, one hallmark sign of an ACL injury is hearing or feeling a pop in the knee. An LCL injury may cause numbness or weakness in the foot or locking in the joint when moving. 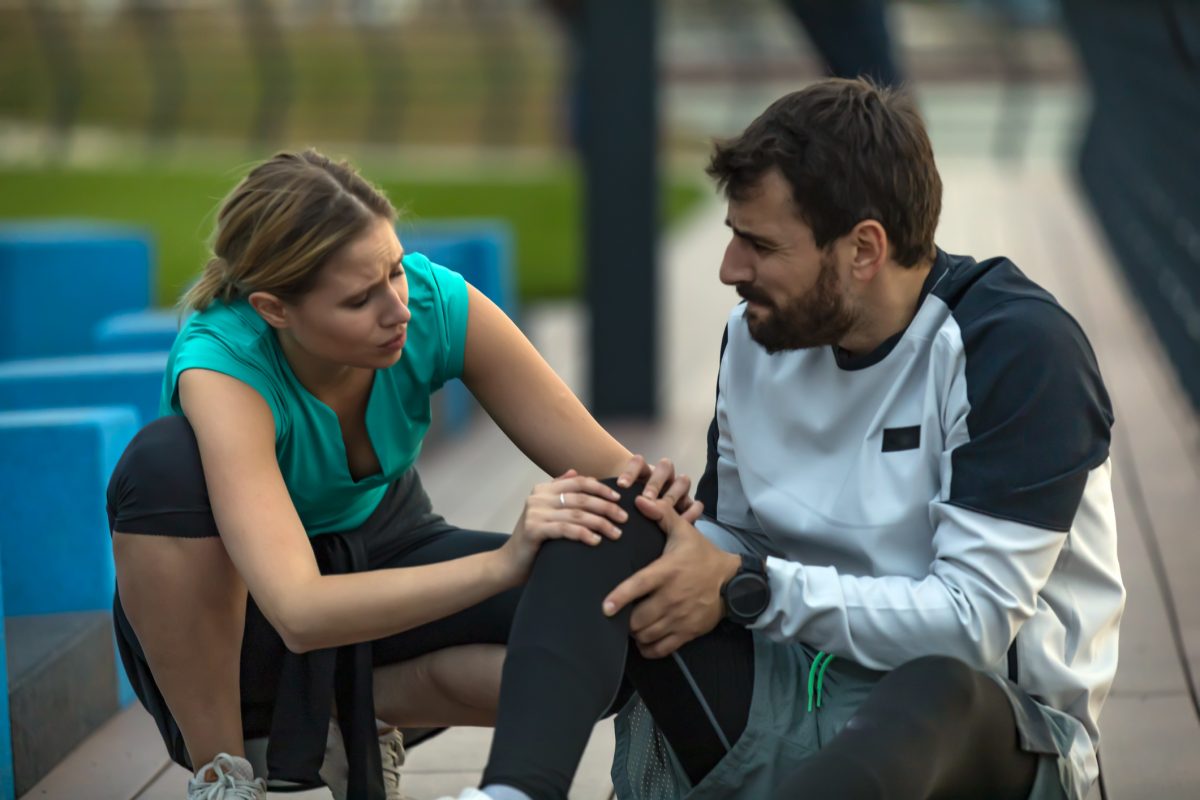 Doctors diagnose most knee sprains with a physical exam. They check for swelling and tenderness by comparing the injured and non-injured knees and assessing the range of motion. X-rays can rule out fractures, and an MRI can evaluate the extent of the injury. An ultrasound may be used to evaluate the surrounding tissues and the structure of the knee. 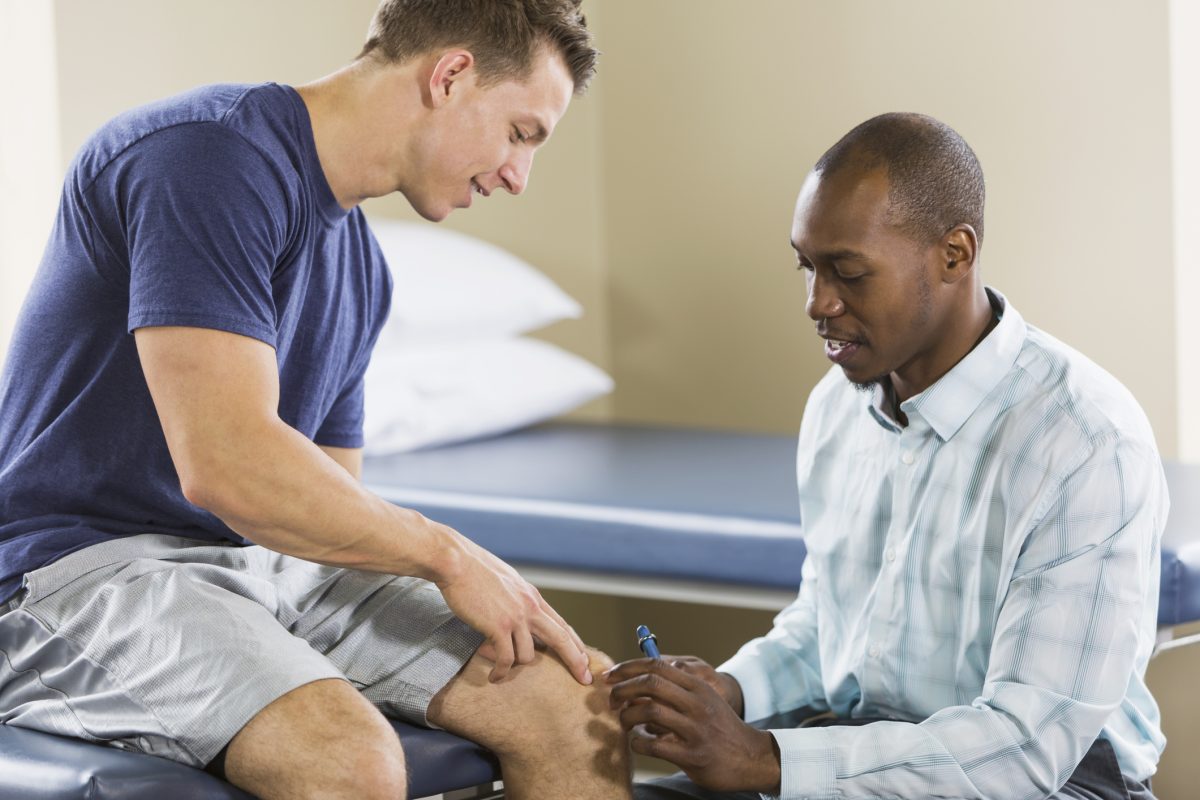 Knee sprains are graded according to the extent of the damage. In Grade 1 sprains, the ligament is mildly damaged or stretched but still able to maintain stability. Grade 2 sprains occur when the ligament stretches so much that it loosens. This is sometimes called a partial tear. The most severe sprain is Grade 3, which occurs when the ligament is split into two pieces, rendering the knee unstable. 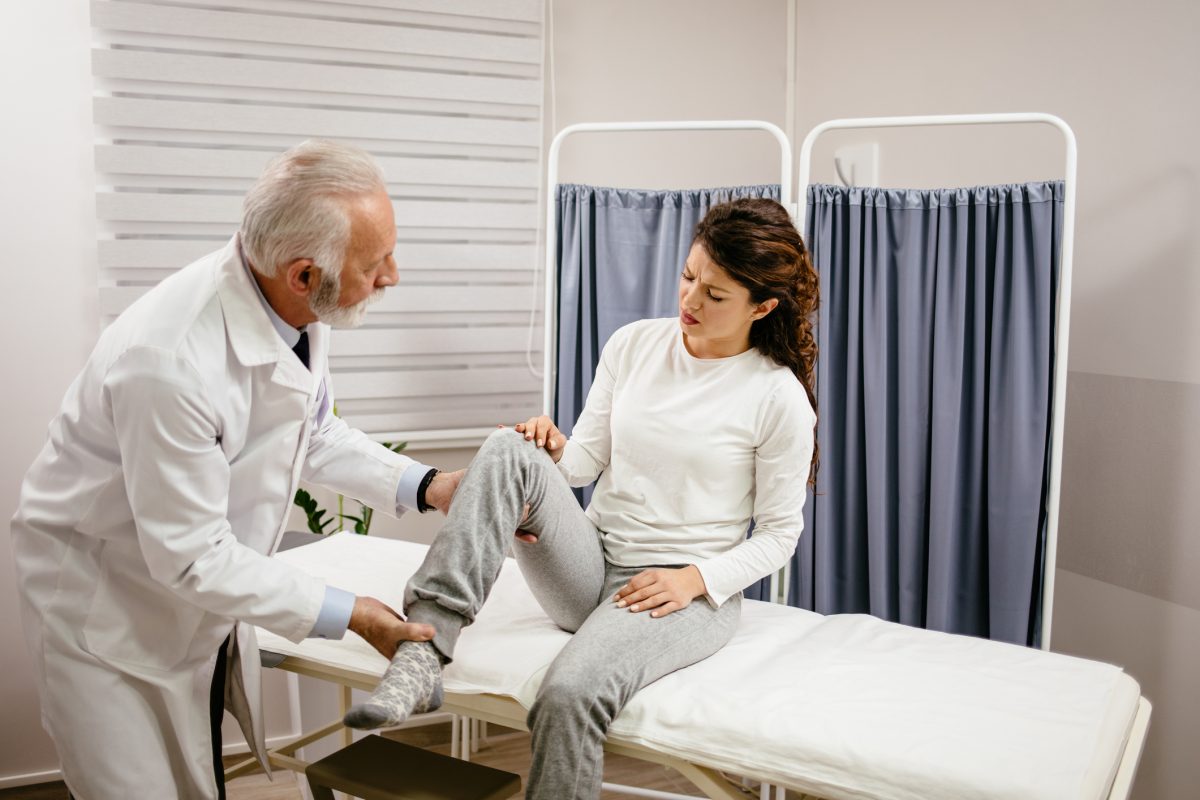 Most low-grade knee sprains heal without surgery. Doctors often recommend RICE therapy: rest, ice, compression, and elevation. A knee brace prevents the joint from moving excessively, and crutches prevent the individual from placing too much weight on the injured leg. Rehabilitation after recovery is important, too, as strengthening the muscles in the leg can help prevent future injuries. 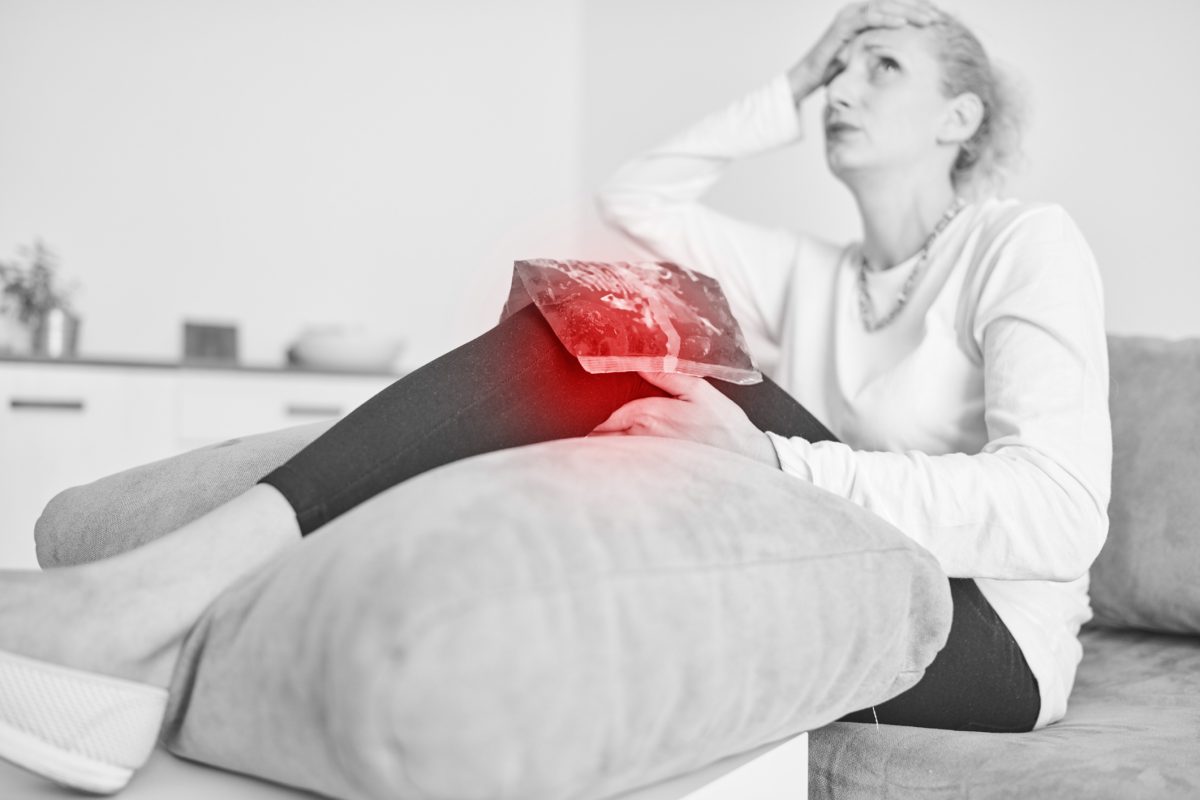 For combined injuries involving multiple ligaments, or for Grade 3 sprains, surgical treatment is often necessary. If ligament repair is not possible, the patient will require a graft. The surgeon takes tissue from another part of the body and uses it to reattach the ligament to the bone. Most knee surgeries are arthroscopic, a method that involves small incisions and is less invasive than open-knee surgery. As a result, patients experience less pain and faster recovery. 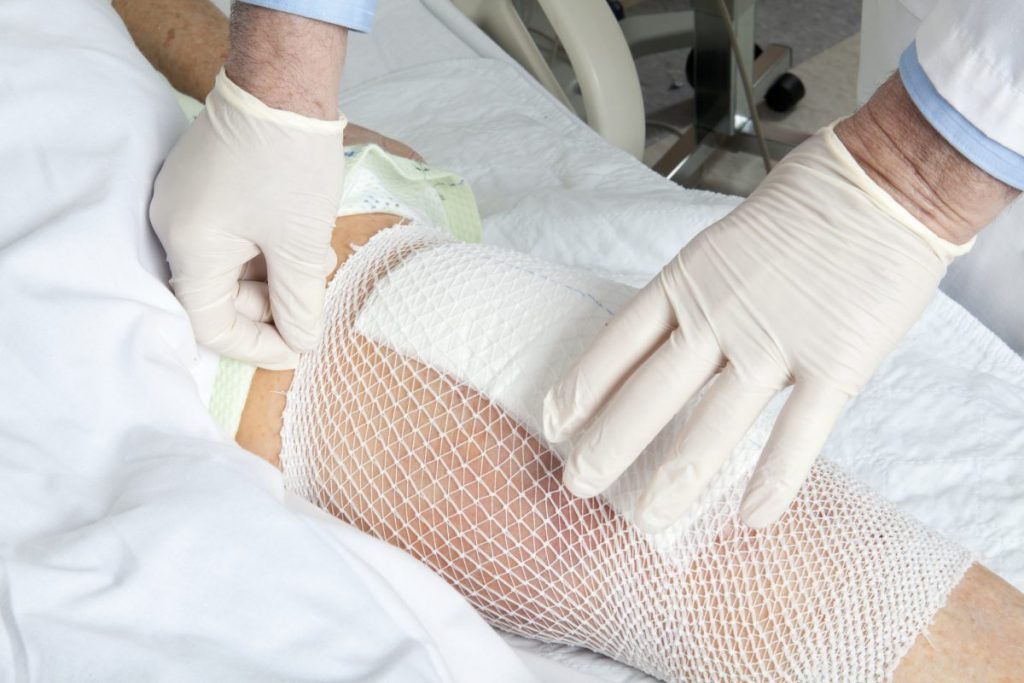 After surgery, significant rehabilitation and physical therapy ensure a successful recovery and restore stability to the knee. After experiencing a serious knee injury, some athletes are unable to return to their sport for a year or more. Physical therapists and doctors perform multiple tests to determine the stability, strength, and readiness of the athlete before clearing them to play again. 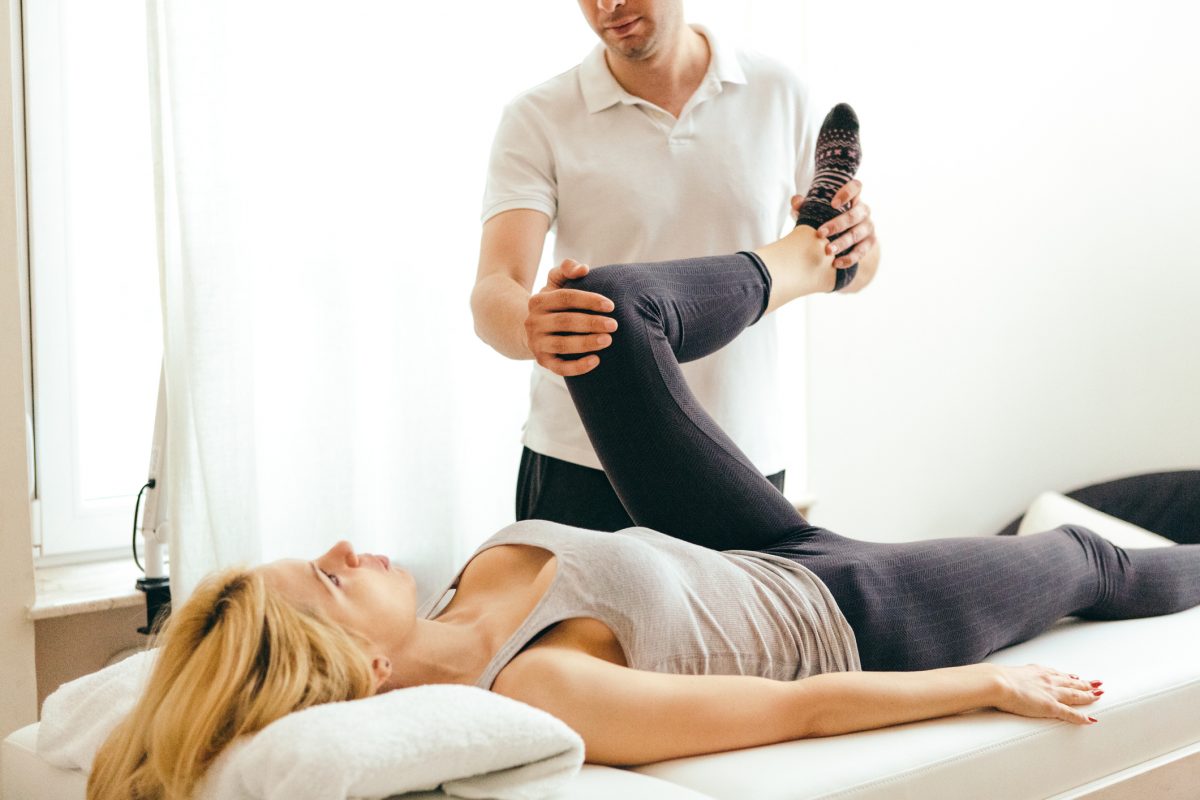