Where Are the Hottest Places on Earth?

Everyone wants to live in a place where the weather is nice, but in a few places in the world, extreme temperatures can be a challenge to mere survival. These locales feature more than just sunny days suitable for laying out at the beach; some of them can actually boast world-record setting heat at temperatures prohibitive to most life forms. Even if the hottest places on Earth aren't your first vacation choice, they do show the remarkable diversity of conditions we can experience on our planet.

Death Valley is a low basin area within the Mojave Desert, on the eastern edge of California. It's further below sea level than any other place in North America, and even though it's one of the hottest places on earth, it actually supports a diverse variety of life. Humans don't live there because the record-setting 127-degree temperatures are just a little too balmy, but they do visit to see some of the majestic natural wonders of this unique hot spot. 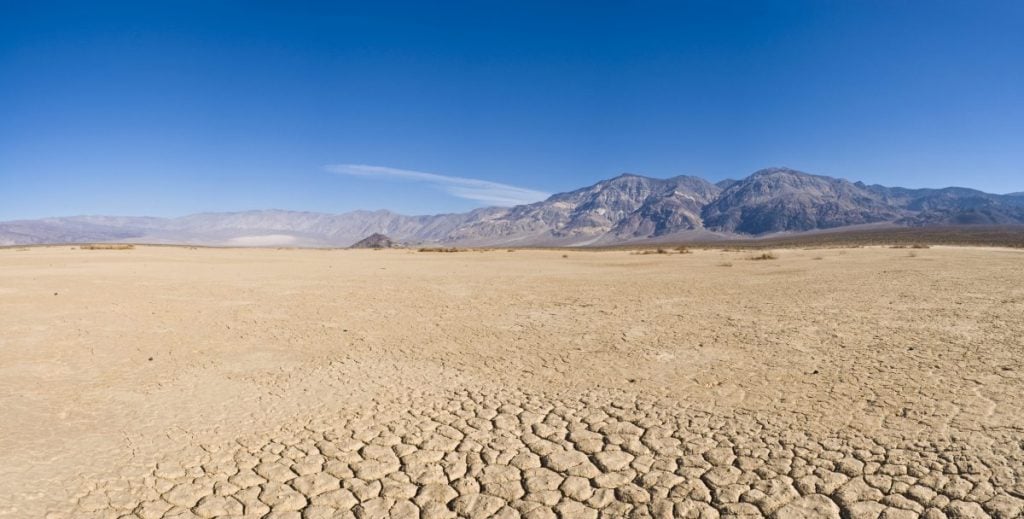 Australia is an enormous country, and Queensland is one of these states, in the northeast corner of the continent, bordered by both the Pacific Ocean and the Coral Sea. Perhaps this added moisture accounts for its intense heat levels--in some places, summer temperatures can reach 120 degrees F for several days in a row. Not all parts of Queensland are this extremely hot, however, and the state does boast both populated cities, and renowned tourist draws in the more moderate areas. 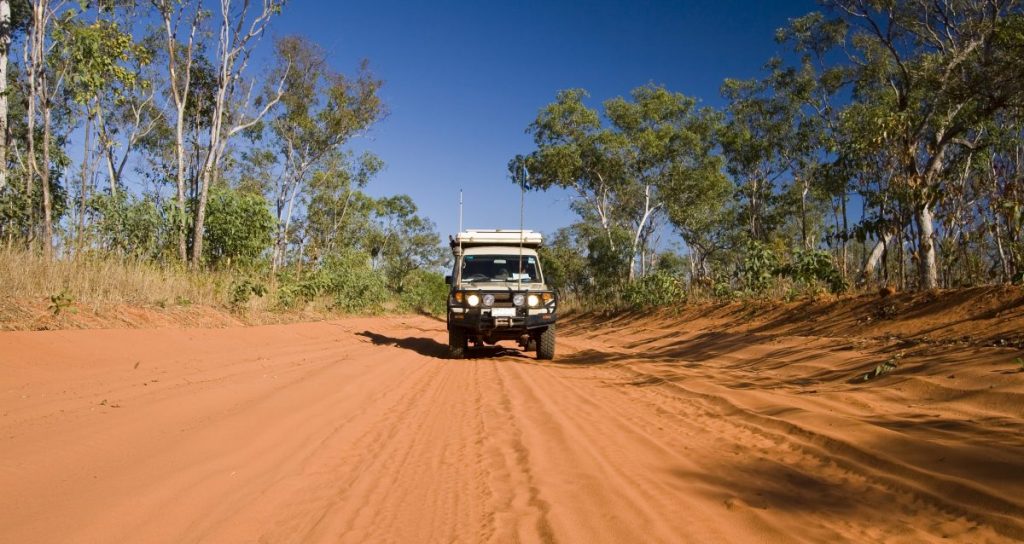 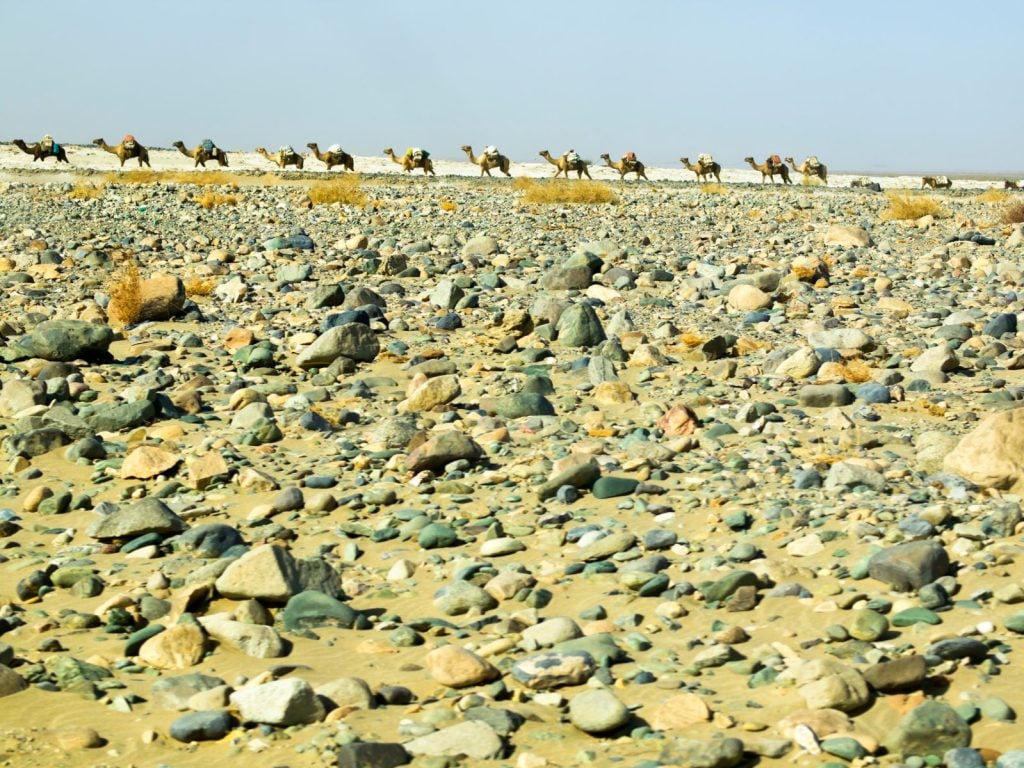 The Republic of the Sudan is in the eastern part of Africa, and the city of Wadi Halfa is in the far north of the country, on both the Nile River and Lake Nasser. It has been continuously inhabited since ancient times, probably due to its strategic location, and definitely in spite of the extreme heat! Although it is on the Nile River, its climate is that of the surrounding desert; records show that it is sunny 98% of the time and gets few cloudy or rainy days. Summers are blisteringly hot, with average temperatures reaching 118-119 degrees F, and their short winters average temperatures in the mid-70s F but can reach the mid-90s. 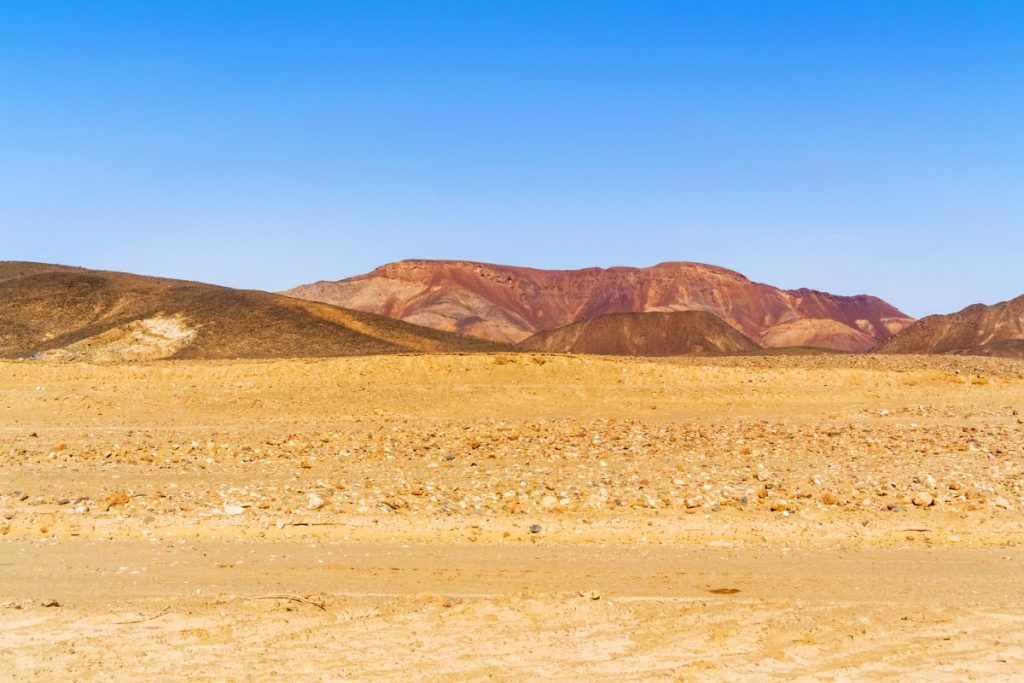 Tirat Zvi, in southeastern Israel, is a unique community. Not a town, but a religious kibbutz, or dedicated community, it brings together several different traditions of Judaism in a life of prayer, study, and work to support the community. It is 220 miles below sea level, and did hold the record for the highest air temperature in Asia, at 129 degrees F. That record has been disputed, but the fact remains that it was plausible--which means it gets nearly that hot in Tirat Zvi! 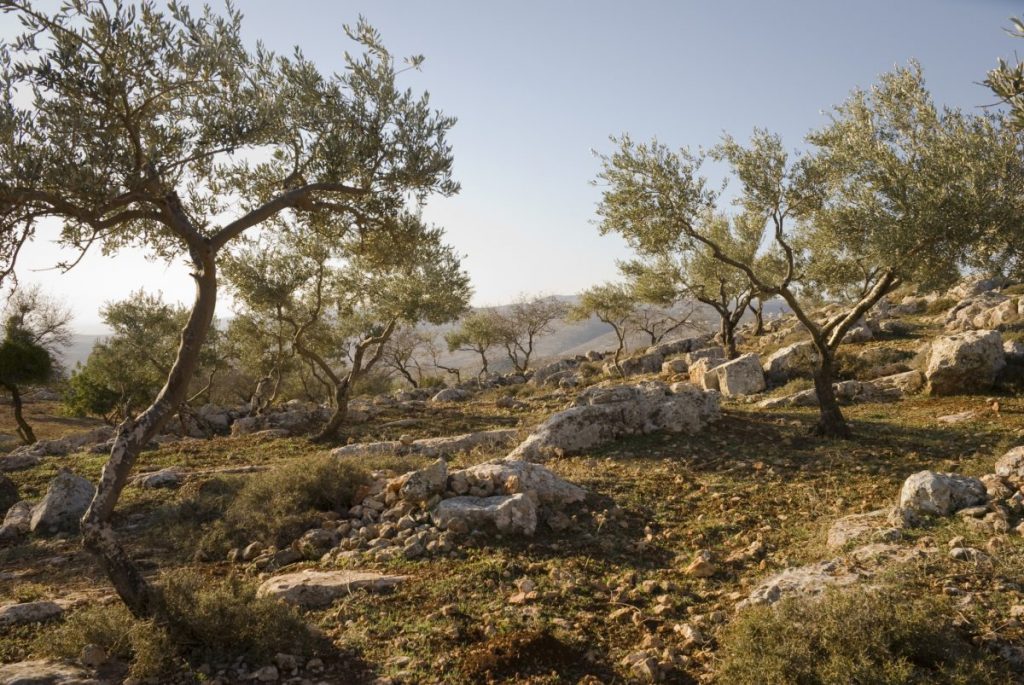 Timbuktu is an ancient city in Mali and has been a crossroads of trade and culture for over a thousand years. In recent centuries it has become a worldwide center of eastern scholarship and the international book trade. These accomplishments are remarkable considering that Timbuktu extends into the Sahara Desert, with summer temperatures averaging around 105 degrees F, but frequently reaching up to 120. Even in other times of the year, average temperatures are in the upper 80s. 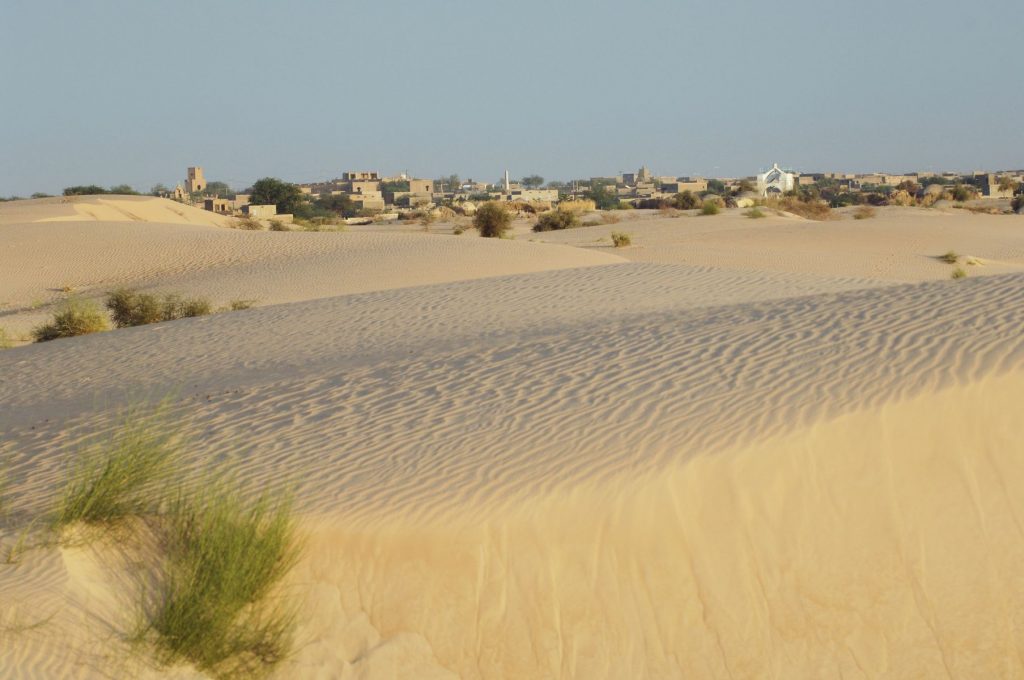 Kebili, on the northern tip of Africa, is a settlement on one of the largest oases on the continent. It has been around for about 200,000 years, due to its life-saving supply of clean water in this hot desert region. The average summer high temperatures reach 110 degrees F, and the yearly average, which includes winter months and nighttime lows, is around 90. In addition to these high temperatures, the winds called the Ghibli blow scalding air and sand over the region, making the oasis an even more strategic refuge. 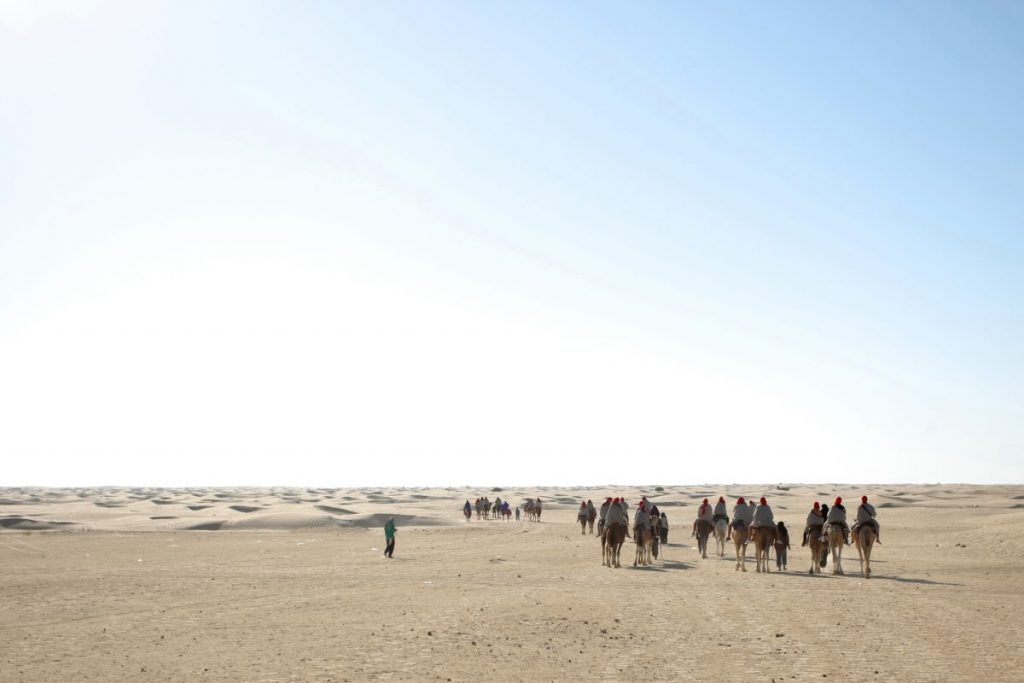 Cape Town is the capital city of South Africa, in the horn of Africa, and usually has a moderate, even luxurious, Mediterranean-type climate. It is located in a mountain valley leading down to a long shoreline and is a popular destination for tourists. But for a few weeks a year, the Berg Wind blows down from the mountains, and surprisingly makes the area uncomfortably hot for residents. In those weeks, temperatures reach well over 100 degrees F, sometimes up to 110 degrees. 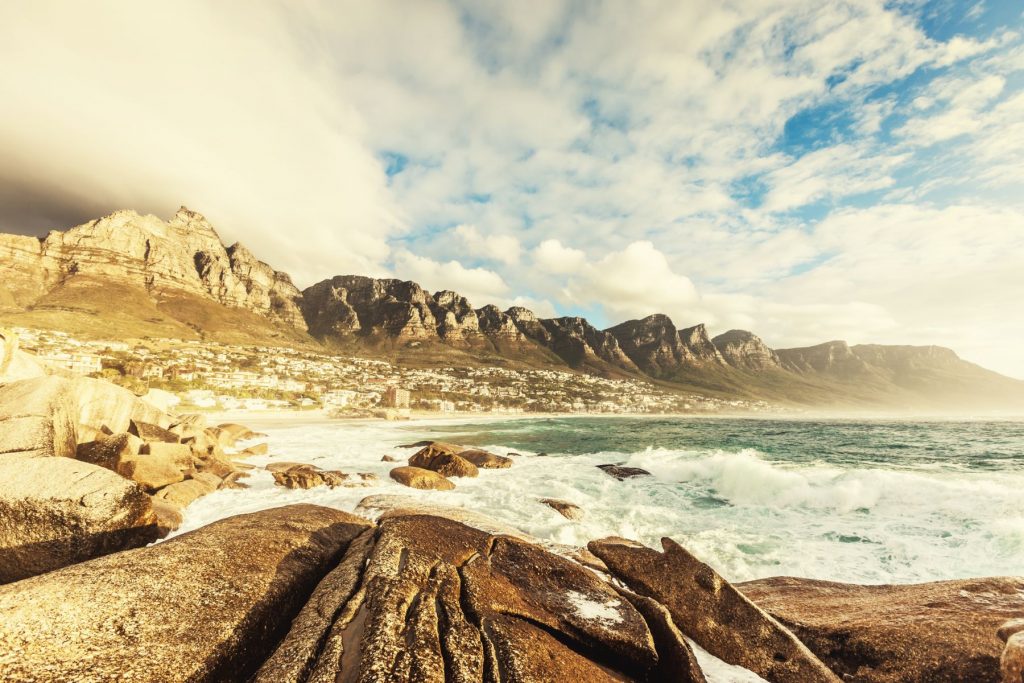 Bangkok is the capital of Thailand and located at the mouth of the Chao Phraya River. It's very populated and humid since the river delta creates wet, swampy land. Thailand has three seasons--hot, monsoon, and cool--though it is relatively hot all year around. The lowest temperatures are in the lower 70s F, and the highest ones reach up to around 105 F. But keep in mind that the river-mouth location and the Asian monsoon cycle, means that the city lives with near 100% humidity all the time. 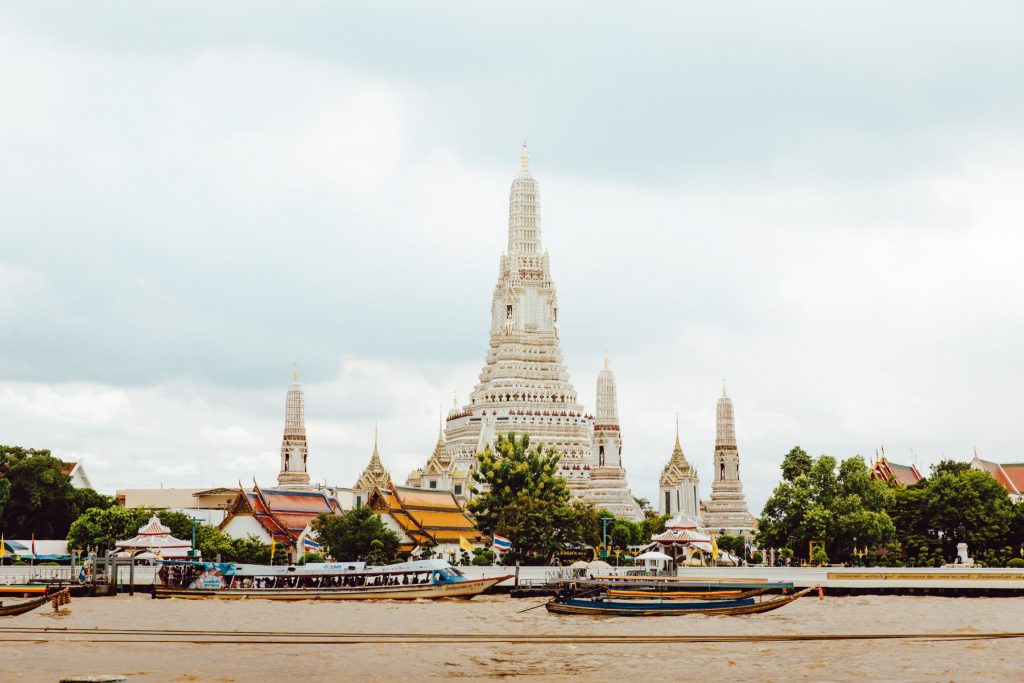 The Flaming Mountains, also called the Gaochang Mountains, rise up outside of Hong Kong in China. The mountains get their name from the red rock and mineral deposits that they are made of, and are largely uninhabited. This is partly because the rock and soil are unsuitable for growth, but also because the Flaming Mountains are the hottest place in China, and one of the hottest in the world. A satellite data point in 2008 estimated the soil temperature at an unbelievable 152 degrees F! 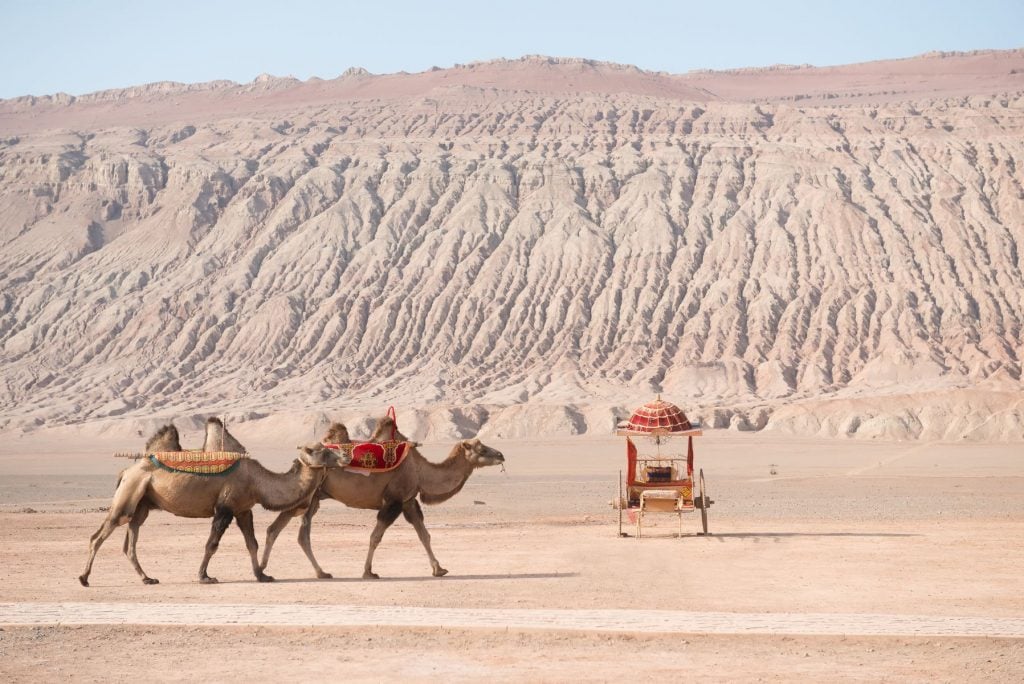