The sprawling plains, harsh deserts and towering mountains of the American West have long inspired tall tales about mythical creatures. Imagine coming across a previously unseen being hiding in those vast, empty expanses. According to legends, these "fearsome critters," hide from humans and possess a wide range of often magical abilities. Usually, the description of their appearance is almost comical - sometimes as a hybrid of two very real animals. One of the most popular of these fearsome critters is the jackalope, which might lurk among the plains of Wyoming, Colorado, New Mexico, and Nebraska.

Essentially, jackalopes are said to be rabbits or hares with horns or antlers. The name is a mix of jackrabbit and antelope, although descriptions of them vary. In some cases, jackalopes are more akin to cottontail rabbits than to jackrabbits, and they're often depicted with deer antlers rather than the smaller antlers of pronghorns and African antelopes. 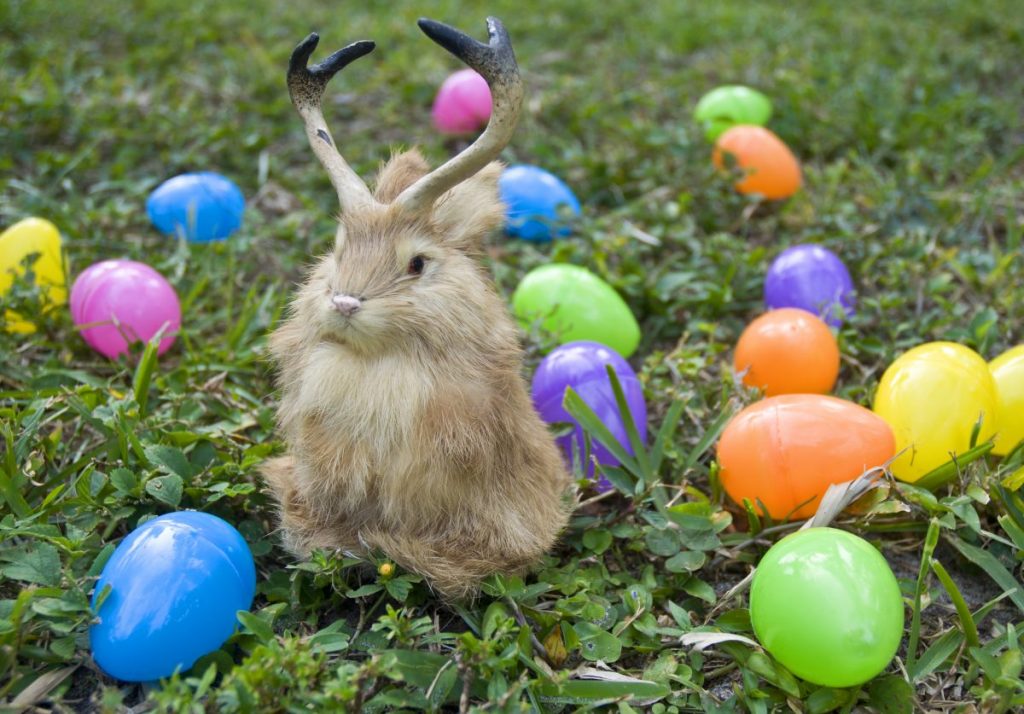 If they exist, Jackalopes are reclusive by nature, which is why humans so rarely spot them. However, they have strong personalities and can be aggressive when approached, using their horns to fight off anyone who tries to capture one. Cowboys and mountain men of the Old West claim that jackalopes could mimic human voices and often sit in the darkness outside of campfires to do so. They can supposedly run up to 90 miles per hour, making them the fastest animals on Earth. 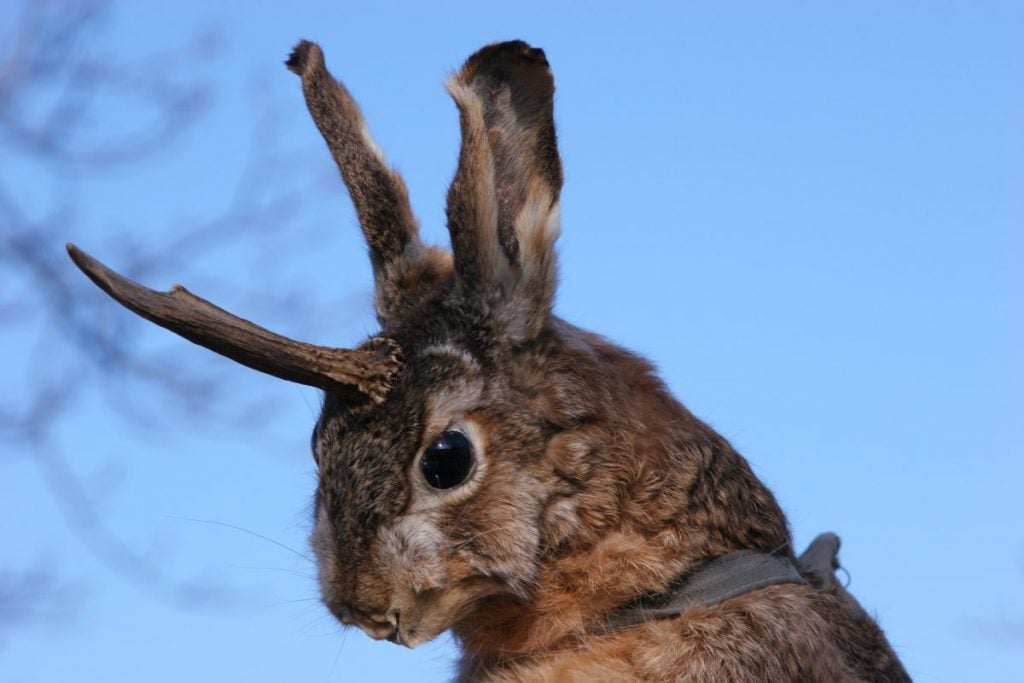 The History of the Jackalope

Descriptions of jackalopes have been around since European settlers first ventured into what would become the western United States, with sightings dating back to the 1600s. Curiously, however, there are no recorded mentions of them in local Native American folklore or oral histories. Although there are tales of horned rabbits from Europe and Central and South America. Jackalopes became particularly popular in the 1800s and early 1900s when travelers shared stories about these and other fearsome critters to entertain themselves on the road. 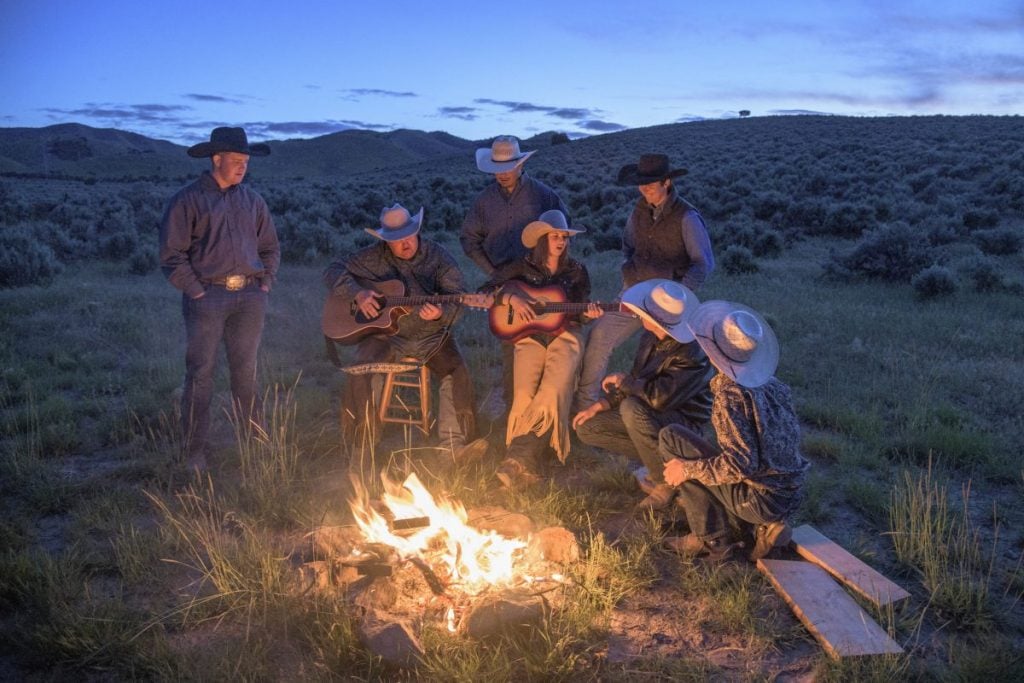 While there may have a long history of oral legends and drawn artwork, the first physical specimen of a jackalope dates back to 1932, when Douglas Herrick of Douglas, Wyoming, went hunting with his brother. The teenage brothers had an interest in taxidermy, and when they returned, they placed the jackrabbits they'd caught among their taxidermy supplies. One happened to come to rest next to a pair of deer antlers, which inspired Herrick to begin creating fake taxidermy jackalopes. These proved remarkably popular and became a small industry. 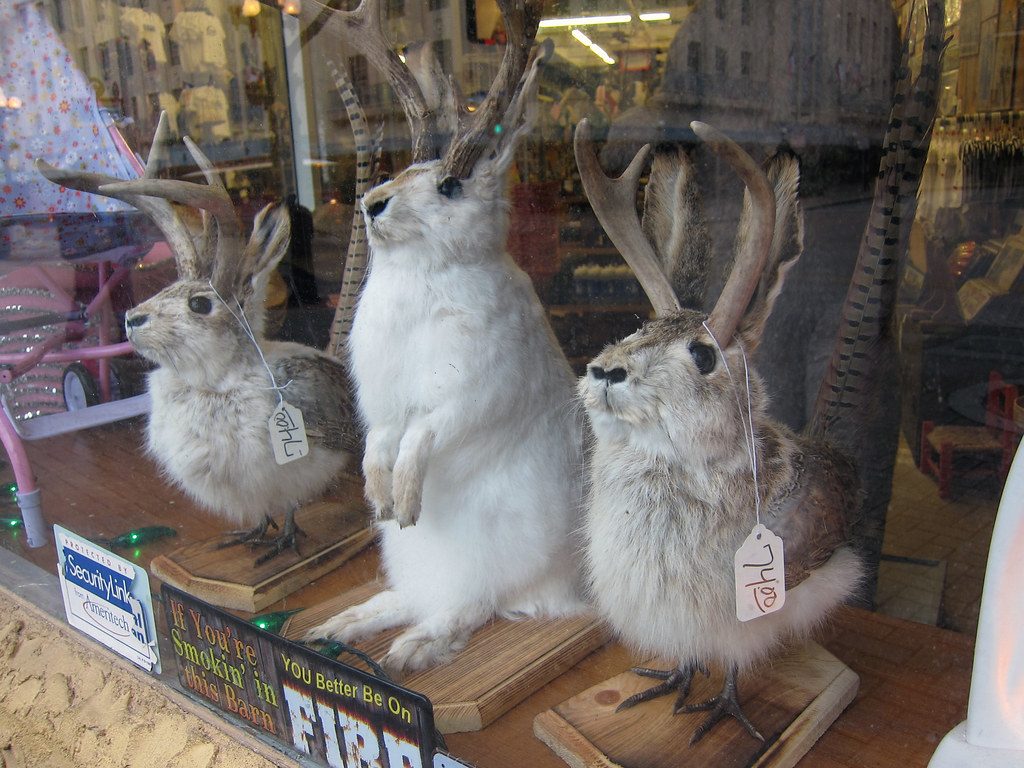 The Jackalope Capital of the World

Due to Herrick's work, Douglas, Wyoming, is the "Jackalope Capital of the World." Every year, the town holds a festival celebrating all things jackalope. Several statues of them can be found throughout the city, including one that is eight feet tall and made of marble. The local Chamber of Commerce even offers jackalope hunting licenses. Interestingly, they are only good on June 31st, a day that doesn't exist. Furthermore, the jackalope is the official mythical creature of Wyoming. 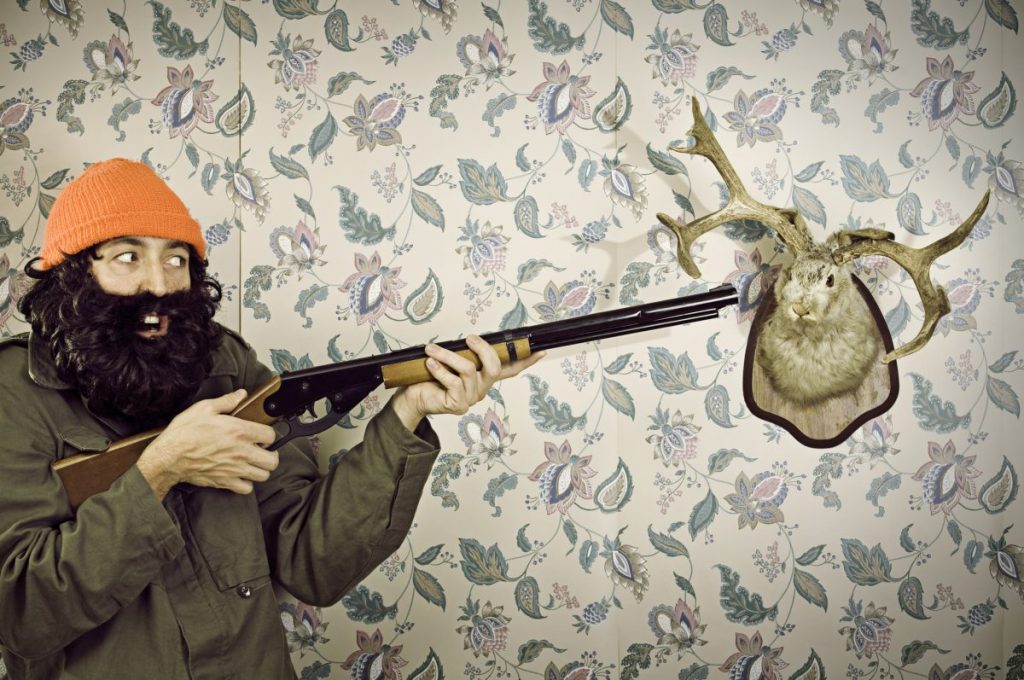 Although some people believe that jackalopes are real, and others claim that they did once exist but have gone extinct, there is no evidence to suggest that jackalopes were ever a real creature. Instead, they probably were a combination of confused sightings of real jackrabbits, tall tales, and practical jokes played on travelers who were new to the wild expanses of the Old West. 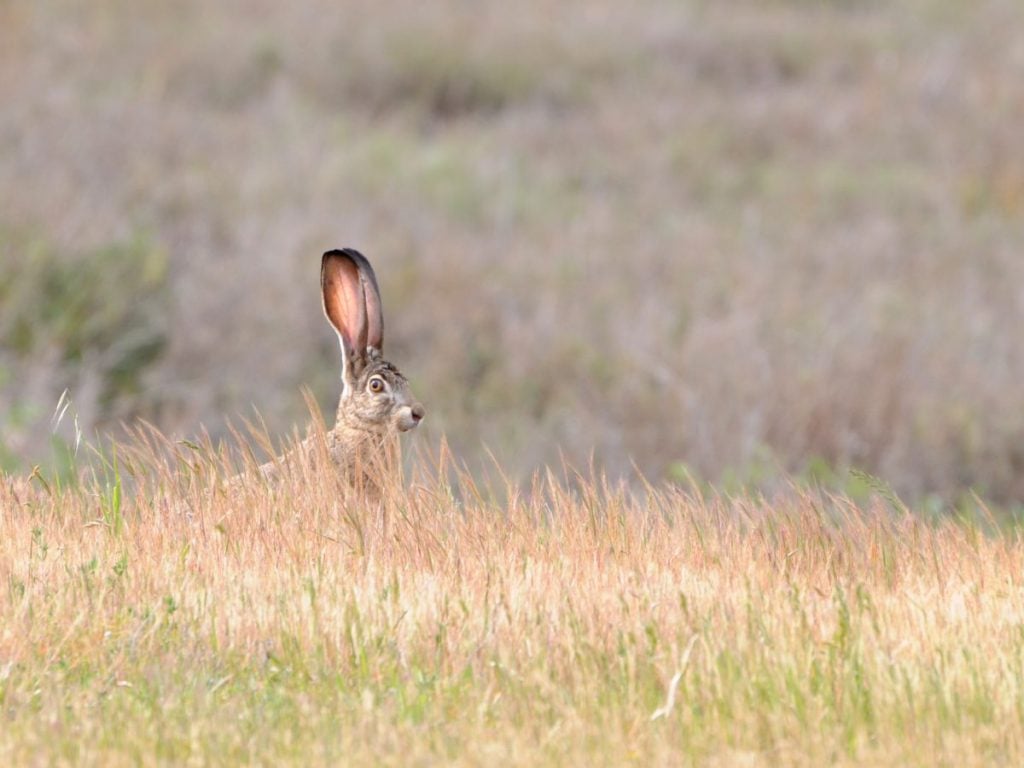 There may be a small amount of truth to the jackalope legend. One popular theory is that early jackalope sightings, as well as stories of horned rabbits in other parts of the world, may be caused by a disease called Shope papilloma virus. This contagious illness causes rabbits to grow tumors on their heads and necks, which often resemble horns. Researchers theorize that early Americans saw rabbits with this disease and, not knowing any better, assumed they were born with the horns. 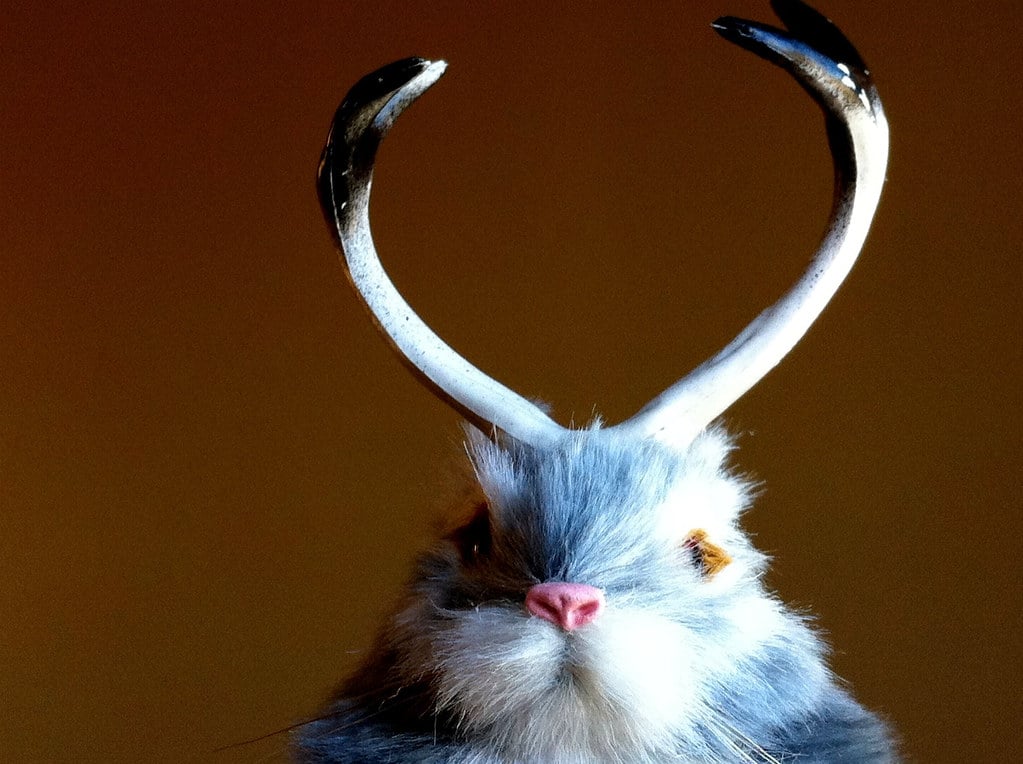 In modern times, it's easy to get your own jackalope. Taxidermy jackalope heads are available at many western tourist destinations, or you can order them online. If you head into jackalope country, particularly around Douglas, Wyoming, you'll also find a variety of souvenirs. One particularly interesting one is jackalope milk, which is rumored to have medicinal properties. However, due to their aggressive nature, it is tough to procure. Jackalope milkers have to cover themselves in suits of armor and use whiskey, the jackalope's favorite drink, to lure the creatures to them--or so the legend goes. If you prefer a tamer sort of souvenir, you can easily find all sorts of common items decorated with images of jackalopes. 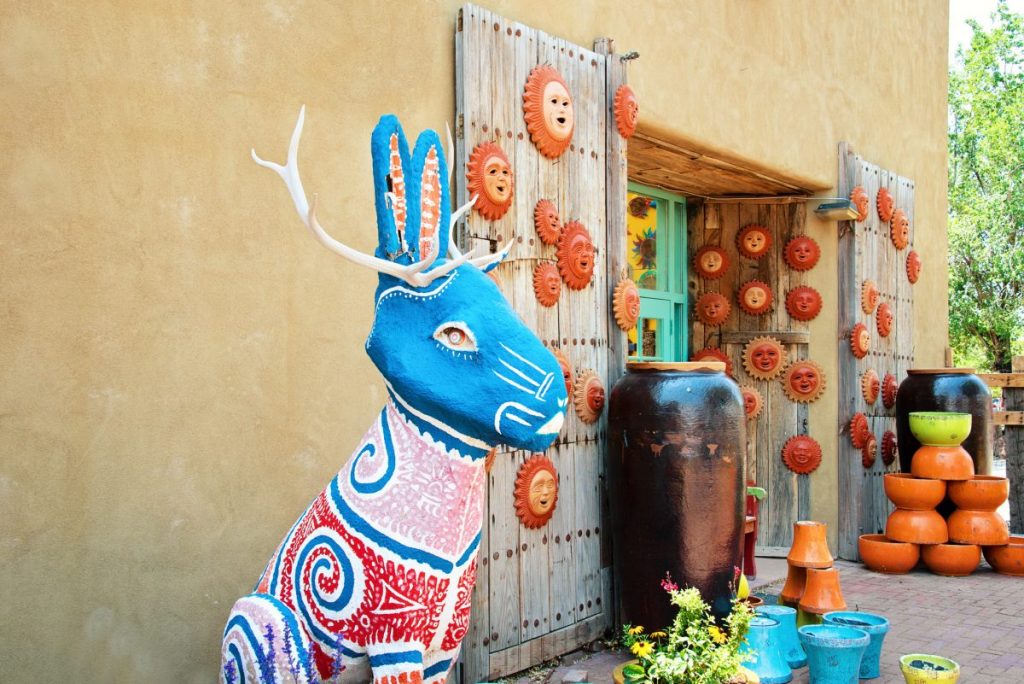 Jackalopes are such an iconic creature that they've frequently been used in movies, television shows, books, and other media. A puppet version of one was a recurring character on the show America's Funniest People hosted by Dave Coulier, and several musical groups have used the animal as a name or logo, including one featuring R. Carlos Nakai, the famous Native American flute player. They also appear in the popular video game Red Dead Redemption. 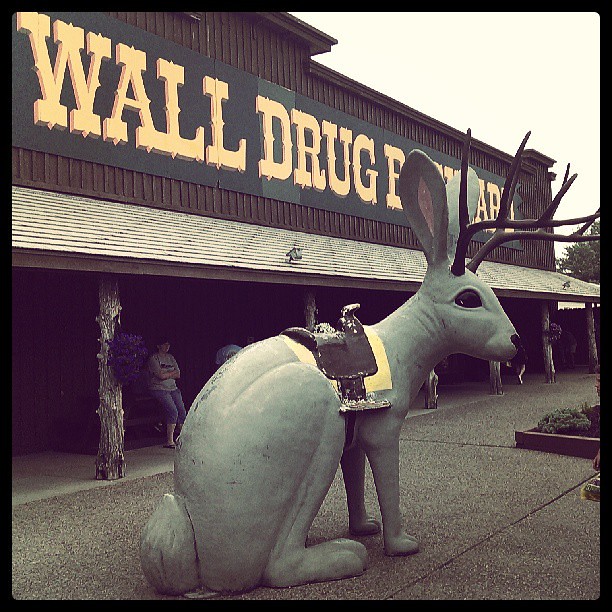 Other Fearsome Critters of the West

While the jackalope may be one of the best-known fearsome critters, it wasn't alone in western folklore. Legend has it that if you wander into the American Southwest, you may also run across a cactus cat, a feline-like creature with hair like cactus spines, or a hoop snake, which looks like a regular snake except it travels by biting its own tail and rolling like a wheel. 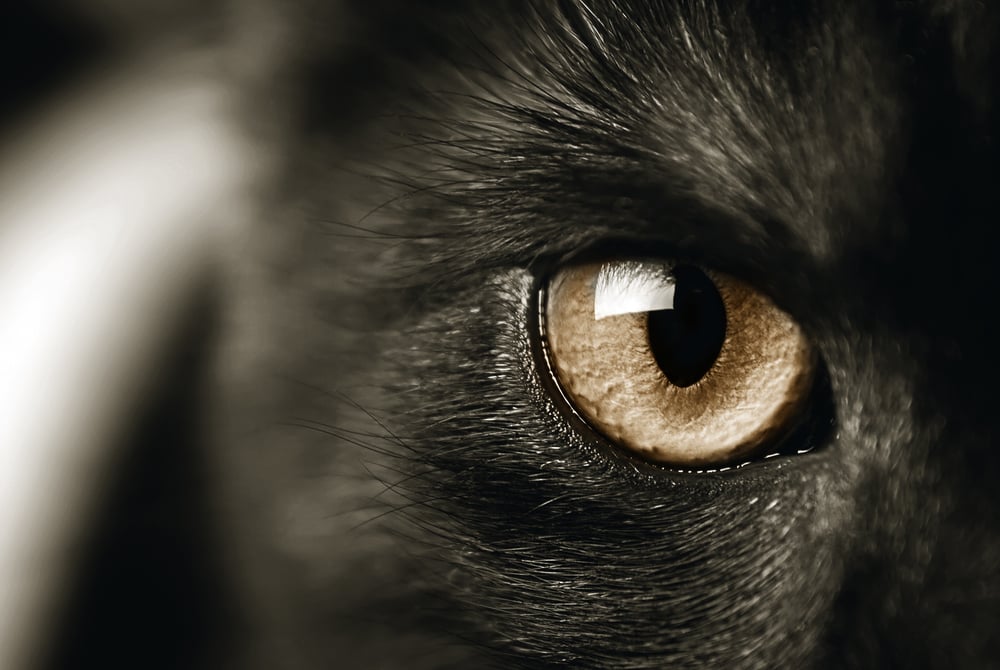