What Happened to The Nation's Fastest Shrinking Cities?

You can't stop progress, but you can prepare for it. That's why we're taking a look at the fastest shrinking cities in America. Many of these cities have been on the decline for decades, and are located in Rust Belt states like Ohio, Michigan, and Illinois.

These formerly booming industrial centers were once powerhouses of American industry but now they're slowly fading away as people move in search of places with better prospects.

Although many of the shrinking cities are places in economic decline, some are prosperous cities that are likely shrinking due to a lack of new housing and poor housing affordability.

In 2020, Baltimore’s population fell below 600,000 for the first time in more than 100 years. In 2015, a Baltimore Neighborhood Indicators Alliance report identified key factors that make people want to leave the city. Amongst those listed were litter, property crime, vacant housing, sub-standard public schooling, and a lack of parking. Unfortunately, the city famous for its crab cakes also has a major problem with violence. The number of annual murders rivals much bigger cities, like Los Angeles. Baltimore was the first place in the United States to build an umbrella factory. 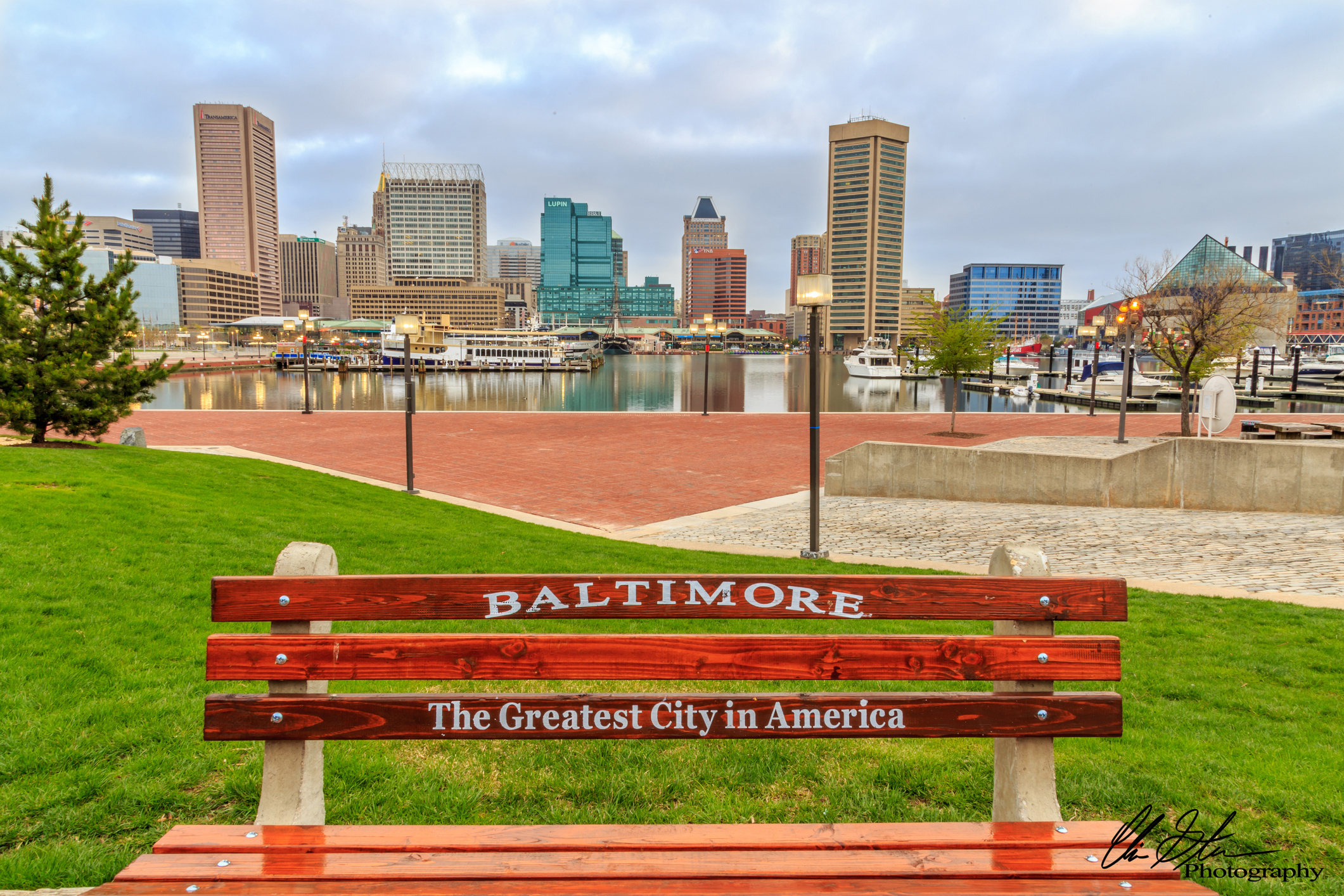 Pittsburgh is one of the oldest metropolitan areas in the nation. It’s also home to the world’s first Tyrannosaurus Rex fossil and known as the City of Bridges because it has more bridges than any other city in the world. In 2019, it was named the third most liveable city in the United States, however, the city’s population is in steady decline. Artist Andy Warhol was born in Pittsburgh, and The Andy Warhol Museum holds the largest collection of his work. Pittsburgh is also the home of the emoticon. 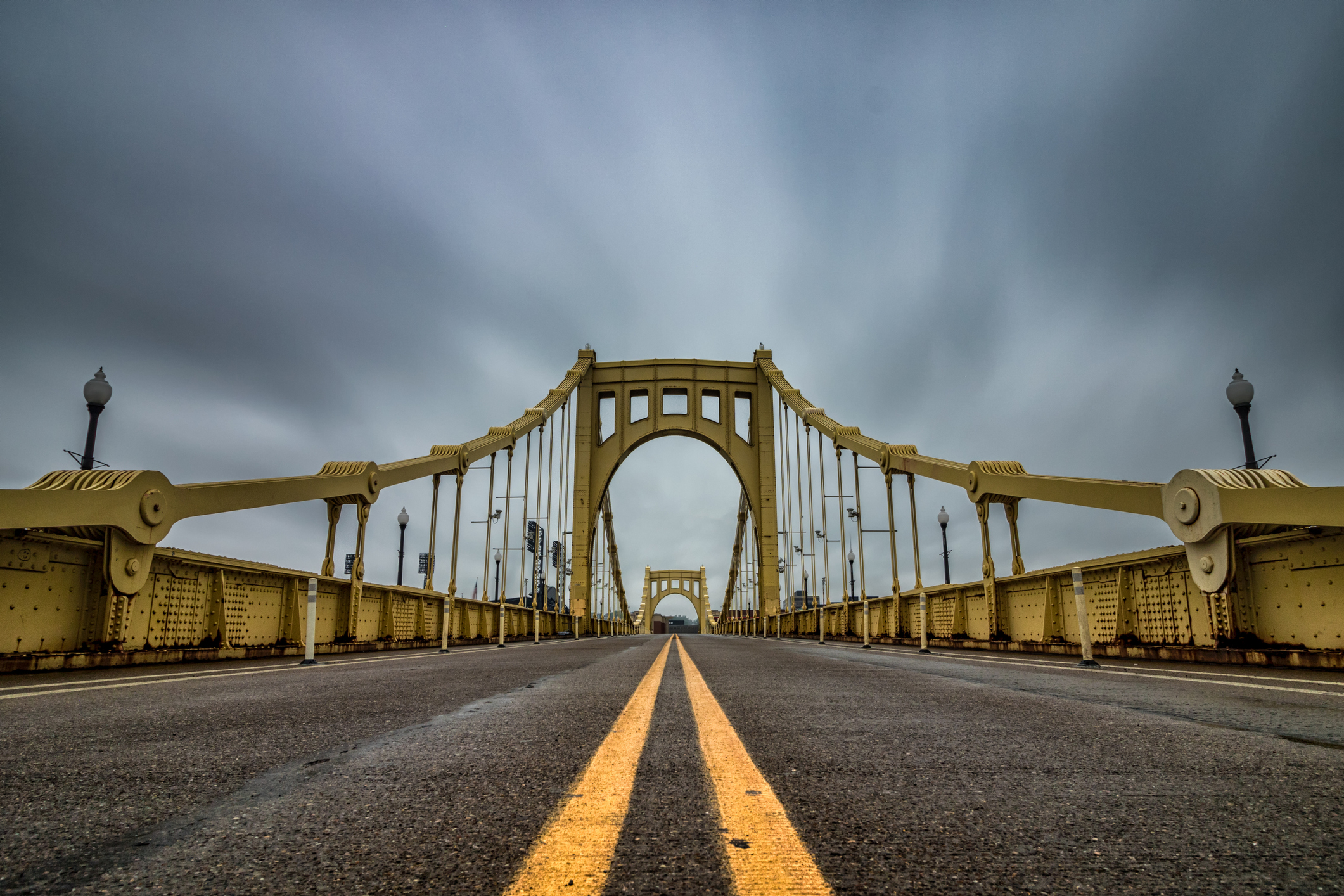 St. Louis is another shrinking city with a significant crime problem. The city known for its bars, dance clubs, and restaurants hit 87 murders per 100,000 residents in 2020. That’s the city's highest homicide rate on record since 1970. St. Louis is the second-largest city in Missouri and was named after Louis IX of France. Both the ice cream cone and 7-Up were invented in St. Louis. 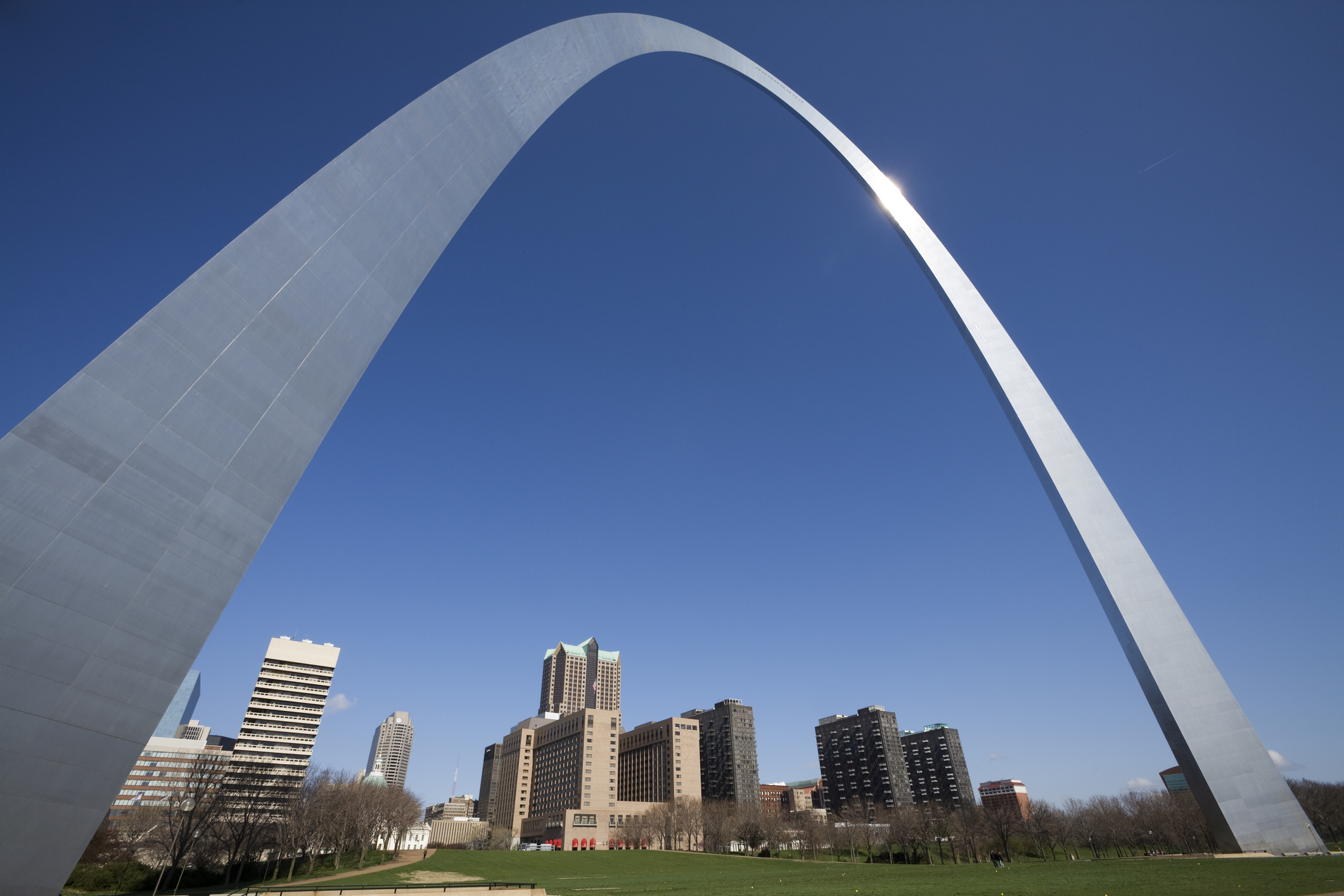 Cleveland is known for its professional sports teams, the Rock and Roll Hall of Fame & Museum, as well as its iconic food like the Polish Boy, a sausage sandwich covered in French fries, BBQ or hot sauce, and coleslaw. The city has a high crime rate and, in 2019, 46.1% of Cleveland's children were living in poverty. Cleveland is the fifth-fastest shrinking large city in the country, with its population currently falling at an annual rate of 0.5% since 2014. It's part of a trend that started long ago in 1950 when the city peaked at more than 914,000 residents. 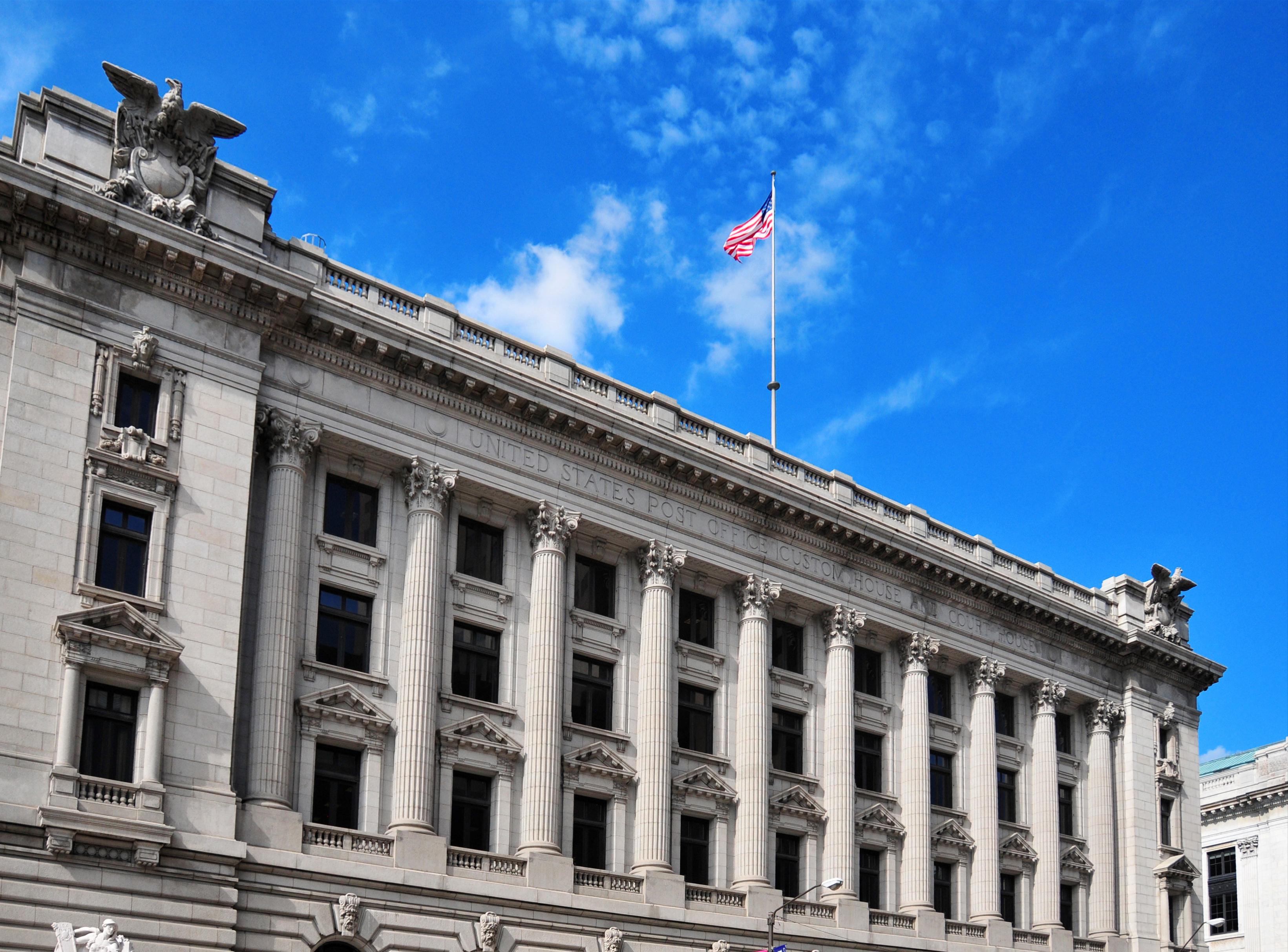 Alaska's economy has struggled in the past, particularly with high unemployment rates. There is an estimated population of 1,500 moose living in Alaska's capital, Anchorage, but the human population has declined consistently for the last seven years. Anchorage is also the gateway to nearby wilderness areas and mountains - there are 50 glaciers within a day's drive of the city. Those that still call Anchorage home list cross-country skiing as one of the city's favorite hobbies. 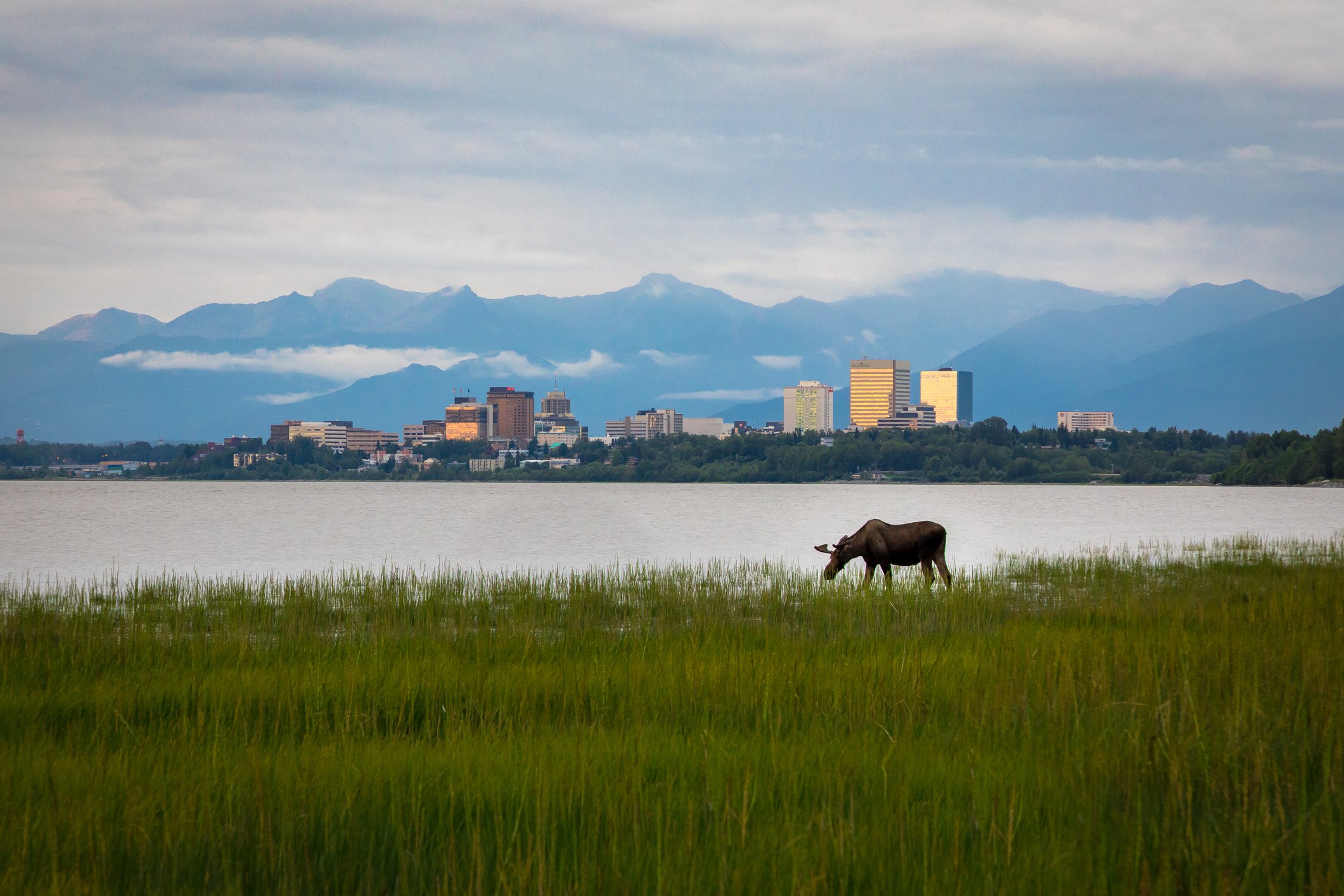 Over the last decade, Rocky Mount, North Carolina, has consistently had one of the highest unemployment rates in the country. This is the main reason for the 4.3% decline in population during those years. Before it was a city, the area was home to the Tuscarora people, who lived around the Tar River. The first post office in Rocky Mount opened in 1816. The city is about halfway between NYC and Miami. 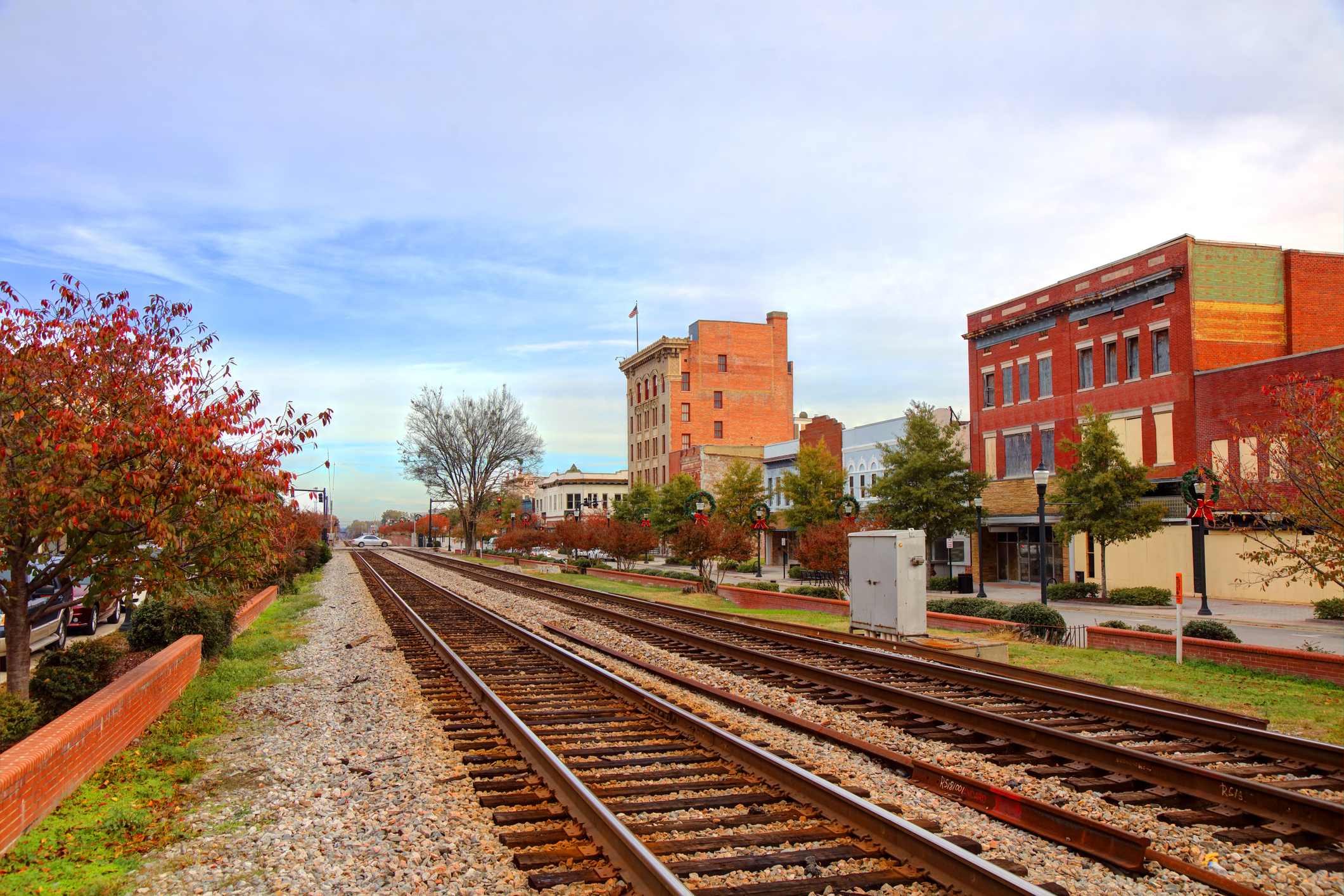 Milwaukee's population started to decline in the late 1960s as more highways were built and people moved into the suburbs. At present, Wisconsin's population is growing but Milwaukee's continues to decline. The disappearance of well-paying manufacturing jobs is a key factor. But there's still plenty to see and do in Wisconsin - the city museum is home to the world's largest dinosaur head and there's an ice rink that is bigger than Times Square. 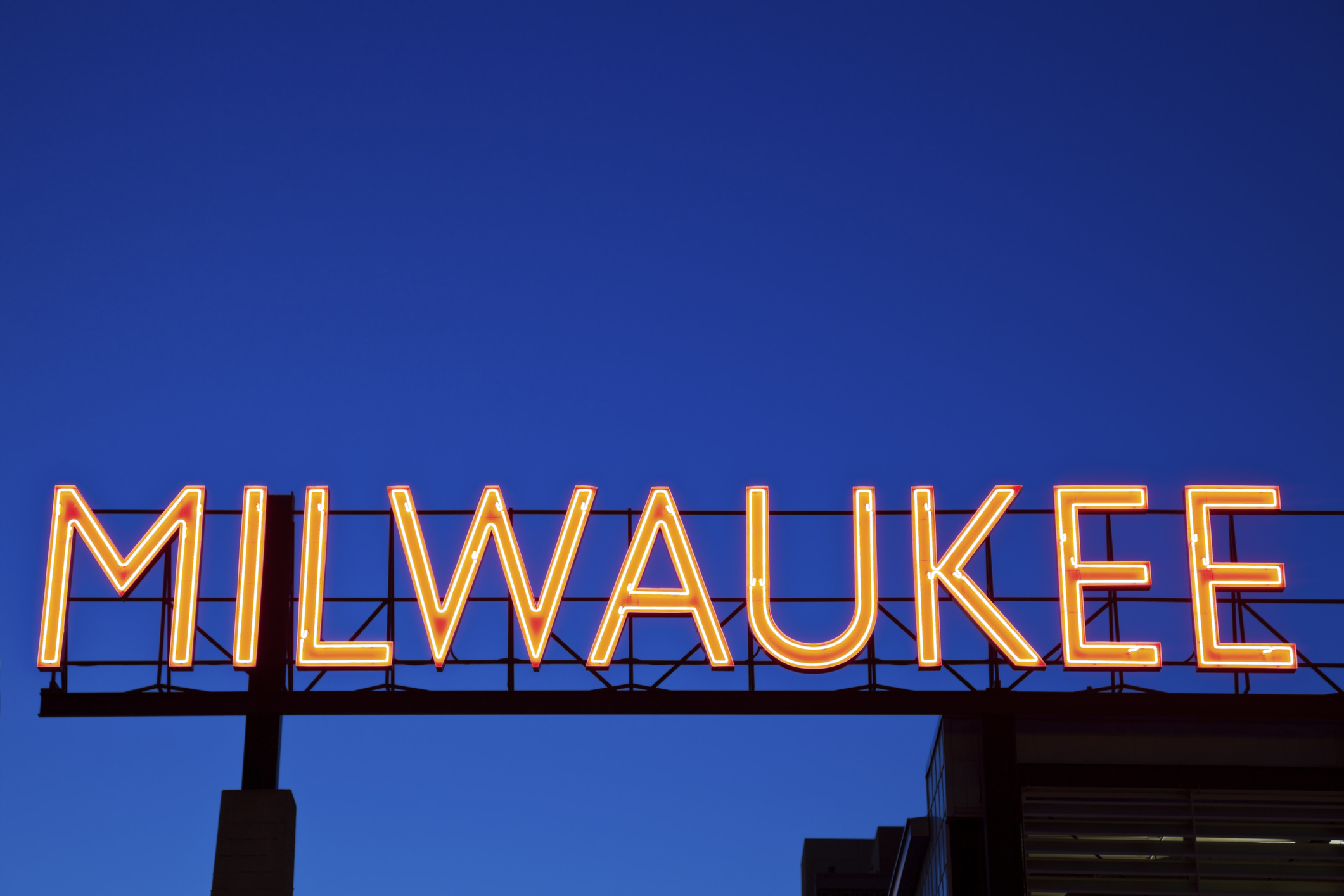 The population decline in Jackson, the capital of Mississippi, correlates with a decline across the entire state. Many people leave to go to areas where there are more job opportunities, better education, and less crime. The city is still known as a place where you can get traditional Southern food like fried chicken, okra, cornbread, greens, and biscuits, and gravy. The first lung transplant surgery was performed at the University of Mississippi Medical Center in Jackson. 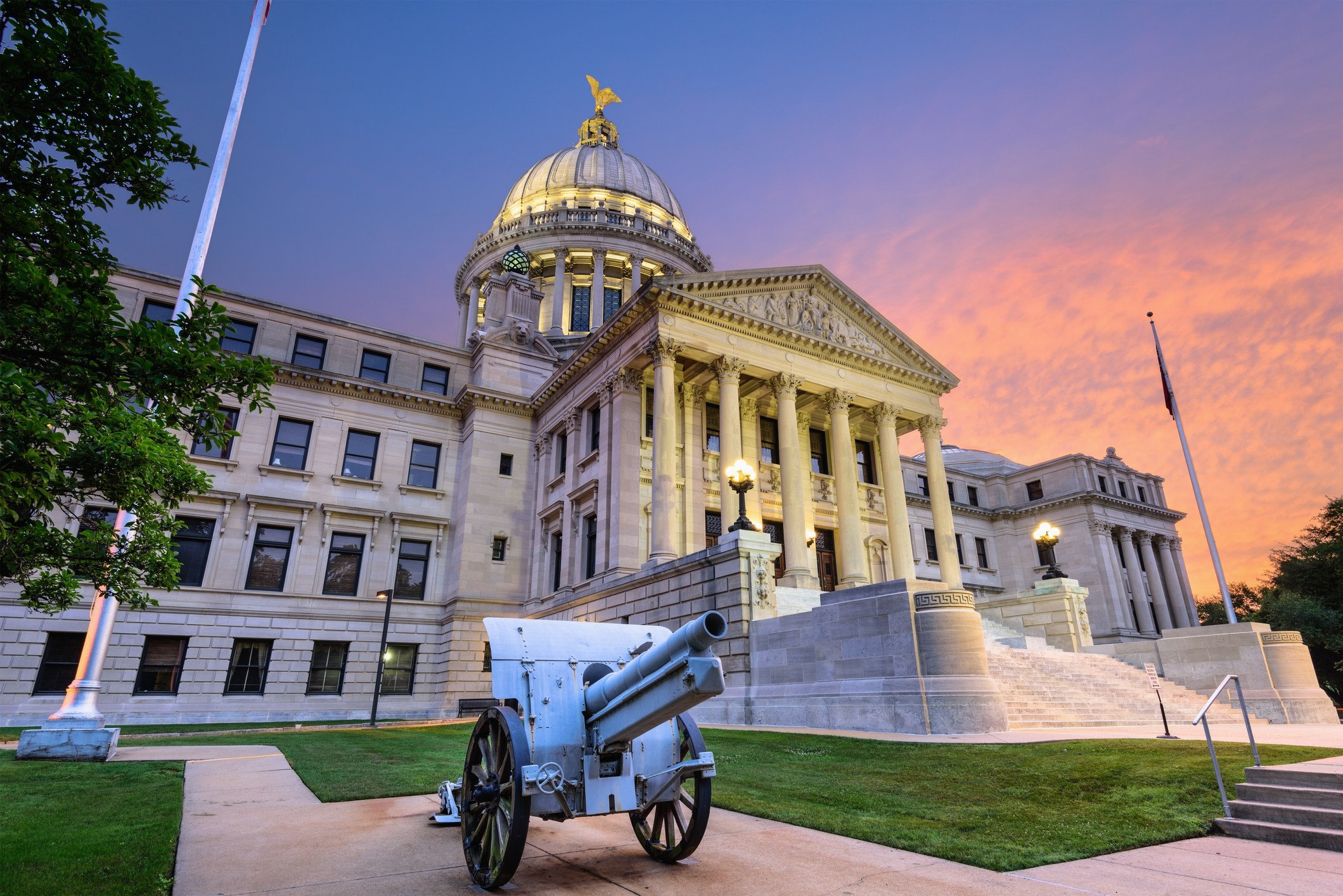 Buffalo suffered a huge loss when the Bethlehem Steel plant moved to Mexico in 1982, putting over 10,000 people out of work. This put the city's population on a downward trend that has continued to this day. The city is famous for its Buffalo chicken wings, snowy winters, and its proximity to Niagara Falls. Every Thanksgiving the city hosts The Turkey Trot. It's the oldest continually run race in America and has been running since 1896. 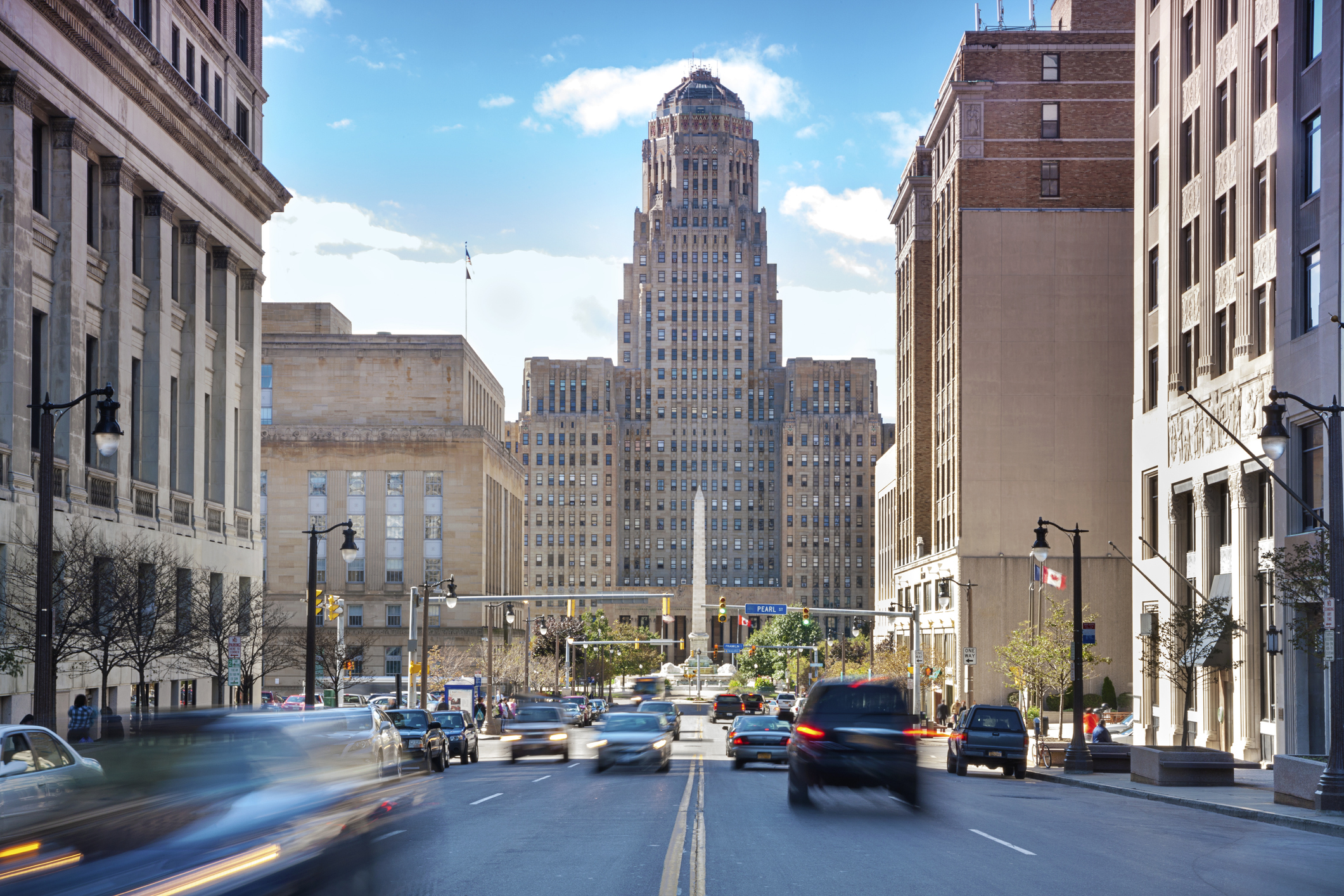 Detroit has seen a decline in recent decades, with a major demographic and economic downturn. Also considered part of the Rust Belt, Detroit is one of the cities that lost more than 20% of its population in the 21st century. The home of Motown Records started dying largely due to the decline of its automotive industry as many car companies left. Today, walking in parts of the city feels like it's a ghost town, with deserted streets and empty buildings. After the 2008 financial crisis hit the city hard, you could pick up an abandoned house in Detroit for as little as $1. 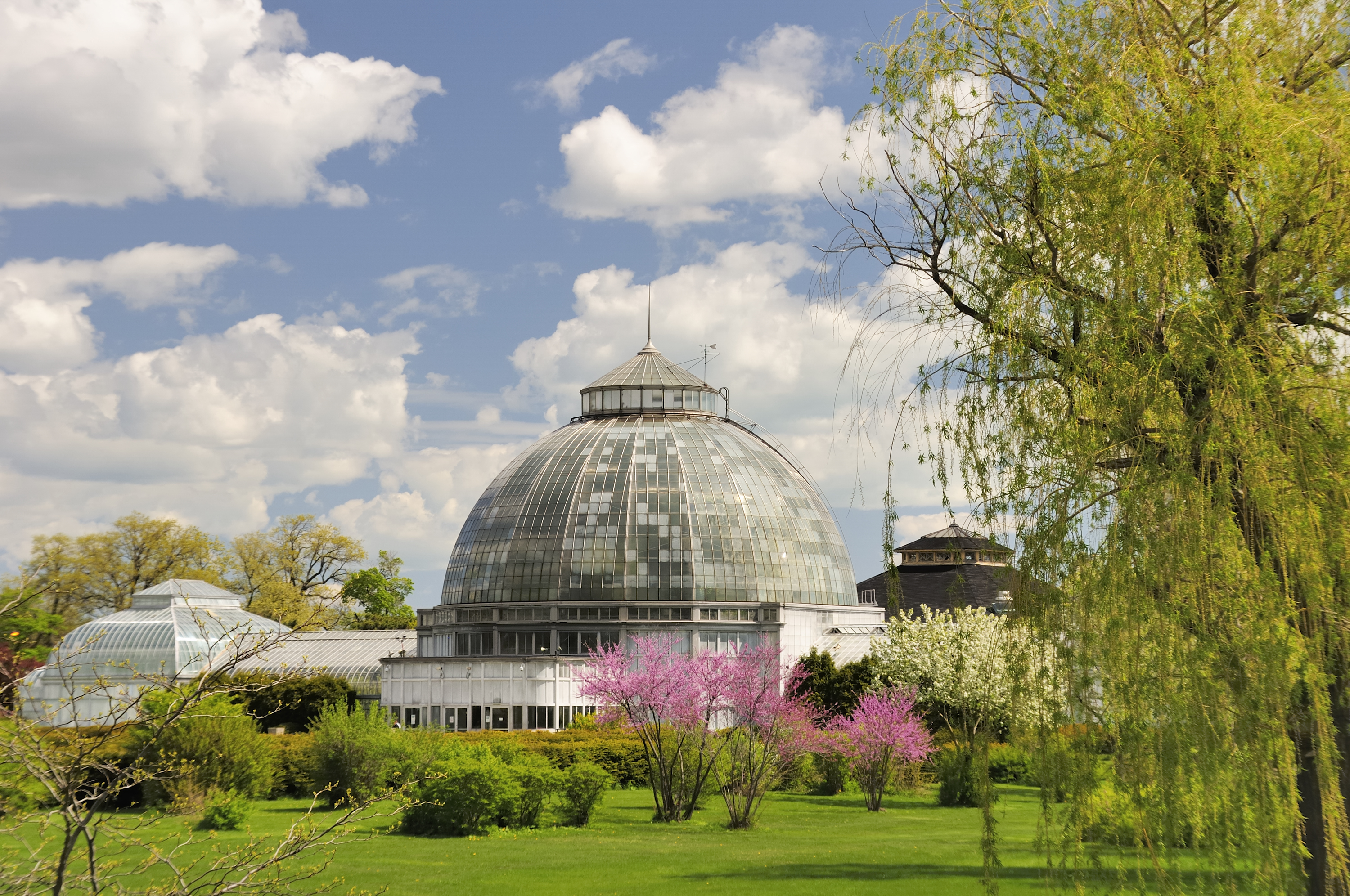 Once a base for manufacturing, Johnstown, Pennsylvania, is now one of the fastest shrinking cities in the US. The city's population went from 20,978 in the 2010 Census to an estimated 19,195 in 2019. That's a decrease of 8.5%. Johnstown is home to the nation's oldest record store and its factories used to produce the steel used in slinky toys. During World War II, several local mills were utilized to produce bombshells. German prisoners of war provided some of the labor. 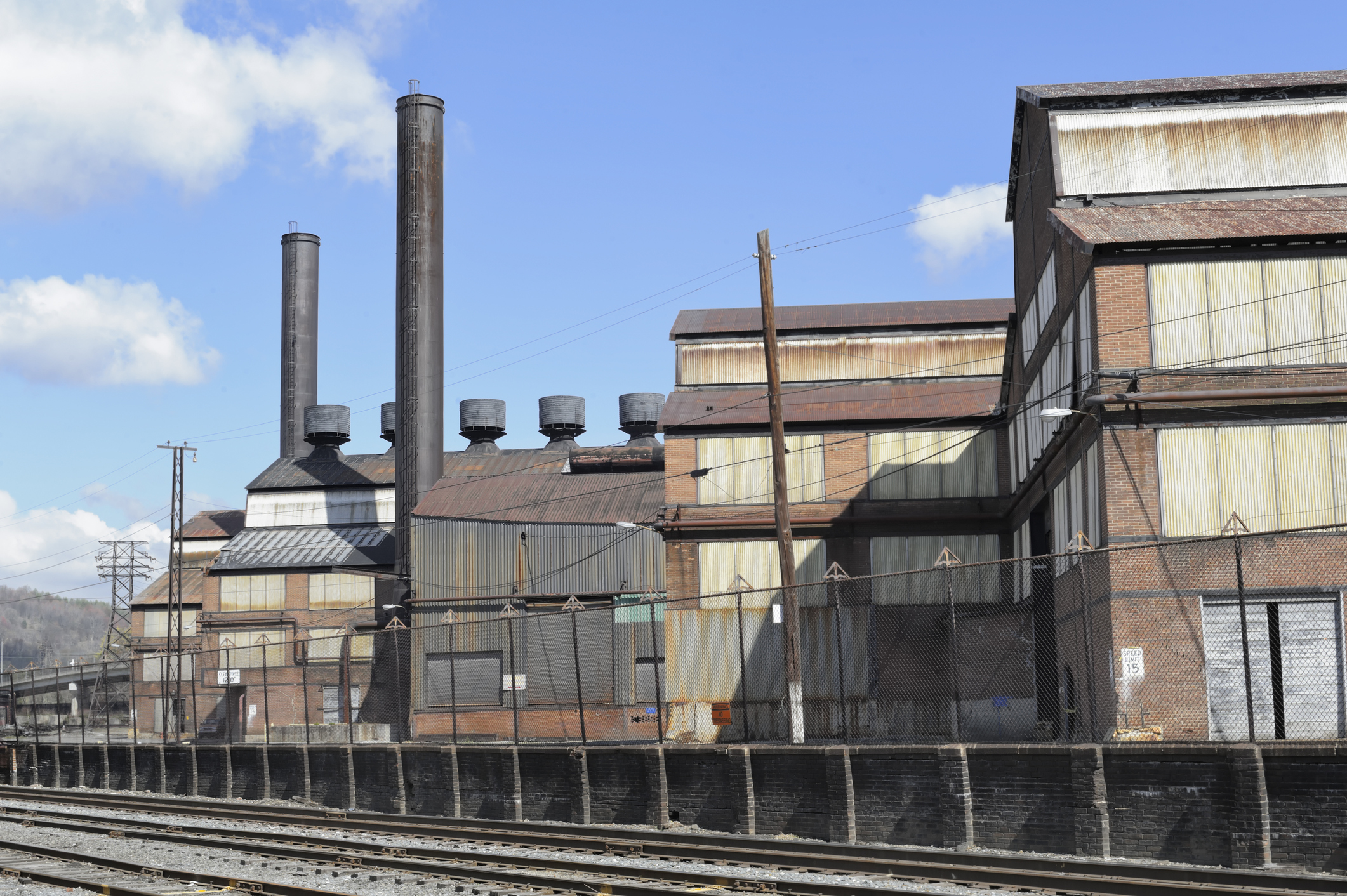 The population of Farmington has decreased by -5.67% since the 2010 census. The city has a high crime rate and limited employment opportunities. The San Juan River offers world-class trout fishing year-round and an average trout caught in the river is 17" long. The historic Native American sites in the region include pre-Columbian pueblo sites such as Aztec Ruins National Monument and Salmon Ruins. The city is also a gateway to the nearby Mesa Verde National Park and Chaco Culture National Historical Park. The mysterious Bisti Wilderness, 37 miles south of Farmington, is a favorite spot among hikers and photographers thanks to its peculiar landforms that are rich in fossils and petrified logs. 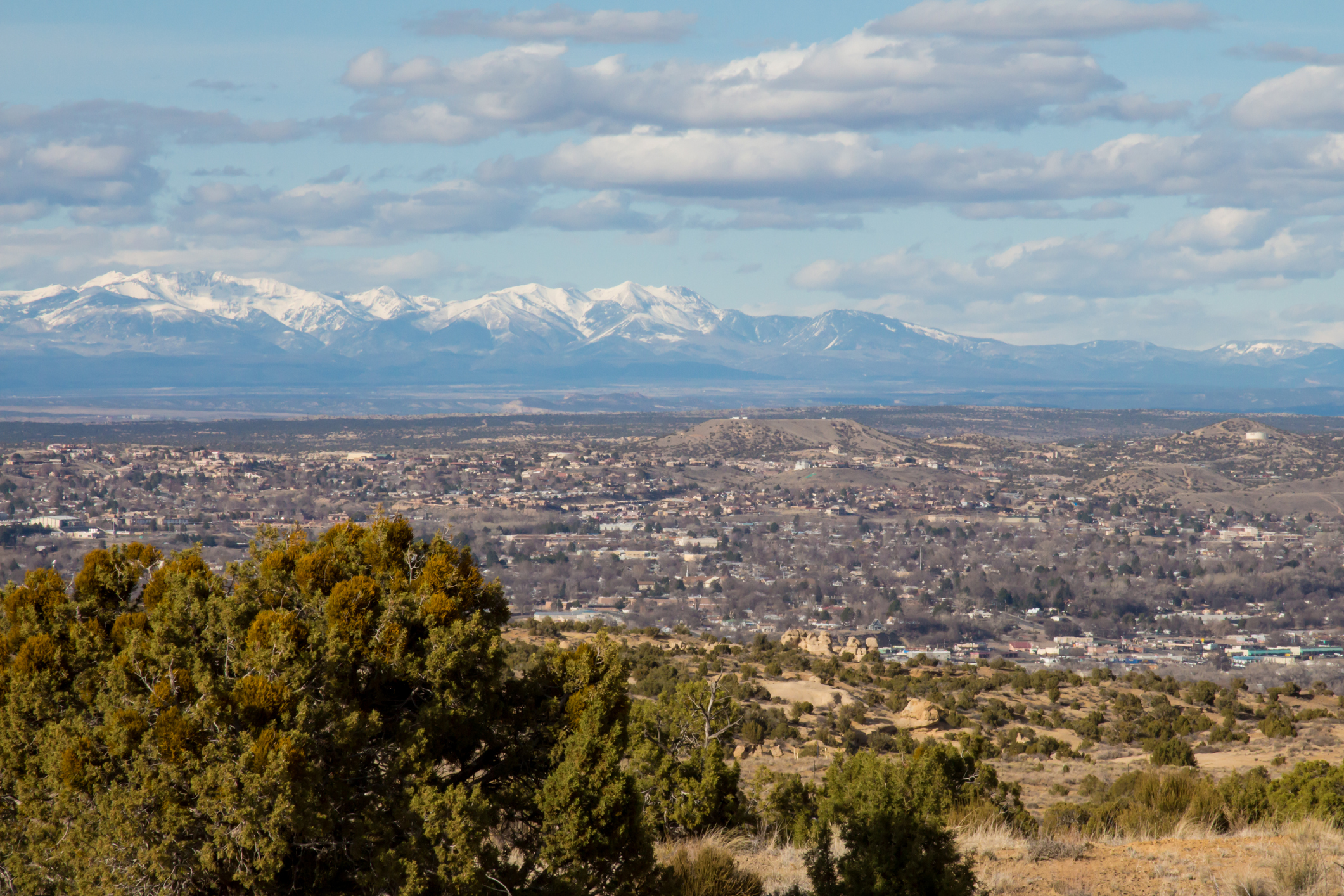 New data shows that Los Angeles is experiencing the steepest population decline in all of California. The allure of taking a chance by moving to LA is deeply embedded in American culture. Hopeful writers and actors have long been migrating west in the hopes of making it big in Hollywood. But the LA dream is fading away for thousands of residents as the city’s high housing costs and traffic problems make it a less desirable place to live. Los Angeles is the only North American city to have hosted the Olympics twice. About 11 miles of tunnels were built under the city for a variety of reasons, including transporting prisoners and liquor. Many of them have now been filled in or have collapsed due to earthquakes. 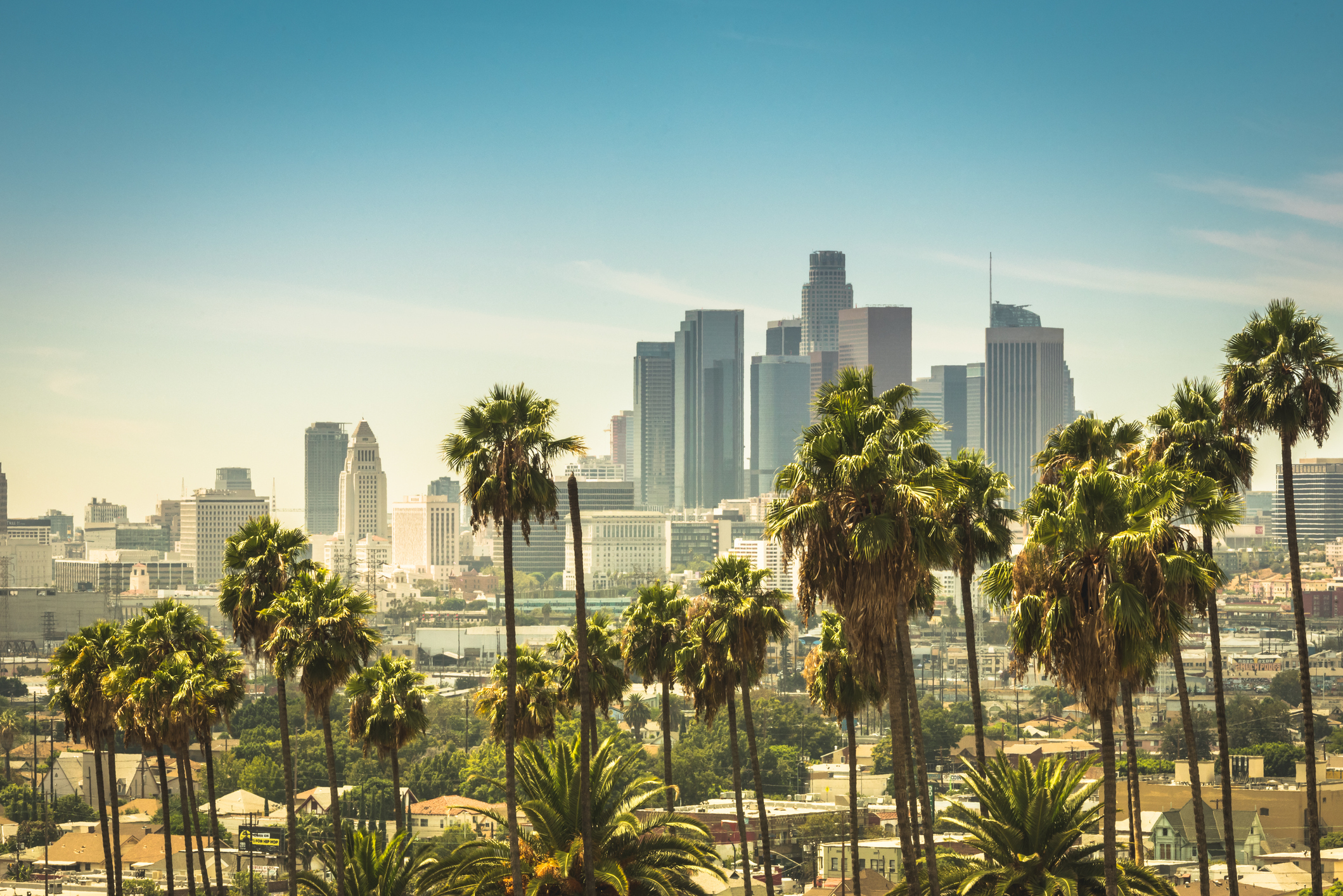 Mid-century Flint was once an American success story. Its population exploded after General Motors Co. was founded there in 1908. In 1936 workers at the factory initiated the country's first major sit-down strike, leading to the unionization of the auto industry and higher wages. However, today Flint is a shell of its former self. For years, Flint has ranked among the most poverty-stricken cities in the US. The water crisis has also left a devastating mark. Flint’s population fell below 100,000 for the first time since the 1920s. In the 2020 census, Flint’s population was listed at 94,762. In 1960, the city’s heyday, the population peaked at more than twice that number - around 196,900. 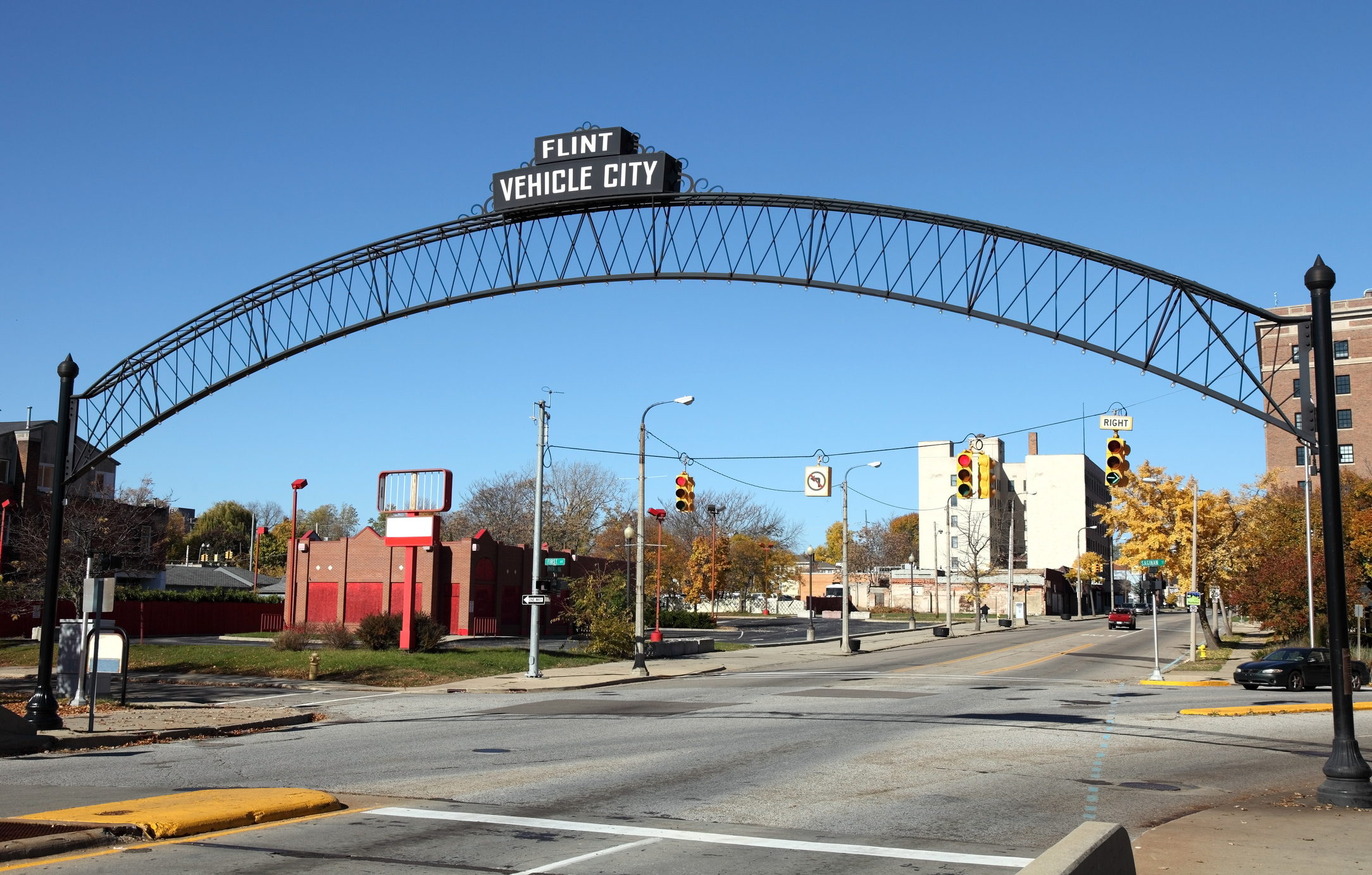 Currently declining at a rate of -2.05% per annum, Pine Bluff is home to Bayou Bartholomew, the longest bayou in the world. The city was founded in 1819 and built its wealth on the commodity crop of cotton cultivated by hundreds and thousands of enslaved Africans. Annual cultural events include the Boo on the Bayou Halloween Celebration and the Harbor City Gumbo Festival.