What Can You Use an Instant Pot For?

Are you craving the deep, rich flavor produced by slow-cooked food but don't have time to wait around? An instant pot may be the perfect solution. A slow cooker, rice cooker, pressure cooker and more, this single pot is super-functional and can save you valuable kitchen-counter space and money.

If you've heard of an instant pot but aren't exactly sure what it does or how it works, read on. Check out some instant pot basics as well as discover some tips and tricks they don't tell you on the box.

An instant pot has tons of versatile functions, but primarily it works as an electric pressure cooker. Moisture in the pot reaches a high temperature quickly in the airtight device and builds up steam. The steam builds pressure within the pot and enables the food to cook at a faster rate. 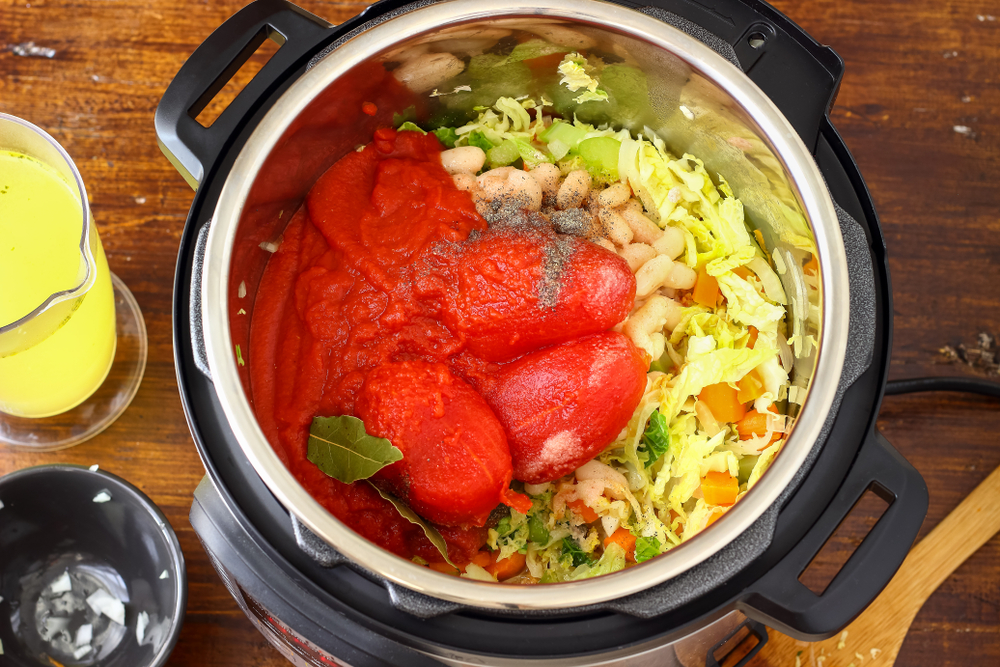 How to Use It

A standard instant pot comes with a number of easy-to-use preset programs. Place the food inside the pot, add water (if needed), close the lid, set the steam valve and touch the appropriate button based on whether you'd like to steam your food, pressure-cook it, etc. The instant pot will activate, cook for the appropriate amount of time at the appropriate heat and then automatically turn off when done. 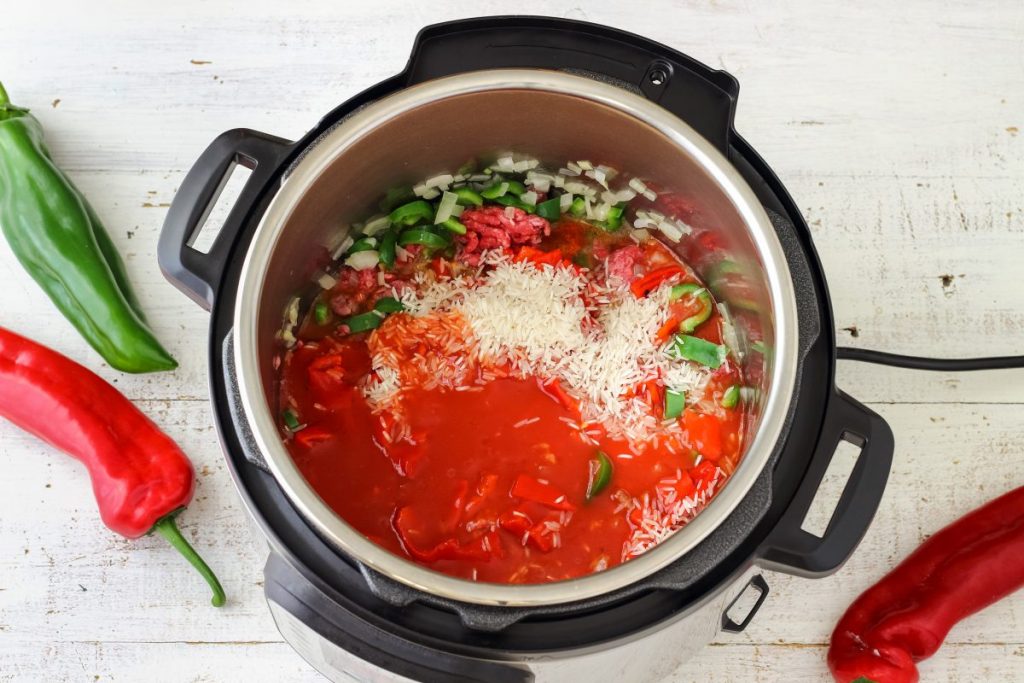 Its fast-cooking times earn this device its name. The instant pot cooks large meals in less than half the time of a slow cooker yet still offers the same tasty, tender dish. Since it effectively replaces your slow cooker, pressure cooker, and rice cooker, it frees up space on your counter and in your wallet. A standard instant pot's design includes 10 built-in safety mechanisms. Plus, the ability to "set it and forget it" versus watching and constantly adjusting your cooking device gives it instant appeal for those with a busy schedule. 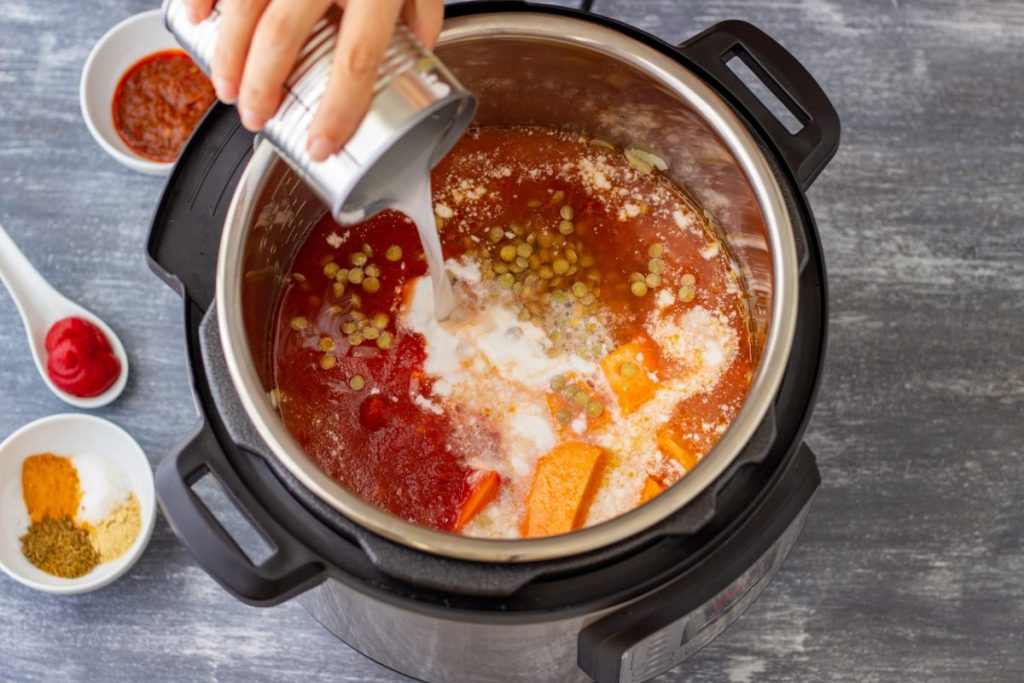 The array of labeled buttons on an instant pot may seem intimidating at first, though with continued use the device should get easier to operate. Breaching the air-tight seal on an instant pot means the pressure gets released, so you can't remove the lid during cooking to check on your meal. 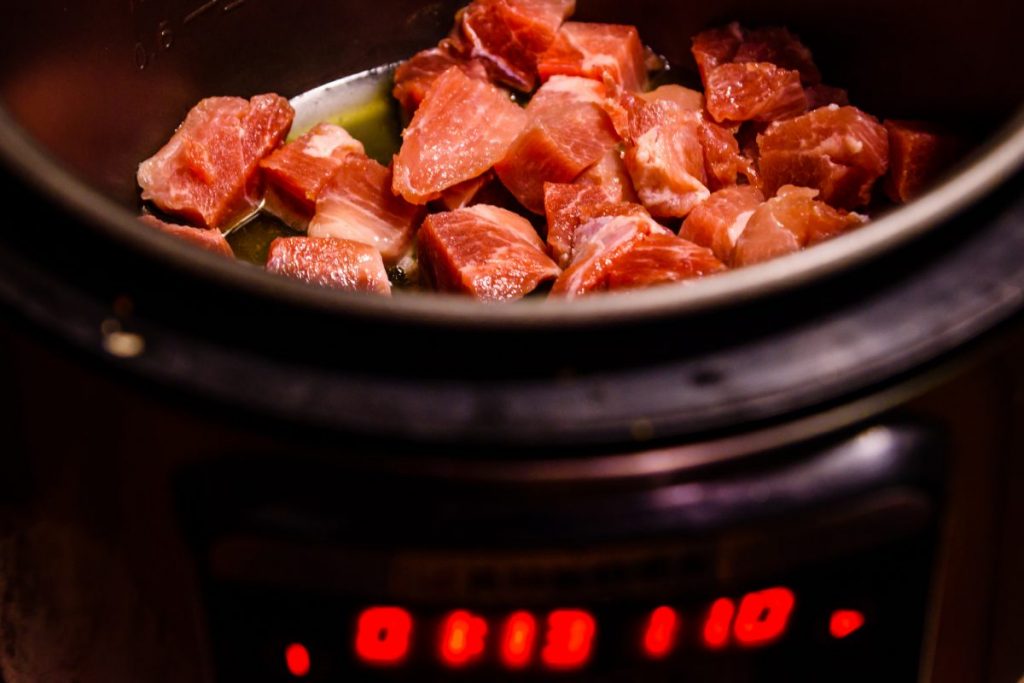 You Can Saute With it

Most people think it's taboo to leave off the lid of an instant pot. Surprise: This device can cook unsealed for sauteing purposes. Just add in your ingredients, use the "adjust" button to choose "less" for light browning, "normal" for regular browning or "more" for dark browning, then press the "Saute" button. Your food should be browned to your taste in less than 30 minutes! 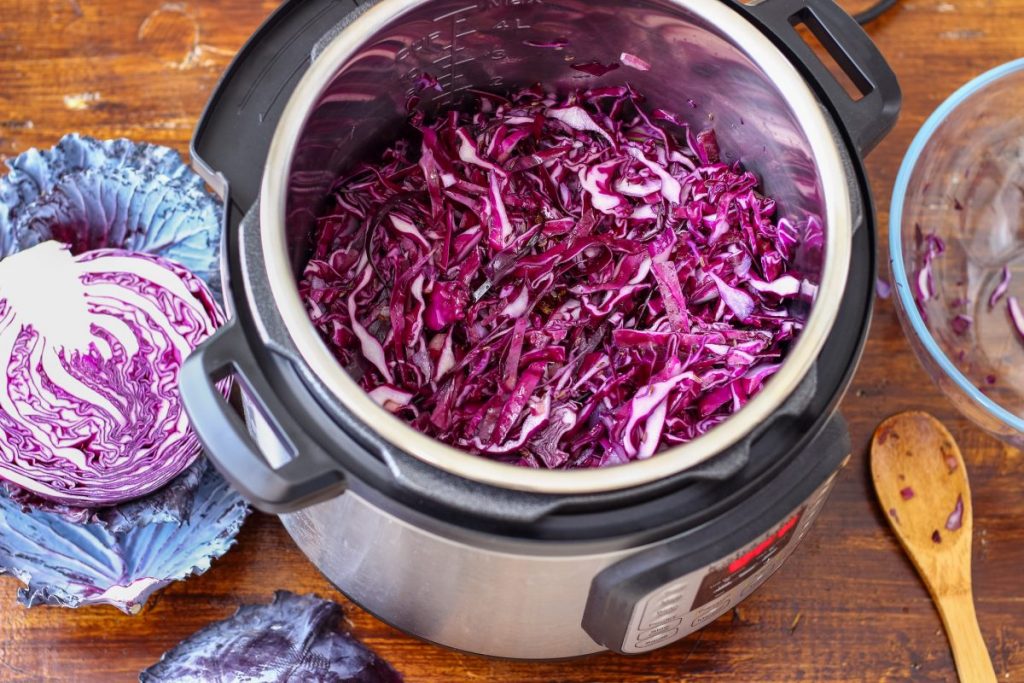 Most people know that an instant pot takes the place of a slow cooker and pressure cooker, but it also saves you the worry of purchasing a rice cooker. Use a 1:1 ratio for your rice and water. Pour the water in, rinse your rice and place it while still wet into the pot, seal the lid, set the steam release valve and press the "Rice" button. Let the rice sit for 10 minutes after its done cooking before releasing the pressure and serving up this light and fluffy dish. 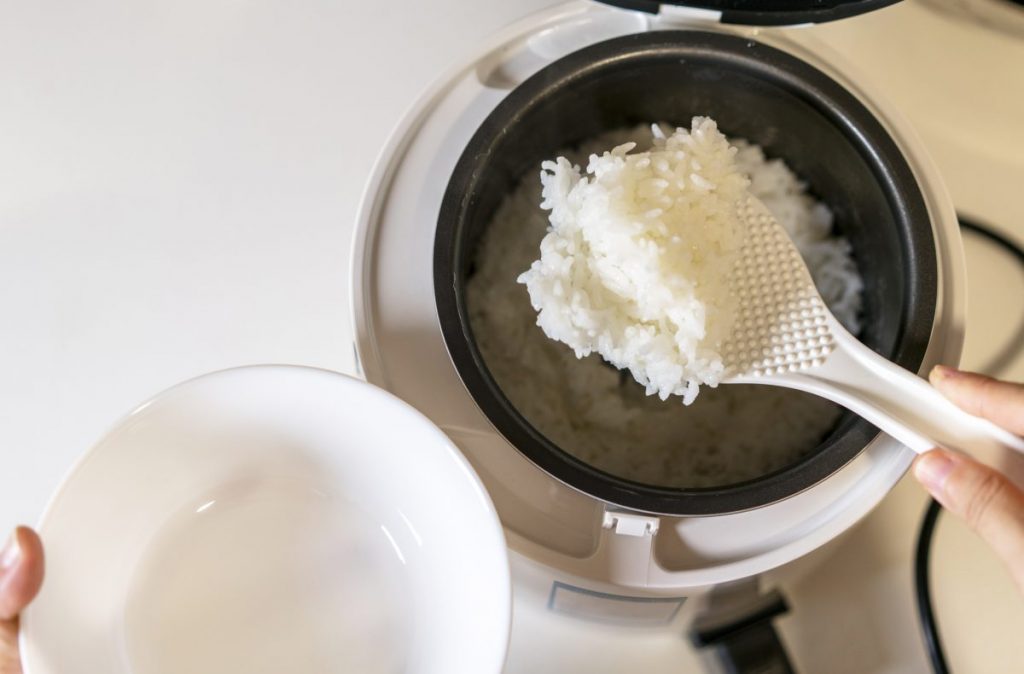 It's a Yogurt Maker

You may be shocked to learn that standard instant pots also have a yogurt setting. Simply add milk into the pot, seal the lid, set the valve, press the "Yogurt" button and set to boil. Remove the chamber containing the milk after it's done boiling, let it cool for about an hour, whisk in your culture and then return the chamber to the device. Press the "Yogurt" button again and set to normal. In eight hours, you'll have delicious homemade yogurt straight out of the pot! 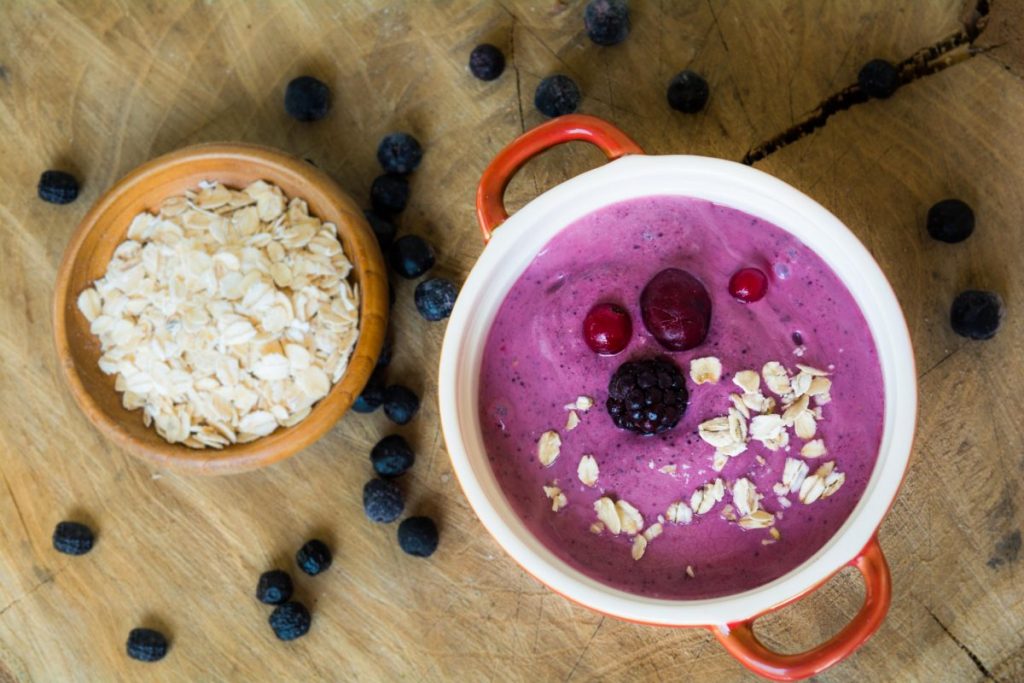 Yes, the instant pot comes with a "Steam" button. Place a metal rack or trivet in the bottom of the pan, set your vegetables on top of the rack, then place a basket or rack over the vegetables. Secure the lid and set the release valve. Press the "Steam" button and wait for the countdown to finish. Then, release the pressure and enjoy quick-steamed and tender veggies. 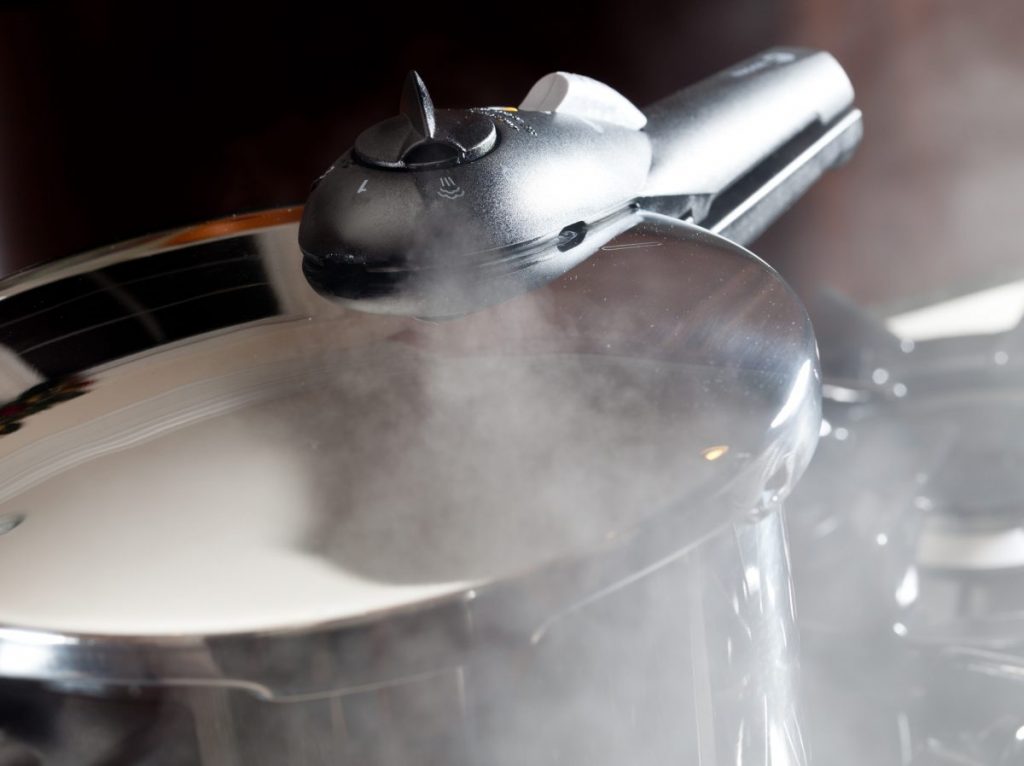 Got frozen meat? Thaw it quickly in your instant pot by inserting the trivet at the base of the pot and placing your frozen meat on top of it. Add half a cup of water to the pot for every pound of frozen meat. Seal the lid, set the valve and press the "manual" cooking button. Set it for about ten minutes for every pound. Check your meat with a meat thermometer to ensure it is fully thawed. 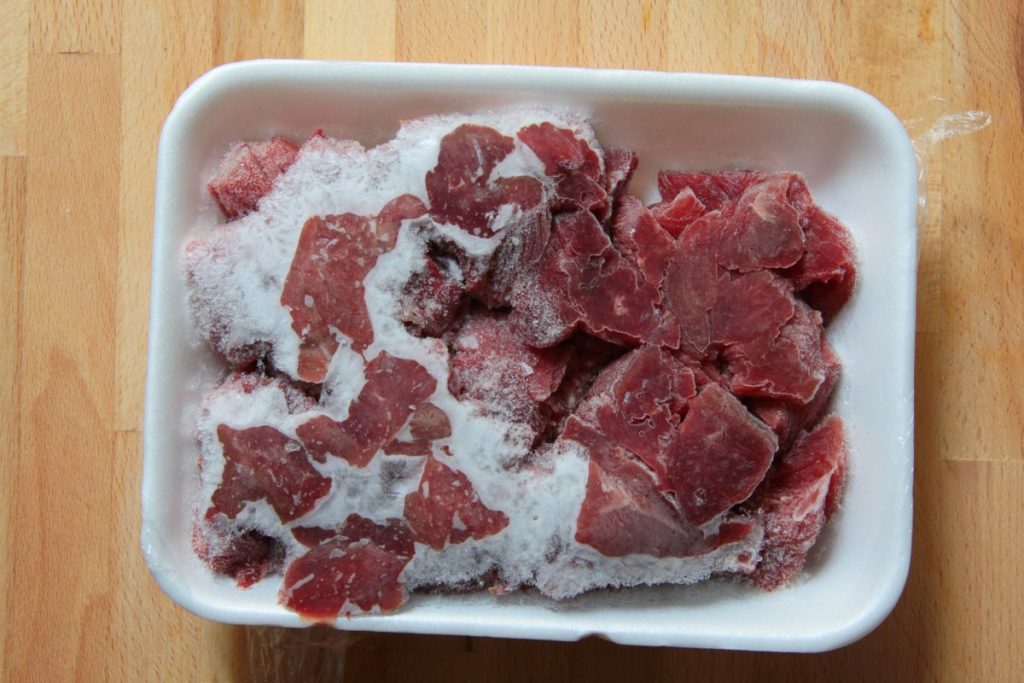 The stainless steel design of the instant pot allows for easy clean-up. Simply remove the inner chamber and the sealing ring inside of the lid and wash both the dishwasher. The pot can be washed clean with a dishrag. Ensure all pieces are dried fully, then reattach and re-use as desired! 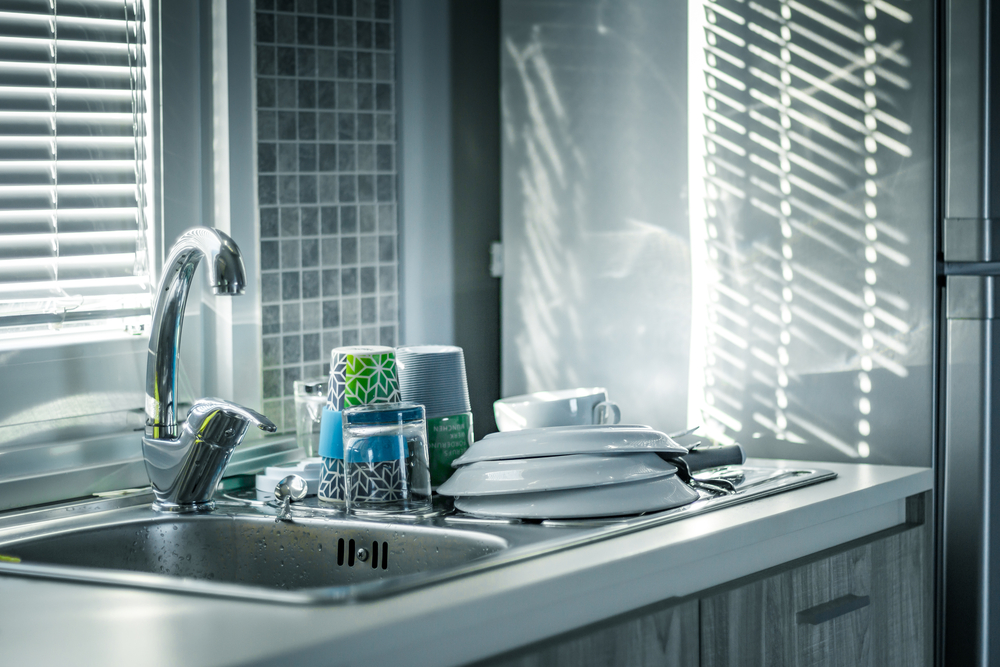