What Are the Characteristics of Siamese Cats?

Siamese cats are a beautiful and elegant breed that's been around for centuries. It's believed the breed originated in Siam (now Thailand), but it didn't make its way to the United States until the late nineteenth century.

Initially, only seal-point Siamese were accepted in the show ring. Today, the cat comes in a variety of pointed colors and patterns, including seal, blue, chocolate, lilac, red (flame), smoke, tabby (lynx), and tortoiseshell. The Siamese's pointed pattern occurred as a result of a natural genetic mutation.

These cats are unique with many characteristics that make it stand apart from other breeds.

Siamese are known to be among the most vocal cats. Someone should not get a Siamese if she doesn't enjoy a chatty cat. A Siamese will tell her owners all about her day the minute her owner steps in the door. Siamese are very opinionated and will express their thoughts and feelings in a loud, raspy voice. Some people compare the sound of a Siamese's meow with that of a human baby's cry. 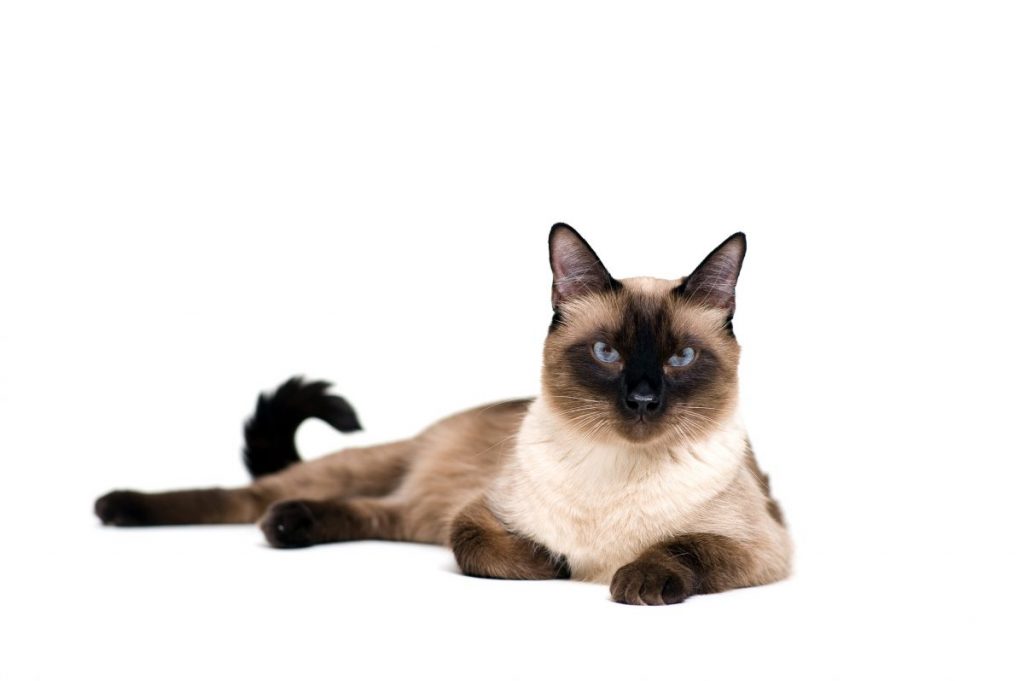 Siamese cats do not like being alone and will actually become depressed if they don't receive enough interaction and attention. If owners work outside the home, it may be a good idea for them to get two Siamese cats. Two Siamese can keep each other company and entertain each other while their human is away from home. 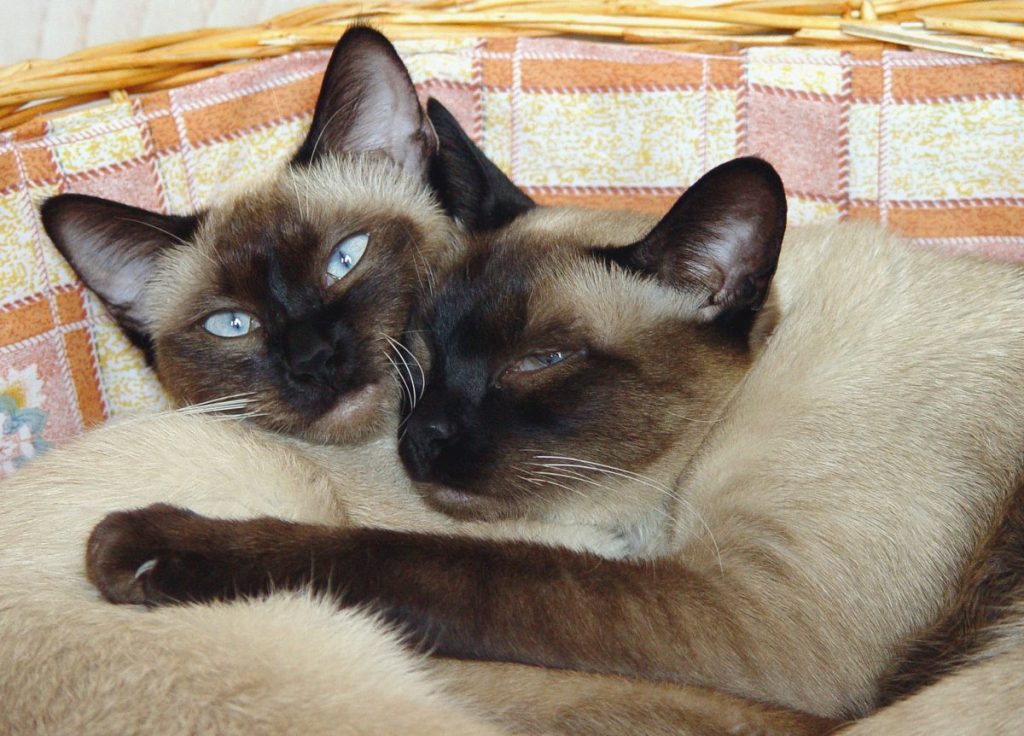 The breed is playful, and most Siamese enjoy playing their entire lives. An excellent way for owners to bond with these cats is to use wand toys to play with them. Siamese love anything that will stimulate their bodies and minds. Interactive cat toys are good choices to entertain these cats when owners are away from home. 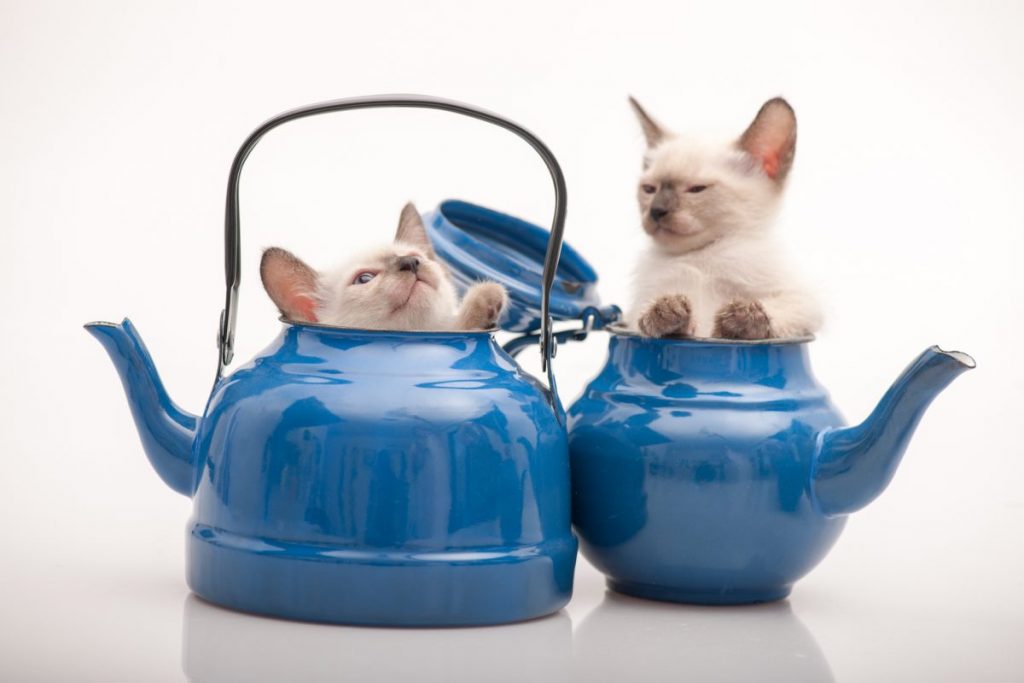 Siamese cats demand attention. As mentioned earlier, these cats will become depressed if they don't receive enough interaction and attention from their people. Someone should not get a Siamese if she cannot give her regular attention.

These cats tend to find ways to make themselves the center of attention. Often, they will follow their people around the house, supervising and commenting on their people's activities. 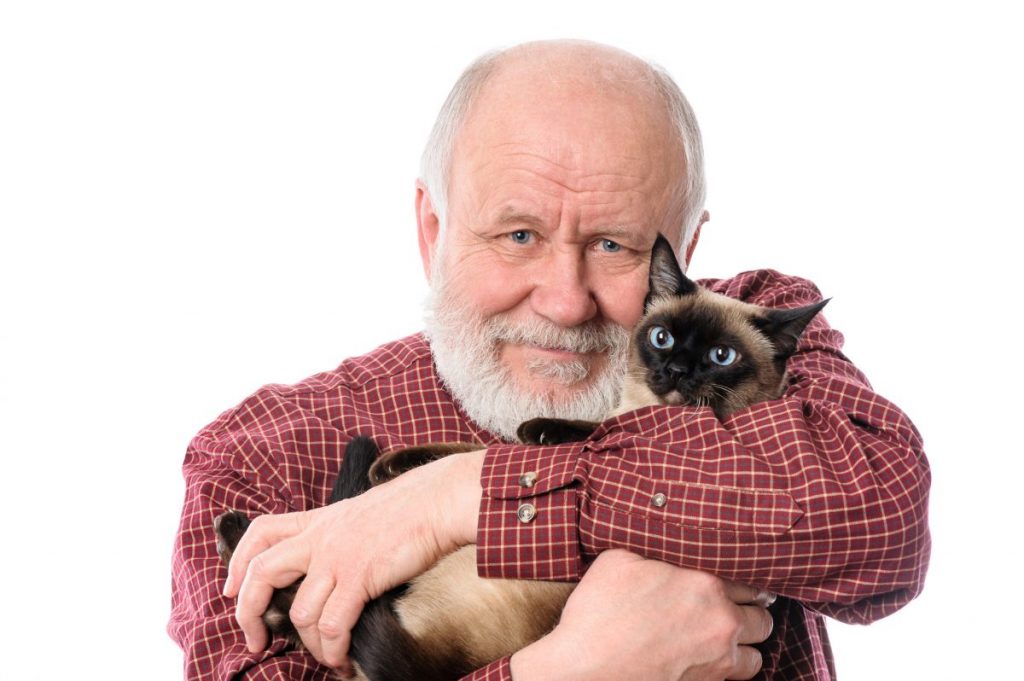 Siamese Have a Lot of Energy

These kitties tend to be active and have a lot of energy. They enjoy ruling their world from up high, so owners should not be surprised to find their Siamese climbing the bookcase, sitting on the fireplace mantel, or scaling the curtains. Siamese should be provided with appropriate high places to claim, such as cat trees and shelves of their own. 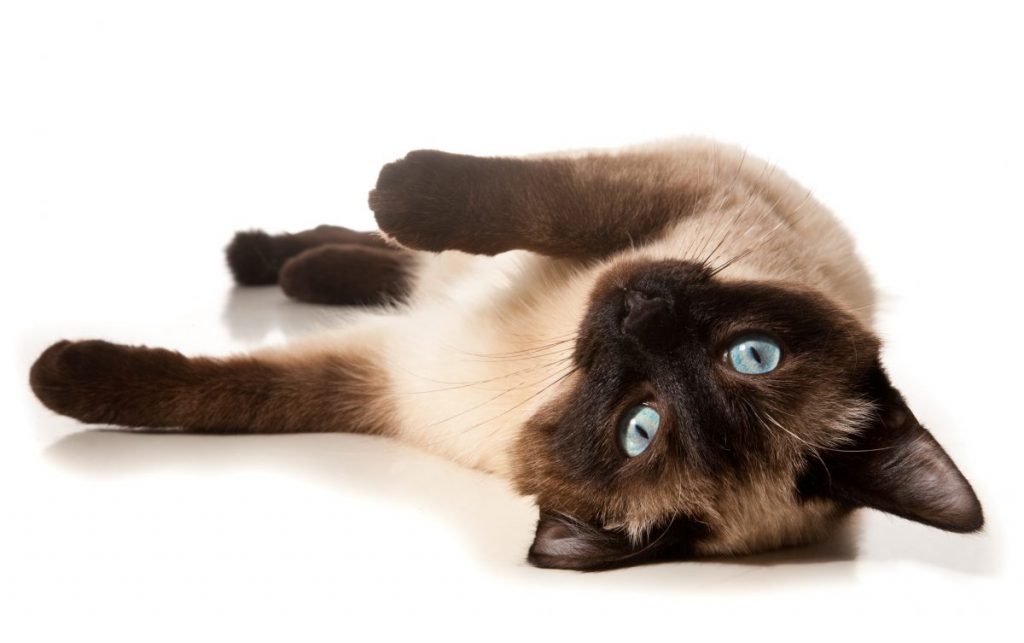 The breed has a short, sleek coat, requiring minimal grooming. A weekly brushing helps remove loose hair and reduce the incidence of hairballs. Regular claw clipping and teeth brushing are other important aspects of the grooming routine. Daily teeth brushing is recommended, but weekly dental care is better than no dental care. Starting dental care from an early age helps cats accept it more readily. 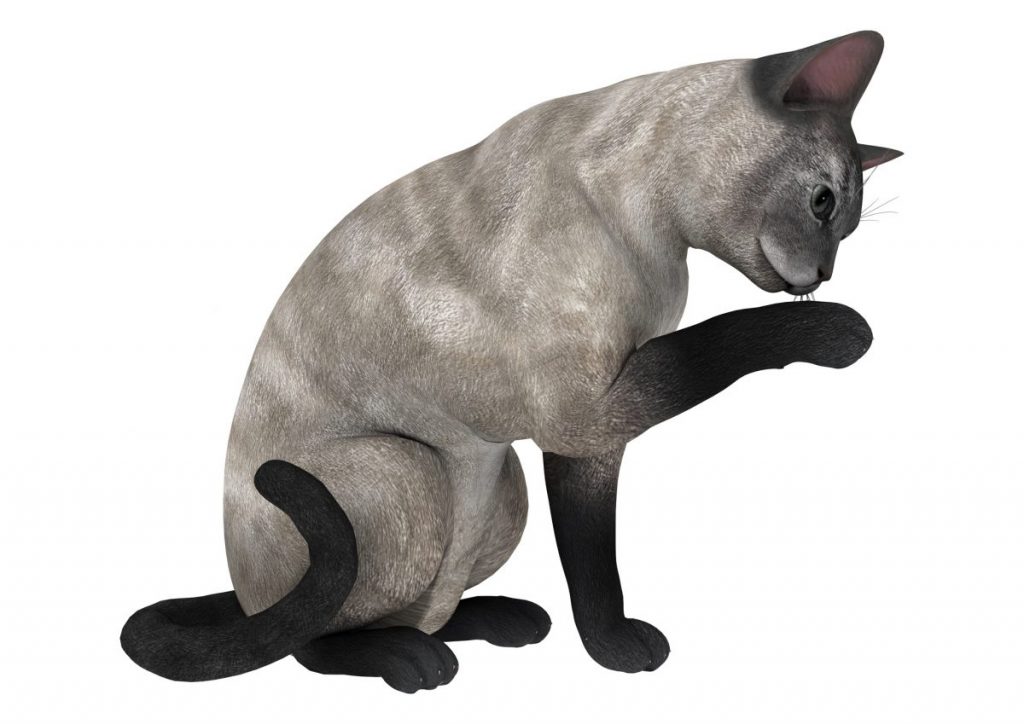 Siamese are very intelligent, making them easy to train. Owners can use clicker training to teach their Siamese tricks. Not only does this type of training stimulate the cat's mind, but it also strengthens the bond she shares with her person. Someone who has a Siamese shouldn't be surprised if her cat figures out how to open doors or gets into kitchen cabinets. An owner can help keep her Siamese out of mischief by providing her puzzle toys that stimulate her mind. 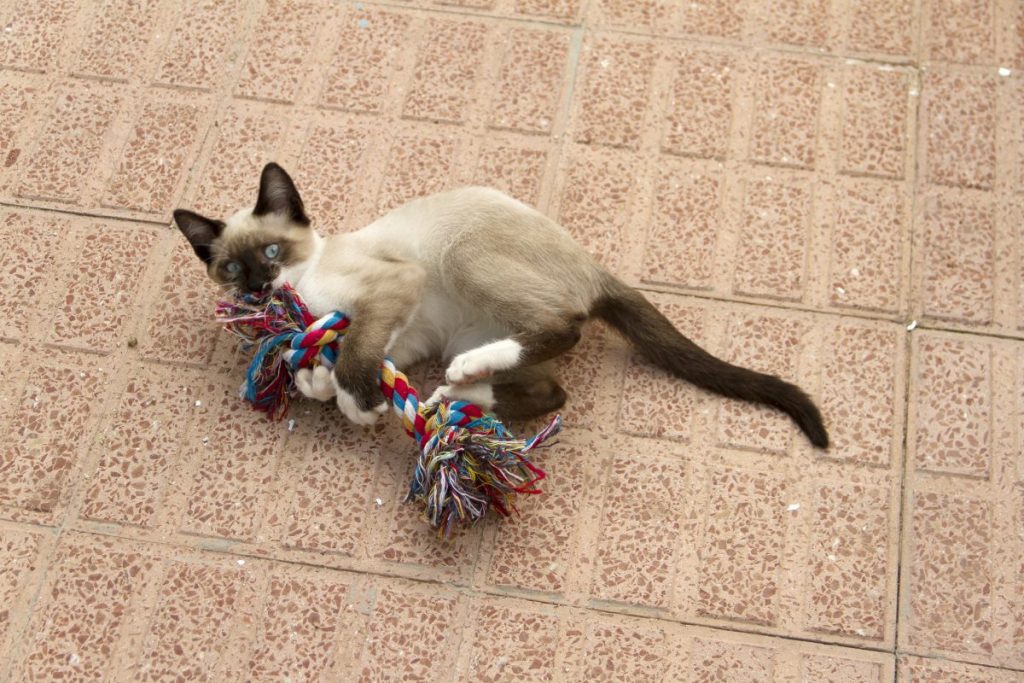 Siamese prefer to spend time with the people they know and love rather than with strangers. In fact, they often bond very strongly with one person in the family and shower her with affection. Siamese are loyal and affectionate cats. These cats may not be too keen to greet strangers right away. 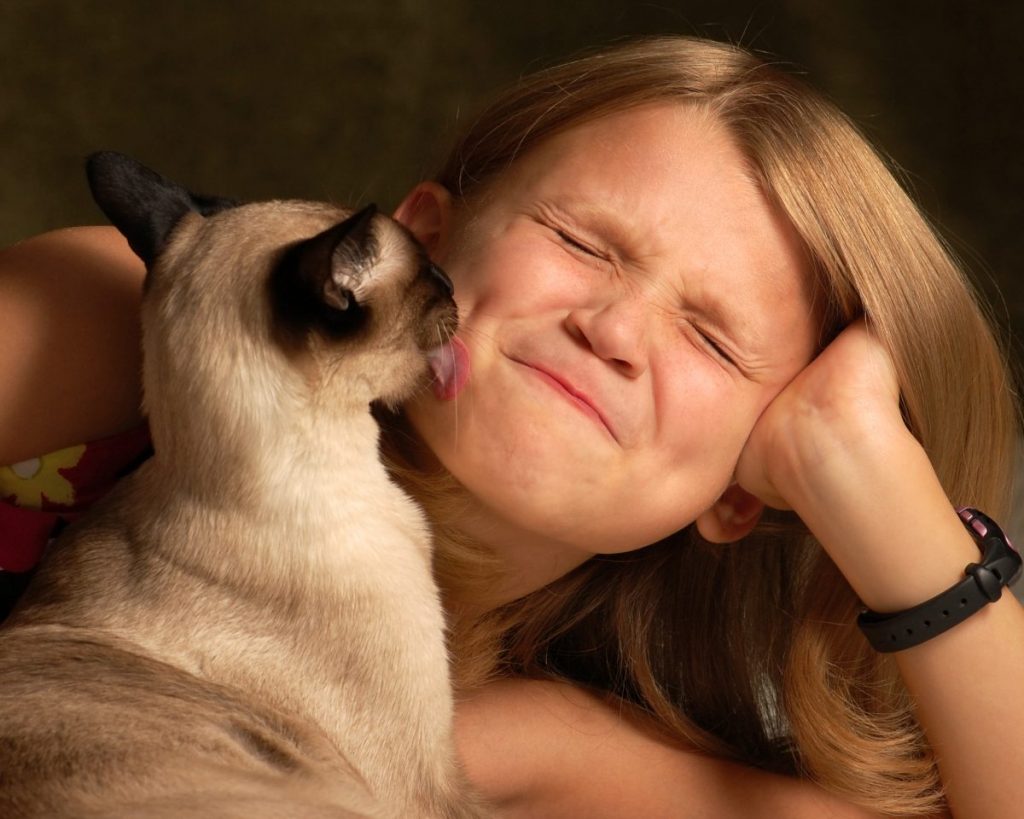 In general, Siamese get along with children, other cats, and cat-friendly dogs. As mentioned earlier, an owner should consider getting two Siamese cats if she spends a lot of time away from home. A Siamese may enjoy playing with the children in the house as long as they are gentle with her. 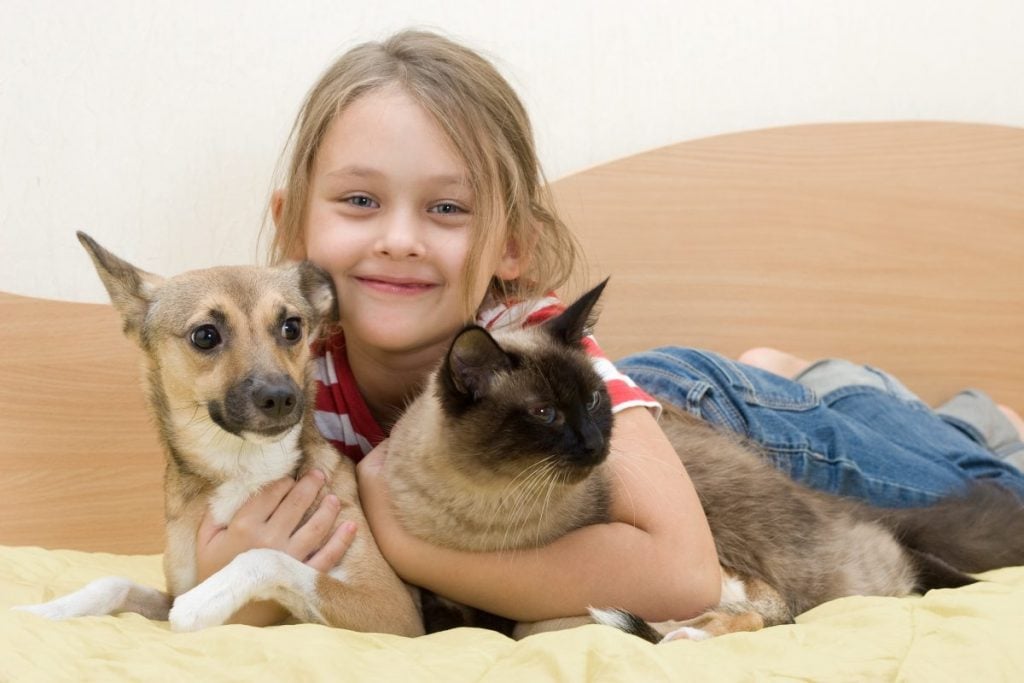 Siamese Are Prone to Some Health Issues

Siamese are prone to certain health issues including asthma and bronchial disease, congenital heart defects, such as aortic stenosis, and amyloidosis.

Amyloidosis is a condition in which a protein known as amyloid is deposited in tissues and organs, causing tissue and organ damage. Symptoms vary, depending on which organs are affected, but the kidneys are the most common organ affected in cats. Cats with amyloidosis may have increased thirst and urination, decreased appetite, lethargy, vomiting, weight loss, and diarrhea. Sometimes, fluid builds up under the skin in the chest or abdomen. If the kidneys are involved, cats may experience symptoms specific to renal failure. 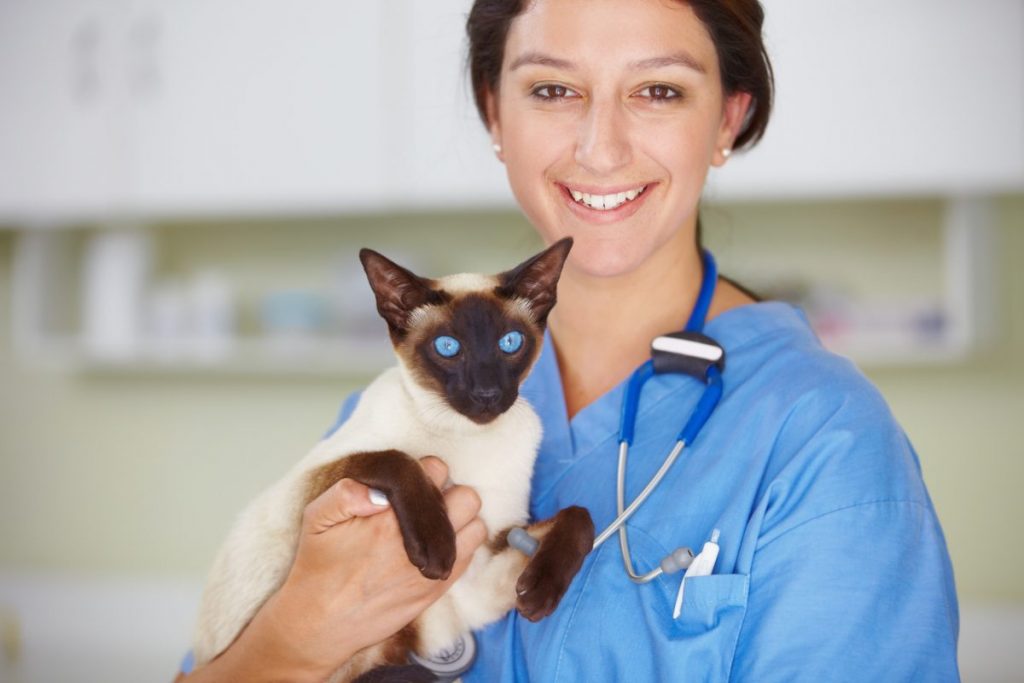