What Are Some Really Funny Jokes?

There's no way to sugarcoat it: Humor is subjective. What's funny to one person might not be even funny to their best friend. There are off-color jokes, simple jokes, and even jokes that, technically, don't count. For example, there are some people out there that find the joke "Can gorillas swim?" "No." funny. That said, there are some jokes in the world that have the potential to make even the sternest of human beings laugh. These jokes have lasted a long time and will continue to last. And if you don't laugh, you tell us some really funny jokes instead!

A guy walks into Barnes and Noble to buy a book about turtles. After a little walking around with no luck, he decides to ask the girl behind the desk if they have any. "Hardback?" she asks. He doesn't hesitate: "Yeah," he says. "And they bury their eggs in the sand." 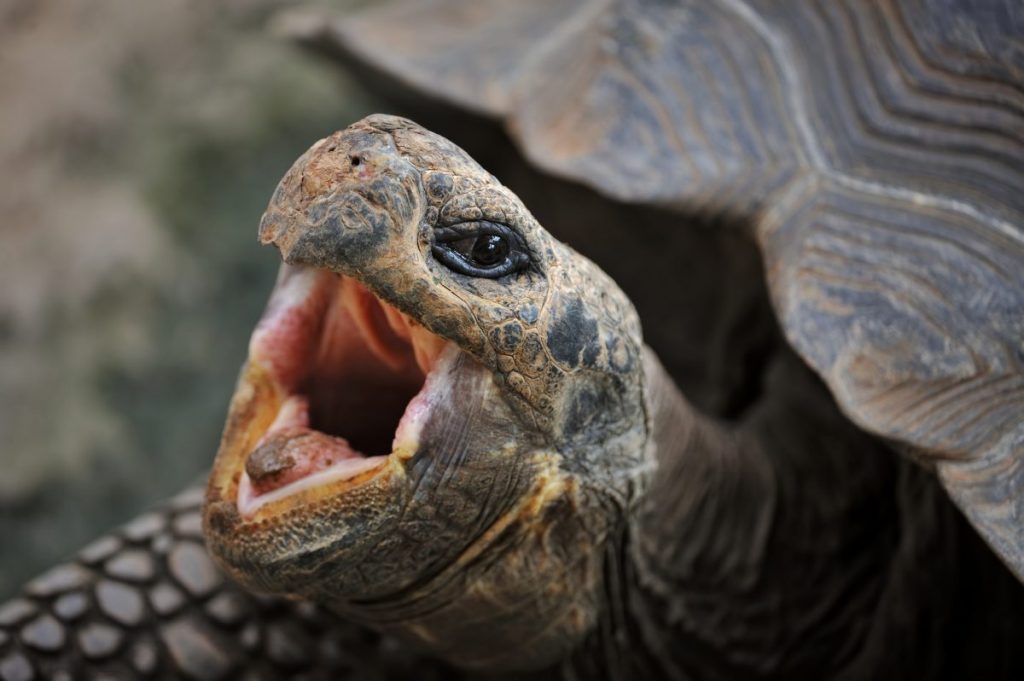 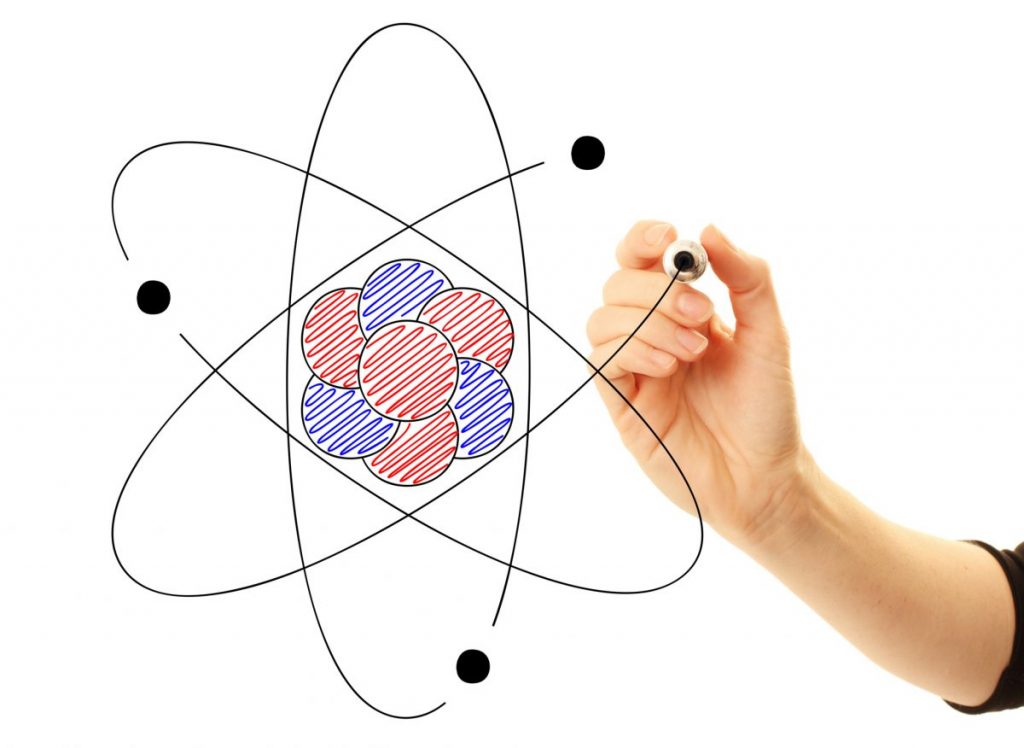 An Englishman, Frenchman, Spaniard, and German are all trying to watch a street performer juggle knives. Unfortunately, it's such a busy day in the city, there are too many other people around to see clearly. Luckily, the juggler notices their plight and decides to climb onto a higher platform so the four men can see. As he balances a knife on his nose, he asks, "Can you see me now?" The four men reply one after the other, "Yes!" "Oui!" "Si!" "Ja!" 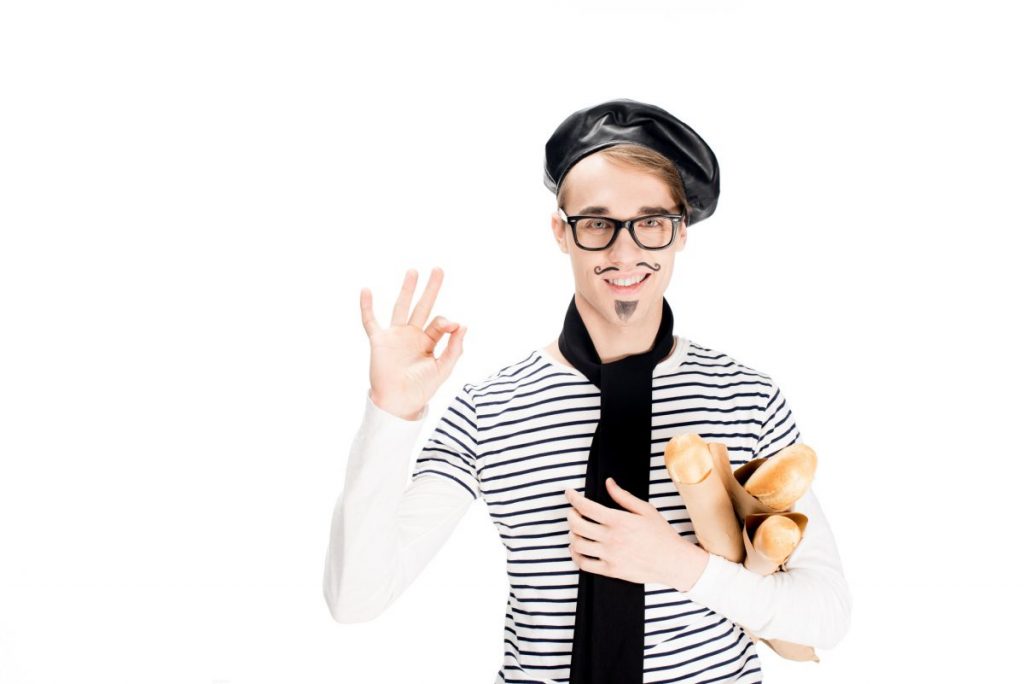 Three surgeons are sitting in the break room discussing the best type of patient. The first surgeon comments on accountants, saying, "Accountants are the best to operate on because when you open them up, everything inside is numbered." Surgeon two disagrees, shaking his head. "No, it's all about lawyers. They're heartless, gutless, and spineless." The third scoffs at this, taking a bite out of his apple. "I prefer engineers. They always understand that there's something left at the end." 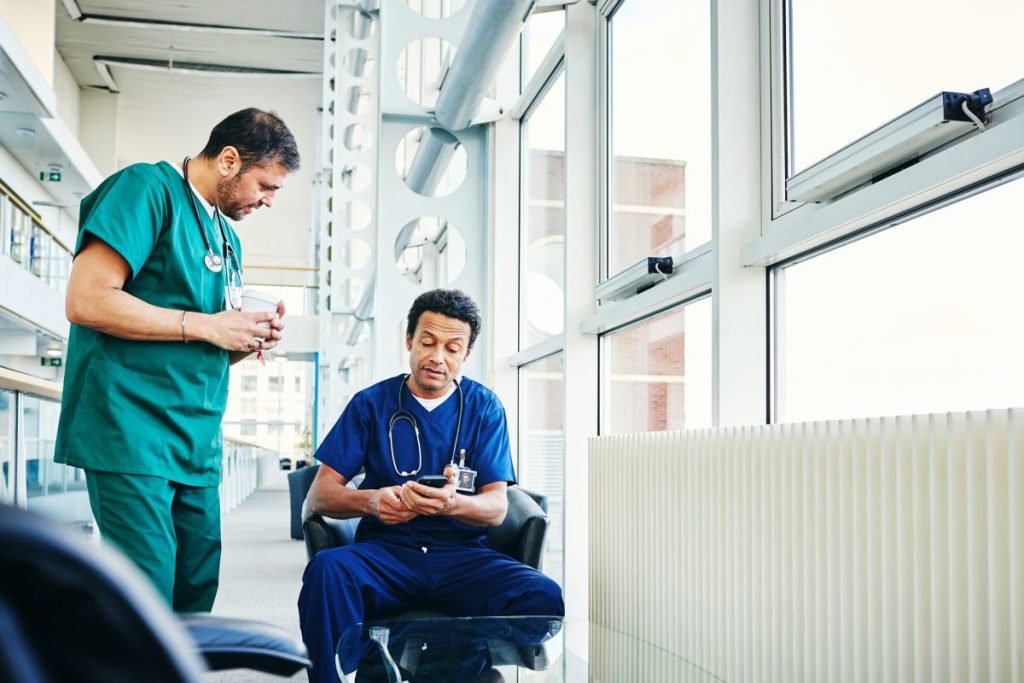 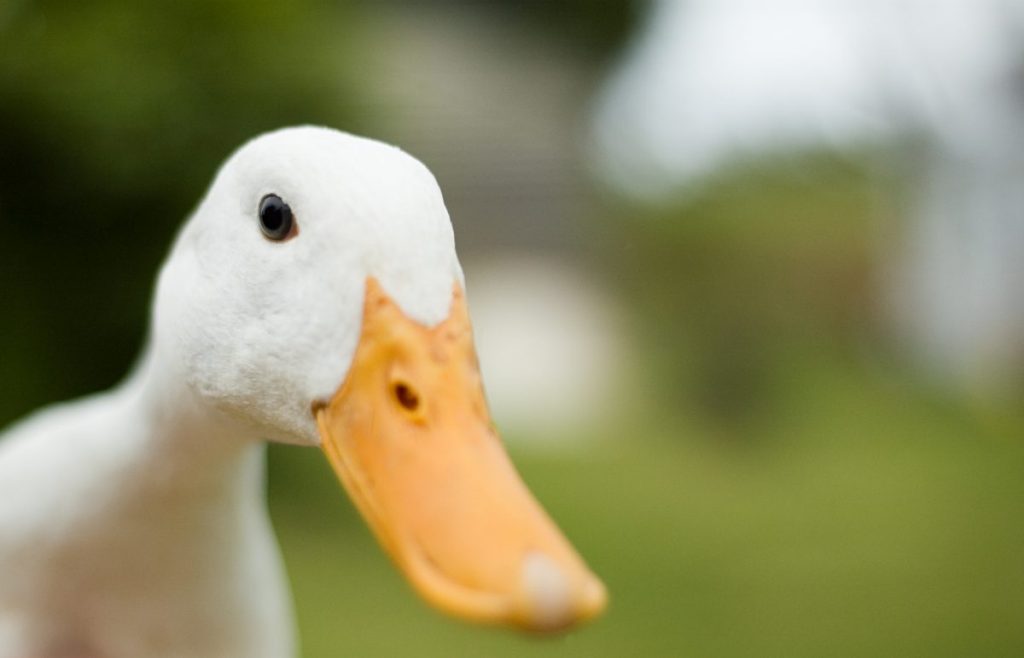 A 3-year-old boy sits next to a pregnant woman on the bus. Blinking, he blatantly asks her, "Why do you look so fat?" The mom-to-be, charmed by the child's boldness, responds, "I have a baby inside of me!" Looking perplexed, the boy then asks, "Is it a good baby?" "Yes," replies the pregnant woman. "So then why did you eat it?"

A curious mom uses her new iPhone to text her daughter to ask a very important question. The text reads: What does IDK, ILY, TTYL mean? Before long, the daughter texts back, "I don't know. I love you. Talk to you later" to which the mom responds, "It's okay. Don't worry about it, I'll ask your brother. Love you, too." 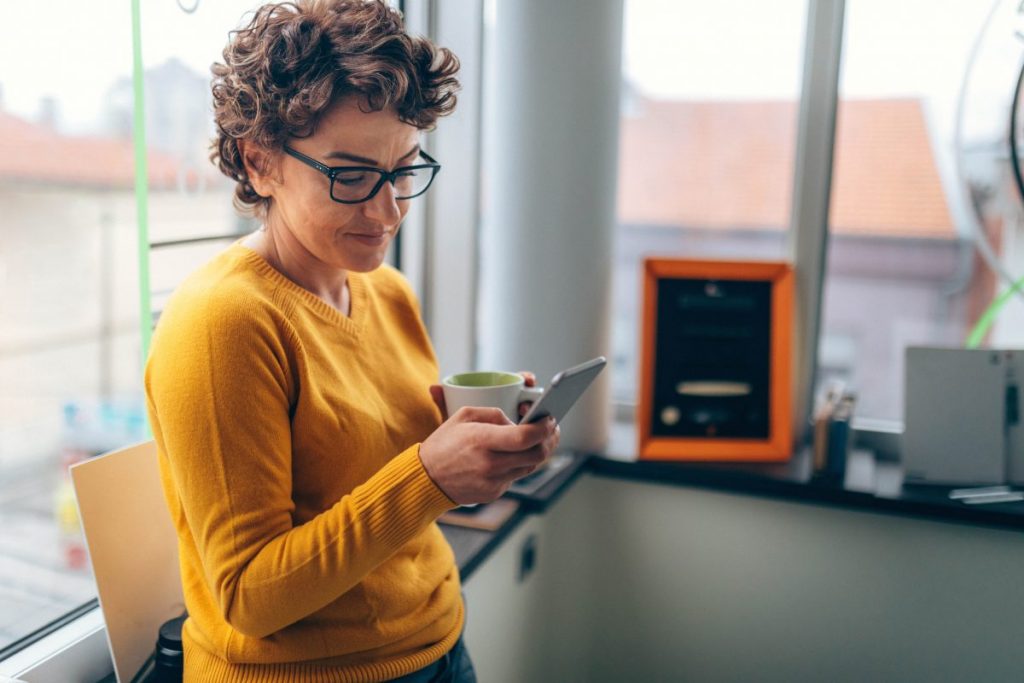 Sherlock Holmes and Watson are on a camping trip. After a good session of singing Wonderwall around the campfire, they retire to their sleeping bags. Several hours later, Sherlock wakes up and nudges Watson awake. Watson groggily asks, "What?" "Watson, look up at the sky and tell me what you see." Watson thinks about this for a minute, wiping his eyes. "I see millions of stars," Watson answers. "What does that tell you?" asks Sherlock. "Well, astronomically, it tells me there are millions of galaxies. Astrologically, I can see that Saturn is in Virgo. Theologically, I see that God is all-powerful and we are insignificant. What does it tell you, Holmes?" Sherlock remains silent for a few seconds. "It tells me that someone has stolen our tent." 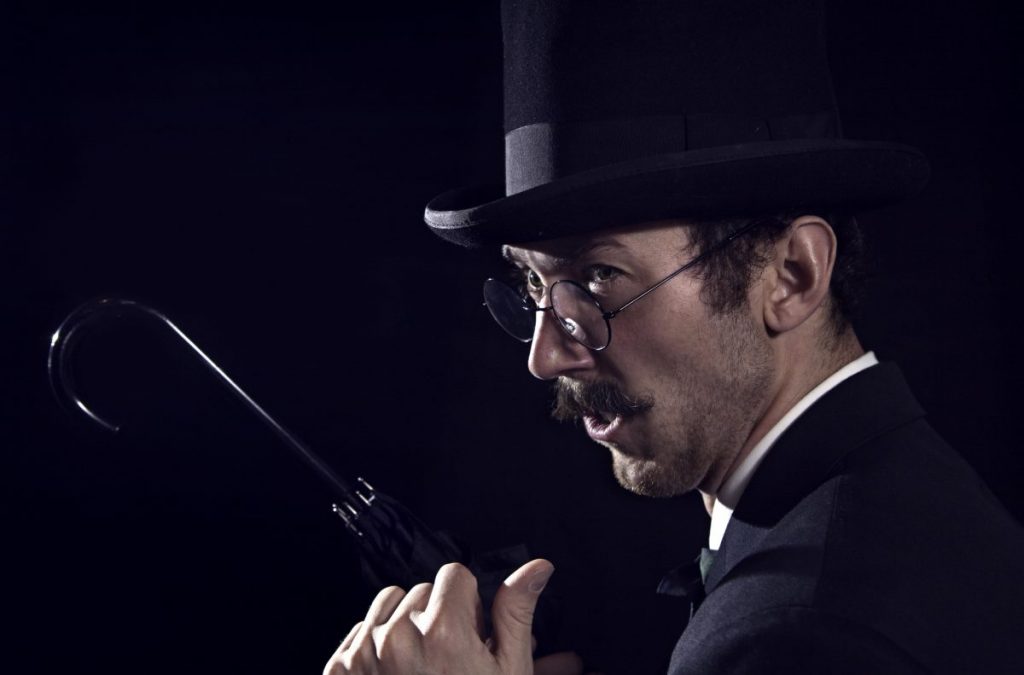 A Lamp Killed the Dinosaurs

Three dinosaurs come across a magical lamp. The first dinosaur rubs it and a genie appears. "I have three wishes. One for each of you," the genie says. The first dinosaur doesn't hesitate before his request "All right, I'll have a big, juicy piece of meat." Immediately, a big, juicy piece of meat appears in front of him. Instantly envious, the second dinosaur speaks up. "Well, I want a shower of meat!" As soon as he utters his wish, a shower of meat rains down upon him. The third dinosaur, not to be outdone, has to think for a second about what could possibly be better than a shower of meat. "Aha, I've got it!" he proclaims. "I'll have a meatier shower!" 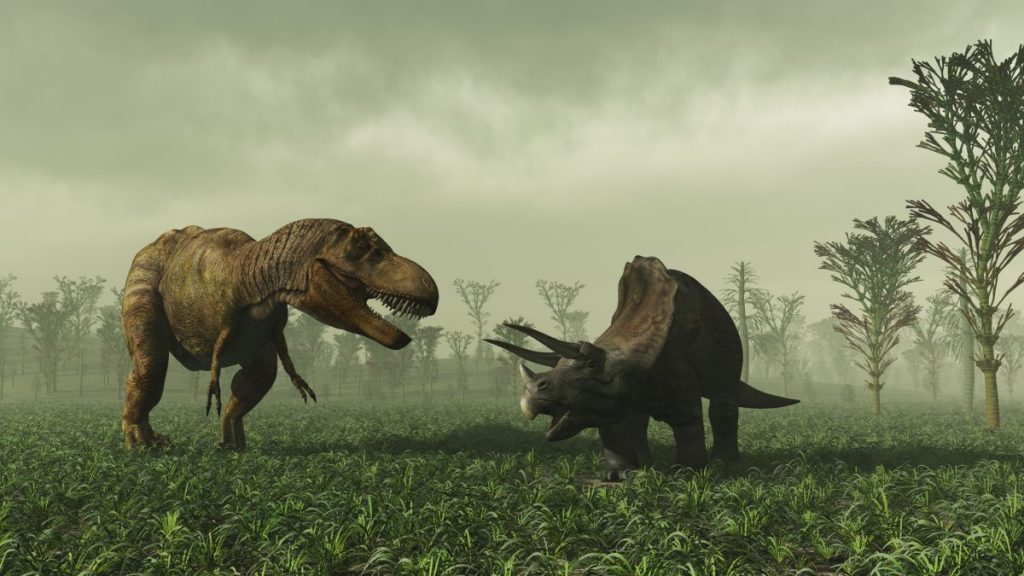 The Fortune Teller and the Frog

A frog decides to visit a fortune teller to find out if he'll ever find his princess. The fortune teller reads his palm and after a few brief moments of contemplation, begins her reading. "I have good news and I have bad news. Which would you like to hear first?" The frog, anxious for the possibility of true love, chooses the good news first. "You are going to meet the most beautiful girl," the fortune teller says. "She's going to be very interested in you and will know everything there is to know about you. You'll open up to her and give her your heart." Pleased, the frog then cautiously asks for the so-called bad news. To this, the fortune teller replies, "You'll meet her in a Biology class." 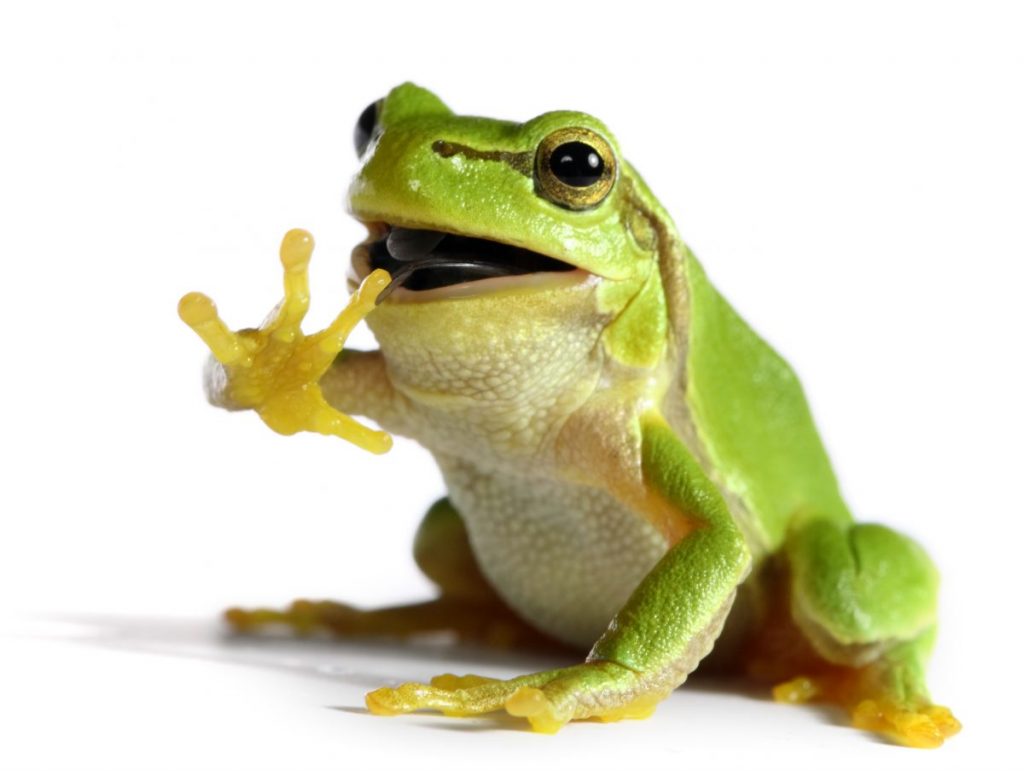