What Are Some Fun and Thought-Provoking Riddles?

Riddles are fun and thought-provoking puzzles. For millennia, people have created riddles to confound and entertain others. Some of the greatest writers throughout history wrote riddles in their spare time to amuse others and flex their minds. William Shakespeare would often include his riddles in his plays. Many modern riddles rely on a twist or require a certain level of ingenuity. The best riddles have interesting answers and are satisfying to solve. However, it’s important to note that many riddles can potentially have multiple answers, depending on the cleverness of the person solving them.

A carpenter, a lawyer, a homeless man, and a retail store employee are all playing poker together. The police are searching for a criminal in the area, but they have very little information about their target. The only information the police have is the person’s name and that they will be playing at this poker game. The police break into the room where the four individuals are playing poker and, without communicating, immediately arrest the retail store employee. How did they know the employee was the criminal?

Answer: Of those four, a retail employee is the only one who has to wear a nametag. Alternatively, the police had a name that indicated one gender and the other three individuals were a different gender. 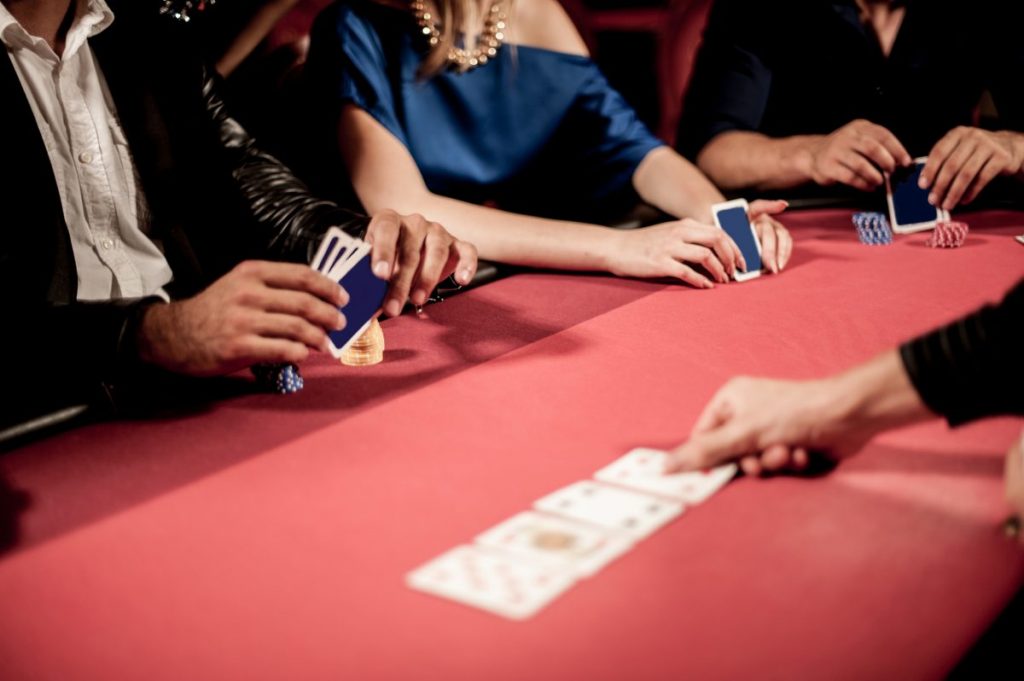 A Stone Inside A Tree

As a stone inside a tree, I will build words to outlive thee. But if they push and pull me as I stand, the more I move, the less I am. What am I?

Answer: The object is a pencil. Graphite in pencils is a mineral that exists within rocks. The wood surrounding the pencil is the tree in the riddle. The push and pull refer to the motions necessary to write with a pencil. As a pencil writes, it gradually becomes smaller. 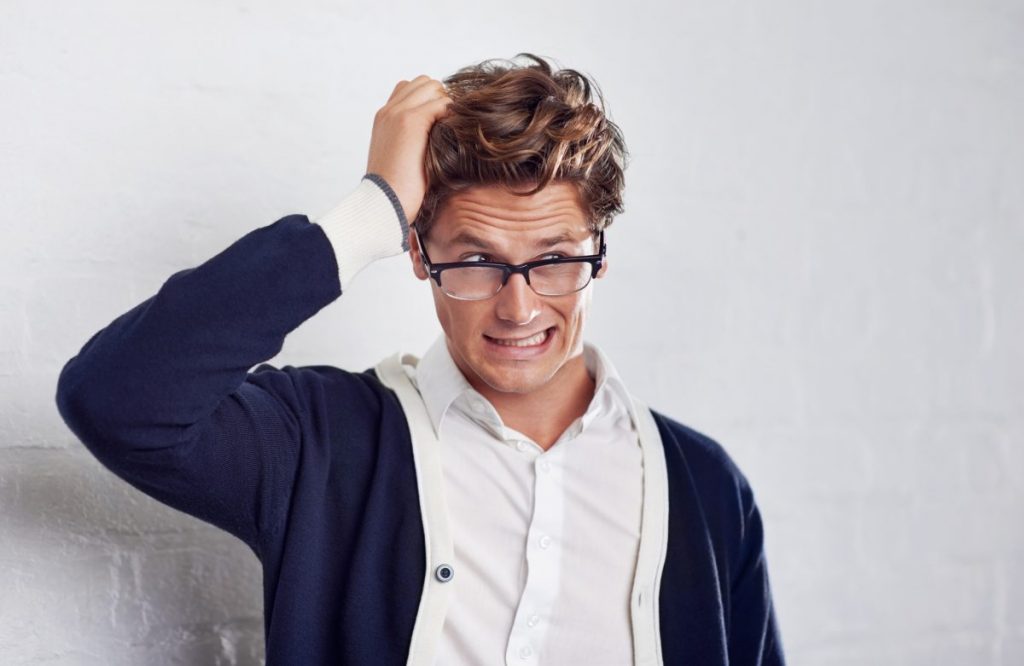 A man lives on the 22nd floor of a very fancy apartment building. Every day, he takes the elevator down to the ground floor and goes about his business. When he returns and steps back into the elevator, he gets off at the 16th floor. He then takes the stairs up to the 22nd floor. This is his daily routine unless another person is in the elevator or it is raining. Why?

Answer: The man is short and cannot reach a button higher than 16. When another person is in the elevator, they can hit the button for him. When it is raining, he can use an umbrella to hit the higher numbers. 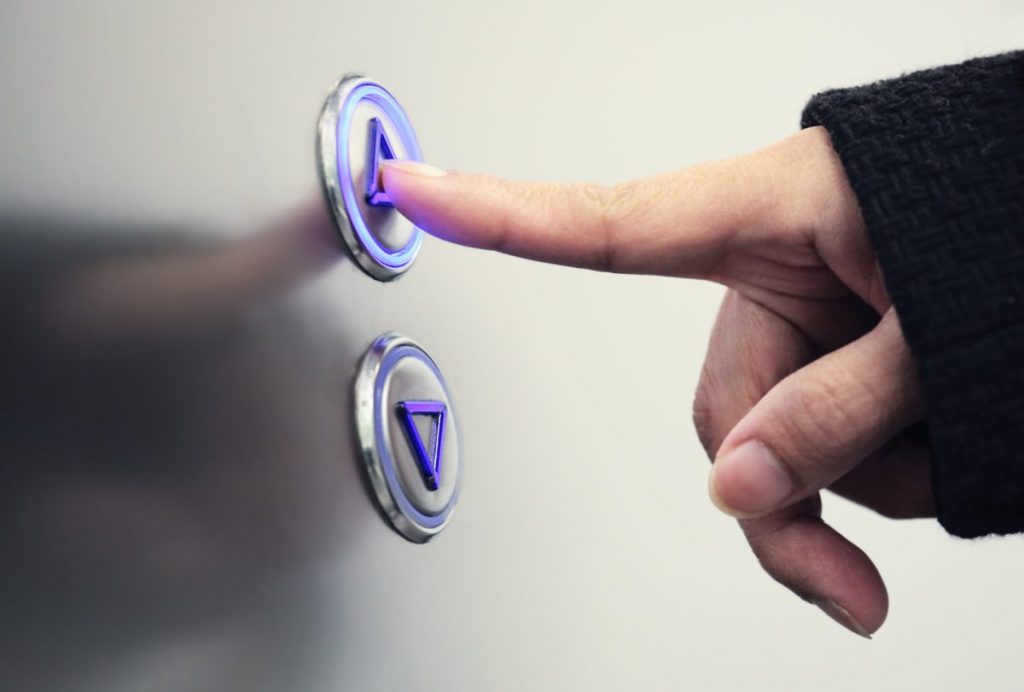 A king has no sons, no daughters, and no queen. The king must choose an heir to his crown from the children of the kingdom. To do so, he gives each child of the kingdom a single seed. He tells the children that the child who grows the biggest, most beautiful plant will inherit the kingdom. At the end of the competition, every child has a gigantic and beautiful plant in their pots, with the exception of a little girl who only has a pot full of dirt. The king declares her as his heir. Why?

Answer: There are two possible answers for this riddle! The primary answer is that the seeds were fake and every other child cheated. Alternatively, the girl planted her seed in the ground rather than the pot, thus giving the plant more room to grow and allowing it to become the largest. 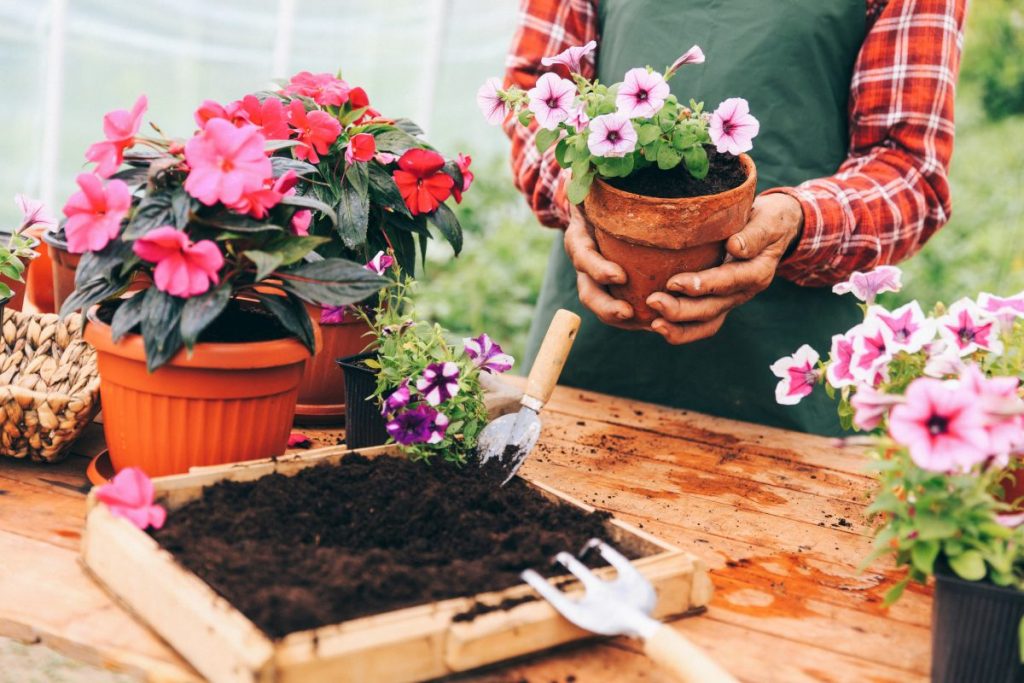 Going For a Jog

Answer: He’s a baseball player who just hit a home run. The two men were the catcher and the umpire. 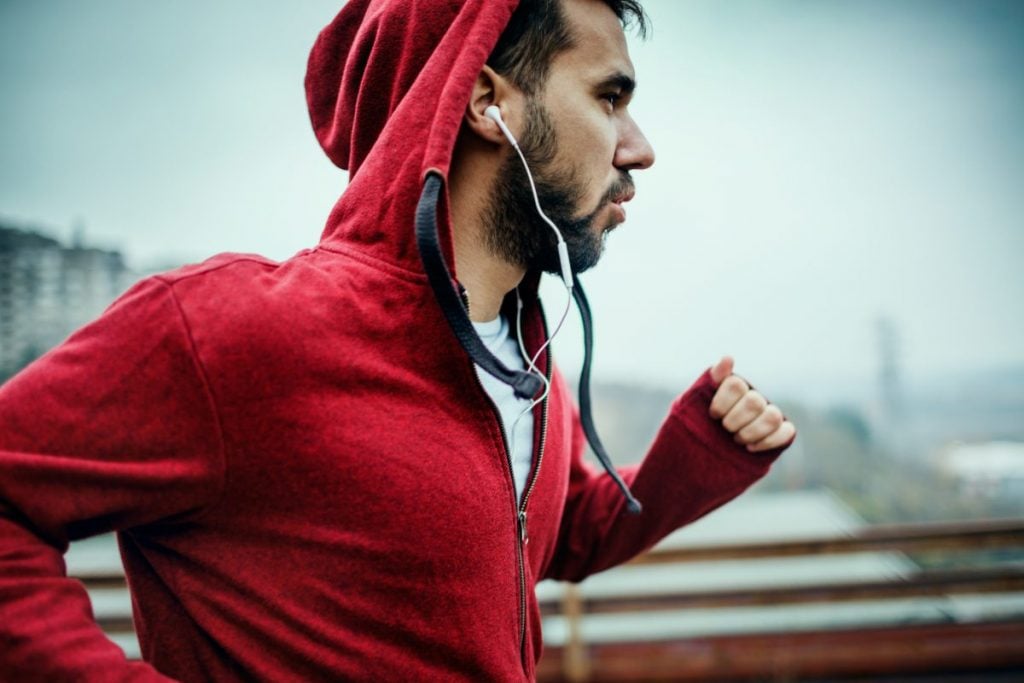 In order to enter a fort, a woman must answer the guard’s question correctly. If she fails, the guard will ban her from ever entering. To figure out how to answer the question, she hides nearby. She sees a person walk up to the guard. As the person approaches, the guard says, “Six.” The person replies with, “Three,” and the guard lets them in. Another person walks up, but this time the guard says, “12.” The person responds with, “Six,” and the guard lets them in. She decides to give it a try. The guard tells her, “10,” and she responds with, “Five.” The guard bans her from the fort. Why?

Answer: The password is the number of letters in the word he says. Six has three letters, 12 has six, and 10 has three. 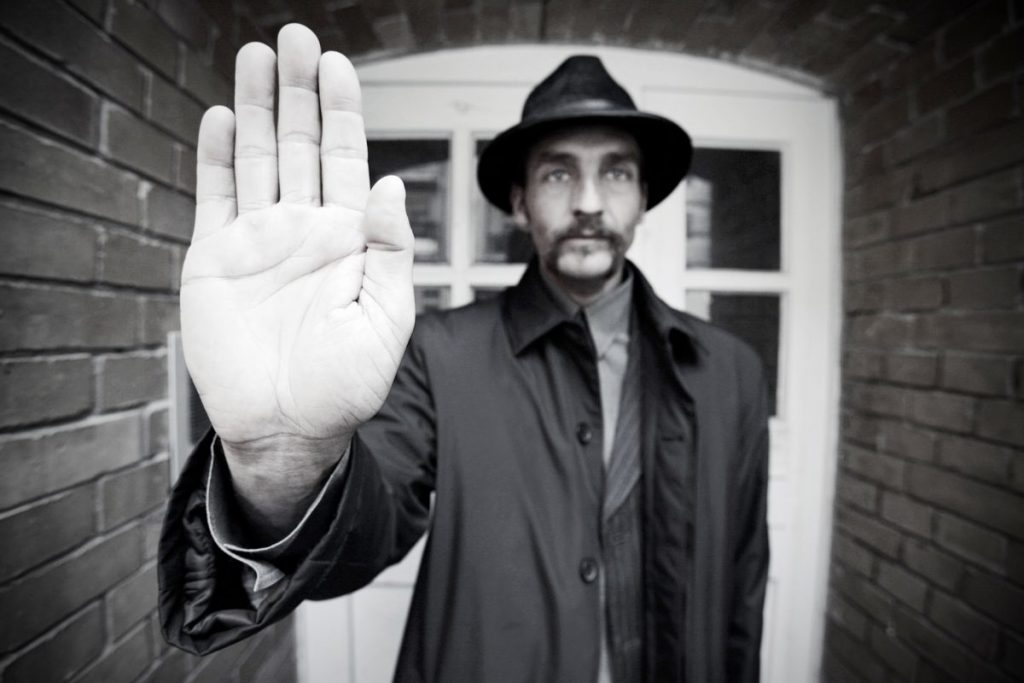 A woman is leaving on a business trip when she realizes she forgot some paperwork in her office. As she runs into her office, the night watchman stops her. The watchman informs the woman that he just woke up from a dream that the woman’s plane would crash. The woman decides not to take the plane, and sure enough, it crashes. She pays the night watchman $1000 and immediately fires him. Why did the woman fire the watchman?

Answer: If he had just woken up, the watchman must have been sleeping on the job. 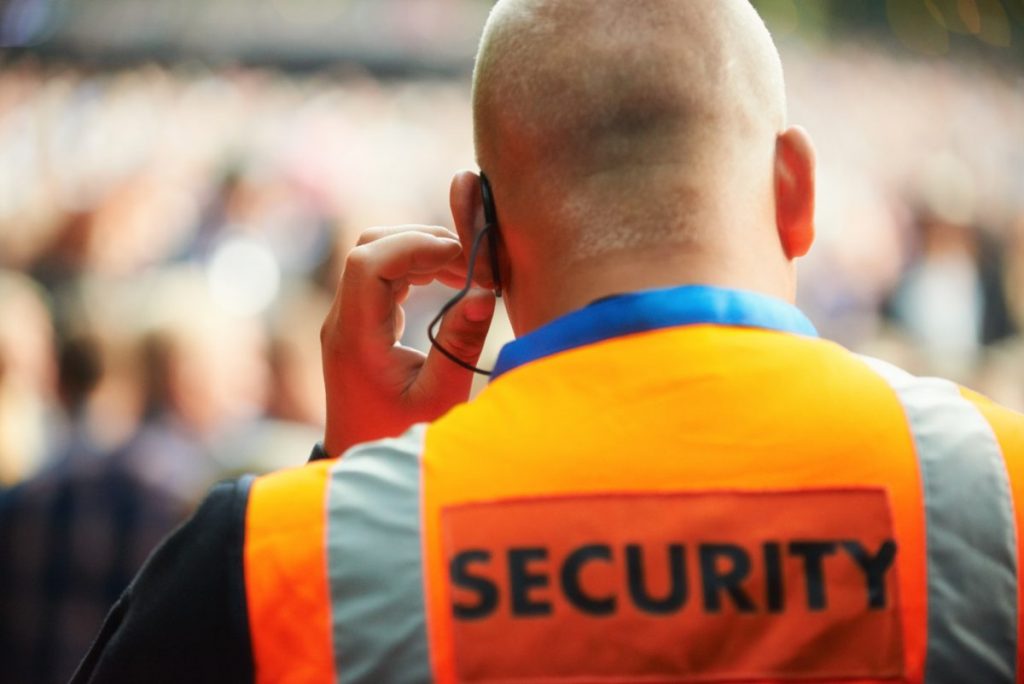 Throw Me Out the Window

If they throw me out the window,

But leave me in the middle of a door,

Answer: The letter “n.” Window without n becomes “widow,” or a grieving wife. Door with n in the middle becomes “donor.” Donated organs or blood could save a person’s life. 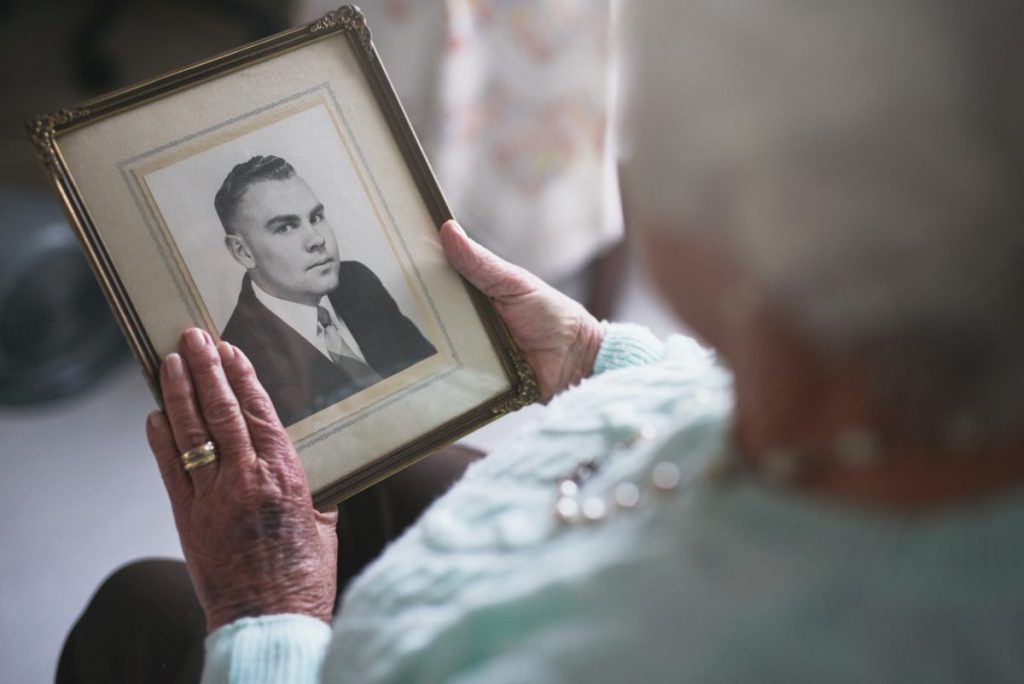 Answer: Choose whichever chest is labled '50 gold and 50 silver.' It must have 100 gold or 100 silver because the label is wrong. If the chest contains a gold coin, the entire chest is full of gold. If it is silver, then the chest with the silver label will have the gold coins. 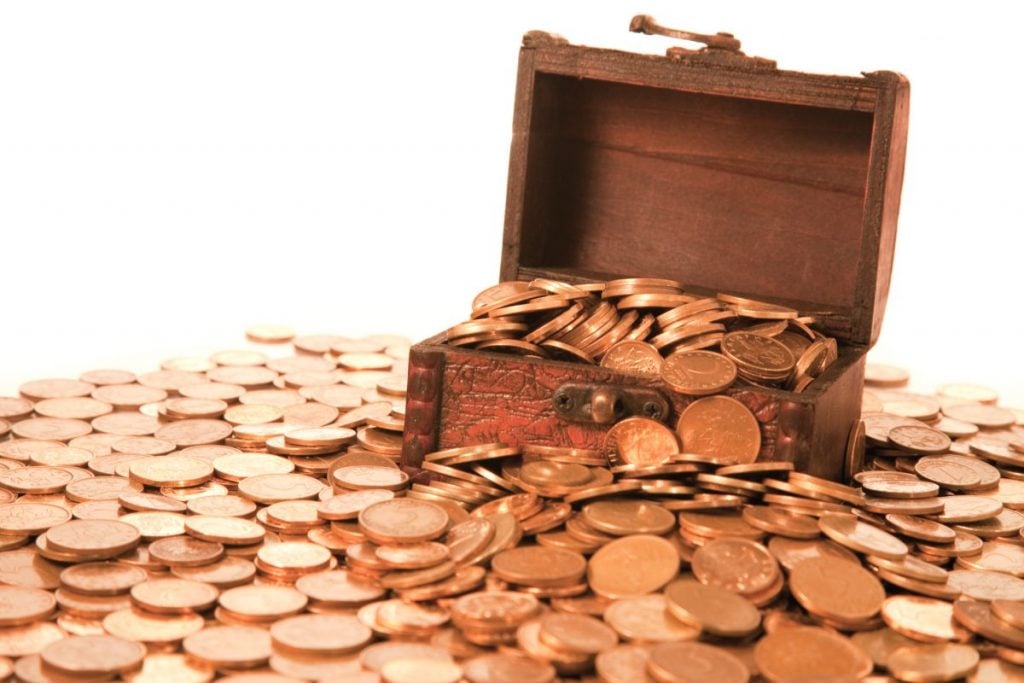 A woman named Mrs. Whatt has five children. The oldest four children’s names are Lala, Lele, Lili, and Lolo. What is the name of the youngest child -- why do people laugh at her name?

Answer: They laugh at her because her name is What Whatt. The other children’s names are irrelevant and the statement “What is the name of the youngest child” disguises the answer as part of the question. 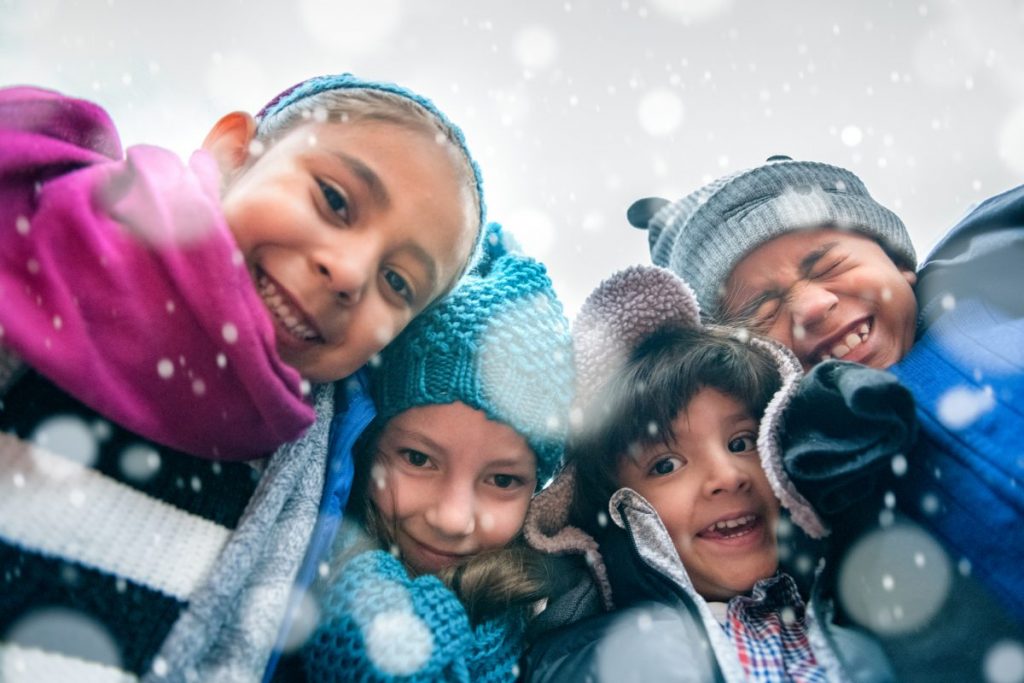