What are Copperhead Snakes?

During spring and fall, males fight each other for the right to mate with receptive females. After mating, egg incubation lasts between 180 days and nine months. The female will give birth to anywhere from two to 20 live baby snakes, because copperheads are ovoviviparous -- their eggs incubate internally. When mating in the fall, the female will store the sperm until after hibernation, at which point it will fertilize her eggs. Mothers don't raise their young, so from birth, the fangs of baby copperheads are loaded with venom just as potent as any adult. 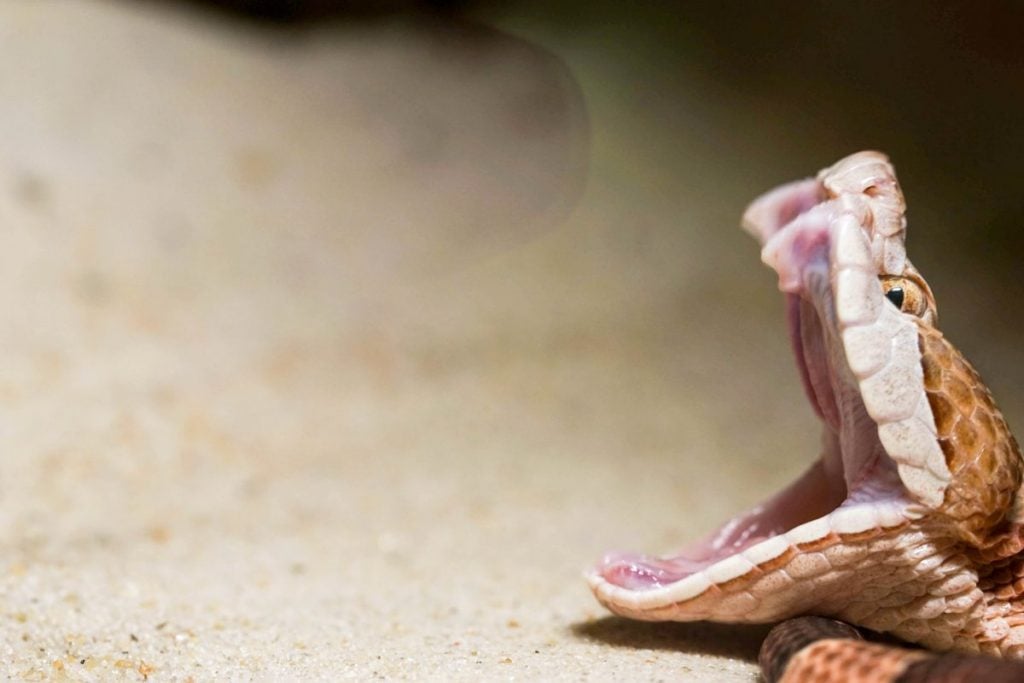