These SUVs Never Should Have Been Made

SUVs are consistent sellers, but sometimes automakers don't get them right. Some of the worst SUVs of all time are too ugly, too faulty, and too expensive for anybody to truly love. These aren't just unpopular SUVs and crossovers; these vehicles stand out for their long list of problems.

These SUVs never should have made it to the showroom floor, but they'll forever live in infamy for their failures. Some of them have abysmal design cues while others look the part, but fall short on performance.

The Cybertruck gets points for pushing the envelope of how an SUV should look. However, Elon Musk and his engineers at Tesla completely detached themselves from reality to create an SUV with no side mirrors, no windshield wipers, and a triangle roof. It's like polygons gone wild.

The Tesla Cybertruck only comes in one color - a brutalist, dystopian grey that only serves to highlight the SUVs garish design elements. The Cybertruck will certainly be mentioned in the same breath as the Pontiac Aztek, Honda Element, and other hideous SUVs. 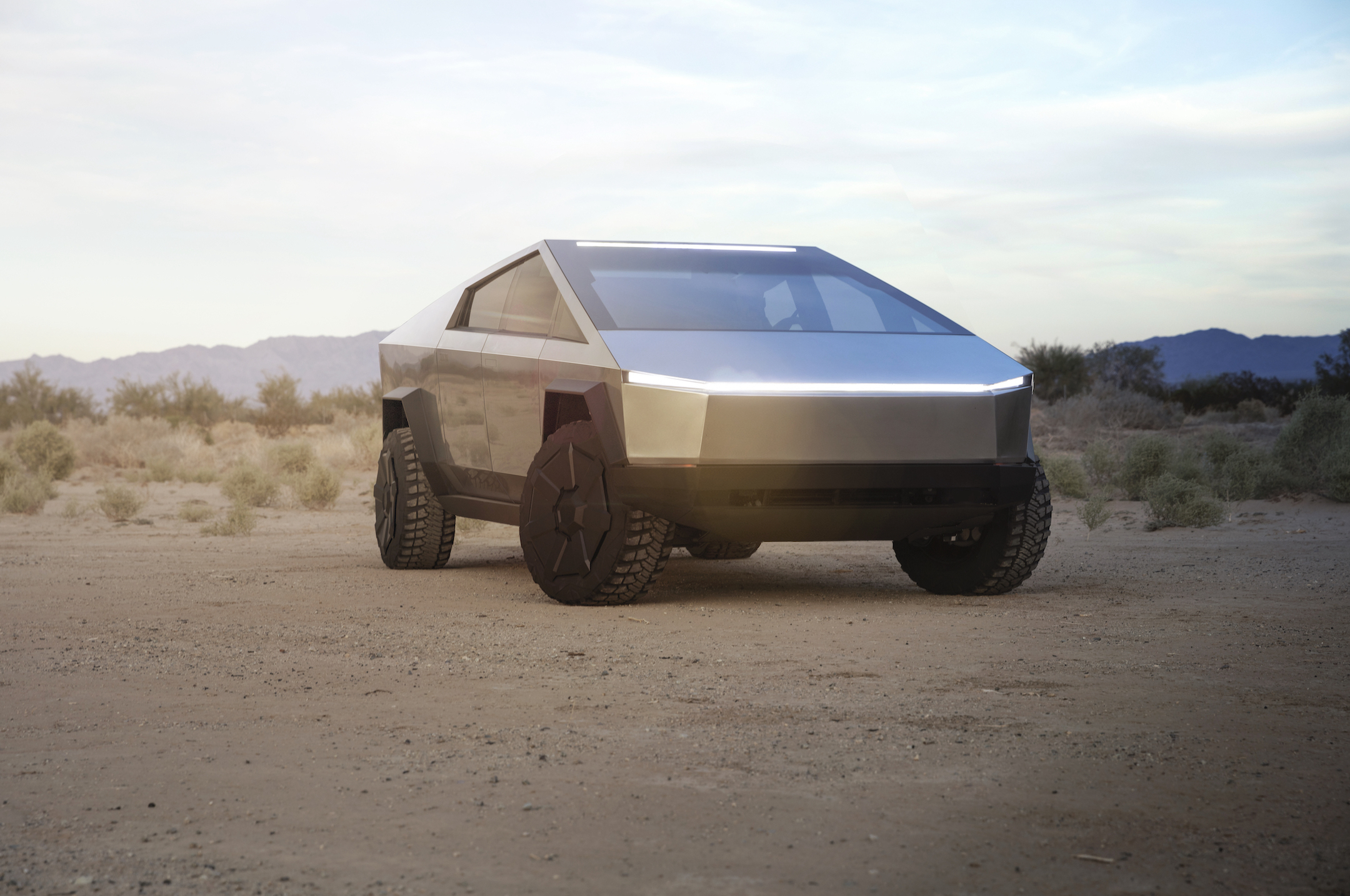 The poor, Pontiac Aztek, owns the title of the ugliest SUV ever made. It marked a complete departure of industry conventions at the time and stood out as the antithesis of SUV design. The Aztek was big in all the wrong places and lacked the performance chops to back up its bravado.

The Aztek shared a chassis platform with GM minivans and had a 3.4 Liter V6 engine under the hood. It was a competent off-roader, but consumers couldn't get past its unsightliness to notice. The front end was marred by too many snorkels and eyes. The profile had too much paneling, and the rear was devoid of any style. 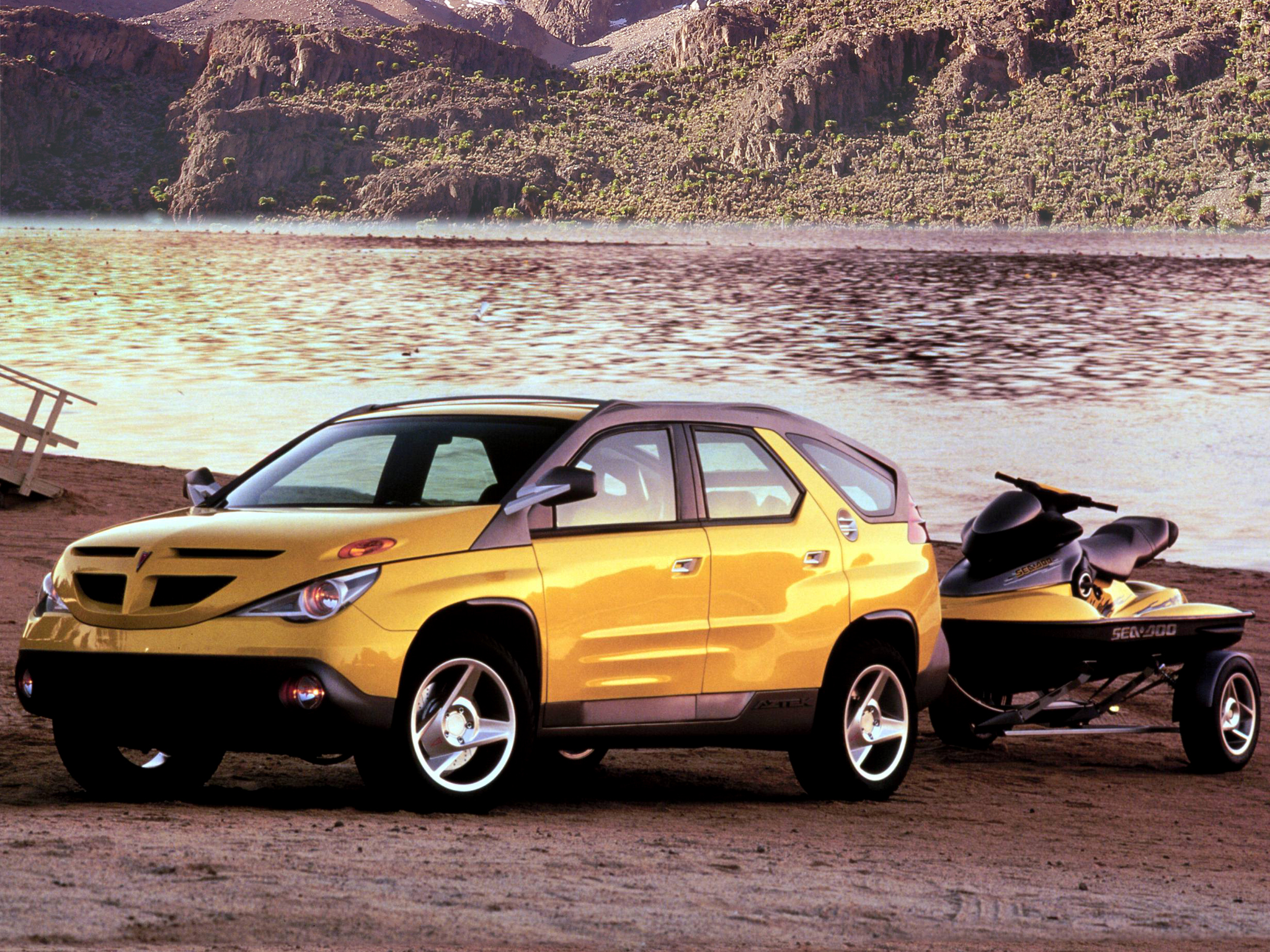 There was a time when big SUVs were all the rage, but by the year 2015, most consumers were in the market for smaller, more modern SUVs and crossovers.

The 2015 Escalade was a dinosaur. It spanned out 212 inches long and 81 inches wide. With all that paneling on display, it was hard for eco-minded consumers to sleep easy with one of those in the garage.

The 2015 Cadillac Escalade wasn't just big. It had mechanical faults. GM was forced to recall some Escalades because the airbags would only partially deploy during a crash. 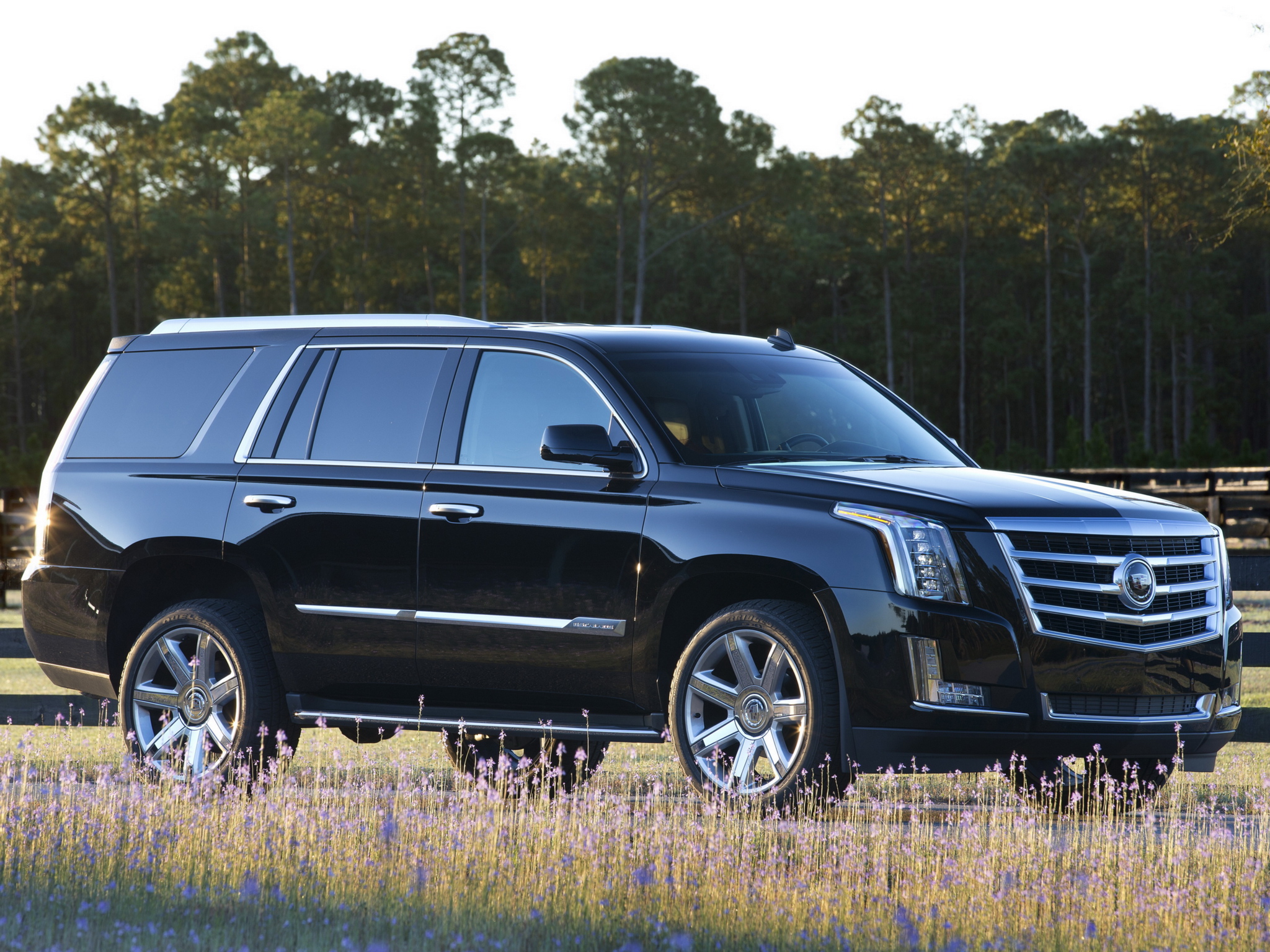 The first generation Compass was a bland, brand-killer for Jeep. It was a small, cheap, entry-level Jeep that lacked the performance chops of its stablemates. The Jeep Compass didn't even carry the coveted "trail rated" badge because it couldn't pass the off-road tests.

The 2007 Jeep Compass was smooth-faced and toned down, which isn't what Jeep consumers were looking for at all. Thankfully, Jeep decided to give the Compass a facelift in 2011 and gave it the front fascia design of a Jeep Cherokee. The new Compass also got some improved suspension, a skid plate, and an off-road package. 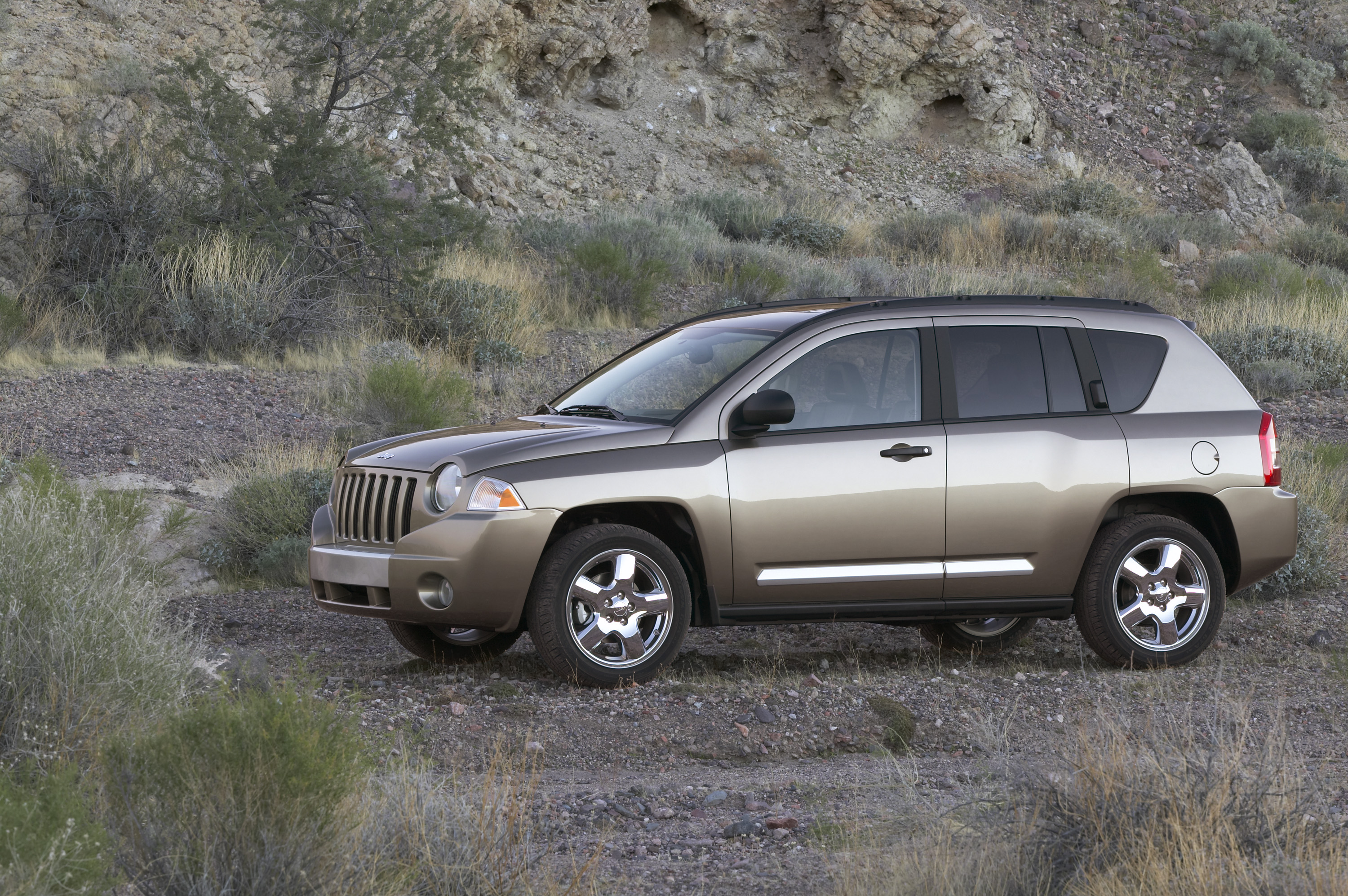 The Enclave modernized the Buick line back in 2008. At least, the design was a step in the right direction. However, mechanical errors plagued this SUV for years.

The transmission in the Enclave had a mind of its own. It would upshift or downshift out of nowhere. You'd find yourself high revving in a shopping mall parking lot and wasting all your fuel. The 2008 Buick Enclave was a repair shop's dream and an owner's worst nightmare. 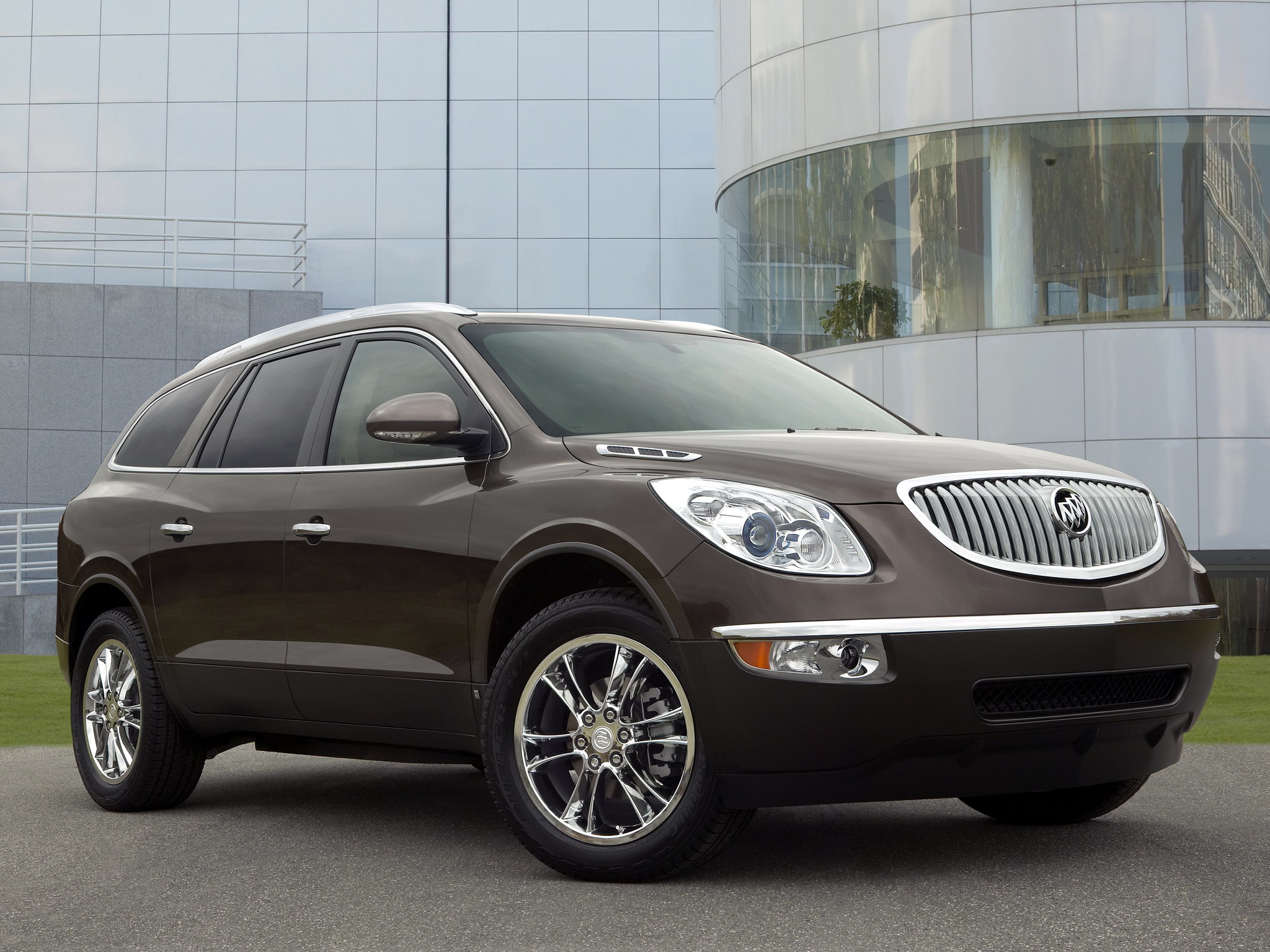 Nissan has some fantastic vehicles, but the 2005 first generation Xterra wasn't one of them. It was a large, cumbersome beast with too many polygons in its design. The body shape just went on and on.

It was marketed as a powerful off-roader, but the Xterra spent plenty of time on the side of the road. It was plagued with transmission leaks and banged up radiators. 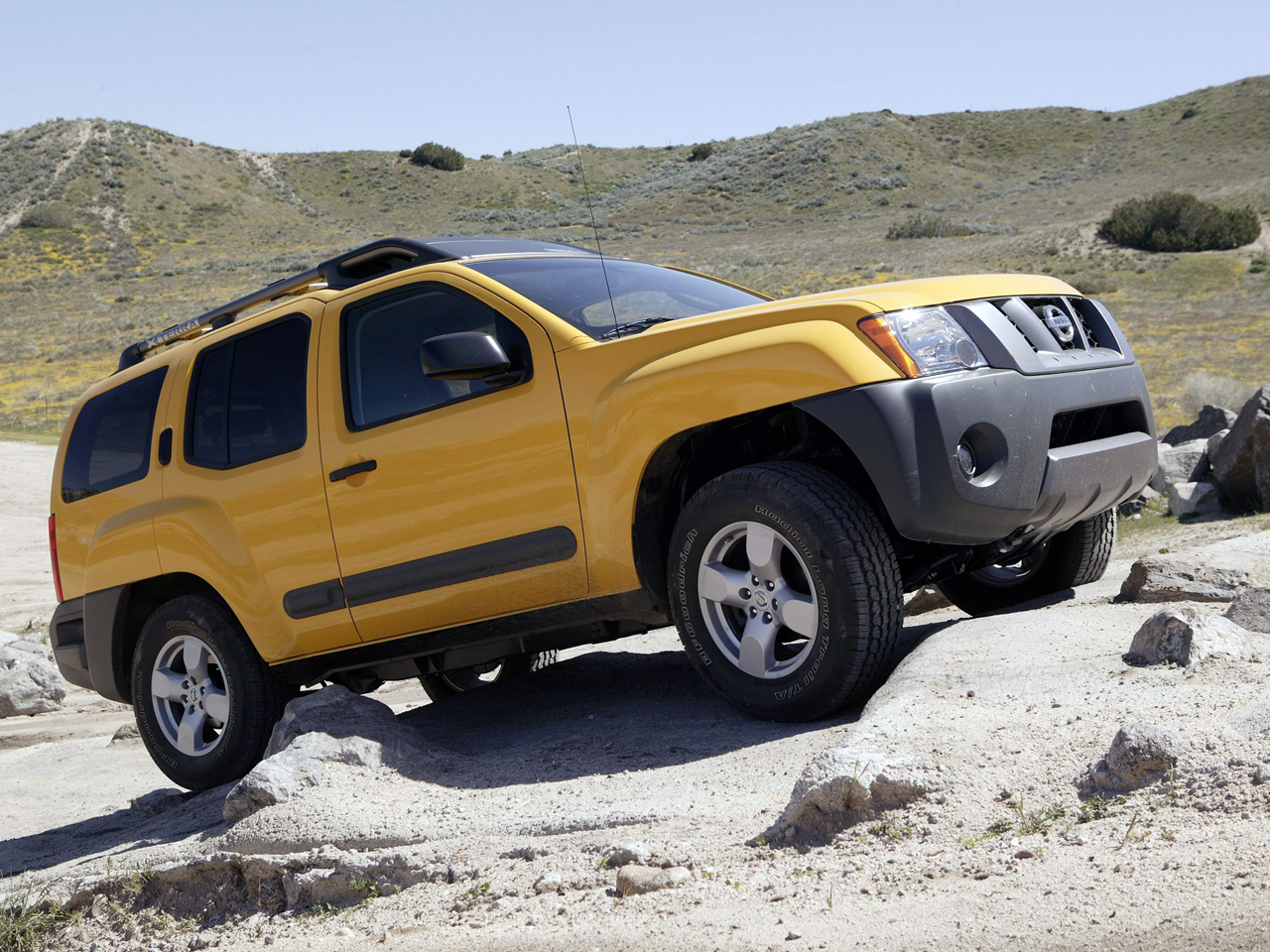 Dodge has a bad reputation for being technologically behind the times. The 2009 Journey isn't an unsightly vehicle, but it could easily be mistaken for a minivan.

The Dodge Journey debuted in 2009, and it had enough mechanical problems to make anyone want to tear their hair out. A vehicle of this size shouldn't have faulty brakes, but the Dodge Journey came with frustratingly thin brake pads and rotors. After 10,000 miles or so, these wheels would start to squeal. 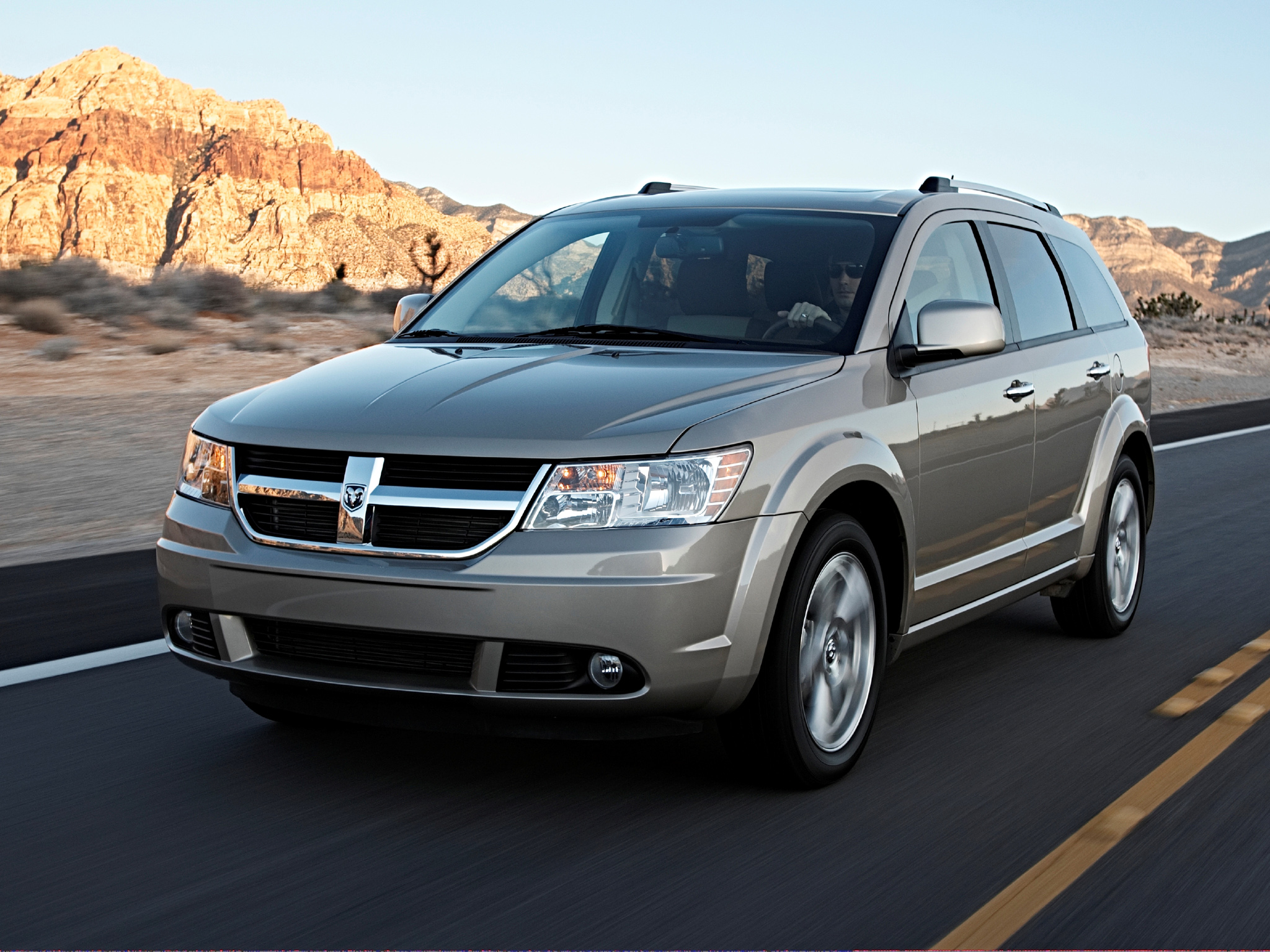 The Honda Element had a frustrating design logic. It was upright and boxy with a two-toned paneling that made it look half baked. The plastic body paneling made the Honda Element look cheap, and its performance only served to confirm that fact.

It was a four-wheel-drive vehicle with a frustratingly slow 2.4 Liter four-cylinder engine. 160 horsepower gave the Honda Element high revs and low expectations. The braking was firm, but the entire vehicle broke out into a case of the rattles when it was engaged at high speeds. 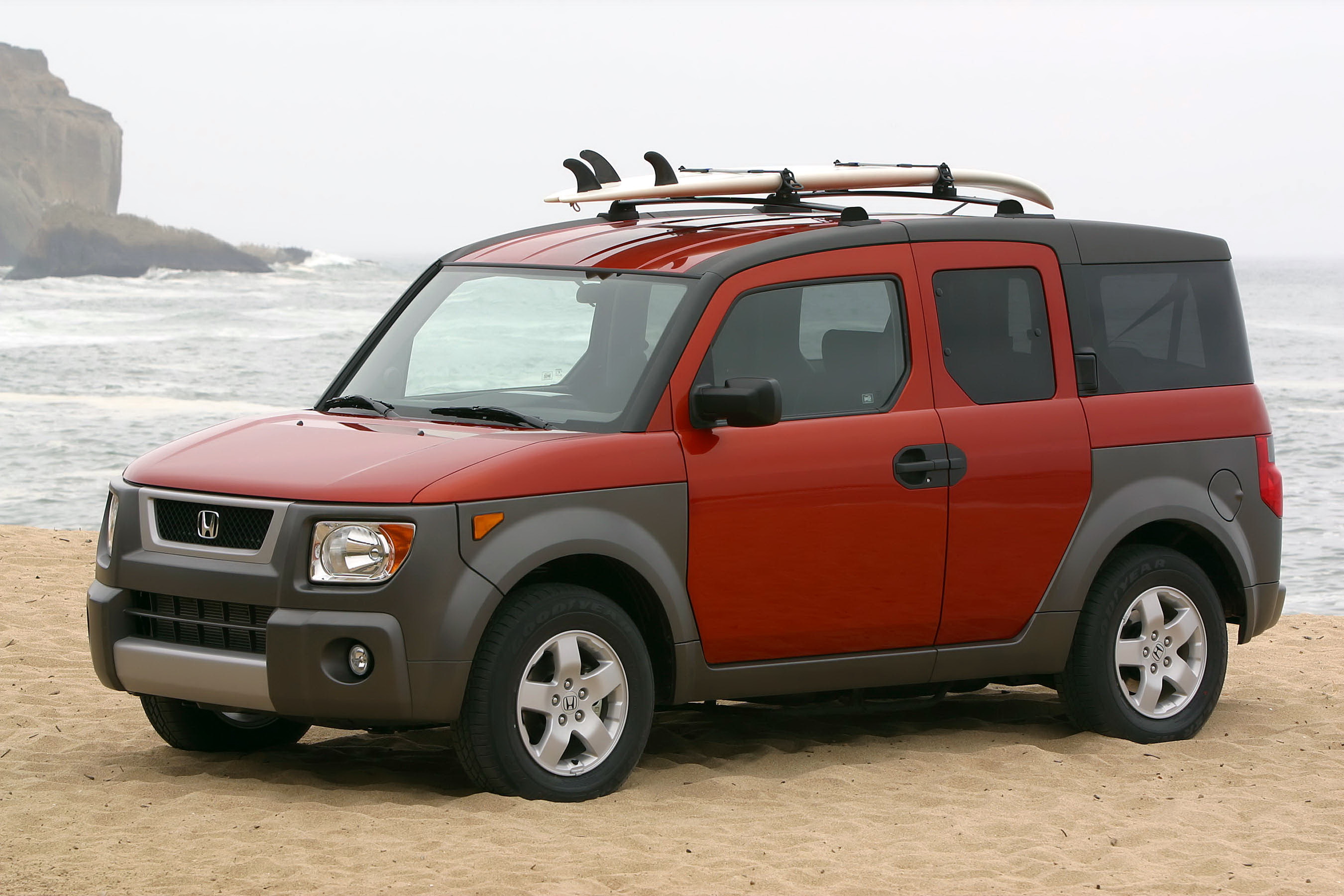 To call the X-90, an SUV was a stretch of the imagination. It was too small for utility. It didn't sit high enough to increase the driver's visibility. The X-90 also lacked any of the power and protection that drivers expected from an SUV.

The Suzuki X-90 ran from 1995 and was thankfully put out of its misery in 1997. The one positive note about the X-90 was that automakers found the limits of what made a vehicle an SUV. 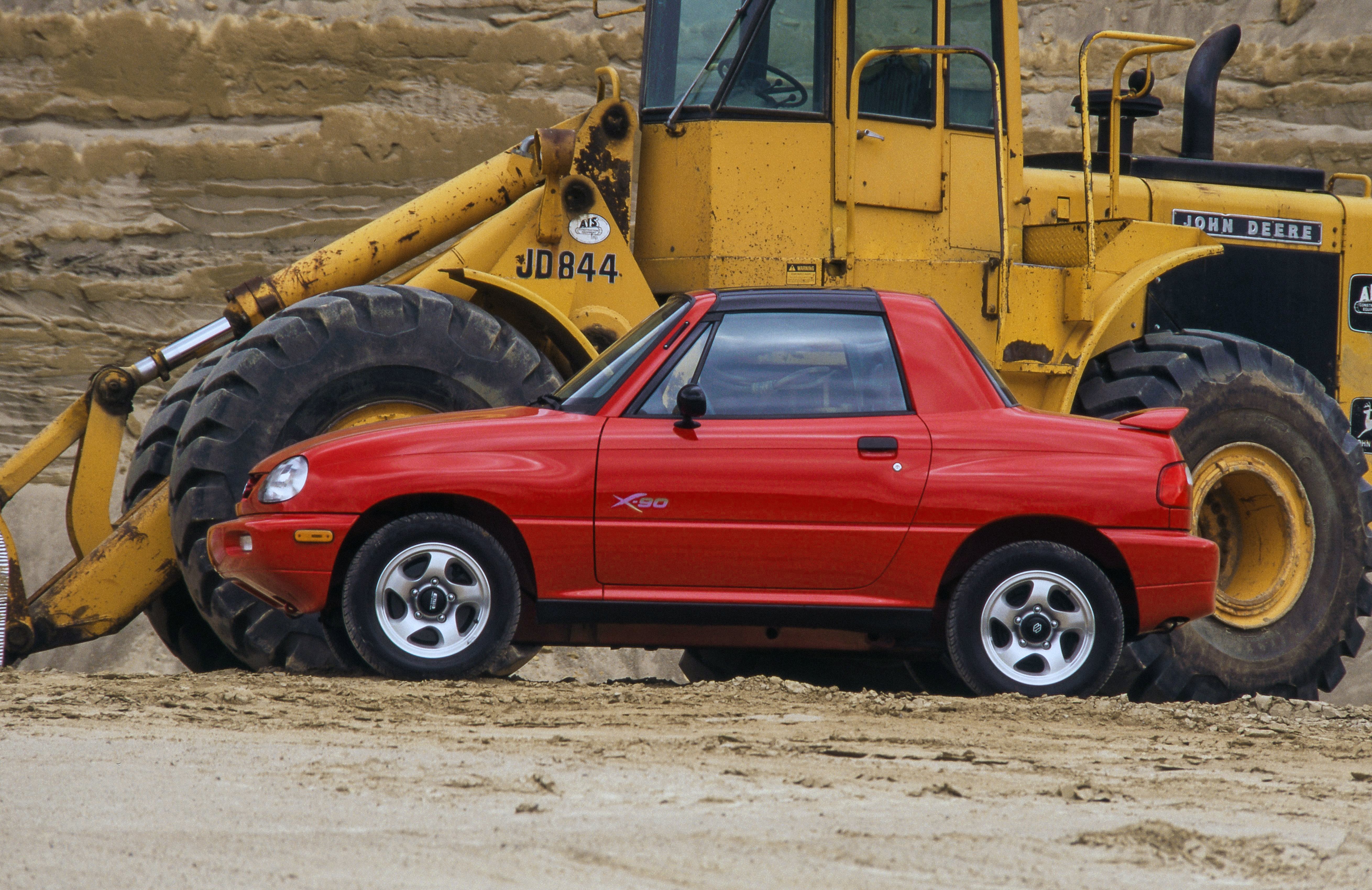 It weighed 7,000 pounds and drank gasoline like a fish. The Excursion embodied the era of big SUVs but revealed exactly why these types of vehicles were less than ideal. The Excursion was cumbersome, expensive, and difficult to maneuver. 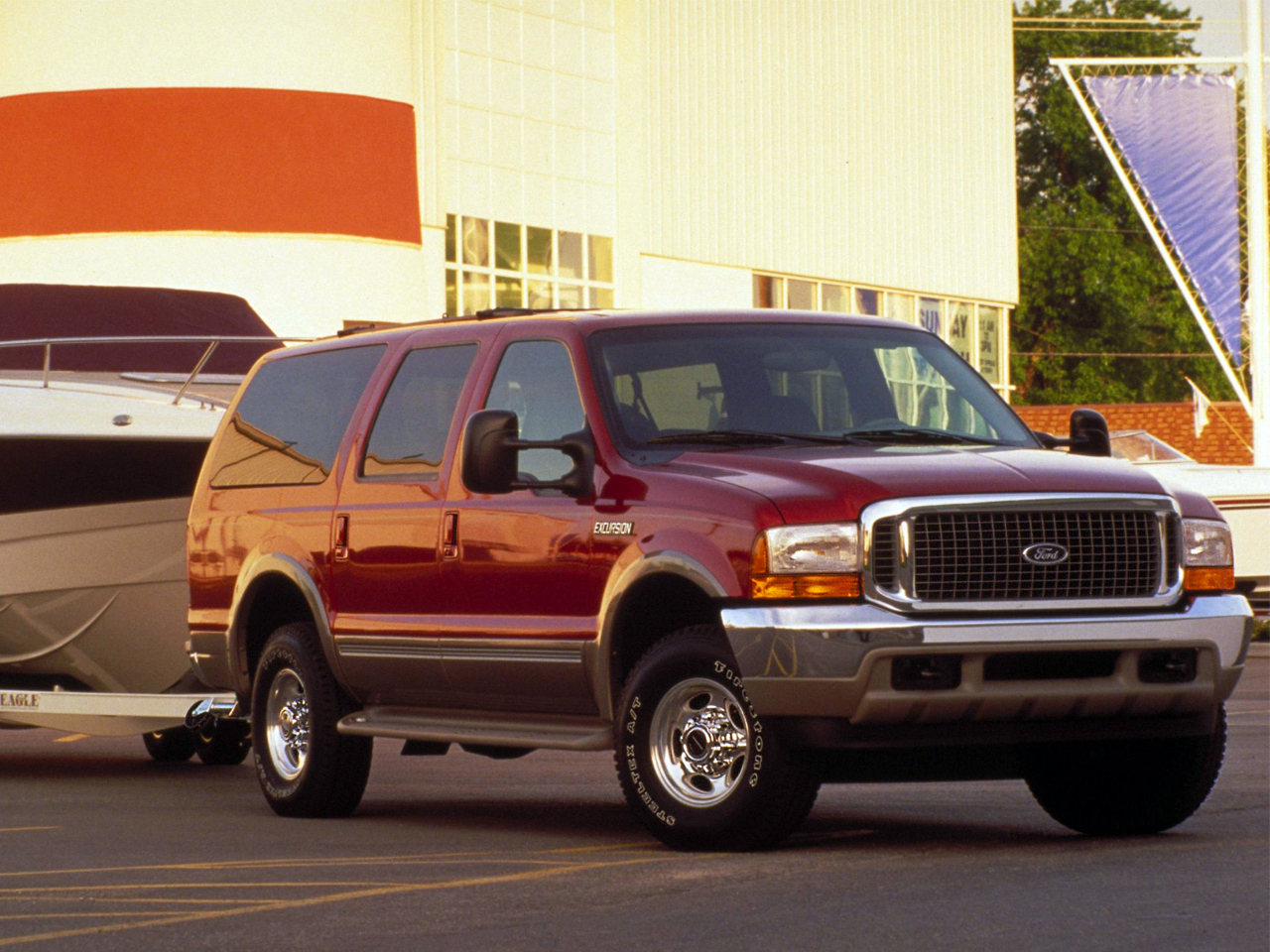