These Are the Largest Lakes in the World?

Lakes are found on mountaintops, below sea level and on every continent on Earth. Technically defined as a basin filled with water that is surrounded by land, lakes are most commonly found in rift zones, mountainous areas and places with glaciers. Although the volume of water in lakes is measured, when listing the largest lakes in the world most people look at the surface area of the water. Although lakes are found throughout the world, most of the largest lakes are in Africa and North America.

Like Great Bear Lake, Great Slave Lake is located in Canada's Northwest Territories and is frozen for eight months of the year. It has a surface area of 10,502 square miles. Great Slave Lake is named for the First Nations Dene people who were called Slavey by the Cree. The city of Yellowknife was established on the shores of the lake when gold was discovered in the area, and it is now the capital of the Northwest Territories. 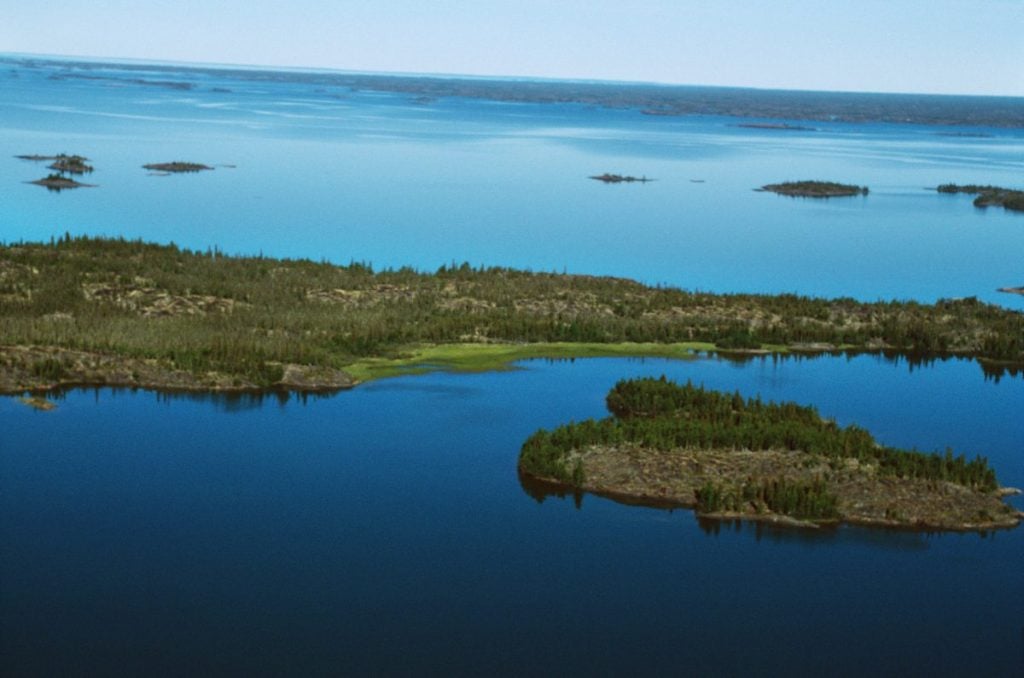 Lake Malawi is also known as Lake Nyasa and is the second deepest lake in Africa. Most of the lake's 11,400 square mile surface area is located in the country of Malawi, but it also has shores in Tanzania and Mozambique. The lake is home to more species of fish than any other lake in the world, and Lake Malawi National Park helps protect these fish and their aquatic habitats. 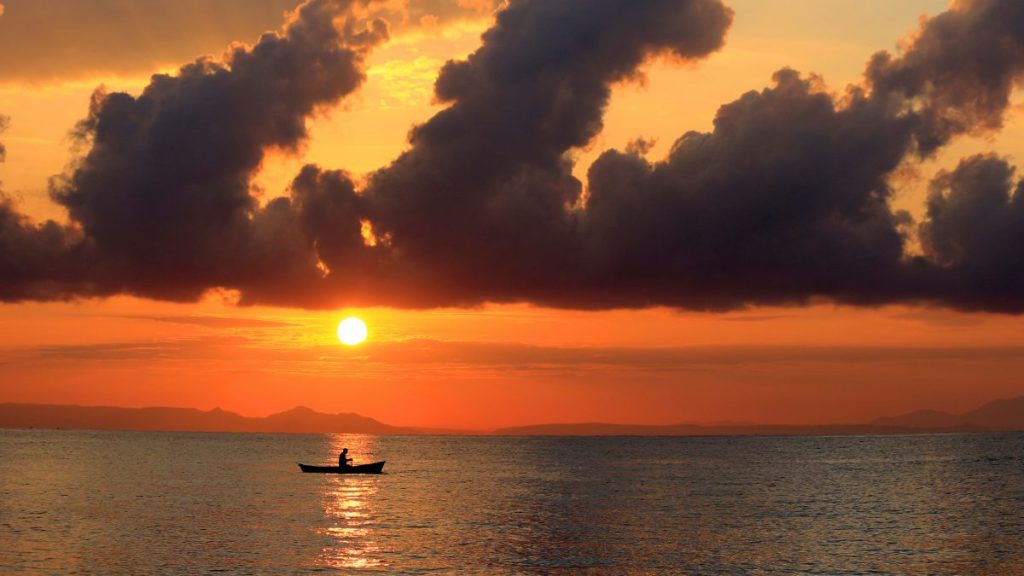 Great Bear Lake is the largest lake located entirely within Canada. It is located in the Northwest Territories on the Arctic Circle and has a surface area of 12,028 square miles, which is frozen for eight months of the year. An ice road runs straight across the lake to the community of Deline. The lake is in a remote area and is used as a base for hunting and fishing. 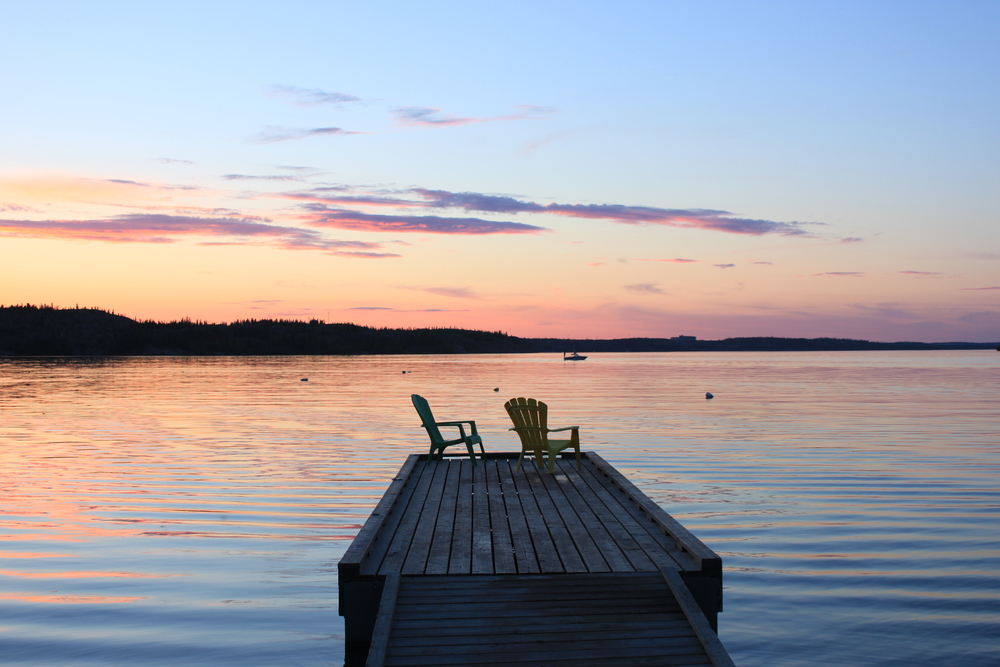 Located in Russia, Lake Baikal is the largest freshwater lake in the world when measuring by volume and has a surface area of 12,248 square miles. In fact, it contains more than 20% of the world's surface freshwater and more water than all of North America's Great Lakes combined. Lake Baikal is a UNESCO World Heritage Site and is home to around 1,800 plant and animal species, including the Baikal Seal, one of only three freshwater seal species in the world. 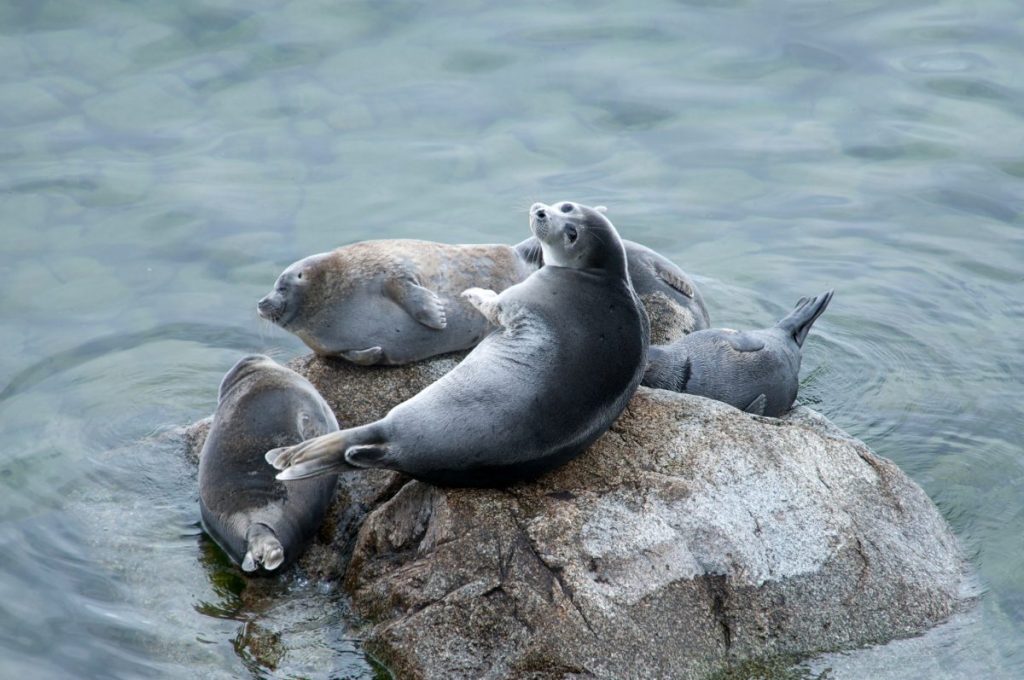 Lake Tanganyika is the longest freshwater lake in the world. It also has the second highest volume of water and is the second deepest freshwater lake after Lake Baikal. The surface area is 12,700 square miles and water from the lake flows to the Congo River and into the Atlantic. Lake Tanganyika is divided between Burundi, Zambia, Tanzania and the Democratic Republic of the Congo. It supports a major fishery that provides a large portion of animal protein to people living in the region. 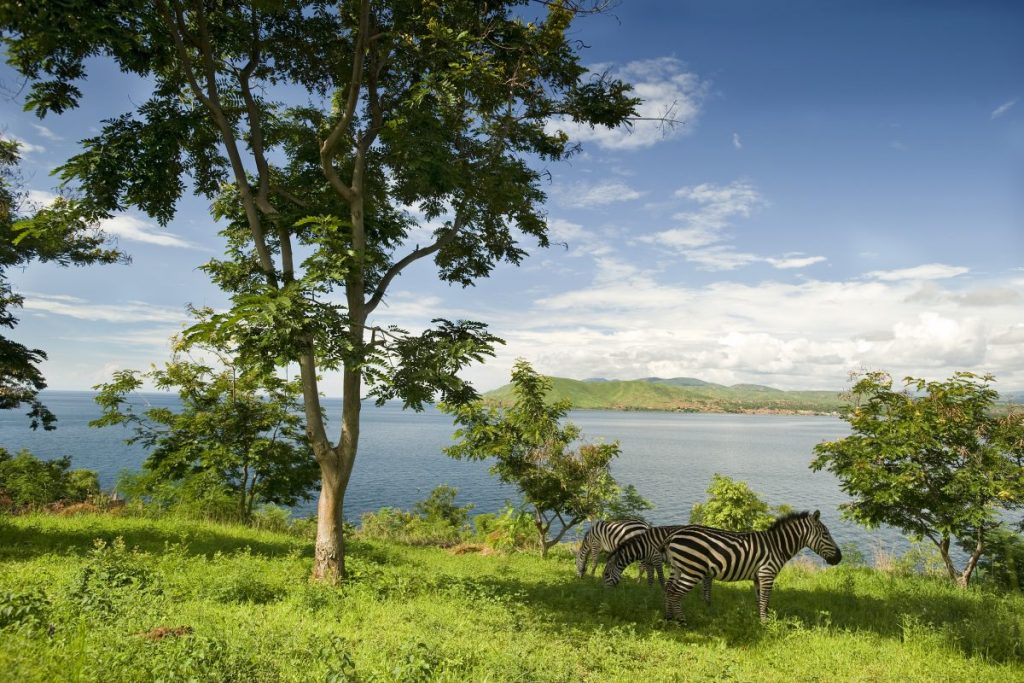 Lake Michigan is the only Great Lake located completely within the United States and is the largest lake located entirely within one country. It has a surface area of 22,404 square miles that stretches across Wisconsin, Illinois, Indiana, and Michigan. Bulk goods are shipped across Lake Michigan, and a number of large port cities are found on its shores, including Chicago, Gary, Milwaukee, and Green Bay. 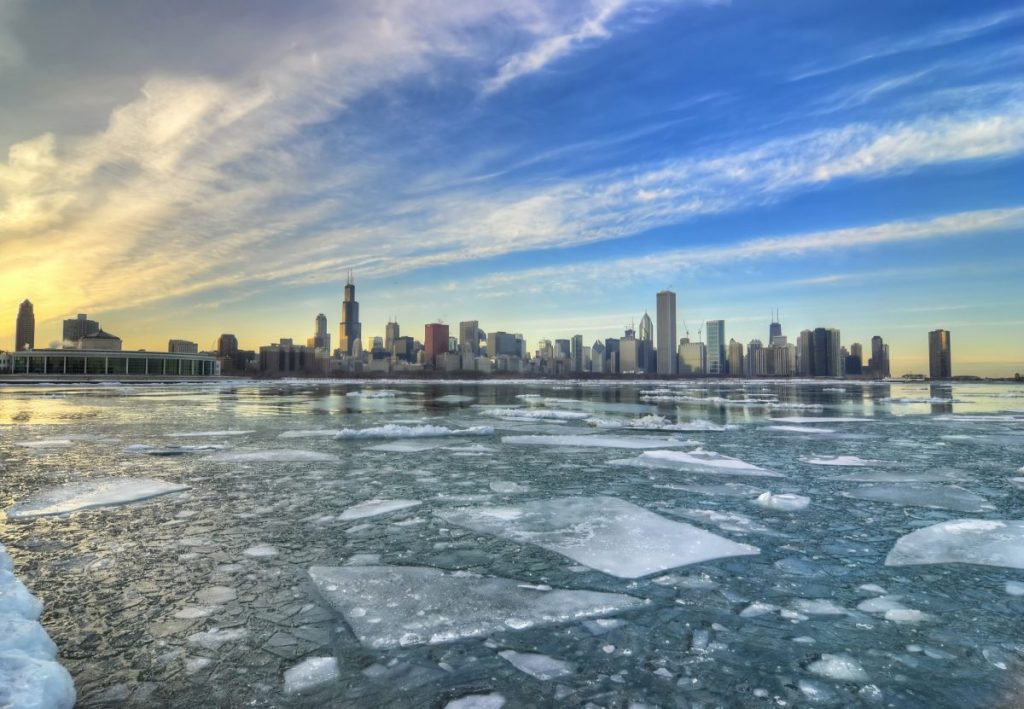 Another of North America's Great Lakes, Lake Huron is bordered by Ontario in Canada and Michigan in the U.S. Manitoulin Island, the world's largest lake island, is found in its waters and is a popular tourist attraction. The lake's surface area is 23,007 square miles, and it is connected to Lake Michigan by the Straits of Mackinac. Georgian Bay is a part of the lake that protrudes into Ontario and is big enough by itself to be among the world's 20 largest lakes. 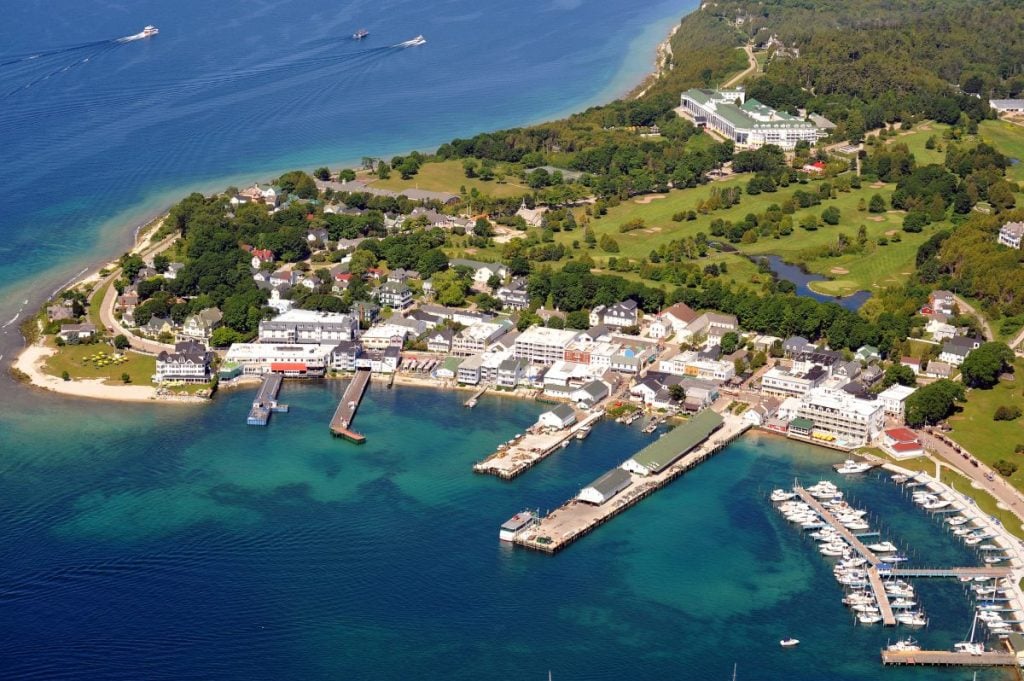 Lake Victoria is part of the African Great Lakes and is the world's largest tropical lake, with a surface area of 23,146 square miles. The majority of Lake Victoria is in Tanzania and Uganda, although a small part is in Kenya. The lake is known for its wildlife, including hippopotamuses, crocodiles, turtles and a wide variety of native and introduced fish. Lake Victoria's only outflow is where it forms the Victoria Nile. There are two dams there that control Lake Victoria's water levels. 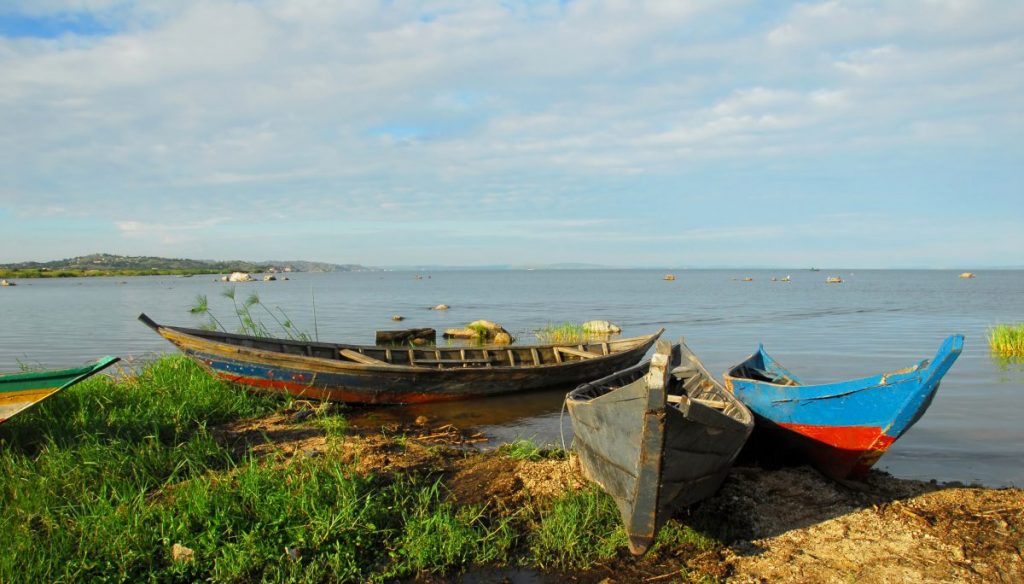 Located on the border of Canada and the United States, Lake Superior is the largest of North America's Great Lakes. In fact, it contains more water than all the other Great Lakes combined. It is the largest freshwater lake in the world by area, with a surface area of 31,700 square miles. Lake freighters carry goods across Lake Superior, and a number of ships sank into its waters and are now part of the Whitefish Point Underwater Preserve. 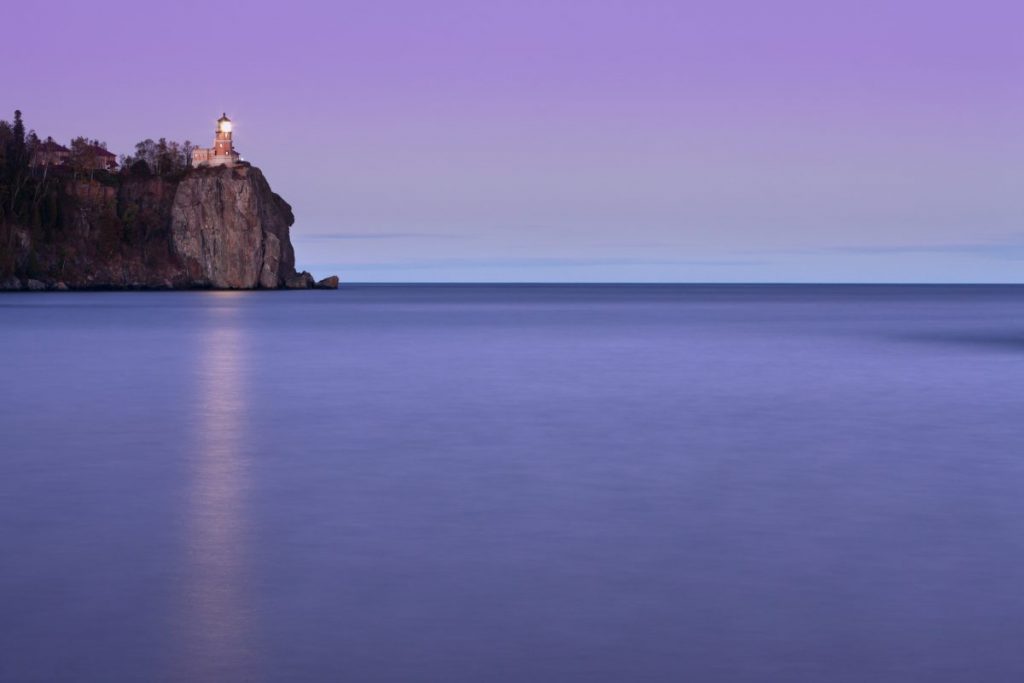 Some people leave the Caspian Sea off because the word 'sea' appears in its name, but as a body of water surrounded by land, it is definitely a lake. It was named a sea by the Romans due to its salty water. It is bordered by Russia, Kazakhstan, Iran, Azerbaijan, and Turkmenistan and is best known for its oil and caviar industries. The Caspian Sea is the largest inland body of water in the world, with an area 4.5 times larger than Lake Superior and a water volume 3.5 times more than Lake Baikal. 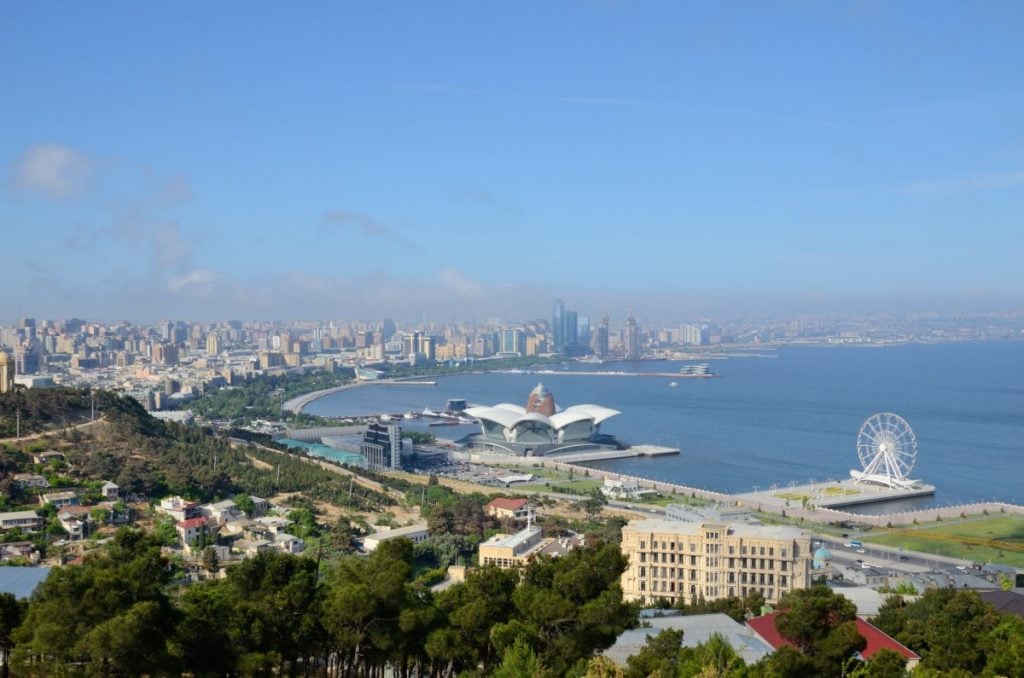