For those of us who live in towns and cities, and spend our days around the strangeness of people, it can be easy to forget that Mother Nature is wild.  Whether it's a case of evolution, adaptation, or just because they were born this way, there are some extraordinary animals, insects, and fish out there. Let's hear it for the oddballs, the weirdos, and the downright strange!

Is it a fish? Is it a lizard? The short answer to this is "yes." Also known as the Mexican Walking Fish, the Axolotl is a water-based salamander that was once a primary ingredient in the Aztec diet. Aside from their fish faces and their lizard legs, the Axolotl has been used frequently in science as they can regenerate limbs. Today they are on the critically endangered list, after nearly going extinct in 2010. 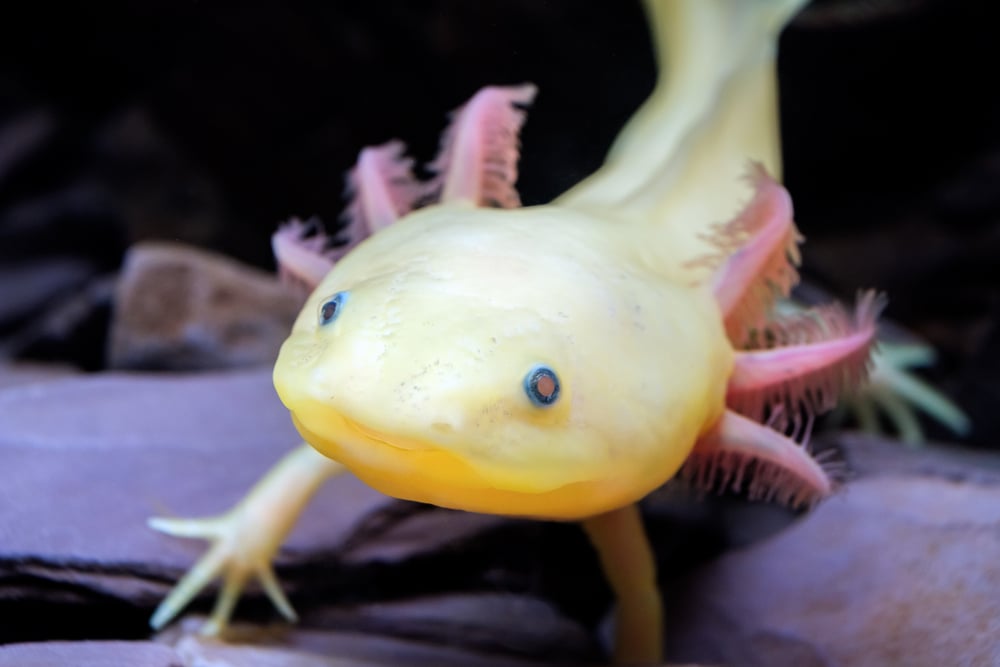 At first glance, this turtle doesn't seem to be particularly unorthodox - until it extends its neck to eat. Commonly found in Eastern Australia, the Eastern Long-Necked Turtle is the giraffe of its kind. In fact, its neck is so long that rather than retract it into its shell, it has to turn itself sideways. Nicknamed "The Stinker," this turtle also emits a particularly foul-smelling odor if it gets startled in any way. 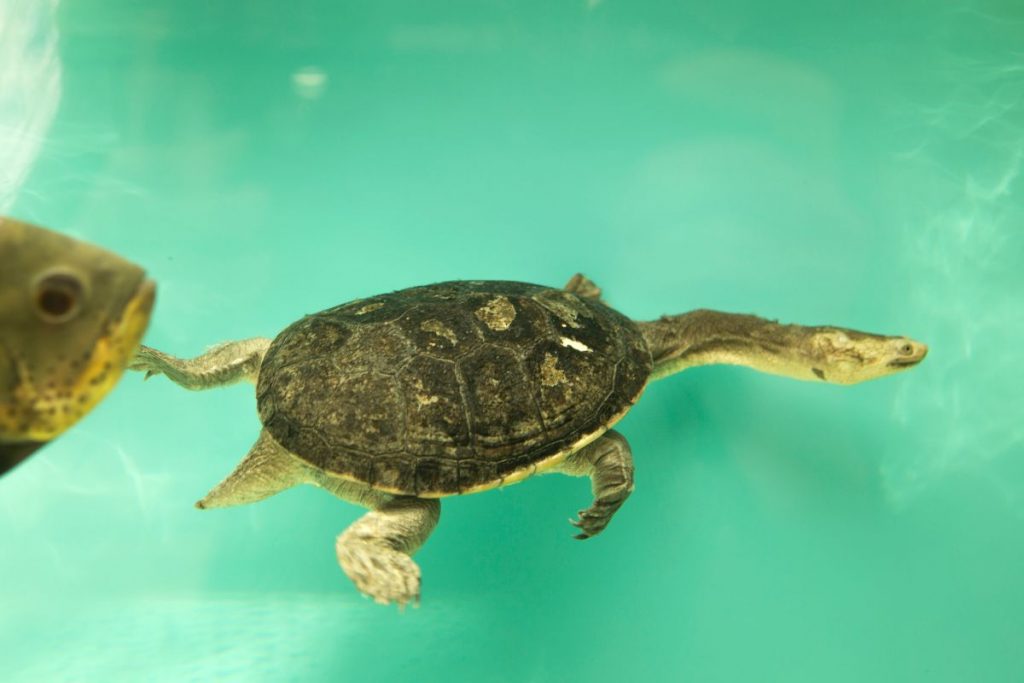 Is it a bird? Is it a plane? Well, the California Condor definitely is a bird, although with a wingspan of 8-10 feet, is often mistaken for a small airplane and has caused quite the consternation for air traffic control. These majestic birds aren't the most beautiful of creatures, but they are efficient - they can soar for around 3 miles without flapping their wings. 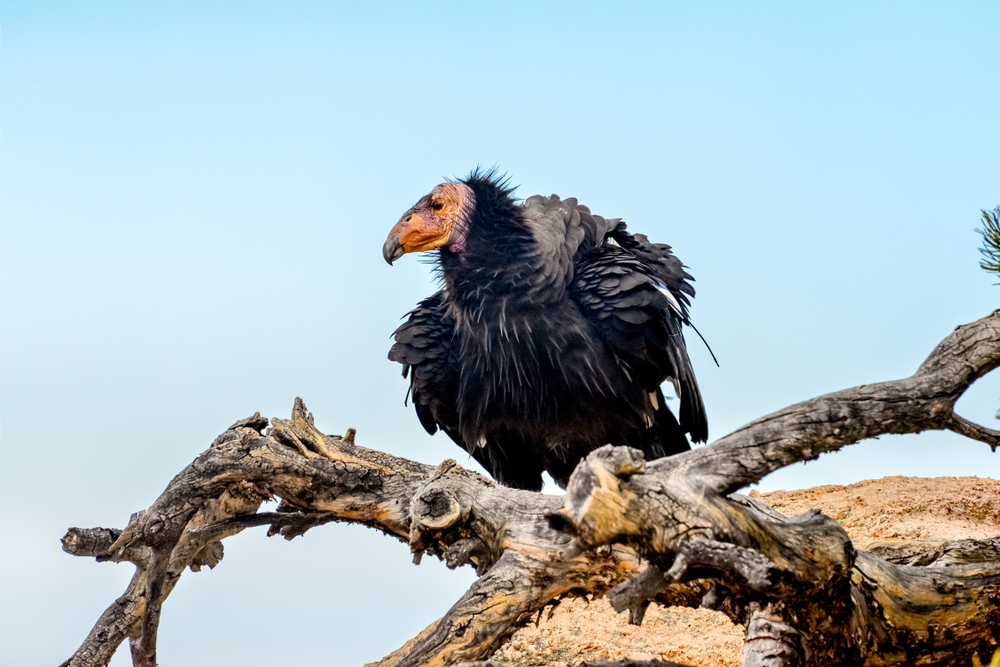 Most at home in the rivers of India, the Gharial or Gavial can grow up to 20 feet long. They are the longest breed of crocodile in the wild and are currently on the endangered species list. Thanks to evolution, it has developed long thin jaws which are perfect for catching its dinner - which is exclusively fish. 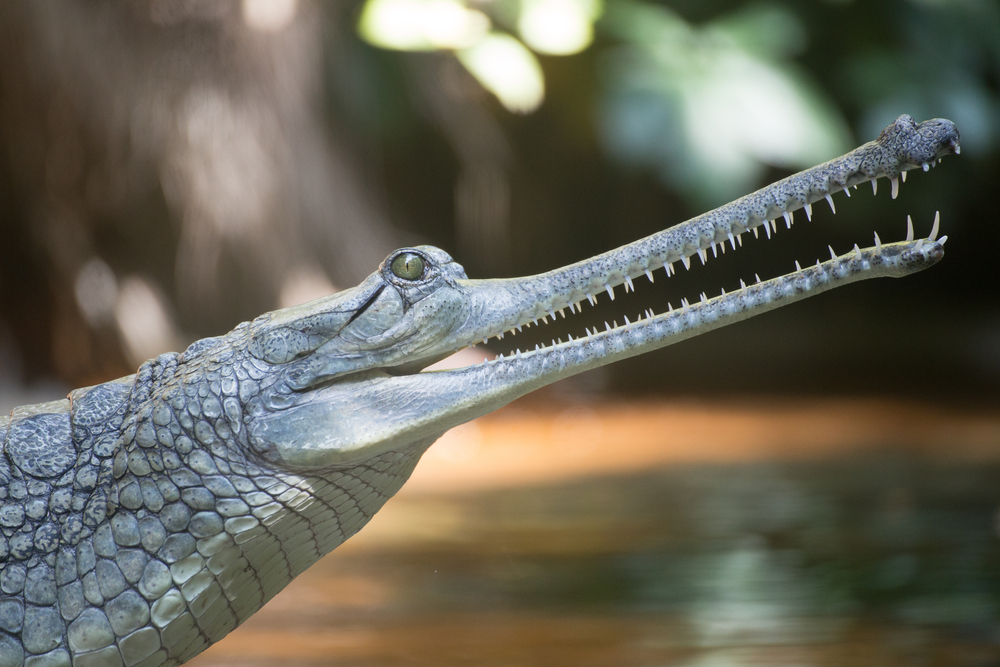 The unicorn of the sea, the narwhal has a unique tusk which is actually one of its teeth. They use this spear for fighting during mating season, and it has nerve endings which help the narwhal locate where they are. Historically, the narwhal tusk was harvested and sold as being an "authentic" unicorn horn. 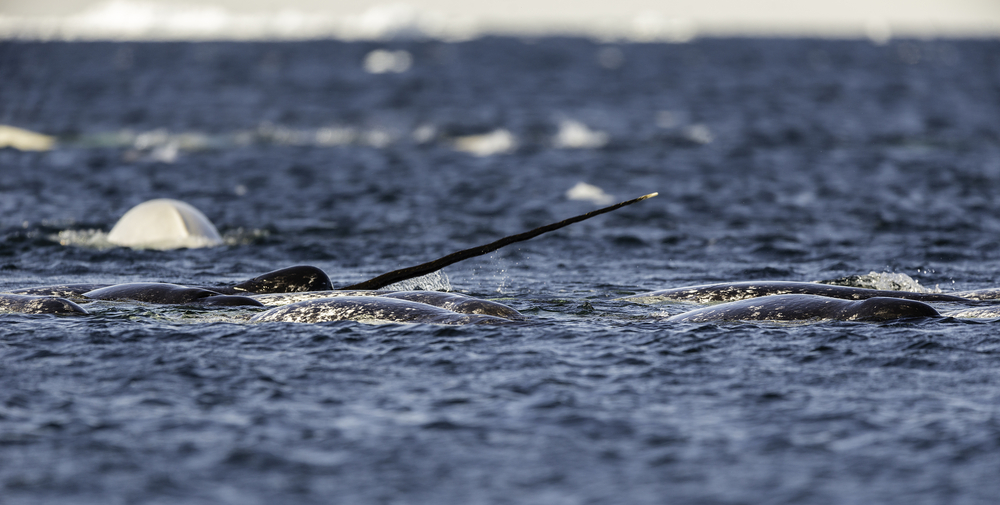 The stonefish has created a specific set of ways to protect itself from predators. As the name suggests, it is really good at hiding as a stone, and it can lurk on the seafloor, which helps it stay safe as well as hunt its prey. It can also emit poison from its dorsal spines. 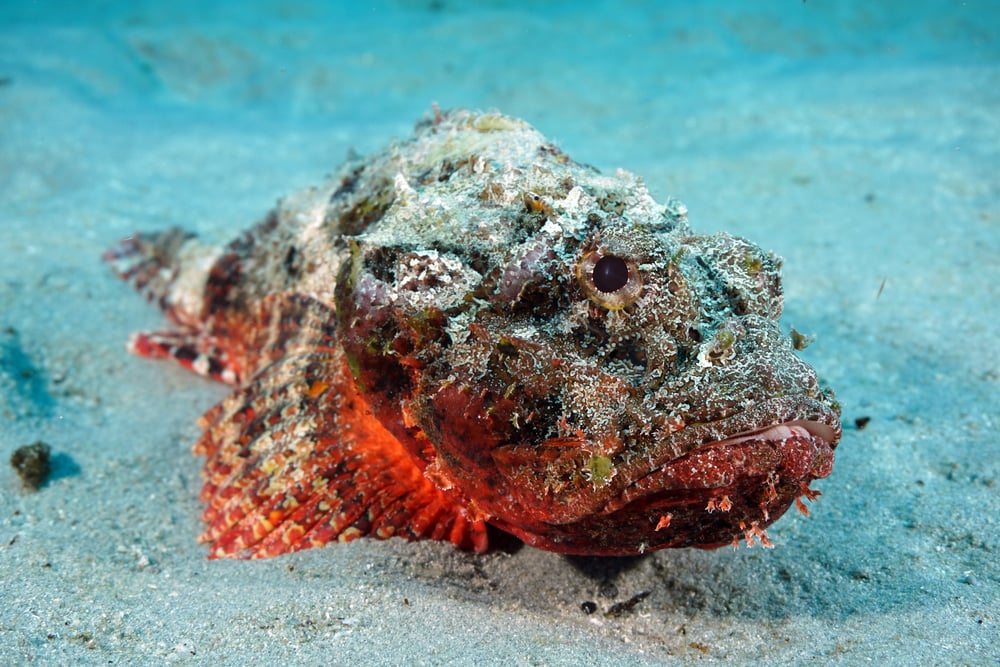 The excellently named thorny dragon - or thorny devil - is another one of the strange creatures that live in Australia. Its entire top is covered in hard spikes which means that the lizard is unappealing to predators. Not only that, but it has a large lump on its throat which it shows to predators, convincing them it has the head of a much bigger creature. For all of that, it's mostly harmless and eats ants and plants. 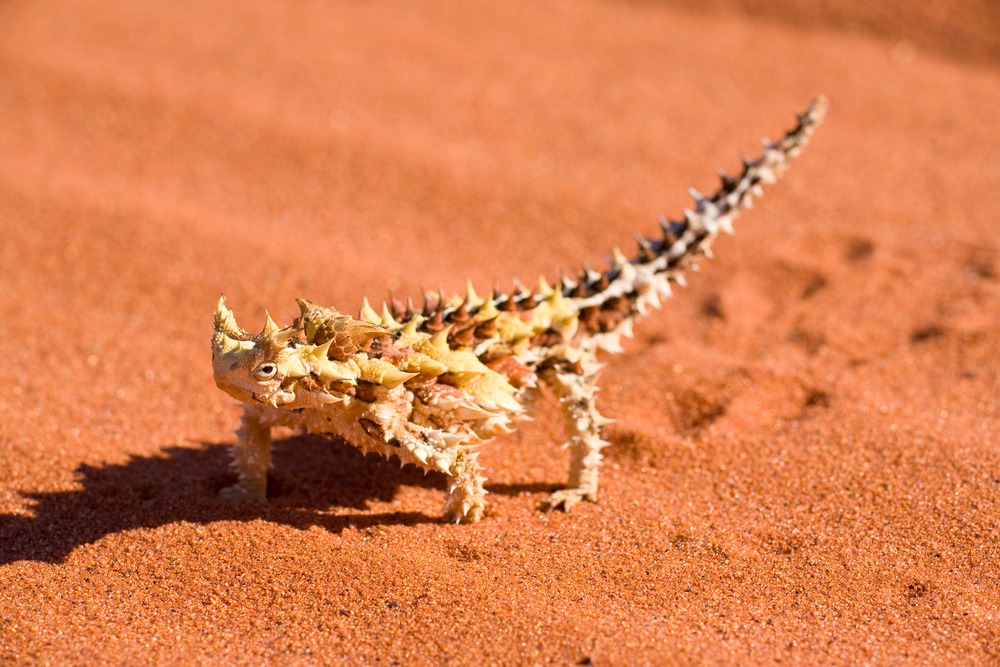 With long hind legs, this little mouselike creature gets around by jumping like a kangaroo. The Jerboa is indigenous to hot, dry climates like Egypt and South Africa. Their long legs are a particular advantage to this little rodent, as they enable it to run up to 15 mph to escape predators. 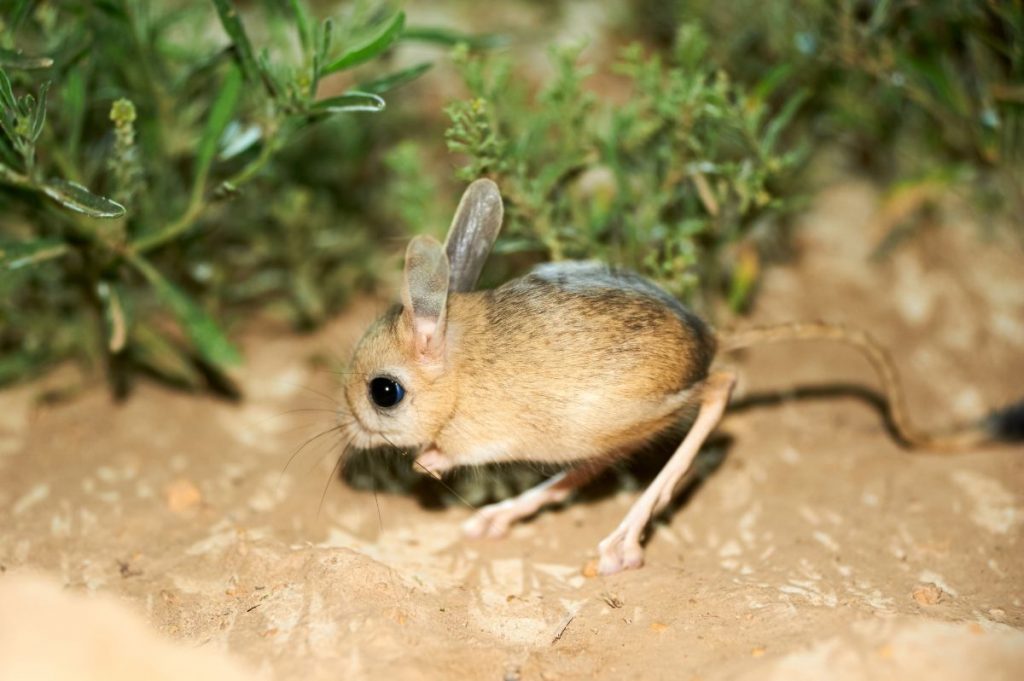 Famous as a delicacy in Japan, the Pufferfish, balloonfish, or blowfish, can inflate itself to several times its normal size - which it does as a defense. They are known as fugu on Japanese menus and have to be carefully prepared as they contain a poison that is particularly dangerous to humans. 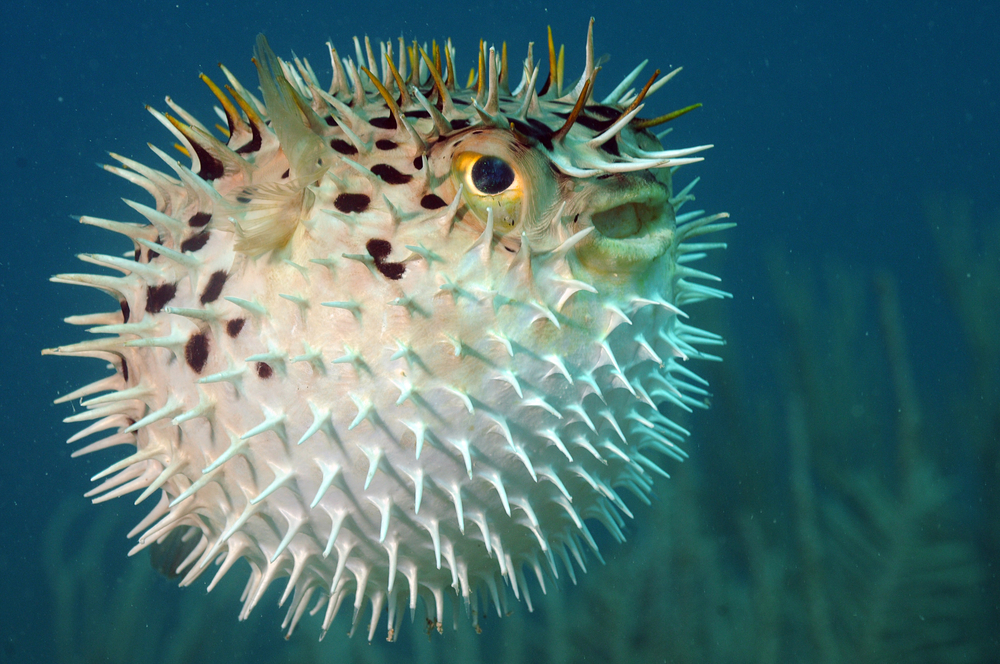 The proboscis - or long-nosed monkey - can only be found on the island of Borneo, and is famous for having a large, hanging nose. In Indonesian, the monkey is known as monyet belanda or Dutch monkey, as the Indonesians believed that the monkeys and the colonizing Dutchmen looked a little alike. 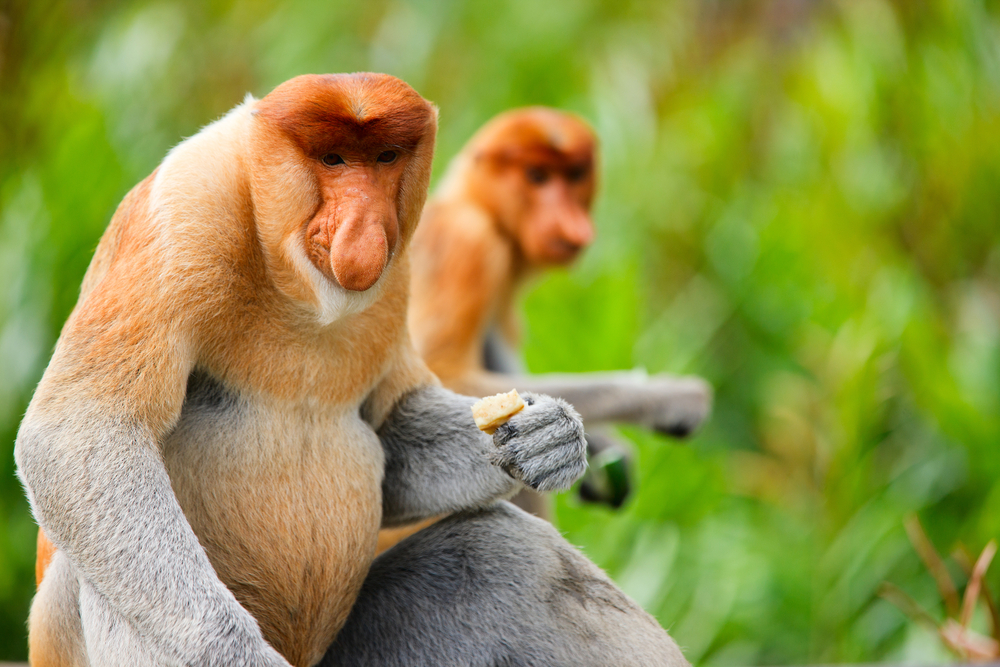 Perhaps the most exotic slug in the world, the Glaucus Atlanticus is also known as the blue dragon, sea angel, or sea swallow. It lives peaceably in many of the world's oceans and is usually only a couple centimeters long. It floats upside down close to the surface of the water and contains poison in the tips of its fingers which it uses to kill its prey. 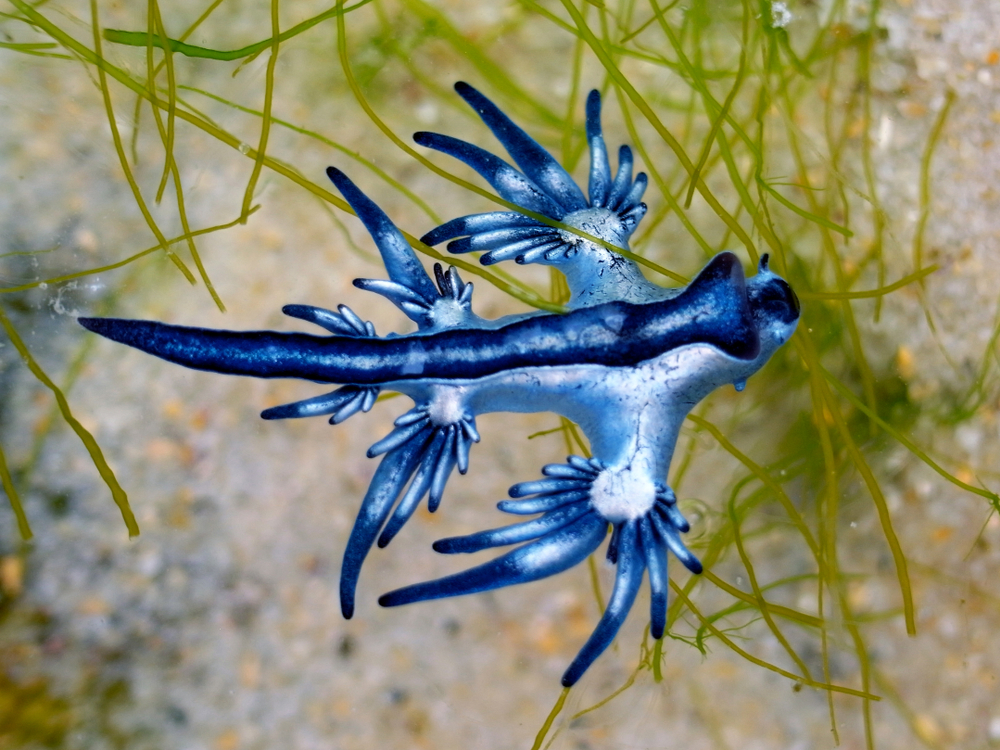 Unlike the Harry Potter snakes, the Basilisk is actually a type of lizard that is usually found in Central and South America. With large, webbed feet, the basilisk is actually able to run across the water to escape predators, for up to 5 yards. This specific skill means it has the nickname the "Jesus Reptile." 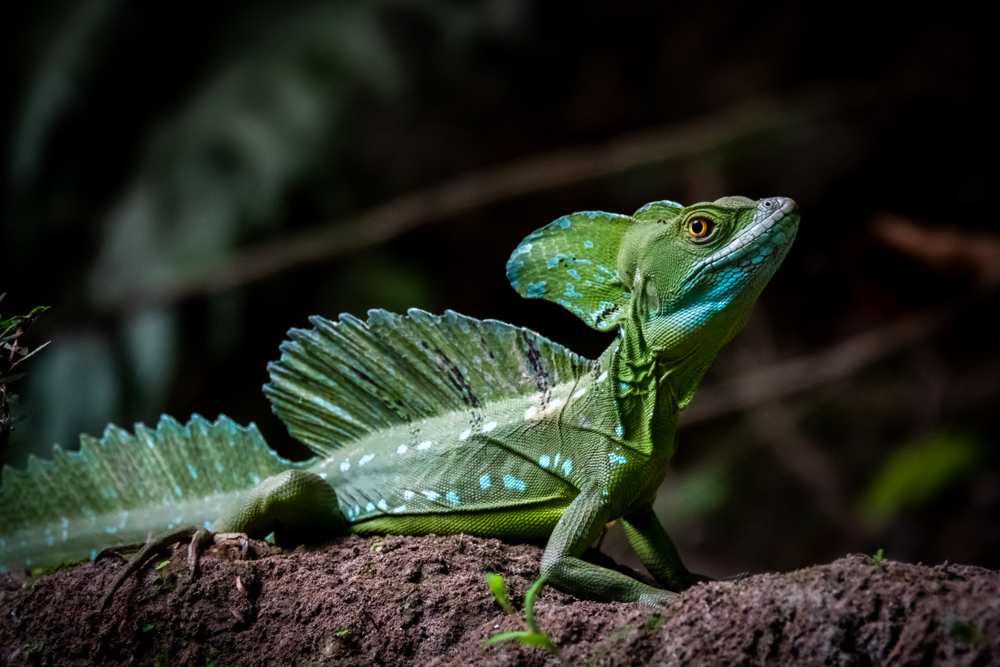 Related to the seahorse, the leafy seadragon lives in the oceans by South and East Australia. As the name suggests, the leafy seadragon is covered in long leaf-looking skin which works like camouflage - giving it the impression of being floating seaweed. It is the emblem of South Australia and is nicknamed a "Leafie." 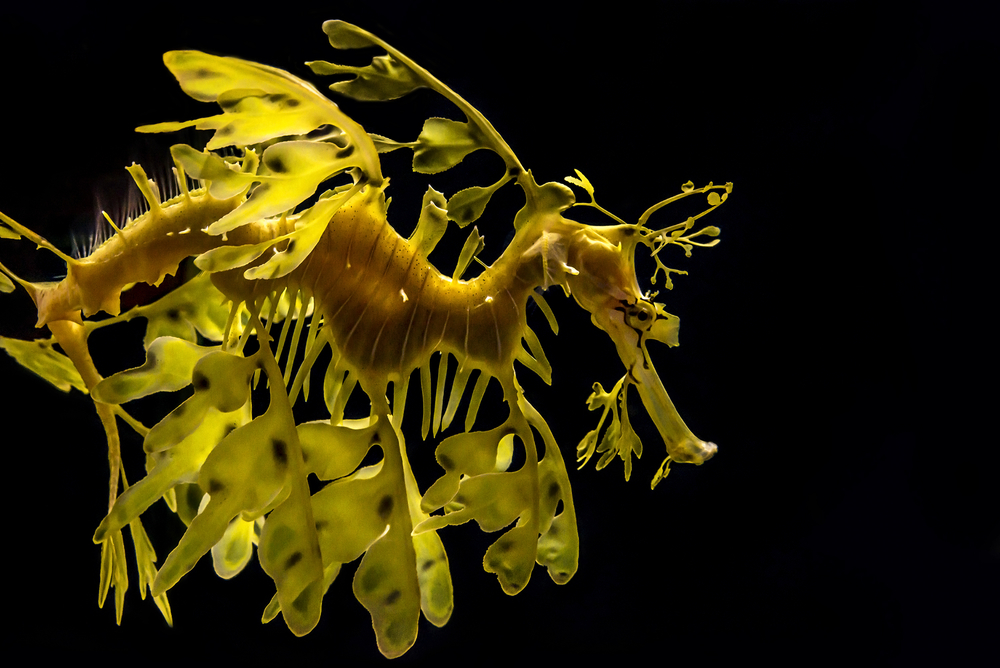 Australia's duck-billed platypus has the body of an otter, a snout that looks like a duck's bill, and a tail a little bit like a beaver's. Although it is a mammal, it is one of only two mammals on earth that lay eggs rather than birthing live young. 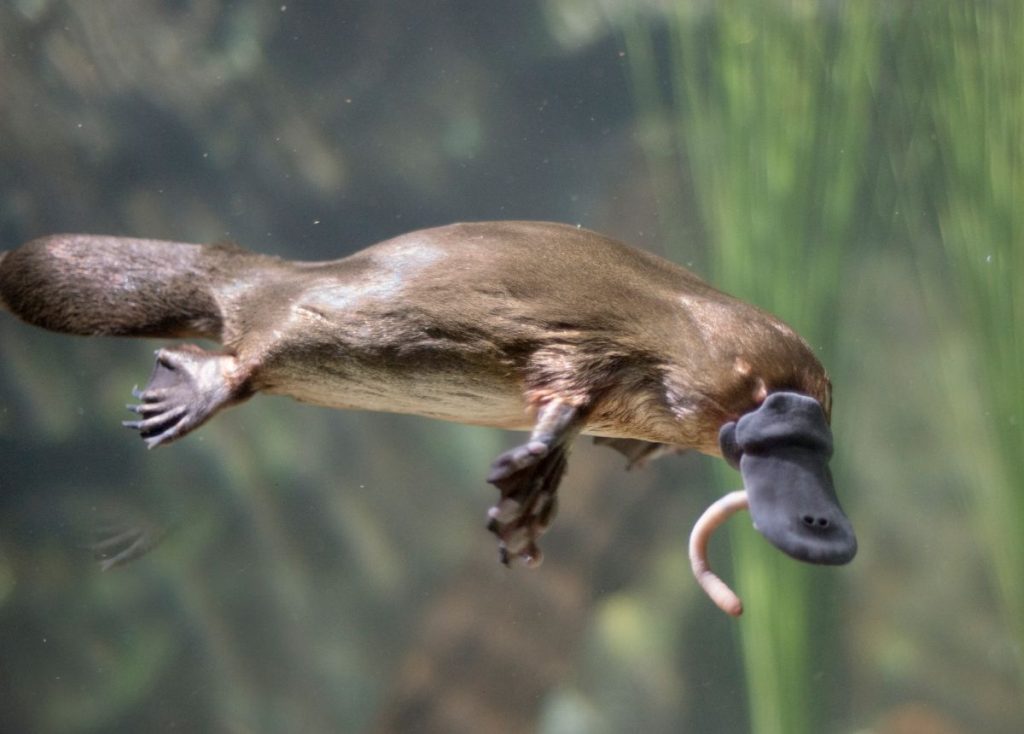 The Chevrotain is also known as the Mouse-Deer, in spite of the fact it is neither a mouse nor a deer. To add to its bizarreness, the Mouse-Deer is the world's smallest hoofed animal and has more in common with a pig or a donkey. Only 12-16 inches tall, this little creature weighs around 4 pounds, making it about the size of a toy poodle puppy. 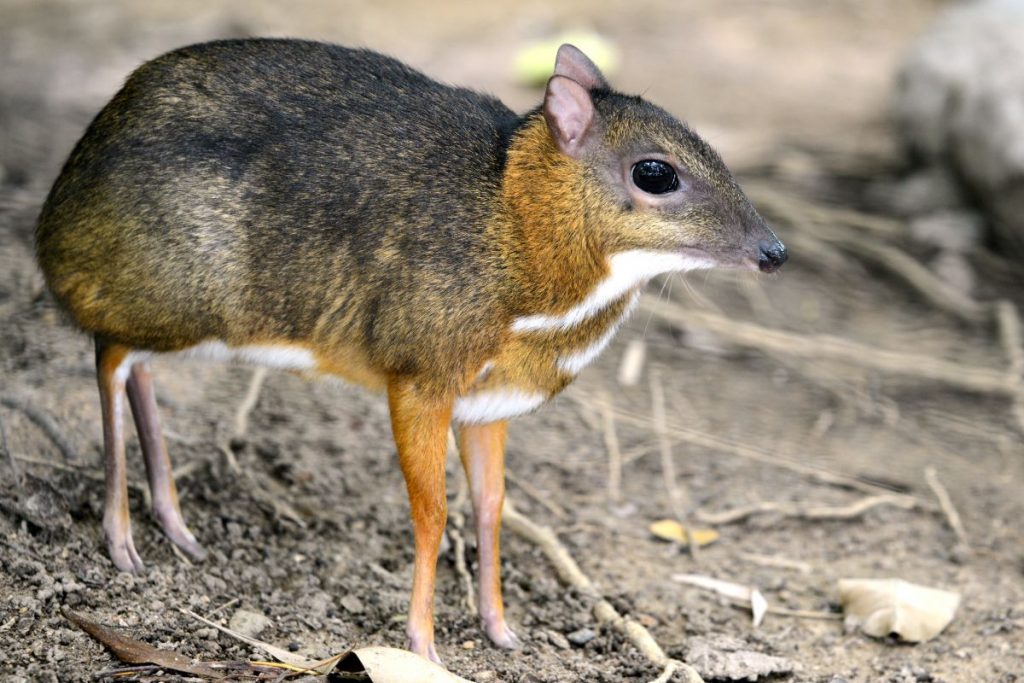 While they look like giant woodlice, the giant isopod is an ocean-dwelling crustacean similar to a crab or a shrimp. They live in the coldest parts of the Indian, Pacific, and Atlantic oceans, and can grow up between 8 - 15 inches. The largest known giant isopod ever found was 30 inches long and weighed 3.7 pounds. 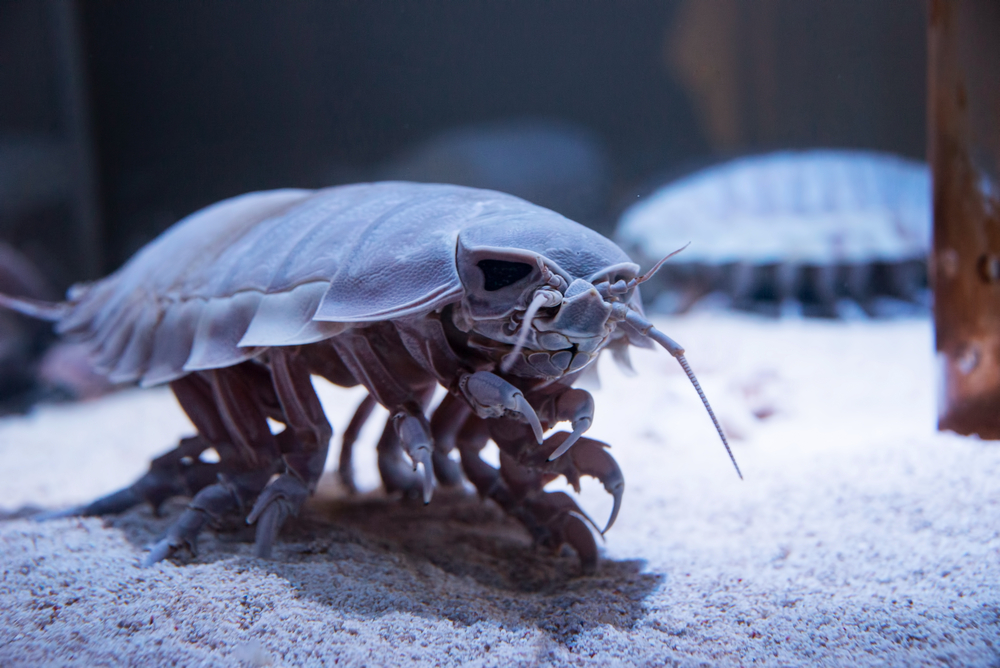 From the stick insect family, the Phasmatidae are insects that live in warm environments. Their particular shape is for camouflage. They live on the trees and can conceal themselves by resembling part of the tree's branch. Impressively, these insects can regenerate limbs, and can even spawn young without the need to fertilize first. 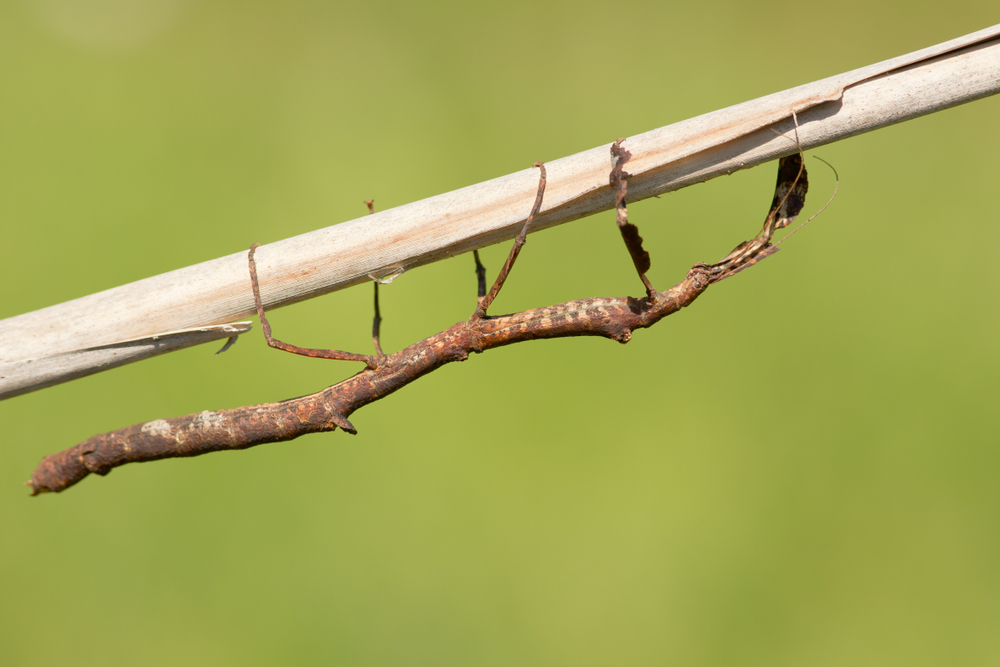 On a par with stick insects, the leaf insect is great at concealing itself by pretending to be a leaf. These insects are also known as walking leaves, thanks to their flat, wide bodies with leaf-like patterns. They can even mimic a leaf in the wind with the way that they walk. 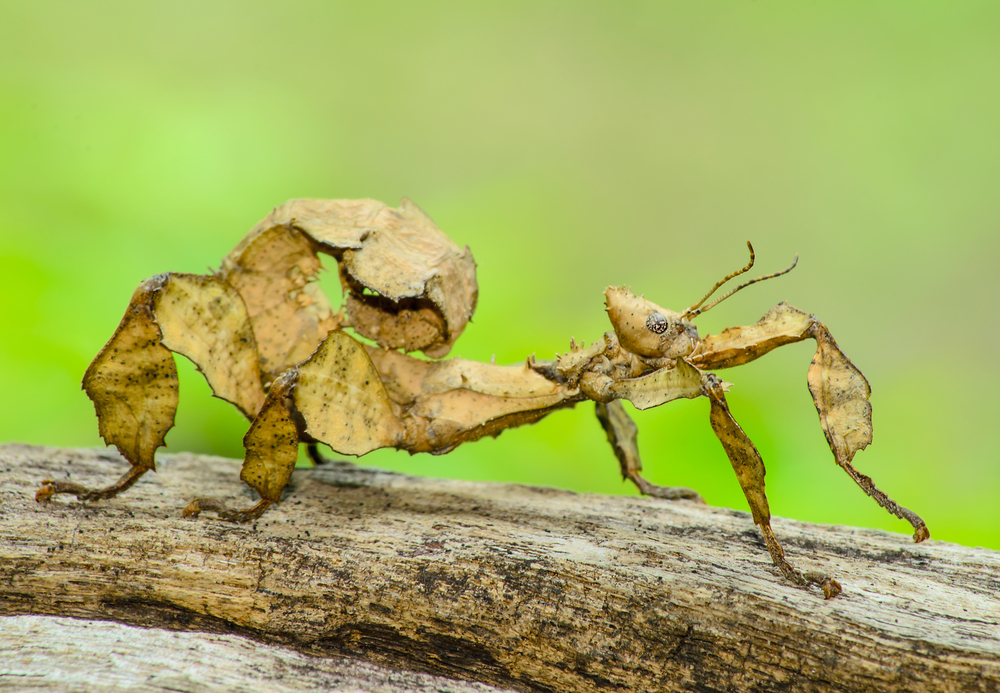 Not to be mistaken for a flying squirrel, the Flying Fox is part of the bat family. They have a wingspan up to 6 feet, and mostly eat insects and fruit. Typically they live in the southern hemisphere and have appeared often in the art and mythology of indigenous people. 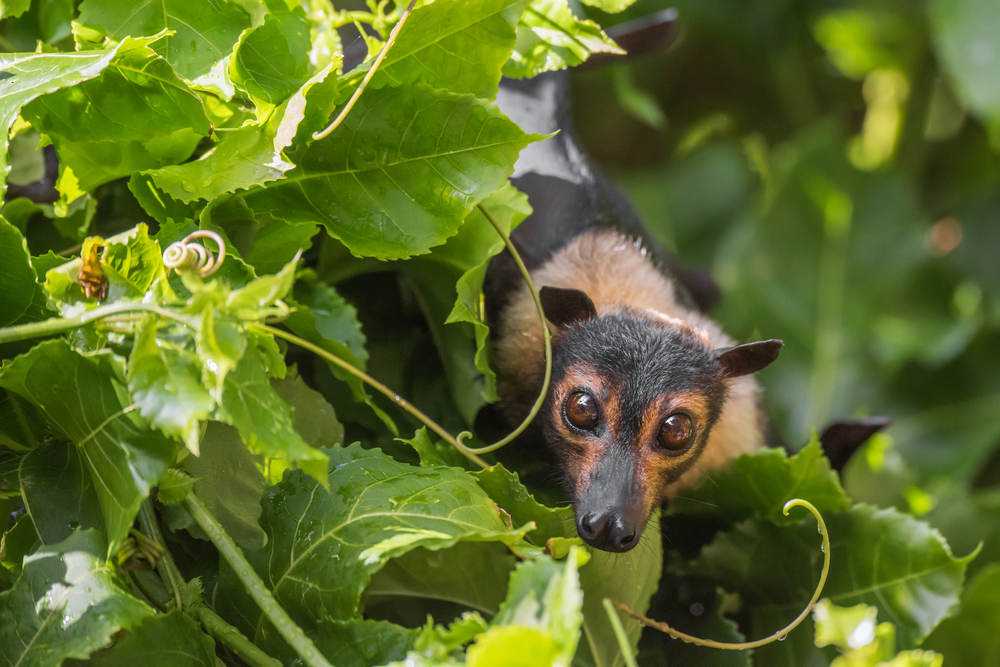 The mimic octopus was discovered in 1998 on the bottom of a muddy riverbank. While the octopus family is particularly famous for being intelligent and able to solve complicated puzzles, the mimic octopus has taken this a step further. It can change its skin color and texture in order to help them blend into their environment. Currently, it is the only species we know of that can change their colors and textures to such a wide extent. 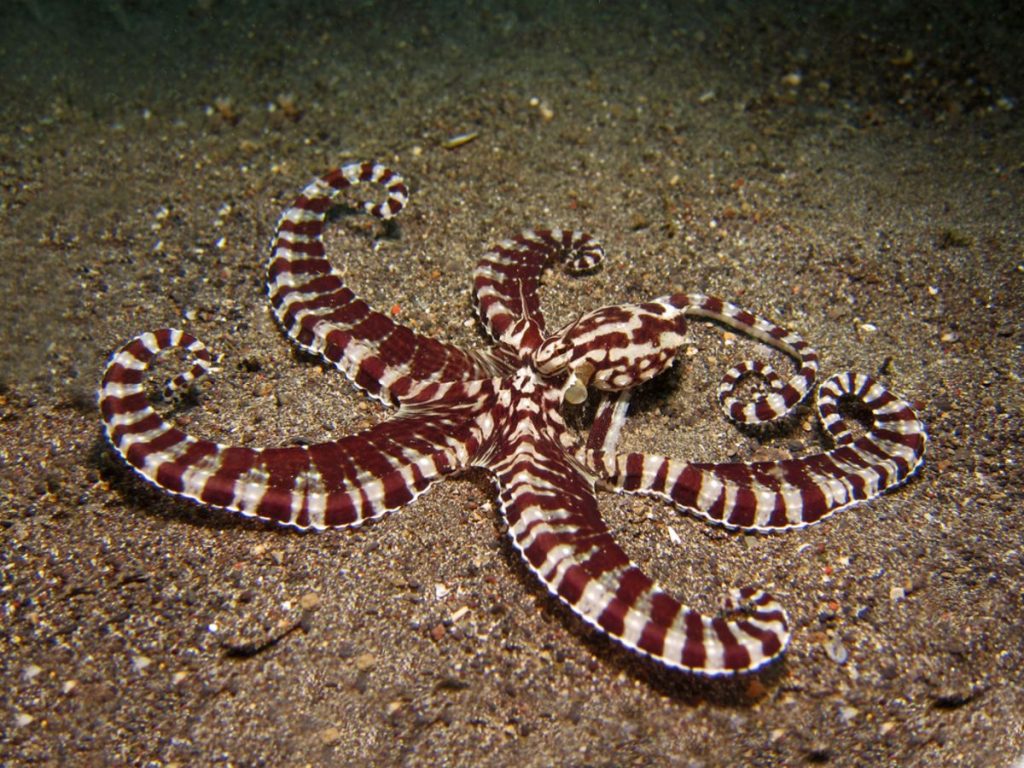