The Most Iconic Hairstyles of the 1980s

Materialism. Individuality. Consumerism. The 1980s was a decade of excess⁠—which was reflected in both the popular fashions and hairstyles of the day. The natural became unnatural, with neon, spandex and a whole lotta hairspray blowing away the final fragments of the disco era. Whether you actually lived through the 80s or not, one thing’s for sure: the decade famous for taking everything to the max had more than its fair share of over-the-top hair ‘dos.

Hair with texture is cool. Hair with the texture of a crinkle-cut French fry⁠—and just as fried⁠—might be pushing it. Believe it or not, crimped hair was the look du jour in the 1980s. This look was achieved with a simple heated styling tool that would clamp down on your tresses to press in tiny zig-zags of frizzy goodness. Sure, it added volume⁠—if you don’t mind that “just stuck my finger in a socket” look. 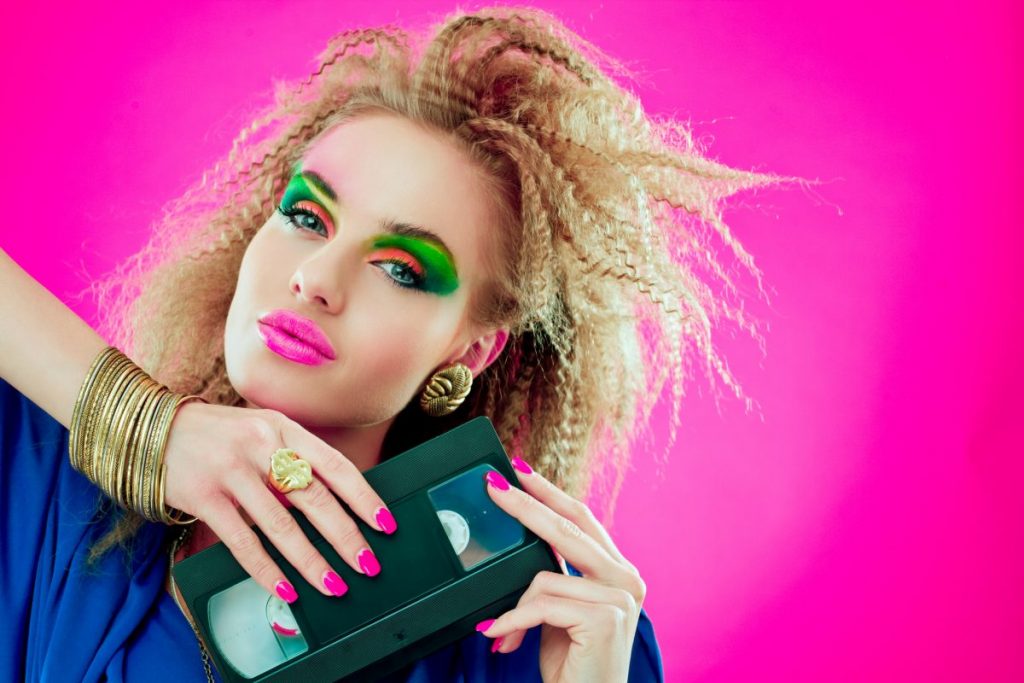 For those without the natural curls and volume, perms were the perfect way to fake it ‘til you make it. After all, what could be cooler than curly hair without the curling iron? Achieving a permanent wave requires hours in salons getting hair texture irreversibly altered. The result? Tight little curls that lasted for months. More often than not, though, hair came out looking more poodle-like than foxy. Just look up bad 80s perms for millions of examples. 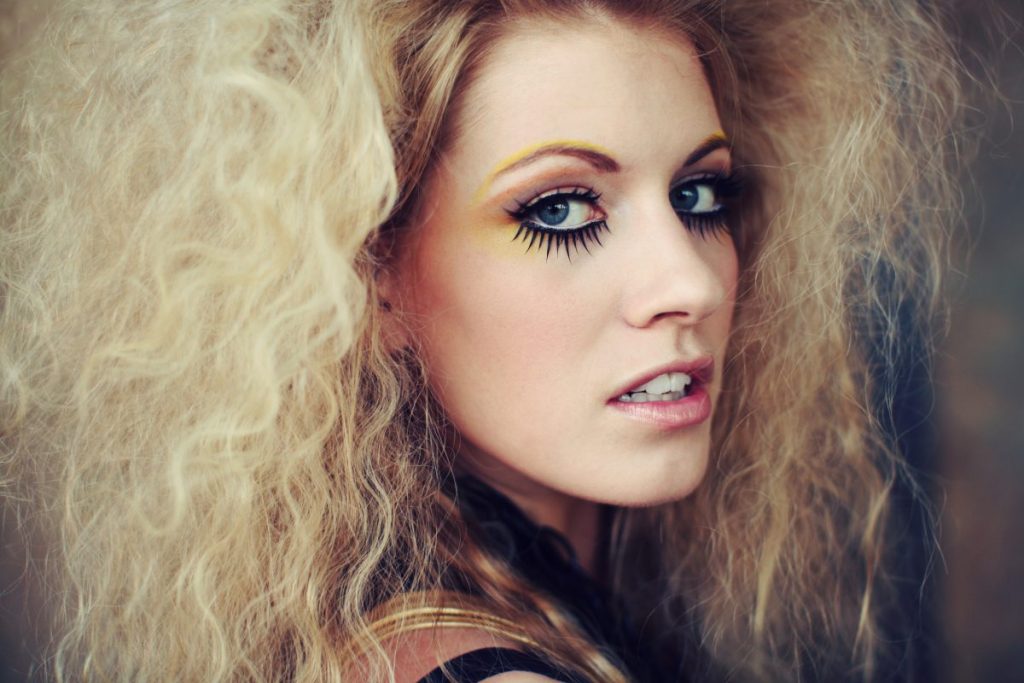 No buts about it⁠—big hair was big in the 80s. Both women and men went to incredible lengths to achieve incredible heights of hair on their head. Inspired by heavy metal hair bands, this heavily hairsprayed, teased-to-death look was a big screw you to the naturally flowing hippie hairstyles from a decade earlier. 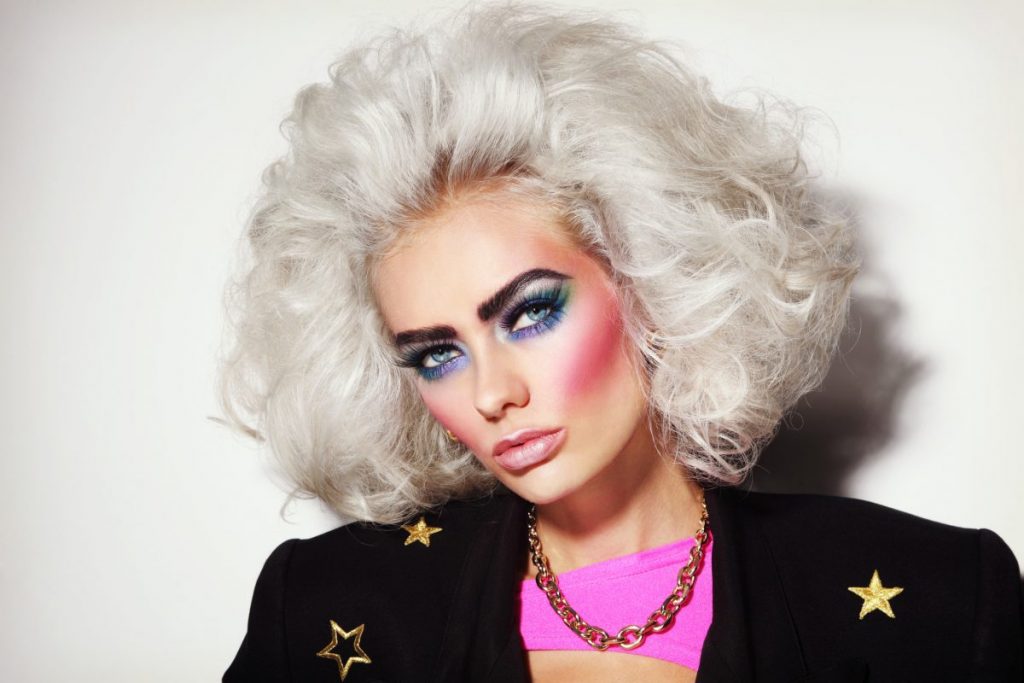 The introduction of the scrunchie, a large fabric hair tie available in any color of the rainbow, breathed new life into the humble ponytail in the 1980s. The hair accessory was a fashion statement in its own regard and became an integral part of the hairstyle. Ponytails were worn high on top of the head or off to the side, a look also known as the whale spout or palm tree. Unlike the prim and proper ponytails of yore, the look was intentionally messy and carefree. 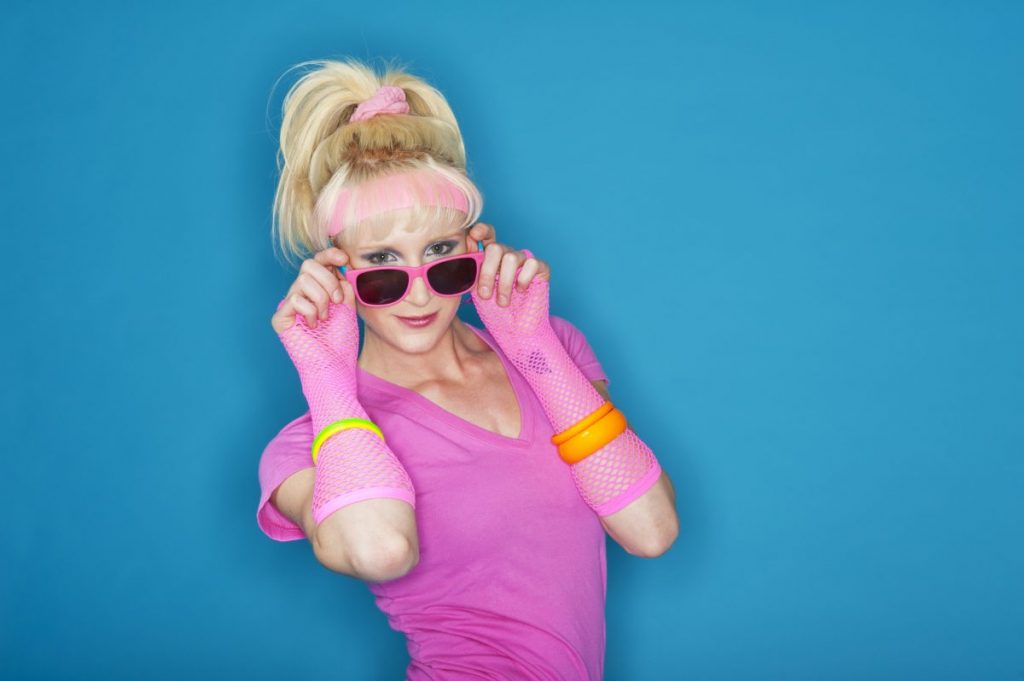 A head of springy spirally coils boing-boinging down your back, a la Whitney Houston, was the coveted look among curly-haired girls in the 80s. Hair picks, gel, and hairspray turned the volume and definition up to the max.

For those not blessed with natural spirals of their own, Clairol Benders Hair Curlers came to the rescue. These squishy pink and blue tubes, which looked a lot like pastel-hued cheese curls, heated up like mini hot rollers to give millions of curl-enviers that perfect head of corkscrews so beloved in the 80s. 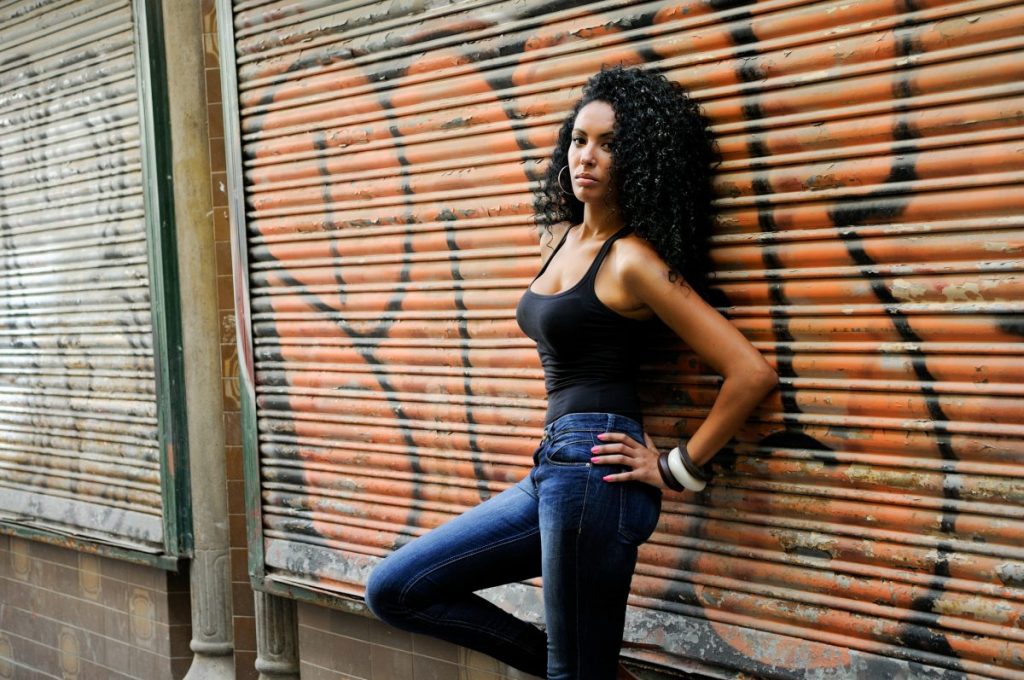 1970s punk counterculture stepped out of the shadows and into the mainstream in the 1980s, as up-and-coming Gen Xers sought provocative new ways to express their individuality. Alongside safety pins, spikes and studs, wildly styled hair in any imaginable hue turned up just about everywhere, from the inner city to sleepy small towns. Spiky hair was all the rage, as were mohawks, shaved and bleached ‘dos. 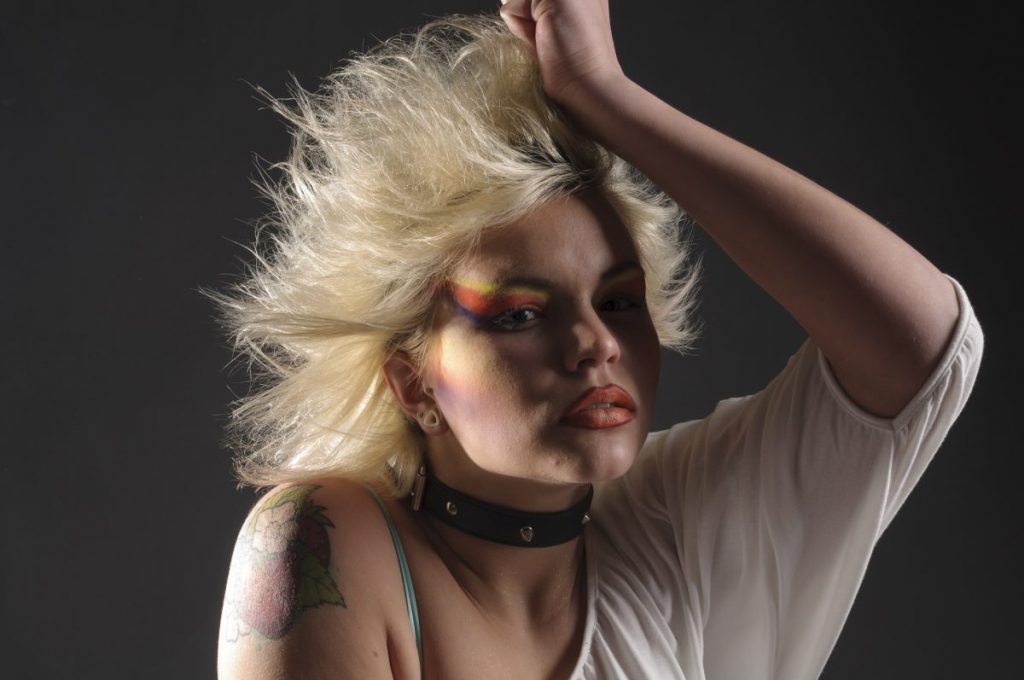 If you wanted to be the raddest girl at the mall in the late 80s, you too would have to do your part in depleting the ozone layer. Mall bangs, or poofy bangs teased skyward with copious amounts of hairspray, were the choice look for younger women who totally spent all their free time in shopping malls. The look caught on like a can of hairspray on fire⁠—at one time, even A-listers were sporting Aqua-Net bangs on the red carpet. 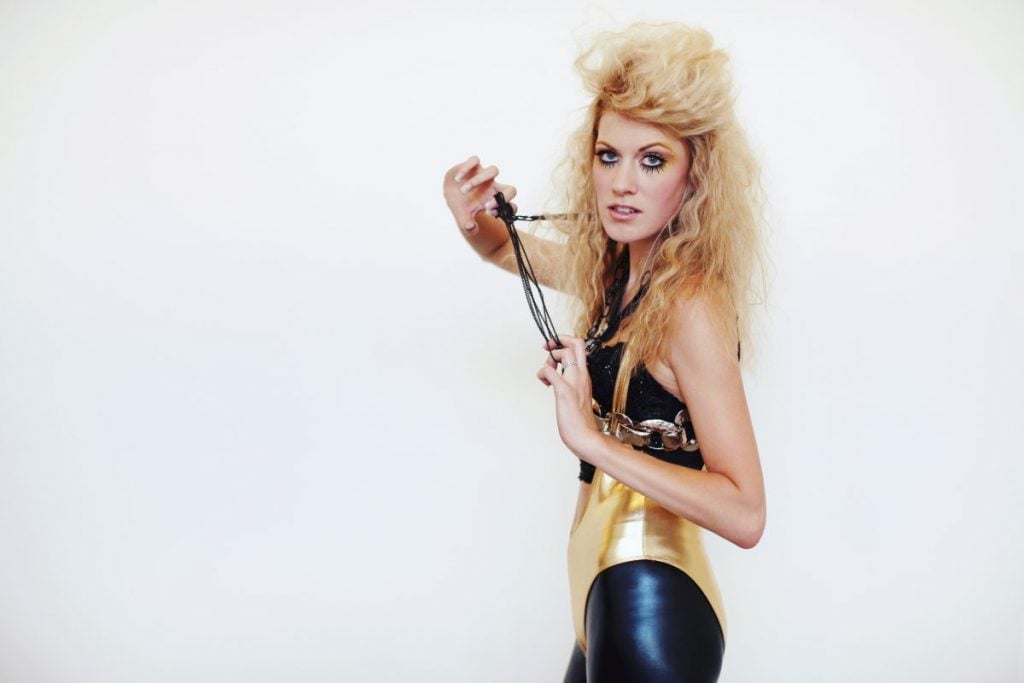 With the Jheri-curl on its way out, the high top fade stepped out from the shade and became the go-to ‘do for young black guys in the mid-1980s. The geometrically precise hairstyle, which was very long on top and very short on the sides, epitomized the golden age of hip hop and was most famously sported by rappers Kid n’ Play. It eventually evolved to allow any shape to be carved out on top, and any number of designs to be buzzed into the sides. The look was so fresh that Caucasian guys often tried⁠—and failed⁠—to emulate it, lacking the proper hair texture to pull it off. 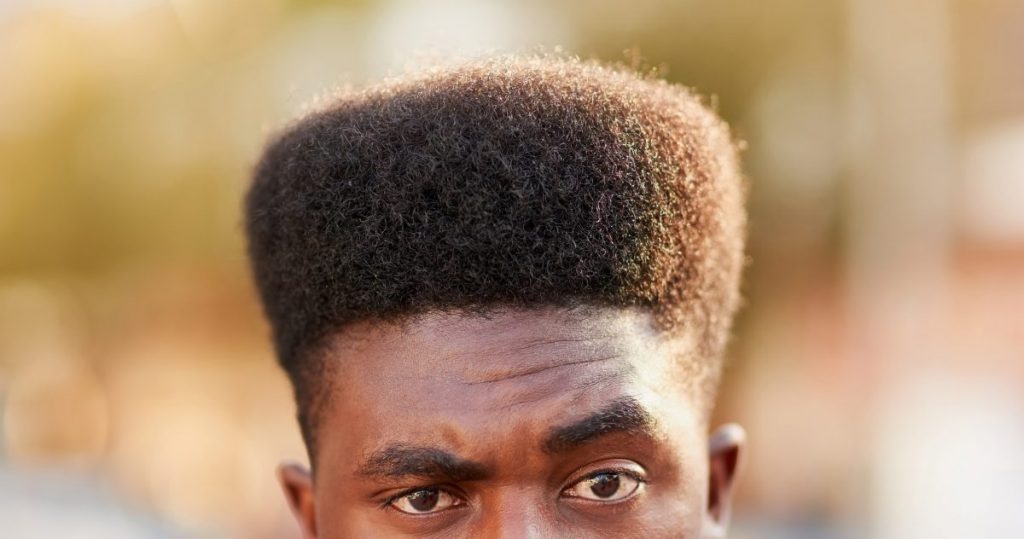 Business in the front, party in the back

Though the mullet came into being in the early 70s, it didn’t really take off until the mid-80s. An equal opportunity ‘do, the short-in-front, long-in-back look could be rocked by both men and women, on any length of hair, and with any hair texture. Variations on the mullet include the skullet⁠—long in the back and bald on top. Fun fact: The term mullet head was once used to refer to a person of dubious intelligence. Make of that what you will. 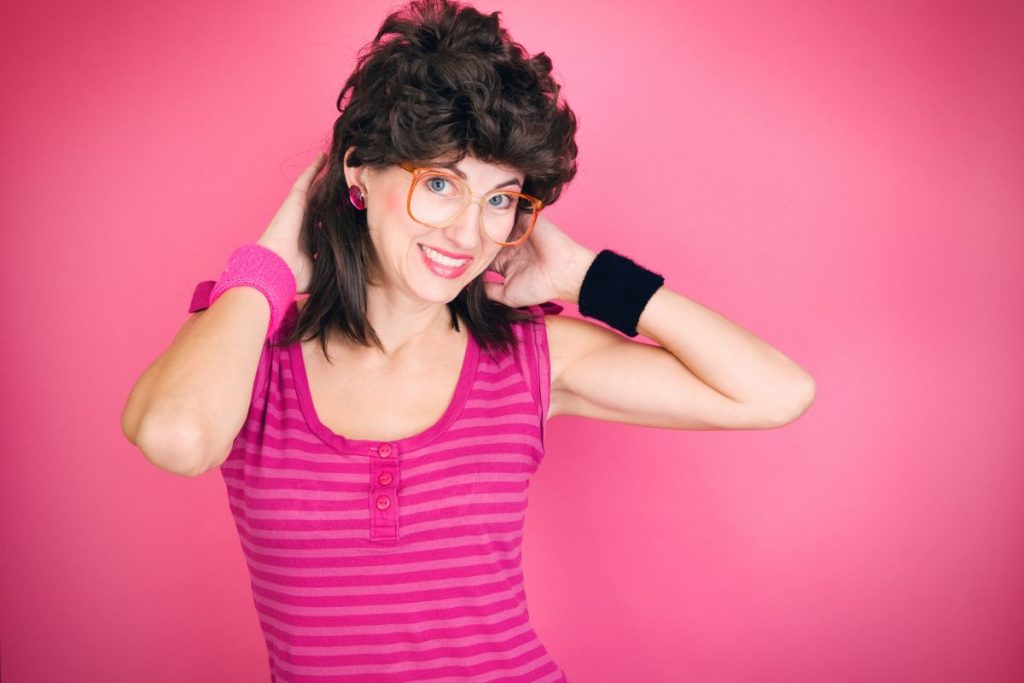 Apparently, it wasn’t enough to have a deep, dark tan in the 1980s⁠. Hair had to be ravaged by the sun as well. This straw-like look had its heyday among teenagers whose parents forbade them to get their hair dyed. The formula for a perfect 80s summer day: slip on a bikini, douse yourself in SPF 4 tanning oil, rake some Sun-In hair lightener through your hair, and bake under the sun for a few hours. The result? Damaged skin, and hair so orange and fried it would make a troll doll blush. But hey, why go to a beauty salon for professional highlights when you could save a few bucks going the DIY route? 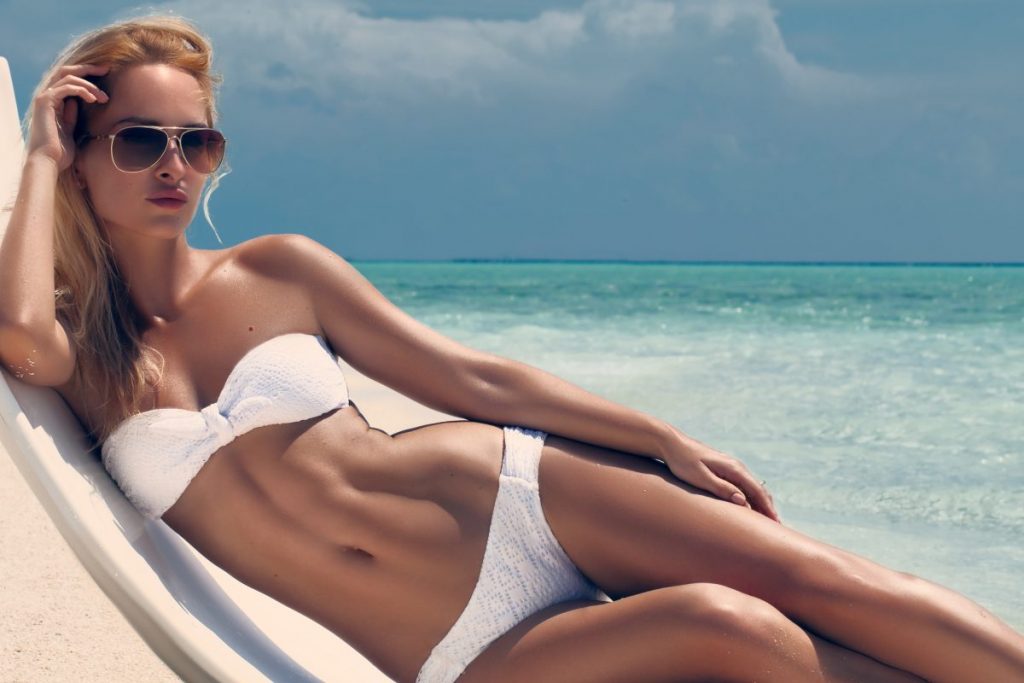