Whatever genre of music you’re into, everybody has their favorite guitarists. The guitar is, after all, the most versatile instrument on the market. It’s an instrument without bounds, and for the players bold enough to continue to discover its lengths, it might very well be considered the best, too. We’re all aware of our Slashes and our Jimmy Pages; we know that Jimi Hendrix and B. B. King combined reinvented the way we hear those six strings played. However, some of the best guitarists in the world are overlooked.

As far as guitar work goes, you should have extra time and kisses for The Artist. Prince was at the forefront of the Minneapolis funk-pop movement, inching in a new wave of soul the 80s and 90s were in such a desperate need of. Most people know him from his hit songs, his affinity for purple, and the sign he changed his name to for a hot minute, but as ‘When Doves Cry’ and ‘Purple Rain’ show among others, he was also an incredible guitarist. One of The Purple One's most influential performances was at the Super Bowl when he played the 'Purple Rain' solo from behind a grey sheet. Indeed, Prince could tear up a piece of music just by letting loose on his infamous guitar. For proof, do yourself a favor and check out ‘While My Guitar Gently Weeps.’ 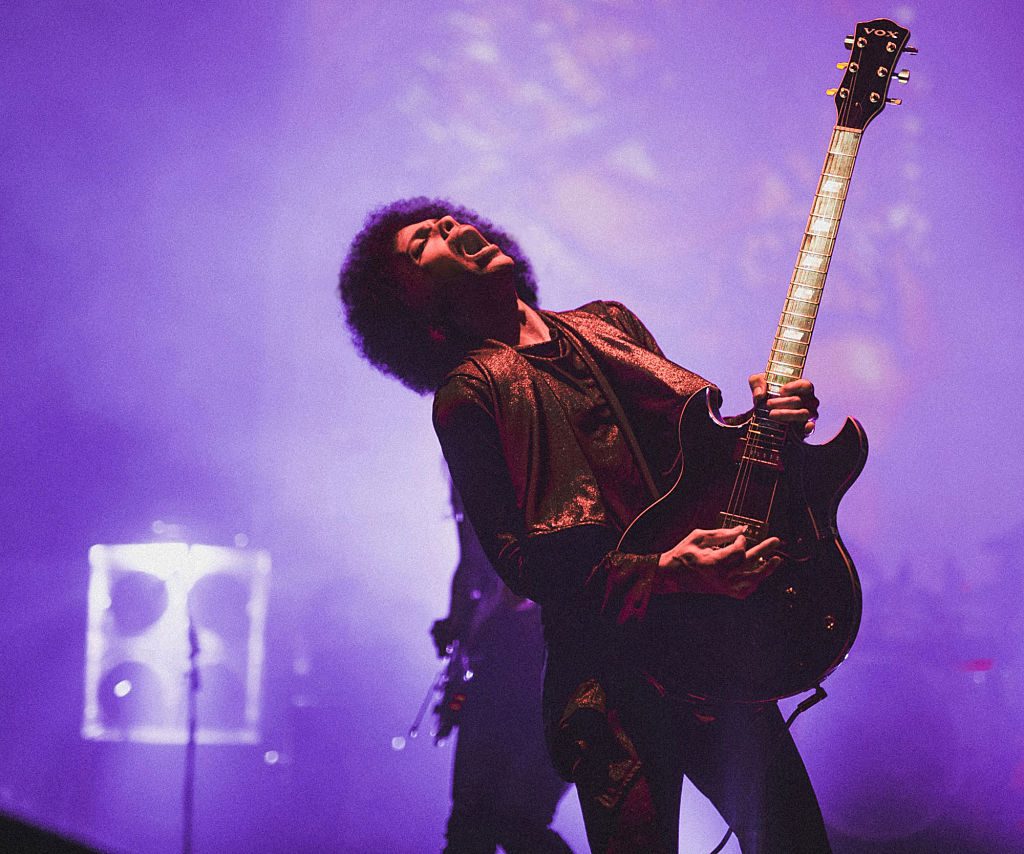 Everything Chuck Berry did in the 50s was originally done by Sister Rosetta Tharpe. Videos of she and her iconic Gibson have been gaining traction in recent years, and it’s about time. After all, Tharpe died in 1973! A precursor to everything we love about early rock ‘n roll, she mixed her gospel upbringing up with killer licks. As well as being known as the Godmother of rock and roll, she influenced the likes of Johnny Cash and Jerry Lee Lewis. Tharpe was one of a kind and one of the first recording artists to utilize distortion in her playing. Only a few videos of the guitar virtuoso exist online, but every one of them will show you just why she's one of the best guitarists of all time. One somehow always left off of lists like these. 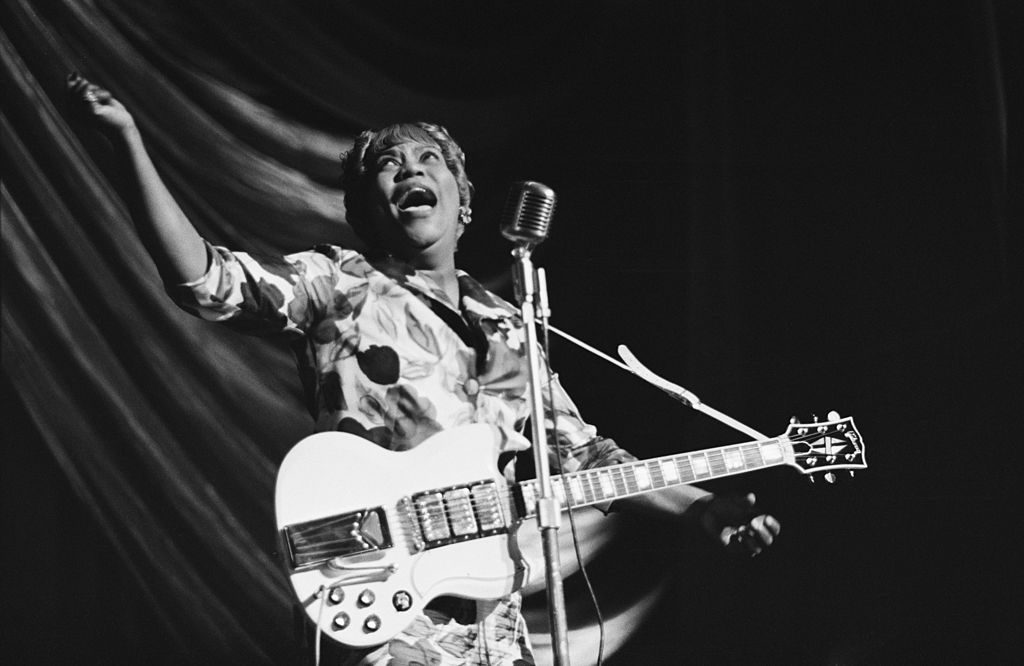 George Clinton and his Parliament-Funkadelic did to the musical landscape of the 70s what Prince did to the 80s. Funkadelic brought in funk, replacing the stagnant music of the years previous while bringing a whole new level to what guitars and other instruments were capable of. Their guitarist, Eddie Hazel, is responsible for coming up with some of the most amazing licks in guitar history including the 10-minute guitar solo epic composed and performed exclusively by Hazel. After leaving Funkadelic in 1971, he then worked with The Temptations. In 1974, he rejoined Clinton for the album 'Standing on the Verge of Getting It On', where he co-wrote and arranged all of the songs under a pseudonym. Although Hazel died at the young age of 42, his spirit still lives on in the Mothership. 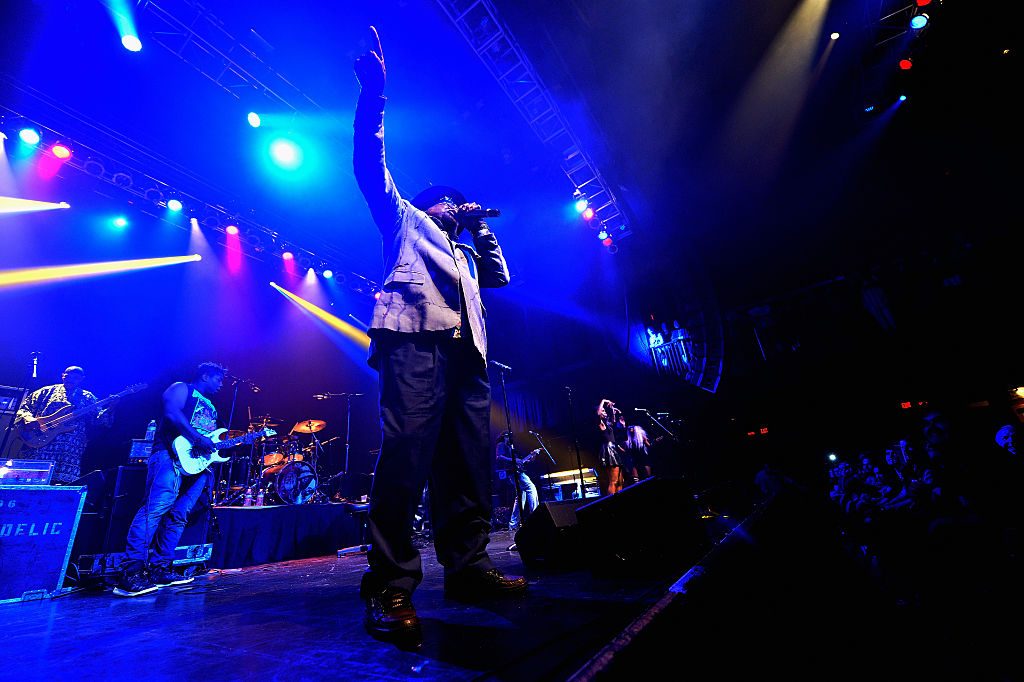 Performing under the name ‘St. Vincent’, Annie Clark has only been on the scene for a decade but has already worked her way into the big leagues when it comes to playing guitar. Classically trained, Clark began her musical career as a session musician with the Polyphonic Spree and Sufjan Stevens before breaking out into her own niche. With each album, Clark’s music has grown and expanded into never-before-seen artistry that’s going to be remembered. She’s co-written an album with Talking Heads’ David Byrne, produced the upcoming Sleater-Kinney album, and she even has her own signature guitar. If you’ve yet to see Clark rip up the guitar, you’re in for a treat. 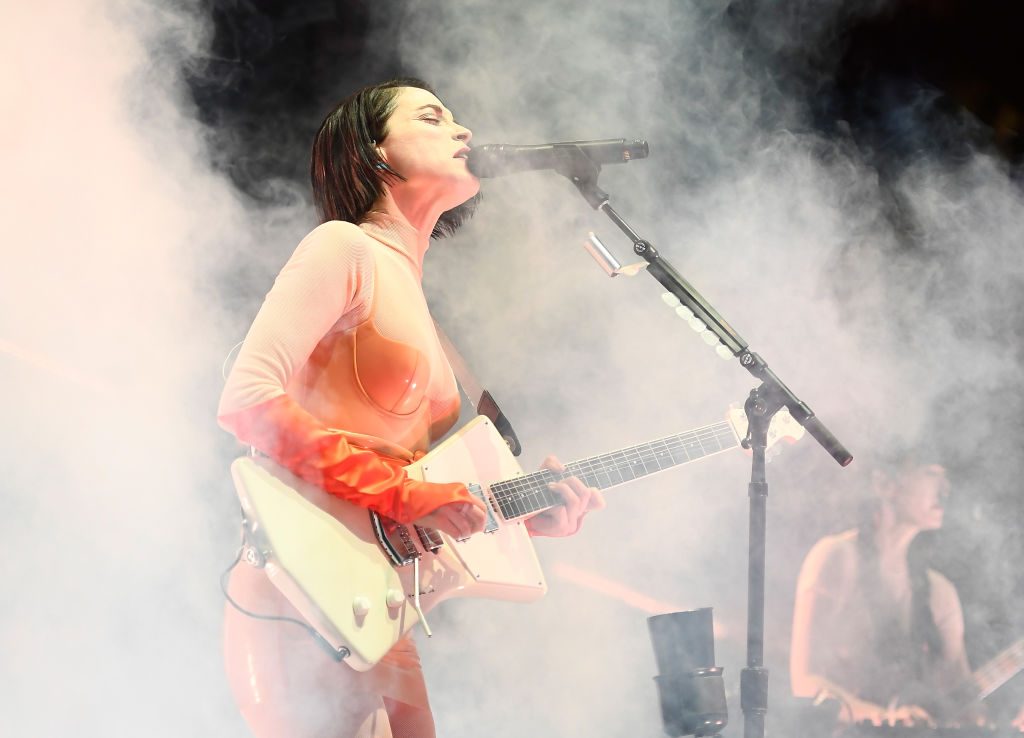 We lose far too many artists too young, and Jeff Buckley was one of them. Known mostly for his cover of Leonard Cohen’s ‘Hallelujah’ and the stunning, ethereal tones of his voice, Buckley was also an amazing guitarist. He played with tunings, lost himself in the music, and allowed the guitar to sing as much and as well as he did. Often understated rather than the big-time solos of other bands kicking around in the 90s, Buckley’s playstyle was a quiet stroke of genius. All one need do to hear that is to listen to the title track from his debut record, ‘Grace.’ If only we’d had the chance to see what else he could have done with his signature Telecaster. 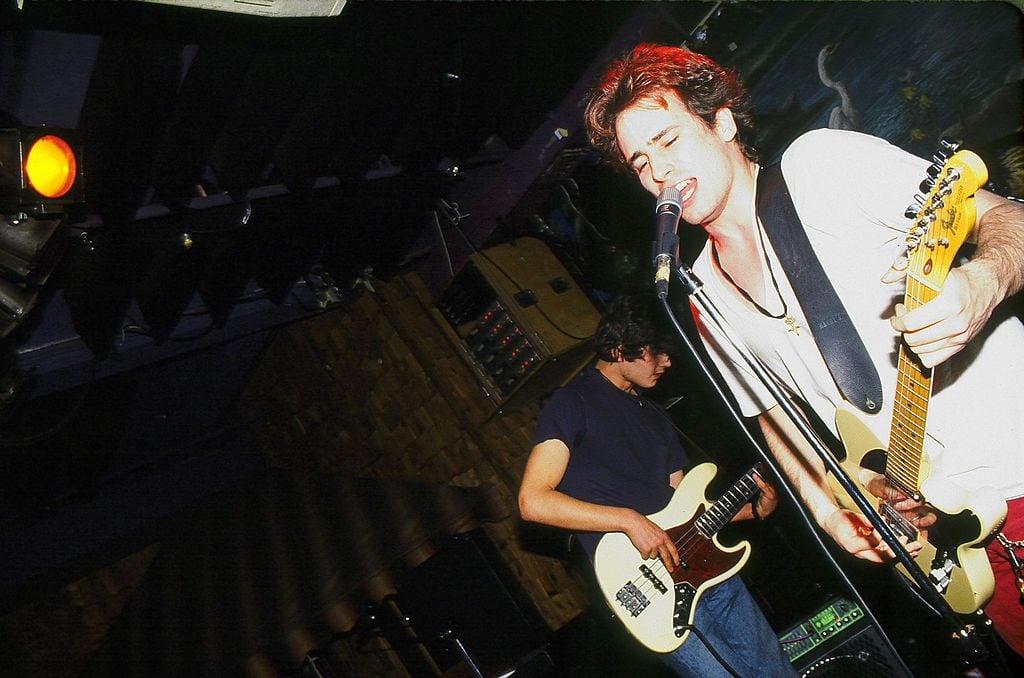 Fleetwood Mac has tons of amazing songs, both from before and after Buckingham and Nicks were brought into the group. The Mac’s original lead, Peter Green, was also a great guitarist of his own merit and is responsible for the lowkey sway of the early band’s hit ‘Albatross.’ It wasn’t until Buckingham and Nicks joined, however, that the band really started to take off. ‘Rumors’ is, to this day, one of the best albums ever made. Unfortunately, the romantic lives of the band’s members including Christine and John McVie have earned more column inches than the amazing guitar playing of its male lead. Believe it or not, Buckingham can shred like a beast and he never ever uses a pick to do it. Seriously - check out the solo on ‘The Chain’ and try and argue! 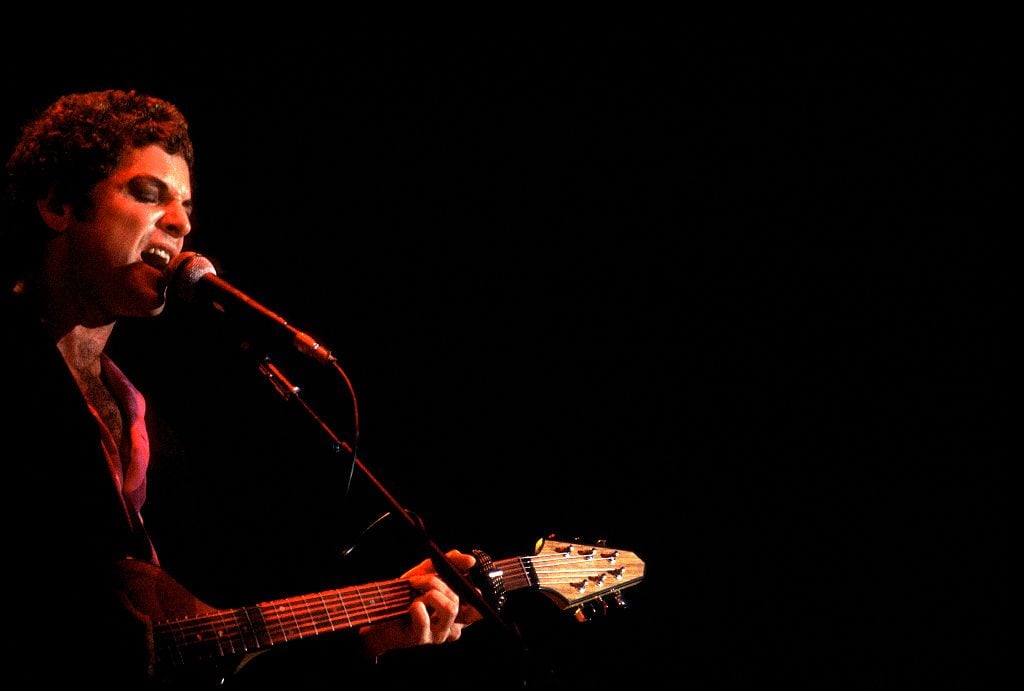 Radiohead is easily one of the biggest bands of the 90s. For some, they even surpass Oasis, Blur, and Nirvana. Thom Yorke’s dreary vocals can strip the emotion from the hardest of rocks, but some of the songs wouldn’t quite be what they are if they weren’t for the band’s guitarist, Jonny Greenwood. The greatest musicians become part of the music they’re playing and, in turn, the music becomes them. That’s something Greenwood has done well since Radiohead first made their mark. His lowkey guitar licks are unforgettable, and once you hear them, you know without a doubt that you’re going to be listening to a Radiohead song. Forget Brian May and the big wigs; sometimes, the best guitarist is the quietest. 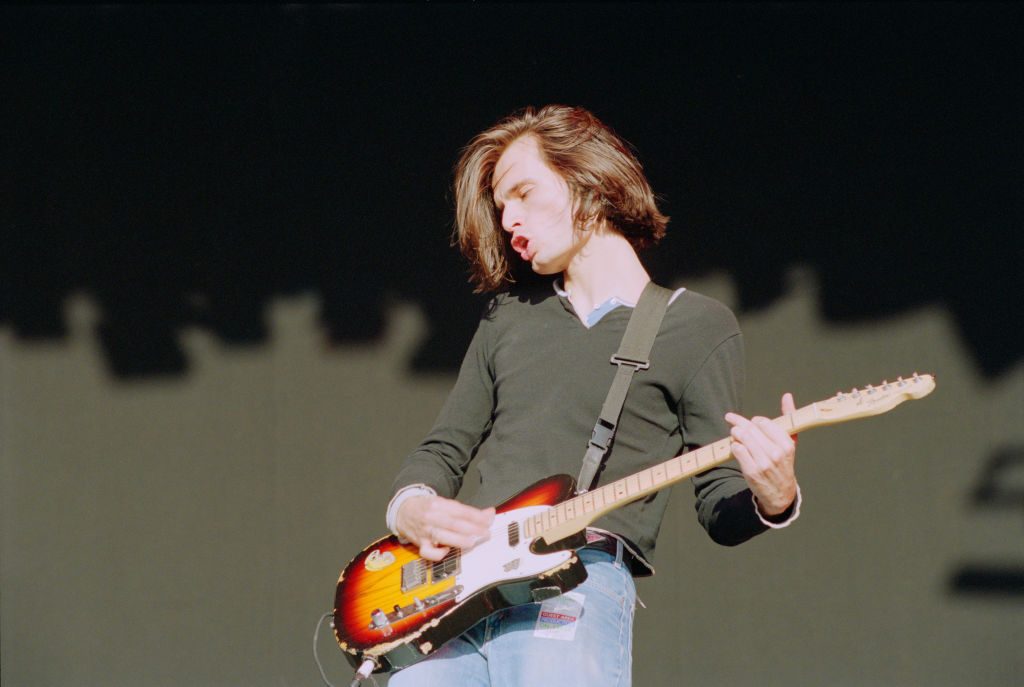 London-based indie artist Anna Calvi belong in her own niche if you ask the music media out there. But it’s a niche in which nobody else can slip into. Since her self-titled release in 2009 and over the course of three albums and thousands of live shows, Calvi has shown her skills with a guitar. Each live show brings something new to the table, and likewise, every album does the same. Inspired by Jeff Buckley and Jimi Hendrix, there’s something the three artists have in common: Guitar styles like nobody else. Well worth a listen! 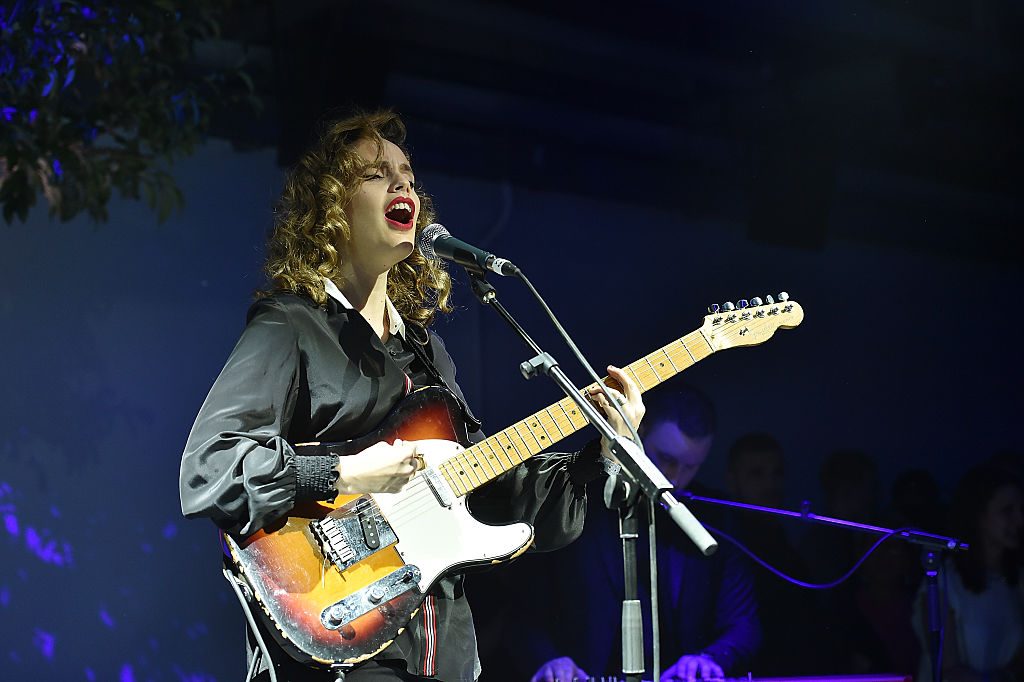 Although Dinosaur Jr.’s frontman would probably shy away from being called one of the best guitarists of all time, he is. Mascis was originally a drummer, but eventually picked up the guitar in 1984 at the start of Dinosaur Jr. And thank God he did. Dinosaur Jr. were inspirations for Nirvana and R.E.M. as well as countless other bands who made it iconic over the following thirty years. Still, Mascis himself is a quiet, straight-laced kind of guy who just so happens to pile amps on top of one another at every Dino show to a crowd of roaring fans who can so easily lose themselves in Mascis’s solos. 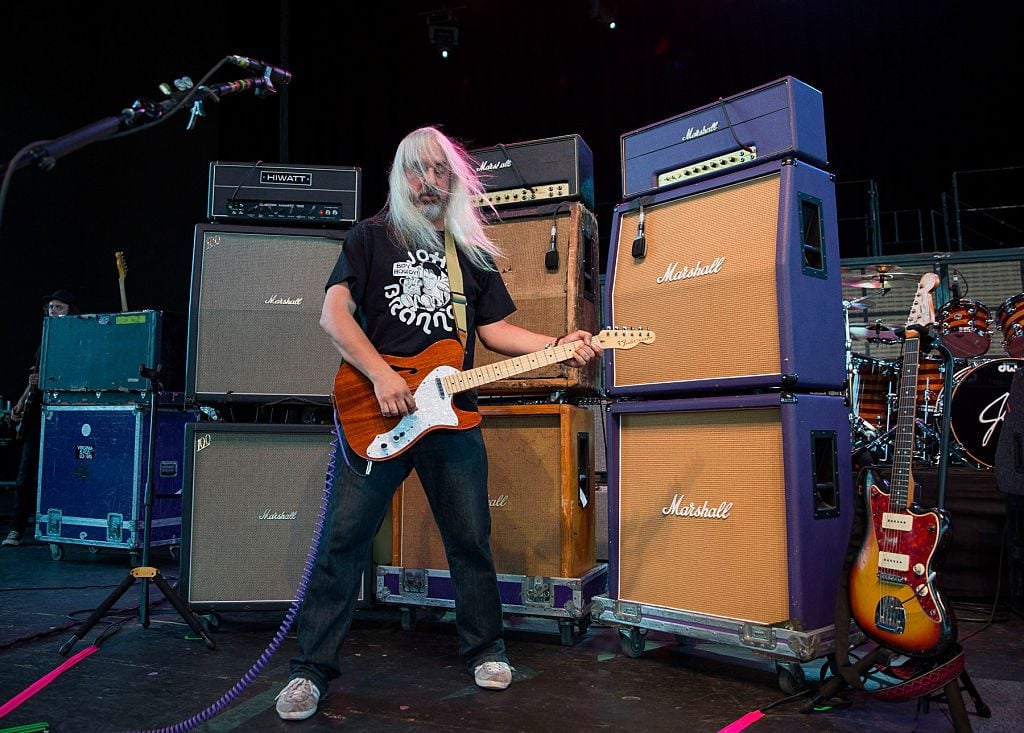 Joey Santiago is best known for being the lead guitarist in the influential rock band, the Pixies. Santiago was a founding member alongside college friend and frontman, Charles Thompson - better known as Frank Black. The Pixies are another huge foundation for American rock music, but that wasn't always the case. Over the course of their first three albums, Santiago's signature 'all-over-the-place' guitar style is raucously present, most notably in one of the Pixies' most popular and well-known songs, 'Hey' and the pungently brilliant solo to 'Vamos.' Once the Pixies disbanded, Santiago went on to produced musical scores to films and documentaries. Once a guitarist, always a guitarist. 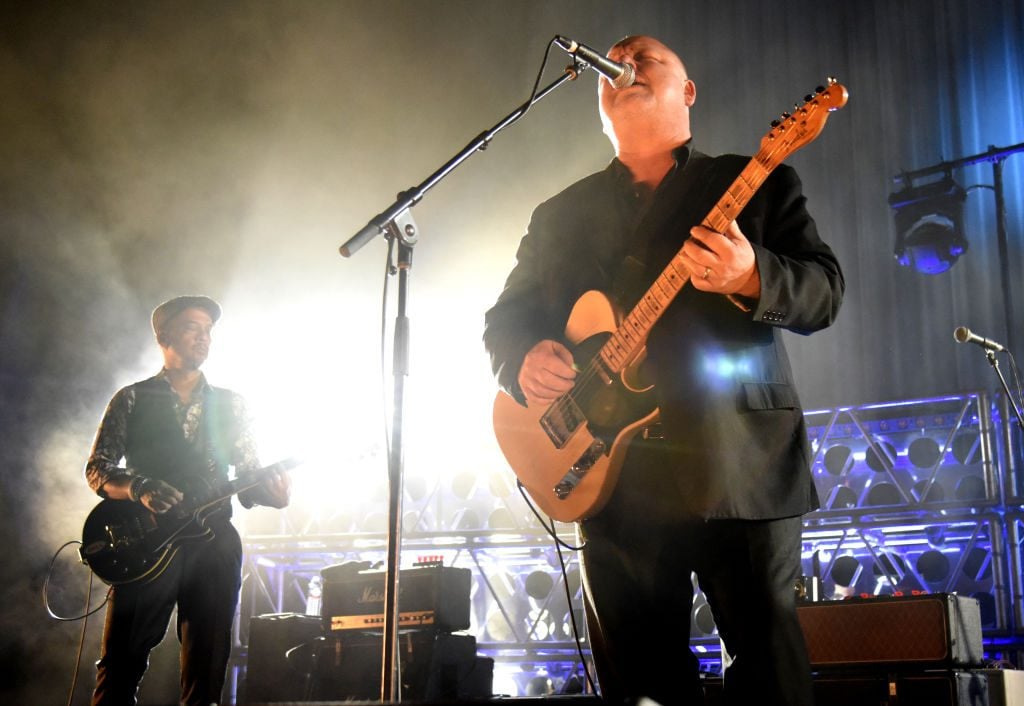