It's no secret that what makes a TV show so enjoyable is just how well the characters are written and portrayed, but it doesn't always mean we have to love them. Sometimes, what makes the best shows so good are those characters that get under the skin, and we've developed a hatred for them that we secretly love to enjoy.

Another whiny man-child that we love to hate — Ross Gellar, arguably the most annoying and insufferable of the Friends characters. Ross was a sook, he seemed to always know how to offend women, including that of his fanbase. Not to mention when he cheated on Rachel and then whined about how it wasn’t his fault, which fans never got over (and neither could she). 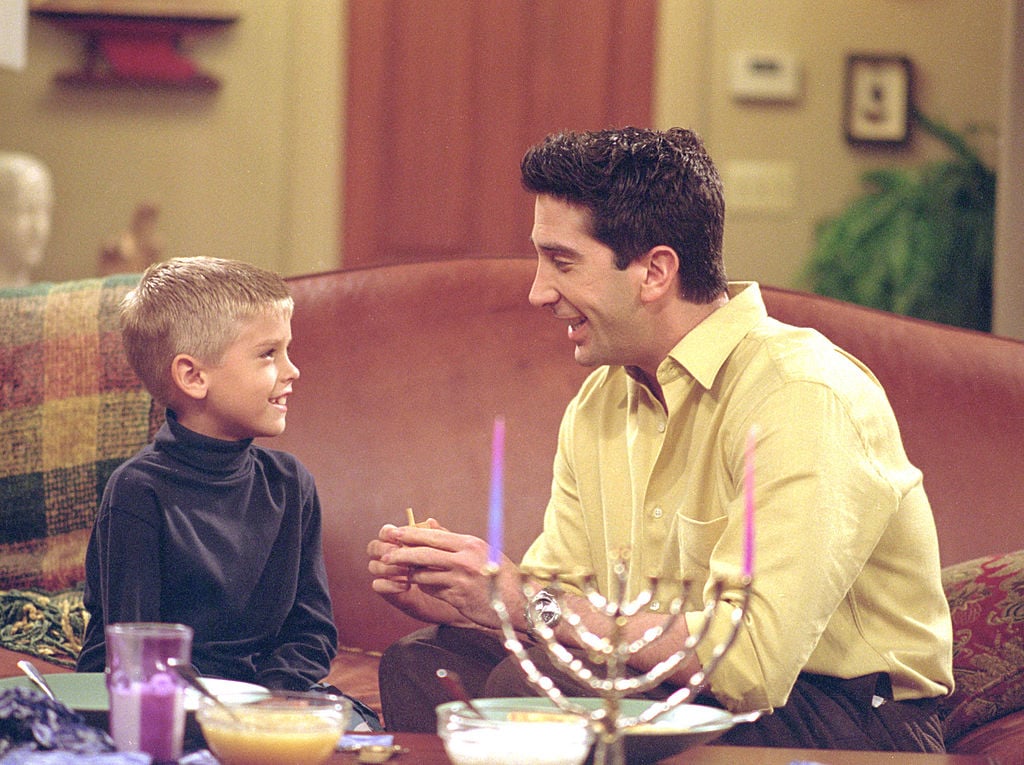 Despite the popular television show Dawsons Creek being named after Dawson Leery, there is no doubt fans hated everything about him. This teenager from the wrong side of the creek was by far the most annoying and whiny character that we ever saw on Dawsons Creek and unfortunately the main character. Dawson Leery, played by James Van Der Beek, starred in this popular television show, but truth be told we much preferred his friends.

There's no denying that we definitely hated the controversial Sex and the City character, Mr. Big, but too often his charm made hating him pretty damn hard. The series’ protagonist, Carrie Bradshaw fell head over heels for Big and thus began the intense hatred that her fans began to feel for this particular love interest. Mr. Big, played by Chris Noth, was always betraying the beloved Carrie Bradshaw and did a fine job of making us hate him.

The Sopranos was full of shady characters and that's what made the mob show such a big hit, but no one was as annoying or disliked as Richie Aprile. Whether it was his adamant homophobia or blatant jealousy and resentment of Tony, something about David Proval's character just rubbed everyone the wrong way.

Another annoying wife that seemed to drag down the otherwise exciting vibe of a show was Lori Grimes, who starred in The Walking Dead for the first few seasons. What annoyed viewers most was how quickly she moved on with her presumably dead husband's best friend and showed no remorse for her questionable actions. Good riddance, The Walking Dead is better off without Lori Grimes.

More commonly known as Pornstache, George Mendez was one of the prison guards in the earlier seasons of Orange Is the New Black. He was sleazy, corrupt, and downright disgusting, which is why we all loved it when he got justice in later seasons. Despite the terror he inflicted, the prison just isn't the same without his presence, so we're hoping he plans a comeback at some point.

One of the most satisfying deaths to scrape TV history was the death of Joffrey Baratheon in Game Of Thrones. His violent and brutal death gave fans a sense of peace after all of the terror and shockingly evil things Joffery had conflicted. Despite the hatred Joffrey attracted, ever since his death there was a certain level of malice missing from the show. Joffrey was played by Jack Gleeson who did a fantastic job of getting us to hate him, and although we miss him we're glad he's no longer around terrorizing the innocent.

It takes true acting finesse and a fine team of writers to build the hatred that viewers feel for Aunt Lydia each week on The Handmaid's Tale. Played by the extremely talented but terrifying Ann Dowd, Aunt Lydia strictly controls the women in this dystopian nightmare, and every episode you truly hope something terrible happens to her.

Every iconic TV show needs at least one annoying character to hate and for Mad Men, that character was snarky little Pete Campbell making an appearance each episode. Played by the talented Vincent Kartheiser, Pete was annoying, arrogant, and rarely got the fate we think he deserved. Kartheiser did a great job of portraying this unlikeable character, so much so that he was the only character that wasn’t nominated for an Emmy. Pete left such a distaste in everyone's mouths that we forgot it takes an exquisite actor to make you feel that type of hatred.

Sure, she was the badass matriarch of the motorcycle family but that doesn't mean we have to love Gemma Teller Morrow of Sons of Anarchy. In her time on the show, Gemma killed off her husband, got it on with the new head of the bike club, and offed her daughter in law. She's certainly got the badass bit sorted but as for being anyone's favorite? Definitely not.

Although the show centered on him and followed his love story along the way, no one could stand Ted Mosby all that much. How I Met Your Mother focused on Ted's journey to find love, during which Ted couldn’t stop whining about not finding love. He was often third-wheeling his friends or desperately chasing after Robin, and by the end of the series, we were just glad to see he had stopped whining. 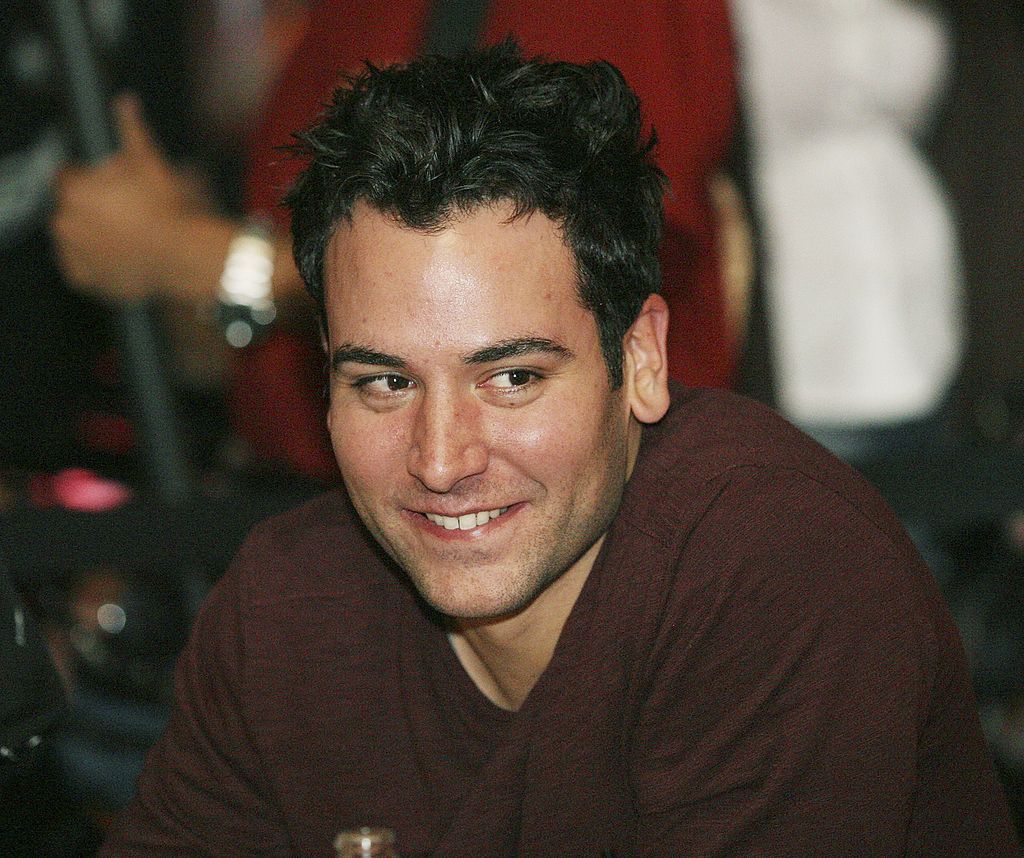 Newman was the Lex Luther to Jerry Seinfeld's Superman and the man who only ever went by one name. Newman was a troublemaker postman who lived down the hall from Jerry on the hit comedy Seinfeld, and we loved nothing more than to hate him whenever he popped his head in the door. Jerry felt our hatred too and would clench his fists whenever he saw the bothersome postman yelling “Newman!” As much as we loved to hate Newman, there is no denying that Seinfeld wouldn’t be the same without him.

Right from the drop, we couldn't stand Captain LaGuerta of Miami Metro Homicide, whether it was her passionate distaste for Deb or her creepy flirting with Dexter. Once Maria had uncovered Dexter's true identity — a killer for criminal justice — her unlikableness grew and we hoped she would be killed before unraveling the truth. Both Dexter and the viewers at home could feel Maria ticking at their nerves, proving just how good an actor Lauren Velez is.

Martin Wallstrom seems like he was born to play the role of the entitled, arrogant, and downright freakish Tyrell Wellick on Mr. Robot. Not only did he start as a questionable character, but he emerged into something much more despicable as the show goes on. Nevertheless, whenever he was absent from the show we felt like something was missing. We hated him but we never wanted him to go away — go figure.

It's a common opinion among viewers of Breaking Bad that Skyler White was up there with the worst of them. Although Bryan Cranston played the murderous drug kingpin, Walter White, we seemed to put most of our hatred on his annoying wife Skyler. Skyler was constantly making stupid decisions that made Walter's life more difficult and it's hard to hate the mastermind.