Some of the Best NHL Players Without a Stanley Cup

It is not an overstatement to say that the Stanley Cup is one of the most prestigious awards in professional sports. In fact, even being one of the greatest players in the NHL doesn’t guarantee a Stanley Cup victory. Legends of the sport have retired without ever grabbing the coveted trophy, and some of the best active players may never reach it.

With 15 NHL seasons under his belt with the New York Rangers, Lundqvist has plenty of accolades to his name. He is the only goaltender in NHL history to have 11 30-win seasons within his first 12 seasons. Lundqvist also has a Vezina Trophy win and helped lead the Swedish men’s team to an Olympic gold medal. Despite playing 128 Stanley Cup Playoff games and reaching the finals in 2014, he has not managed to actually snatch the trophy. 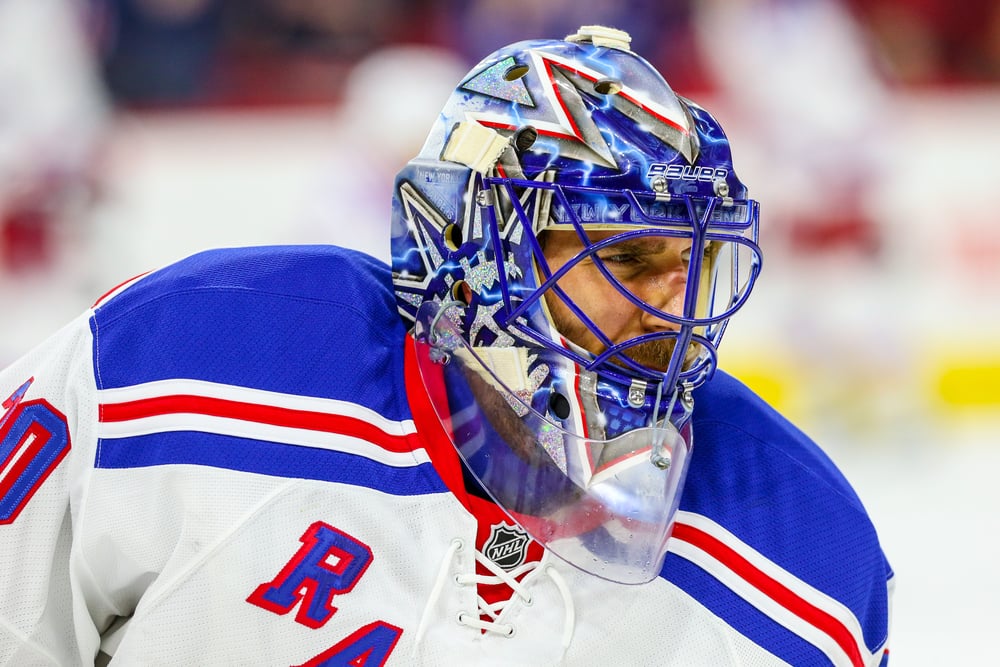 After the 2019-20 season, the Toronto Maple Leafs center boasts 769 points in 814 regular-season games, with those numbers only going up after this year. He has exceeded 80 points four times, including an impressive career-high of 88 points in the 2018-19 season. Plus, he also contributed to an Olympic gold medal. Though he helped the Islanders reach the Stanley Cup playoffs in the 2012-13 season, he has yet to make it to the Stanley Cup finals. 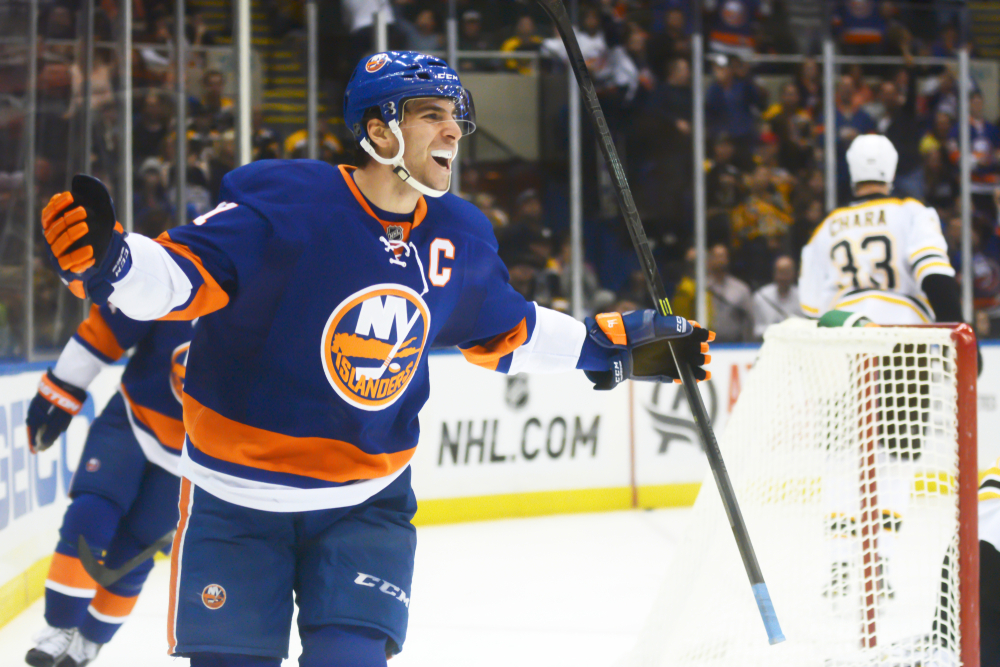 Together, Daniel and Henrik Sedin were one of the scariest duos in the NHL. Both twins are gold-winning Olympians and NHL All-Stars. They have also won NHL scoring crowns. The pair reached the Stanley Cup finals in 2011 but were unable to grab the victory. Despite impressive individual and duo performances, the twins retired in 2018 without ever getting the coveted Stanley Cup.

Following the 2019-20 season, Brent Burns has played 1,113 regular seasons with 694 points. In the 2018-19 season, the San Jose Sharks defenseman set a career-high 83 points in 82 games. Burns received the Norris Trophy in 2016 for his impressive defensive play and was named a finalist for it again the following season. He helped the Sharks reach the Stanley Cup finals in 2016, the first time for the team since they entered the league in 1991.

During his 18-year career, Marcel Dionne was one of the best offensive players in the NHL. He broke the 100-point mark eight times and was the third player in NHL history to score more than 700 goals. Dionne was inducted into the Hockey Hall of Fame in 1992 and was named one of the 100 Greatest NHL players in 2017. Even though his offensive abilities are legendary, his teams were unable to advance past the second round of the Stanley Cup playoffs.

Ullman began his 22-year career on the Detroit Red Wings just after they won the Stanley Cup in 1955. He would later join the Toronto Maple Leafs the season after their Stanley Cup win. Despite this, neither team would win another cup while Ullman was on the roster. He scored 1,229 points in 1,410 NHL games. He was the playoff scoring leader twice and has gone down in history as one of the best players the league has ever seen.

Better known as “Jumbo Joe,” Thornton is a player who has amassed dozens of trophies and awards — but no Stanley Cup. The Maple Leafs center has received the Hart Memorial Trophy as the league MVP and an Art Ross Trophy as the league’s leading point-scorer. He is one of only 13 players with over 1,000 assists, making him one of the best passers in NHL history. He helped the San Jose Sharks reach the 2016 Stanley Cup Finals, though they lost to the Pittsburgh Penguins.

Always the bridesmaid, never the bride. When he was still playing, Park was known as the second-best defenseman in the league, just below the legendary Bobby Orr. Park played in nine All-Star games and was the runner-up for the Norris Trophy six times. He played in the Stanley Cup playoffs every season and reached the finals three times. Though he never managed to win a Norris Trophy or Stanley Cup, he is still recognized as an all-time great and was inducted into the Hockey Hall of Fame in 1988.

In the late 80s and early 90s, Cam Neely was famous as the best power forward in the league. He boasts three seasons of 50 or more goals and twice broke the 90-point mark in a season. Neely also played in five NHL All-Star games. Even though he reached the Stanley Cup finals twice, the Edmonton Oilers defeated him both times. Though his career looked bright, an injury during the 1991 NHL playoffs cut it short and ensured he would never grab a Stanley Cup win.

After breaking into the league in 1996, Iginla had an impressive career with an abundance of titles and trophies. He has six All-Star appearances, a pair of Olympic gold medals, over 600 goals, and an MVP award. Iginla led the NHL in goals twice and is still the Calgary Flames’ all-time leader in games played, goals, and points. In 2003-04, Iginla captained the Flames to the Stanley Cup finals and even led the playoffs in goals. He accomplished almost every hockey goal possible except for a Stanley Cup win. 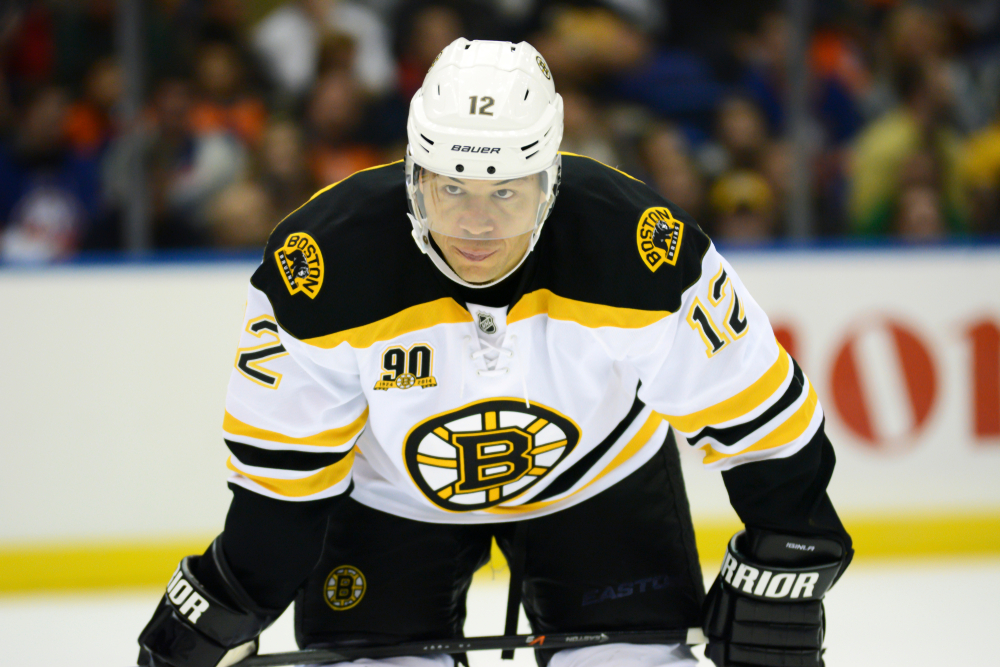