Silly Car Names from Major Companies Around the World

What's in a name? For cars, it's often an unintentional joke such as Audi's "e-Tron" EV in French slang, or a serious misstep, such as Ford's self-sabotaging "Probe." Many of these car names fail the valet test: hand over the ticket and say in a loud, confident voice "I need the green Probe!" Usually, car companies are better at targeting their international markets, such as Nissan's renaming of the "Fairlady" to the renowned "Z-car" line in the USA. Here are some of the best of the many "wait, what?" car names that, surprisingly, have made it to showrooms around the world.

A family vehicle's name should reflect both safety and comfort. Still, "Buzzard" is the European name for this 7-seater family SUV, introduced in 2019. It's the flagship of Tata Motors of India, where it called the "Harrier," perhaps from the military jet. "Buzzard" was chosen by the company that, in 2008, bought the elite brands Jaguar and Land Rover from Ford, clearly understanding the value of a prestigious name, but perhaps not how to choose one. 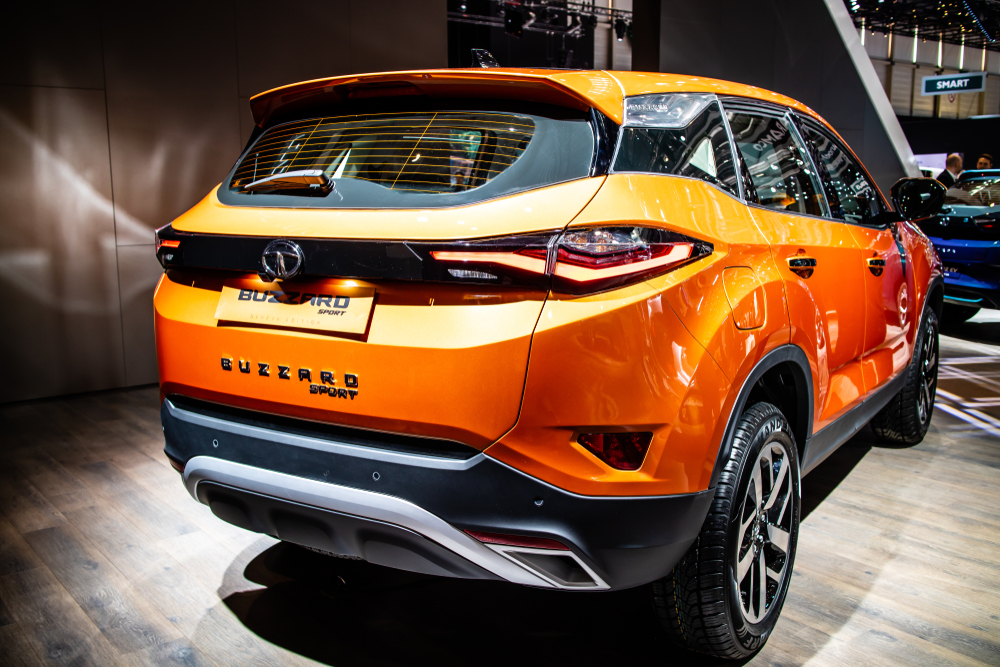 Car names are supposed to create an "image," but this one missed the mark big time. Ford created a very competitive hatchback with Mazda technology to update buyers of both the Capri and Mustang lines, and they did a decent job. Until the naming. "Ford Probe." The press had a million laughs, buyers couldn't bear owning one, and so we found out "what's in a name?" in the car business.

"Thing" is a strange, but somehow appropriate name for this whimsical personal vehicle derived from a utility vehicle designed for the West German army. It was in production from 1968 to 1983 and included elements of the VW Beetle, Microbus, and Karmann Ghia. If you've seen the movie 50 First Dates, it should look familiar. 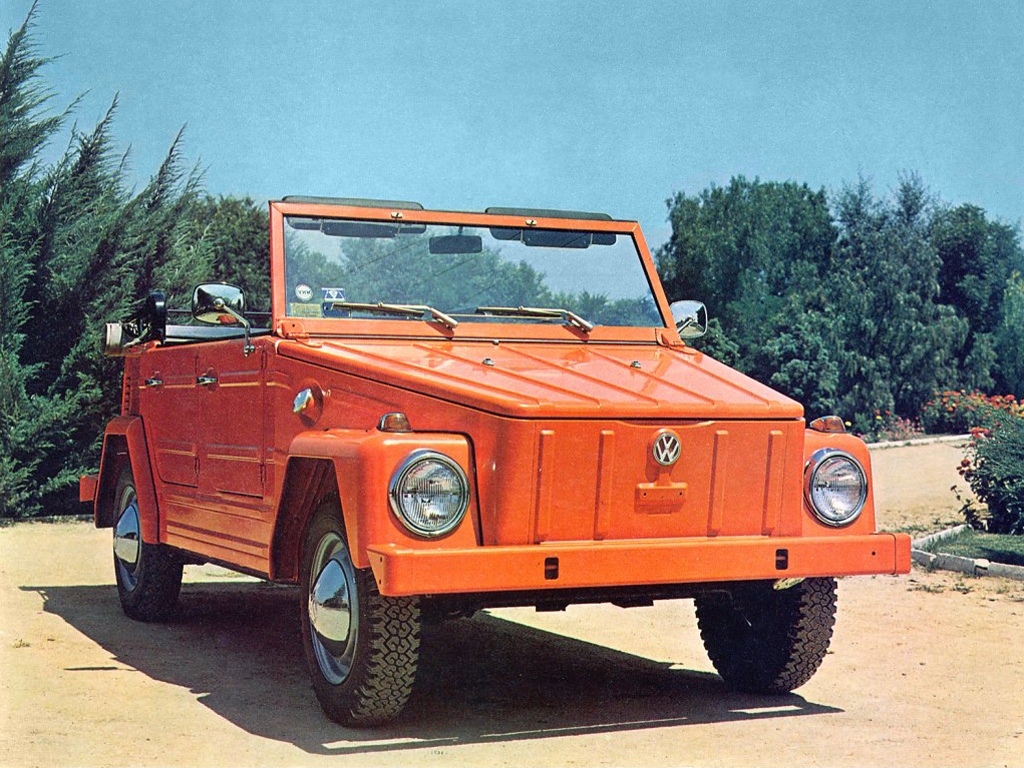 France has had strict rules about how their language is used, and as a traditional French company founded in 1899, Groupe Renault should know better than to use "Le Car." It does kind of reflect the cute, utilitarian nature of this petite vehicle that has been used as everything from a conversion van to a "Le Police Car" in Washington State, USA. It's definitely fun and peppy, a turbo model is available, and has a rallying heritage. Strictly speaking, though, "Le Car" translates to "The Because" in English. A bit of French philosophy, perhaps? 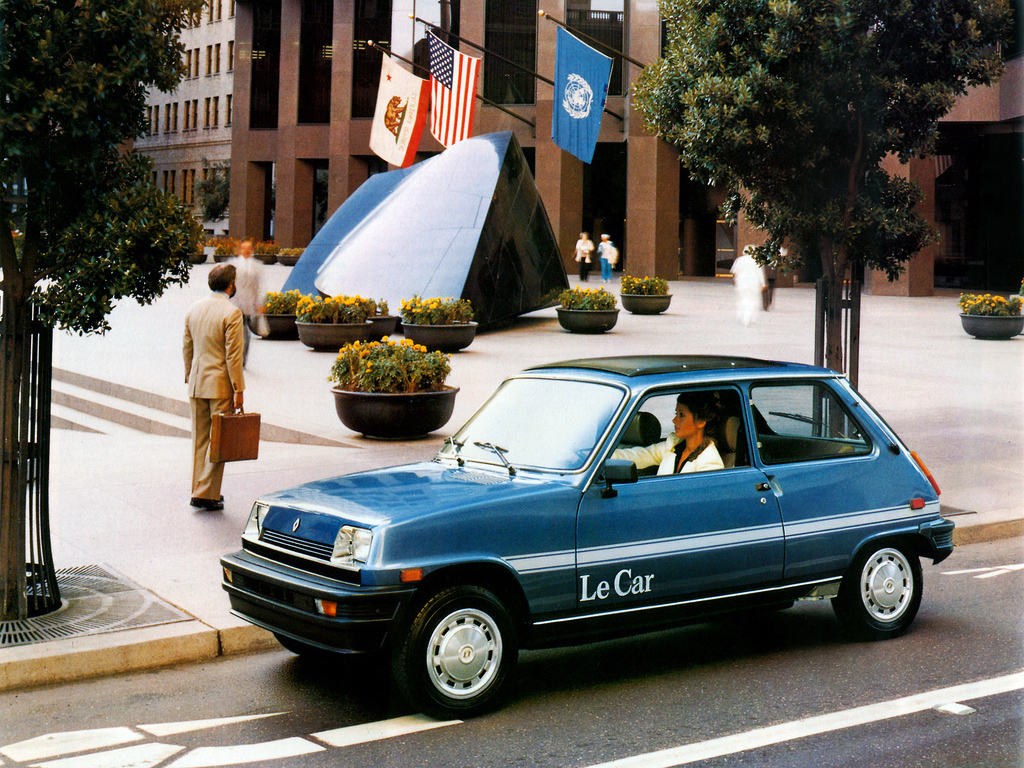 Note to readers and editors, the title is correct. First word Honda, second "That's." Nothing more. It's a Kei car, a Japanese city car in "tall wagon" format, and fits the strict regulations for this popular category. It's related to the Honda Life, but with more boxy corners and funky color choices that make it more fun and practical. That's that. 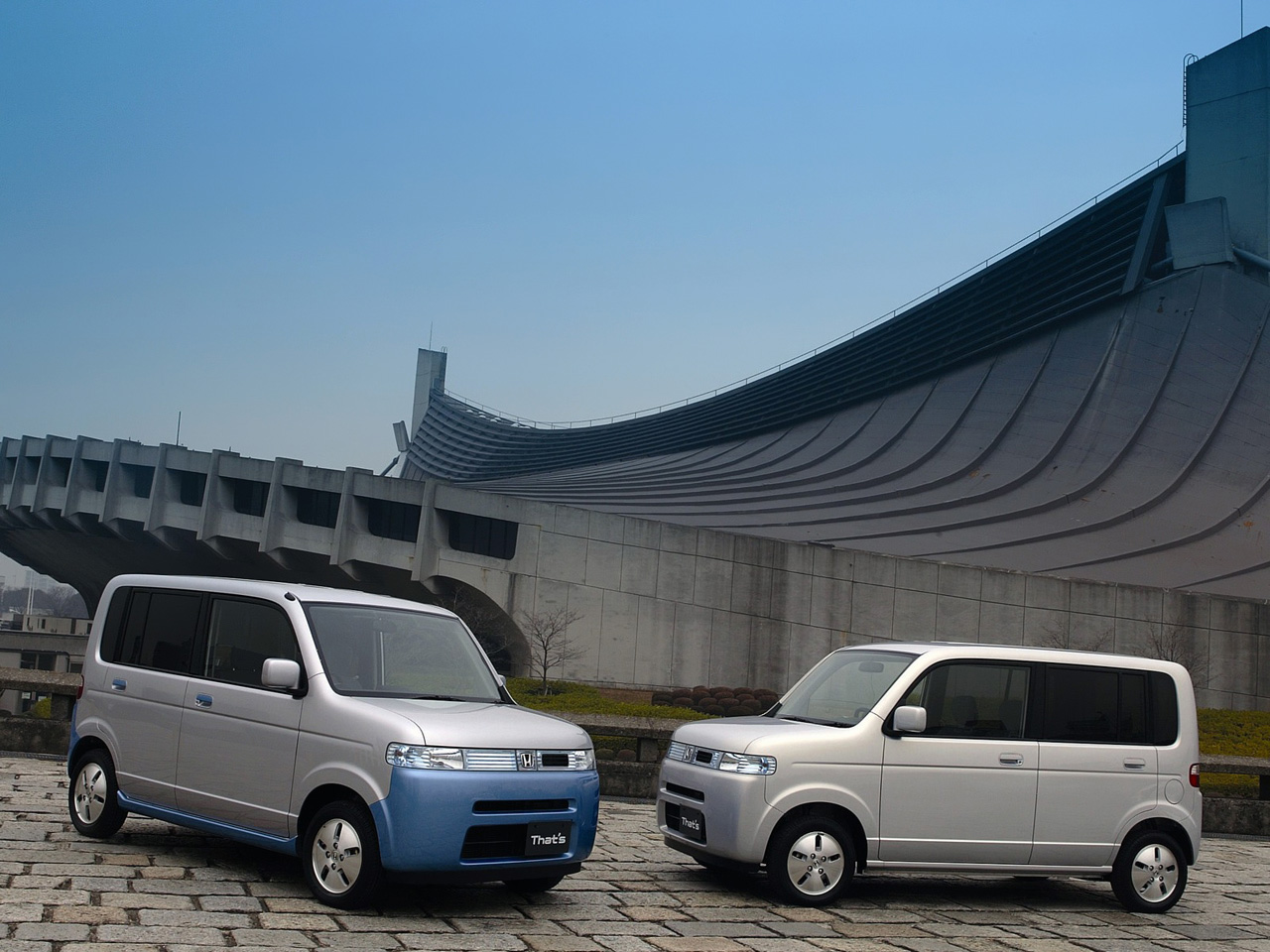 Since 2006, sportsmen and tradesmen in China have carried their tools and equipment in their Wingle, probably without even a smirk. It's an Isuzu-inspired pickup incorporating Toyota and Mitsubishi influences and produced by Great Wall Motors. The Wingle is sold in overseas markets including Australia, where it is known as the V-series. Modified versions serve as military trucks and ambulances. It is also sometimes known as the Great Wall "Steed." 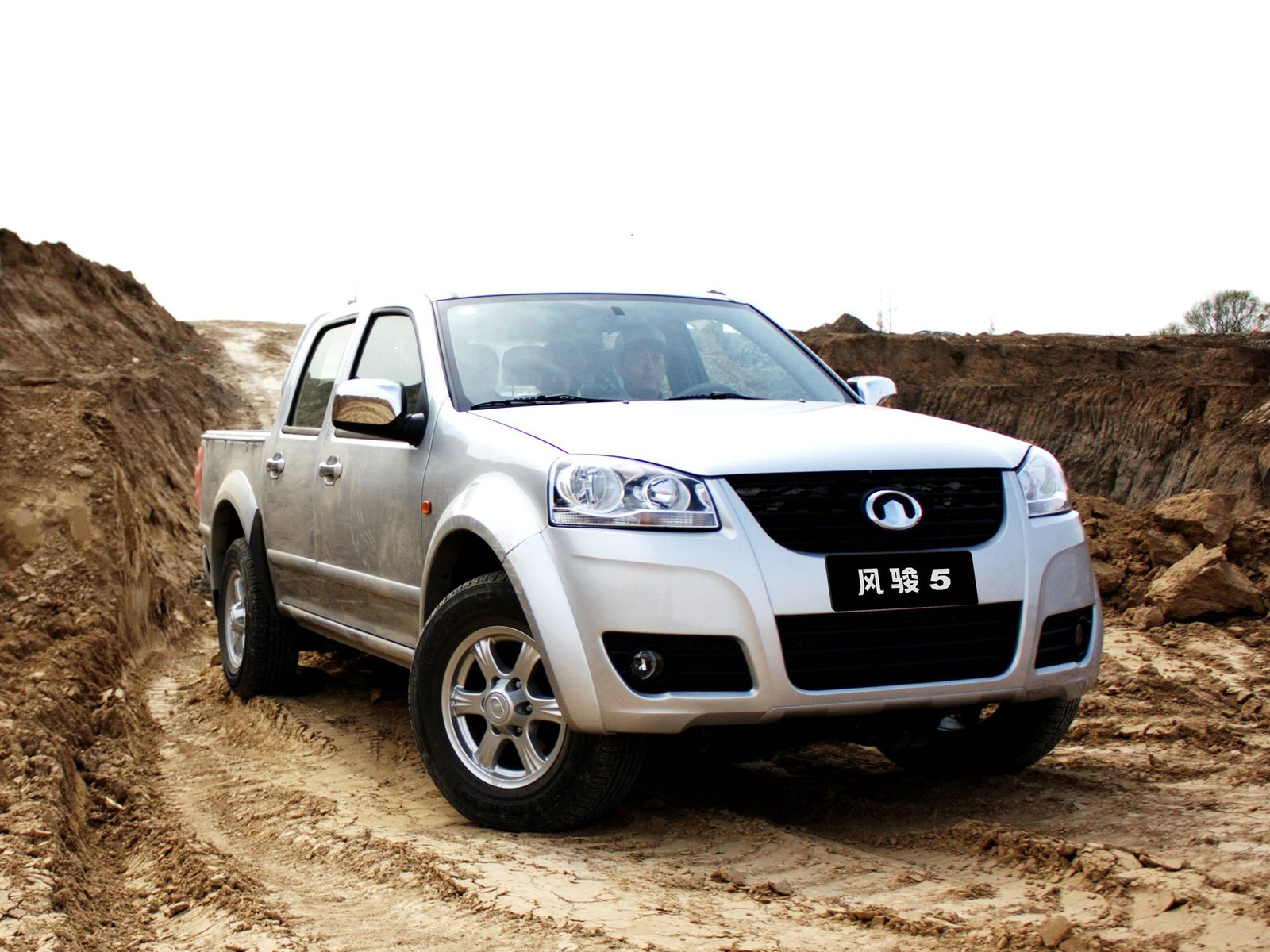 Mitsubishi's Minica line has been around since 1962, with a lot of interesting names replacing the original numbering system. In 1985 the Minica Winky was introduced, complete with a cute sunroof, and for the sixth generation in 1989, the Lettuce arrived. The name actually makes sense as it has one door on the driver's side, two on the passenger's, and a liftgate in the rear. It was sold by the Japanese Seiyu supermarket chain to help with efficiently loading children and groceries on shopping trips. 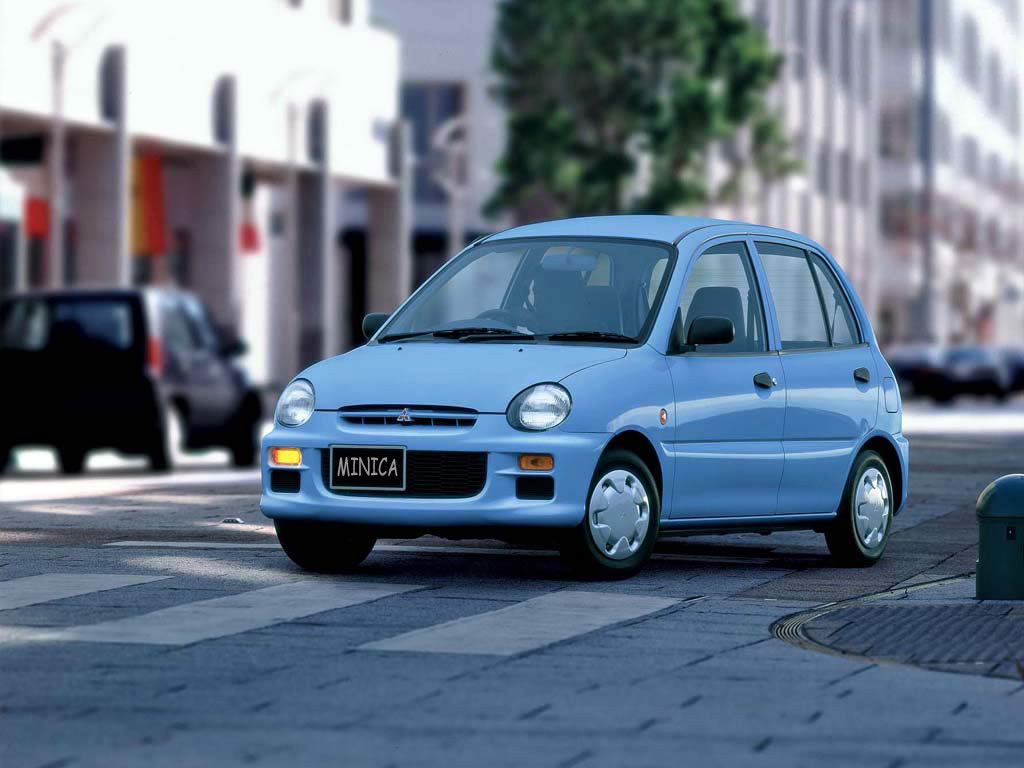 Another city car built to Japanese commuter specifications, the Naked was introduced in 1999. It has rugged, exposed bolts and metalwork look that, hopefully, was the inspiration for the name. This industrial-style has inspired models from other manufacturers such as Rover, Citroen, and Volkswagen, but with names like "Streetwise" and "CrossPolo" instead. 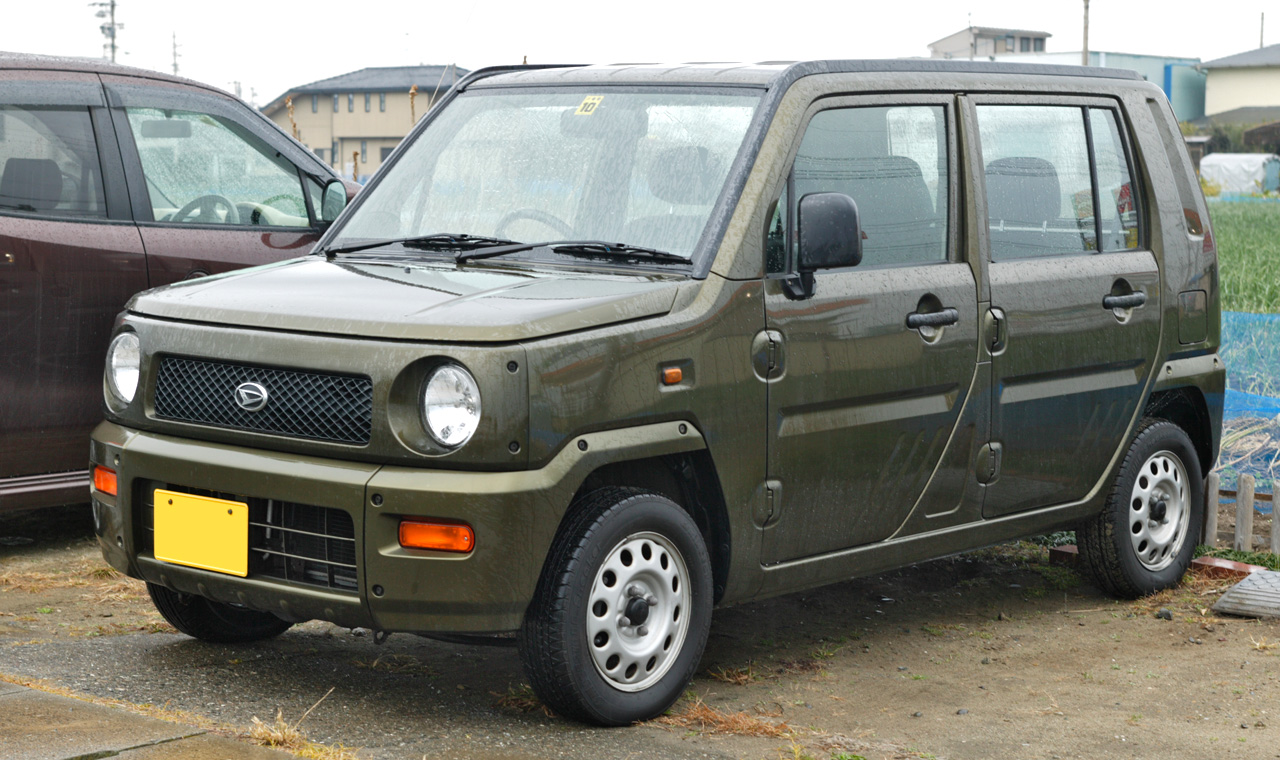 The dictionary offers several meanings for the word "scat," including "go away," said to an animal, an improvised jazz singing style, and animal droppings. The name, therefore, carries some risk. The Scat is also known as the Daihatsu Taft and even was the Toyota Blizzard in the early 1980s. It's a basic four-wheel-drive exploring machine, popular with Australian buyers. 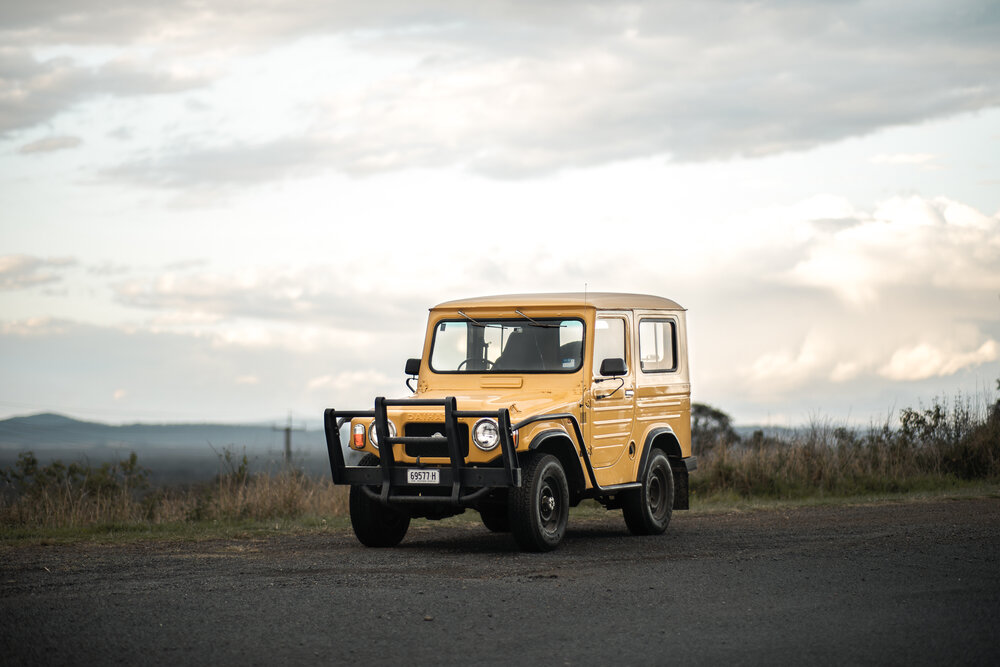 The Audi e-Tron has been named #1 by US News in its Luxury Hybrid and Electric Suvs category but whoops, in France, just south of Audi's German headquarters, "etron" without the hyphen is slang for a #2. Imagine the look of distaste on a Parisian's face when you invite them for a ride in your e-Tron and the image of old, rusty Citroen flashes through their mind. Sad, since the e-Tron combines Audi's luxury with the engineering of a Porsche Taycan, offering an experience that's far from a "turd." 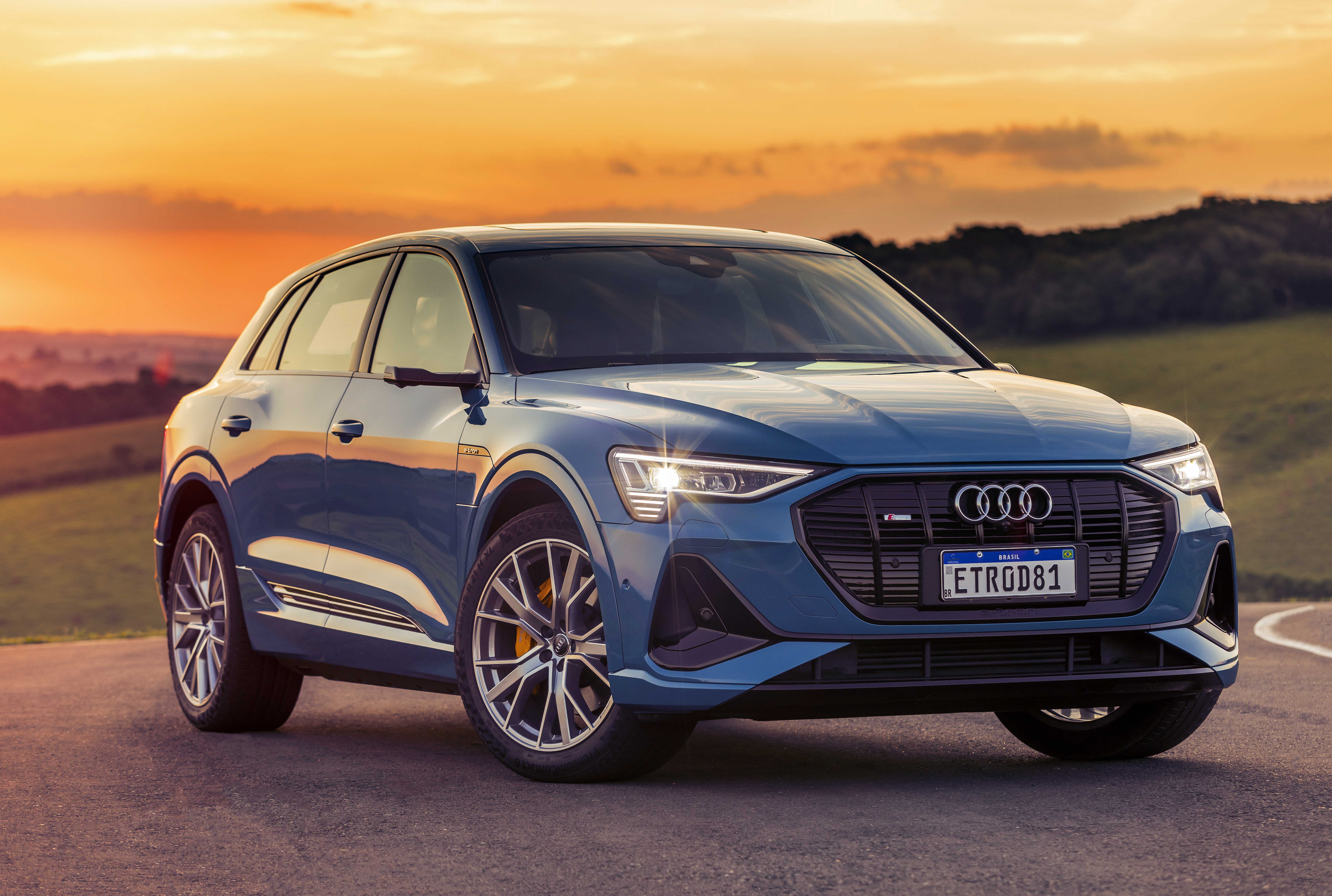 If the name puts you off, this fairly basic, boxy MPV with a 1.3L diesel and rather nice fuel economy is also available as the Citroen Nemo Multispace and the Fiat Qubo. It's a delivery van outfitted for people, with minimal standard features. For a young family, though, this is a great vehicle for camping trips and fun for the kids to shout the name from the back seat to annoy the parents. Bipper Teepee! Bipper Teepee! 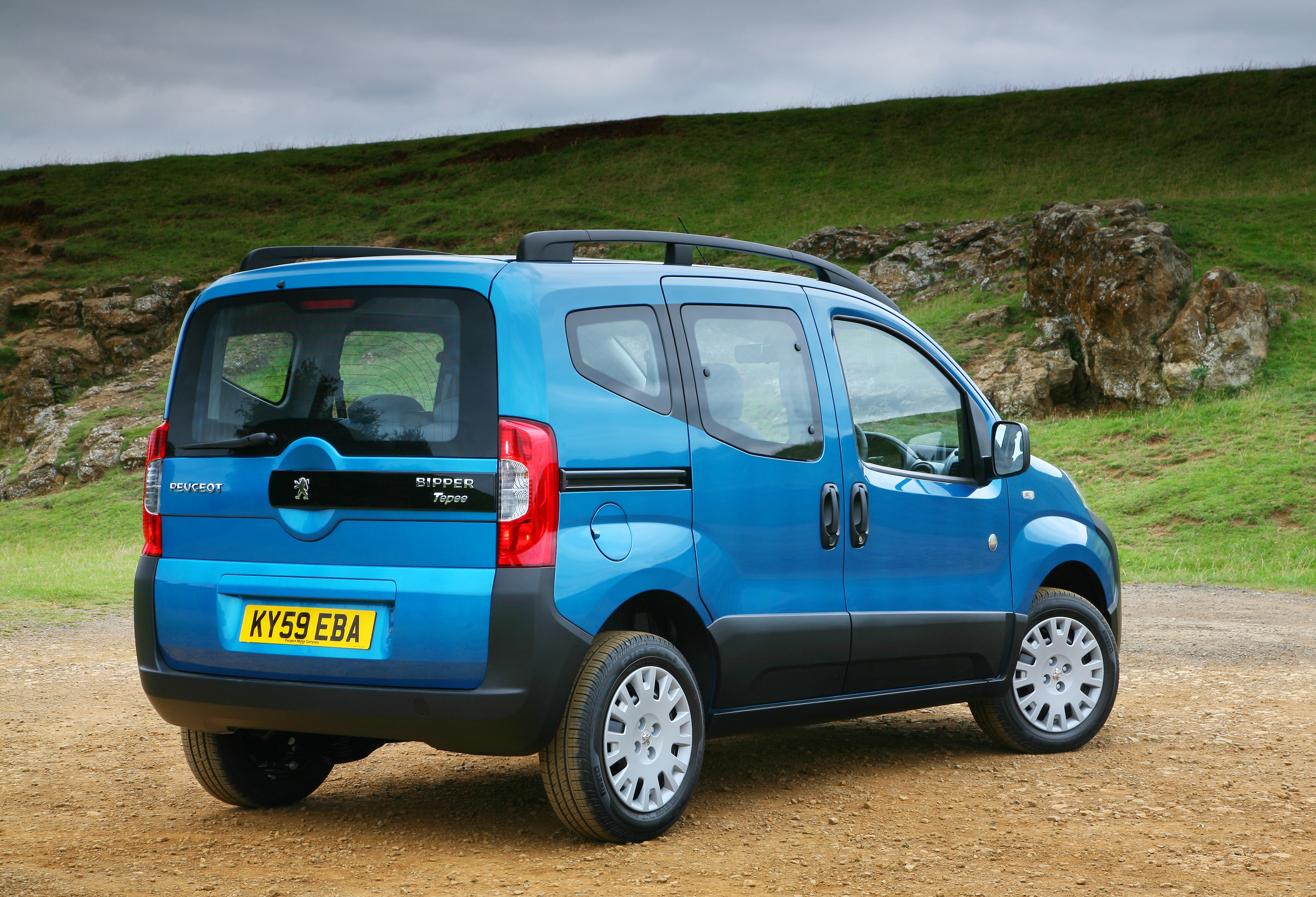 Here's another vehicle for family trips, and the longer the ride, the less it will seem like a "Joy Machine." Also known as the HR-V, like the Citroen Bipper Teepee it's a basic box for the family, with a 1.6L engine and unimaginative styling. It is available with 4WD, and it is a Honda, so it does make a good four-season commuting or family transport vehicle, but Joy is optional. 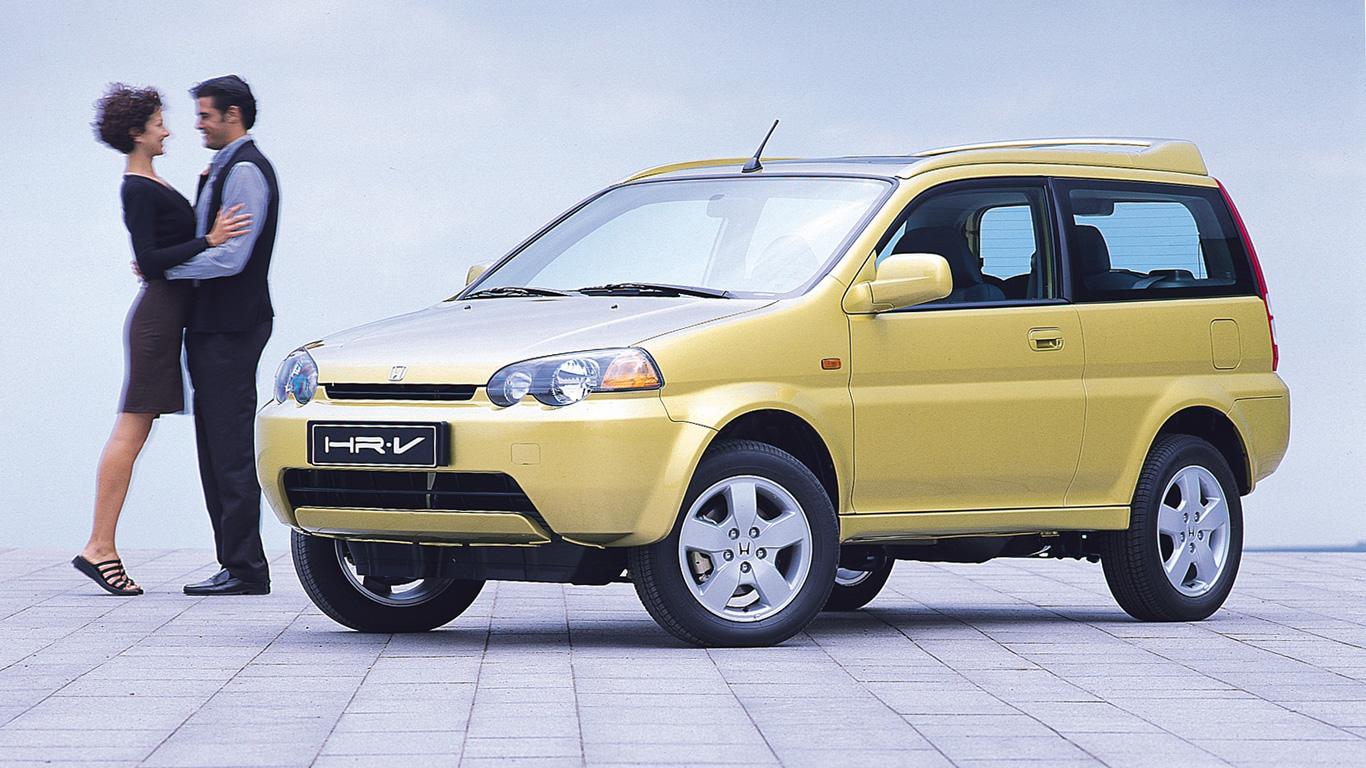 "Why Detroit?" is the question everyone's asking about this Chinese vehicle. Actually, "why?" might be sufficient. It looks like something out of the movie Finding Nemo, so "Fish" makes sense. It's an amphibious vehicle, and apparently, Tang Hua is known for trying to lead the car market in new, unexplored, and whacky design directions. Exhibited at the 2008 Detroit Auto Show, it gave the trade press something to have fun writing about. 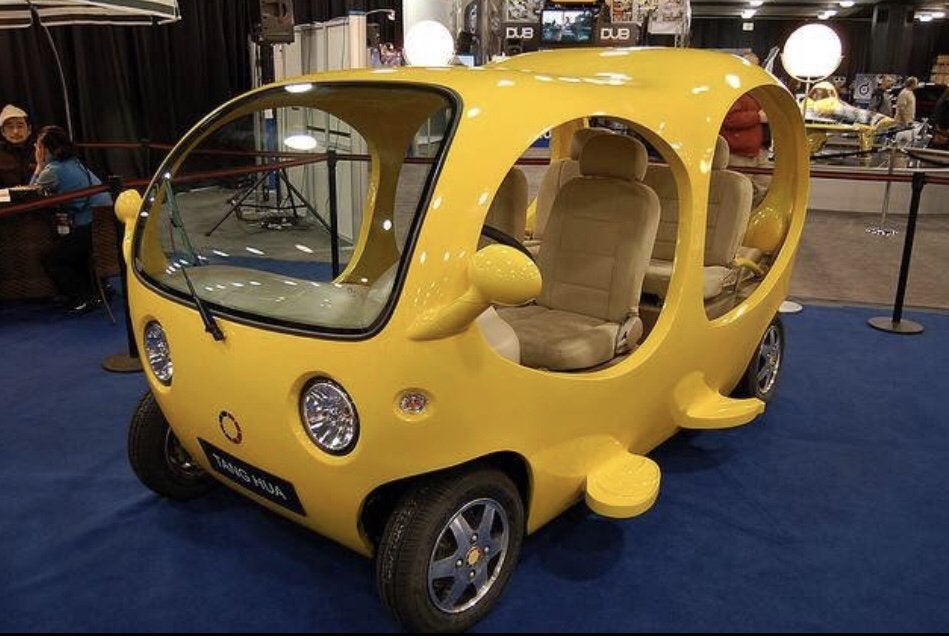 Hummer or Honker? If you're looking for a military-quality offroad vehicle, these are two good choices, both with silly names. Both vehicles have seen service in Iraq and proven themselves under tough conditions. Honker has been sold under several names including Daewoo, Andoria, and Intrall, but basically, it's a well-respected Polish all-terrain, multi-purpose pickup truck, with a variety of uses including transporting miners underground. 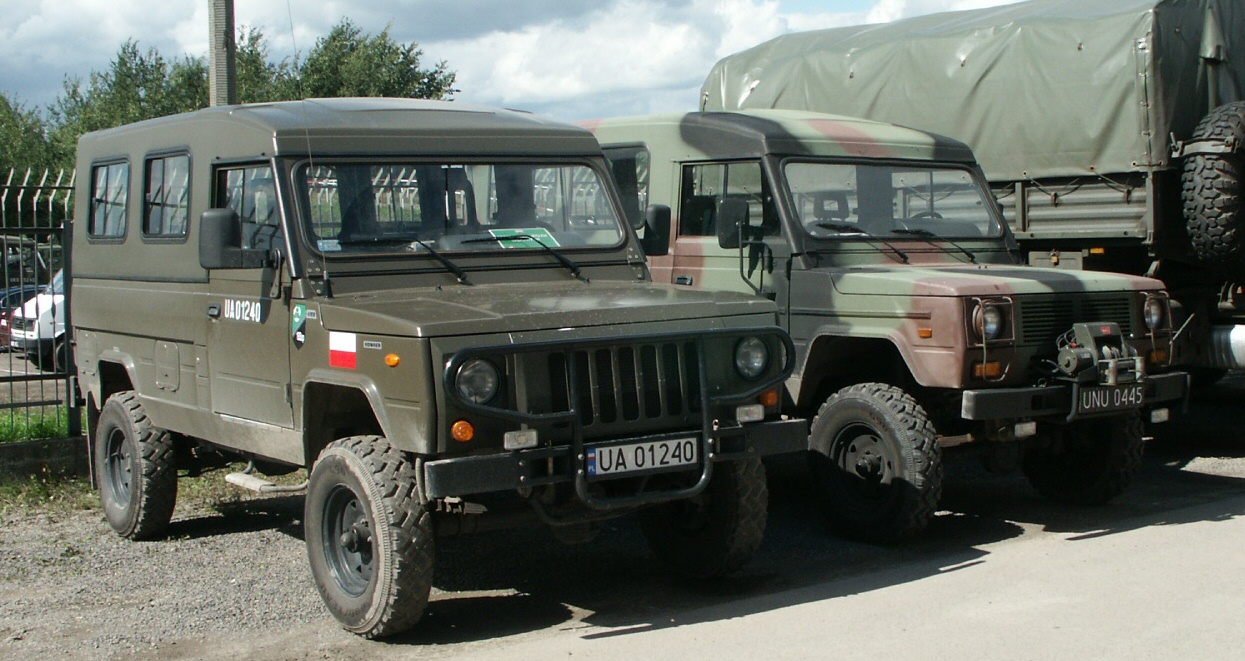 This is the kind of branding that happens when the boss is away on vacation, and when the boss returns, things get cleaned up. You're much more likely to see "MU Wizard" on the tailgate of this vehicle, or the familiar USA names "Amigo" and "Rodeo Sport." Why it was initially called "Mysterious Utility" remains, of course, a mystery. 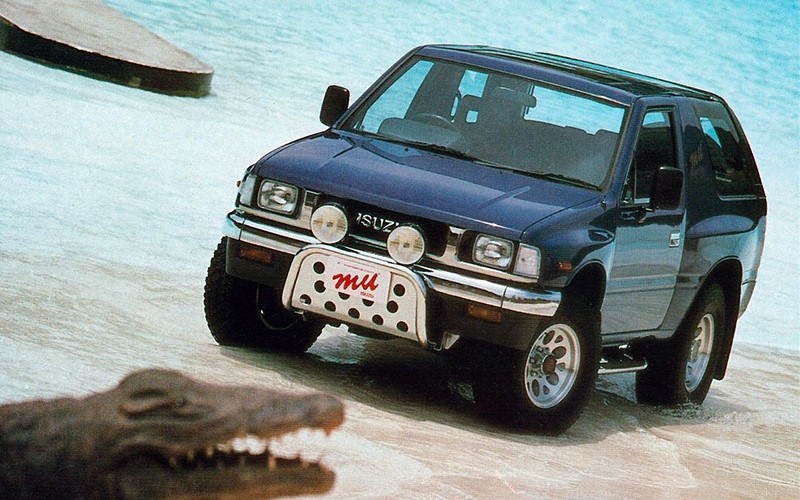