Hall of Shame: The Worst Cars of All Time

Many things make up the worst cars of all time. Some start with so much promise and years of manufacturing expertise but fall flat once they hit the highway. Others are ambitious and try to push the boundaries of motoring history. Except they end up with a hunk of scrap for the junkyard. There are more that simply explode, crumple, fall apart, or can't be insured. And then there are those cars that just can't seem to stay vertical. There are even cars who never make it simply because their names are absolutely terrible. Here the best examples of the worst: some are from reputable car manufacturers that really should have known better, and others from companies that luckily, for our safety and sanity, no longer exist.

We ask for certain simple things of our cars: four wheels, an ability to get us places, and not being readily combustible. The Ford Pinto ticked the first two boxes but could manage the third. In rear-end collisions, the Pinto had the unfortunate habit of bursting into flames. To make matters worse, Ford knew about the problem before releasing the car but calculated that damage payments would be lower than actually fixing the problem. Armed with an actual fireball of a product, production went ahead, and the car exploded onto the market in 1971. However, the Pinto soon became synonymous with faulty engineering, and while the damage payments may have been lower for Ford, the cost of rebuilding a reputation was considerable. 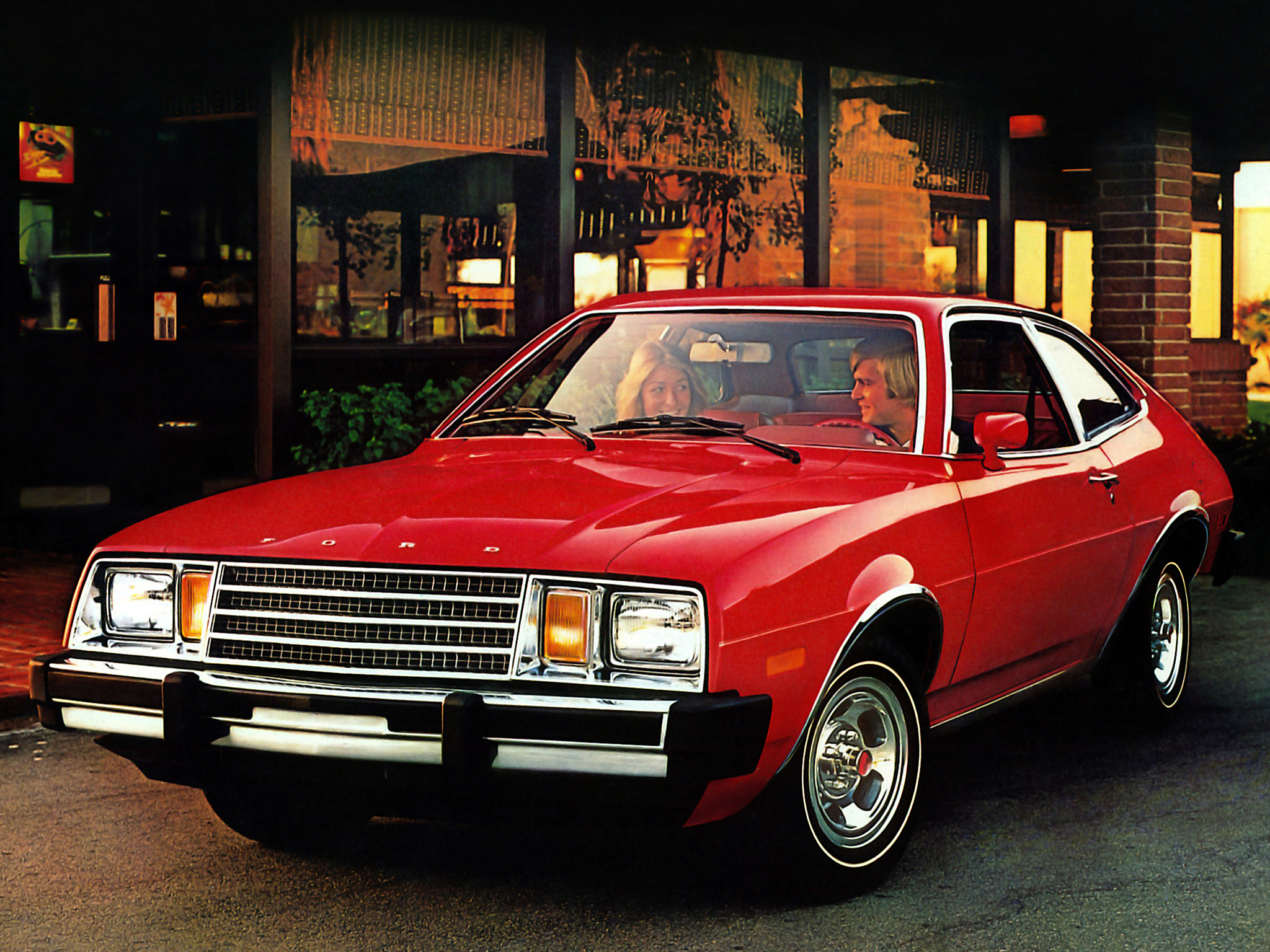 A supporting actor on the iconic British TV show Only Fools and Horses, the Reliant Robin stands out as one of the most design flawed vehicles ever to grace the road. The three-wheel design had one on the front and two in the back, which was thought to make the car easier to maneuver through narrow streets and thus the perfect vehicle for city driving. However, the Robin wasn't built with a counterbalance for the three-wheel design, so if you happened to be driving around alone, the weight of the driver tended to make the entire car tip over. This was particularly problematic, as the Robin was only built to carry the driver alone. You can see why this made the perfect punchline for an 80's sitcom in the UK. 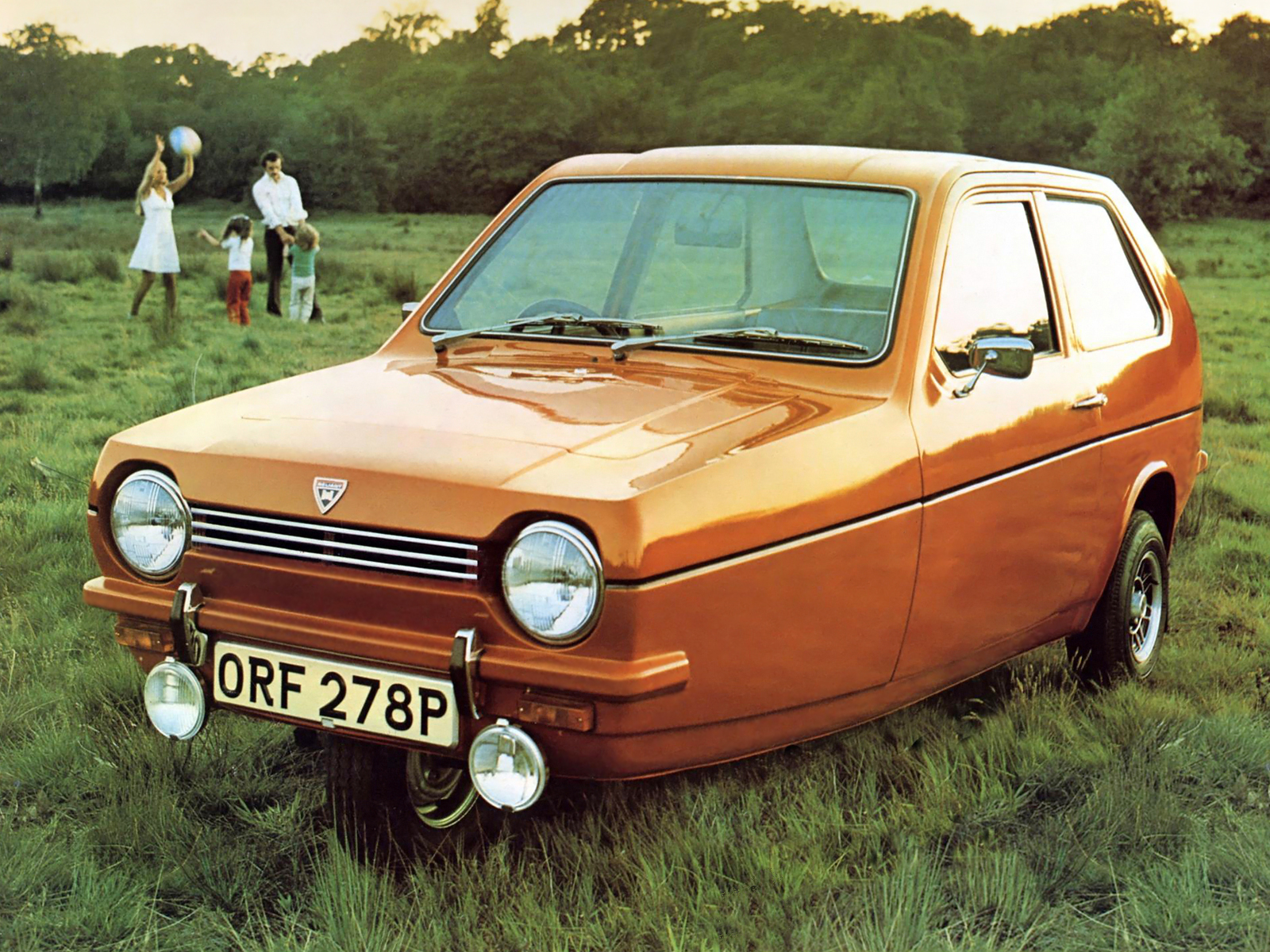 Frequently voted one of the ugliest cars ever made, the AMC Pacer has the look of two different cars welded together. Market testing revealed at every stage that no one liked the look, but AMC was convinced that people would come to embrace the Frankenstein nature of the Pacer. Indeed, they may have been onto something: upon its release, the Pacer got great reviews, being called "futuristic," "bold," and "unique." In a way, it was each of those things, and AMC even came out with an electric version to respond to the oil crises that plagued drivers throughout the 1970s. However, people never quite fell in love with that design. AMC wanted to sell great cabin space in a slim package, but what they ended up with was a car with a huge trunk, double-barrelled side exhausts, faux wooden interior, and no air conditioning. Needless to say, the Pacer has not aged well. 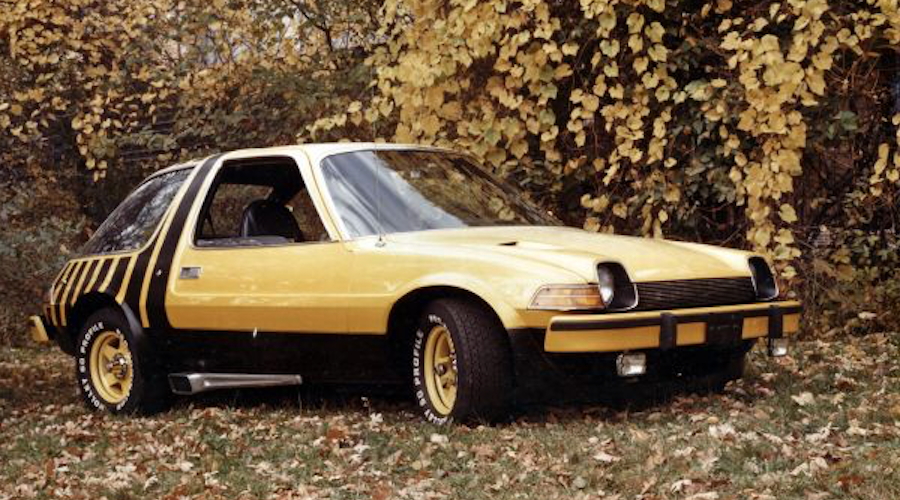 Although it became world-famous on movie posters, the Delorean is actually the poster child of motoring disasters. Originally planned to be assembled in Puerto Rico, Delorean production moved to Dublin, lured by financial incentives that the cash-strapped company couldn't pass up. Despite (or because of) the move, the car was doomed from the start. Production was delayed for five years when the original engine ended production, and the new engine they purchases didn't actually fit into the chassis. This meant that the Delorean had to move the powertrain to the back, with disastrous results for the power output. It really could have used a flux capacitor, because the poor thing could hardly run at all. Although Delorean managed to build 9,000 cars in the first year, their inexperienced labor force resulted in a poor quality build. The underwhelming end product, coupled with a slump in the US car market meant that the DMC-12 failed to make it even a year into the future. 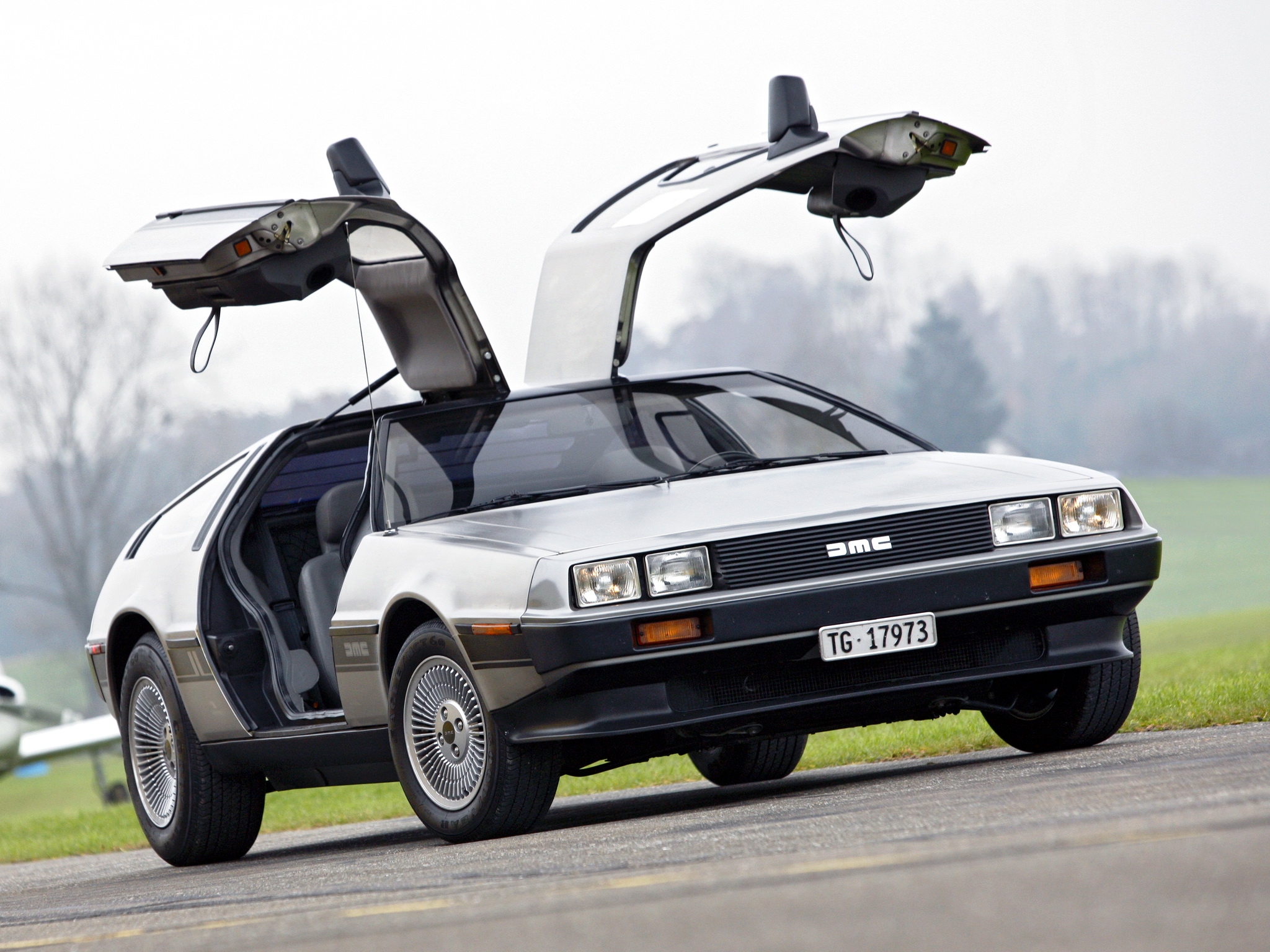 Someone really should make it a rule that cars are much better off when they have four wheels. The second three-wheeler to make our list, the Peel Trident was clearly designed by someone at the Peel Engineering Company with a fascination for the classic cartoon 'The Jetsons.' Unlike the Robin, the Trident's wheel design was one in the back and two in the front, and it did have space for two people, even though it was just over 4 feet long. Indeed, it claimed the title of the world's smallest car and for reasons unknown, captured a segment of the UK driving population. However, the design problems didn't end at the fact that this was basically a go-kart with a fishbowl and seats. The Plexiglas domed roof tended to act as a heat amplifier, cooking the people who actually managed to fit inside. On the long list of must-haves for a car, "recreating what happens when you hold a magnifying glass over ants in the sun" isn't normally high up. The Trident is a collector's item now, which is fair enough, as it probably fits on most living room display shelves. 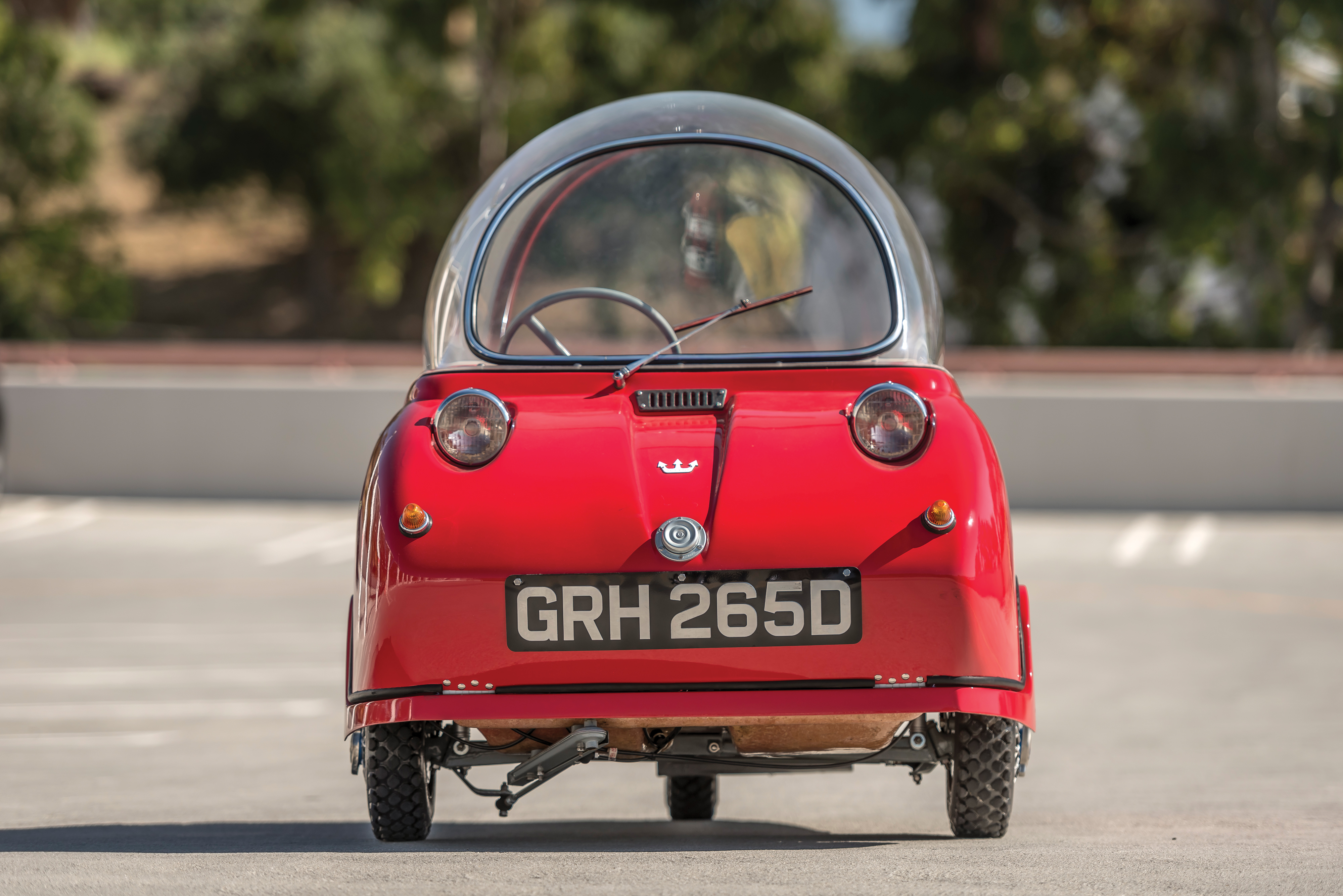 Generally known as the worst car ever produced, The Yugo was imported into the US from Yugoslavia (hence the name) as a cost-conscious option for the American market. This dubious honor was not without merit: the build quality of the Yugo was so poor, and it broke down so often that people would joke that the rear window warmer was for your hands when you inevitably had to push it. Things got so bad that many insurance companies refused to cover it: with pieces that regularly fell off, short-circuiting electrical systems, and exploding engines (seriously), it's not that much of a surprise. Although, in retrospect, it wasn't that hard to anticipate that the Yugo would have a short life in the USA. The 55 horsepower engine shared space under the hood with the spare tire, and the tire was actually bigger than the engine. But some still inevitably sold: really, how could you resist a car that lists "carpets" as one of its features? Today, the Yugo remains a cult item that evokes a Cold War-era type of nostalgia, kind of like Yakov Smirnov in a New York Mets cap. 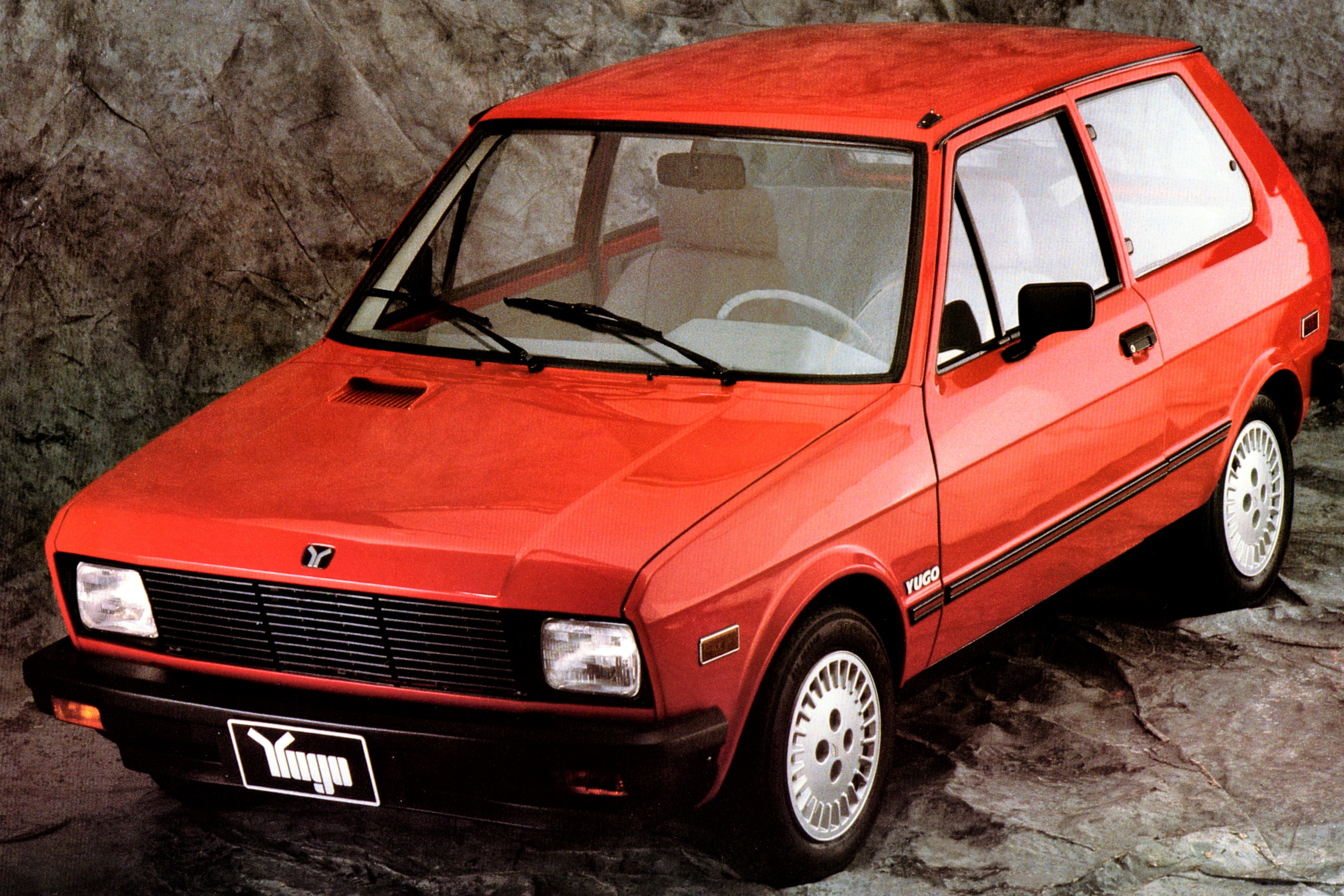 What do you get when you cross a demoralized workforce, incompetently run factories, and a communist state that discouraged innovation? The answer is the Trabant, an East German car made out of compressed cardboard covered in plastic resin. Unsurprisingly, reliability was a real problem, and the transmission is generally considered to be the worst ever produced. Somehow, demand for the Trabant was through the roof, and even up to its demise in 1990, there was a ten-year waiting list. How you ask? Well, it's not hard to corner the market when you're the only car available in the country. The Scorpions brought the Winds of Change not a moment too soon for East German car owners. 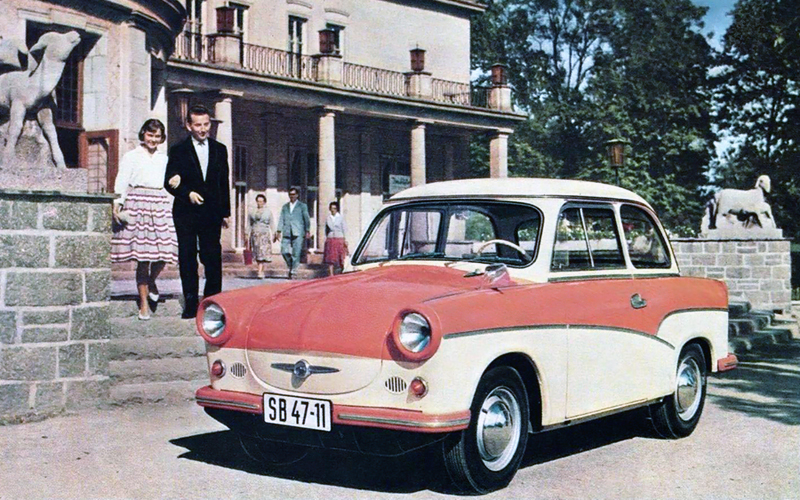 Sales are not necessarily a measure of the quality of a car, and the Ford Mustang is a perfect example. A great seller at the time, the Mustang frequently tops the list of the greatest muscle cars ever made. However, the 74' Mustang stood out for completely missing the mark in every category that made it famous. It was unattractive and lacked any power, resulting in many people calling it a rebadged Pinto. It's all about context with this one, as Ford's 1974 release was a reaction to rising gas prices and a general shift in car owner's needs. The Mustang II was the only model to come without a V-8 engine, effectively turning it into the Trojan Horse of muscle cars. The Mustang did, however, win the Motor Trend Award for Car of the Year in 1974, but this is yet more proof that the 70s were a strange time, and that no one is immune. 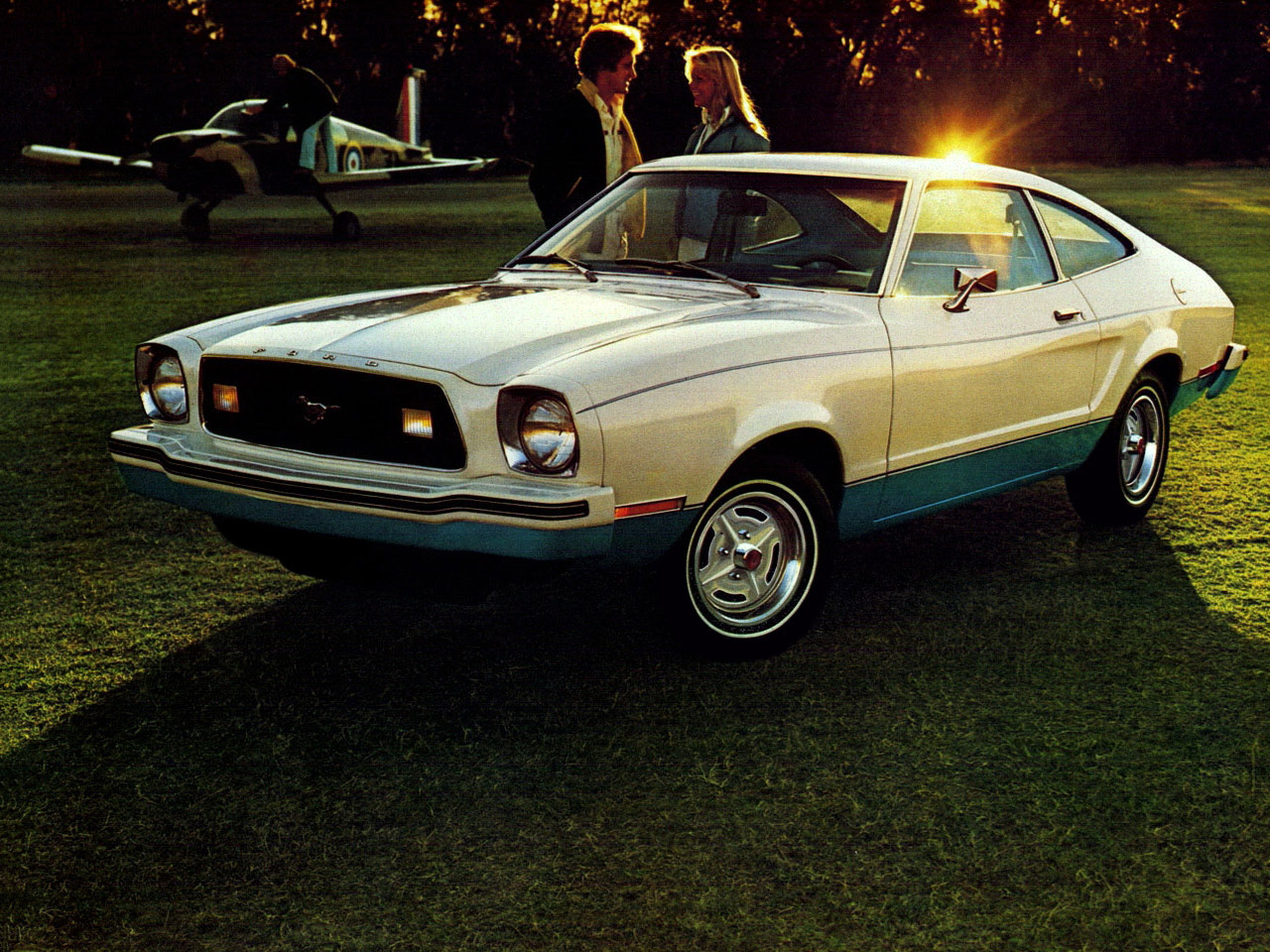 The Alfasud was projected to be another amazing addition to the Alfa Romeo range, which enjoyed a level of success and international distribution that few other Italian car makers could claim. As a subcompact, the Alfasud was touted as faster and better handling than any other car in its class, and pre-orders flooded in. Alfa Romeo worked hard to meet these demands, quickly producing 1 million cars in their new factory just outside of Naples. However, this was Italy in the 70s, so they had a pretty big problem. The Mafia ran most of southern Italy at the time, and they 'encouraged' Alfa Romeo to use an entirely Mafia led workforce. Inexperienced and altogether unwilling to learn, the crew commonly stopped production on the line altogether, with over 700 work stoppages reported during the production of the Alfasud. Things got worse: the cheap Soviet steel was all left outside to rust before being painted over, only to eventually fall apart. It seems there are some offers that you really must refuse. 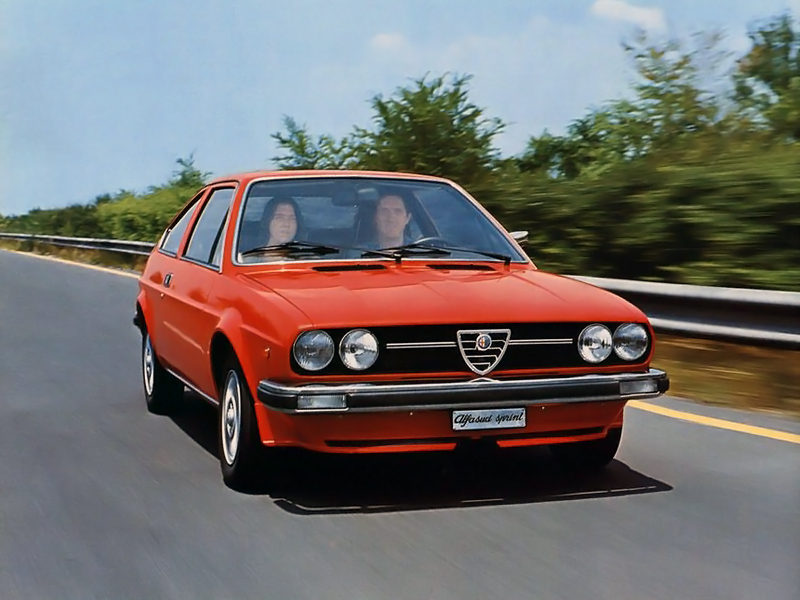 In the height of the counterculture, the quirky shape of the VW Beetle became a symbol of peace, love, and freedom. Subaru wanted a piece of the action so; in 1968, they released the 360, a car so bad it made the Beetle look like a tall, blond, 100m sprinter. Someone in the Subaru marketing department made a real miscalculation of the counterculture aesthetic, formulating the never-so-true-as-now tagline of "cheap and ugly." It stood out from the crowd alright, but not for the reasons Subaru would have liked. A 1969 Consumer Reports article labeled the 360 as 'unacceptably hazardous,' and much like a Tinder profile with the same results, it bombed. The 360 was out of the car game in a year, a painful reminder that when your crumple zone is as all-encompassing as your name, you might want to go back to the drawing board. 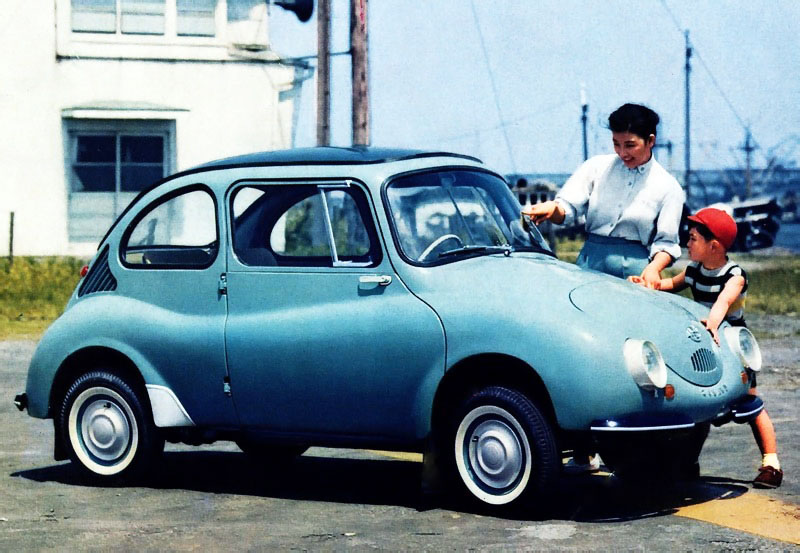