From Gordon to Garten: Who Are the Richest Celebrity Chefs?

As a nation, we’re obsessed with cooking, especially when we're watching someone else do it! Back in April 2020, a survey showed Food Network ratings were up 25%, so it’s no wonder that celebrity chefs are rolling in the dough—pun absolutely intended. And millions of viewers continue to tune in a year later.

From global restaurateurs like Gordon Ramsay to home-style cooks with no formal training like Ina Garten, celebrity chefs are some of our favorite TV personalities. And it's no surprise that the richest celebrity chefs top the charts.

With an estimated worth of $1.1 billion, Alan Wong is by far the richest celebrity chef in the world. Wong was a founder of the famous farm-to-table restaurant known as Hawaii Regional Cuisine, which focused on Hawaiian ingredients and local cooking styles. His eponymous restaurant in Honolulu won the “Best Restaurant in Honolulu” award an astonishing 18 times.

Kimbal Musk might be the little brother of one of the world’s most famous business people, but he’s hardly less successful. He's a restaurateur, a board member of huge franchises like Chipotle, plus he runs a range of philanthropic projects. These include Big Green, a healthy gardening and food initiative designed to connect kids to their food, and Square Roots, an urban farm project. Kimbal’s net worth is around $500 million.

This British chef has amassed a wealth of around $300 million over a varied career. He worked his way up the ranks from pastry chef to restaurant owner while hosting TV shows and selling many successful books. He’s also been on the front line in British schools, fighting for healthier meals for growing youngsters. 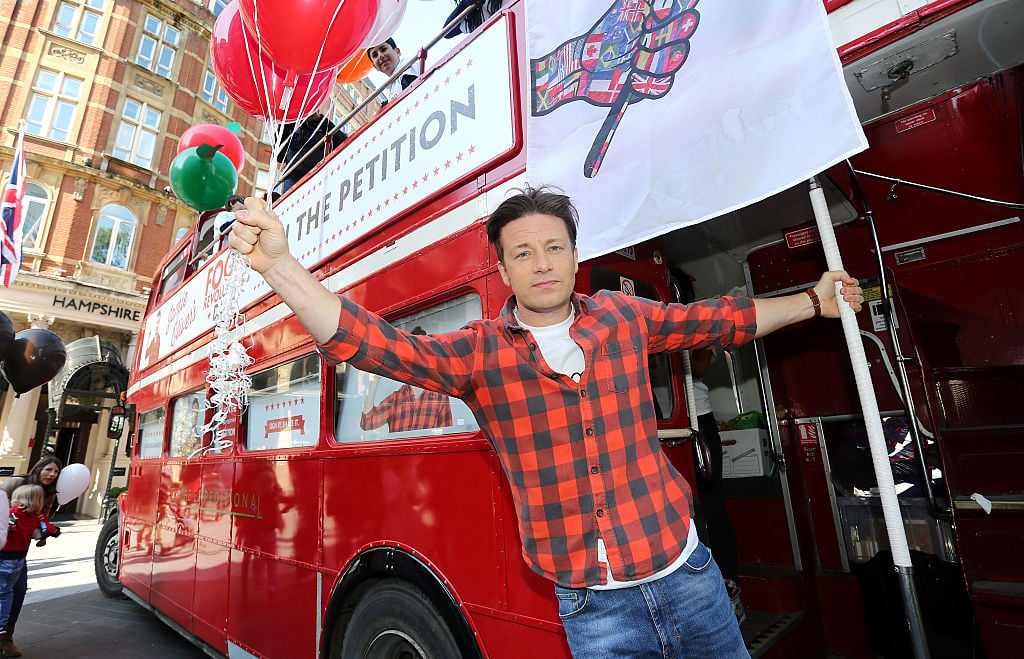 People often assume that acclaimed chef and ex-soccer player Gordon Ramsay is the richest celebrity chef in the world, but despite his successful shows, he doesn’t quite top the list. His net worth is "only" around $220 million—pretty impressive! Before becoming a chef and amassing a whopping 16 Michelin stars, Gordon Ramsay played soccer for UK team Warwickshire and even tried out for his favorite Scottish team, the Rangers.

The Nobu restaurants are some of the most famous Japanese restaurants in the world and have earned $200 million so far. Nobu’s unique twist was to introduce Peruvian ingredients to otherwise traditional Japanese fare, with his signature dish being the Black Cod in Miso. Did you know Robert De Niro is a co-owner? 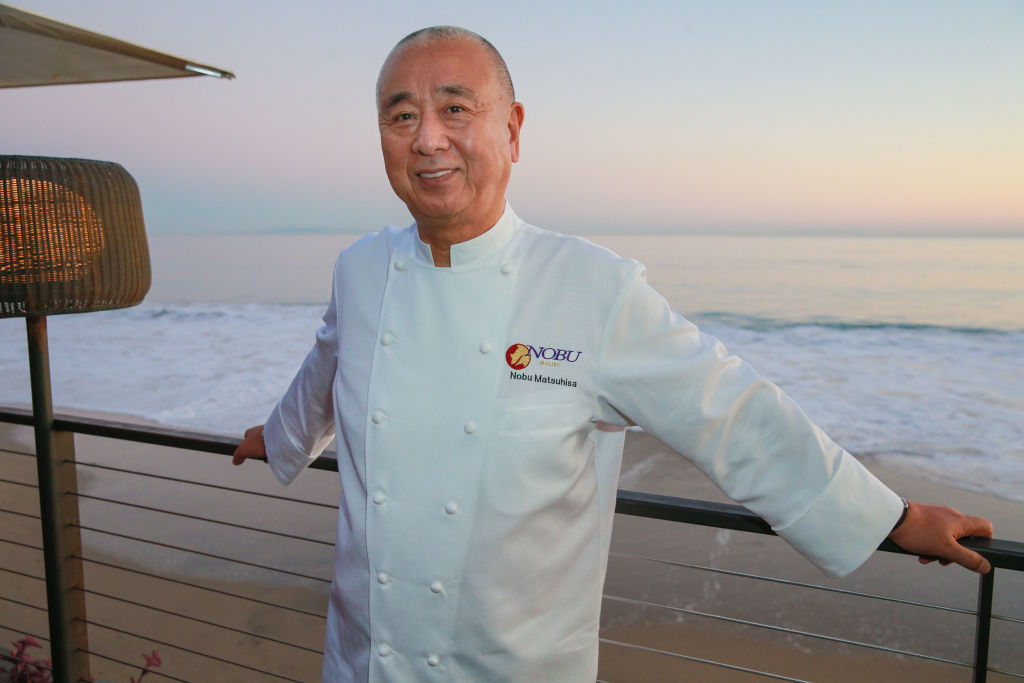 It’s no secret how Thomas Keller amasses wealth. Hungry patrons shell out $350 to $1000 each to enjoy the chef’s tasting menu at The French Laundry, his primary California restaurant. Besides cookbooks, Keller collaborated on a porcelain dinnerware set, and he’s the only American chef with multiple 3-star ratings from Michelin. Keller is currently worth around $130 million. 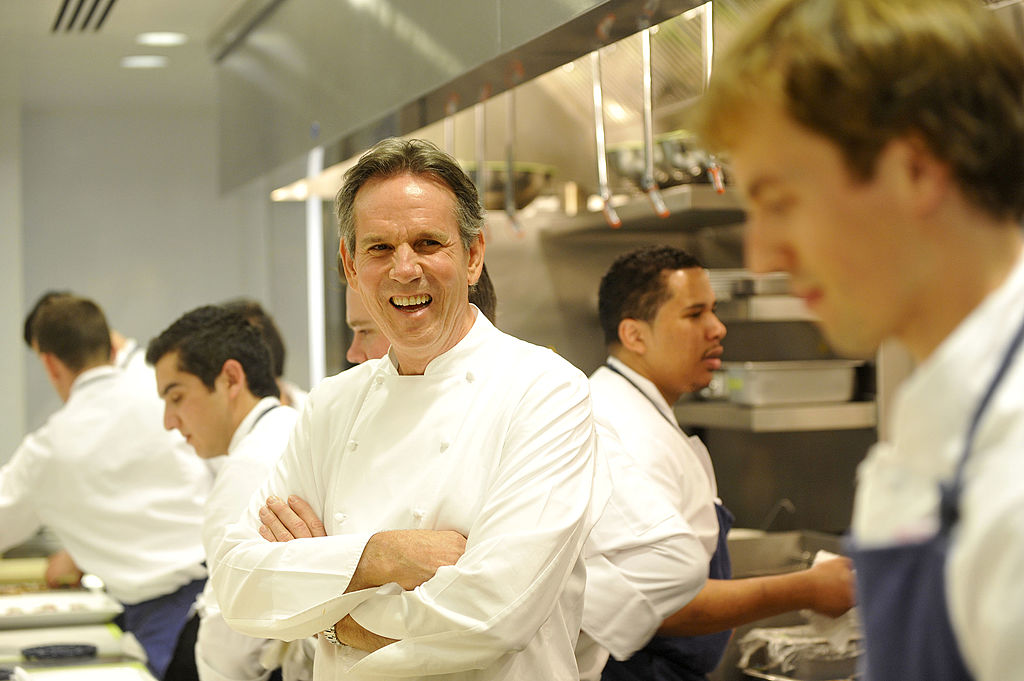 Wolfgang Puck is worth around $120 million, thanks to his empire spanning multiple restaurants, catering services, and various products from cookware to coffee. Puck has restaurants all over America, from traditional-style steakhouses and grills to Italian-themed trattorias and pizzerias. Notably, Puck’s company has catered the Oscars for almost a quarter of a century.

Did you know Rachel Ray has never owned a restaurant? By her own admission, she’s “not a chef,” but she is one of the most popular and financially successful personalities in the TV food world. 30 Minute Meals ran on Food Network for an amazing 11 seasons plus a reboot and culminated in her getting her own talk show. To date, Rachael Ray is worth around $100 million. 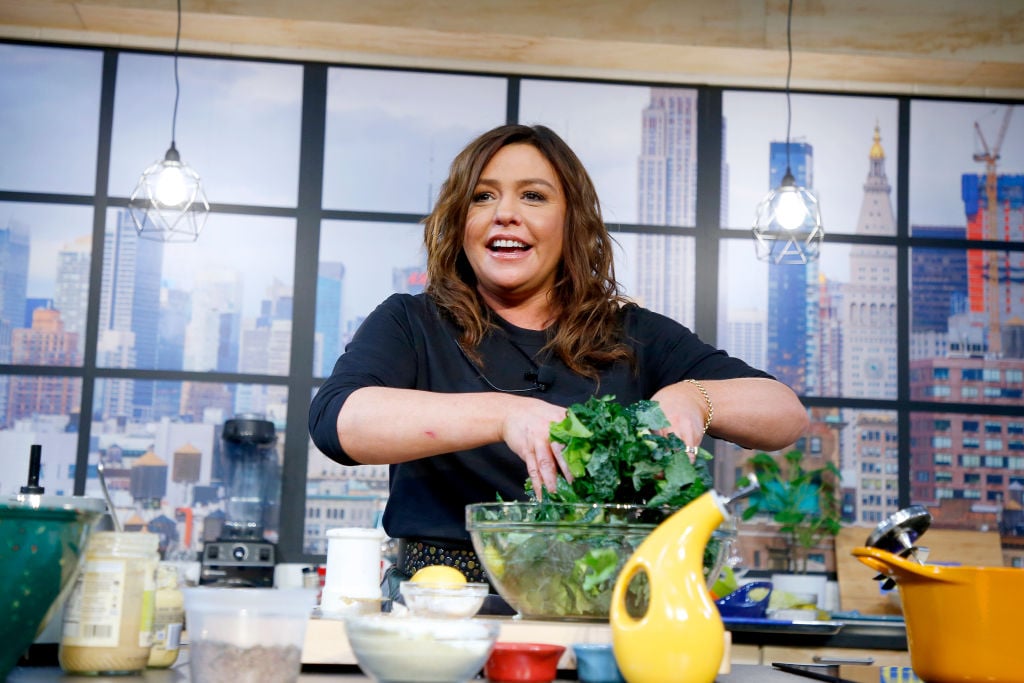 Emeril has a place in history as one of the first true celebrity chefs. His decades-long career includes starring as a master chef on various TV shows and hosting his own, plus he owns a restaurant in New Orleans and franchises many more. His role as a food correspondent on Good Morning America and ten popular cookbooks helped him amass his current worth of $70 million. 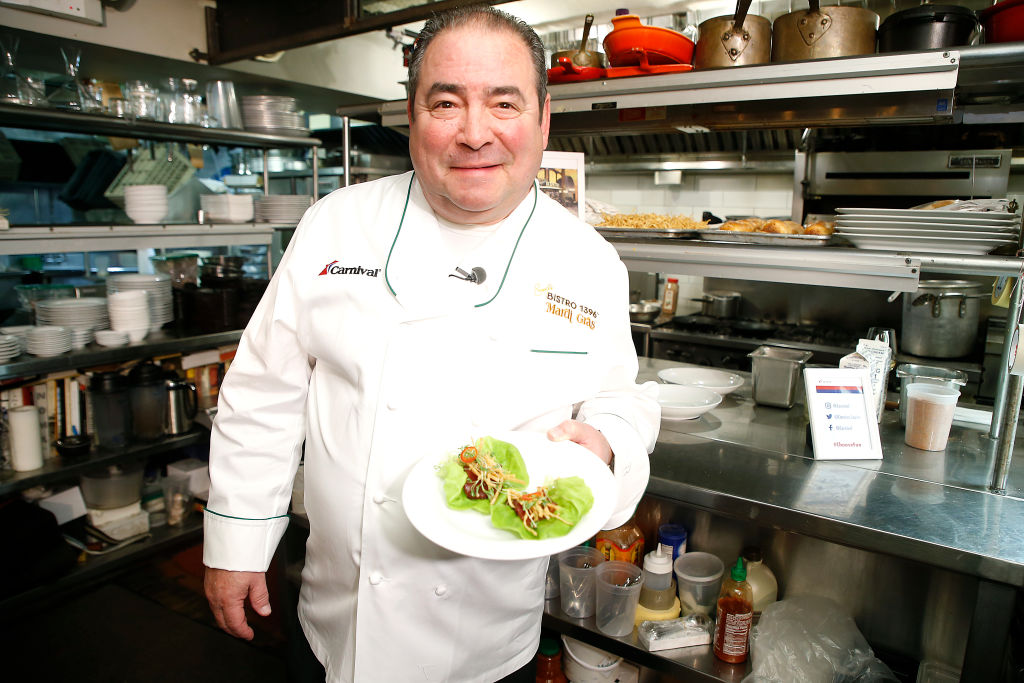 Garten’s “elegant but earthy” style has been a tremendous success since Barefoot Contessa hit the screens in 2002. The family-themed cooking show includes her husband and kids plus friends and family, and her warm, welcoming vibe garners almost a million viewers per show. With her many cookbooks, it’s no wonder Ina Garten is now one of the richest celebrity chefs, worth at least $60 million.

Not afraid to court controversy, David “No Vegetarian Options” Chang is an American chef and restaurateur with a net worth of around $60 million. His most famous venture is the Momofuku restaurant group, which includes Milk Bar, Daisho, Soto, and Momofuku Ko. Named by Time Magazine as one of the most influential people in the world, David Chang is also the creator of the popular Netflix series Ugly Delicious.

From Bobby’s Burger Palace to Bobby Flay Steak, this American celebrity chef is not afraid to put his name to something he believes in. He’s worked at all levels in the food and hospitality industry since his start in pizza parlors and Baskin-Robbins, and now he's one of the most beloved presenters on Food Network, worth around $60 million.

You know you’ve made it financially when you’re asked to be a Dragon on the hit series Dragon’s Den. Indian-born Canadian celebrity chef Vikram Vij has done just that, plus he's a successful restaurateur and author. Vij embraces the “we are all equal” philosophy inspired by Gandhi and has a “no reservations” policy. He even sells some of his popular dishes out of a food truck in Vancouver. Diversification has netted Vikram Vij a cool $50 million to date.

Pioneer Woman Ree Drummond is proof you can become a superstar from blogging. Now worth around $50 million, her blog and recipe site, tastykitchen.com, has led to 15 highly successful books and the world of television with other rich celebrity chefs, including Bobby Flay. She now has her own show and restaurant, and her family is one of the largest landowners in the United States.

José Andreas went from a culinary school in Barcelona, Spain, straight to military service, then right back to the world of cooking before coming to the United States. Today, the founder of World Central Kitchen holds two Michelin stars and runs numerous popular restaurants. Andreas is worth around $50 million.