Famously Failed: The Worst Pickup Trucks of All Time

They may be one of America's favorite vehicles, but not all trucks are created equal. For every Toyota Hilux or Volkswagon Amarok, there are a dozen cheap, rushed, or just plain bad models. From ill-conceived hybrids to cars that all but fell apart on the road, these pickup trucks are definitely ones to avoid.

If the term "luxury pickup" doesn't fill you with much confidence, you not alone. Launched in 2018 as the world's first truly premium pickup model, the Mercedes-Benz Benz X-Class immediately flopped. With a pretentious design, poor performance, and tone-deaf marketing, the X-Class was roundly mocked by car enthusiasts worldwide. Even if you can get over the hefty price tag, its small flatbed and underwhelming power mean that the X-Class just isn't worth it. No wonder Top Gear called it "meh." 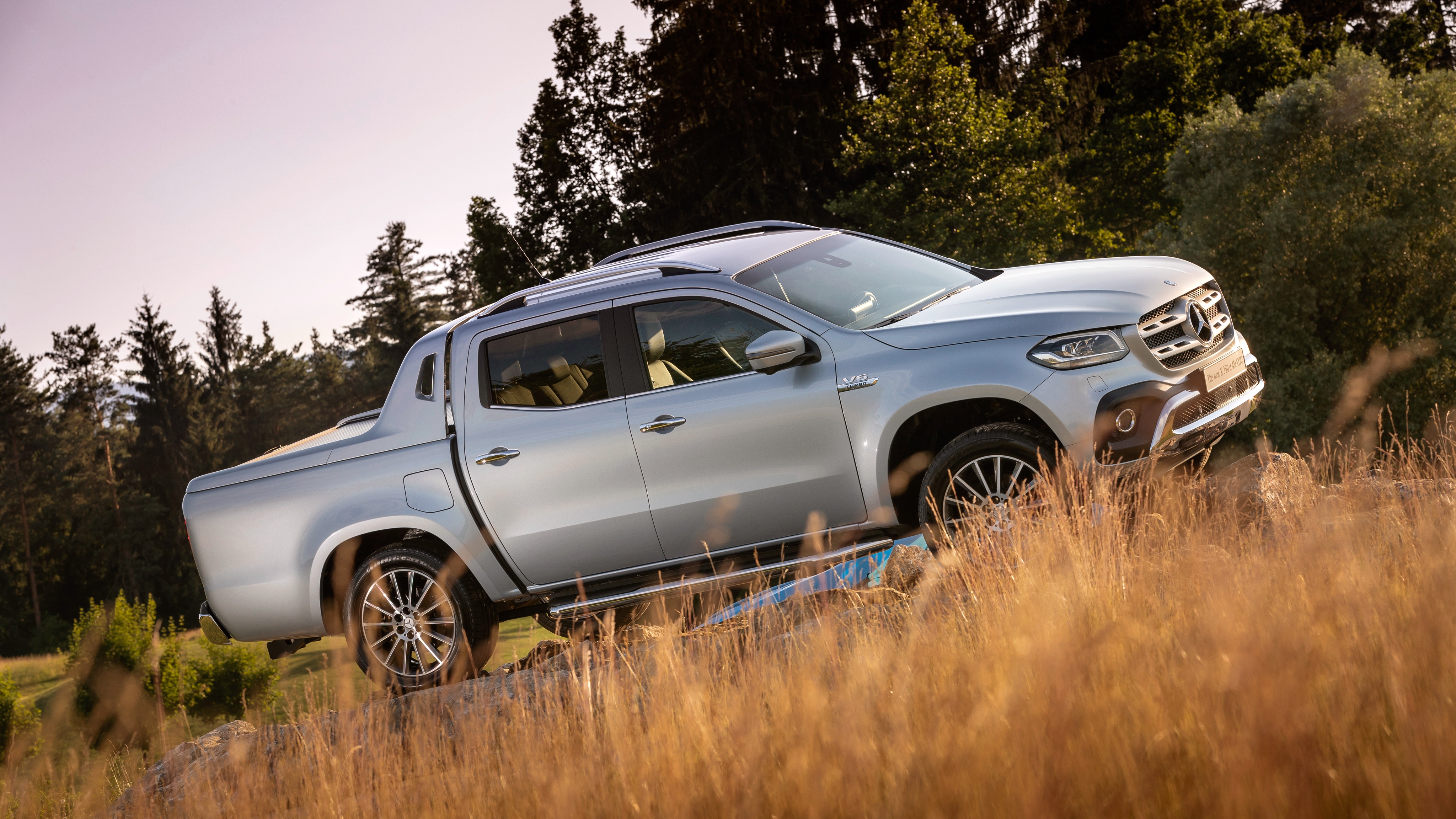 The Chevy SSR is another pickup that aimed for a luxury design but ended up falling flat. An unholy cross between a convertible and a pickup, the SSR sported a confusing retro design that simply didn't seem like it knew what it wanted to be. While its performance wasn't terrible, its small trunk space and lack of raw power made it unsuitable for most real tasks. Most consumers gave it a wide berth, leading Chevrolet to pull the model after only three years. 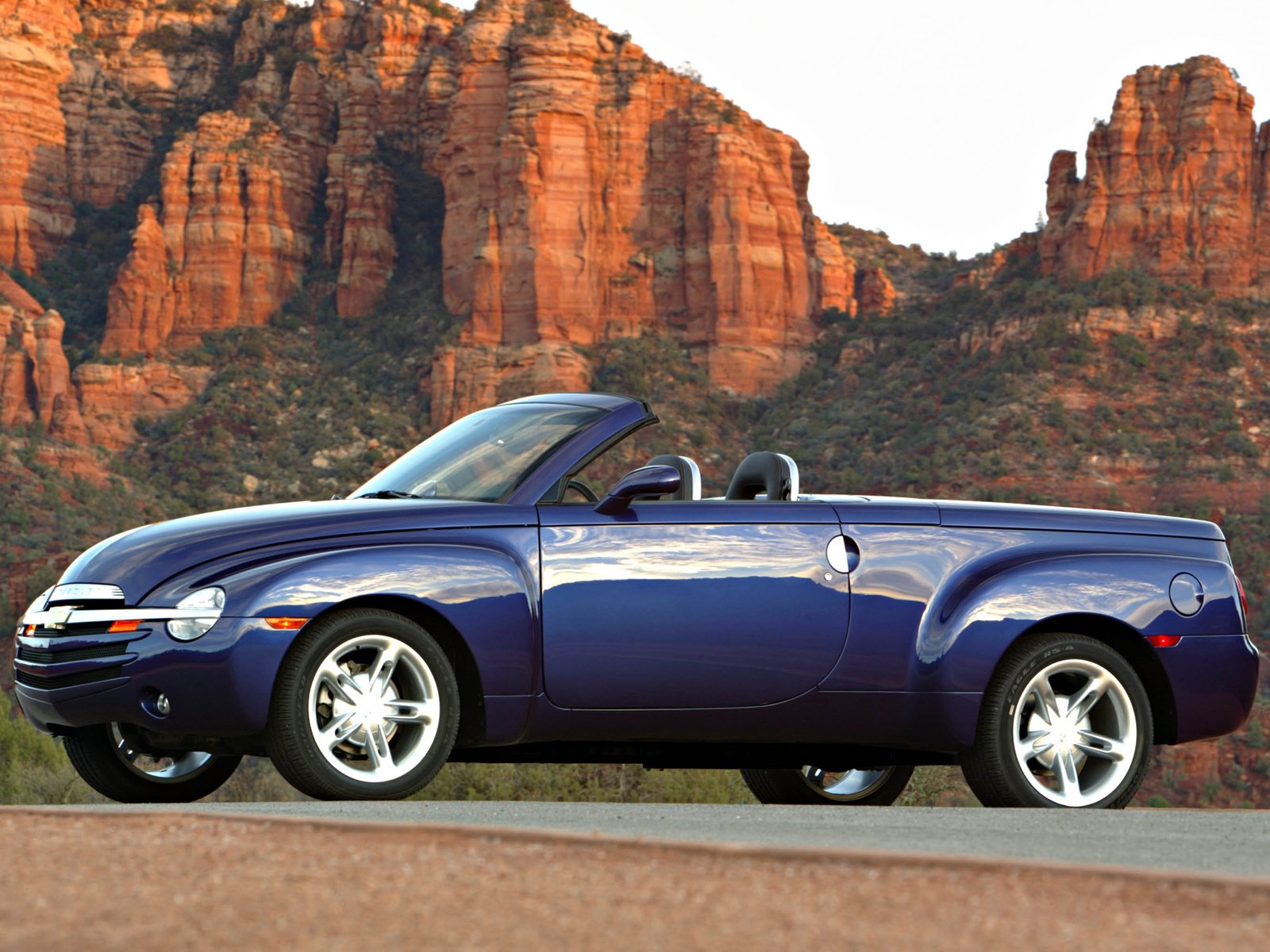 The Baja, launched in 2002, was one of Subaru's biggest-ever failures. It was praised by reviewers but failed to find its footing with consumers, selling a meager 30,000 units in the four years it was on the market — this, in comparison to the 25,000 units per year that Subaru estimated upon launch. With a mediocre 2.5-liter engine and terrible Top Gear review, the Baja was removed from production in 2006 and remains a black mark in Subaru's history. 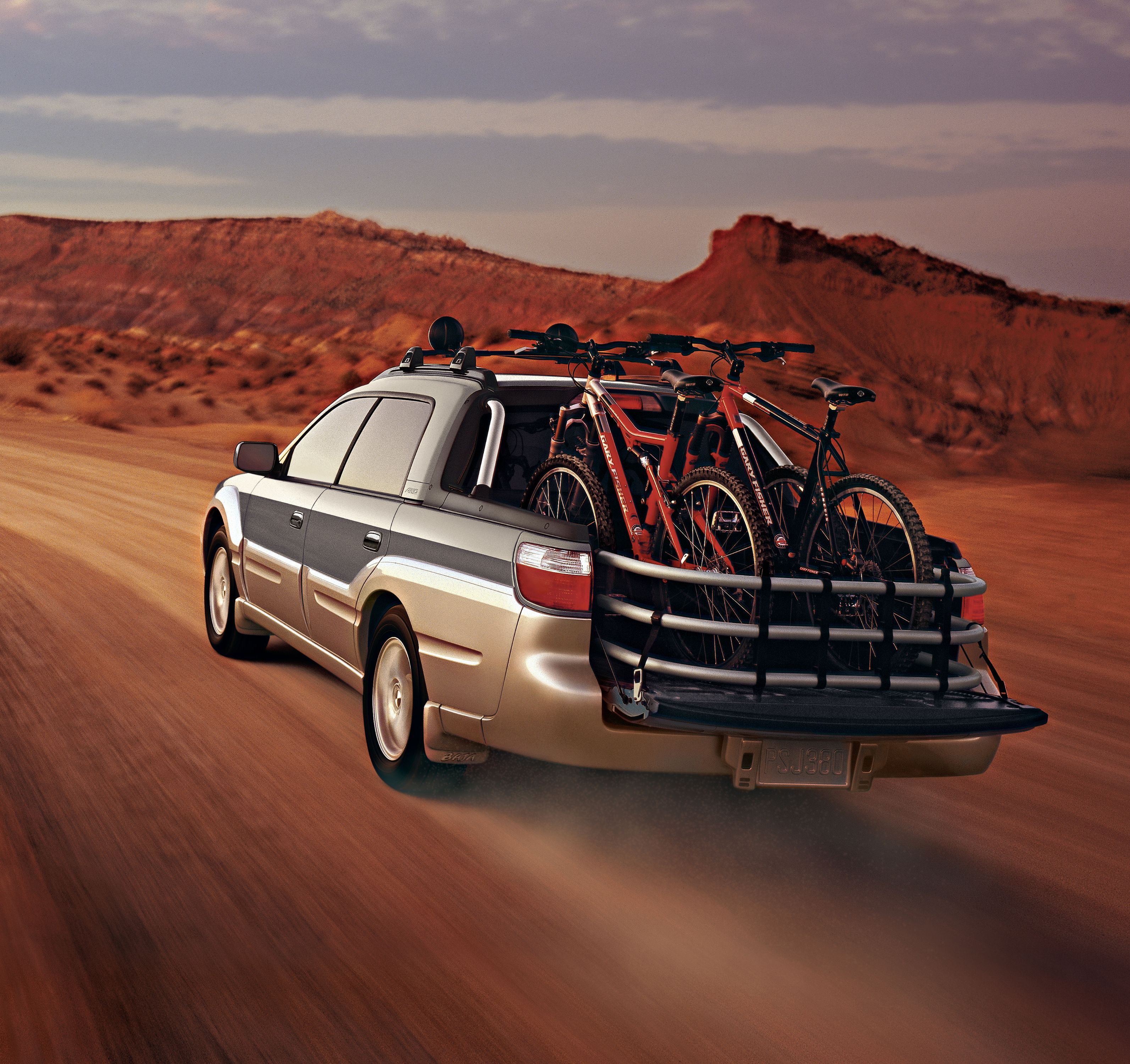 With its bulky frame, the 2006 Honda Ridgeline could easily fool you into thinking it has way more power than it does. Soon after release, the model was slammed by reports of issues with its brakes, engine, and suspension, as well as frequent breakdowns and general unreliability. Despite the four years of research and design that went into making it, the 2006 Ridgeline was a certified flop, with many Honda fans calling one of the worst cars the company ever made. 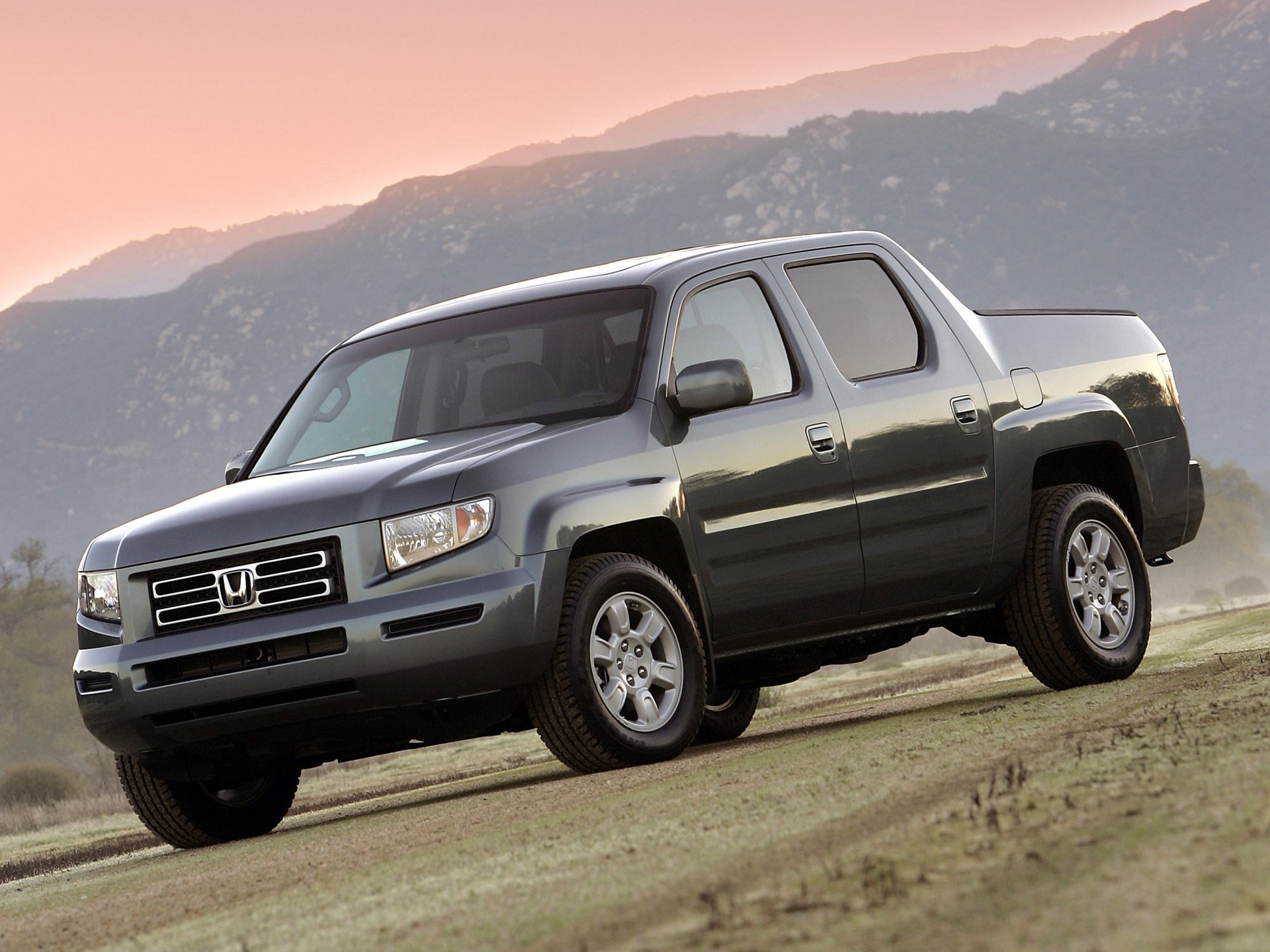 During the twelve years, it was in production, the Chevy Avalanche suffered a seemingly endless stream of problems. Transmission failures, speedometer malfunction, and excessive oil consumption were the most prominent; as soon as one issue was fixed, another one appeared. No matter what it did, Chevrolet couldn't seem to get this one right, and the Avalanche was eventually discontinued in 2013. 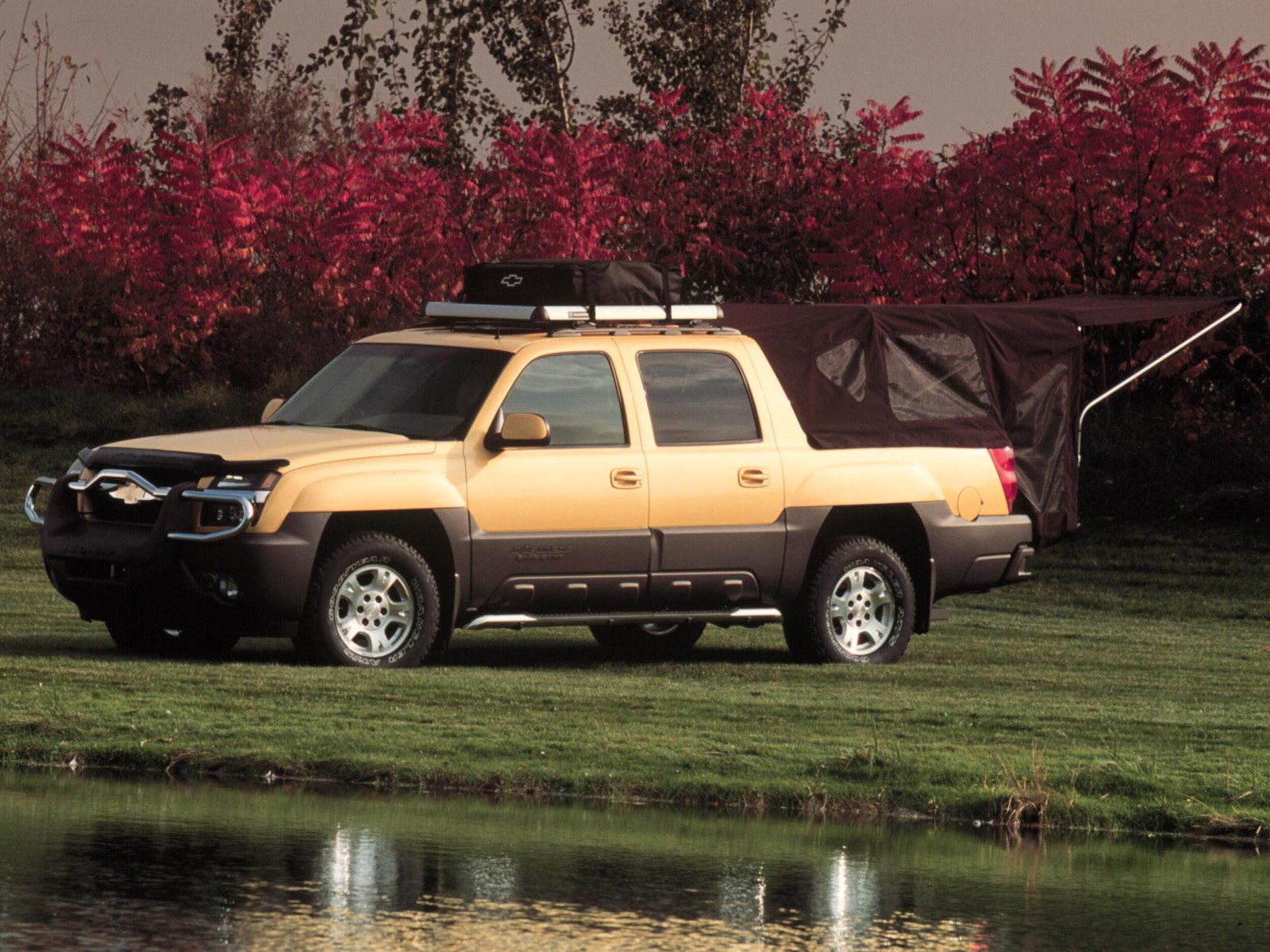 The GMC Sierra was rushed into production, and it shows. No sooner had it left the production line than its many problems were revealed. The door handles broke off, the fuel sensor and engine lights didn't work, the ABS pump wouldn't turn off, and the coolant and oil needed to be changed way more frequently than other models. Overall, this was a cheaply built car that barely even bothered to hide its flaws. 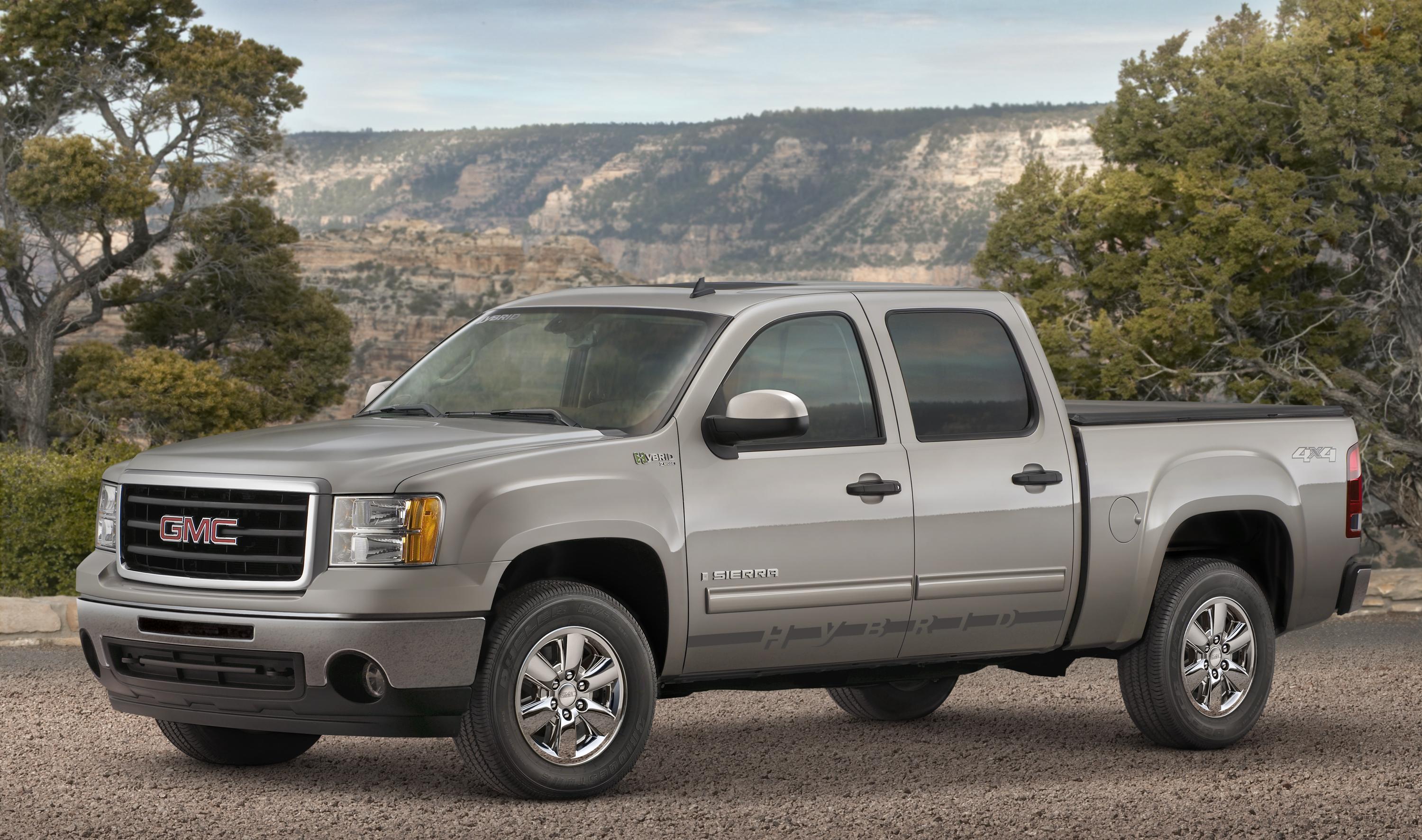 Another attempt by a luxury manufacturer to enter the pickup truck market, the 2002 Lincoln Blackwood, quickly became a joke among pickup enthusiasts. The whole thing was too small — especially the bed, which Lincoln unwisely decided to design as a trunk. With decent speed and handling but lacking in durability and hauling power, the Blackwood took three years to sell out before Lincoln retreated to their niche making luxury town cars. 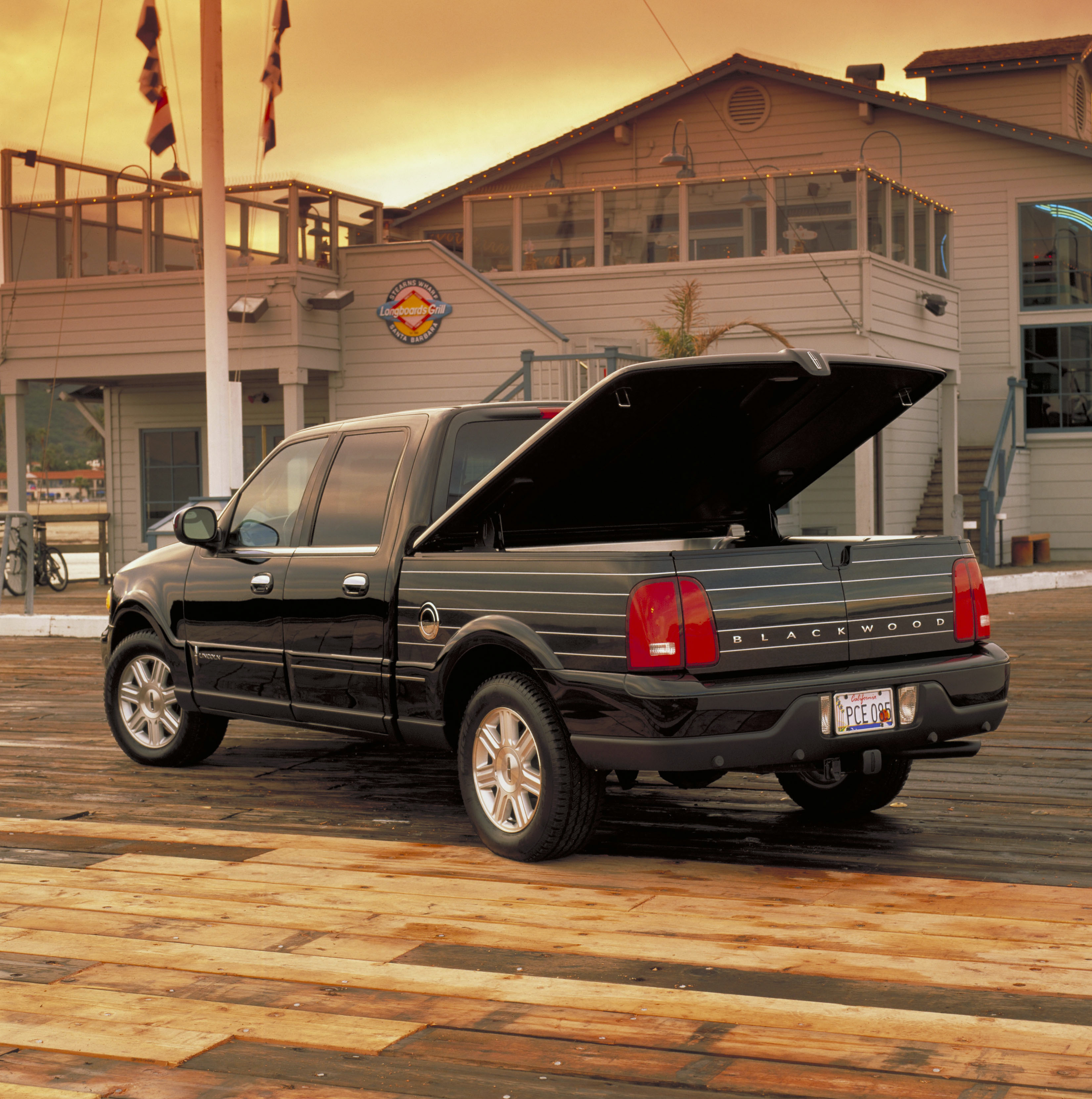 Another car that suffered from being rushed into production, the 2005 Dodge Ram Daytona, quickly gained a reputation for being one of the most useless pickup trucks ever designed. That sounds harsh, but it wasn't entirely unwarranted — Dodge completely ruined the Daytona's large bed with a non-removable rear wing. Unfortunately, its legacy has become yet another cautionary tale about prioritizing looks over performance. 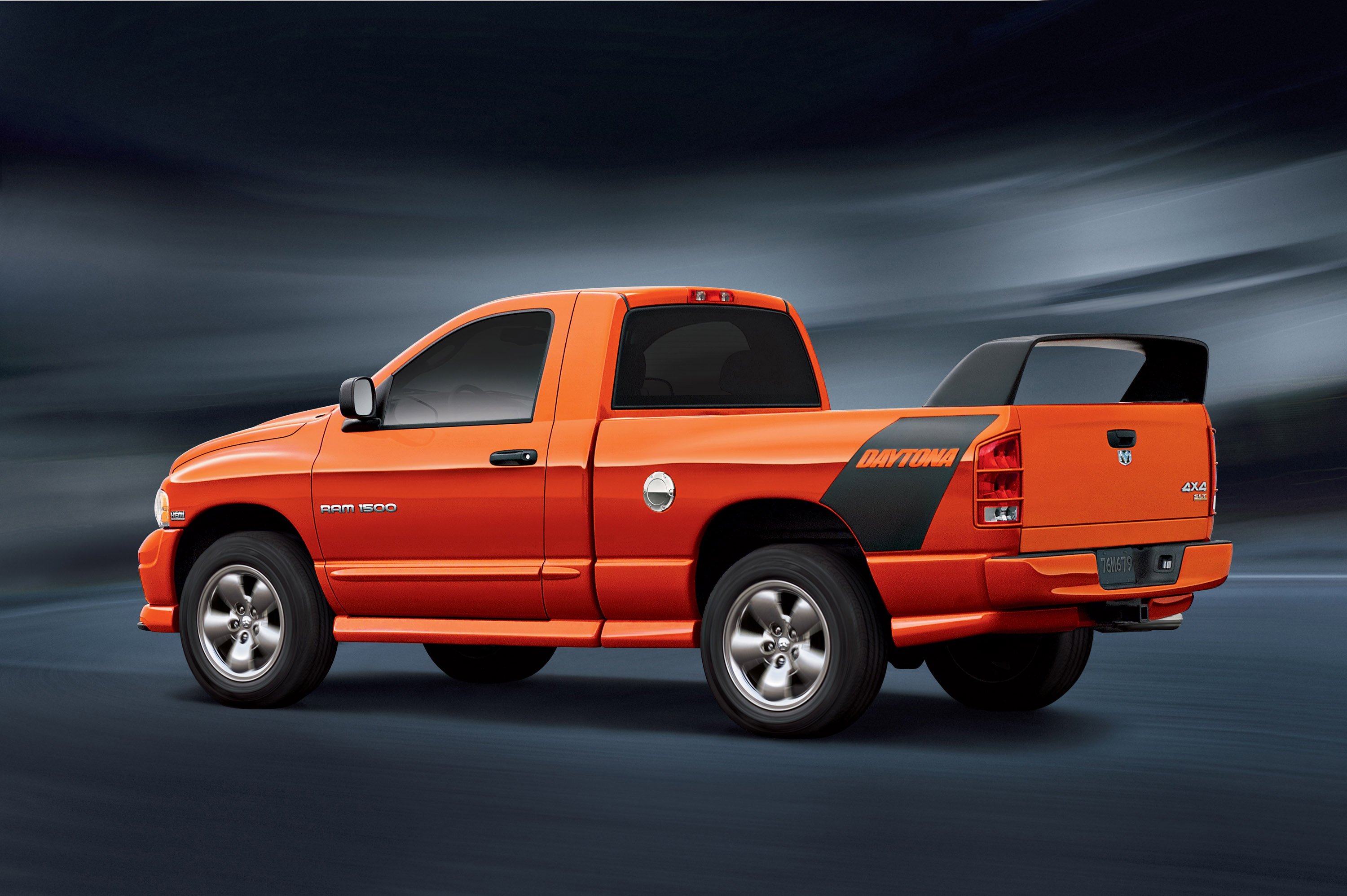 Unfortunately, this one wasn't just a mirage. An early hybrid pickup truck failure, the Cadillac Mirage simply tried to be too many things at once. The model fell somewhere between a coupe and a pickup truck and did neither well; in fact, it was reportedly so unpopular that Cadillac only ever built a few hundred of them. 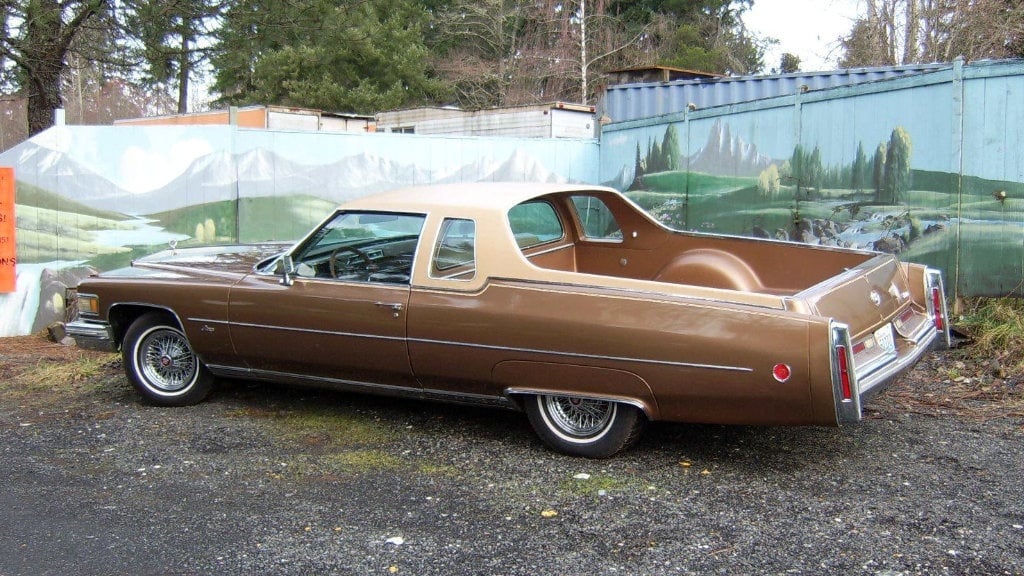 Is any vehicle a more iconic reminder of the aughts than a Hummer? Probably not, but that doesn't mean the Hummer H2 SUT was any good. From its tiny bed to its lackluster hauling power, the H2 was a failure from start to finish. Famously, one customer got so mad at the dealership that sold him the car that he set it on fire! Now, that's one seriously bad pickup truck. 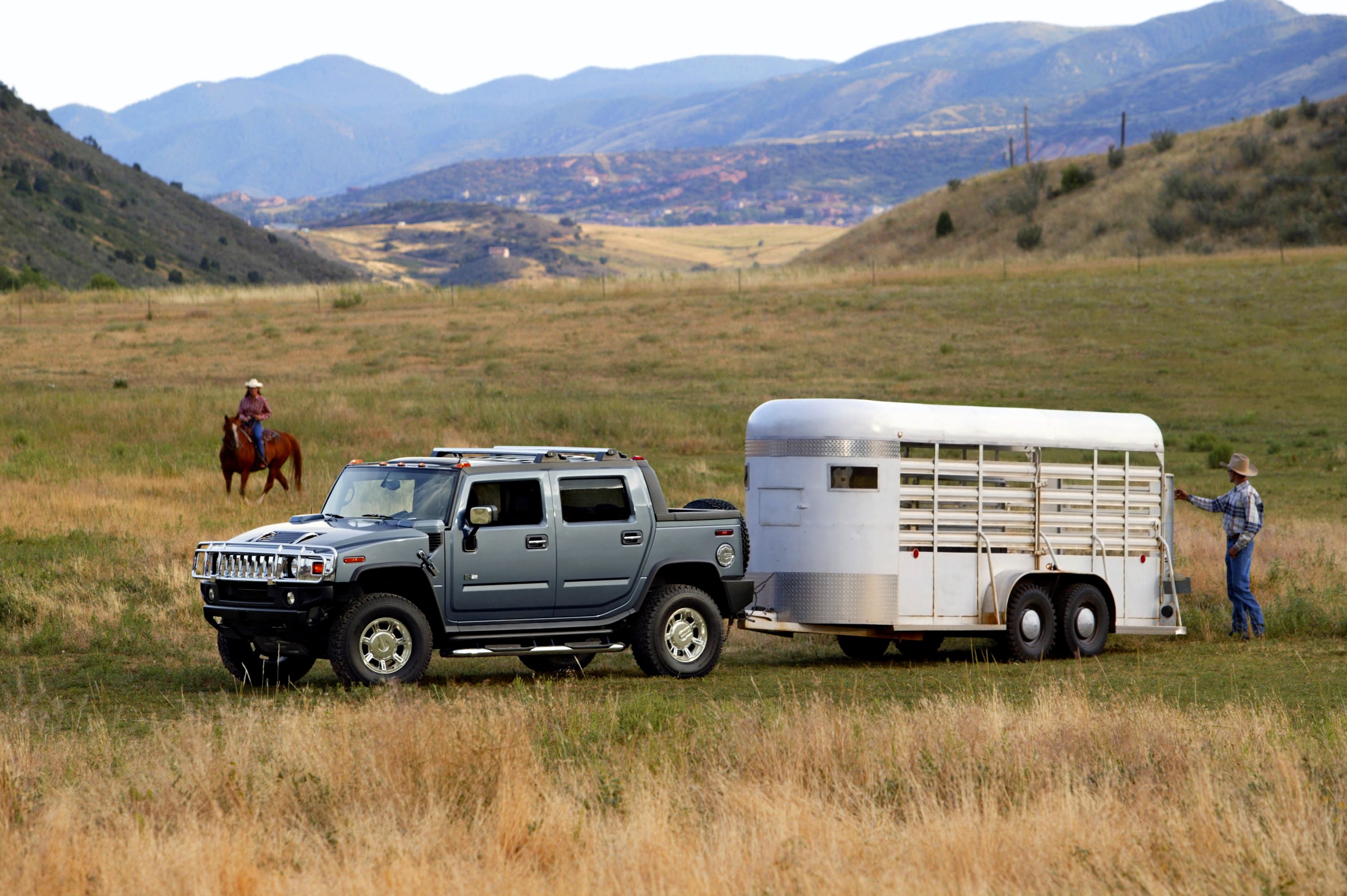