Celebrity Arrests and Brushes With the Law

Celebrities are just like everyone else, and few incidents prove this notion better than a run-in with the law. Once booked, a celebrity's arrest is a matter of public record. Other personalities broke the law before finding fame, only to have their records resurface. From politically motivated offenses to serious crimes, some of the most beloved stars today have had surprising encounters with the law.

From "The Departed" to "The Italian Job," Mark Wahlberg is pretty convincing in some of his most aggressive roles. Maybe that's because the Oscar-nominated actor was once a teenage gang member in Dorchester, Massachusetts. When he was only 16 years old, Wahlberg was charged with attempted murder after severely beating a man and yelling racial slurs during a botched robbery attempt. He pled guilty to assault and served 45 days of a two-year sentence in jail. The reformed star currently devotes his time to charitable causes, including The Mark Wahlberg Youth Foundation for at-risk teens. 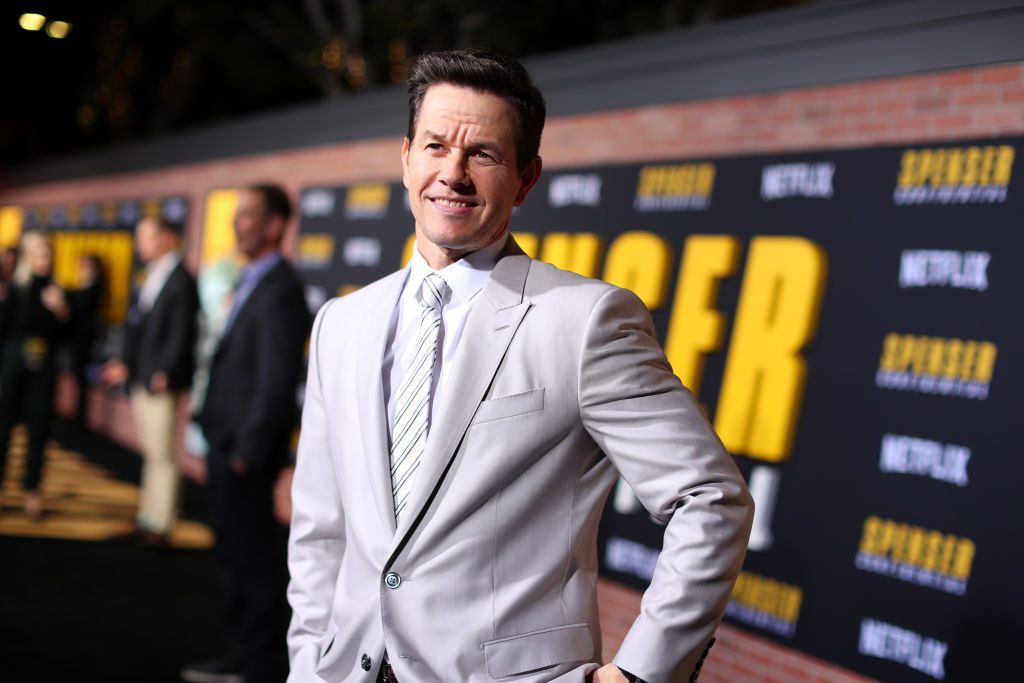 Controversial radio show host Alex Jones stirred up some trouble for himself in early 2020. Just after midnight on March 10, the Austin Police Department booked Jones for driving while intoxicated. The far-right conspiracy theorist insists that his blood-alcohol level was below the legal limit, but police reports indicate his abilities were severely impaired. The arrest wasn't his first brush with the law. In 2019, a judge sanctioned Jones for threatening lawyers prosecuting a defamation lawsuit against him. 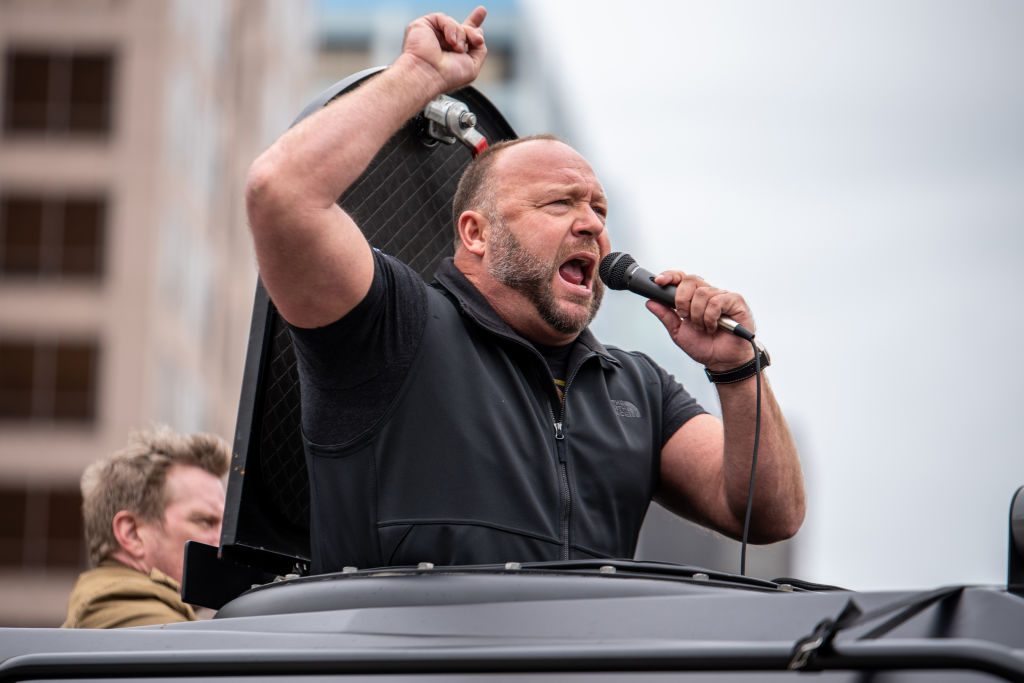 Shailene Woodley is best known for her lead role on HBO's "Big Little Lies." The Emmy-nominated actress was truthful about her 2016 arrest, however, in a statement to Time Magazine concerning the incident. Woodley was in North Dakota to protest the construction of the Dakota Access Pipeline. The actress and 26 other protestors were booked into the Morton County jail on October 10 for trespassing and engaging in a riot. Woodley live-streamed her arrest on social media, using the publicity to call attention to Indigenous nations' causes. 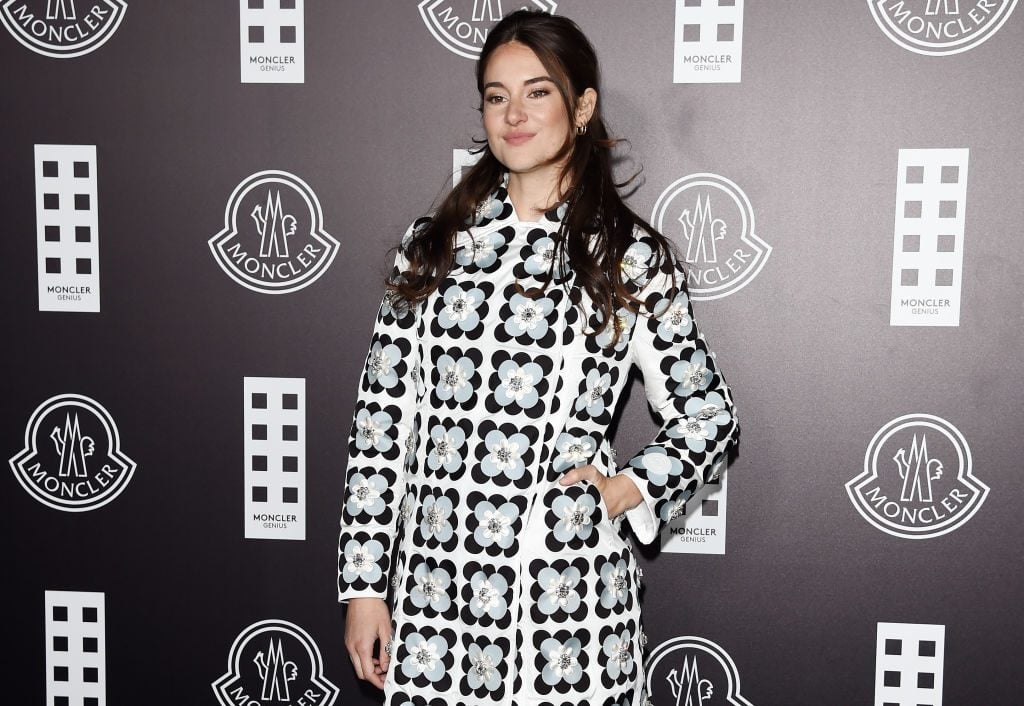 Woody Harrelson has a wide range when it comes to his television and film roles. The gifted actor also has an intriguing arrest history that may have contributed to his thrilling performances. In 1982, the soon-to-be-famous star found himself under arrest for disturbing the peace, allegedly dancing in the middle of the street, blocking traffic, and resisting arrest. Harrelson paid a fine and walked free, but was arrested again in 1996 for illegally cultivating marijuana and for his involvement in a 2002 police chase in London. The courts dismissed both cases. 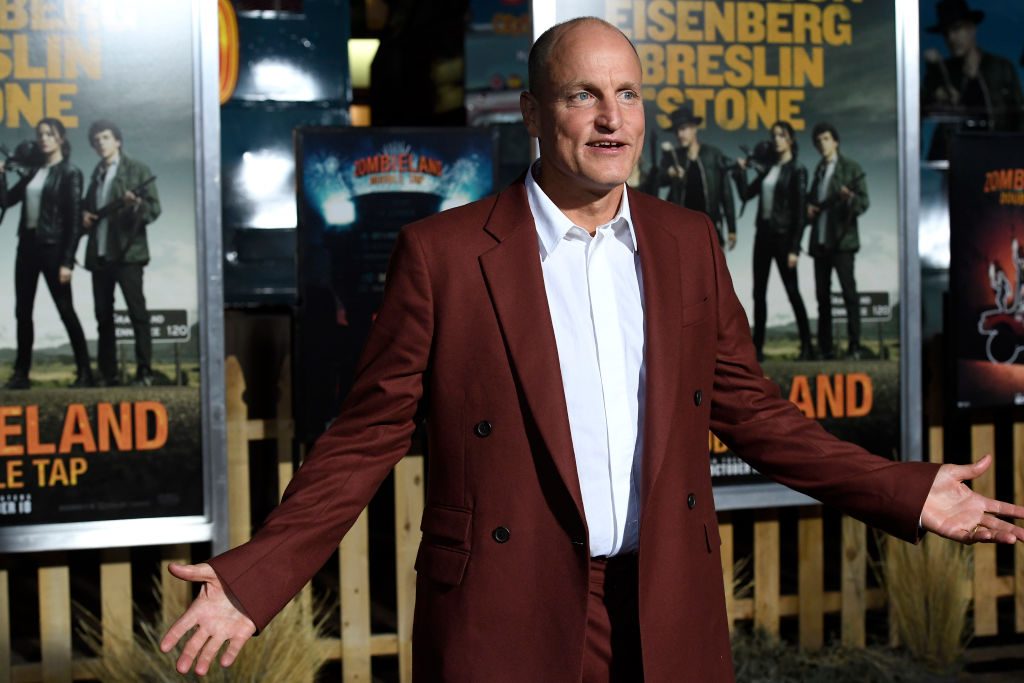 Singer, songwriter, actress, and model Nicki Minaj is one of the most influential female rap artists of all time, with a long list of awards and accolades to her name. In 2003, however, NYPD arrested and booked the 20-year-old for criminal possession of a weapon with intent to use. Minaj acknowledged later in her career that her upbringing was violent and undisciplined, and confessed to being fired from a total of 15 jobs. 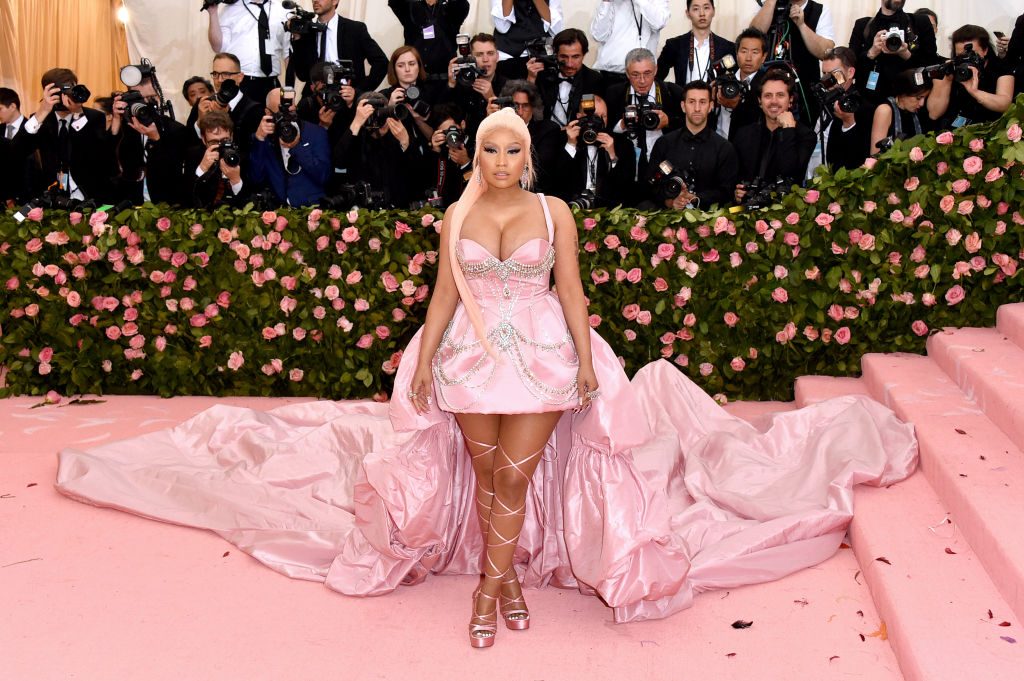 From Tim "The Tool Man" Taylor to Buzz Lightyear, Tim Allen is the voice of some of Hollywood's most beloved characters. His career was almost over before it started, however, once he began dealing drugs while attending Western Michigan University. Two years after graduating with a degree in television and radio production, Allen attempted to sell 1 1/2 pounds of cocaine to an undercover officer. He spent two years in federal prison, where he perfected his stand-up comedy routine by coaxing laughter from the most hardened criminals and guards. 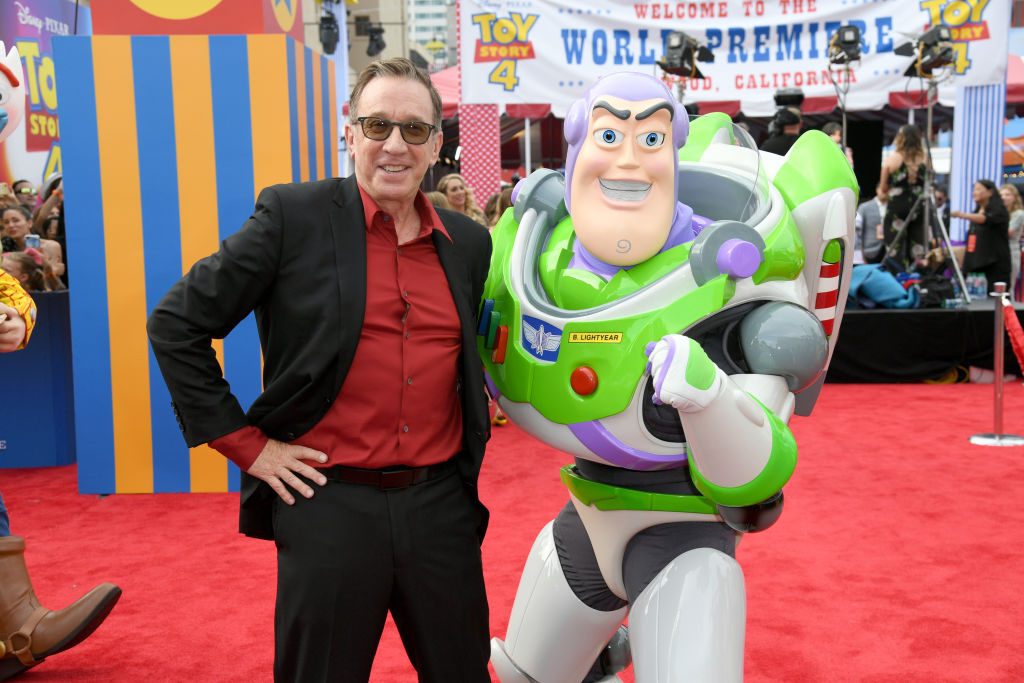 Bruno Mars was one of the music industry's premier songwriters when he broke into the mainstream in 2010. His debut album achieved massive success after its release in October, but an arrest the month before humbled the budding star. Mars was at the Hard Rock Hotel in Las Vegas when security officials confronted him in a restroom. Police arrived and arrested the musician after they found narcotics, charging him with felony drug possession. The charges were later dropped, and Mars vowed to work harder at success. 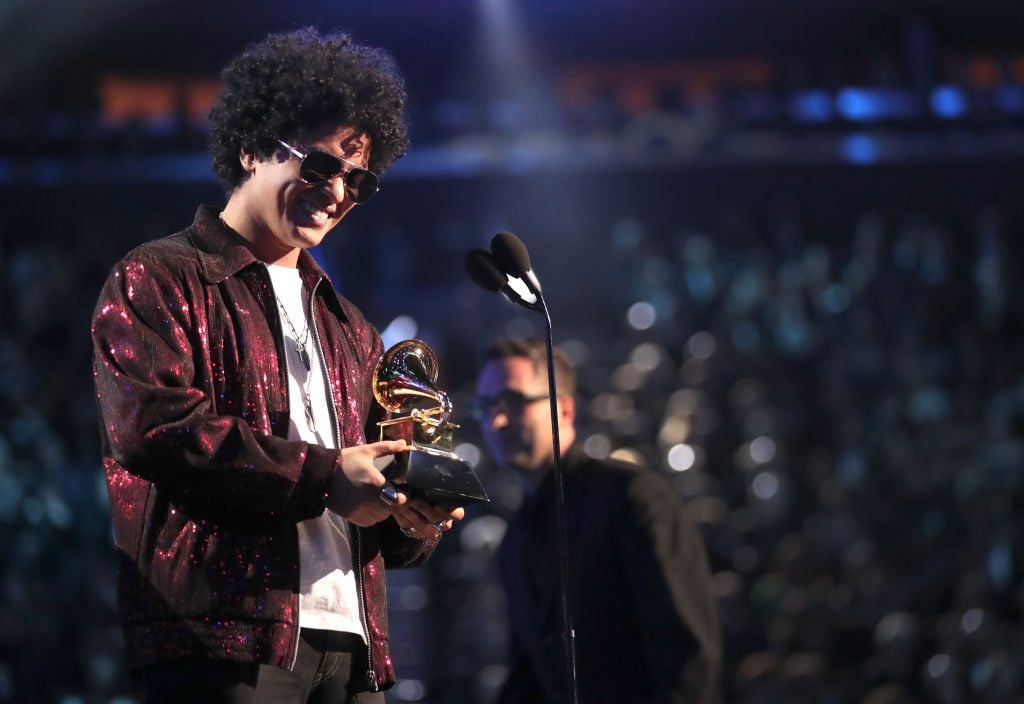 "Stranger Things" star Winona Ryder is a respected media darling. It's easy to forget that in 2001, the actress stood accusations of grand theft and vandalism. Store clerks claimed that Ryder shoplifted about $5,000 worth of merchandise from a Saks Fifth Avenue in Beverly Hills. The news made national headlines, prompting a grassroots campaign to "Free Winona." Despite her not guilty plea, Ryder received a conviction and three years of probation. The actress has since turned her life around. 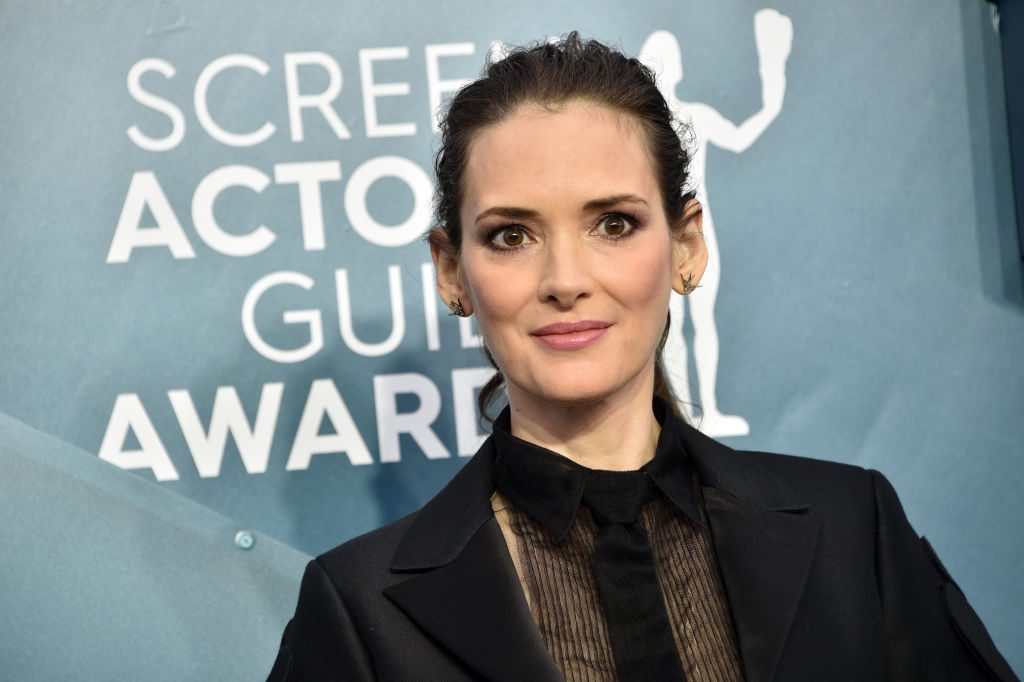 Funnyman Alec Baldwin recently experienced a career renaissance with his Emmy-winning depiction of President Donald Trump on "Saturday Night Live." In 2018, the actor made news when he allegedly punched a man over a parking spot, and officers arrested him for assault and harassment. The actor faced similar charges in 2014 when he became belligerent with a police officer, and in 1995 after assaulting a photographer. Baldwin has been honest about his struggles with addiction and anger in the past. Nowadays, he is an advocate for PETA and a contributor to community theater organizations. 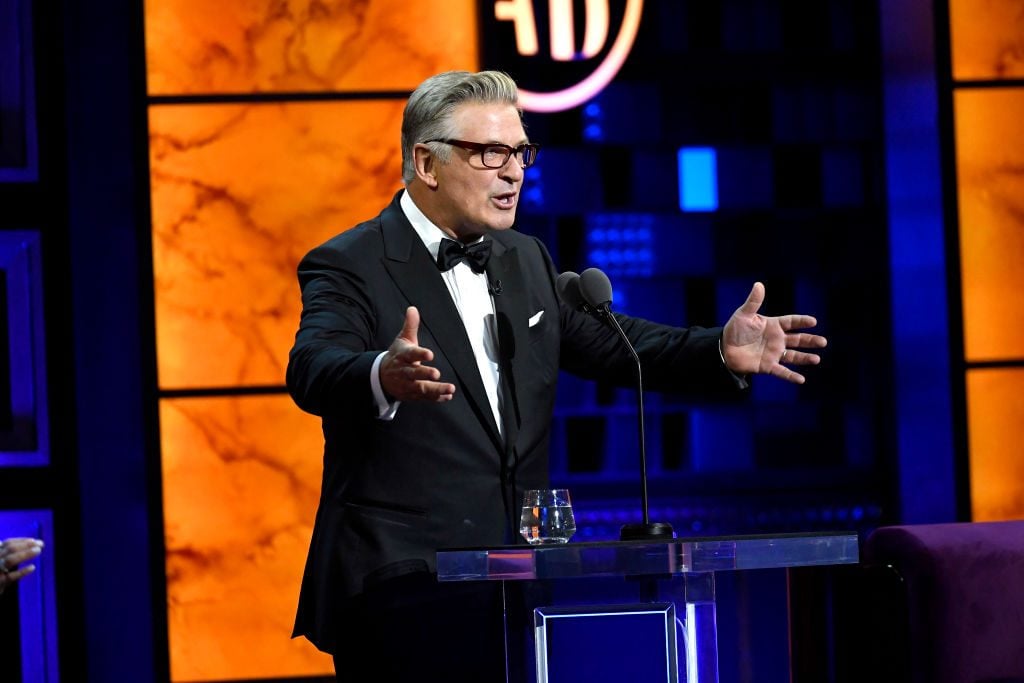 Bronx Rapper Cardi B soared to fame in 2017 after a two-year stint on a VH-1 reality television show. The star has been honest about her past as a stripper, but accusations of assault and harassment surfaced in 2018. Cardi B allegedly ordered an attack on bartenders at a strip club in Queens. She surrendered to NYPD shortly afterward, pleading not guilty, but federal prosecutors later dropped the charges. These days, Cardi B is lending her voice to civil rights activism on social media. 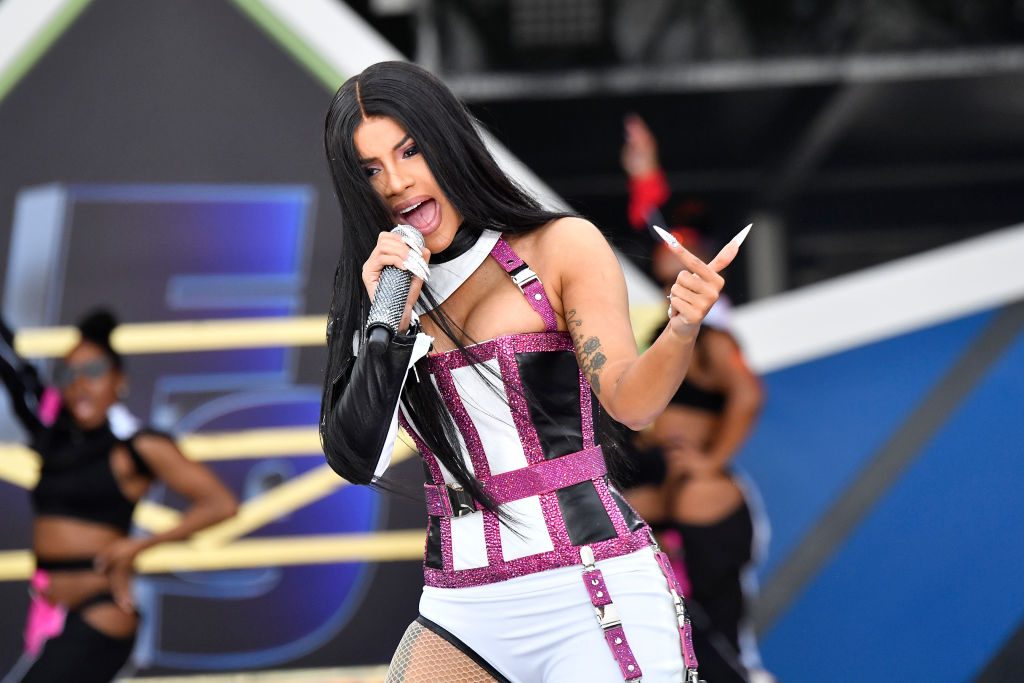