Can You Freeze Sour Cream?

A common kitchen conundrum: you have a big old tub of sour cream sitting in your fridge that you only used a tiny portion of for a recipe, and now you’re stuck with it! If you’re not sure what to do with the rest of this perfectly good food product before it expires, the solution is easy-freezy -- look no further than your freezer! That said, will your sour cream be exactly the same when thawed as it was before it was frozen? Not exactly! But whether or not that matters depends on how you intend to use the sour cream.

What happens to sour cream when it’s frozen?

The good news is when you freeze sour cream, its flavor is not affected -- it will taste the same when you thaw it as before you ever froze it. The not-so-good news is, freezing sour cream does completely change its texture in a not-so-pleasant way. When frozen and thawed, the cream separates and takes on a clumpy cottage cheese-like consistency. It's perfectly fine to use, but sadly the texture you're expecting won’t be there anymore. It’s also important to bear in mind that the higher the fat content of the sour cream, the better it will freeze. 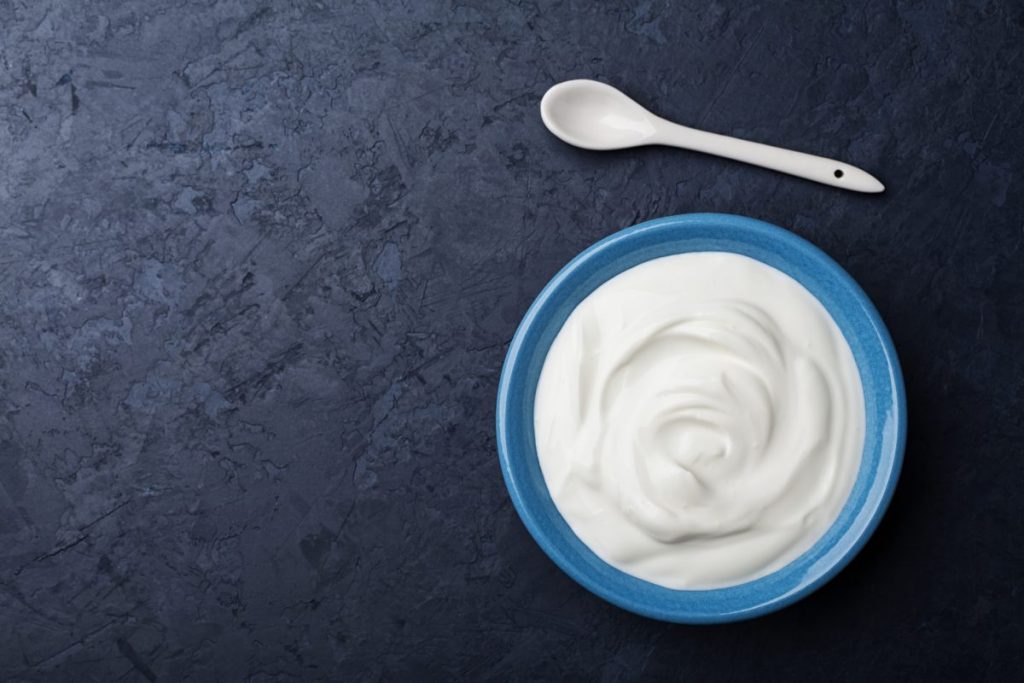 Can I freeze a recipe that contains sour cream?

Absolutely. The sour cream incorporated into an already-cooked dish, such as cream of chicken soup or potato casserole, freezes up just fine. In fact, you don’t even have to cook the recipe first. You can prepare the dish, freeze it, then thaw it when you’re ready to cook it. The freezing and thawing process won’t noticeably alter the taste or texture of the recipe. 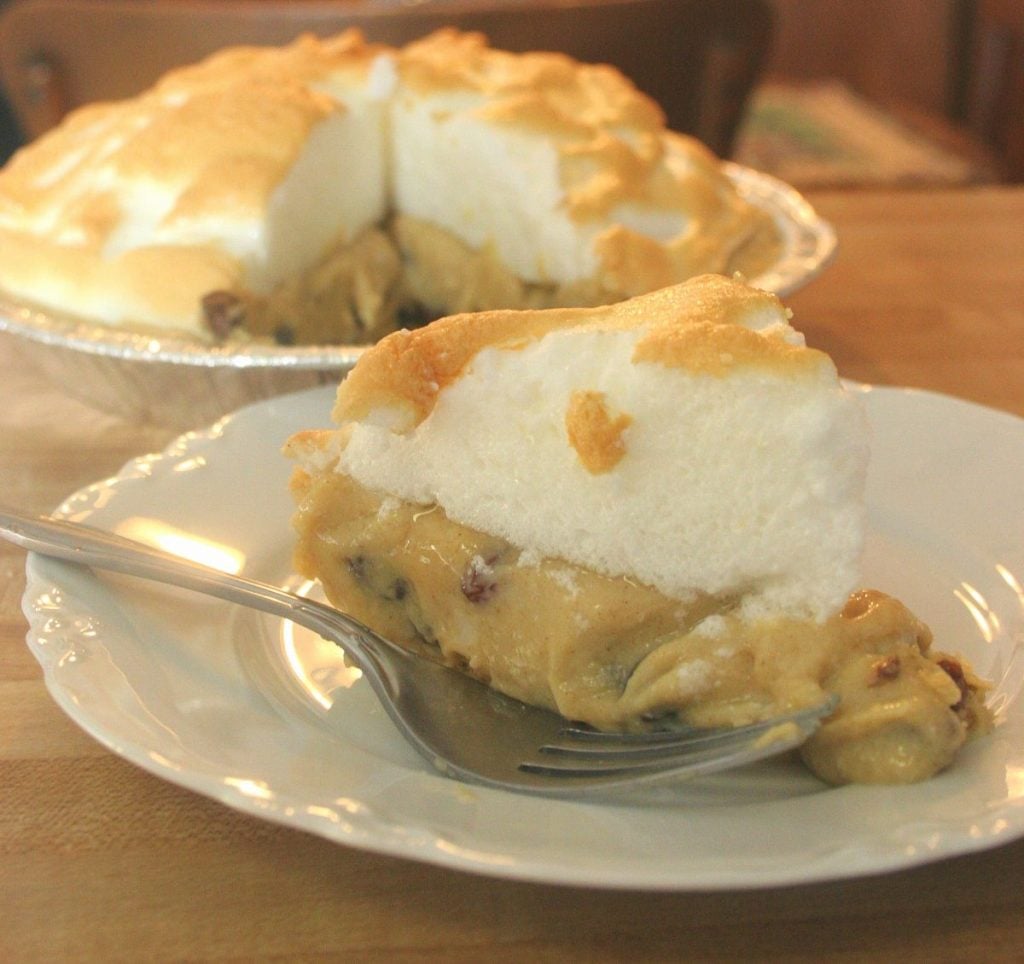 How is sour cream made, exactly?

Sour cream is the result of adding lactic acid, a type of bacteria which is produced during fermentation, to sweet cream. The acid then sours and eventually thickens up the cream. Originally invented by the Mongols many centuries ago, sour cream has stood the test of time and is still a kitchen staple today as an ingredient in a number of recipes, including dips and garnishes, that require a touch of zingy tartness. For products labeled as real sour cream, the Food and Drug Administration requires that the content of butterfat be no less than 18%. However, light sour cream, made from half-and-half, and nonfat varieties are also available as healthier alternatives. 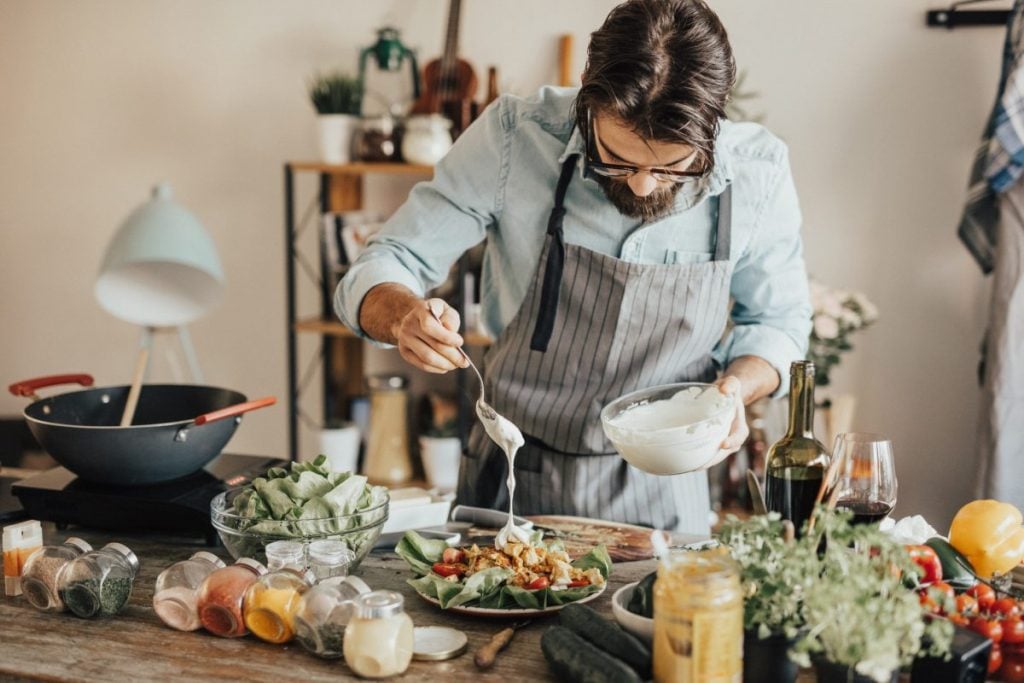 How do you freeze an opened container of sour cream?

Here’s how you make your opened sour cream freezer-ready: 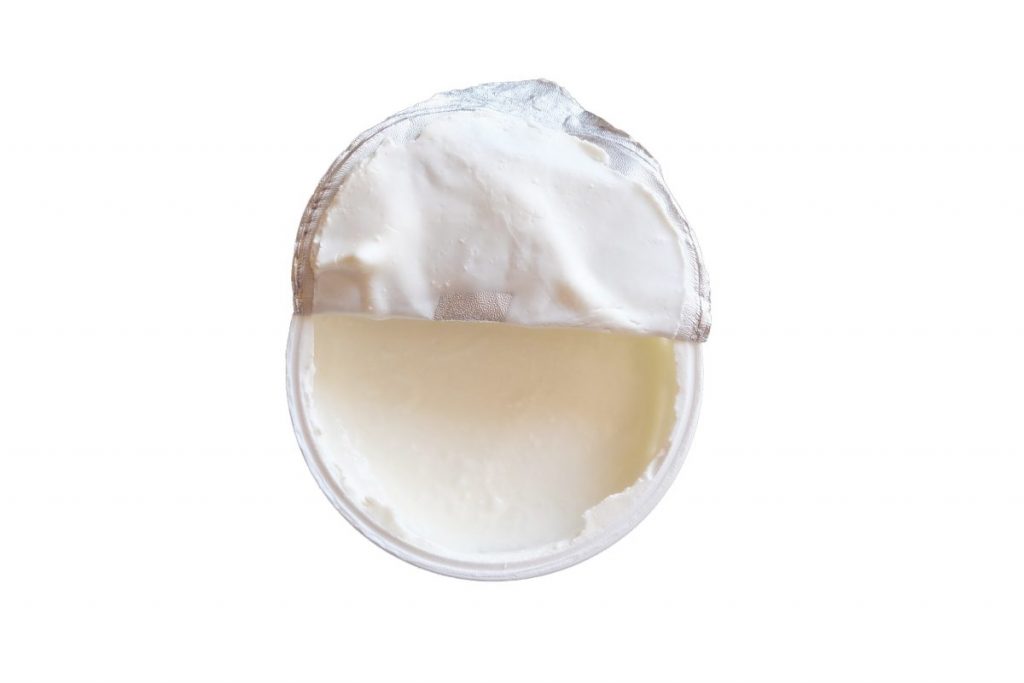 How do you freeze an unopened container of sour cream?

If you’ve bought sour cream and don’t plan on using it right away, it’s actually better if you don’t open it before you freeze it! Keeping the container factory sealed will increase its shelf life in the freezer because the sour cream won’t come in contact with other moisture particles. All you need to do is write the current date on the unopened container and pop it in the freezer, and leave it there until you’re ready to thaw and use it. 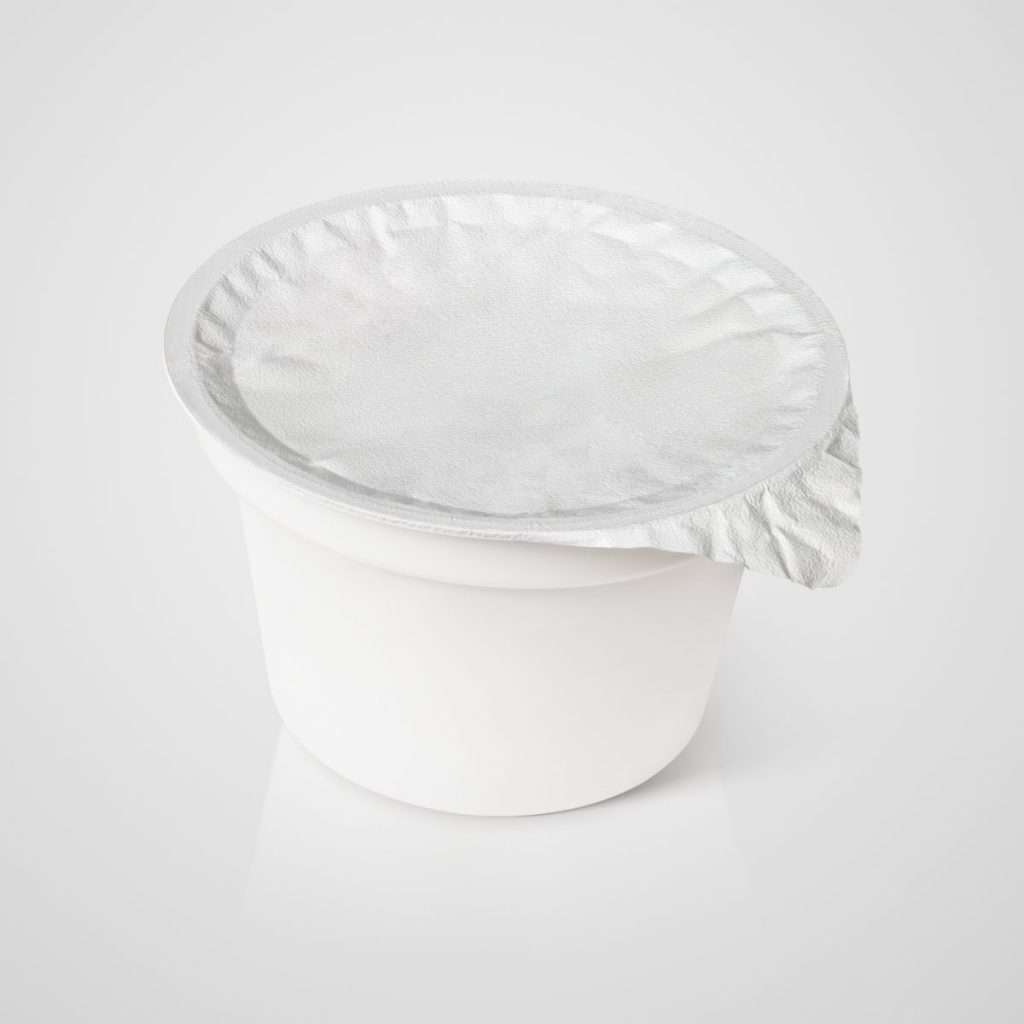 How long can I keep sour cream in the freezer?

Although most manufacturers recommend against freezing sour cream because of the irreversible change to its texture, sources say your sour cream can safely stay in the freezer for up to six months -- that’s half a year! This is why it’s important to label the container with the date you put it in the freezer, just to remind yourself. 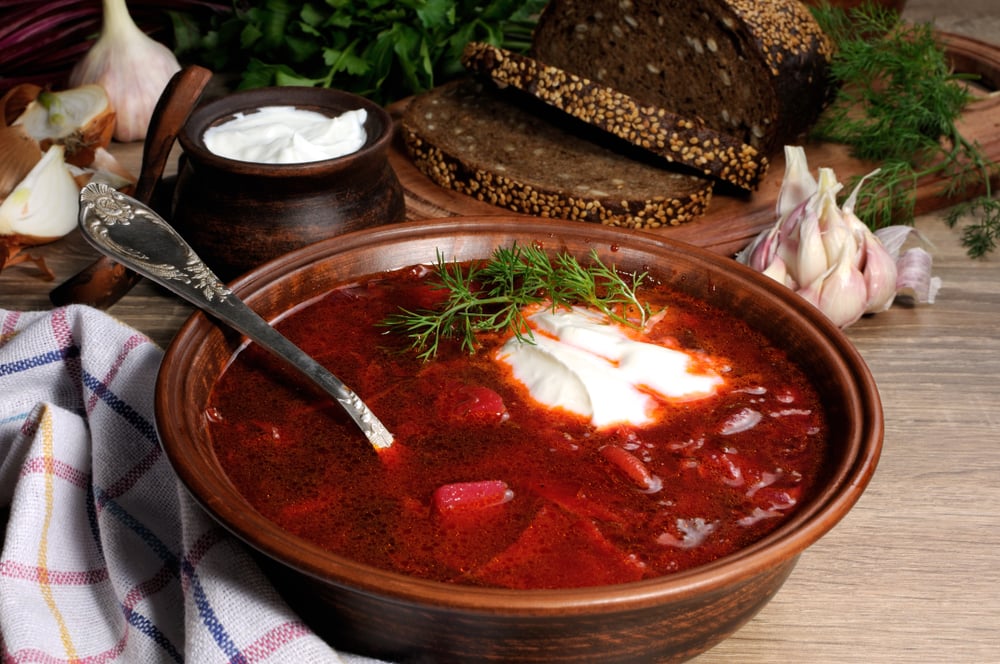 How do I thaw sour cream?

Whether you’ve stored sour cream in its original unopened container or not, the thawing process is exactly the same. Simply transfer the container from the freezer to the fridge and let it thaw naturally. Never thaw sour cream outside of the refrigerator, as this might invite bacterial growth. Once the ice crystals are gone, you can attempt to regain some of the original texture of the sour cream by whipping it or putting it in the blender and putting it back in the fridge to let it set. Pro tip: try adding one or two tablespoons of cornstarch before you stir for added thickening power. 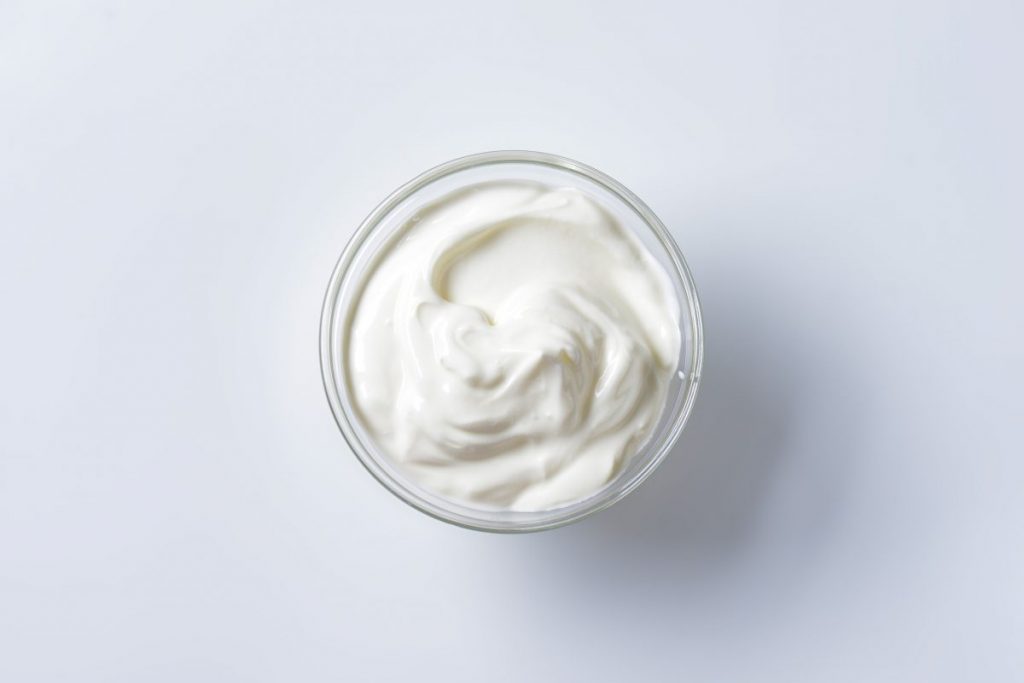 How do I know if thawed sour cream is still good?

The answer is in the color! It should be creamy and white at first glance, not yellowish. You should also look at the separated liquid -- what color is it? Watery is good, yellowish is not. The sniff test also applies here. A tangy aroma is normal, but a strong or musky odor most definitely is not. Obviously, mold growth is a definite sign of spoilage. And, as always, when in doubt, throw it out! 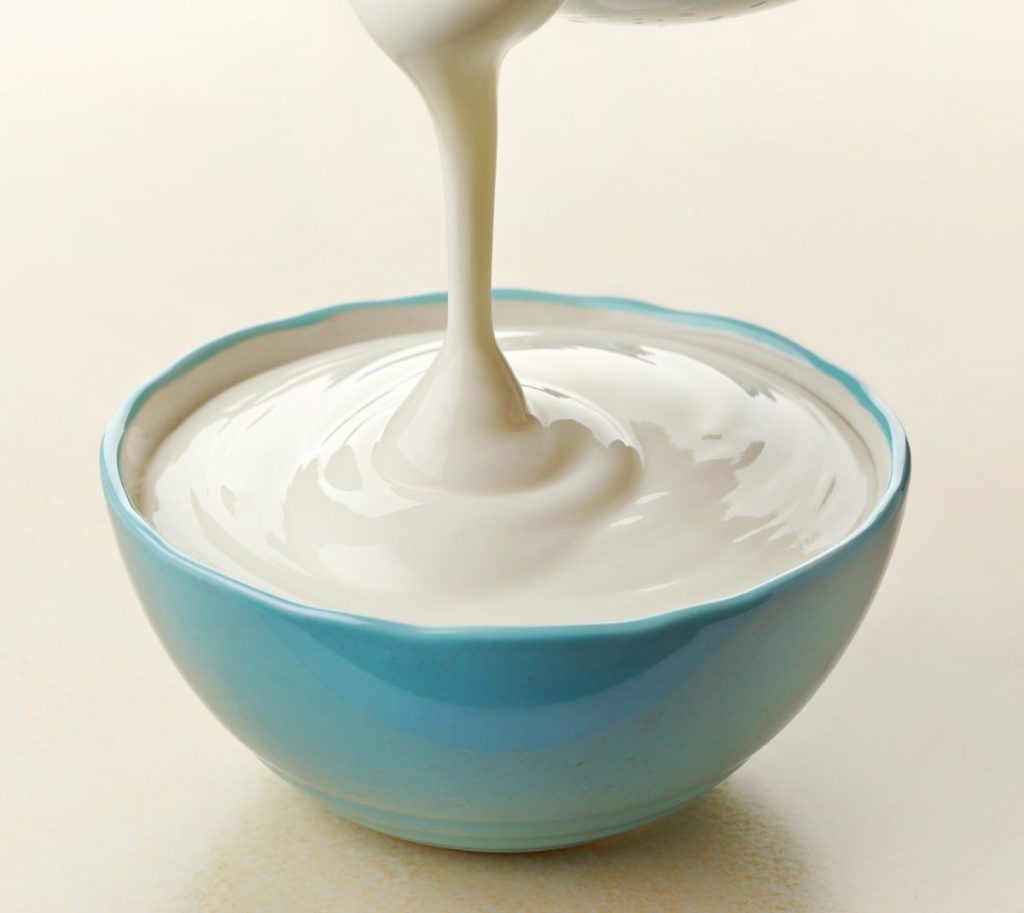 How do I use thawed sour cream?

Because the texture of sour cream is changed considerably in the freezing and thawing process, previously frozen sour cream is best used in cooked dishes, such as soups, casseroles slow cooker recipes. It’s also ideal in baking, such as pastry or muffin recipes, but avoid using it in cheesecake, where a silky smooth texture is paramount. 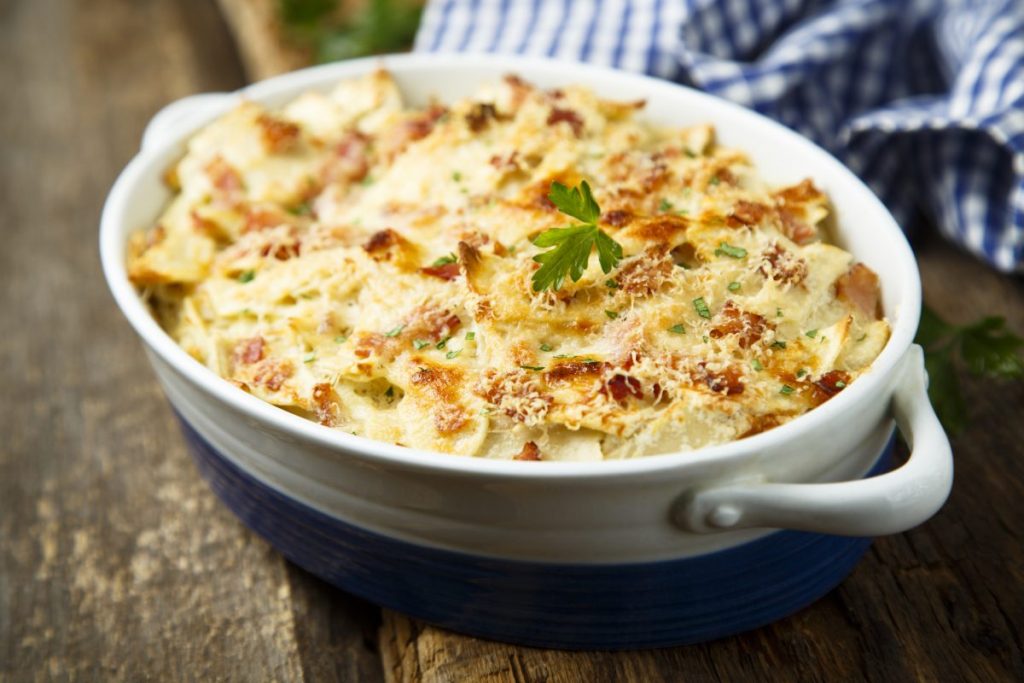 How long is thawed sour cream good for?

Sadly, while the freezer might seem like it has the power to slow down time, at least temporarily, it doesn’t rewind it! Your previously frozen sour cream won’t be any fresher than fresh sour cream when you remove it from the freezer and should be consumed within a day or so of thawing, just to stay on the safe side. 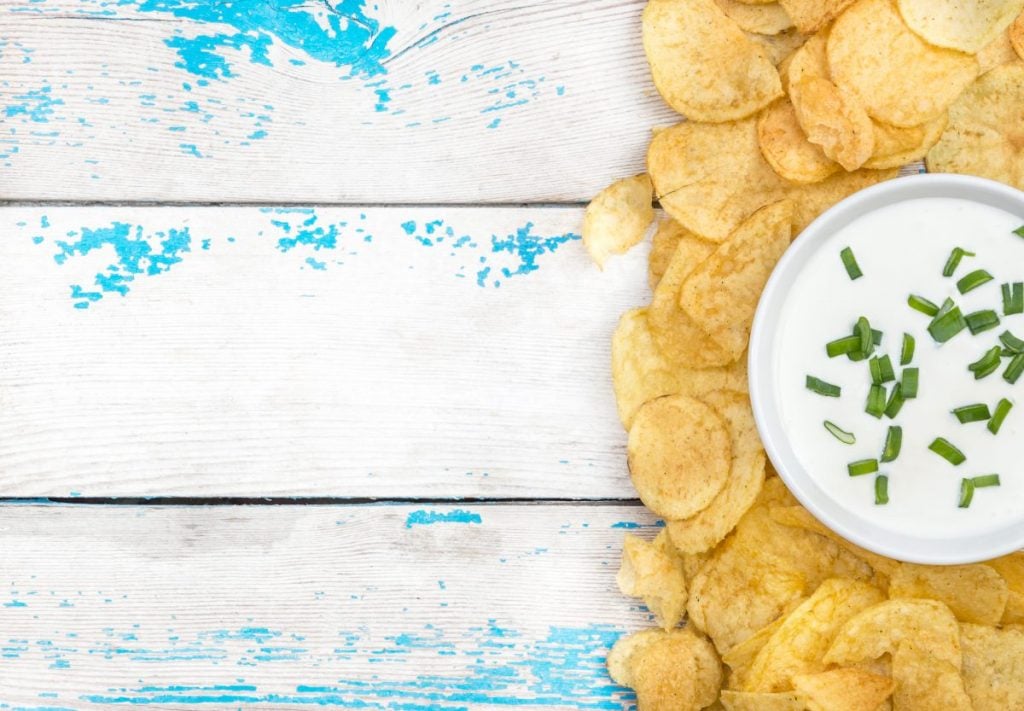