What kind of car would you buy if money was not an issue? Not a problem many people have, to be certain. However, a great deal of celebrities find that, at a certain point in their career, they can afford to have any car they can imagine. An excellent investment, car collections of all sizes, and values are owned by famous autophiles across the country. The problem is that many stars aren't automobile experts, so the main factor in the choice is usually how unique it looks. For those looking to stand out even more at celebrity events, the customization can reach some pretty extraordinary heights. What started out as a fine automobile can quickly turn into a nightmare. So, without any further ado, join us as we stroll through some of the best, and five of the worst, celebrity cars you'll ever see. 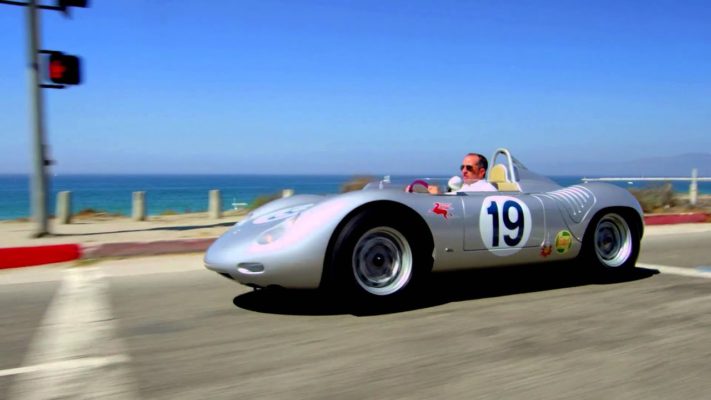 While there are many cars in Beckham’s collection, the Gallardo is a definite stand-out. With classic Lamborghini sleekness and a shiny silver coat, this car is bound to get noticed wherever he goes. Fast and full of flash, this seems the perfect choice for the famous former footballer. 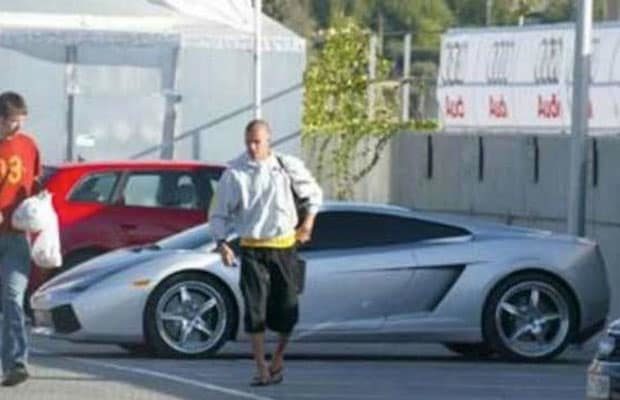 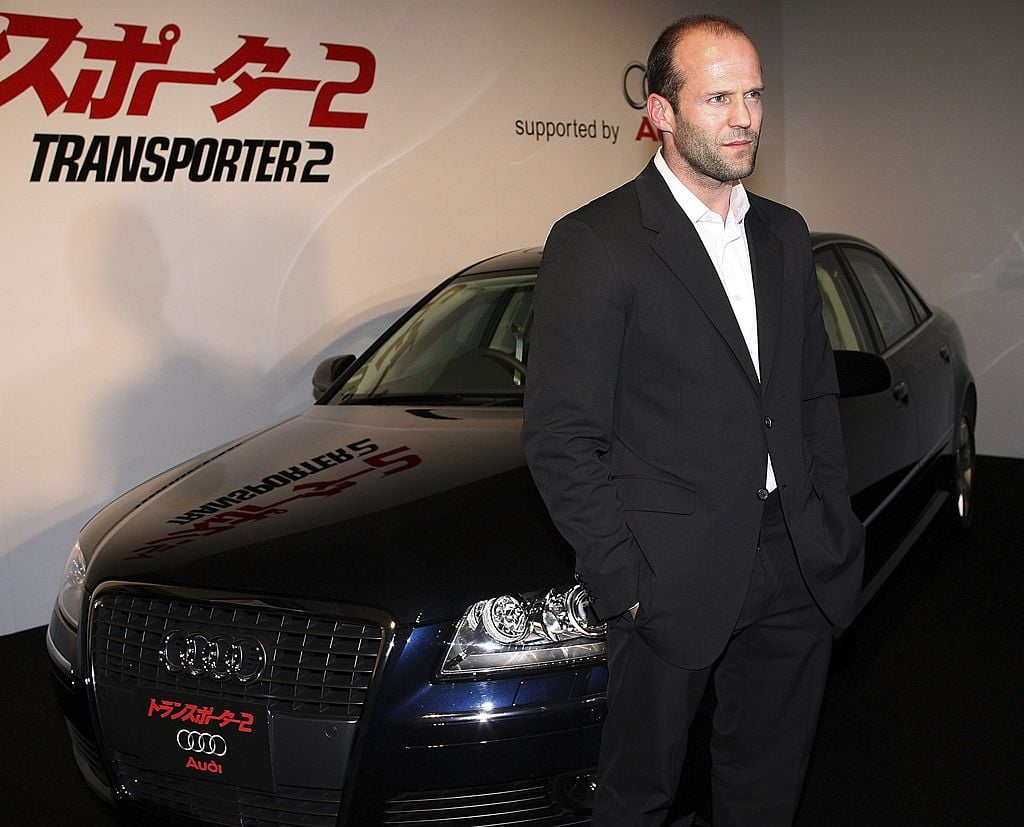 Here’s another man who loves fine automobiles. Snoop Dogg has a fine collection of cars, and the Phantom is certainly one of the best. If you weren’t impressed with this man of many talents before, seeing this pristine white beauty roll up bearing the Dogg just might change your mind. Classic styling and premium quality flow from this ultimate example of luxurious decadence. This is a true example of design excellence that transcends from one decade to the next without missing a beat. 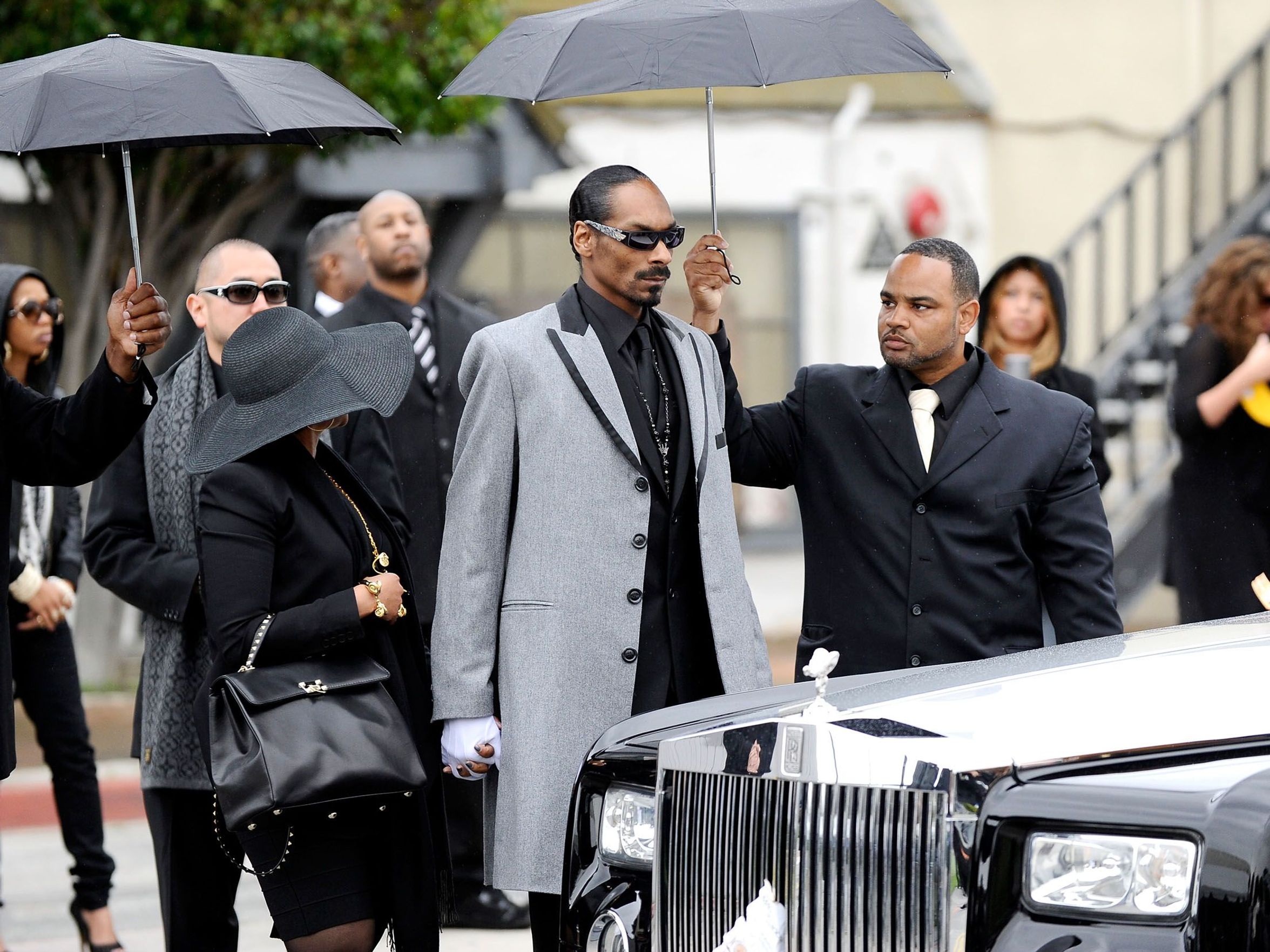 Whether you agree with this judge's decisions or not, you have to agree that this is one sweet ride. His 2008 Bugatti Veyron was bound to create quite a stir everywhere he went, as million-dollar luxury cars often do. Once the world's fastest production car, the Bugatti Veyron has impeccable style and gave Cowell another area that he could think he was better than everyone else. Fitting, right? 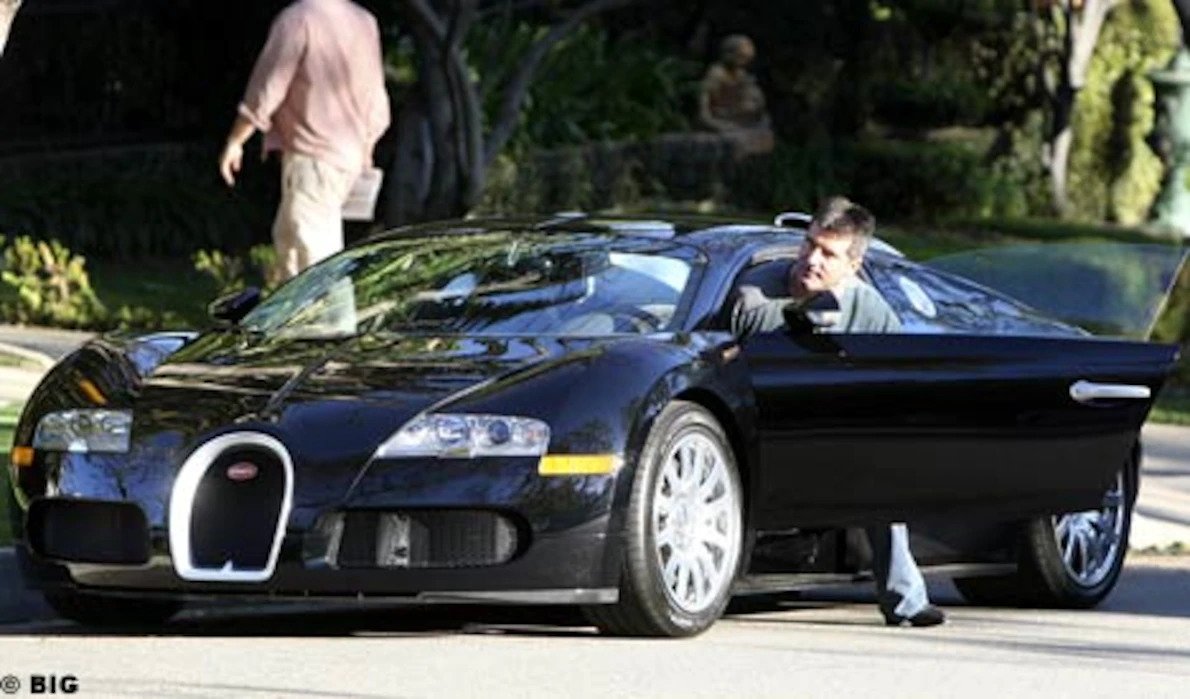 Just look at the beautiful curves on this baby — exquisite design and performance in one fabulous car. Leno is famous for his extensive car collection, but the Jaguar XK120 stands out, even among the finest automobiles on the market. Incomparable style and status are bred into every Jaguar, and Leno's beaut are certainly among our favorites. 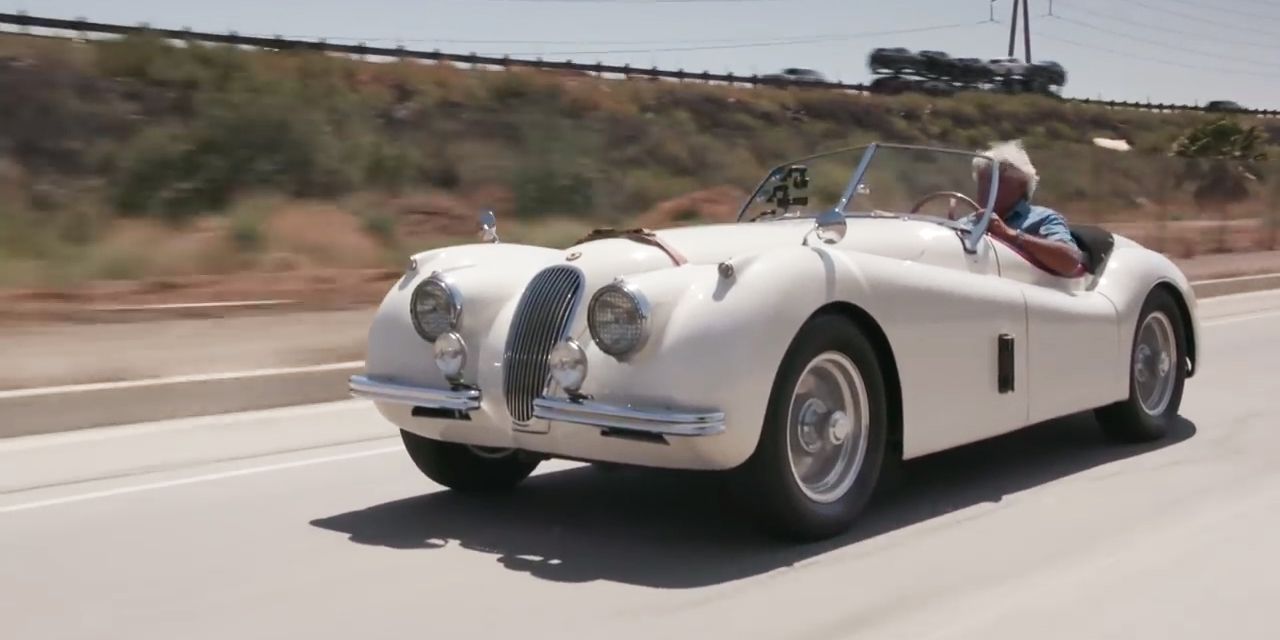 Beiber's come a long way! Now that the leopard-print Audi R8 is out of sight, thankfully, his Fisker Karma is certainly a sight for very sore eyes. With style and class befitting the young heartthrob, the Fisker Karma is so much more than just a pretty face. Say goodbye to boring electric cars that look like wind-up toys. This electric car intends to save the environment and bring a touch of elegant style back to the road. 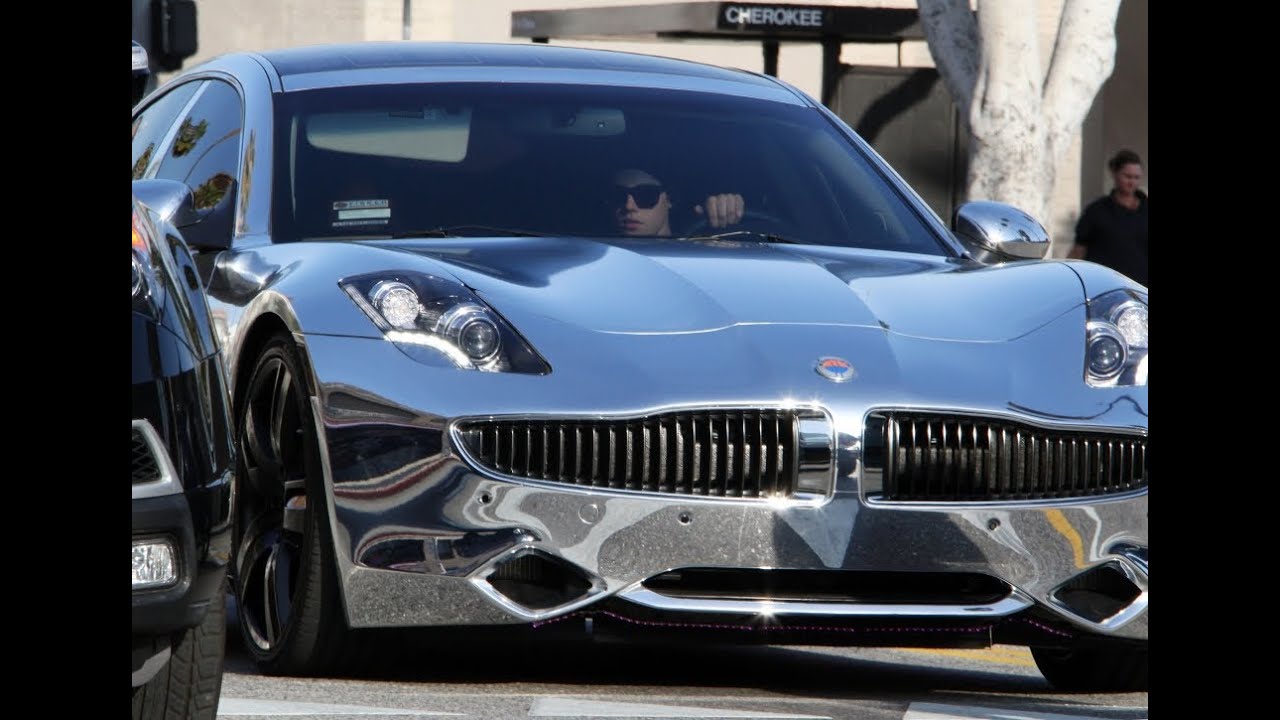 It just goes to show you that eight million dollars can buy a truly awesome ride. The dynamic good looks of the Maybach Exelero are only a part of the story. One of the most powerful automobiles on the market, the V12 twin-turbo engine goes from zero to sixty miles an hour in a mere 4.4 seconds. This is one machine that proves that black cars do look better in the shade, and everywhere else. A classy car befitting a classy man. 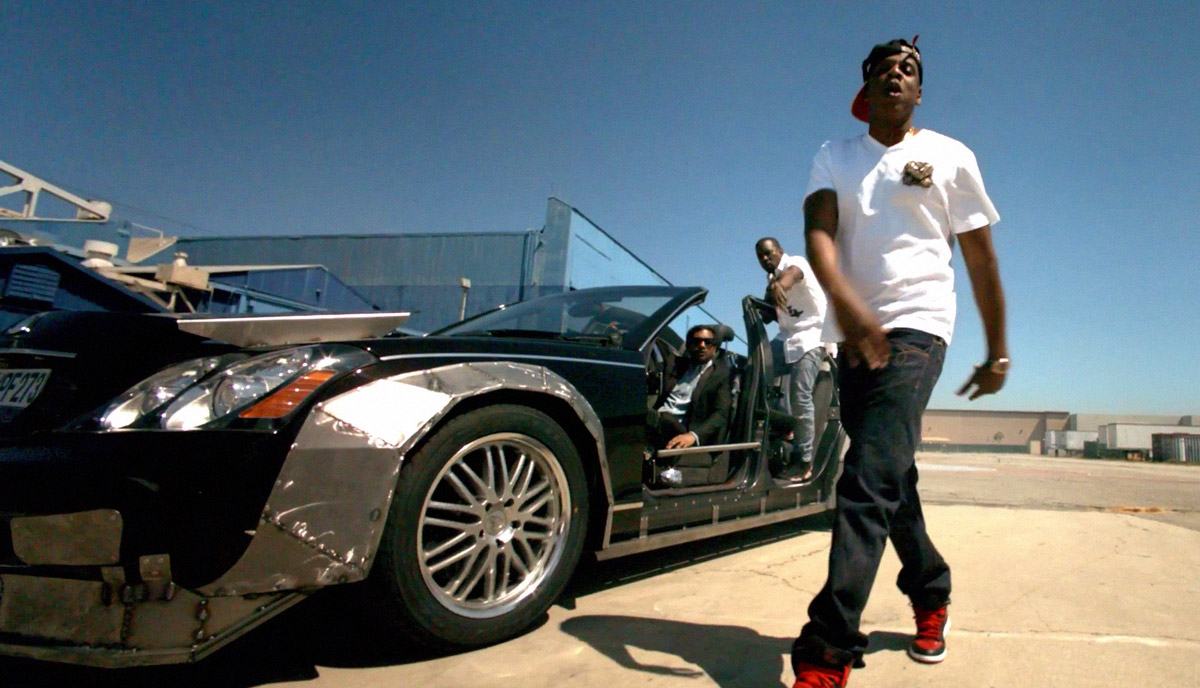 This is truly a ride befitting the queen of reality television. Originally a wedding gift from herself, this white Ferrari 458 Italia has been customized to suit Kardashian’s very particular taste. With the power to reach speeds of 202 miles per hour, the Italia can go from zero to sixty in just 3.4 seconds. Let’s just hope she doesn’t test this out on the family show. 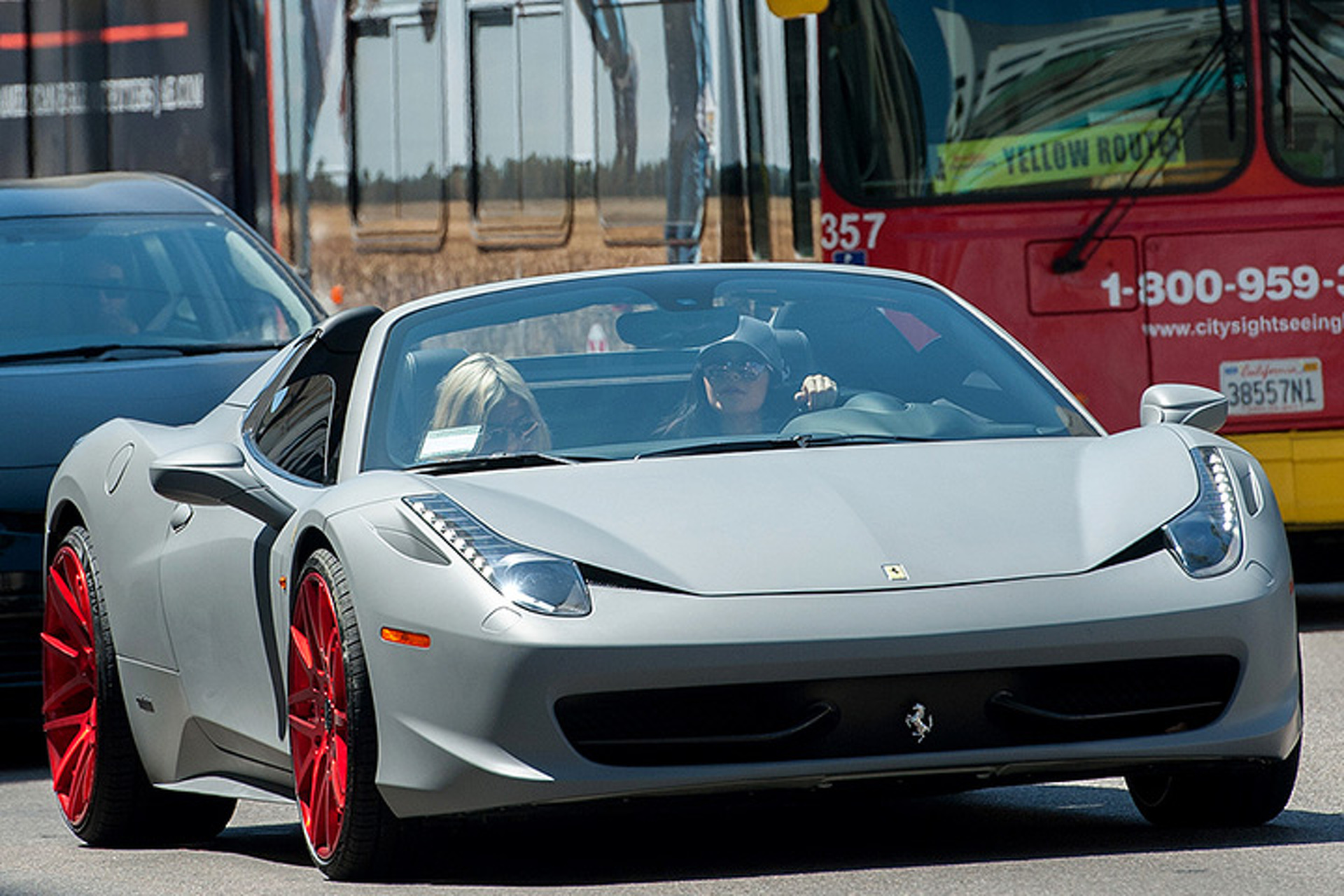 Jonas’s customized vintage car is certainly getting a lot of attention, and deservedly so. With work done by West Coast Customs, this Falcon is ready to fly. With a shiny black exterior and white top, it is the epitome of car cool that provides a certain added value to Jonas. He chose the classic Ford because it reminded him of riding with his grandfather. Who could argue with that kind of car-buying logic, even if they wanted to? 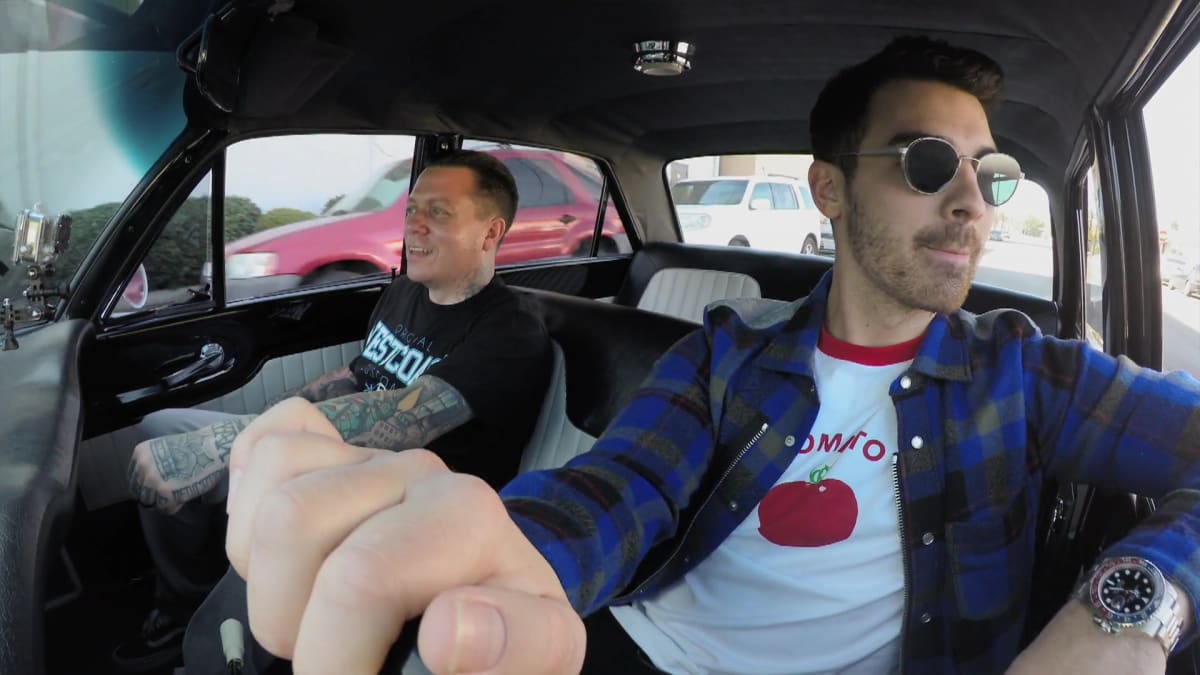 Best known for his Mr. Bean character, Atkinson is an avid car lover and collector. The Zagato is evidence of his passion for racing. The red vintage 1981 Vantage has a classic racecar look and all the performance power anyone could expect. And, let’s face it, the Aston Martin name will forever be synonymous with James Bond, so the cool is automatically factored in. 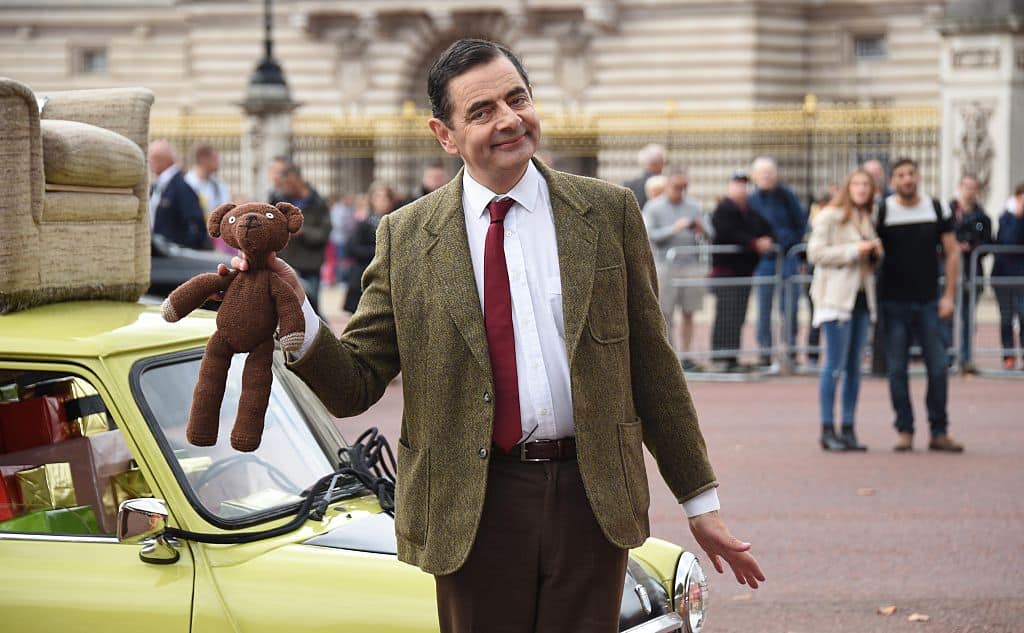 Decked out in basic black with curves in all the right places, could this Charger be any more beautiful? Cena is an avid car collector, but this vintage jewel is an autophile’s dream. The high-performance Hemi engine gives this beast the power to tear up the road, generating an impressive 425 Bhp. 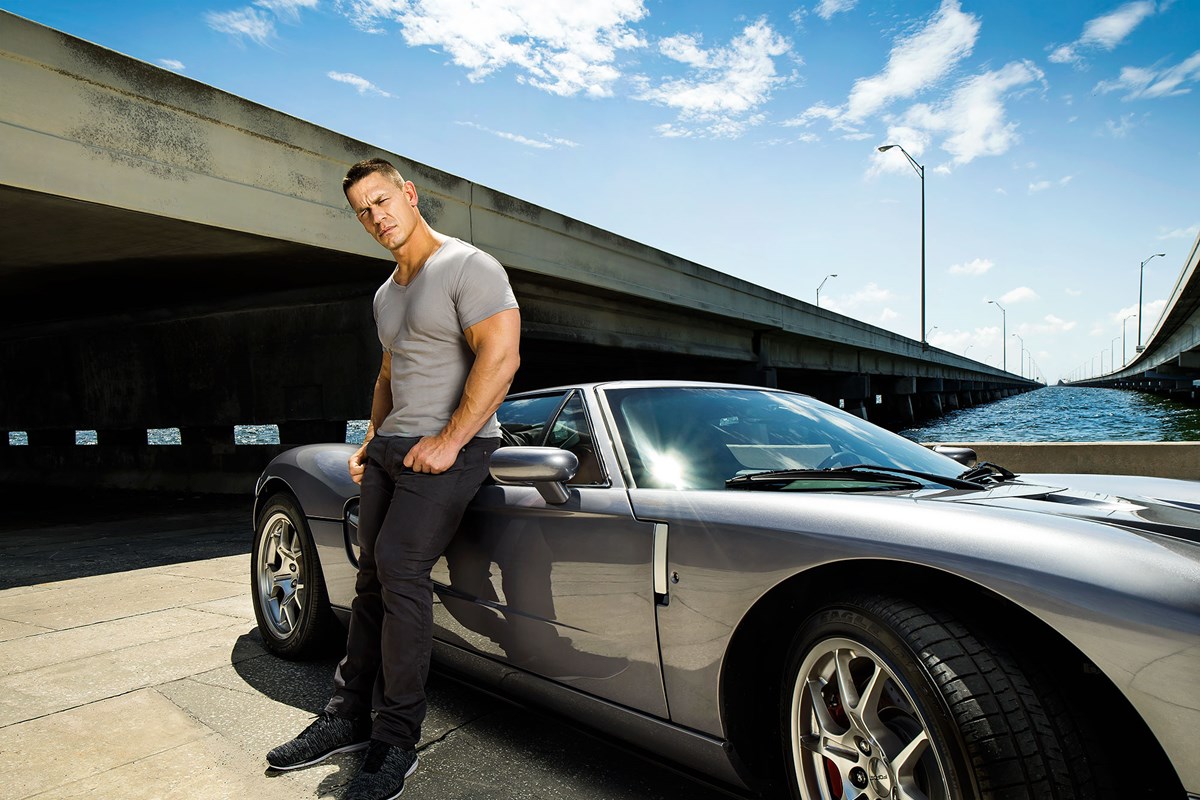 There’s a very good reason that this car is positioned here in our countdown, between the best and worst celebrity cars around. Although it was originally hailed as an atrocious defacing of a fine automobile, Lennon's famous psychedelic Rolls-Royce Phantom is now hailed as one of the top Phantoms of all time. It just goes to show you how much artistic views can change with time. Wonder how much time will have to pass before any of these ugly ducklings are hailed as works of art? 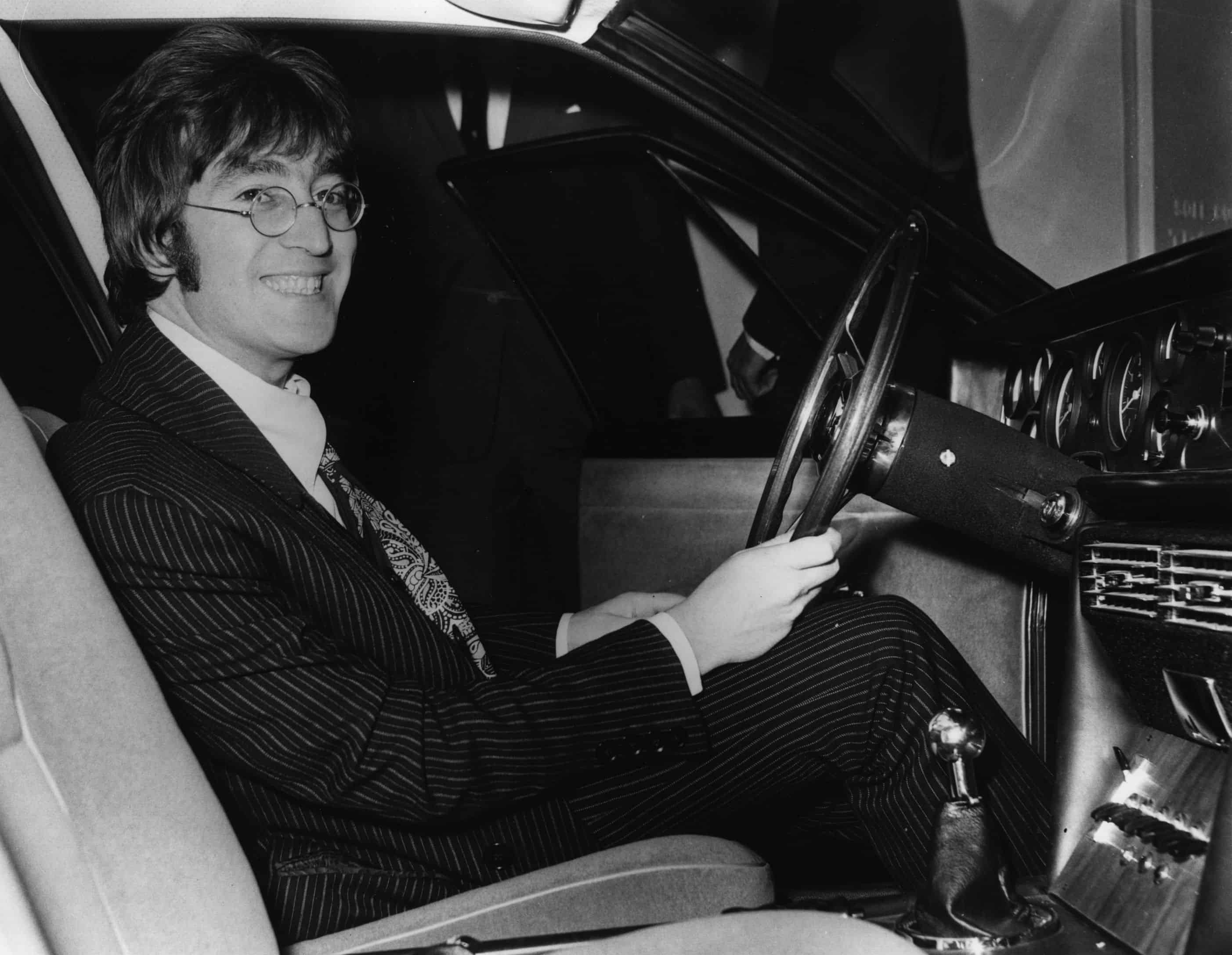 Who could mess up a car with the sophisticated good looks of a Bentley? Leave it to Paris Hilton to cover this stately classic with paint that looks like it was inspired by a popular over-the-counter medicine. This time, however, the soothing pink is more likely to cause a stomach ache. 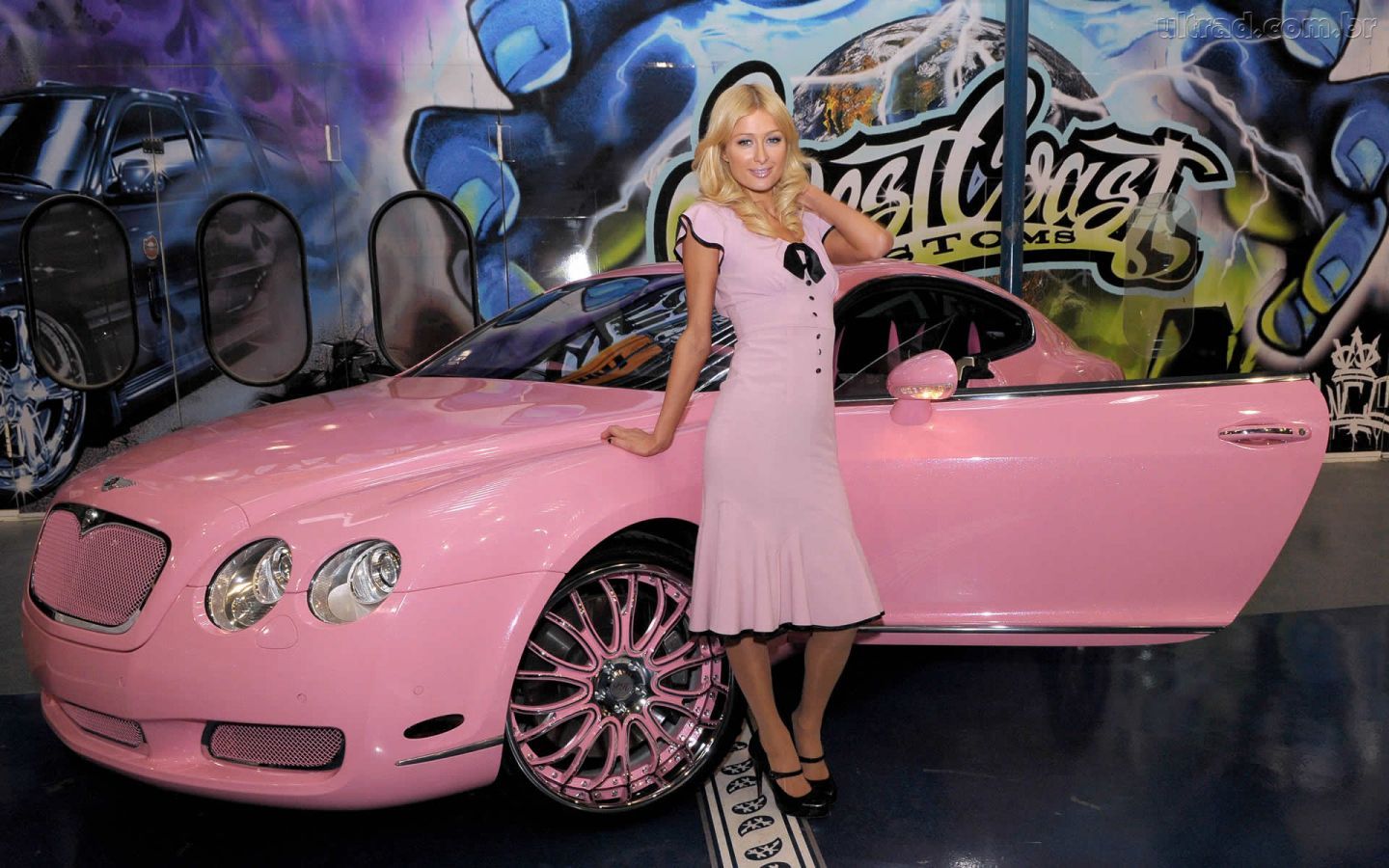 What is it? Well, it started off life as a 1958 Volkswagen Beetle, though it’s almost unrecognizable as such. Designed by the star himself, it is stuffed with clashing details and stretched beyond imagination. This is largely due to the very changeable nature of Will.i.Am himself. From the beginning, the celebrity constantly altered his original vision and it took years to build the finished product. What was brought to life actually looks like something out of a comic book and has, in fact, been compared to the car driven by Dick Tracy. For the money he spent on this monstrosity, reportedly around $900,000, he could have gotten a really fantastic off-the-rack car and ruined it with a terrible paint job, like a lot of other stars. The nicest thing we can say about this car is that it is one-of-a-kind … thankfully. 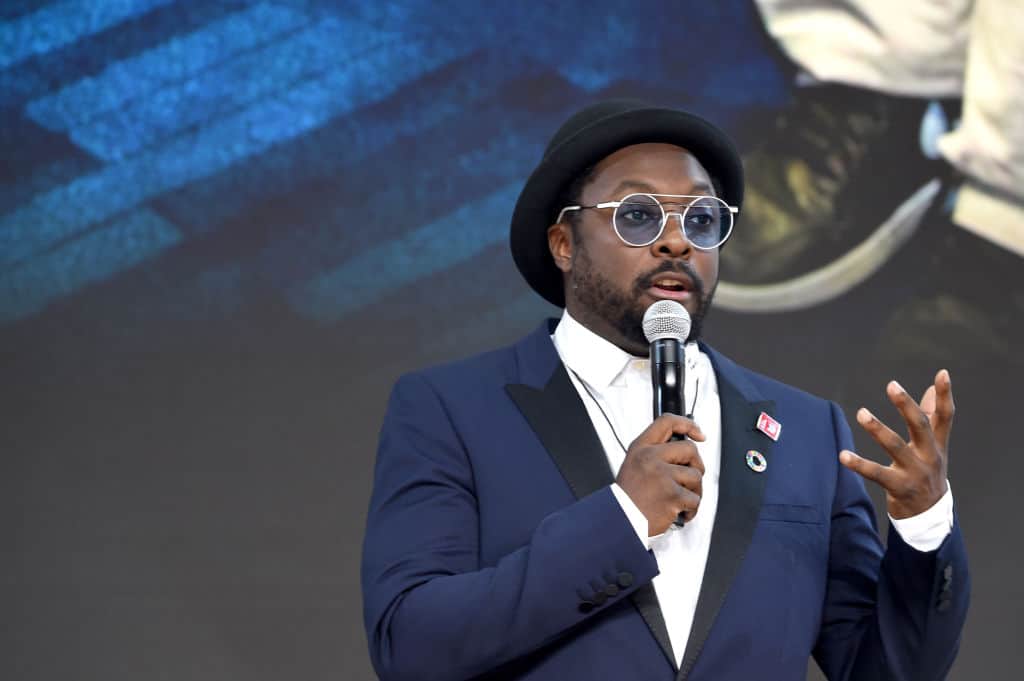