Mahjong is a tile-based game that usually requires 4 players. The history of mahjong is a little mysterious, but the oldest surviving tile sets are from the 1870s. The game came to America in the 1920s, and the first tile sets in the United States were sold by Abercrombie & Fitch. It's relatively easy to learn, but can seem confusing from the outside due to regional variations, scoring systems, and fast game play. Mahjong requires skill, strategy, calculation, and a little luck.

The object of mahjong

The object of a mahjong hand is to pick up, swap, and discard tiles until you get a winning hand, called mahjong. A legal winning hand must meet a specific set of requirements. The winner of each hand scores points based on the tiles used to form the winning hand. A match is made up of a set number of rounds, and the winner of the game is the person with the most points. 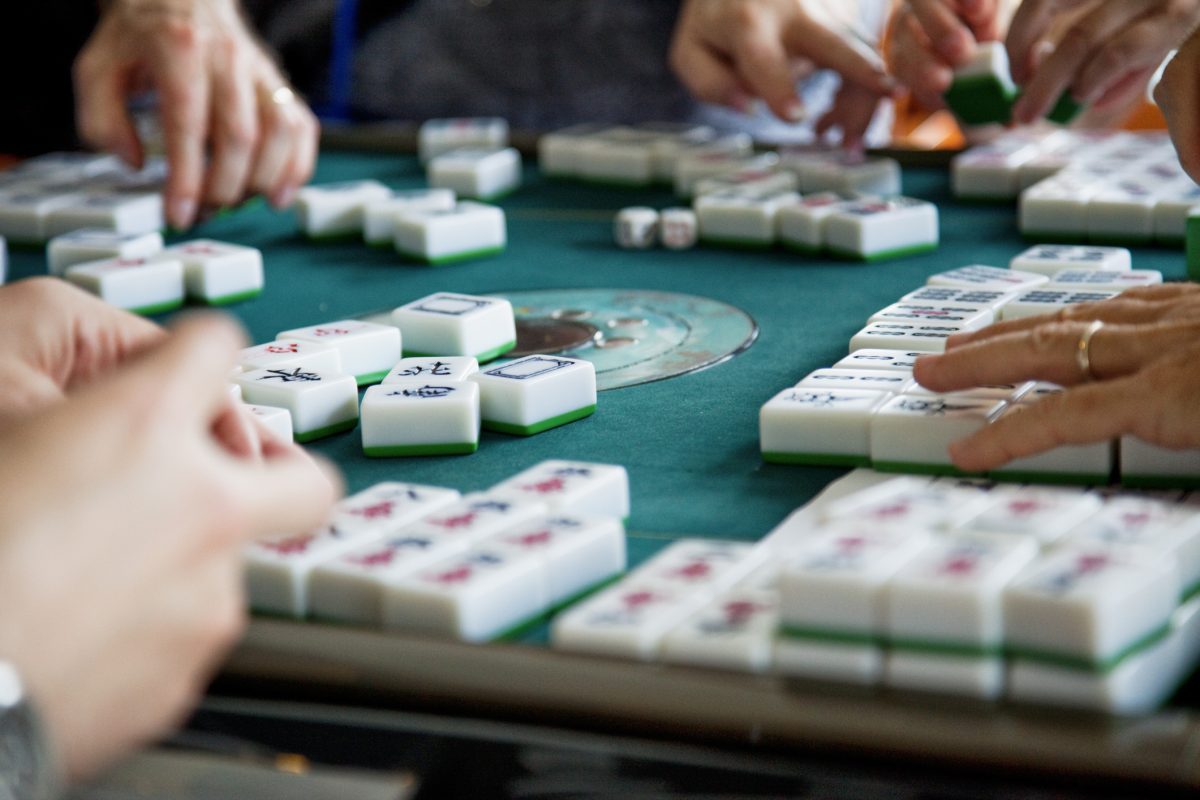 What you need to play the game

To play the game you need a set of mahjong tiles. Most variations of the game use 144 tiles and sets for every budget are easily found online. If the set doesn't come with dice, you'll also need two or three 6-sided dice, plus a pen and paper to keep score. A square table is ideal. It should be small enough for players to reach everything, but large enough to fit all the tiles. Finally, gather 4 players and you're ready to get started. 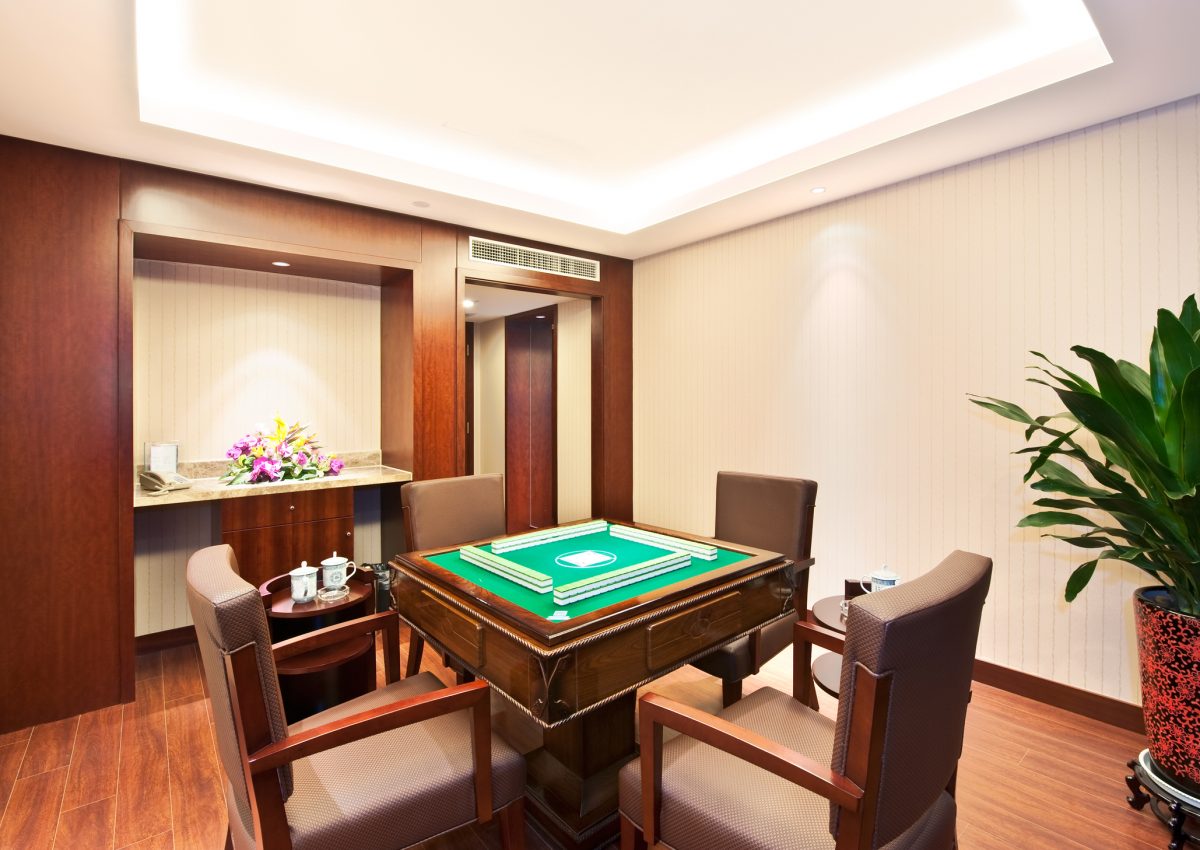 The first type of tiles in mahjong are called simples. They make up the bulk of the tiles and come in three suits called dots, bamboos, and characters. In each suit there are four identical sets numbered 1-9, for a total of 108 tiles. Dots, also called wheels or coins, have circular markings. Bamboo, or sticks, have images of bamboo. Characters, or numbers, have the Chinese numerical characters. Many modern sets include Arabic numbers on the tiles for easier game play. 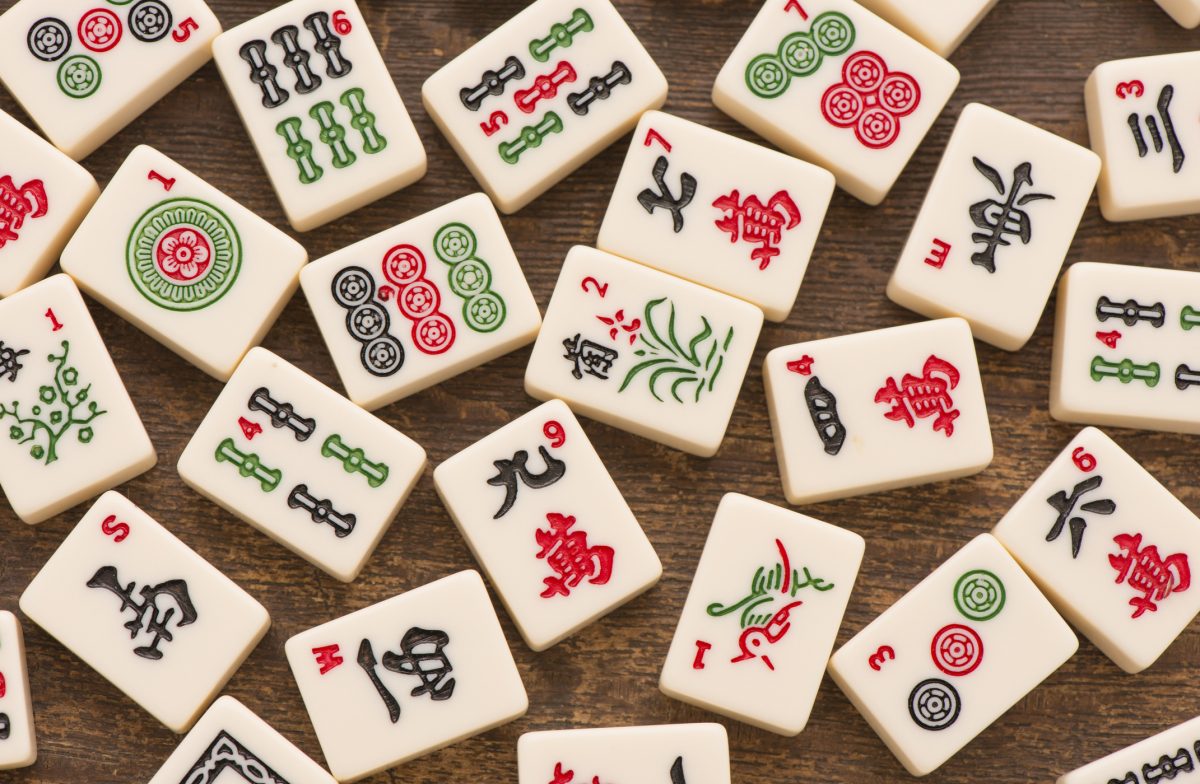 Honor tiles are made up of two types: wind and dragon. Wind tiles are named for the directions: east, south, west, and north. Dragon tiles have red, green, and white varieties. There are 4 identical copies of each tile, for a total of 28 tiles.

Most games also use bonus tiles, though they're omitted in some versions. There are four flower tiles: plum blossom, orchid, chrysanthemum, and bamboo. The 4 season tiles are spring, summer, fall, and winter. There's only one of each tile and they give bonus points to players. 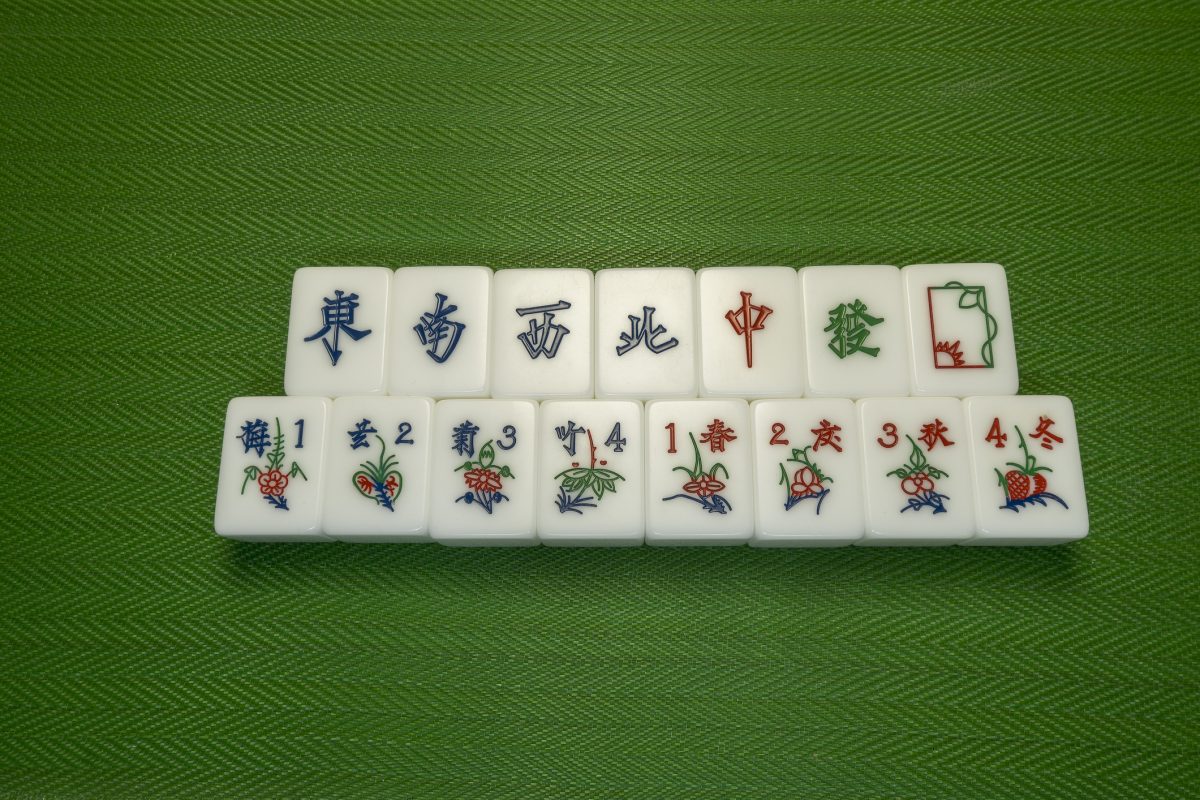 Setting up for mahjong

Players place tiles face down on the table and mix them. Then the walls are set up—4 stacks, 18 tiles long and 2 tiles high, for a total of 36 tiles—and arranged to form a square. The walls ensure all tiles are present and also create a space in the center for discarded tiles. A dice roll determines the dealer, who then gives each player 12 tiles in blocks of 4. Finally, each player draws 1 tile to make a hand of 13 tiles. 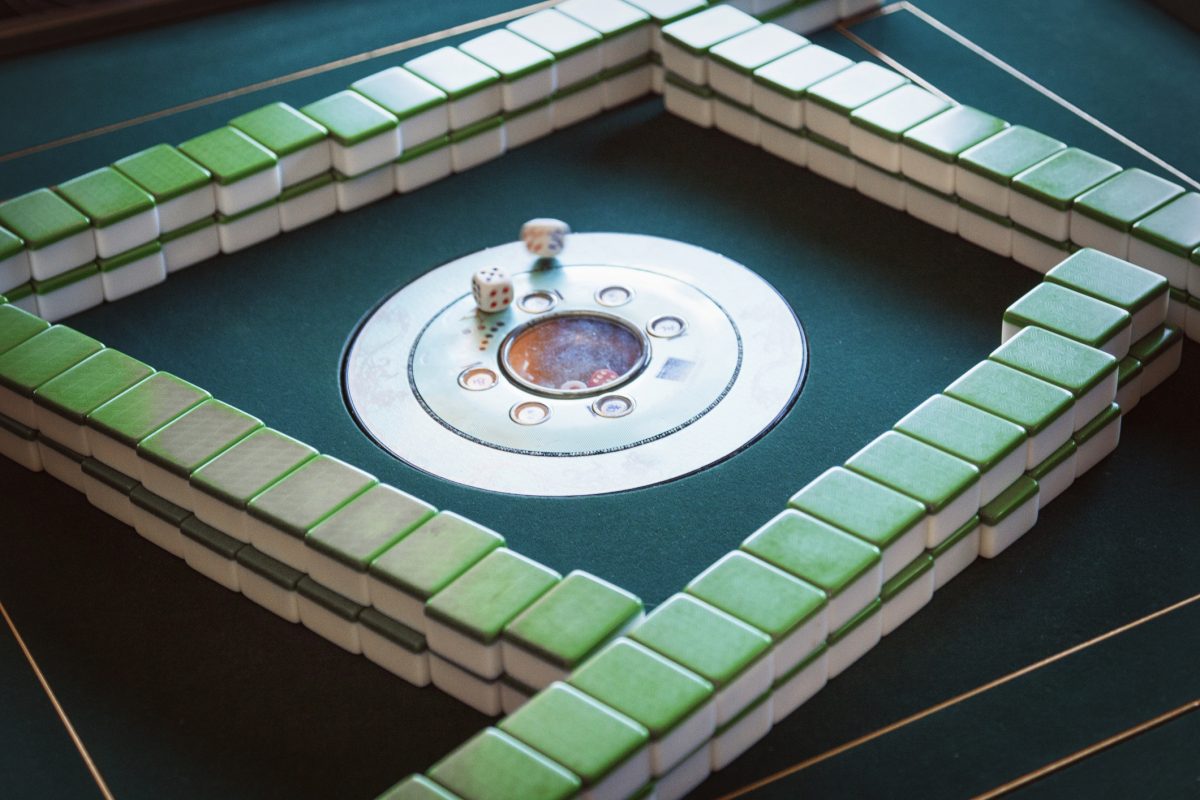 The player to the right of the dealer goes first and play continues in a counter-clockwise direction. Players draw and discard tiles each turn so they always have 13 tiles. The aim is to form sequences, known as melds. Discarded tiles are put in the center of the table, where other players can claim them. Bonus tiles are the exception as they can't form melds. If a player draws a bonus tile it's put aside for extra points and they draw again. 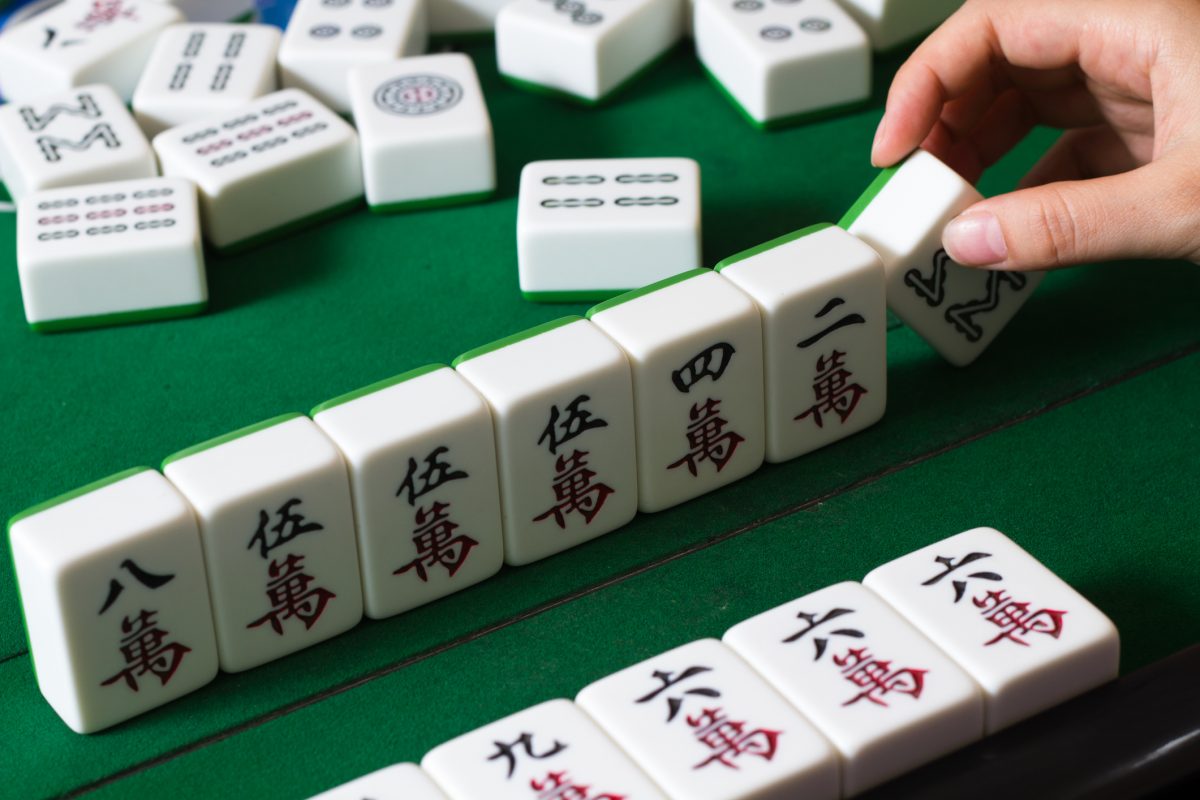 What are the melds?

The first meld is pong, made up of 3 identical tiles, while the kong is 4 identical tiles. The eyes meld is 2 identical tiles, but is only used to create a mahjong to win the game. You can use simple or honor tiles to make these melds. The final meld is a chow and is three simple tiles of the same suit in numerical sequence. The 2, 3, and 4 of bamboo would be a chow. 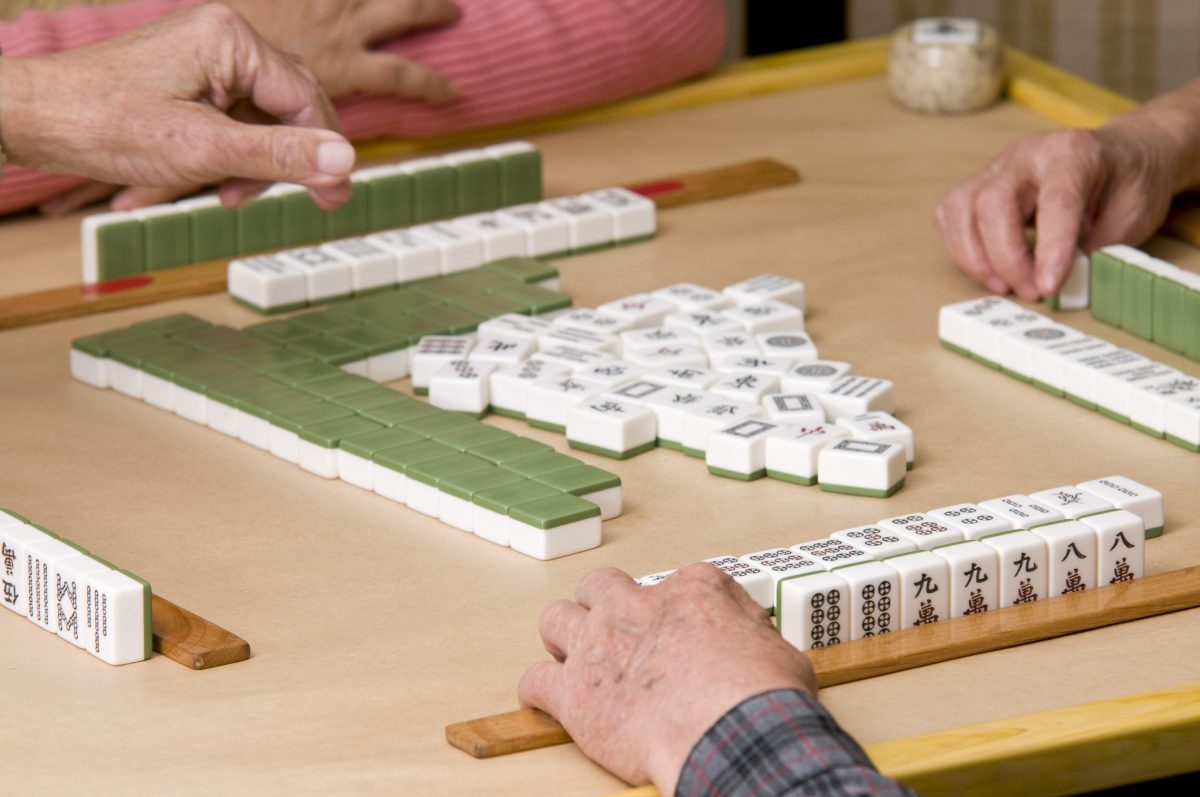 To create mahjong and win a hand you need 4 melds of 3 tiles, plus 1 eyes. This is 14 tiles, so it must be formed from a drawn tile or through claiming a discarded tile. Some players use a minimum score rule, meaning the mahjong must score above that limit to be a winning hand. When a player declares mahjong, the game moves to the right and the next player acts as dealer. If no one declares mahjong before the tiles are gone, the hand is a draw and the dealer deals again. 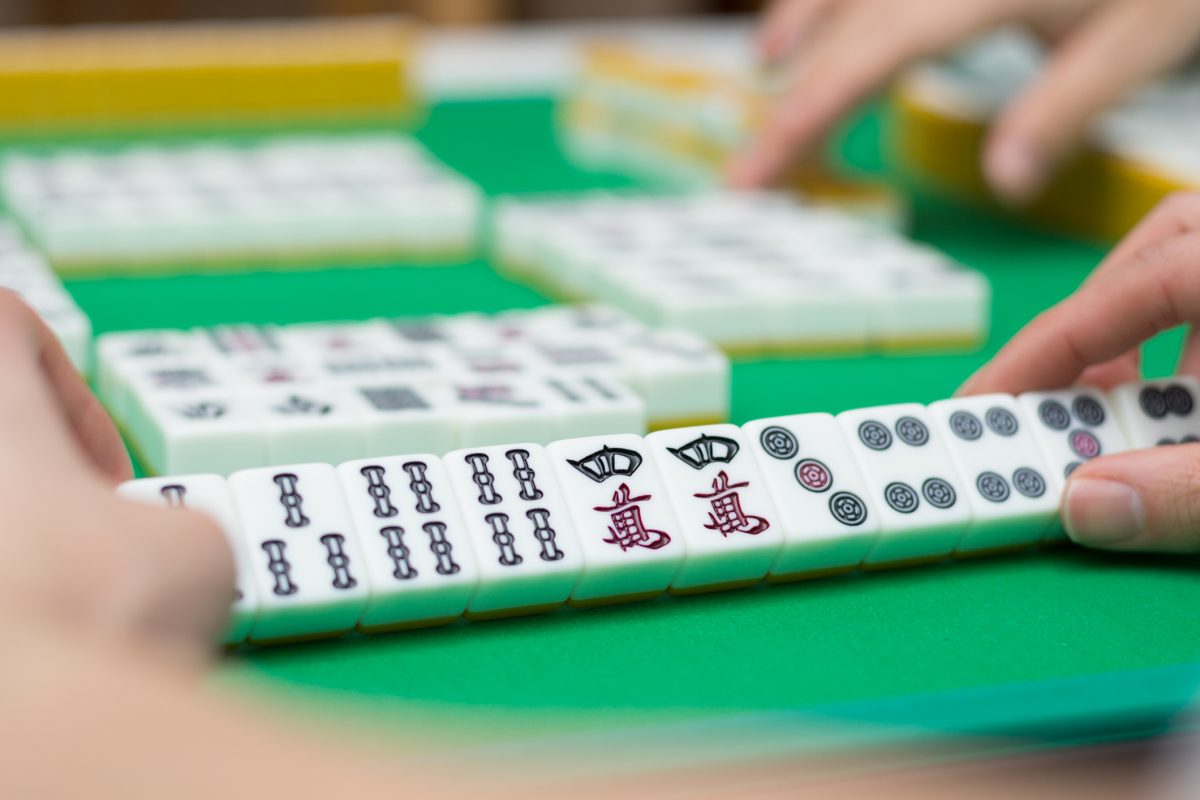 A mahjong round is over when each player has dealt once. A match is traditionally 4 rounds, one for each season, and the winner is the player who has the highest score. In the simplest form of scoring, the winner gets points based on the type of hand used to win. If they have bonus tiles, these points are added and if the dealer wins their points are doubled. Points are usually recorded on paper, although some people use chips. Playing for money is also common. 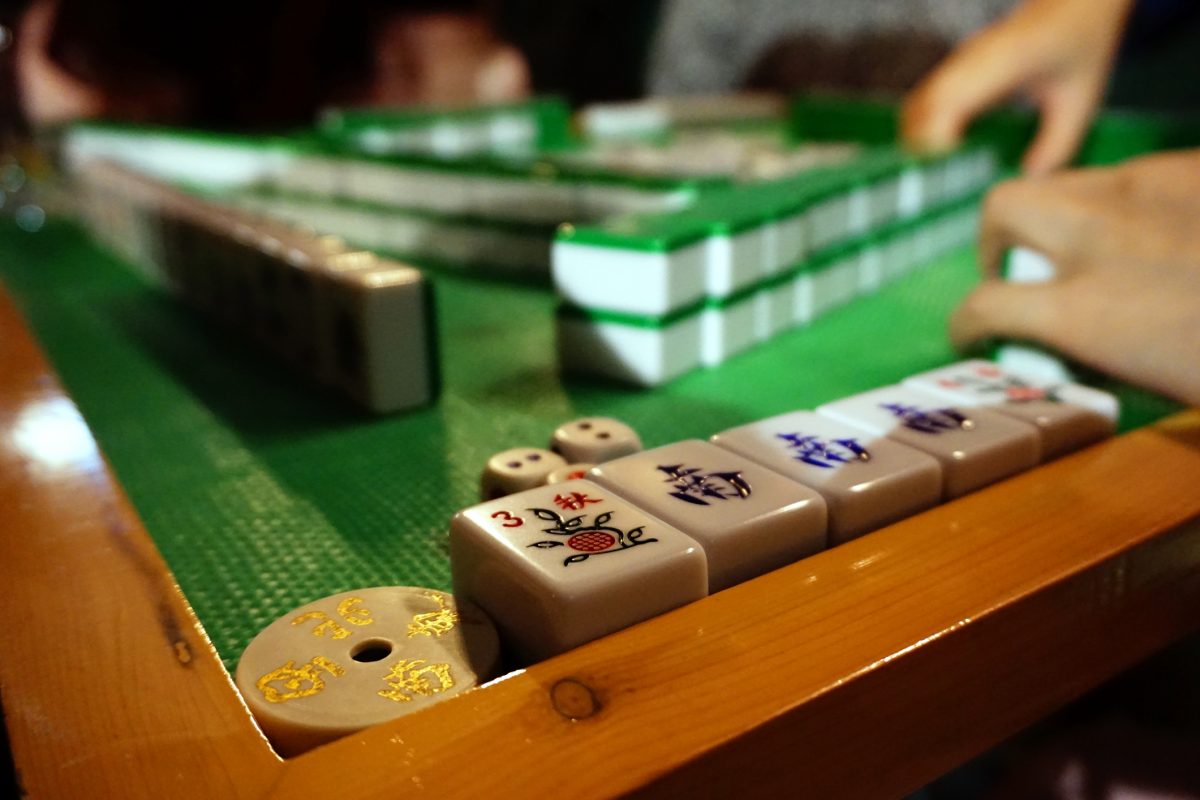 There are variants of mahjong from many corners of the world, such as South Africa, Vietnam, and Japan. Some need only 3 players for a game, while others have 16 tile hands rather than 13. In the American version of mahjong, players use racks to hold their tiles and at the beginning of the game players swap tiles, known as the Charleston. American mahjong also uses melds of 5 or more tiles and the legal hands are changed annually. 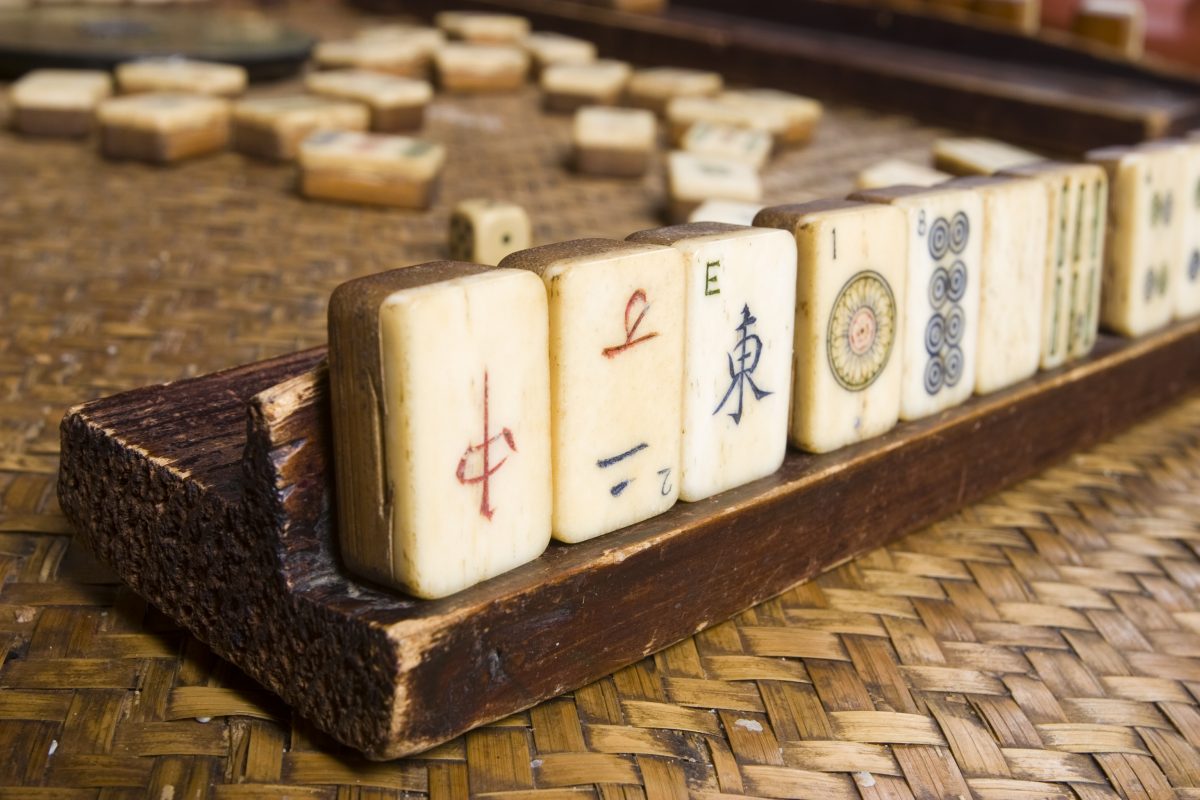