Celebrities often ride around in cars that advertise their fame and fortune, but true A-listers can afford to enjoy rides that are a bit off the beaten path. Keanu Reeves definitely qualifies as a top actor. His earnings from The Matrix are estimated to have reached a quarter of a billion dollars alone. Along with those massive revenue numbers comes the financial freedom to indulge his love of cars, and his even deeper appreciation of motorcycles. In fact, this down-to-earth cinema star loves bikes enough to dabble in design, creating a few unique rides that pour out plenty of power. He also has more than a few cars in the garage, but don't expect the flashy and high-powered cars of today. This is an actor with a deep love of the classics.

Keanu Reeves founded Arch Motorcycles along with legendary customizer Gard Hollinger. The result of this epic partnership was a new company and the KRGT-1. For a man who stands 6' 1" tall, a bigger bike is a must, and this V-Twin engine design is a perfect fit. It also delivers a whopping 121 horsepower, so Keanu can hit the streets fast and in a hurry. For a man who routinely uses the subway while in New York, cutting loose on the back of this powerful ride must feel great, particularly since it's a design he worked on. 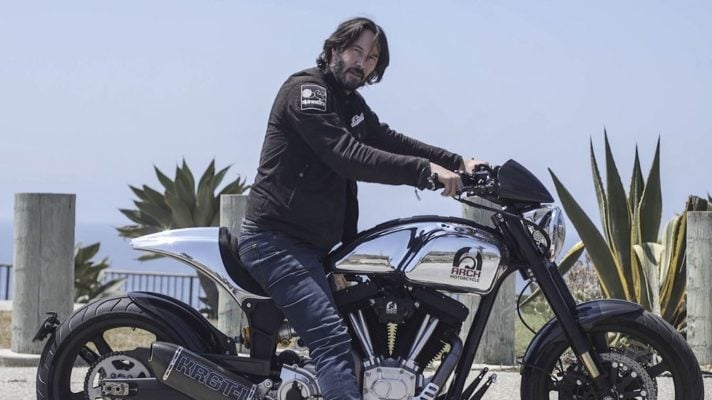 The Volvo 122 coupe has a spot in the classic car lineup since this gem is old but meticulously restored. Of course, in 1985 when driving this green, racing car back to Los Angeles, Keanu referred to it as Dumpy, since the car was pretty much a dump. The bricks holding up the seats are long gone today, but this car was Keanu's first-ever vehicle, and it continues to enjoy a place in his garage today. That's loyalty. 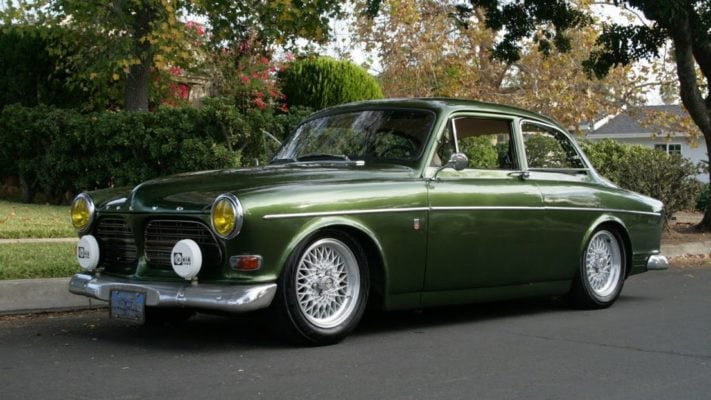 When talking about first vehicles, Keanu's first motorcycle also deserves a spot on the list. The Norton Commando 850 MK II Roadster was the actor's first bike, and it was a pretty sweet introduction to the joys of riding. This bike was incredibly popular when it was first released and even received the coveted title of "Machine of the Year" from Motorcycle News. The OHV pre-unit parallel-twin engine delivered speed, simplicity, and plenty of fun on the road. 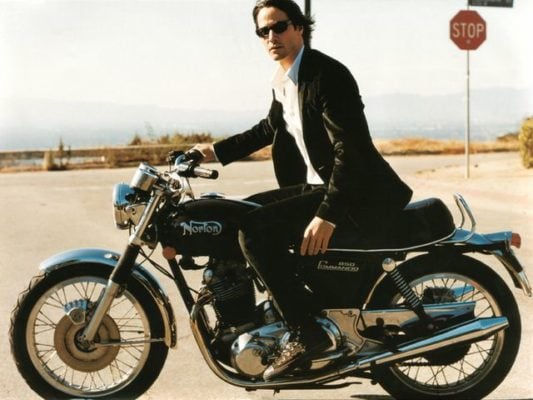 While Keanu has a long-time love affair with bikes, he also enjoys the speed and power of a really great car. The Porsche 911 in the classic Type 993 model offered plenty of speed and power, while also letting him feel the wind in his hair with the sunroof open. By his own admission, Keanu would find any excuse to hop onto the Pacific Coast Highway, and his love of this car even led to him enrolling in the Porsche Driving Experience course – a great time investment since it led to a winning performance in the 2009 Celebrity Race at the Toyota Grand Prix. 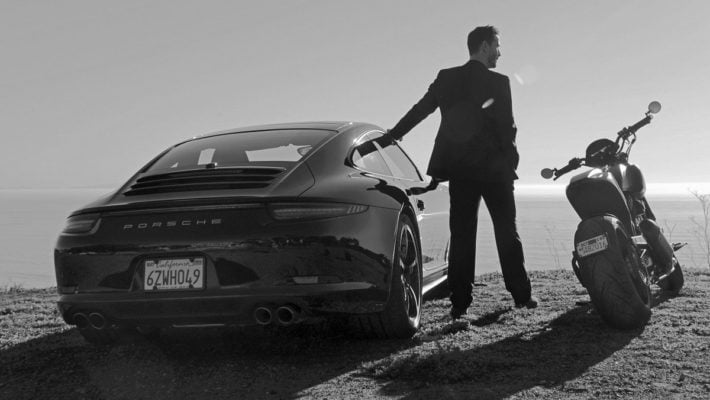 When Keanu and Gard Hollinger first met, it was over the handlebars of a Harley Davidson Dyna Wide Glide. Keanu wanted to customize the bike, but a short conversation led instead to the founding of Arch Motorcycles. However, the Harley Wide Glide was the actor's bike of choice while working on a new design with his new partner. The Harley Wide Glide is the first custom factory bike from Harley, and it was in production from 1997-2017. 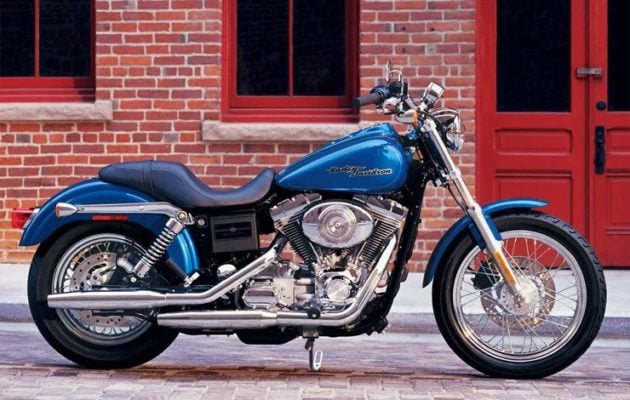 Keanu bought two bikes at almost the same time – the Harley Wide Glide and the El Diablo from West Coast Chopper. WCC is a brand that is known for its apparel and accessories as much as it is for its designs, and the company typically only releases about a dozen bikes per year. Keanu nabbed one, but only top earners can afford to ride an El Diablo with starting prices topping $150K. Of course, for a motorcycle enthusiast, some WCC gear is a must. 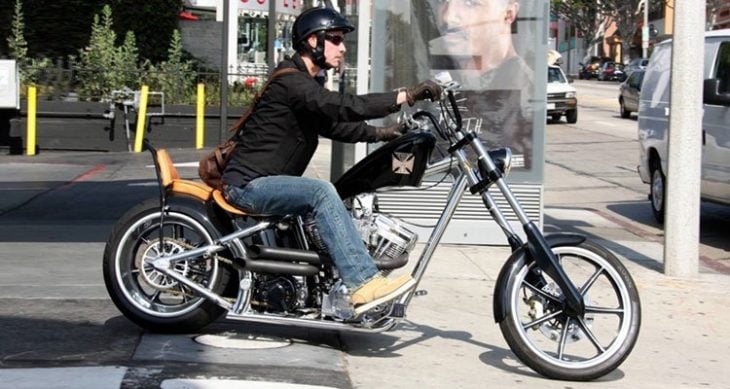 The formation of Arch Motorcycles didn't end with a single bike. Gard and Keanu continued to collaborate until the actor unveiled a second bike at a Milan motorcycle show. For the second bike, the actor wanted something more sporty and less cruiser, though the KRGT-1 and the 1s share plenty of finishes, the 1s moves around supported on 7 Spoke BST wheels. The American V-Twin engine delivers a ton of horsepower, and optional ABS is available. While currently still in the concept stages, the 1s is expected to continue the bespoke lineup of Arch Motorcycles. 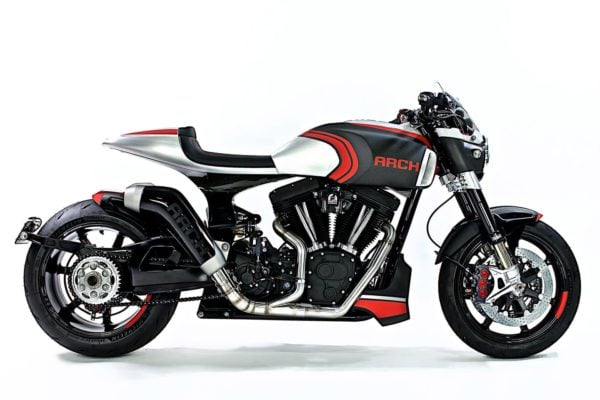 Sometimes, limited quantity makes a bike seem more worthwhile than it is, and with only 23 units produced, that could have happened to the Method 143. However, this bike created in partnership with Suter Industries has plenty of features to back up the hype with a carbon fiber mono-cell chassis and programmed CNC machined aluminum, all layered to create the final, elegant design that moves gracefully along the road. While the concept bike turned up in Milan, these units haven't hit general production, and the eventual price tag is likely to clear six figures easily. 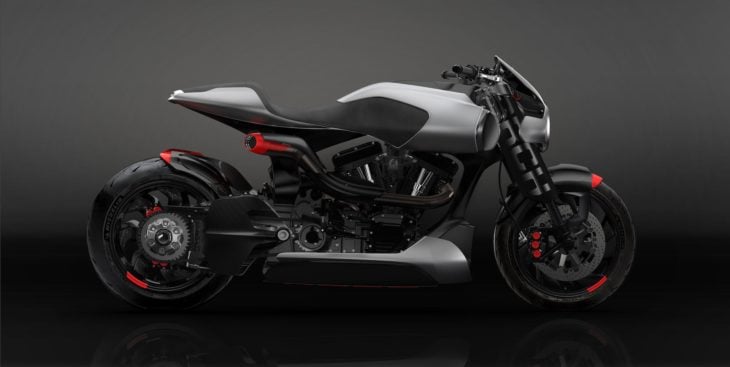 In 2015, Reeves visited Ferrari headquarters and test drove the Ferrari 488 GTB on the legendary Fiorano circuit. While exploring the history of the brand, Reeves visited the Classiche department and seemed interested in the 500 Mondial racer and the 637, competitive race cars of their day. So, while Reeves doesn't currently garage a Ferrari, the right classic model might tempt the actor to take action. 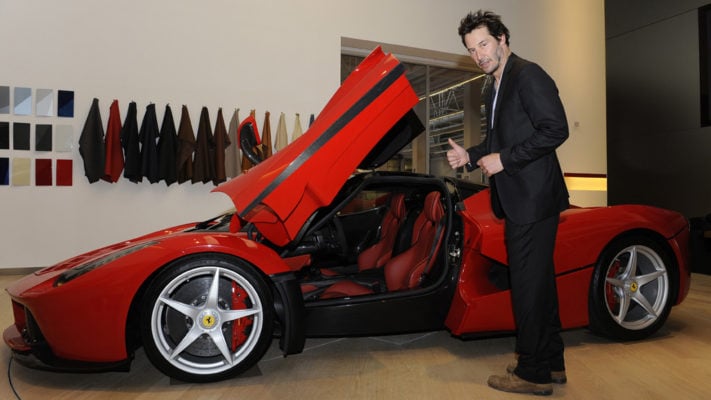 Keanu started his love of motorcycles at just 22-years old when he first saw one in action during a filming break. He was in Germany and saw a woman riding the Kawasaki Enduro 600. Afterward, he learned to ride, and his first bike was that same Kawasaki Enduro. Manufactured in 1984, Keanu rode this single-cylinder four-stroke engine for several years. This bike is an offroad model designed to handle rough terrain, though it only has a top speed of around 80 mph and delivers just 27 hp. 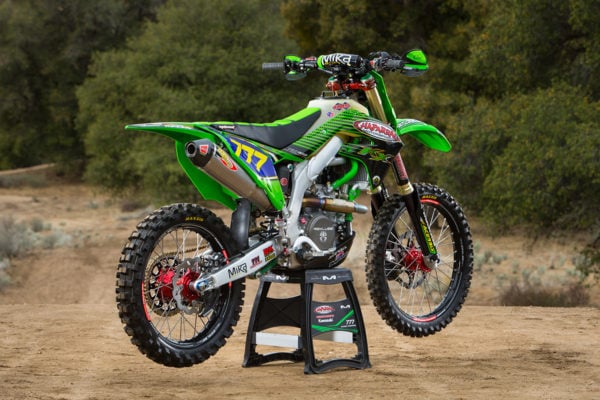 While Keanu Reeves doesn't own a 1969 Ford Mustang, he gets plenty of time behind the wheel as John Wick. This role involves plenty of time behind the wheel of one of the most iconic American muscle cars ever built. The car may spend much of movie one in the garage, but for the sequel, some of the chase scenes let Keanu open up and show what this baby can do. In the V8 configuration, that means 250 hp and a top speed of 128 mph. 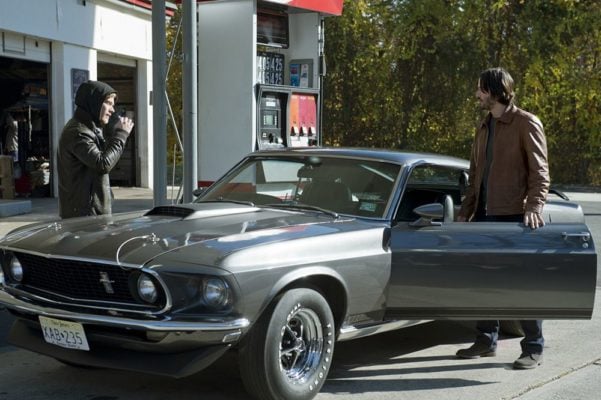 Keanu Reeves is not one of those actors who buy cars to match character roles, but the Mercury Grand Marquis Colony Park from the Bill & Ted movies deserves a mention, regardless. This car was the go-to ride for some of the funniest scenes in Hollywood history, and with a new Bill & Ted adventure on the horizon, it demands a place in any conversation about Keanu's rides. It was a classic station wagon, with wood-look paneling and plenty of room. The Grand Marquis is pretty much as far from a sports car as you can get.

Keanu Reeves is known to be one of the top drivers in Hollywood, but he also brings those same skills to the back of a bike. In Chain Reaction, the action icon drove through some amazing scenes and plenty of explosions on the back of a Kawasaki Kz1000. Even with all of the chaos going on, the bike came through filming just fine. It's inline four-cylinder engine delivered plenty of speed topping out at 132 mph, and some serious power with up to 90 hp depending on the model year. 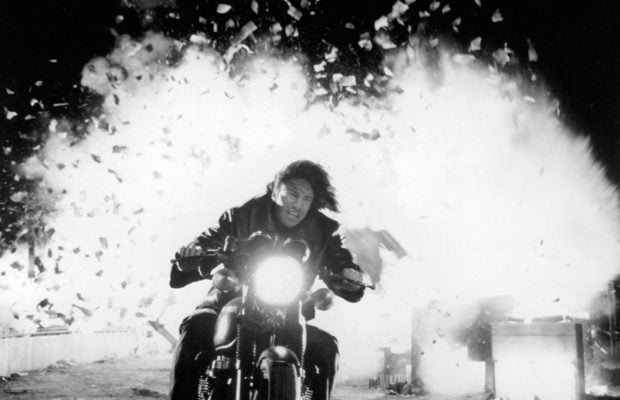 Ever wondered how Keanu Reeves learned to drive an early Mustang so well? He's had plenty of experience. John Wick is just the most recent example, but Keanu also drove a 1970 Mustang Mach 1 in Point Break, one of his earliest hit films. Filmed in 1991, Keanu starred as an FBI agent and tore up some streets behind the wheel of a yellow Mach 1 with black racing stripes. Side by side with Patrick Swayze, a young Keanu learned the ropes of trick driving for the movies. 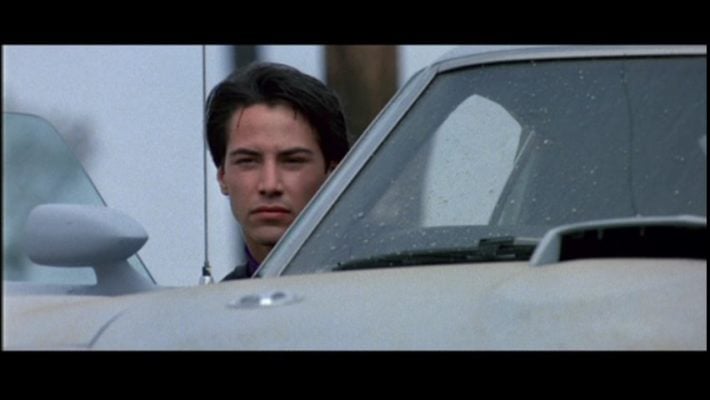