What 1970 muscle car has a fastback design, 340 cubic inch engine, and does zero to sixty in 6.2 seconds? Gearheads put your hands down. It's not the Mustang fastback which with a 429 does 5.5 seconds. It's the Plymouth Duster, which suffers from, among other things, an incomplete transformation from the Valiant. The front half just doesn't have the appeal of the famous Ford product (which is actually a "pony car"), but the rear half can lay down rubber really well. Here's a selection of other cars which don't pull six figures at the auction, but don't deserve being in the shadow of the muscle car stars. Let's take a trip into the driveways of America to see what cars people love and put their energy and time into. Especially if they're underrated. Some were marketed with cute names like Scamp and Twister. While some inspired odd nicknames on the street, like Bisquick. Which of the following cars had that name?

The Dodge Dart line arrived pre-muscle era in 1960. In the mid-60s it stood out with bug-eyed headlights and a push-button transmission shifter. By 1971 it was scaled down in size, but Dodge saw it as a way to reach out to the growing stock performance market. It was one of the first vehicles to offer a cassette player, also. Maybe the name and the cute little demon decal tarnished it somehow? Dodge's three-pronged marketing strategy was one part style, one part engine, and another part weird names. The demon raised protests from some; swinger didn't do much better. 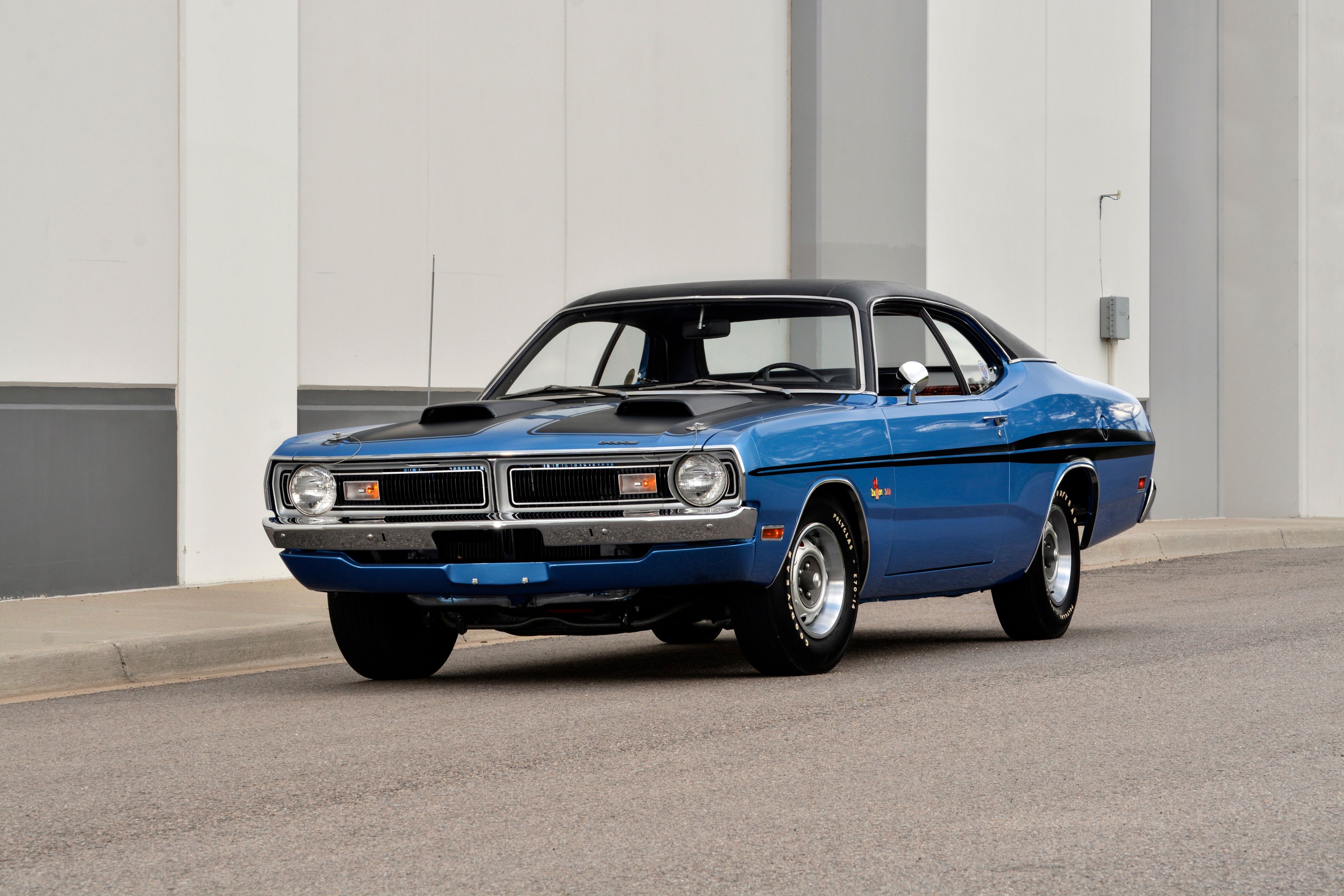