Who Were the Ancient Greek Gods?

The Ancient Greeks didn't believe in only one God. Like the Ancient Egyptians and the Romans, they believed in a pantheon of gods and goddesses, where there was a god for every aspect of human existence. According to Greek mythology, the gods lived above Mount Olympus, the highest mountain in Greece and where the Olympics got their name. The gods and goddesses of Ancient Greece had temples and statues built for their worship. Ancient Greeks also spun tales in which many of their gods were featured, and those tales still have an impact on Western heritage and language to this day.

Zeus, King of the Gods

The most powerful god of all was Zeus. He was king of the gods on Mount Olympus, ruling both the world and heaven alike. As well as being the revered ruler of all gods and men, Zeus was a sky god, and as such was responsible for the weather. Especially thunder. In many pieces of art including sculpture and painting, Zeus is pictured with a lightning bolt in his hand. According to Greek mythology, if you crossed Zeus, you could be stricken by that lightning. 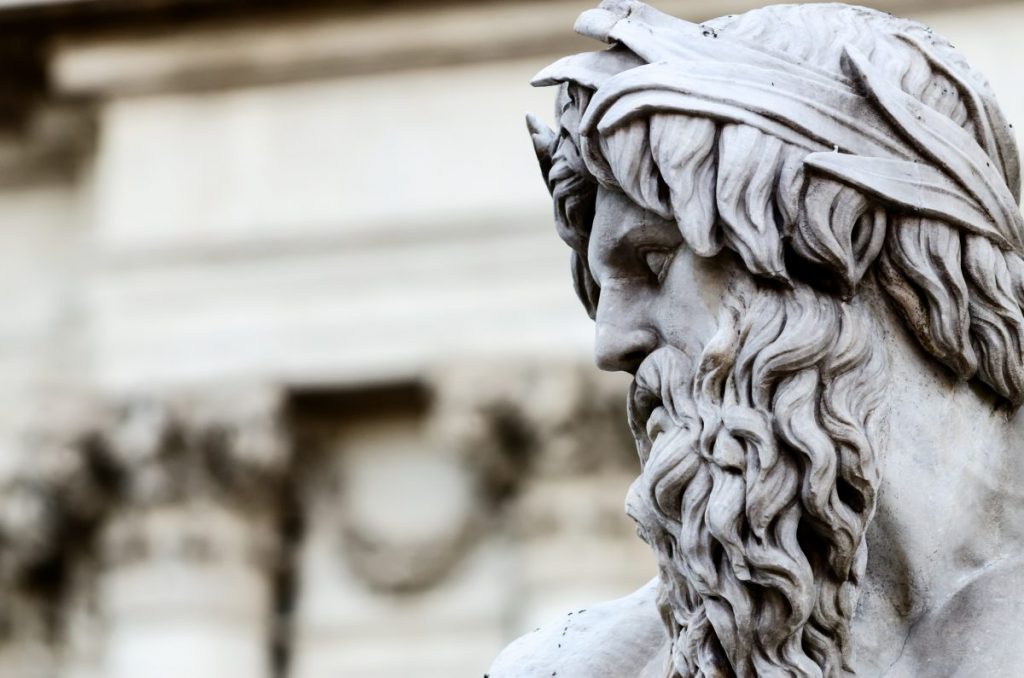 As the god of art and music, Apollo is often armed with an old instrument called a lyre. He was also one of the most important gods in Ancient Greece, ruling over many things. Apollo is also the god of medicine, the sun, and of knowledge. One myth tells of Hermes, the messenger god, and Apollo's then-baby brother, creating a tortoiseshell lyre. Before doing so, he had stolen and hidden Apollo's cattle. When Apollo heard the music from the new lyre, he knew that it had to be his. He then forgave Hermes for stealing the cattle and offered them in exchange for the instrument. 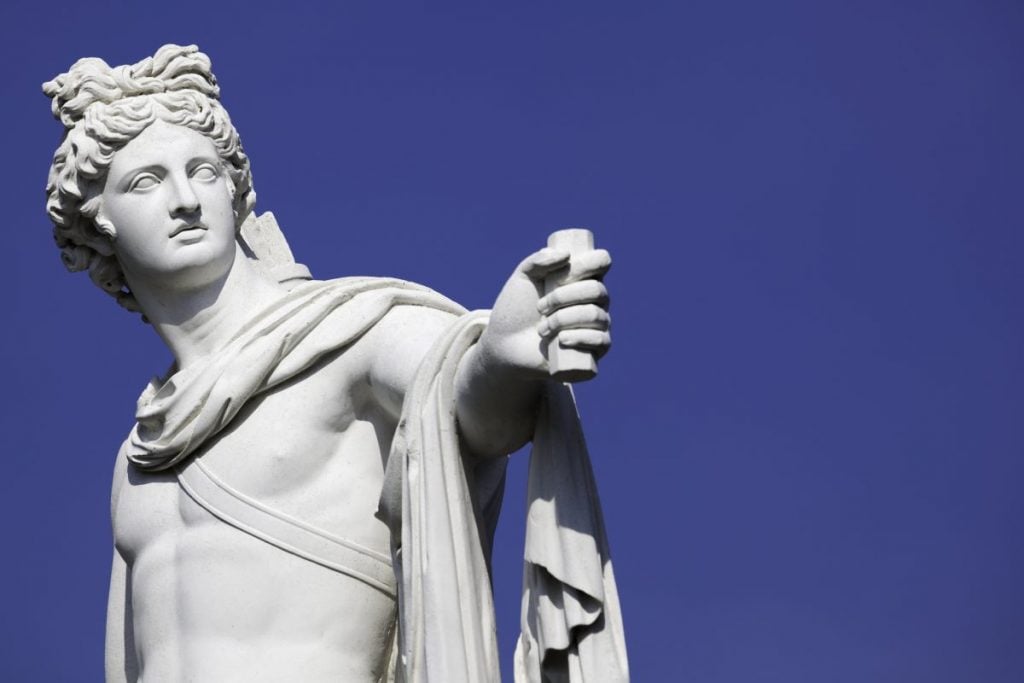 Poseidon is the god of the sea and storms. He was the brother of Zeus and Hades. Notably, he was a very vengeful and bad-tempered god, armed with the trident that artists depict him with to this day. When angry, legend has it he would strike the ground with his trident, causing earthquakes, storms at sea, and tsunamis. For hundreds of years, sailors relied upon his goodwill for safe passage. Some sailors even still do so today. 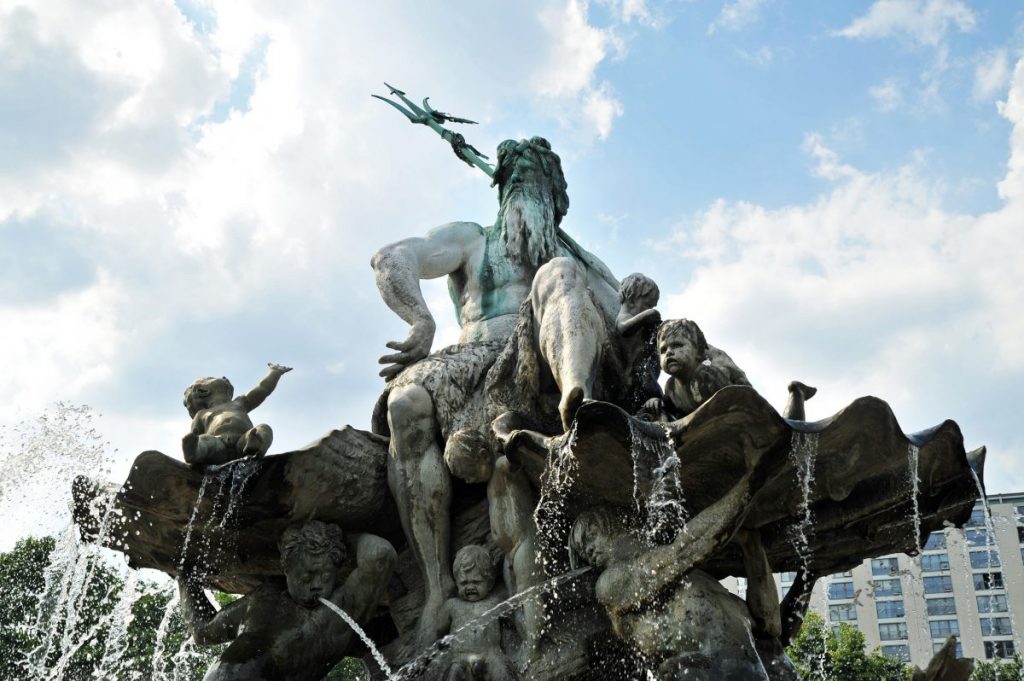 One of the most notable Greek gods is Athena, the daughter of Zeus. The Ancient Greeks believed her to be the god of wisdom, courage, and war, for which she's most linked. According to Greek mythology, Athena was born from Zeus's forehead. As one story tells, Zeus swallowed her mother, Metis, whole, worried that she would birth a child more powerful than he. Although Metis was nowhere to be found, the child was still born. Athena is also the goddess of law and justice, and so is depicted outside of many law courts around the globe. 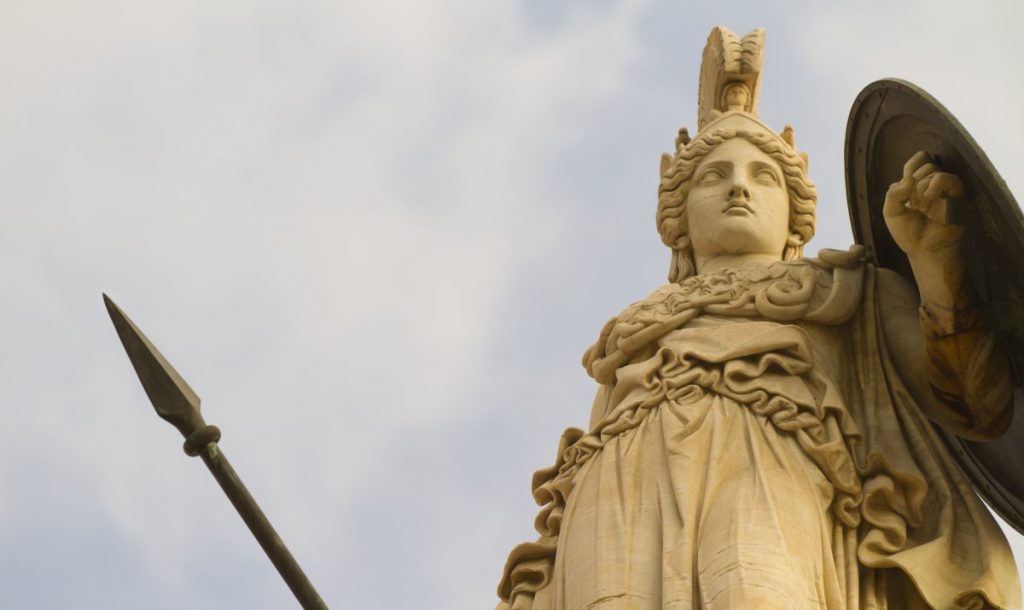 Of all of the Ancient Greek gods and goddesses, Dionysus might be the hardest to explain. He was the god of wine, fertility, and ecstasy. As well as this, he was the protector of the misfits and the outsiders. He was the son of Zeus and a mortal mother, making him the only one of the gods to have human blood. Dionysus was a joyous god who experienced emotions like all humans. He held parties, traveled the world, and taught man how to make wine. Because of this, a cult formed around him. 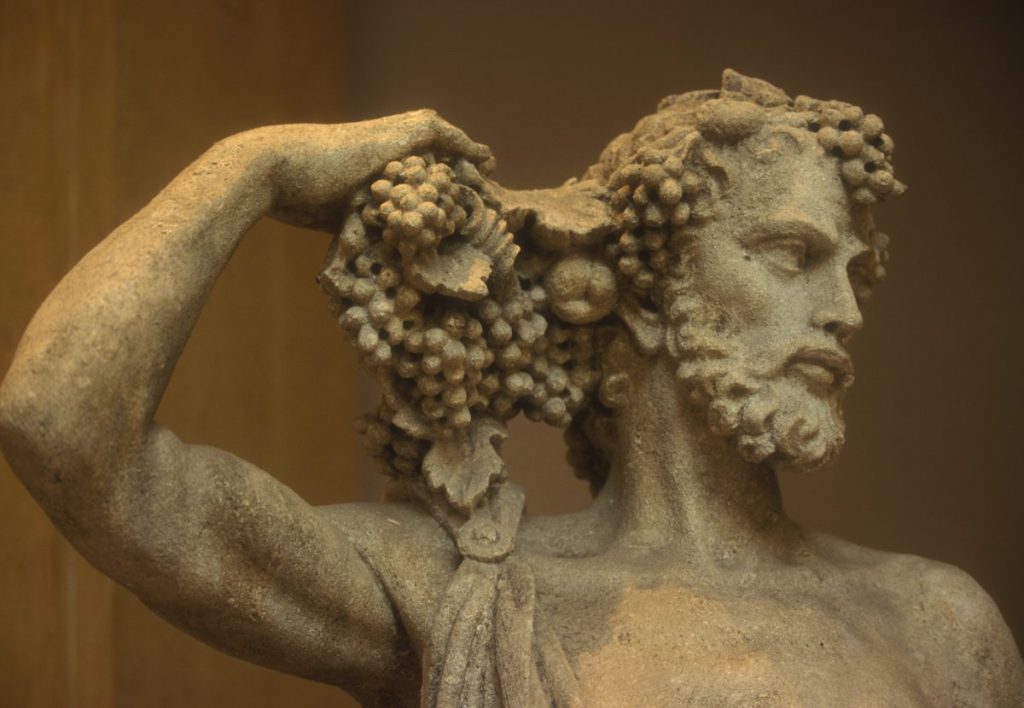 Ancient Greeks believed that Aphrodite, the goddess of love, was created from seafoam off the coast of Cyprus. Aphrodite was the most beautiful of the gods, and her beauty sparked wars between the gods. She had many lovers, both mortal and immortal, even while married to Hephaestus, the god of fire. Aphrodite didn't believe in virginity or sleeping with only one person. Furthermore, the Ancient Greeks loved her for that. 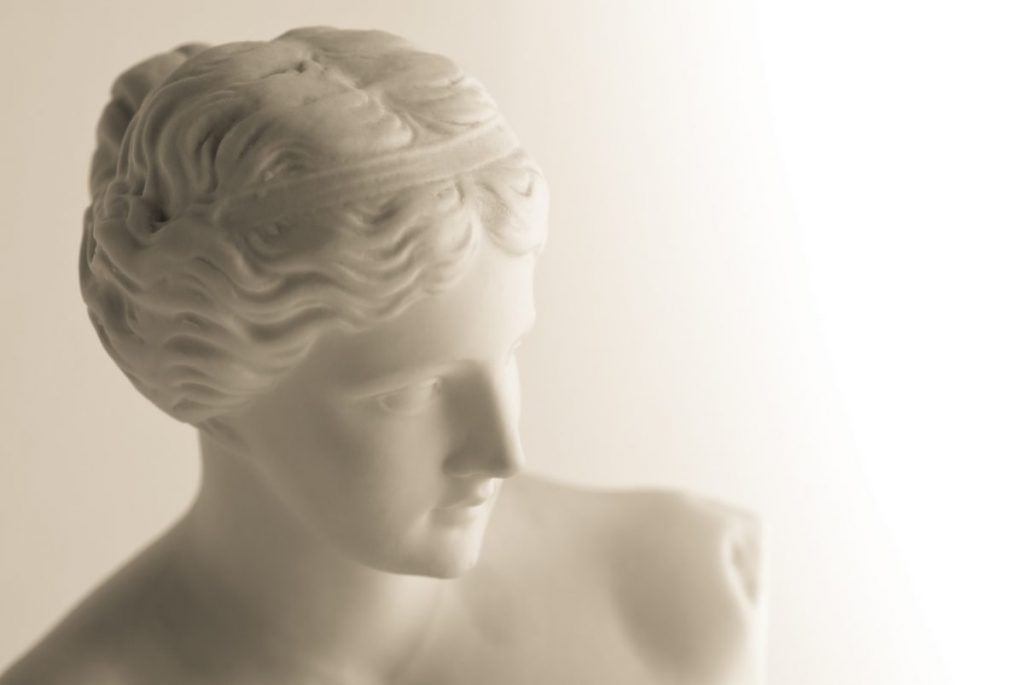 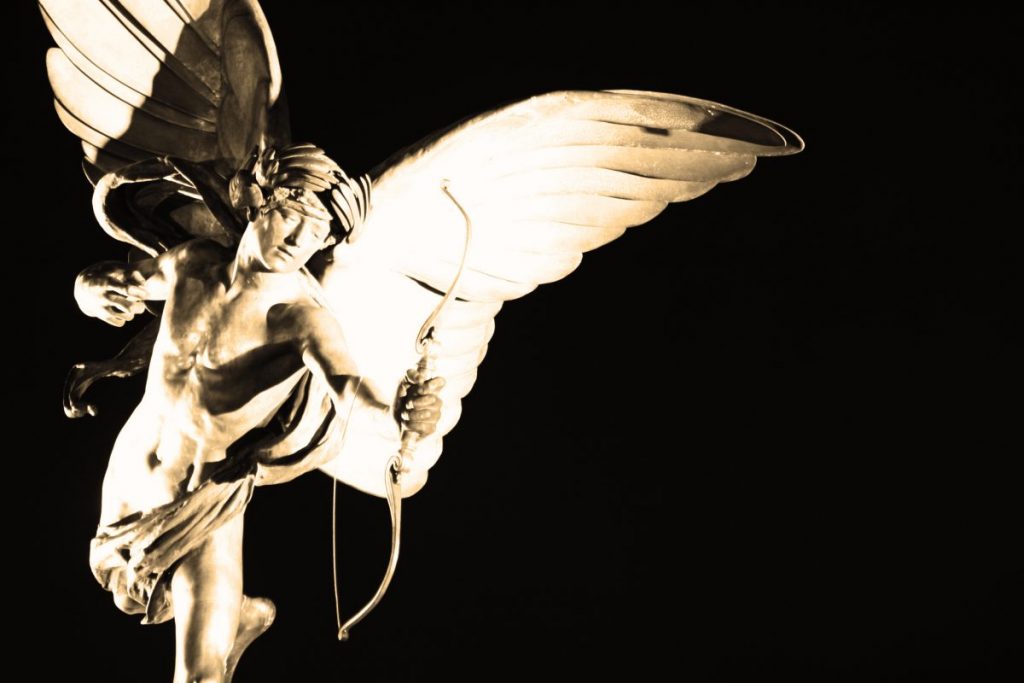 If Athena was the goddess of the strategy of war, it was her brother, Ares, who represented the violence of it. Because of this, he was known as the God of War. Despite his physical stature, which was strong and aggressive, Ares was allegedly a coward. One of the least popular gods to the Ancient Greeks and their mythology, there aren't many stories about Ares that don't make a joke out of him. 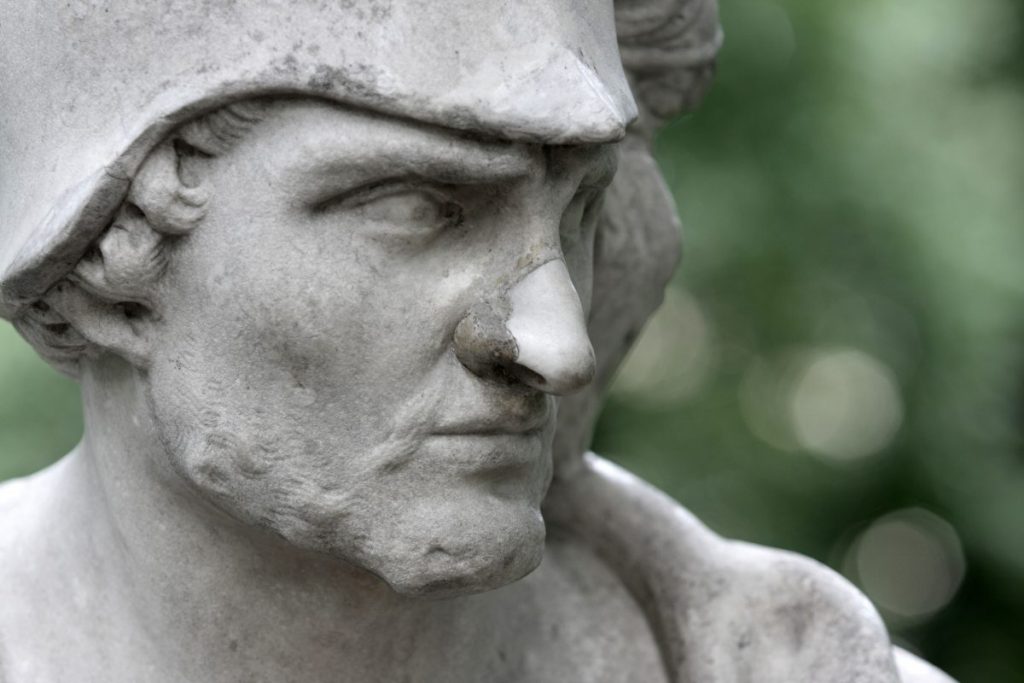 Queen of the gods and, Hera was the goddess of women and family. The Ancient Greeks worshipped Hera widely, with some of the most important temples in the country being built for her. Despite being the queen of the gods and, thus, Zeus' wife, she was also his sister. She loathed all of her husband's lovers and therefore took her anger out on adulterous husbands. Hera was also known as the Queen of Heaven, and even Zeus was afraid of her. 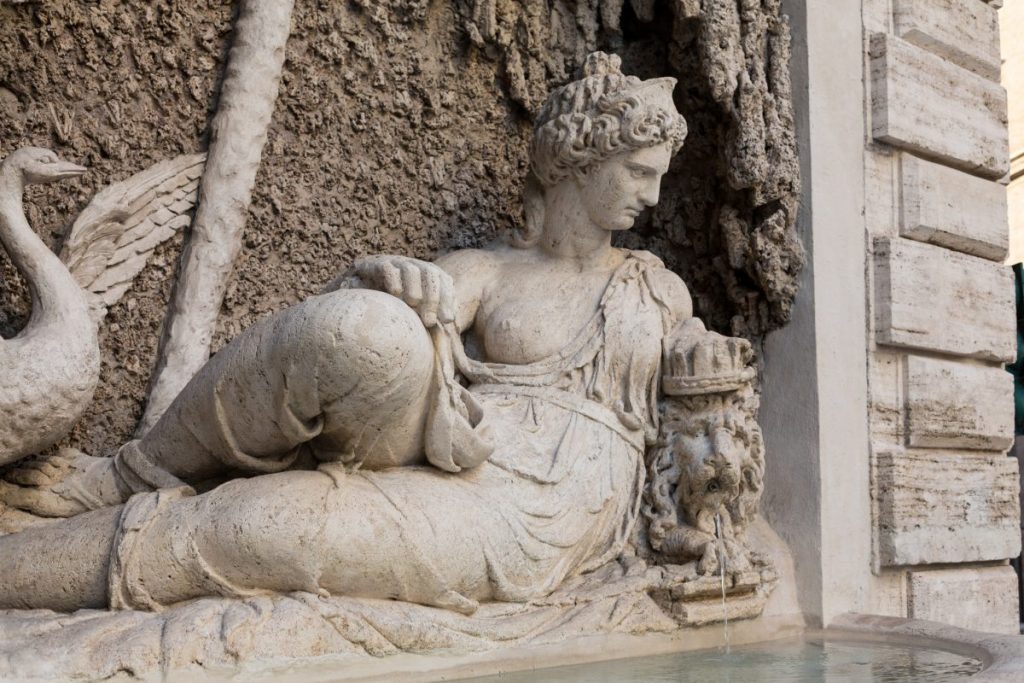 Artemis is the goddess of the hunt and the moon. She was the twin sister of Apollo, although mythology sometimes states that she was born a day before him. As the protector of chastity and the nurturer of youth, many young women worshipped her. However, in wider Greece, she was seen as more of a secondary god than her twin brother. Artemis was happiest when she was in the forests, hunting and protecting animals. Because of this, statues of her are usually accompanied by a dog or a deer. 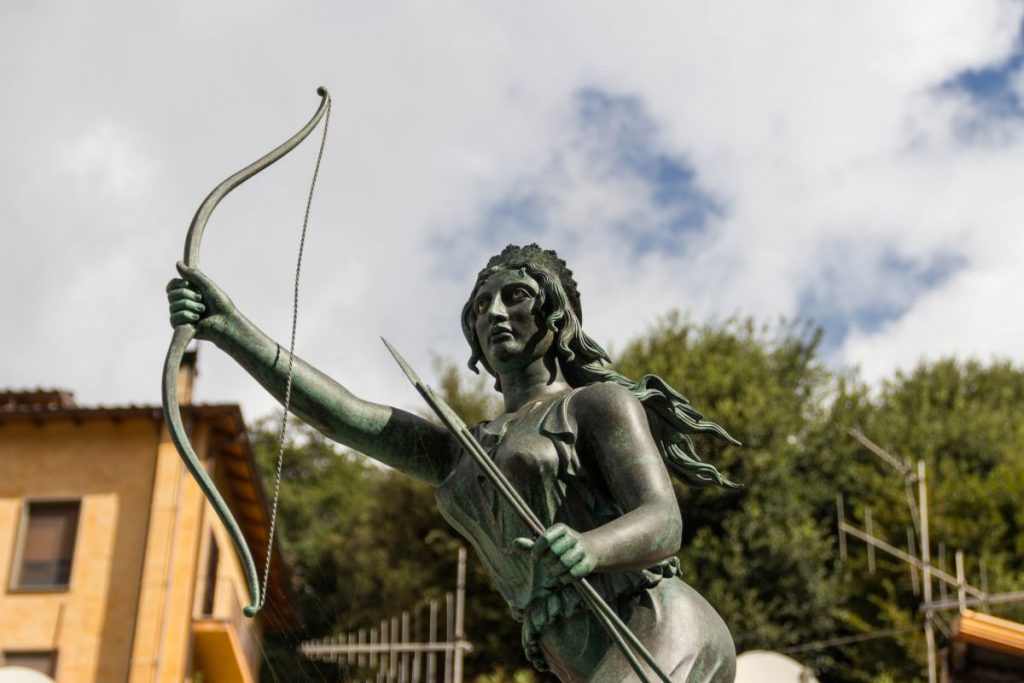