Who Were America's Founding Fathers?

The United States of America was a collaboration among several brilliant men, focusing on enlightenment and the concept of equality for all men, regardless of birth. We use the term "Founding Fathers" to refer to the men who shaped the concept and destiny of America, including diplomats, inventors, soldiers, and philosophers. Each of the following Founding Fathers had a unique contribution to the concept of democratic government by the people, for the people. Working together, these leaders determined a workable frame of government that is now a model for citizen-guided rule throughout the world.

George Washington was a gentleman landowner and veteran soldier by the time the colony declared their independence from England. With service as a field officer in the French and Indian Wars, Washington was a solid choice to lead the fledgling militia and unite the disparate colonial armies. Although Washington suffered some of history's most famous routs, his flexibility and strategic battle plans, as well as his charismatic leadership of war-worn troops, made him successful in the end. Using training from elite German Hussars, Washington created a cohesive fighting unit. As president, Washington realized the importance of leading through merit and avoiding the European tradition of kings ruling until their death. His decision to leave office after 8 years set a precedent that facilitated popular rule in the county. 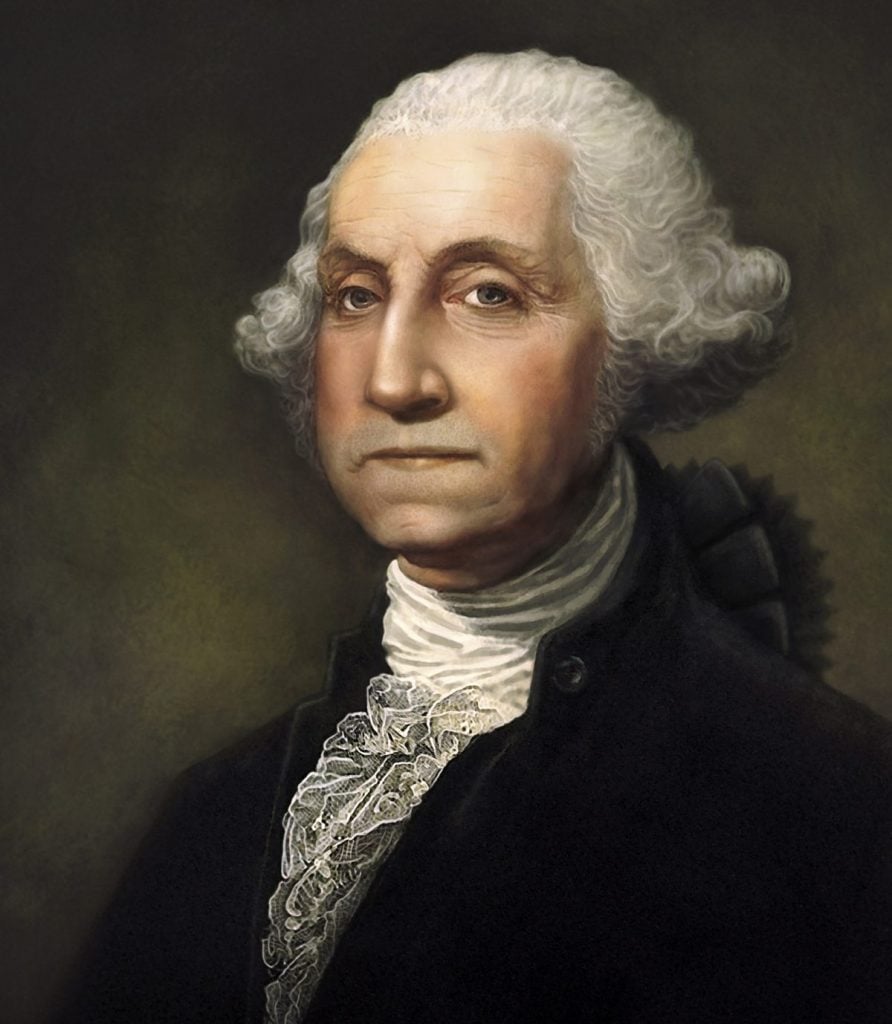 Long before he was the star of a popular Broadway musical, Alexander Hamilton shaped the future of American economic policy. As the first Secretary of the Treasury, he argued for the formation of a national bank. A strong proponent of a central government, Hamilton worked passionately to have the U.S. Constitution ratified, bringing the thirteen disparate colonies together into a fledgling nation with a united legal framework and shared values. He wrote the majority of the Federalist Papers, arguing for a centralized government and a living document, the Constitution. The foresight Hamilton had for an amendable frame of government has made it possible for the United States federal rule to evolve as culture and technology changes. 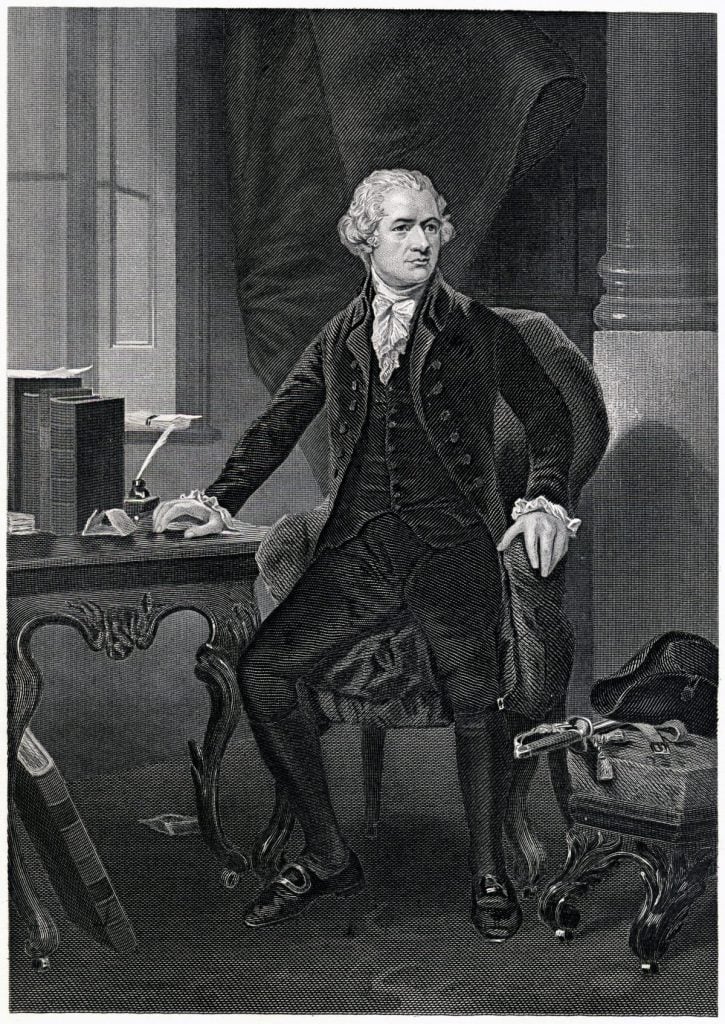 Benjamin Franklin is best known as a prolific inventor, although his biting wit, in the form of Poor Richard's Alamanack displays his quick thinking and cleverness. These traits also made him an extraordinary diplomat rallying support for the colonies from European nations. As an elder statesman by the time of the Revolution, he was instrumental in drafting the Declaration of Independence and reining in some of the more hotheaded patriots. As part of the Constitutional Convention, his common sense helped shape the document into an acceptable federal government for the disparate colonies. It's his diplomacy in France during the war, however, that truly helped the young colonies gain independence from Britain. With persuasion and charm, he easily swung the French King to the side of America. 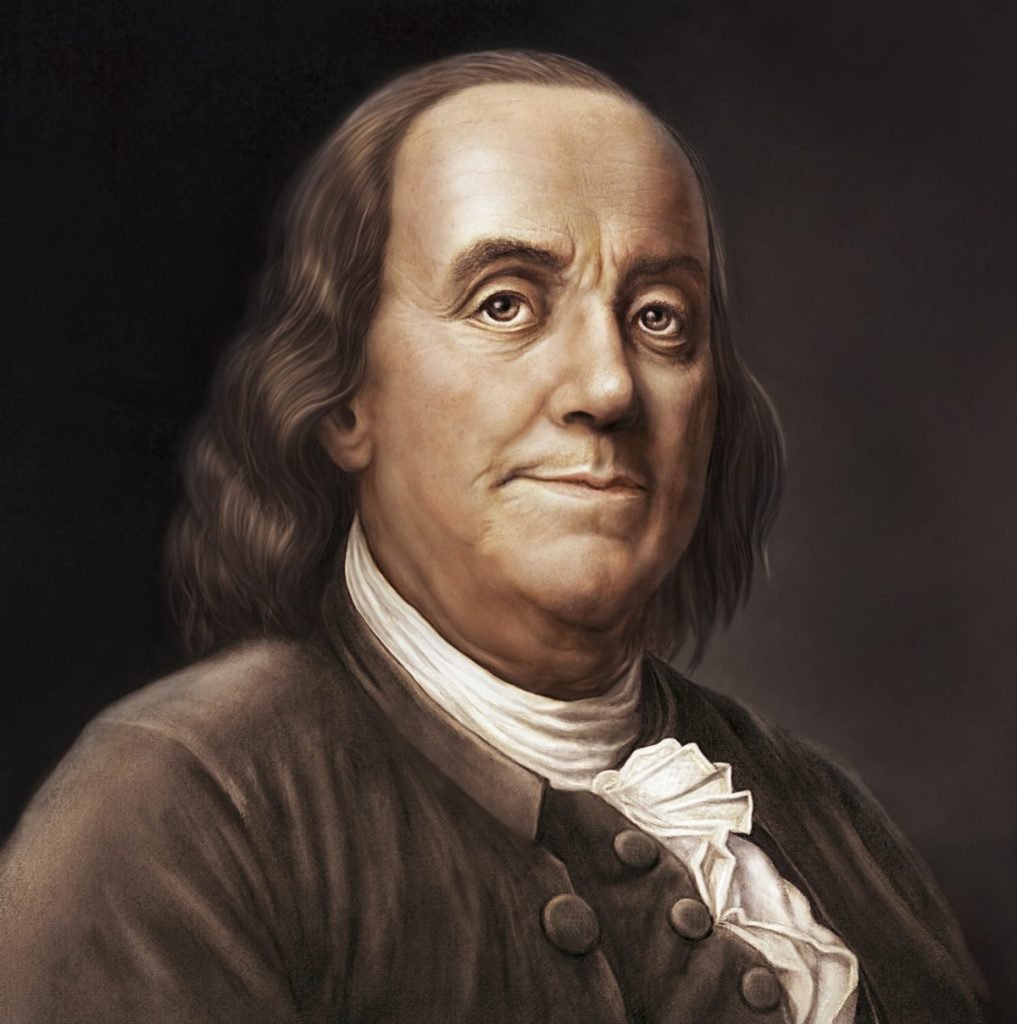 John Adams was a distinguished lawyer from Massachusetts, responsible for drafting part of the U.S. Constitution, and later negotiating the Treaty of Paris alongside Benjamin Franklin in 1783, ending the Revolutionary War. His conservative approach to government is reflected in both the U.S. Constitution and the Constitution of Massachusetts, which is still in use by the state to this day. He was also responsible for urging the promotion of George Washington to the colonial army commander, serving under Washington as Vice President and later being elected President in his own right. 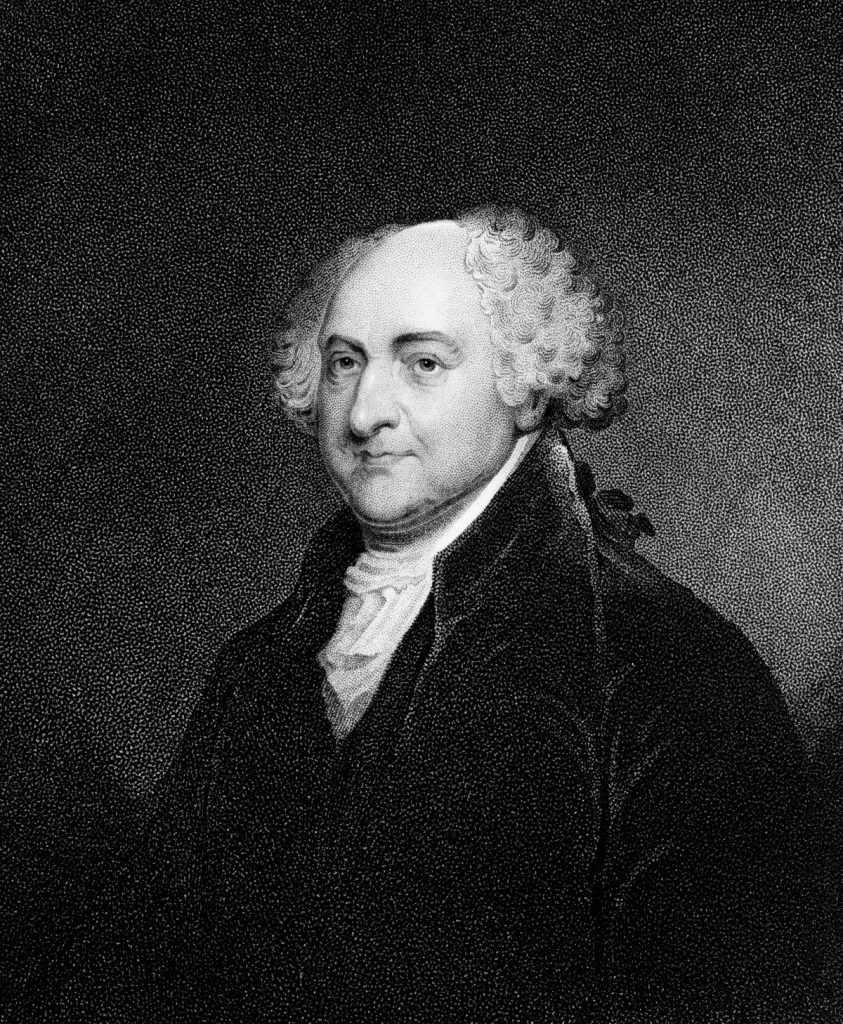 Thomas Jefferson is known best for penning the Declaration of Independence, although this was a collaborative project amongst a small committee of the country's founders. He also accompanied Benjamin Franklin to Paris as an ambassador to France and helped negotiate the 1783 Treaty of Paris. Jefferson served as Vice President under John Adams, his main political rival, and then President in his own right after. In an interesting coincidence, both Jefferson and Adams died on the 50th anniversary of the signing of the Declaration of Independence, a document bearing both of their "John Hancocks." 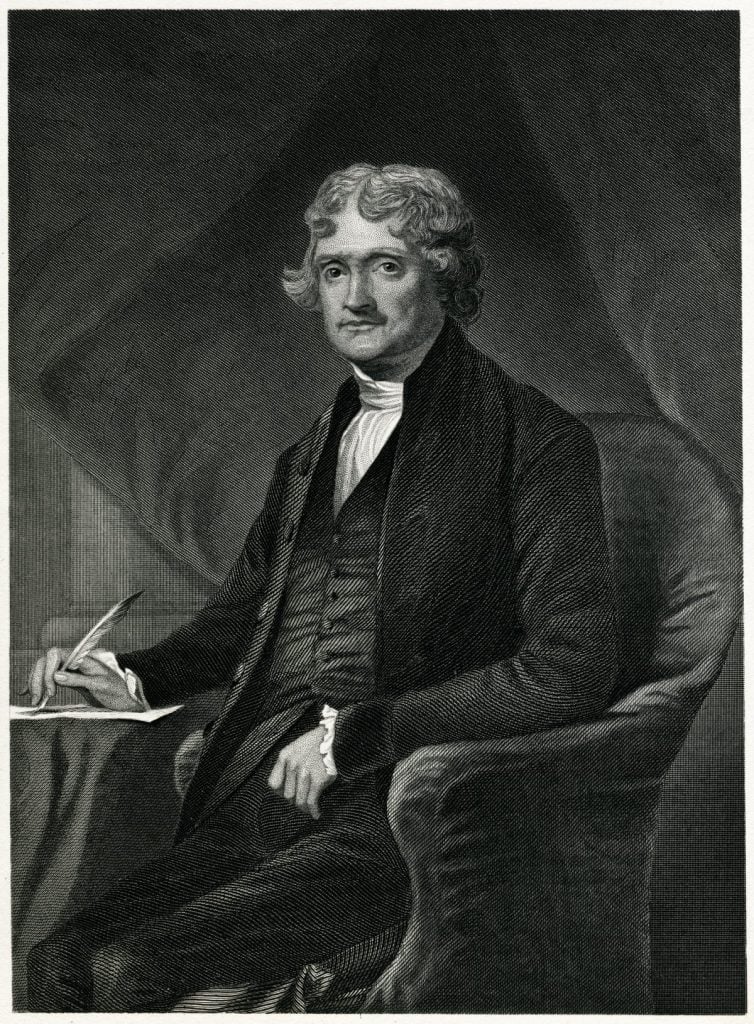 Known as the Father of the Constitution, James Madison had a large hand in writing it. Although the constitution was a collaboration of the First and Second Constitutional Committees, Madison penned most of the document itself. In addition, he authored the Bill of Rights, or the first ten amendments to the constitution. This procedure of amending an existing government document, versus crafting an entirely new one, allowed the US Consitution to be a living document. Madison went on to succeed his friend and political colleague Thomas Jefferson as the 4th Presidnet of the United States. 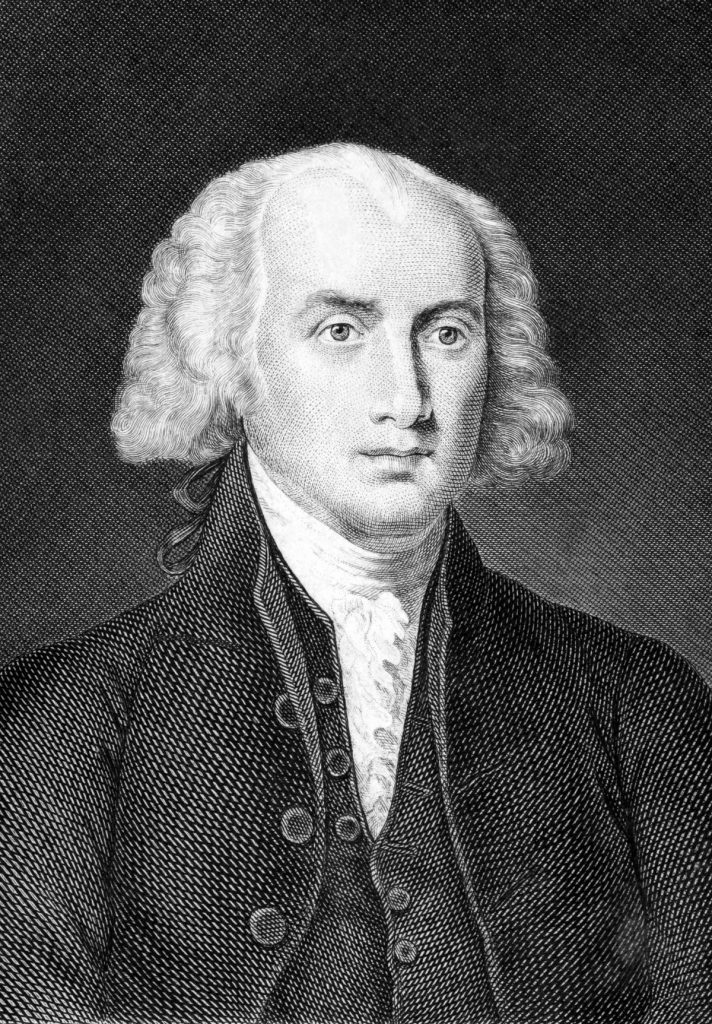 Although John Jay wasn't as firey of a patriot at the outset of the revolution - in fact, he advocated reconciling with England initially, once war broke out, he quickly joined the fighting alongside his American countrymen. He was a noted military commander who wen ton to become the governor of New York immediately following the action. Once the Supreme Court was established by the Constitution, Jay was appointed the Court's first Chief Justice. 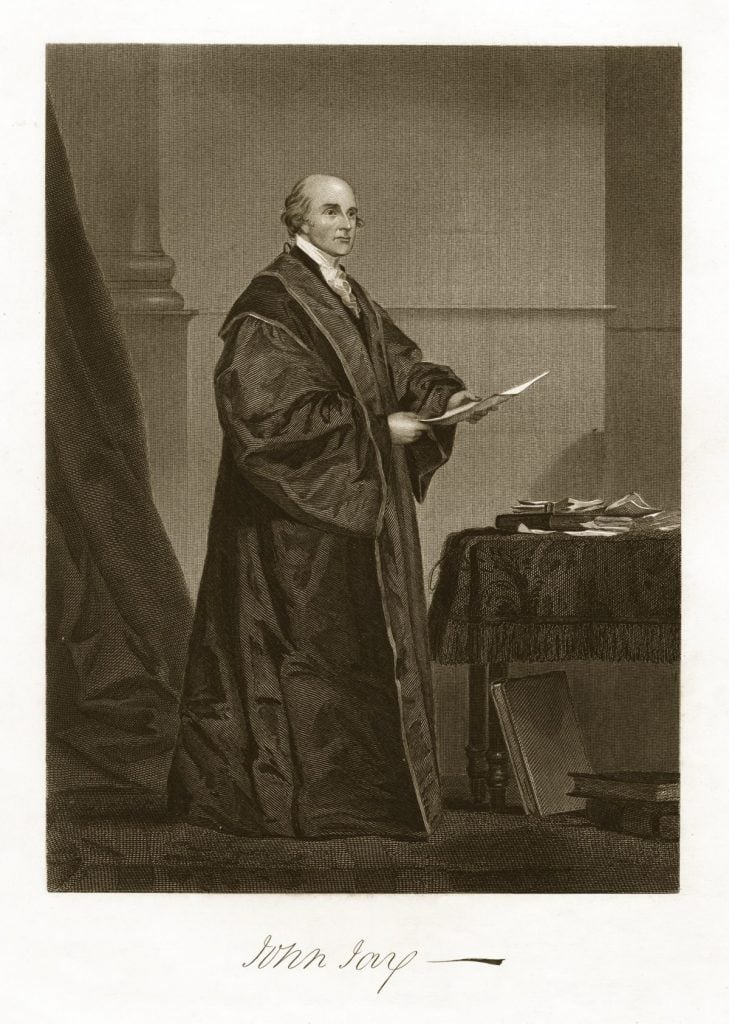 Although brew-lovers through the country may know Sam Adams best for the collection of tasty beers, this Founding Father (who was actually a New England brewer, professionally!) was one of the earliest to advocate for independence from Great Britain. As one of the founders of the Sons of Liberty, Adams was also responsible for the "Boston Tea party" protest against unfair tariffs for tea, paper, and other imported goods. He was a delegate to the first and second continental congresses, as well as one of the drafters of the Articles of Confederation, the precursor to the Constitution. 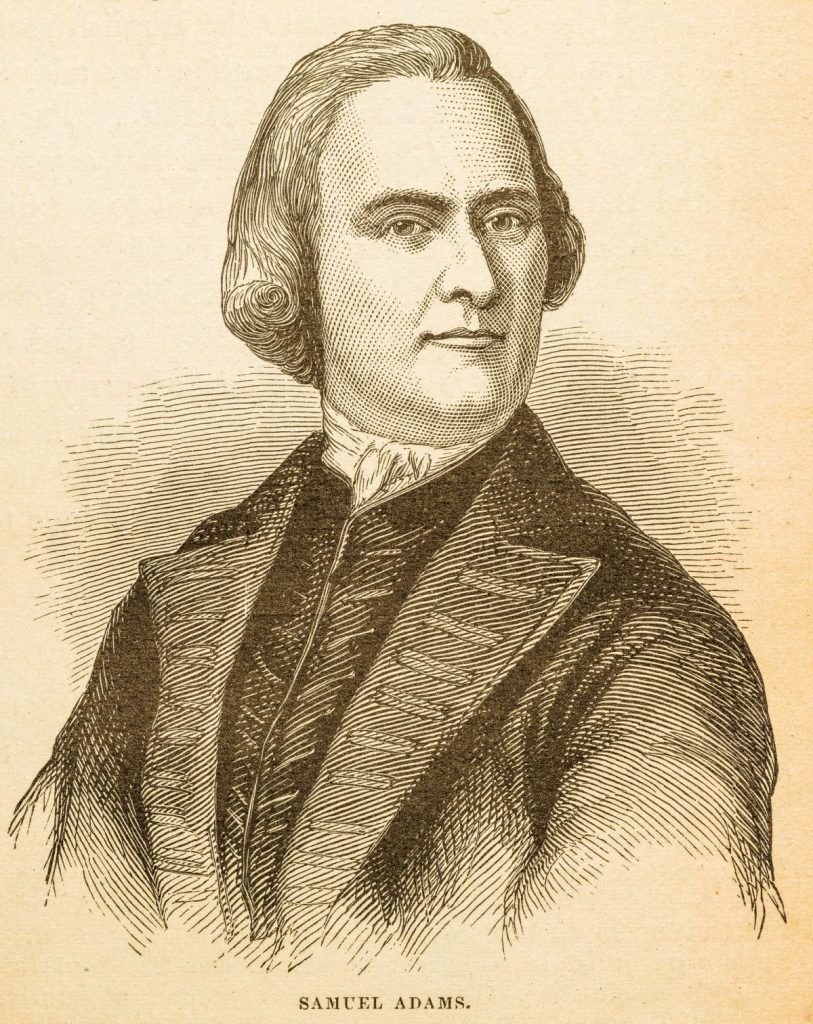 Thomas Paine was one of the philosophers behind the American Revolution. His pamphlet, Common Sense, advocated for the "summer soldier and sunshine patriot" to take up arms against the English, and establish a free nation, ruled by the people, for the people. He may have been America's first propagandist, advocating separation from Great Britain, and then again during the war, spurring soldiers on to continue fighting with his pamphlet The Crisis. 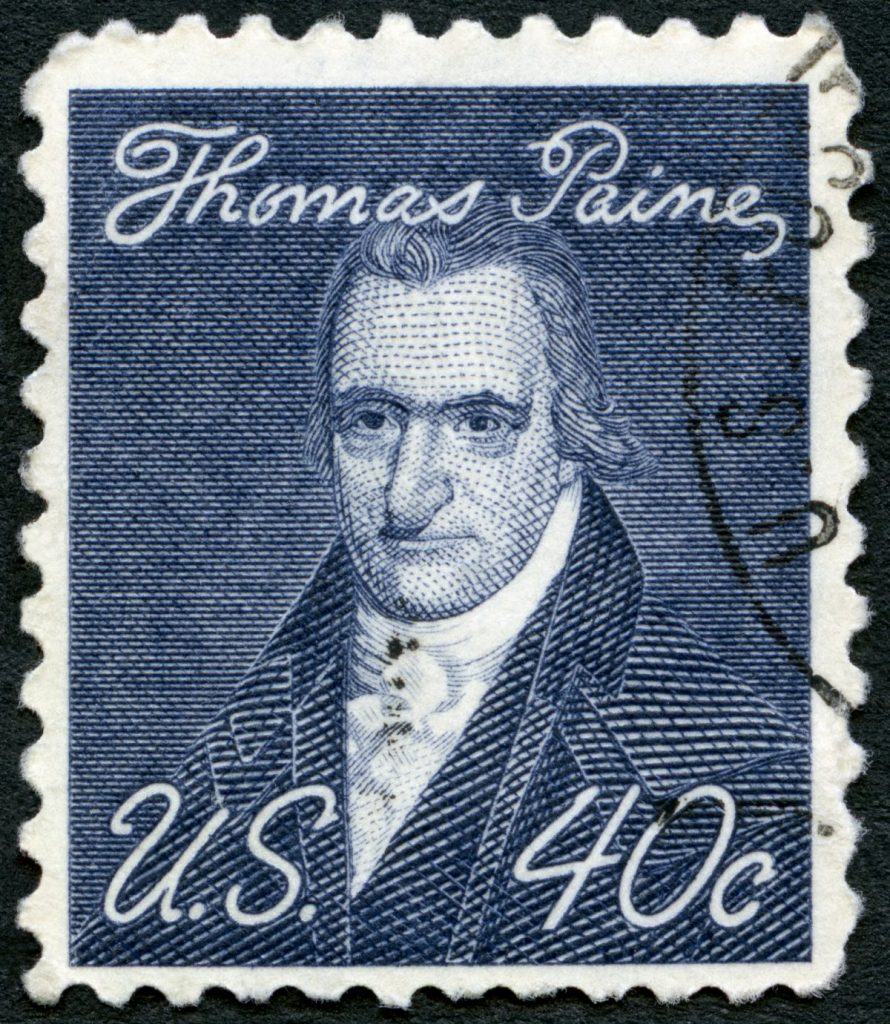 This impassioned speaker is best known for his speech decrying "Give me Liberty, or give me Death!" A radical revolutionary from the outset, he was governor of Virginia during the revolution, one of the wealthiest an most populous colonies. As leader of one of the largest and wealthiest colonies, he strongly disapproved of a strong Federal government, speaking out against the Constitution as it was and advocating for the inclusion of the Bill of Rights. 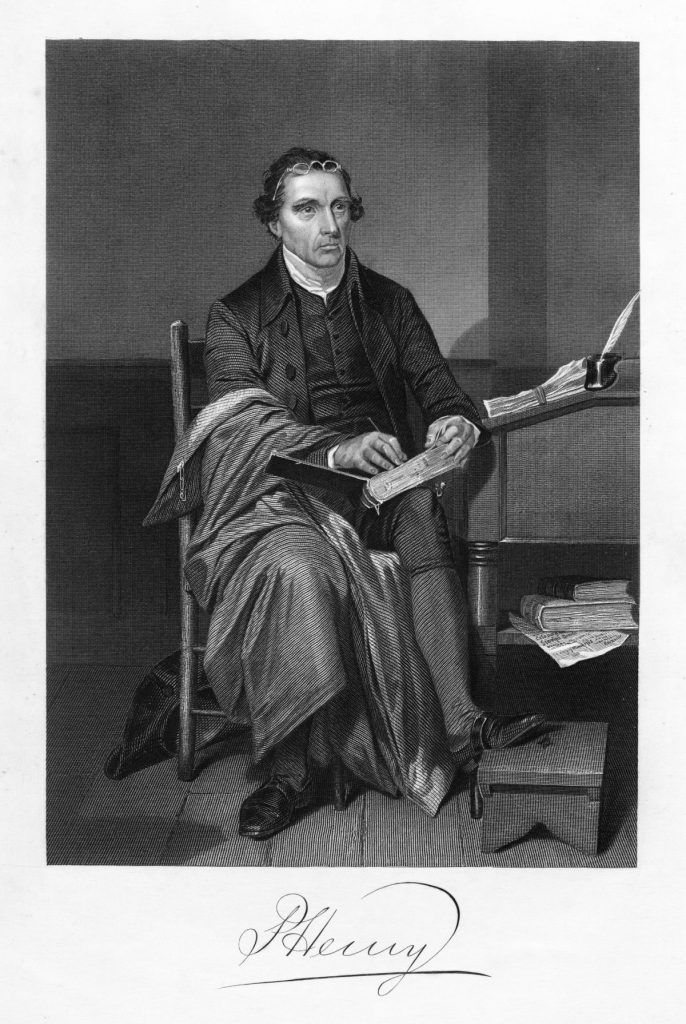