Who Was Leonardo Da Vinci?

Leonardo da Vinci lived during the Italian Renaissance, and is often referred to as the "Renaissance man." He was a brilliant scientist, engineer, painter, and architect. The most famous works of Leonardo da Vinci are the "Mona Lisa" and "The Last Supper."

Leonardo da Vinci was born on April 15, 1452, in the town of Anchiano in Tuscany, now Italy. He was born out of wedlock and was an illegitimate child originally called only Leonardo or "Il Florentine" after his home in Florence.

Leonardo's father was a local lawyer and sent him to Florence as an apprentice to Andrea del Verrocchio, a sculptor and painter. Da Vinci became an independent master artist in Florence’s Guild of Saint Luke in 1478 at the age of 20. He moved to Milan to work for the Sforza family in 1483. The Sforzas were the ruling family at the time, and they hired da Vinci as an engineer, sculptor, painter, and architect. Milan was invaded by the French in 1499, forcing the Sforza family to flee, and da Vinci to return to Florence. 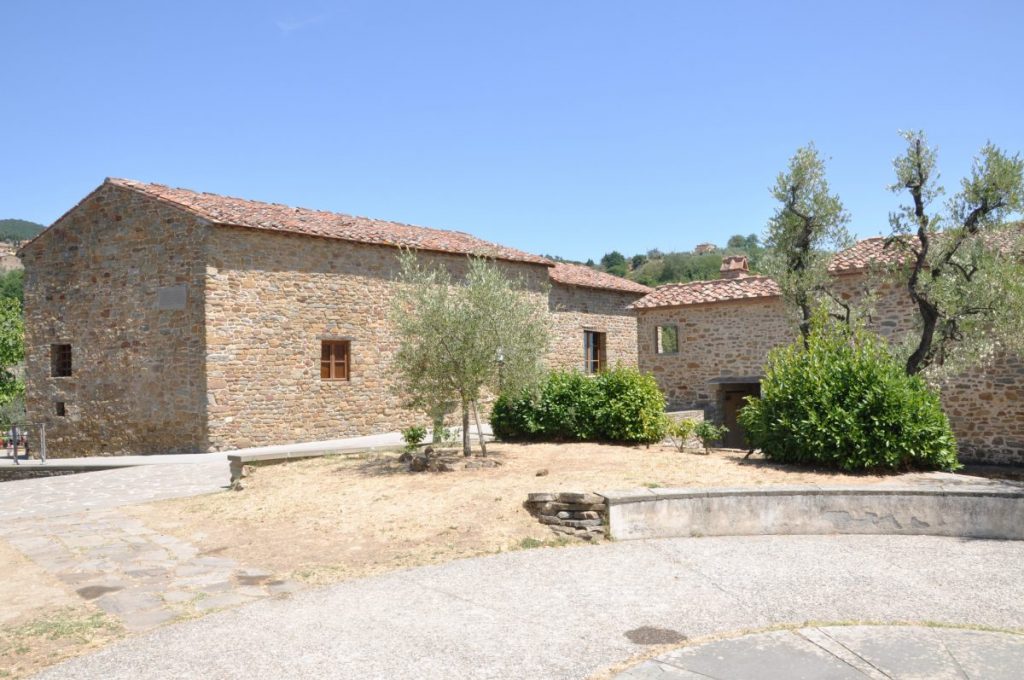 Lorenzo de' Medici, the ruler of Florence in 1482, hired da Vinci to create a silver lyre as a peace offering for Ludovico Sforza. Leonardo pursued work with Ludovico after finishing the lyre. He drew plans for war chariots with mounted scythe blades, an armored tank driven by manpower, and an enormous crossbow. Ludovico was impressed with da Vinci's drawings, so he hired Leonardo as a military engineer and artist. 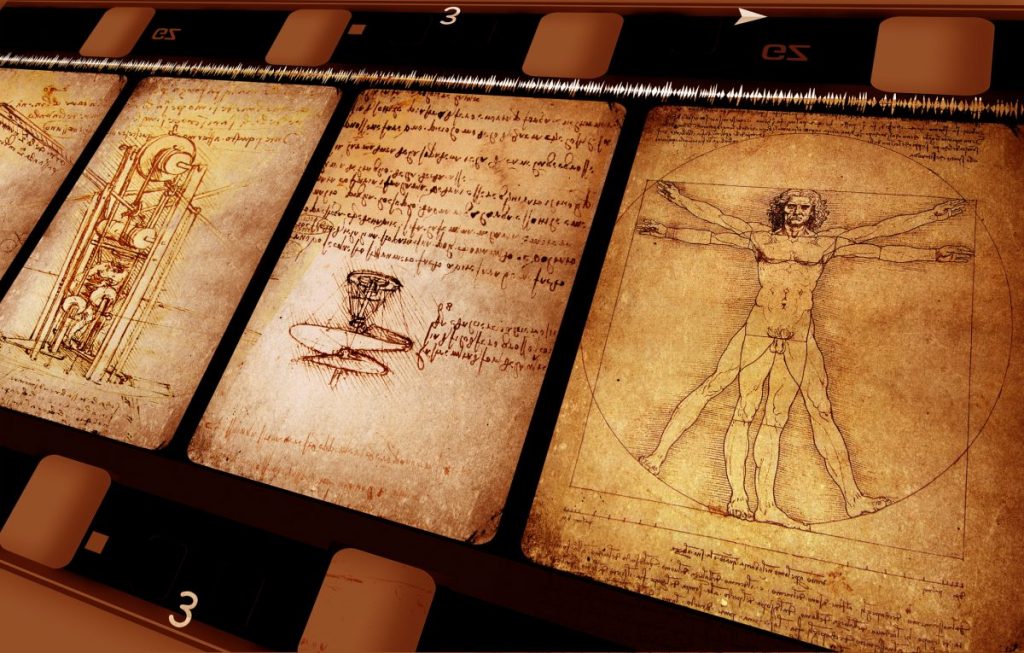 Leonardo and many other Renaissance leaders viewed science and art as integrated disciplines instead of two separate fields. He worked as a military engineer in 1502-1503 for Cesare Borgia, the commander of the papal army. His work led him to travel out of Florence to survey military construction sites, draw city plans, and create topographical maps. He also worked with Niccolo Machiavelli, a diplomat, on a project to divert the course of the Arno River to prevent enemy access during war. 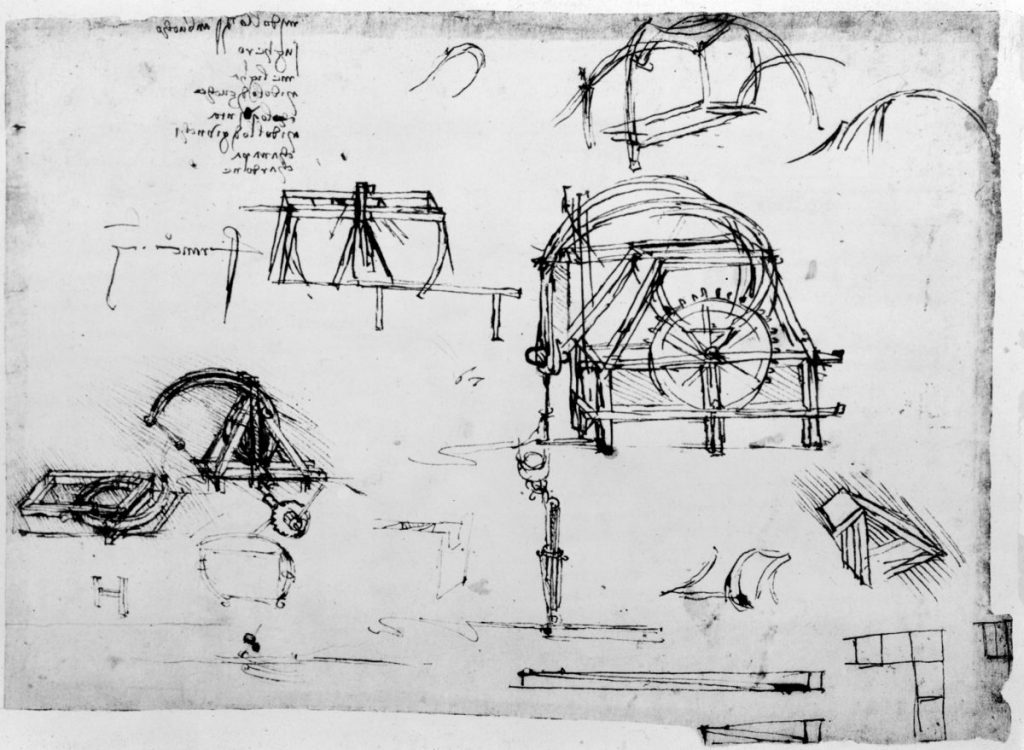 Leonardo da Vinci believed sight was the most important sense, and that eyes were the most important organ. He emphasized "saper vedere," which means “knowing how to see.” Leonardo stated that a good painter must paint a man and the intention of his soul. He studied anatomy in 1480, while he dissected human and animal bodies to improve his own knowledge. The drawings of the heart and vascular system, reproductive organs, bones, and muscle structure documented by da Vinci are some of the earliest in written history. 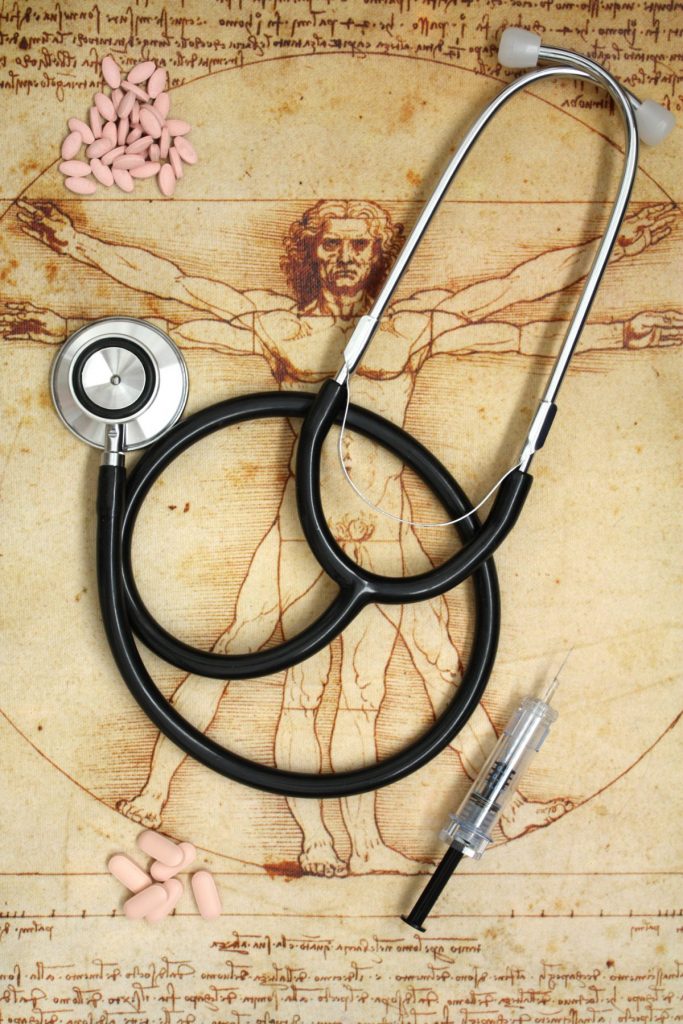 Leonardo da Vinci painted a mural of "The Last Supper" in a refractory of the Monastery of Santa Maria delle Grazie, Milan. He worked on his art at the monastery from 1452-1519. The oil paintings of "The Last Supper" and the "Mona Lisa" were completed during this time as well. Two painting techniques still in use today were developed by da Vinci. Chiaroscuro is a technique using a stark contrast between darkness and light. It gives a three-dimensional aspect to paintings. Sfumato is the process of using subtle gradations of color instead of stark borders. 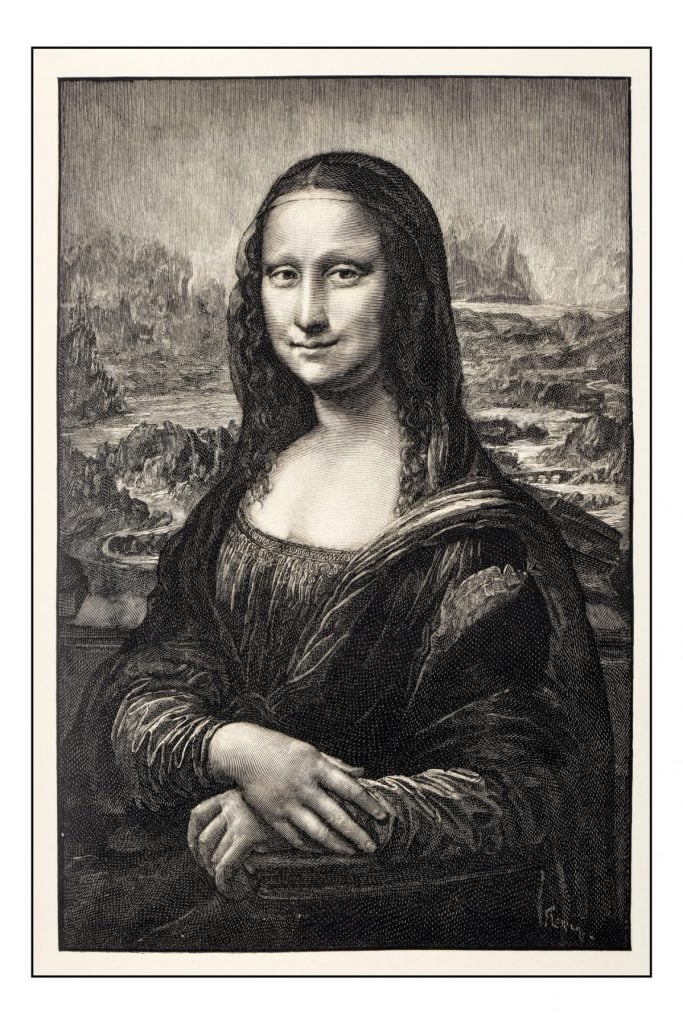 “The Last Supper” on the refractory wall is a tempera and oil mural on plaster with measurements of 15 x 29 feet. The mural portrays the Passover dinner where Jesus stated that one of his Apostles would betray him. Leonardo da Vinci is credited with capturing the body language and facial expressions of the Apostles so well that the emotions are nearly palpable. He positioned the Apostles around Jesus so it was obvious that Jesus was separated from them, even though he was in the center of the group. The mural is used as an example to inspire and teach new artists. 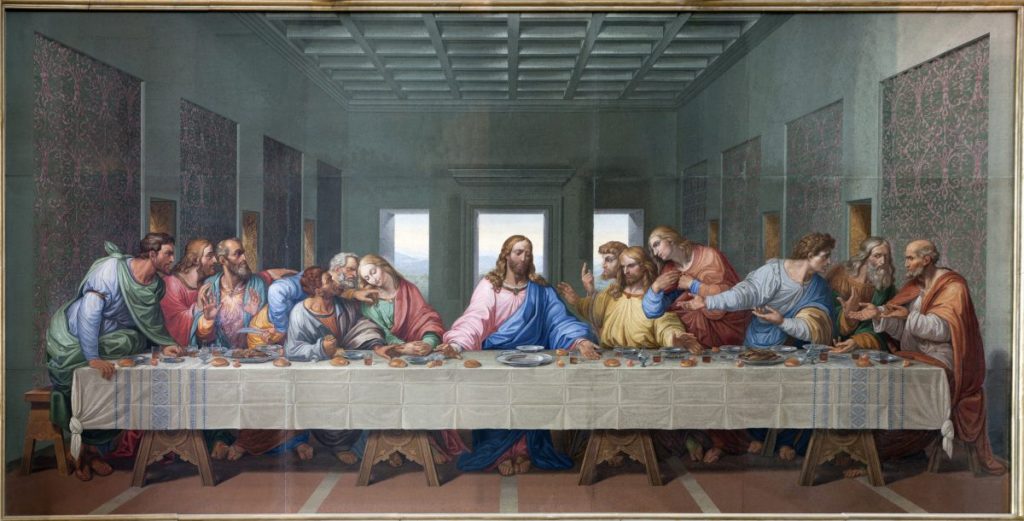 Leonardo had approximately a dozen students and followers by 1506. They spent much of their time with him in Milan. Some of da Vinci's students, such as Bernardino Luini, Giovanni Antonio Boltraffio, and Marco d'Oggiono, went on to become prominent painters and sculptors. Leonardo and his students completed an equestrian figure of Milan's French governor, Charles II d'Amboise. Da Vinci returned to Florence in 1507 when his father died. He was left to deal with squabbling among his 17-19 siblings over his father's estate. Leonardo returned to Milan in 1508 to live out his last years in Porta Orientale. 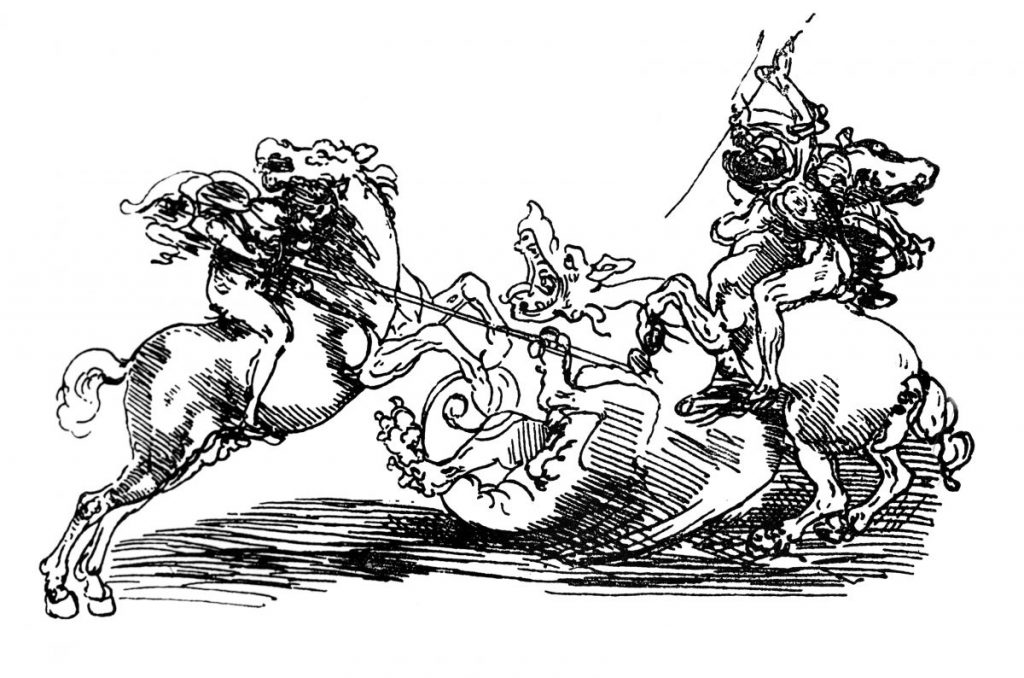 Leonardo da Vinci studied many different subjects, and he incorporated most of them into his drawings. He sketched accurate designs of a bicycle, helicopter, submarine, and tank. He also designed a giant flying bat machine based on the anatomy of a real bat. Leonardo was nearly 500 years ahead of the time, as later most of those machines actually got built. Sigmund Freud described da Vinci as “like a man who awoke too early in the darkness, while the others were all still asleep.” 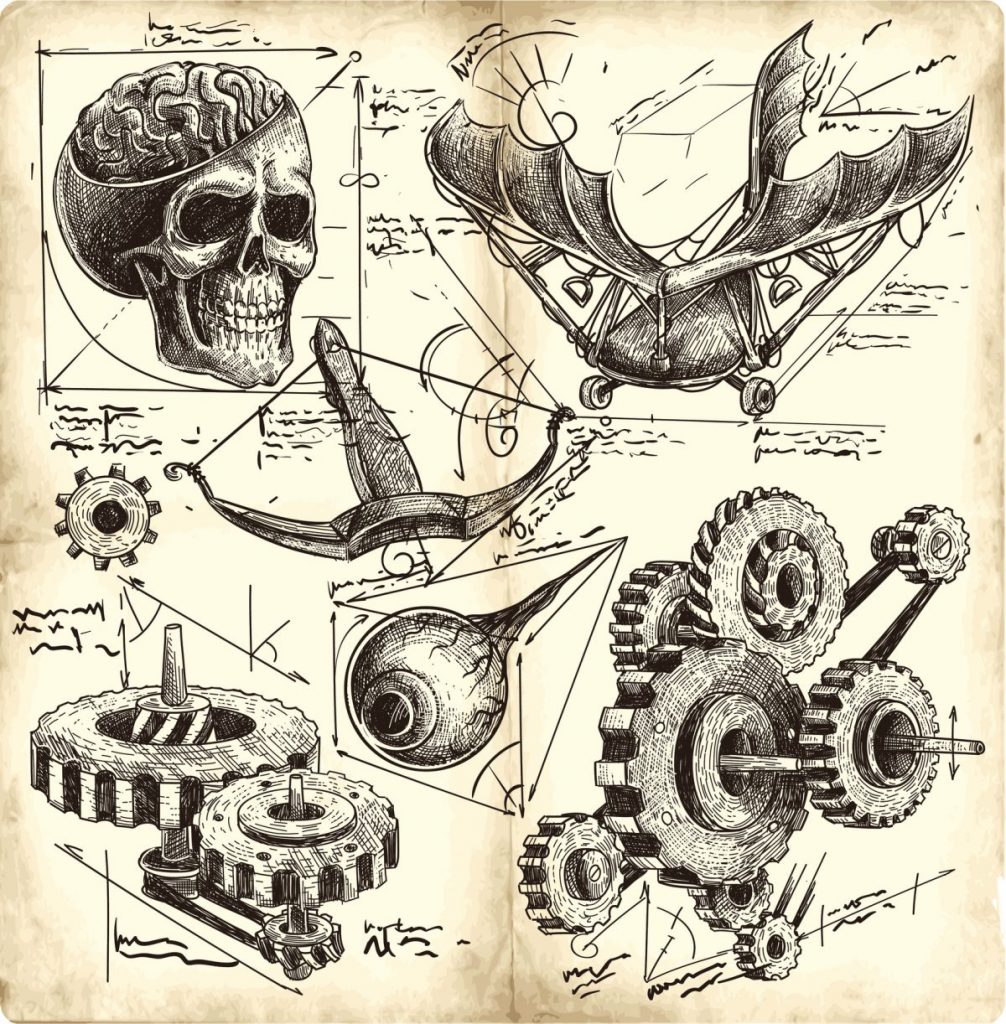 Leonardo da Vinci was 67 when he died on May 2, 1519. The most likely cause of death was a stroke. He worked on his scientific studies and projects right up until his death. Leonard left many projects unfinished, and a young aristocrat called Francesco Melzi inherited da Vinci's estate. Melzi was Leonardo's closest companion in the last decade of his life. The "Mona Lisa" was left to Salai, a student and friend of da Vinci. 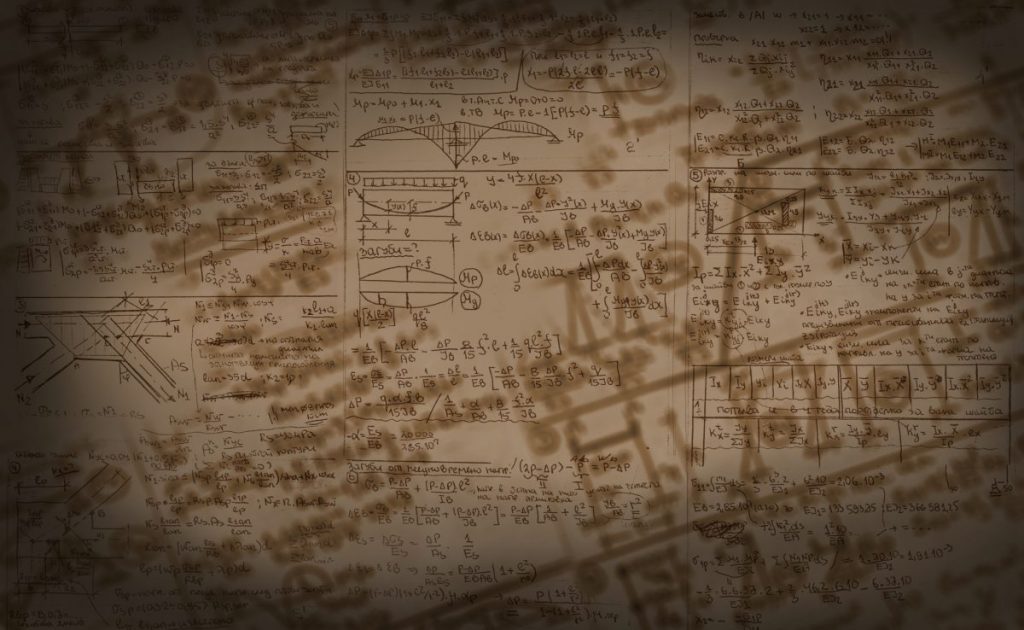 Leonardo da Vinci is primarily remembered as an artist. His painting "Salvator Mundi" was purchased at an auction for $450.3 million in 2017. The amount was paid by an agent for the United Arab Emirates. The purchase price beat the old record of $179.4 million for the most expensive piece ever sold. It was the last of da Vinci's surviving paintings known to be in a private collection. Leonardo da Vinci is recognized as a talented artist, but he never achieved the same recognition for his scientific achievements. Thousands of pages from his private journals were discovered long after his death and were filled with drawings, observations, and notes detailing much of his scientific work. 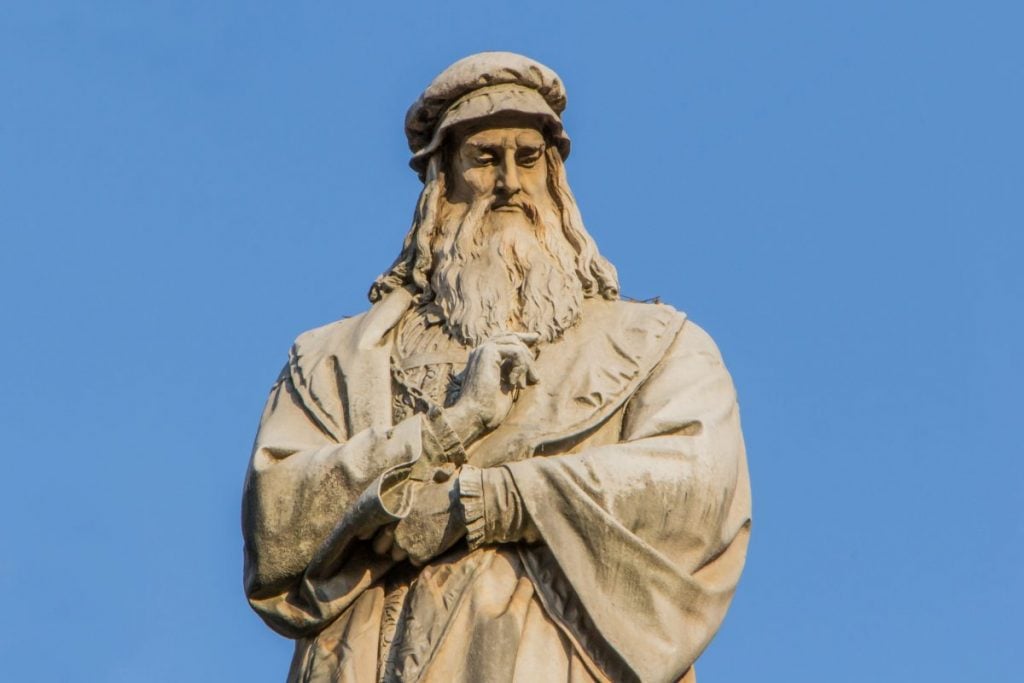