Who Are the Highest-Paid Athletes in the World?

The highest-paid athletes in the world compete in such sports as American football, soccer, basketball, tennis, and boxing. They make a combined annual salary that tops $778 million, according to the latest listing by Forbes magazine. However, their income is not limited to just salary or participation fees. Together, these athletes also pulled in more than $500 million in endorsements. At least three athletes on the list make more money from endorsing products than they do playing their sport.

This undefeated boxing champion in several weight classes retired with a record of 50-0. In 2016, ESPN declared him to be the greatest boxer, pound for pound, in the last 25 years. During his career, Mayweather has made more money - $285 million - than any other athlete in the world. He is one of the most popular pay-per-view attractions ever and has generated approximately 23.8 million pay-per-view buys and $1.67 billion income for the company. 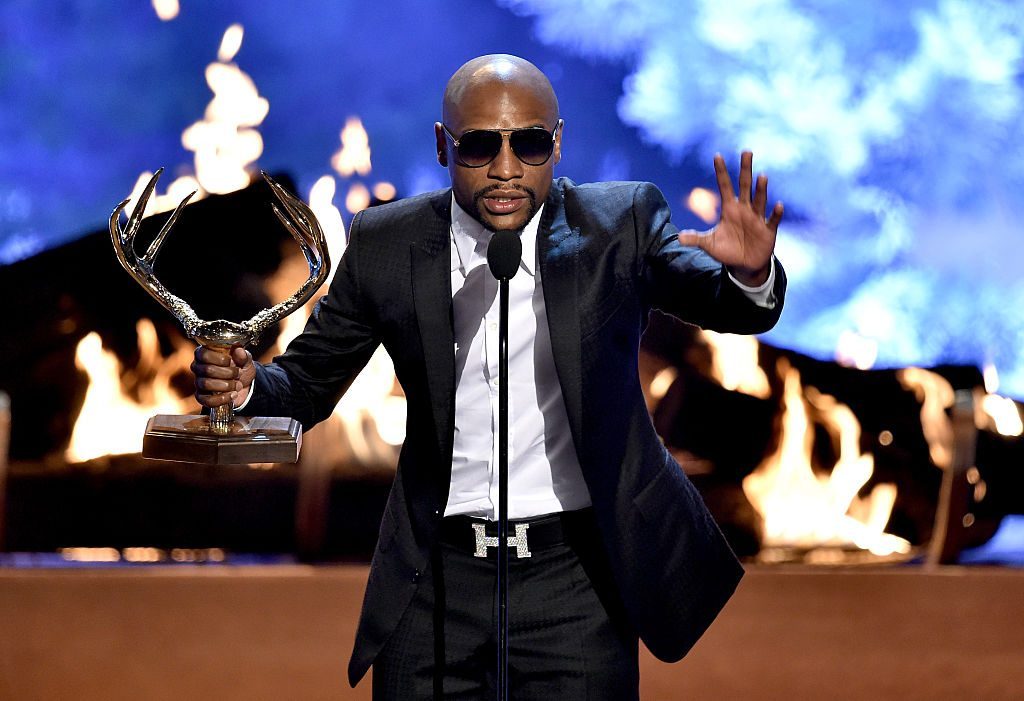 The consensus best soccer player in the world, Lionel Messi has played his entire career with the Primera Division Barcelona team, which has won 20 European and World titles. Messi returned to his native Argentina to lead their Olympic team in 2008; the team brought home the gold medal. In 2014, he was on the World Cup team that brought Argentina a world title. Messi has generated $84 million in salary and $27 million in endorsements over his career. 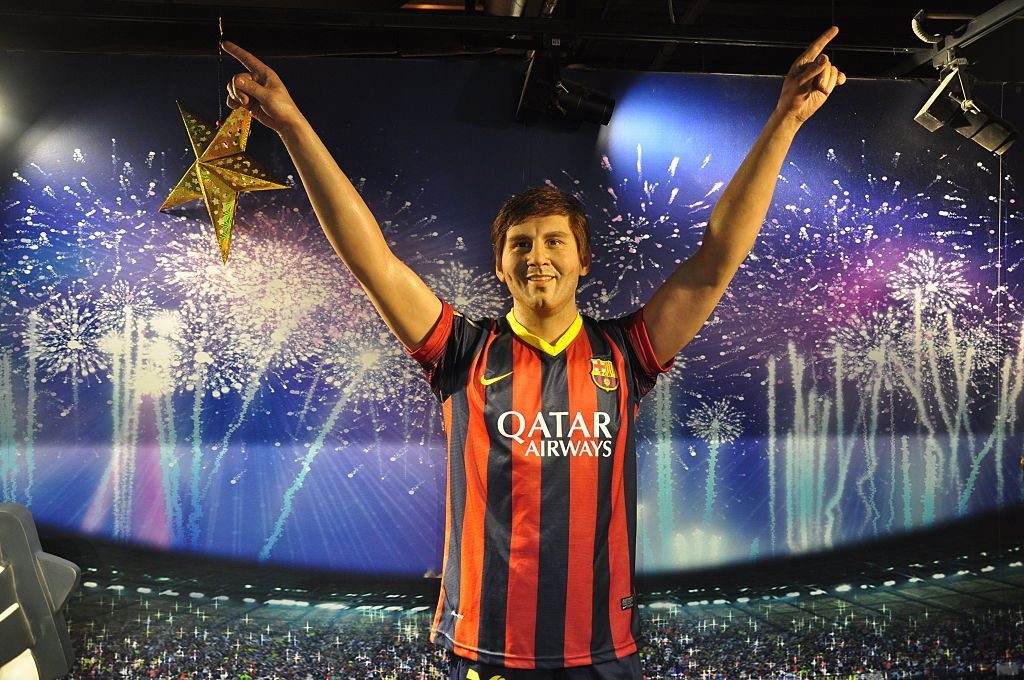 The soccer player from Portugal plays forward on the Italian football club Juventus and for his country's World Cup team. A prolific goal-scorer, Cristiano Ronaldo holds the record for most official goals scored in Europe's top five leagues, with 395 goals. In all, he has scored 670 goals for club and country. He has garnered more than $111 million in his career, with his salary accounting for $61 million and endorsements bringing in an additional $47 million. 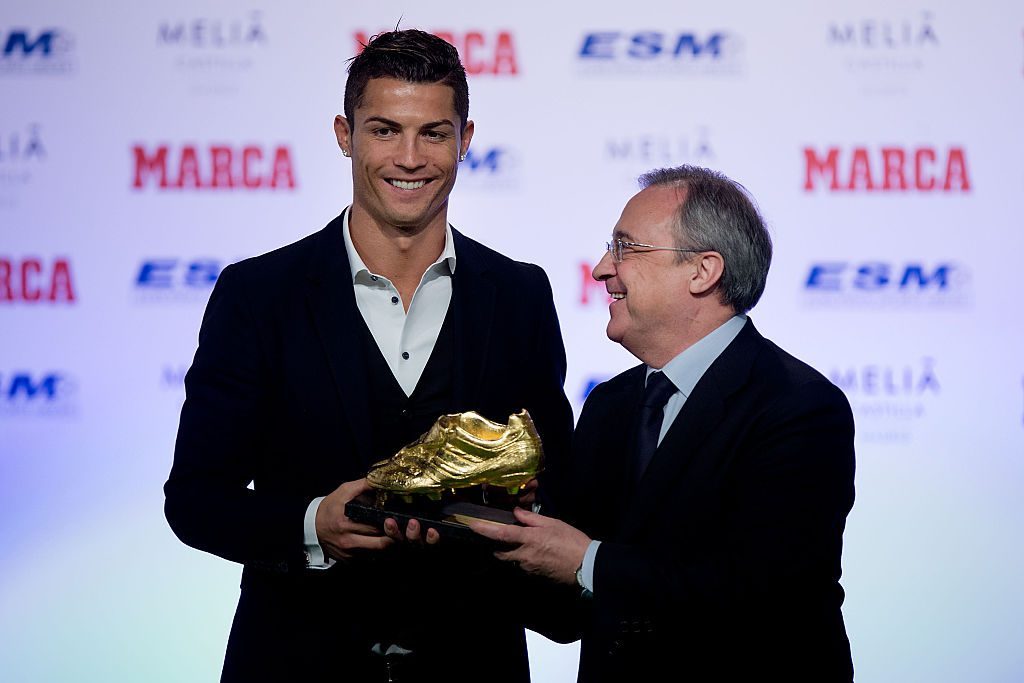 Conor McGregor is the biggest draw in mixed martial arts (MMA) history. The champion of several weight divisions, McGregor has headlined four out of the six highest-selling Ultimate Fighting Championship pay-per-view events. He stepped out of the cage and into the boxing ring for a highly promoted bout with Floyd Mayweather, which attracted 4.3 million pay-per-view purchases in North America, the second most in history. The Irish brawler has accumulated $85 million in match fees and enhances that figure with another $14 million in personal endorsements. 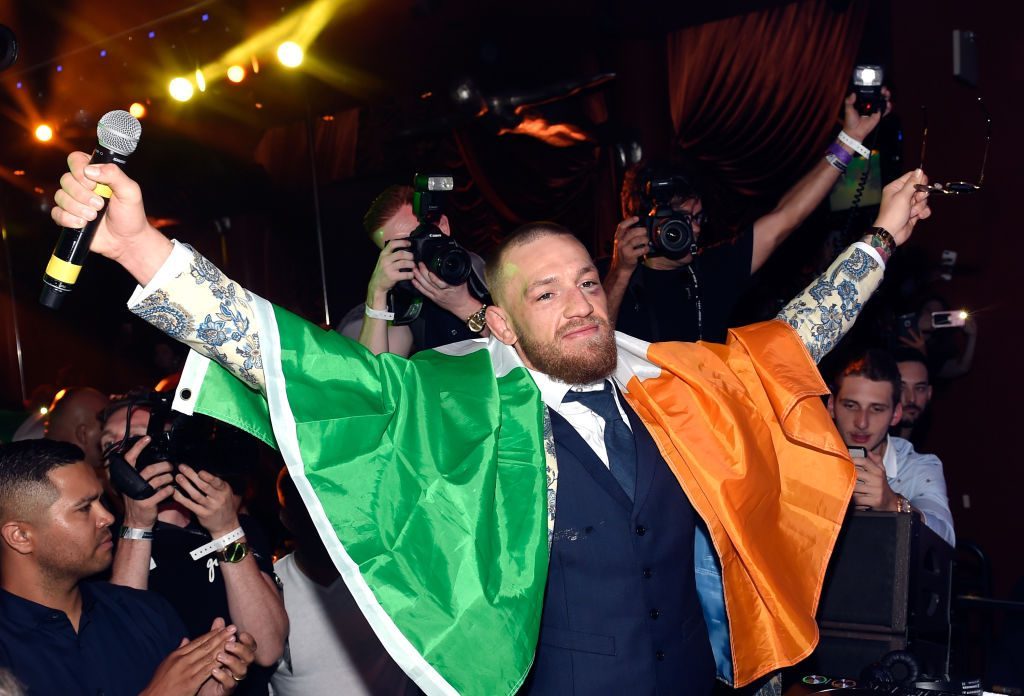 The Brazilian-born soccer player Neymar da Silva Santos Júnior is known worldwide as simply Neymar. He is considered to be the world's most expensive player because his contract with Barcelona was bought by the Paris Saint-Germain team for $222 million. Since becoming professional at the age of 17, Neymar has made some $73 million in salary with an additional $17 million in endorsement money. 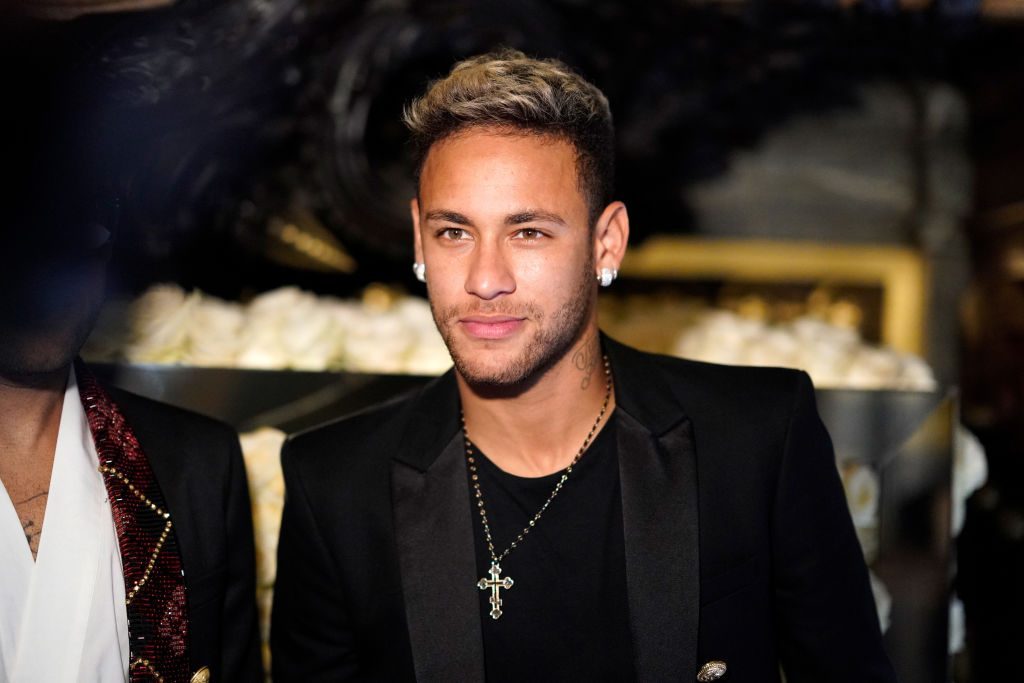 LeBron James is a marketing machine. The prep-to-pro player has generated more money from endorsements than from his salary as a former league champion and NBA Most Valuable Player. He has raked in $52 million in endorsements while making a more modest $33.5 million in salary. James recently signed with the Los Angeles Lakers after leading the Cleveland Cavaliers to their first championship in 2016. James also won two NBA championships while playing with the Miami Heat. 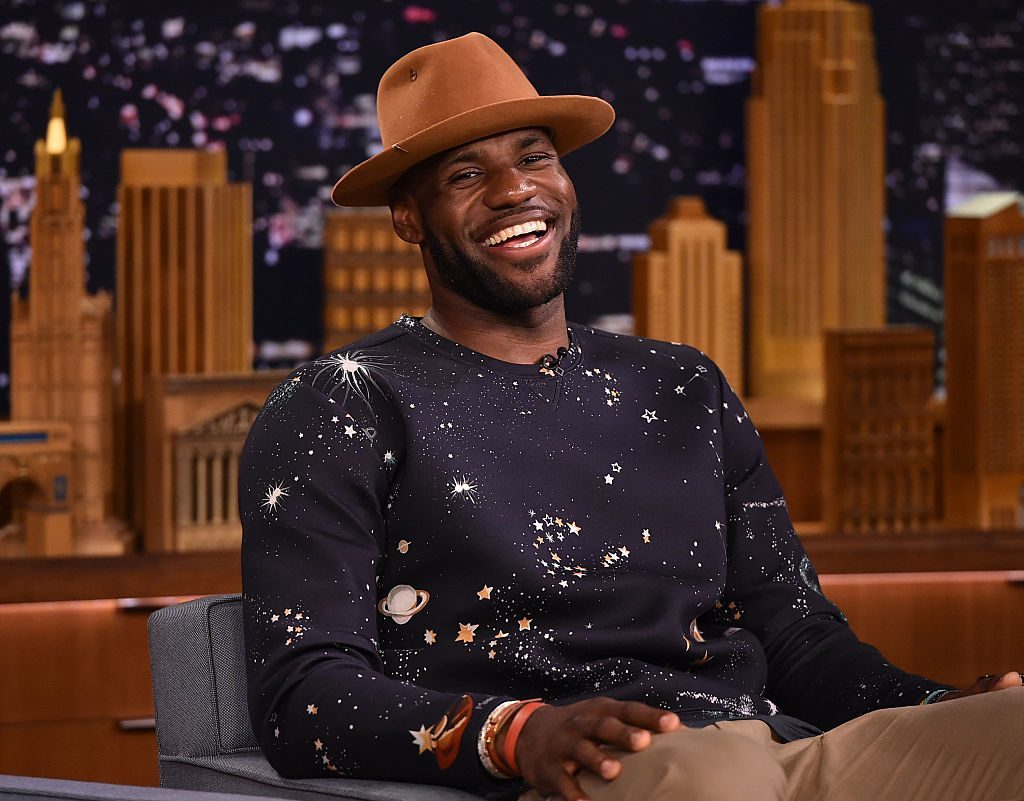 Roger Federer has won 20 Grand Slam singles titles, the most in history for a male tennis player. Among his accomplishments are eight Wimbledon titles, six Australian Open, five U.S. Open, and one French Open. While he has made a paltry $12.2 million in tournament fees, Federer has taken on endorsements that have brought him an additional $65 million. 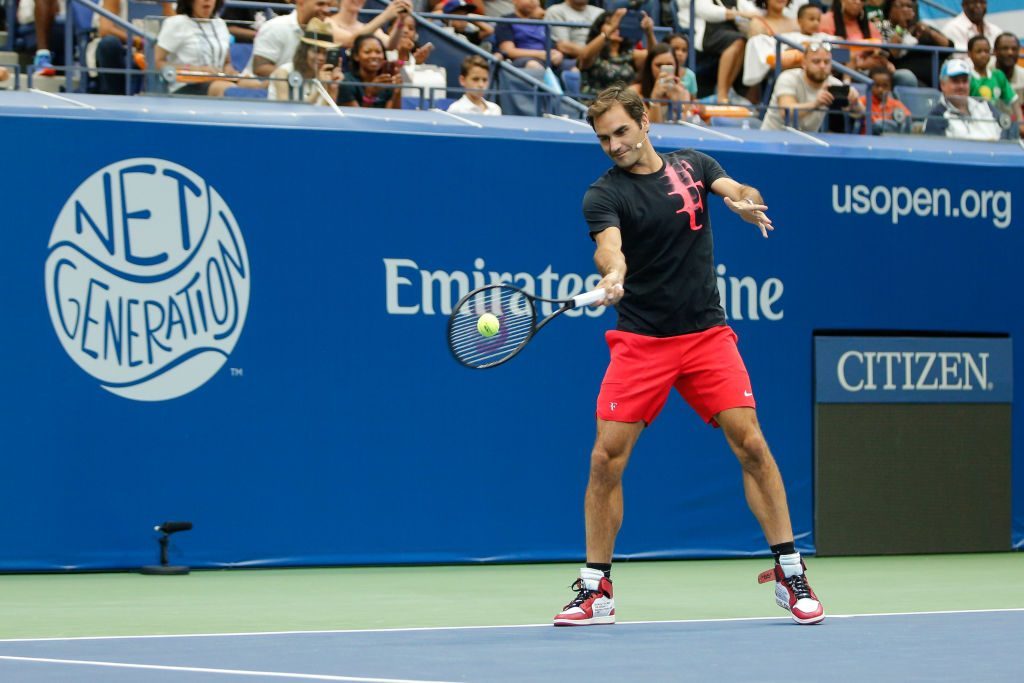 Stephen Curry is often called the greatest shooter in NBA history and has led his Golden State Warrior team to back-to-back league championships the last two years and in three of the previous four seasons. For the 2015-2016 season, Curry's league unanimously voted him Most Valuable Player. Curry is one of several players on this list who makes more in endorsements - $42 million - than he does in salary - $34.9 million. 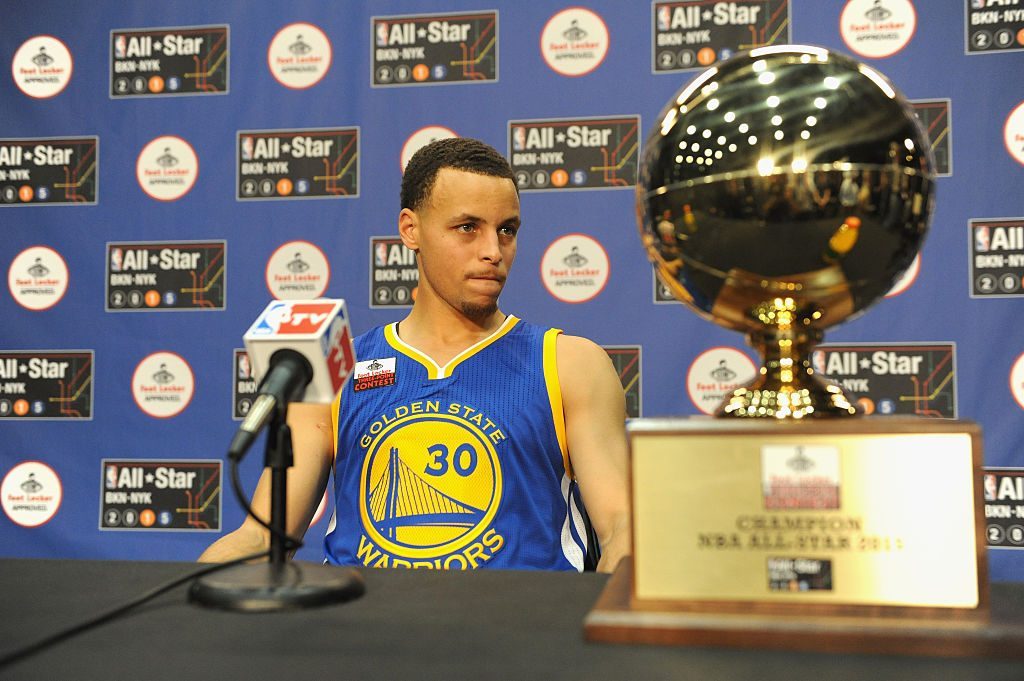 The former Most Valuable Player in the NFL, Matt Ryan led his Atlanta Falcons team to the Super Bowl in 2016, only to lose in overtime to the New England Patriots in what is considered to be one of the most exciting games in the event's history. Ryan signed a $150 million five-year extension with the Falcons in 2018, making him the first $30 million per year quarterback and the highest paid player in NFL history. He makes a comparatively modest $5 million with endorsements. 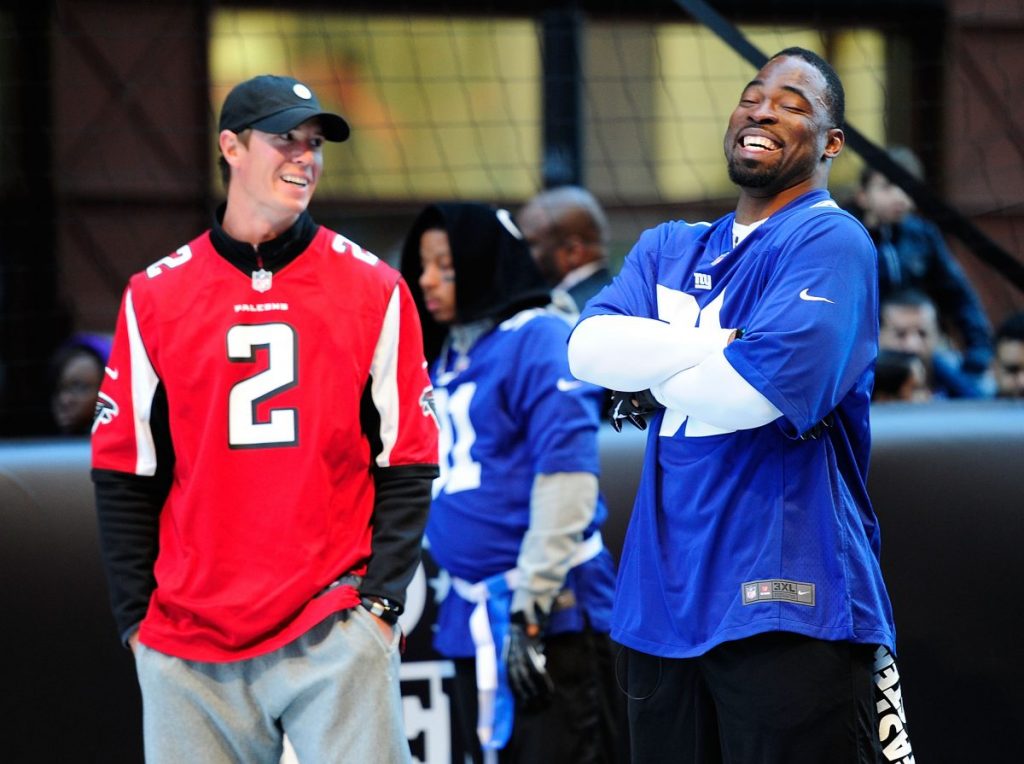 The former first overall pick in the 2009 NFL draft, Stafford briefly became the highest-paid player in the league when he signed a $135 million contract extension in 2017. As a quarterback, Stafford is the fastest to throw for more than 30,000 yards in league history. Stafford has so far made $57.4 million in salary from his team, the Detroit Lions, with another $2 million in endorsement money. 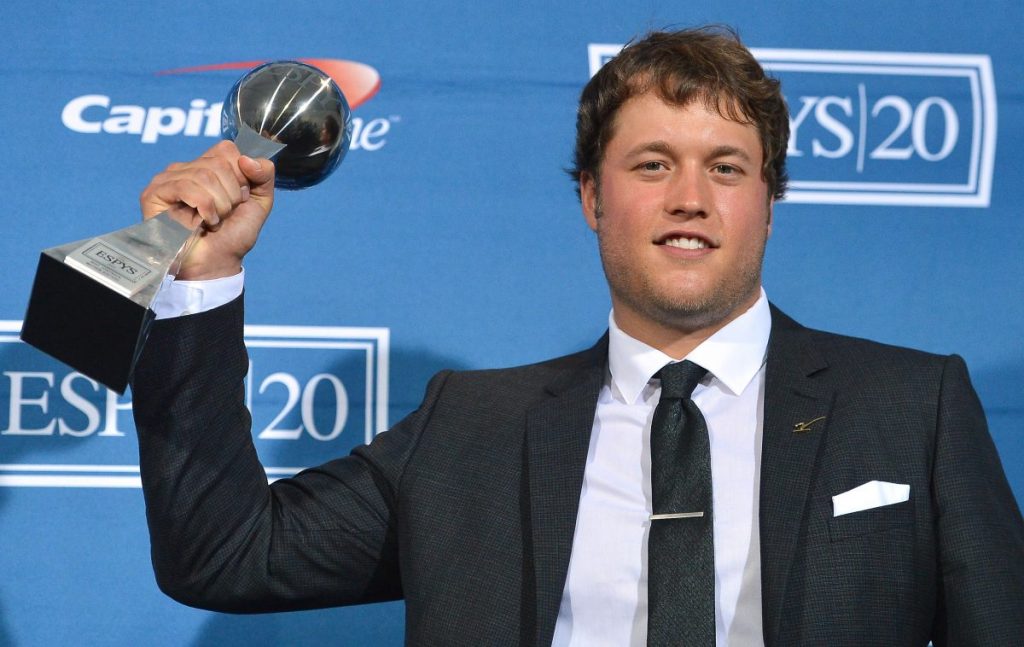