On March 17th, every year, Americans gather together to celebrate St. Patrick's Day. Most large cities hold an annual parade to honor the patron saint of Ireland. People dress up in green clothing, eat traditional foods, and enjoy a few drinks to honor the day. There are quite a few traditions that go along with celebrating this special day in March. But what is the history behind St. Patrick's Day? Discover how this saint came to represent everything Irish on March 17th, not only in the US but around the world.

Patrick was born in 385 CE. His real name was Maewyn Succat, and his precise birthplace is not really known. It's been speculated that he was was born in Italy, since his parents were believed to have been Roman aristocrats. However, it's more likely he was born in England, Scotland, or Wales, where the Roman Empire controlled that part of the world. 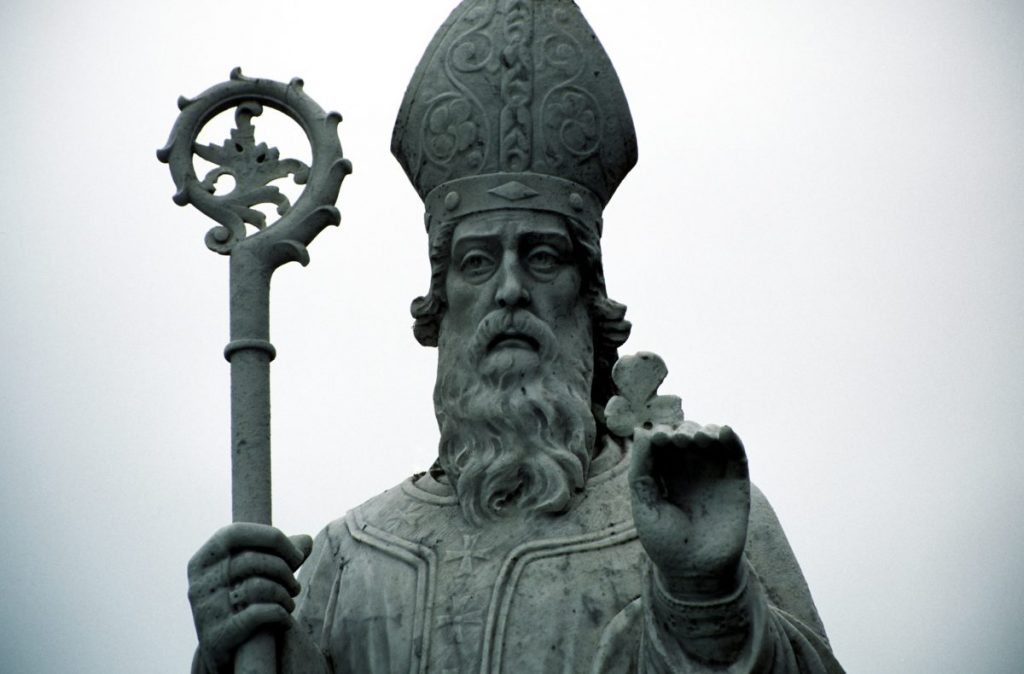 When he was 16 years old, Patrick was stolen from his family and brought over to Gaelic Ireland as a slave. Working as a shepherd for six years, Patrick believed that God told him to escape to the coast and make his way home. He did just that and thereafter, dedicated his life to the Church. He went back to Ireland 30 years later as a missionary to convert the pagan Irish to Christianity. It was then that he changed his name to Patricius (Patrick), Latin for "father figure." 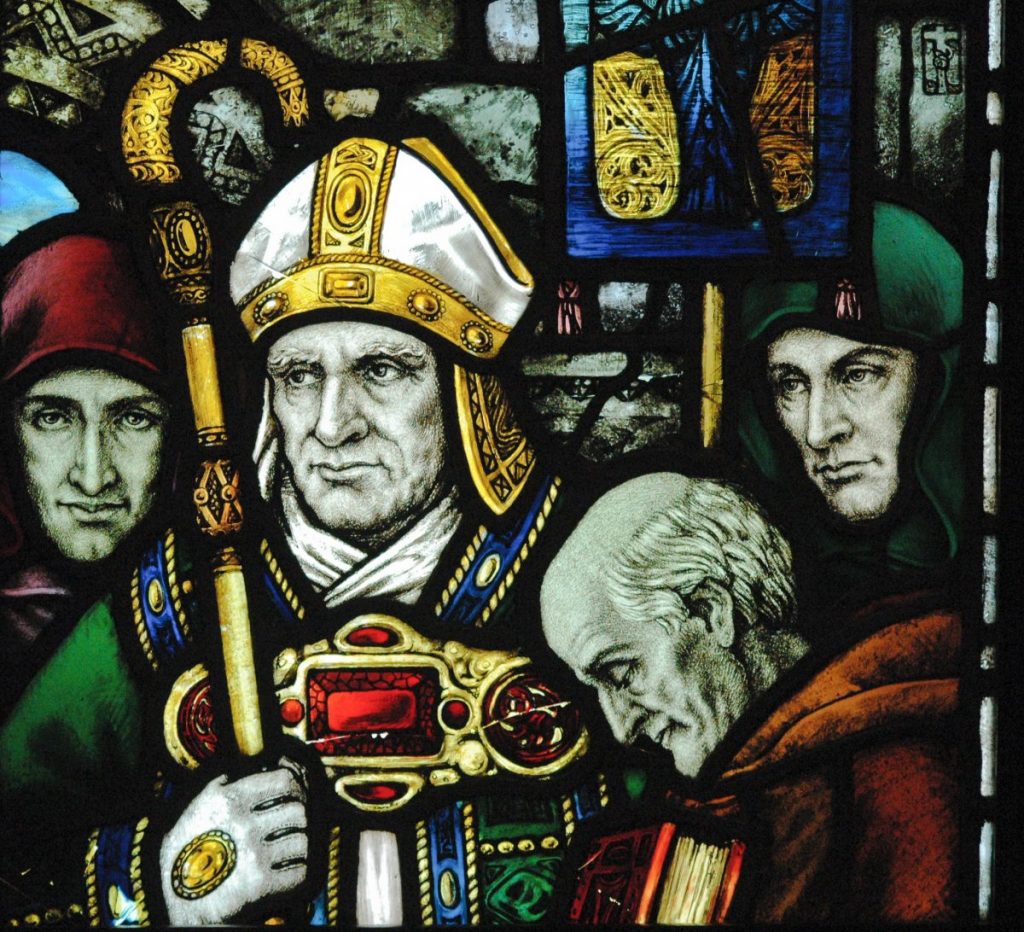 The shamrock was used by St. Patrick as a metaphor for Christianity. The three-leaved sprig represented the Holy Trinity: The Father, The Son, and The Holy Spirit. The shamrock has since become an iconic symbol of Ireland. Beginning in the early 18th century, people started to wear a shamrock to commemorate St. Patrick's Feast Day. The day was observed only as a minor religious holy day, mainly in Ireland. It was decided that March 17th would be the date to honor him, as this was believed to be the day on which he died. 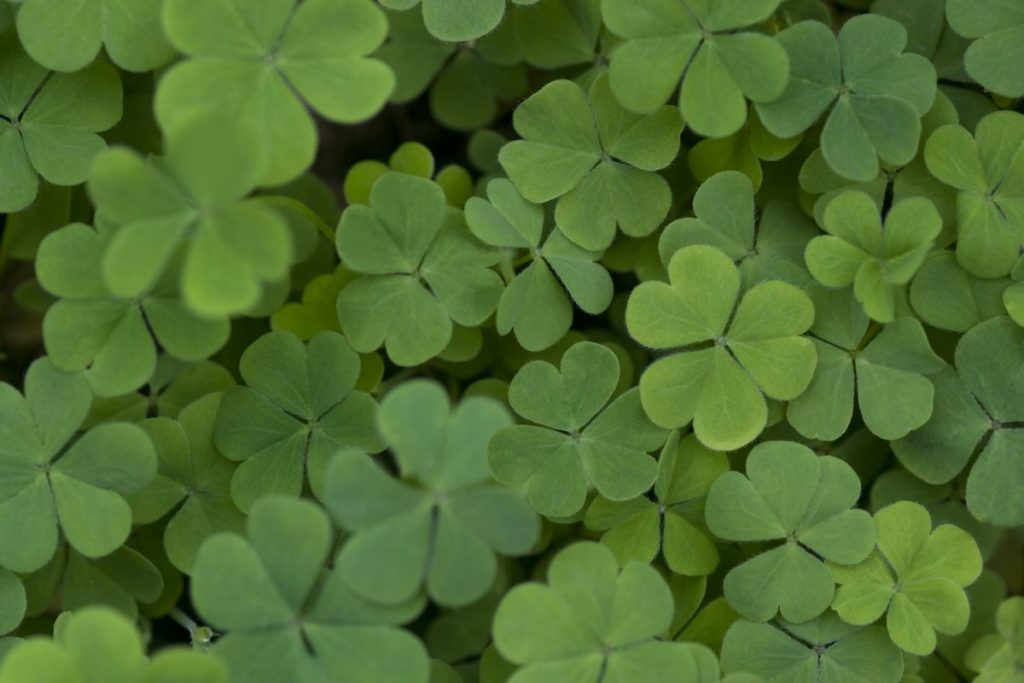 St. Patrick's Day was also celebrated in America in the 18th century. Irish soldiers were fighting on the British side during the Revolutionary War in the US. In 1762, those Irish soldiers in New York City held the very first St. Patrick's Day parade in an attempt to remember their Irish roots from far away. The parade idea caught on, especially with Irish immigrant communities in New York, Boston, Philadelphia, and Chicago. It was a way to honor their patron saint, display their Irish identities, and bond with one another. In fact, the show of solidarity blossomed in 1962, when the city of Chicago dyed a part of the Chicago River green to commemorate the day. 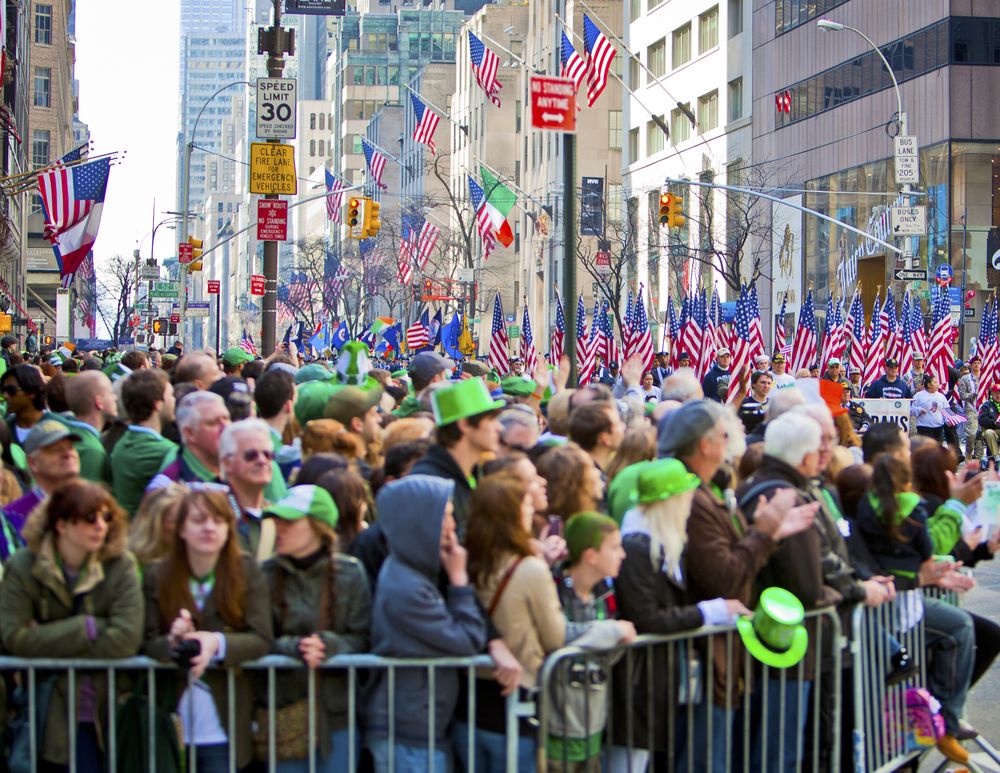 The first color associated with St. Patrick was blue, not green. It's a light shade of blue that is still evident on ancient Irish flags. Over time, though, green became the color that symbolized everything Irish. St. Patrick's Day celebrates the color green because: 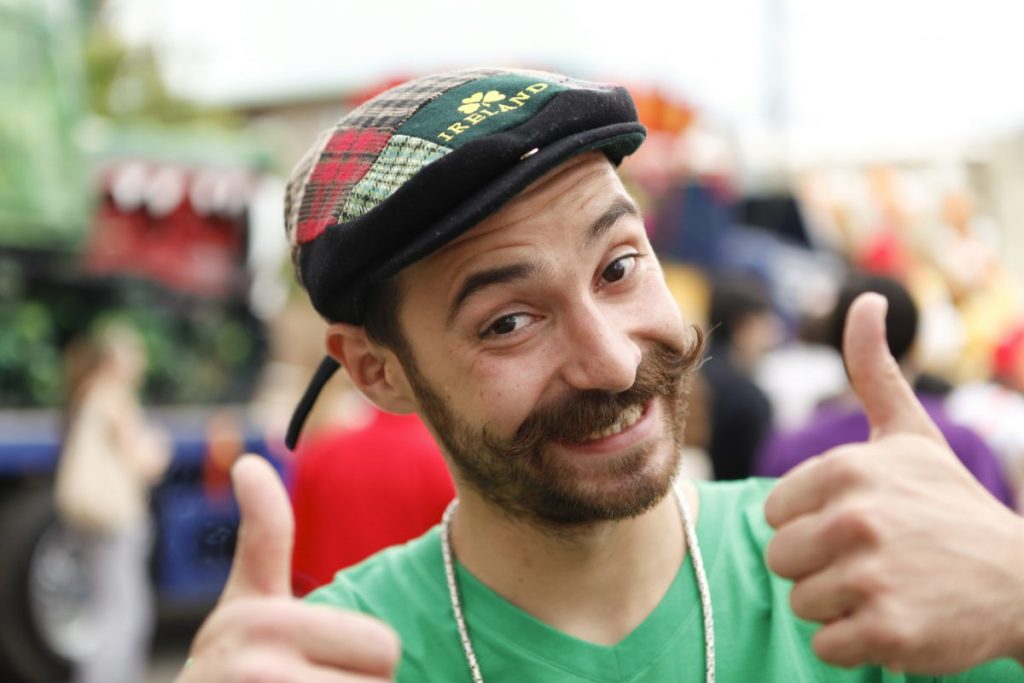 What Do Snakes Have To Do With St. Patrick?

It was believed that St. Patrick used his powers to banish all snakes from Ireland. Supposedly, he was able to chase the reptiles to the sea by standing at the top of a hill, now known as Croagh Patrick, and shooing them away with a wooden staff. In actuality, fossil records show that it was too cold for snakes to ever exist in Ireland during the Ice Age. The seas around Ireland have since kept snakes from making their way to the Emerald Isle. The snakes may have been a metaphor for Patrick driving the Pagans from Ireland by spreading Christianity across the country. 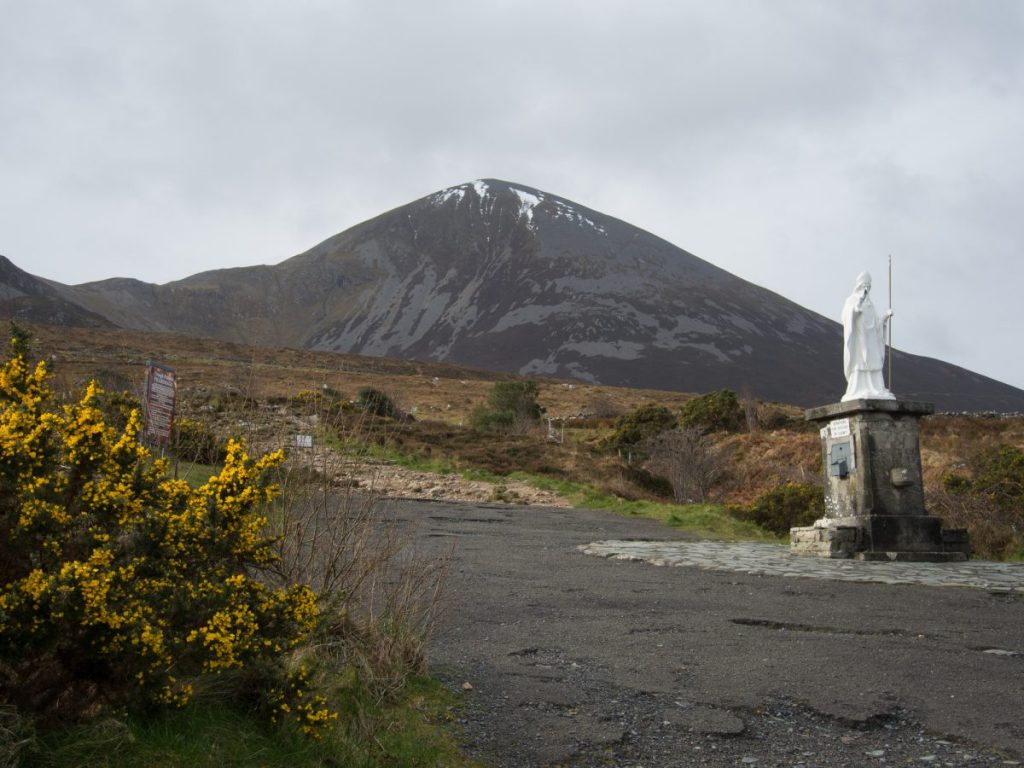 St. Patrick's Day is traditionally celebrated with a meal of corned beef and cabbage. Although cabbage has always been known as a food of Ireland, corned beef didn't make that leap until the beginning of the 19th century. It was Irish immigrants living on the Lower East Side of New York City who began to substitute corned beef for Irish bacon. 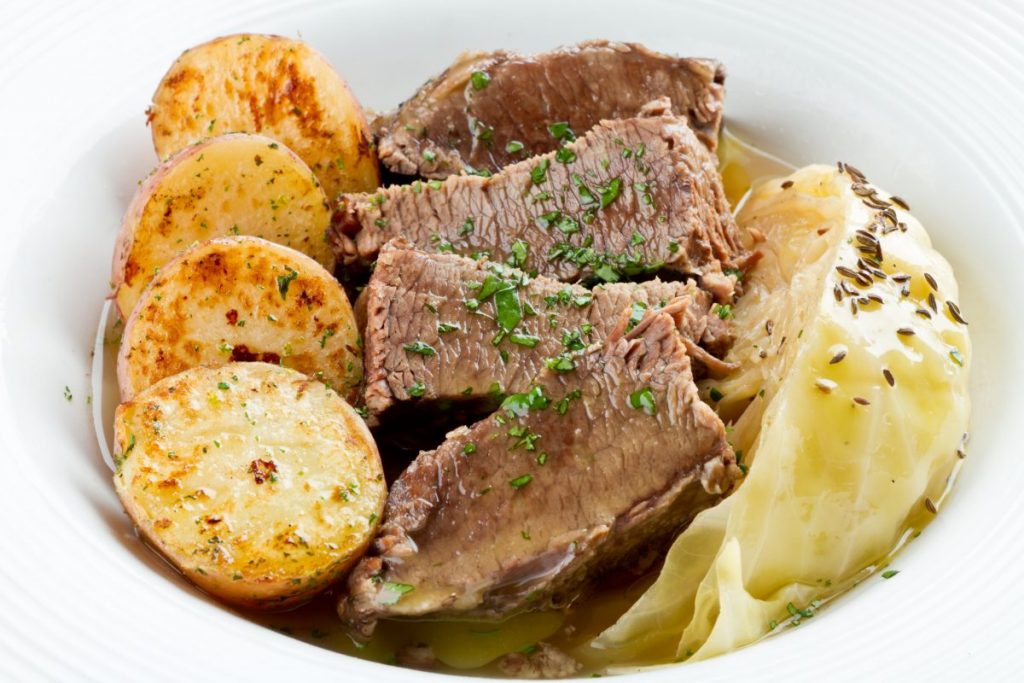 Music and Irish culture go hand-in-hand. The Celts passed on their history, legends, and religious beliefs orally through stories and songs. Once the English took over their land, the Irish were not allowed to speak their native language. So they turned to music to retain their heritage, even though it was against the law to do so. Today, traditional Irish music is very popular around the world. With a type of bagpipes called uilleann pipes, fiddles, tin whistles, and the bodhranm St. Patrick's Day Parades would not be quite as enjoyable as they are. 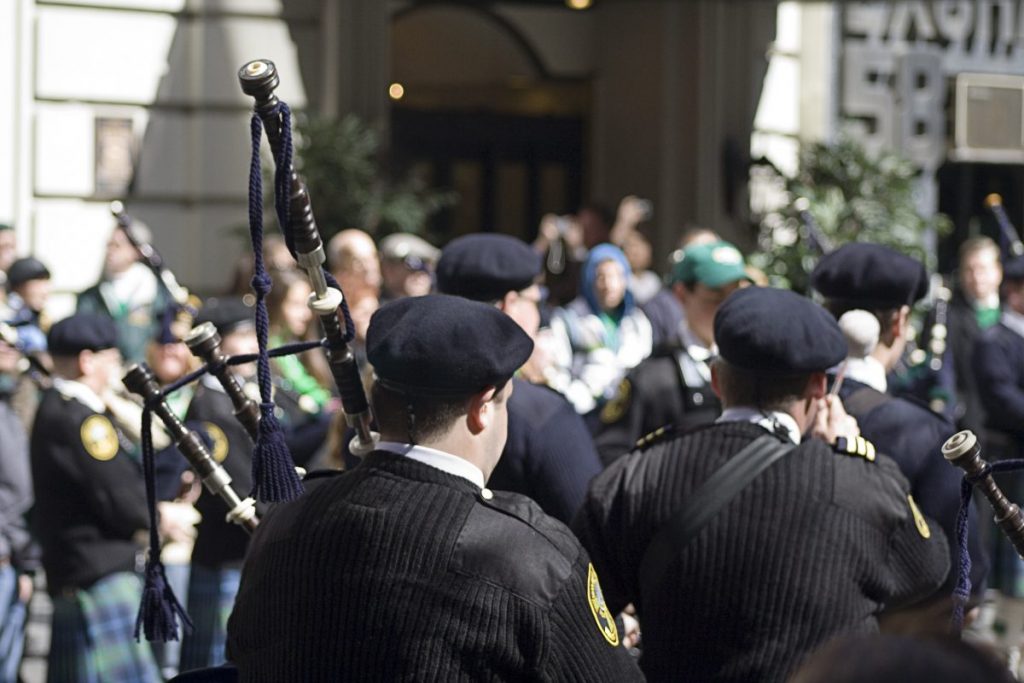 The Most Important Thing To Drink

In Ireland, drinking a pint of Guinness is a longstanding tradition. That tradition has made its way to America, particularly on St. Patrick's Day. Guinness is a dark Irish beer that has an acquired taste, yet 13 million pints of it are imbibed around the world every March 17th. These days, many American bars tint the beer green in honor of the day. 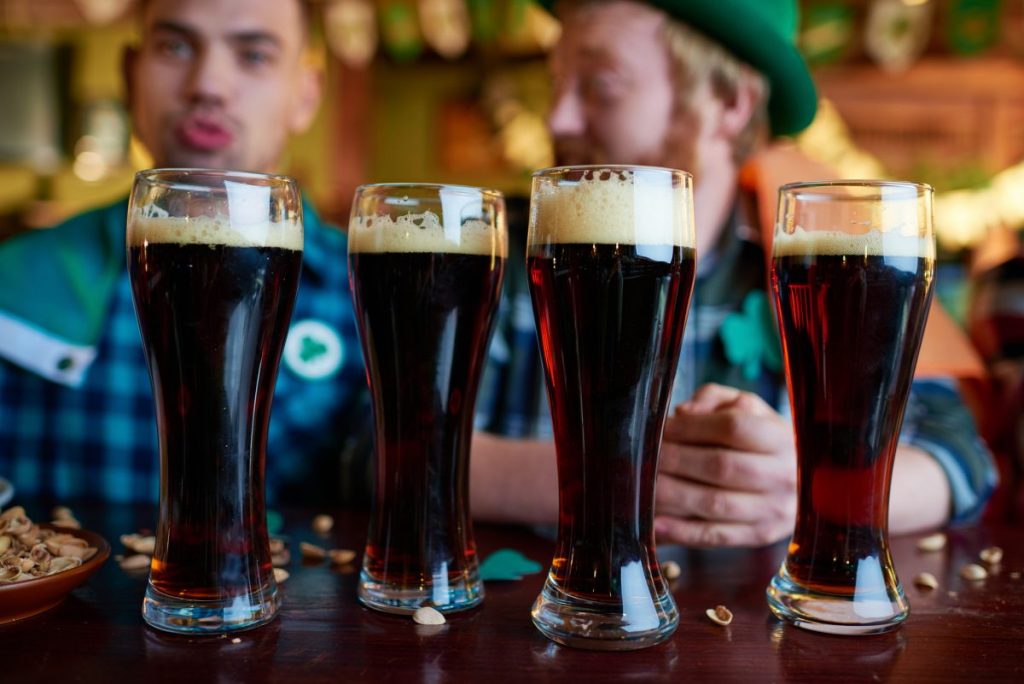 You'll probably hear some people refer to St. Patrick's Day as St. Patty's or St. Paddy's Day. This is just a quick, casual way of referring to the holiday. Using the name, Patty would be technically incorrect, though. In Ireland, a shortened version of the name Patrick would be Paddy. Patty is a nickname for a female named Patricia, so that doesn't really work at all! 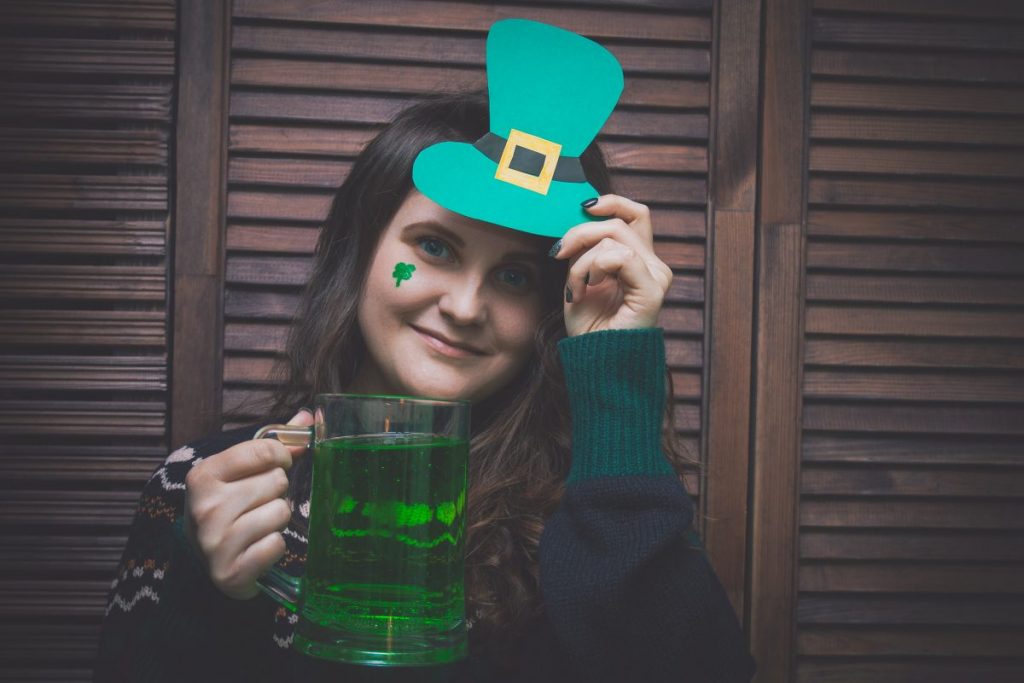