You may have heard that Ramadan is approaching, and might be wondering just what it is. Ramadan is the ninth month in the Islamic year, which is much different from the Gregorian calendar of Western cultures. Observed worldwide by Muslims, it's a month of strict daytime fasting and prayer. It commemorates the month in which Allah revealed the Qur'an to the Prophet Muhammad. It's also the most sacred and holy of months in Muslim culture and widely regarded as one of the Five Pillars of Islam.

What Are the Five Pillars of Islam?

Where Christians have the ten commandments, Muslims have five basic rules known as the Five Pillars of Islam. These are rules that all strict Muslims should follow. The Five Pillars include the Shahadah, a declaration of faith; Prayer, Muslims must pray five times a day; Fasting from dawn until dusk, as done during Ramadan; Charity, each Muslim must give money or services to others; and Hajj, the Pilgrimage to Mecca. Every year, millions of Muslims take this pilgrimage to the holiest of cities, following in the footsteps of Muhammad. 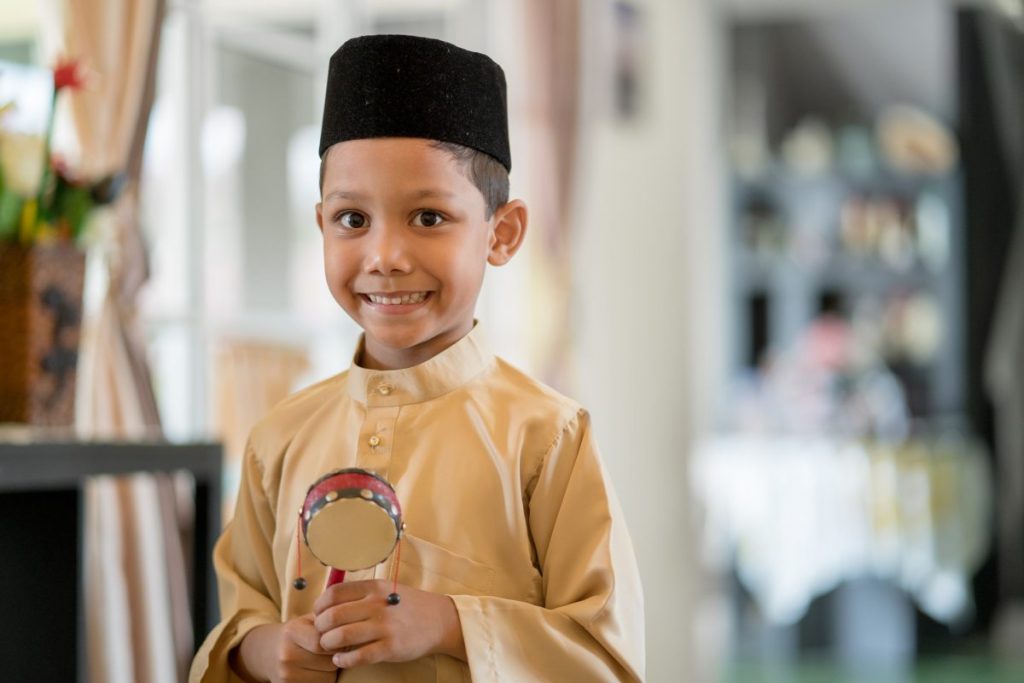 What Happens During Ramadan?

During Ramadan, Muslims fast in the daytime hours. Fasting is a fundamental act, allowing Muslims to devote themselves entirely to their faith. In doing so, this act also brings them closer to Allah or God. Observing fast doesn't mean that they can't eat at all. That would be impossible and unhealthy. Instead, Muslims eat before dawn (suhoor) and after the sun goes down (Adhan). As well as fasting, Ramadan is also a time for reflection. Many people take up new practices or hobbies in a similar way to New Years Resolutions. Some Muslims better the way they treat people or themselves whereas others take a more spiritual journey. 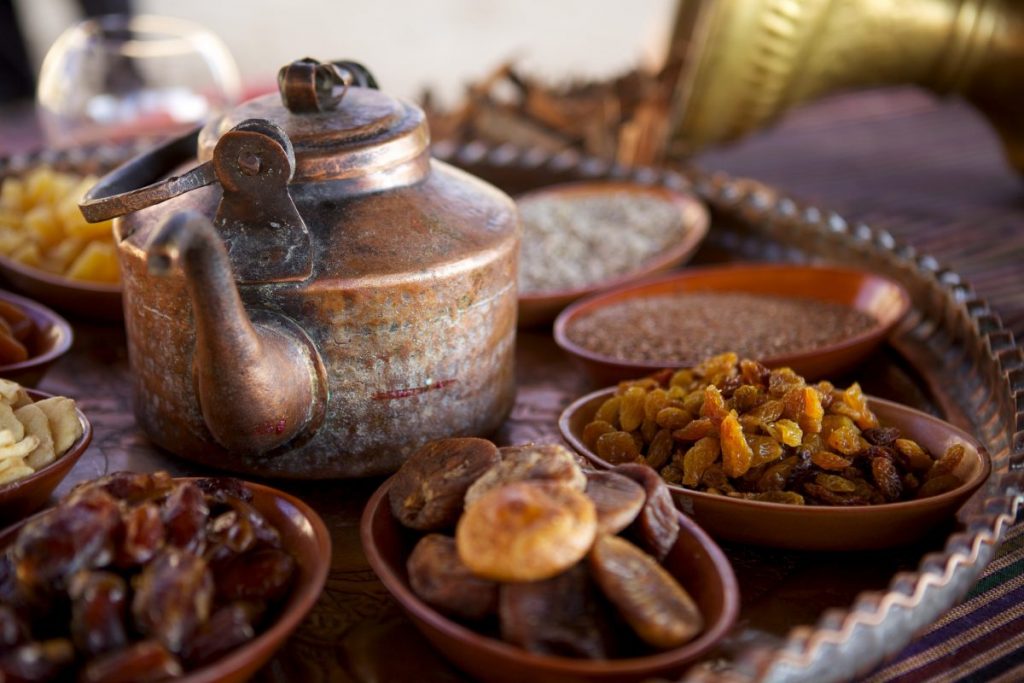 Why Do People Observe Fast?

Observing fast isn't without its reasons. In Islam, it's believed that abstaining from food and other vices helps to discipline the mind, body, and soul. Not eating, drinking, or experiencing other pleasures gives Muslims more of an opportunity to concentrate on worship and prayer. The fewer objects or distractions a person has around them, the easier it is for self-reflection and to be grateful for what they have. 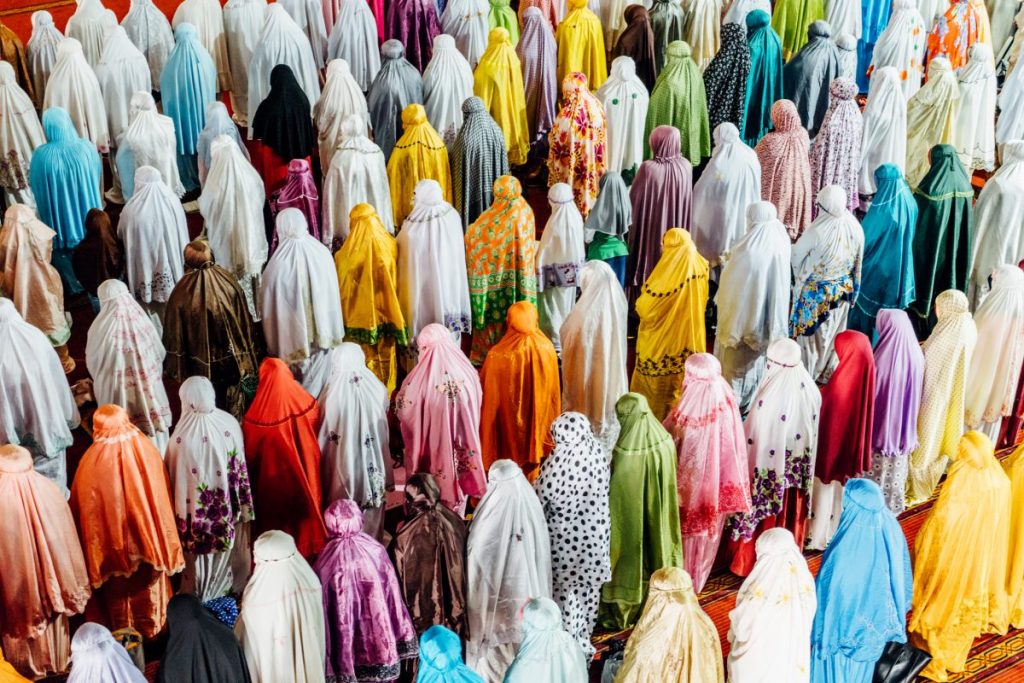 Islamic months, like Jewish, follow a lunar calendar, unlike Western faiths that follow the solar calendar. What that means is a month in Islam or Judaism is quite different from a month in Christianity. These months can sometimes differ by 12 days, meaning that although Ramadan is always the ninth month of the Islamic year, it might take place on a different month on the Gregorian calendar. In other words, Ramadan happens at the same time every Islamic year. Not necessarily the same time every year in the West. 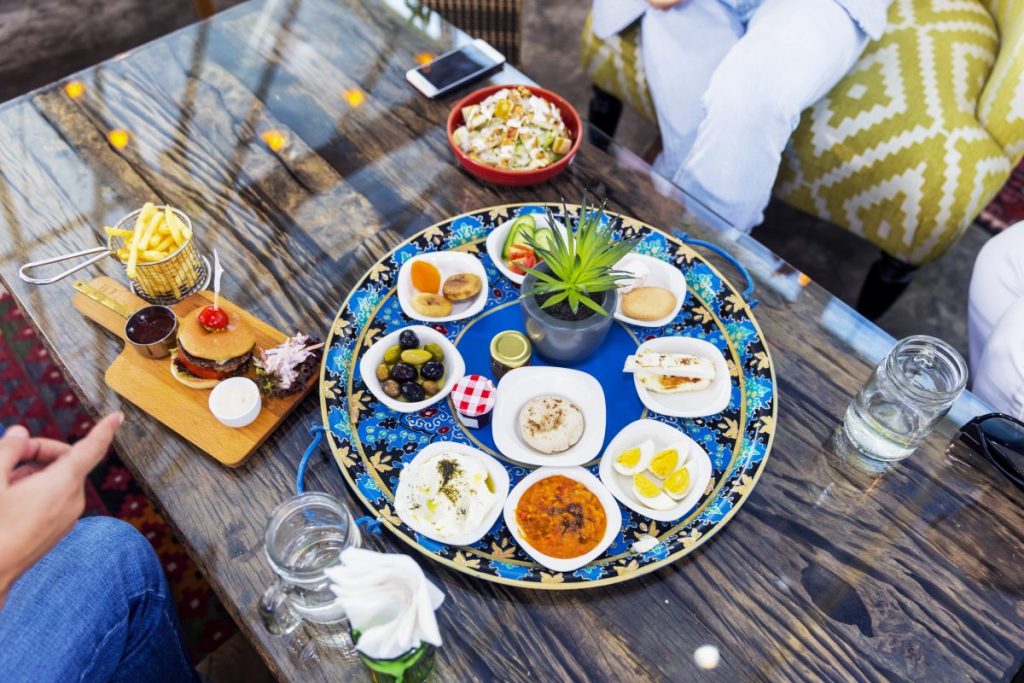 What is the Islamic Calendar?

Because the Islamic calendar is a lunar calendar, it means that their months begin on each new moon. This is in accordance with the Qur'an, the Muslim holy text. In the West, new moons occur on different days each month, because of the way our calendar works. Looking at it this way is a great way of seeing how Ramadan and other holy months occur at a different time every year. Lunar months average at 29.5 days, meaning the Islamic calendar only has around 354 days in its year. 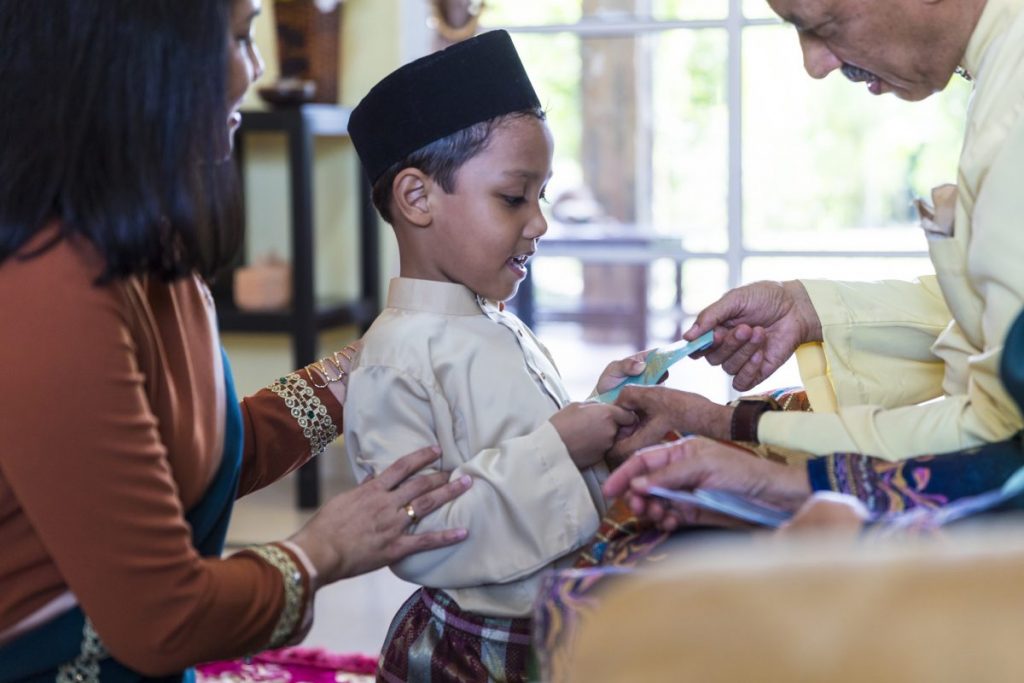 When Does Ramadan End?

The month of Ramadan begins on the day in which the new moon after the eighth month is seen. Therefore, it ends between 29 and 30 days later. Ramadan ends with a festival called Eid al-Fitr, one of the most important Islamic celebrations. For Eid, Muslims dress up in their finest clothes, exchange gifts, adorn their homes with lights and music, and finally, after 30 days of fasting, they feast. At the end of Ramadan, Muslims are also obligated to share their blessings with the poorer and less fortunate. 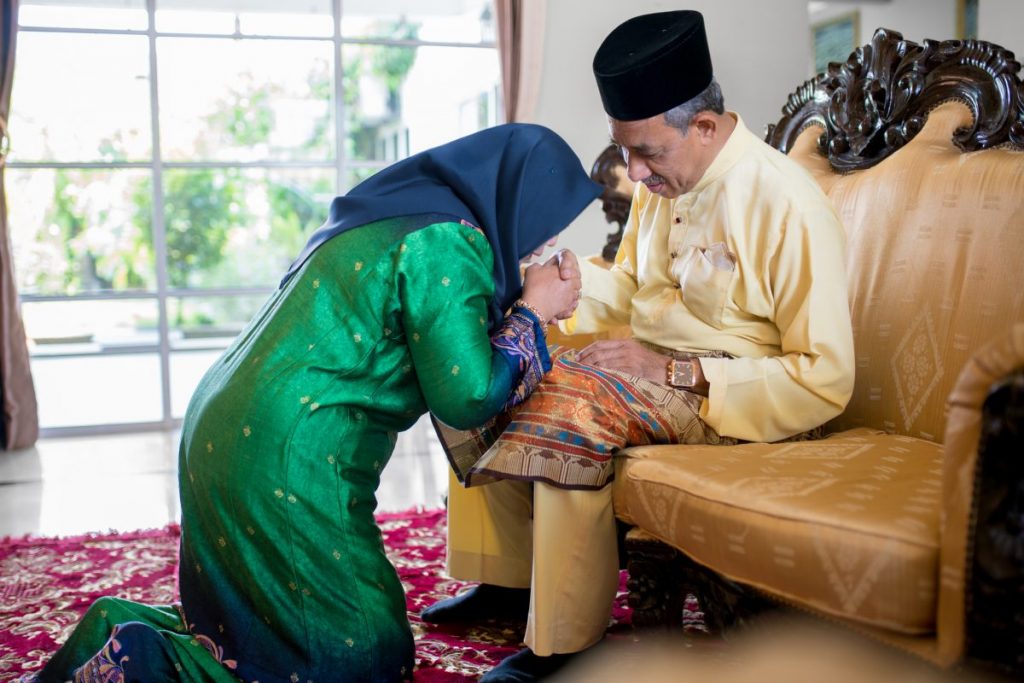 Is Ramadan a Public Holiday?

The month of Ramadan isn't a month-long holiday. Muslims are expected to continue to work and socialize despite their fasts. The end of Ramadan is celebrated by a public holiday in Eastern countries. In the United States, however, Ramadan is not considered a national holiday. In spite of this, many Muslim-run businesses will alter their hours during the event to celebrate. 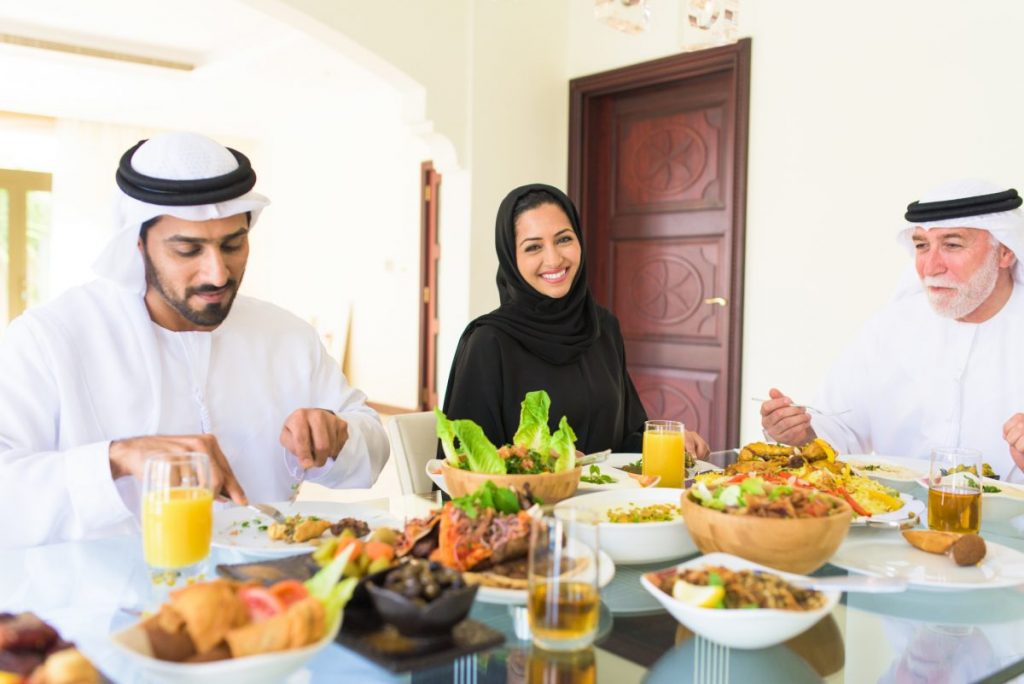 Do People Celebrate Ramadan in the U.S.?

Ramadan is celebrated in countries all over the world. No matter where they live, many Muslims partake in the fasting and festivities of Ramadan. Although when Eid al-Fitr happens all depends on the viewing of the new moon. In other words, Muslims on the East Coast might very well begin their Eid celebrations at a different time to those on the West Coast. Lunar days start at sunset, and so the days begin and end at different times. 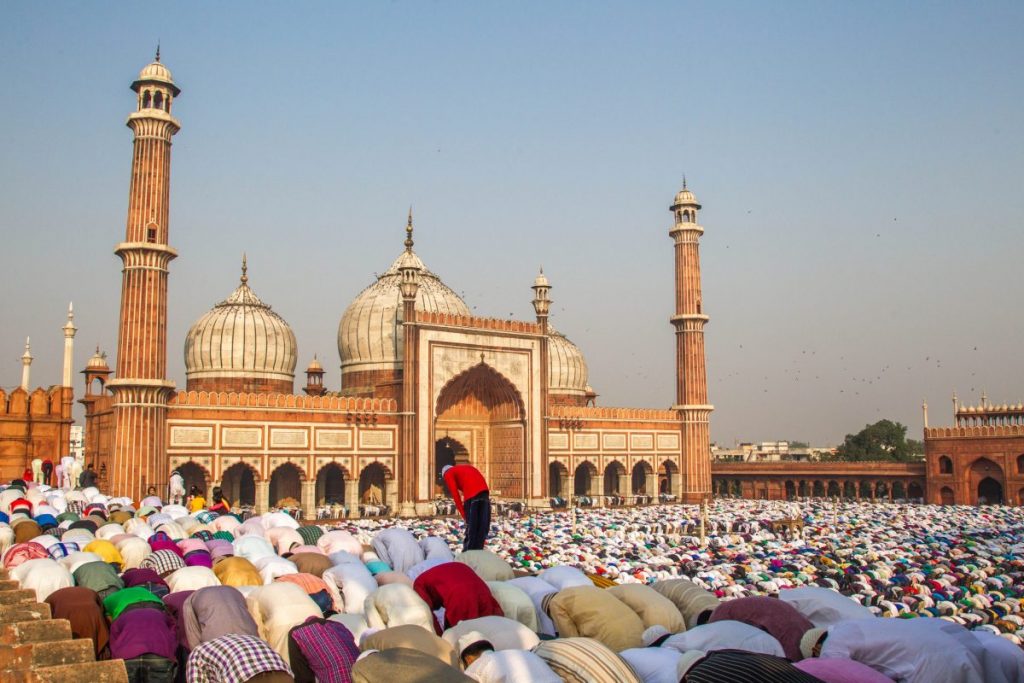 Do You Get Presents During Ramadan?

Ramadan is the holy month of giving, so many gifts and good deeds are done during the month. Gift-giving in Islam is a little different to the way it is in Western faiths. There's a Muslim saying, "tahaabu, tahaadu," which translates to "give gifts, spread love." Food is a common gift during Ramadan. People are encouraged to cook for each other and, in this act, be gifting those they love. As the years tick on, however, parents are beginning to buy their children age-appropriate gifts on the morning of every Eid. 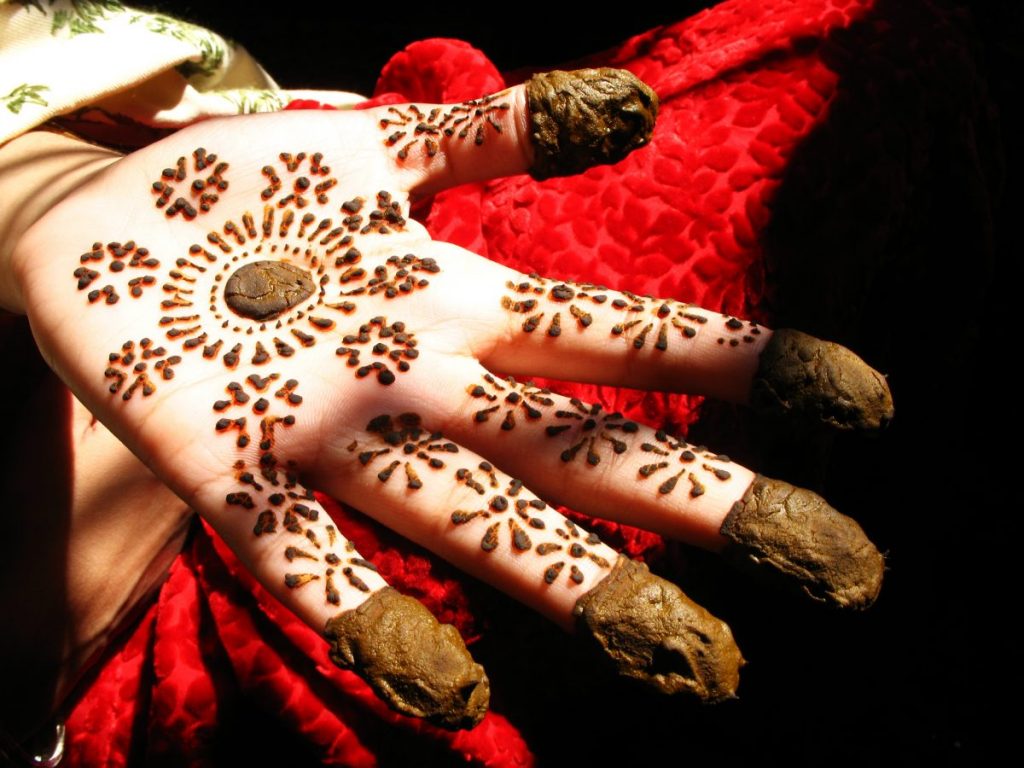 What is Eid al-Fitr?

Eid al-Fitr literally translates to “Holiday of Breaking the Fast.” Once the new moon is seen at the end of Ramadan, Eid al-Fitr is upon us. The holiday spans over the next three days, dedicating the time to celebrate the hard work and dedication put into the Islamic faith over Ramadan. On the contrary to the fasting of Ramadan, Muslims are actually required to eat and drink during Eid. Most Muslims break their fast with dates and water, as the Qur’an states that Muhammad did. For Eid, Muslims each give money they can spare to those less fortunate so that they, too, can celebrate the festival. Eid is about prayer and family, about celebration without forgetting those who are less fortunate. Eid is a beautiful holiday dedicated to love, faith, and the celebration of them. 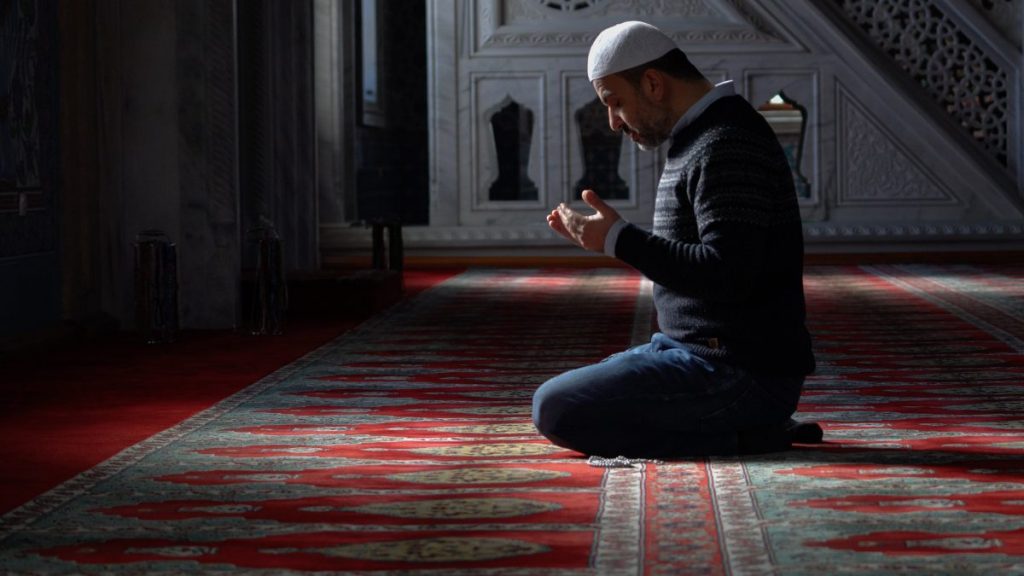