What Are the World's Most Expensive Automobiles?

There is a certain category of automobiles not designed for mundane transportation tasks like a kids' carpool or a jaunt down to the corner store. These luxury machines are more a moving piece of metallic sculpture conceived to dazzle the eye rather than to save on gas mileage. The planet's most expensive cars appeal to the lavishness of its owners who want to make a powerful statement about choosing style over practicality. These are not the fastest automobiles on the road nor do they have more cup holders than other cars. These are simply the world's most expensive automobiles.

Aston Martin plans to offer only 150 Valkyries in 2019, including 25 track versions and a handful of prototypes. The Valkyrie will likely cost around $2.6 million. Aston Martin and the Red Bull Racing Formula One team have formed a partnership to create the Valkyrie. The team is trying to achieve a 1:1 power-to-weight ratio by creating a lightweight carbon fiber chassis which will be powered by a 6.5-liter V12 hybrid engine. 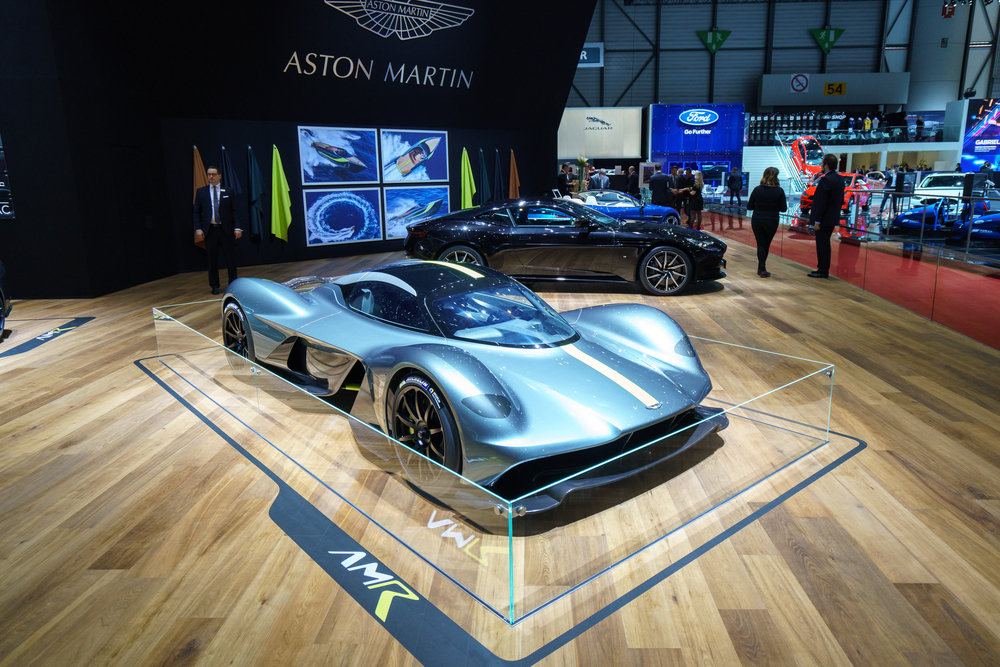 The Ferrari LaFerrari is not for the streets. It would rather live on the track. Air emissions standards and safety equipment bog down this lightning-fast automobile with extra weight. The regular FXX puts out 950 horsepower, but in the FXX K version, the engine produces 1,035 horsepower in addition to several modifications to the body itself that helps to increase overall speed. Only 32 of these cars were manufactured, and they are all gone despite the asking price of $2.7 million. 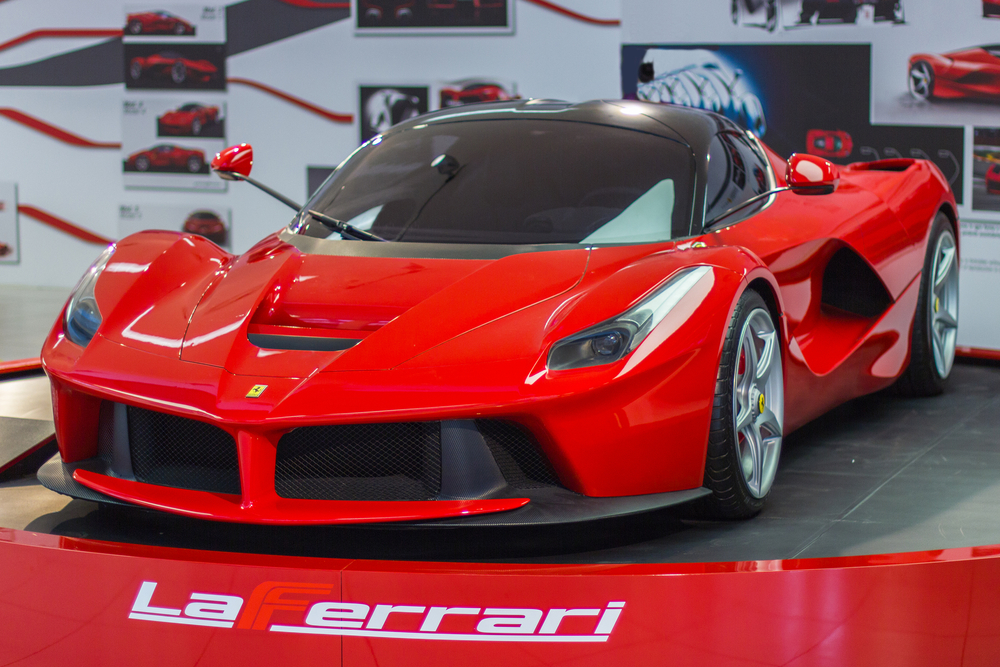 Bugatti took its classic Veyron as the starting point to create this super-fast street machine. Along with its completely re-designed body, the Chiron comes with a sticker price of $2.9 million. The monster car has a re-designed quad-turbocharged 8.0-liter W16, which produces 1,500 horsepower and an unbelievable 1,180 pound-feet of torque. The Chiron can hit a max of 261 miles per hour, and it goes from zero to 60 in just 2.5 seconds. 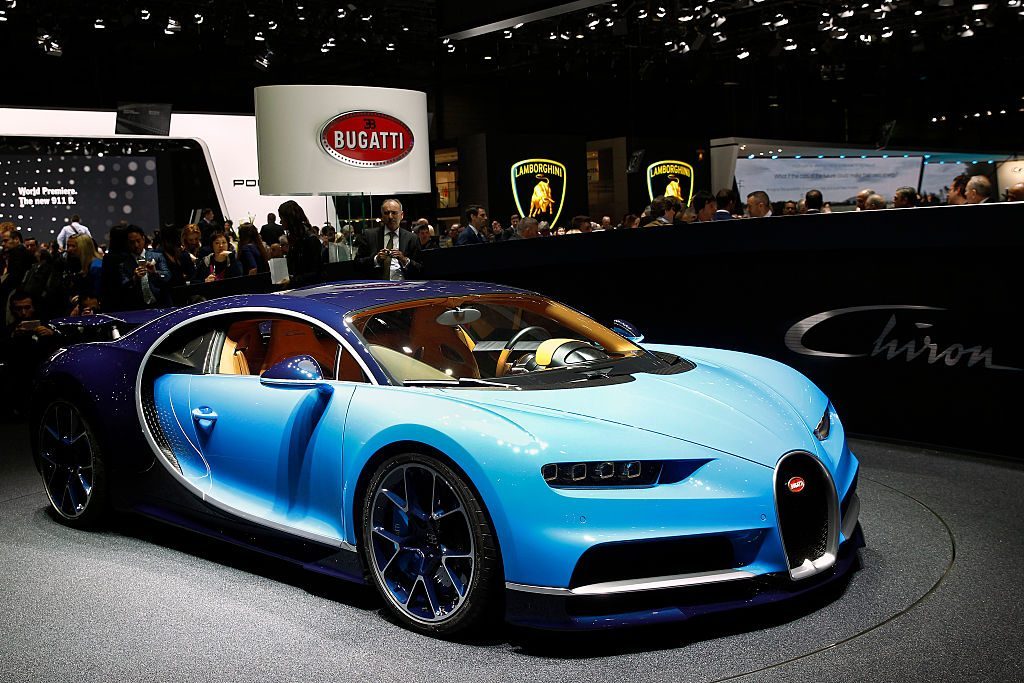 Ferrari never put the Pininfarina Sergio on the open market. Rather, it invited several people to purchase the unique vehicle for a mere $3 million, with only six ever entering production. The Italian design house Pininfarina took a Ferrari 458 Spider and modified it with a new exterior and interior. For example, they built aerodynamic headrests directly into the roll cage. The 4.5-liter V8 engine powers the car with 562 horsepower. 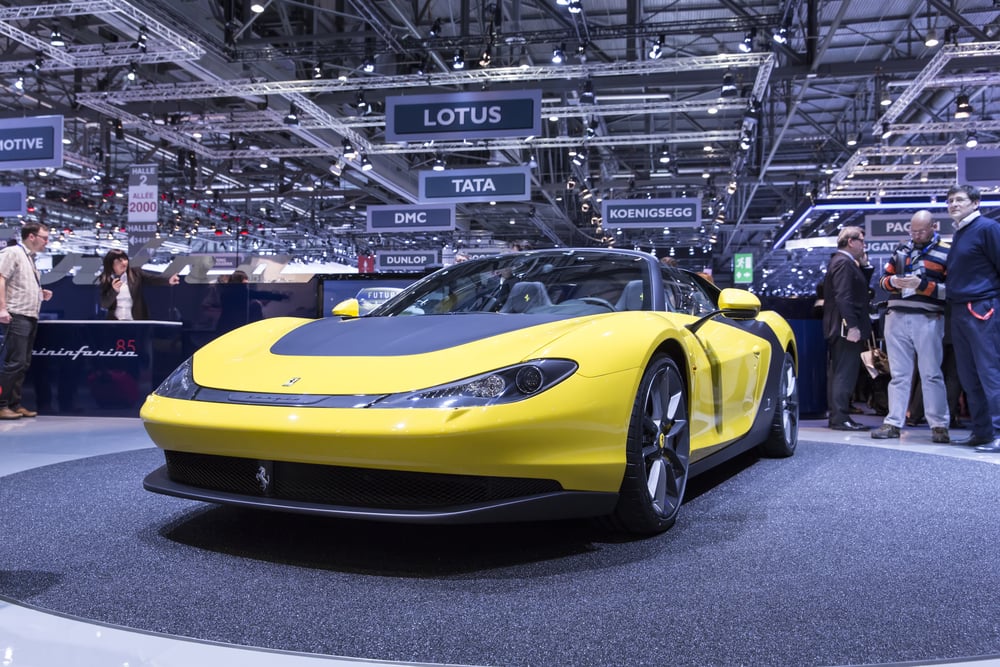 This particular version of the famed Bugatti Veyron has been customized by the German luxury car modification company Mansory. The Veyron began as Grand Sport Vitesse Roadster, only to be decked out in a stylish carbon-fiber body, larger side scoops and a new spoiler package, upgraded LED lights, a revamped cabin, and a redesigned front grille to become this customized version of its former self. The enhanced price tag is $3.4 million, which buys a work of art that has an 8.0-liter W16 engine that generates 1,200 horsepower with 1,106 pound-feet of torque, which means it can hit 254 miles per hour. 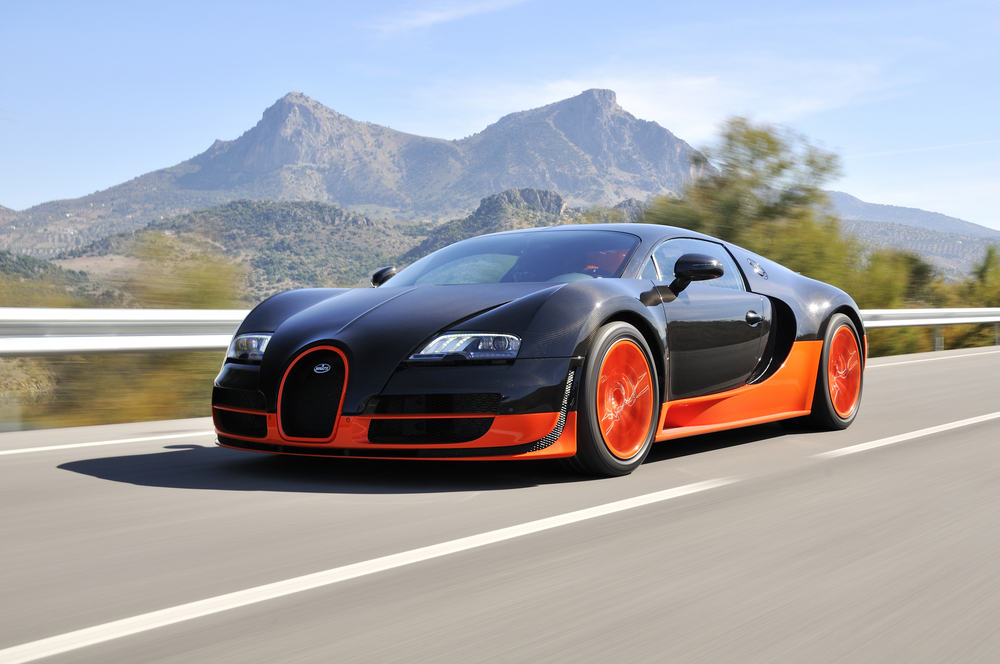 The Lykan Hypersport looks straight out of a science fiction movie with jewel-encrusted headlights, scissor doors that open like wings, and an interior like that of the starship Enterprise. Powered by a 3.7-liter, twin-turbo flat-six, the Lykaan Hypersport cranks out 770 horsepower with a substantial 708 pound-feet of torque. The police force in Dubai has purchased several of the $3.4 million Lykan Hypersports, which means few criminals could afford to outrun a machine that goes from zero to 60 in a mere 2.8 seconds and can reach a maximum speed of 240 miles per hour. 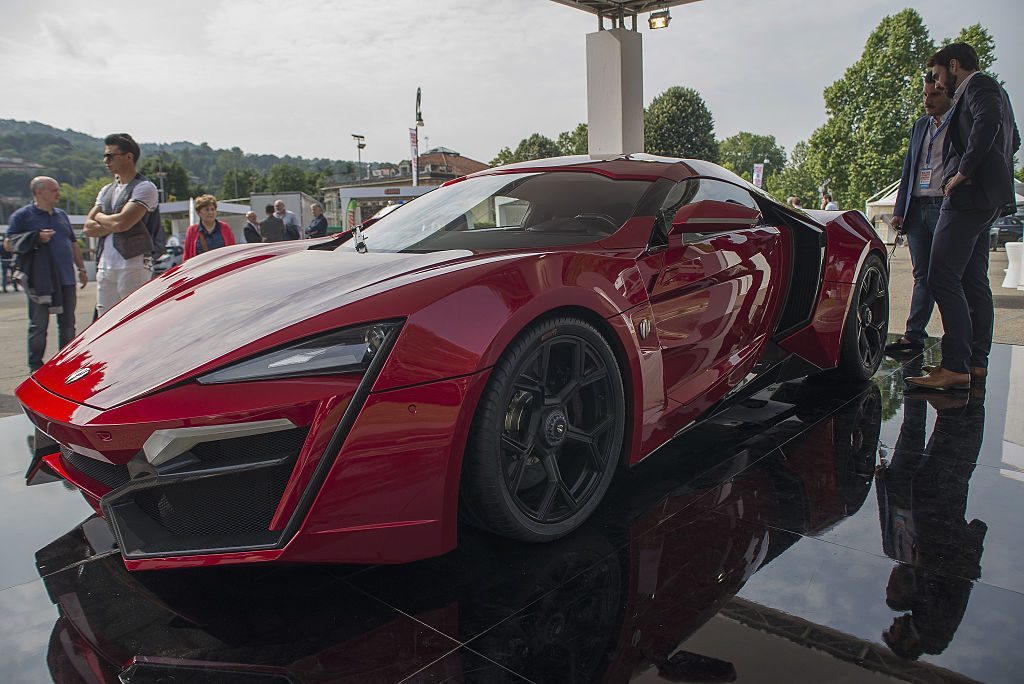 This wicked automobile goes by the name Poison, which in Italian is Veneno. At $4.5 million, this car is one of the priciest on the planet. While its curves may remind people of an alien spacecraft, the specs on this Lamborghini machine are out of this world. The Veneno has a 6.5-liter V12 engine that puts out 740 horsepower. The automobile spins up to 8,400 rpm and delivers 507 pound-feet of torque. The Veneno goes from zero to 60 in 2.9 seconds. 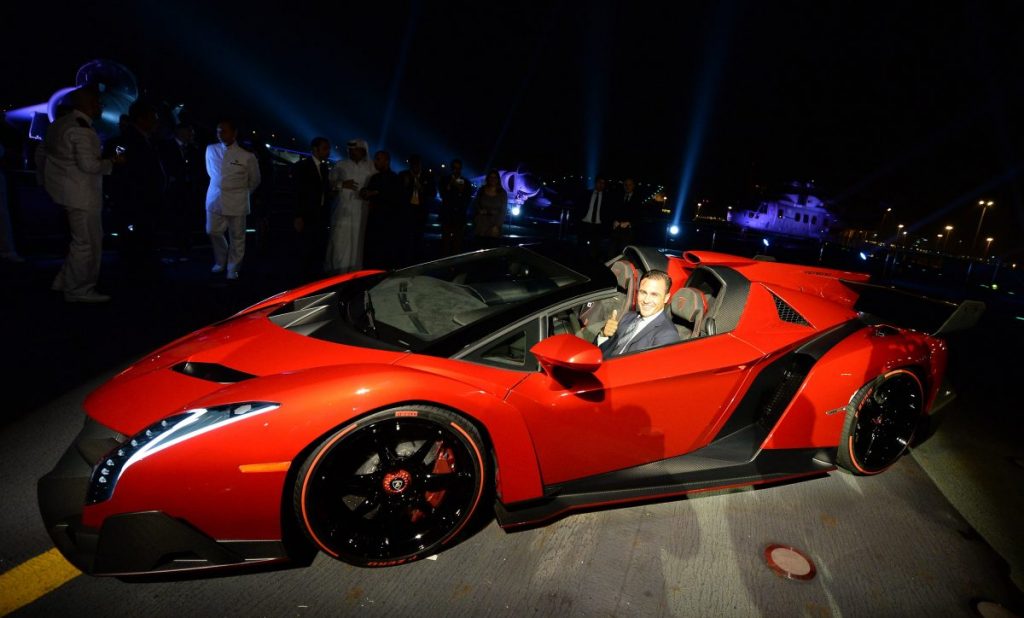 The most expensive street-legal production car around costs $4.8 million, not because of its 4.8-liter, dual-supercharged V8 engine that puts out more than 1,000 horsepower and 797 pound-feet of torque. The CCXR Trevita has a unique exterior finish, called the Koenigsegg Proprietary Diamond Weave, that actually uses diamond dust resin to coat the carbon fibers of the car's facade. Only three of these high-powered vehicles were ever produced. 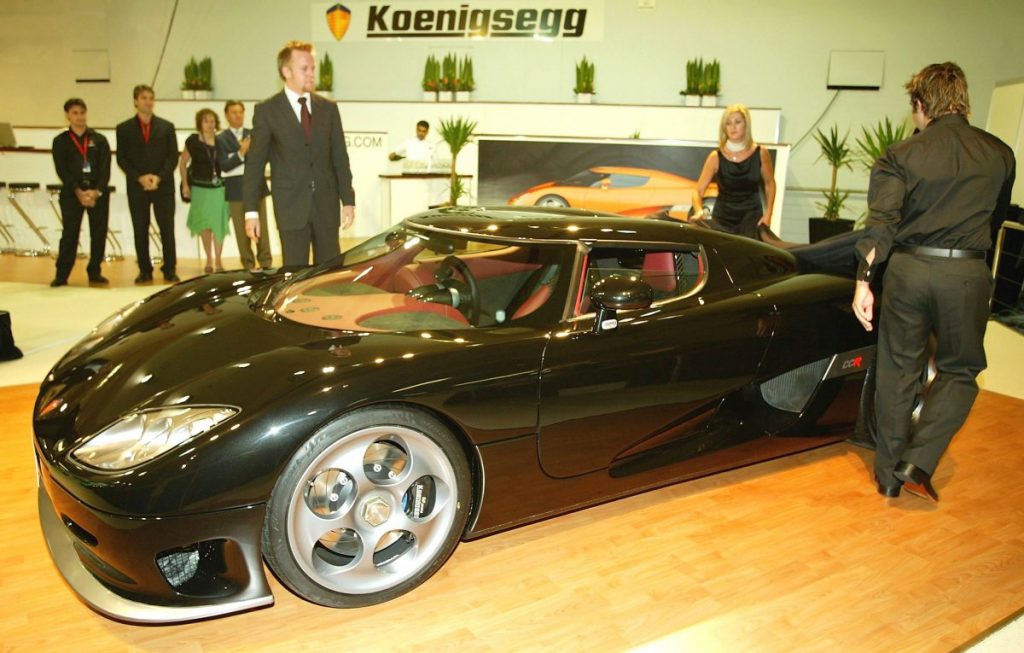 The Mercedes-Benz Maybach Exelero is a custom luxury automobile that has an $8 million sticker price. Even at that amount the 700 hp, twin-turbo V12 engine might be a bargain. The Maybach-branded limousine features a grille fabricated with chromed vertical slats and a subtle Mercedes-Benz emblem embedded into the top part of the frame. 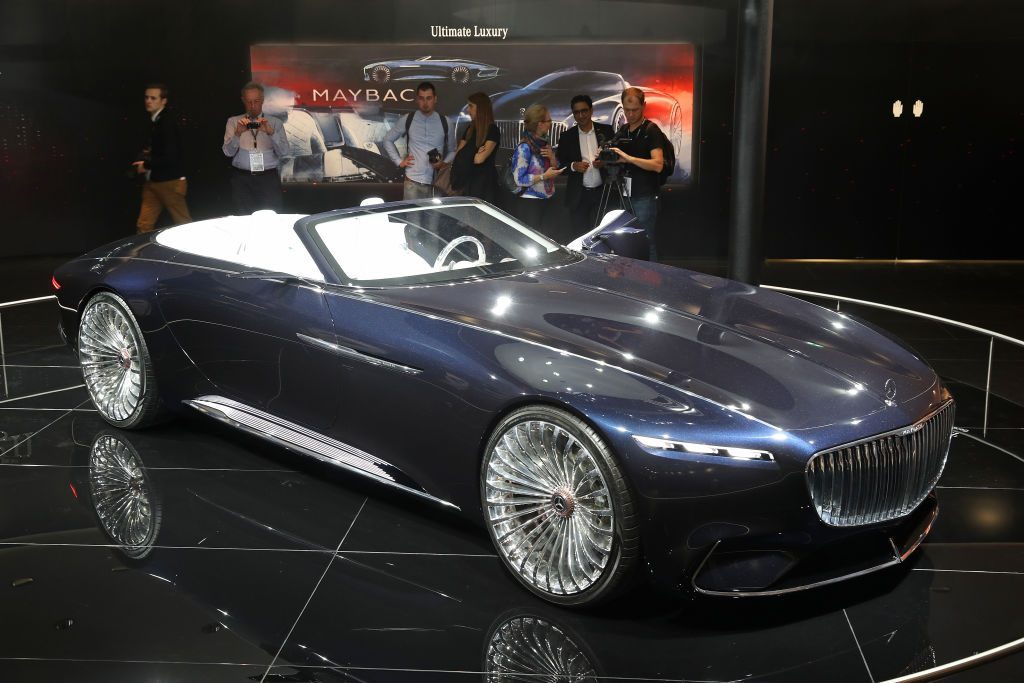 With a sticker price of $13 million, this custom Rolls-Royce is by far the world's most expensive automobile. The Sweptail is a luxury coupe that was commissioned by a customer who wanted a unique vehicle. Rolls-Royce fabricated every part of the car by borrowing some shapes from classic superyachts. The Sweptail name, as well as some elements of its design, suggest the swept-tail Rolls-Royce construction from the 1920s. The automobile took nearly four years to design and build. 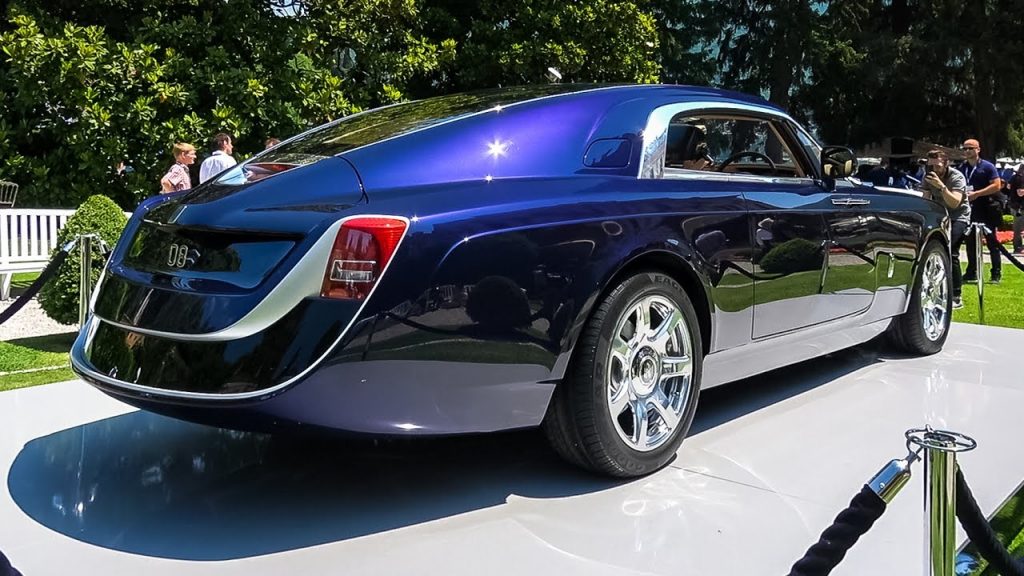