What Are the Ten Happiest Countries in the World?

Where you live partially determines your chance of a living a happy life. The residents of these countries are living the "good life" according to their self-reported happiness levels. The "World Happiness Report" is an annual study which determines the overall happiness of the people who live in each of the 156 countries reviewed. The report is based on a three year average of surveys taken by residents which include questions related to GDP, life expectancy, family life, friendships, perceived freedom, and emotional life. Here are the results of the report, and an explanation of what in particular makes these ten countries the happiest in the world.

Finland is the happiest country in the world according to the "World Happiness Report." This Northern European country sports long, cold winters which probably contributes to the unusually high happiness of its residents. According to professor John Helliwell, a Canadian economist, a group of people who face challenges together, in this case, the difficult winters, form much closer relationships. These more intense, deeper relationships foster happier people.

Residents of Finland benefit from a high GDP, excellent social programs such as free or low-cost higher education, and a high life expectancy. Finish people also have lower expectations for happiness which makes them more content with less. A combination of these factors makes Finland the happiest country in the world.

Denmark is the second happiest country in the world according to the report. The Scandinavian nation is extensively developed, both socially and economically, and boasts highly ranked education and health care systems. The country has the highest rated social mobility, the movement of individuals and groups of people through a societies social strata, in the world.

The high-quality social interactions shared by residents of Denmark is the largest contributor to its high happiness ranking. Finnish people value quality time spent with family and friends, known as hygge, to a very large degree. Making these type of relations a priority benefits people in several ways including lowering stress levels and increasing trust among peers. These cultural aspects of Denmark contribute to its spot as the second happiest country in the world. 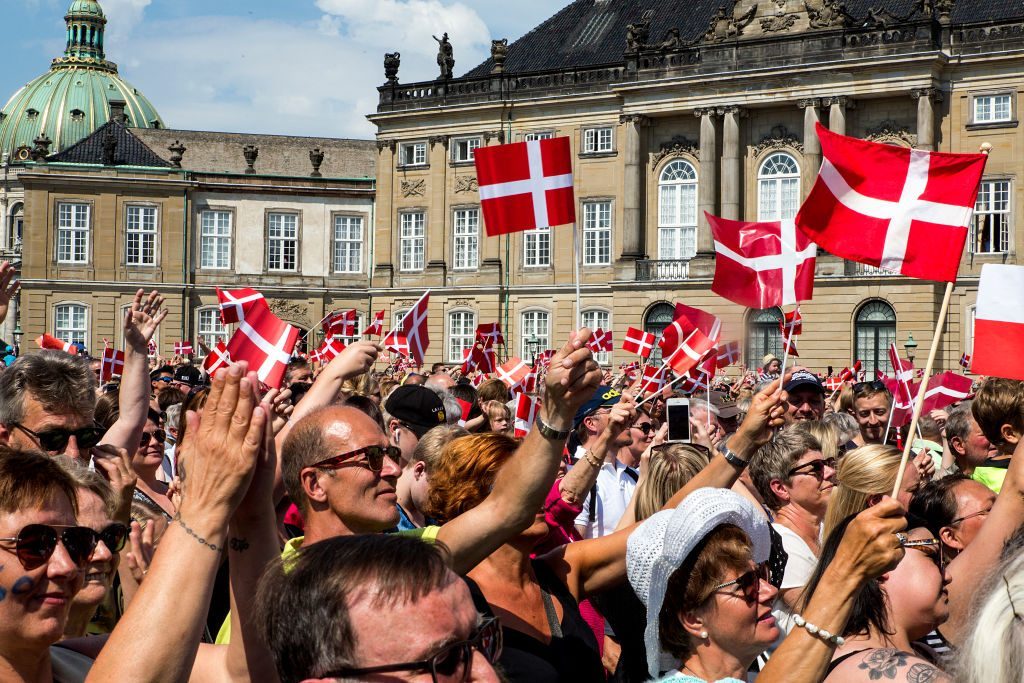 Norway is the third happiest country according to the "World Happiness Report." This Eastern European country has the fourth-highest per capita income in the world. It has the worlds highest human development index ranking, a composite rating consisting of life expectancy, education level, and income. The country also has one of the lowest crime rates in the world.

Norway's citizens have a term "sted bundet" which means "place-bound." Families in Norway often stay in the same area for multiple generations, passing their home on to their children rather than moving around. This creates a strong communal spirit with multi-generational relationships often forming between those who live in close proximity. This combination of cultural elements helps make Norway measure up as the third happiest country in the world. 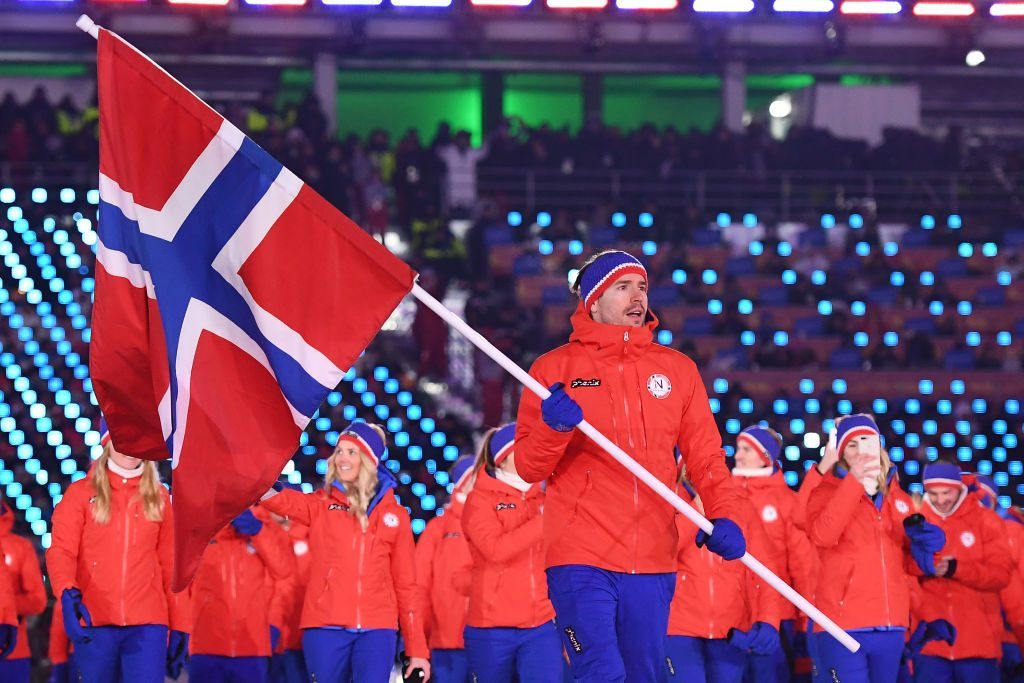 Iceland is the fourth happiest country in the world according to the report. This Nordic, volcanic, island country stays cold year round and contains a unique mix of mountains, glaciers, sandy land, and lava fields. It provides universal health care and higher education for its citizens and features relatively low taxes. Iceland ranks highest in the world in median wealth per adult. It ranks first on the global peace index.

The people of Iceland share a tight bond that only small-community living can provide. Even with the countries economy nearly facing collapse as a result of the 2008 global financial crisis, residents happiness level stayed relatively unchanged due to their close communal ties. This social solidarity keeps Icelanders satisfied and feeling good. These ingredients help make Iceland the fourth happiest country in the world. 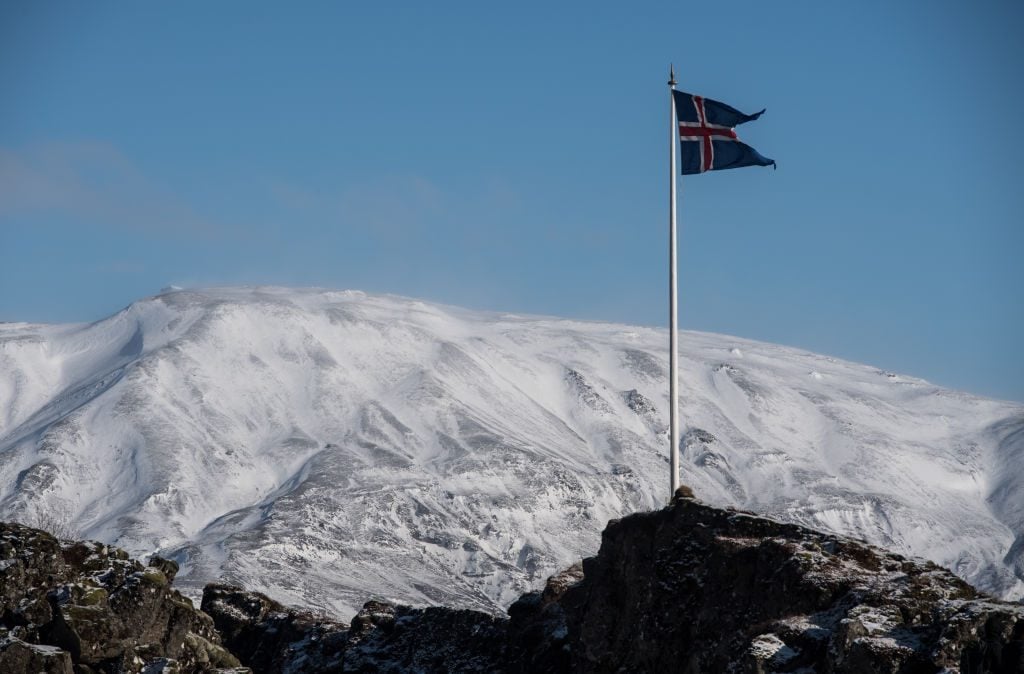 The Netherlands is the fifth happiest country in the world according to the "World Happiness Report." The country is mostly located in Europe but also includes three island territories in the Carribean. It has long been known for liberal social progress with its progressive drug policies and legalization of abortion, prostitution, and euthanasia. 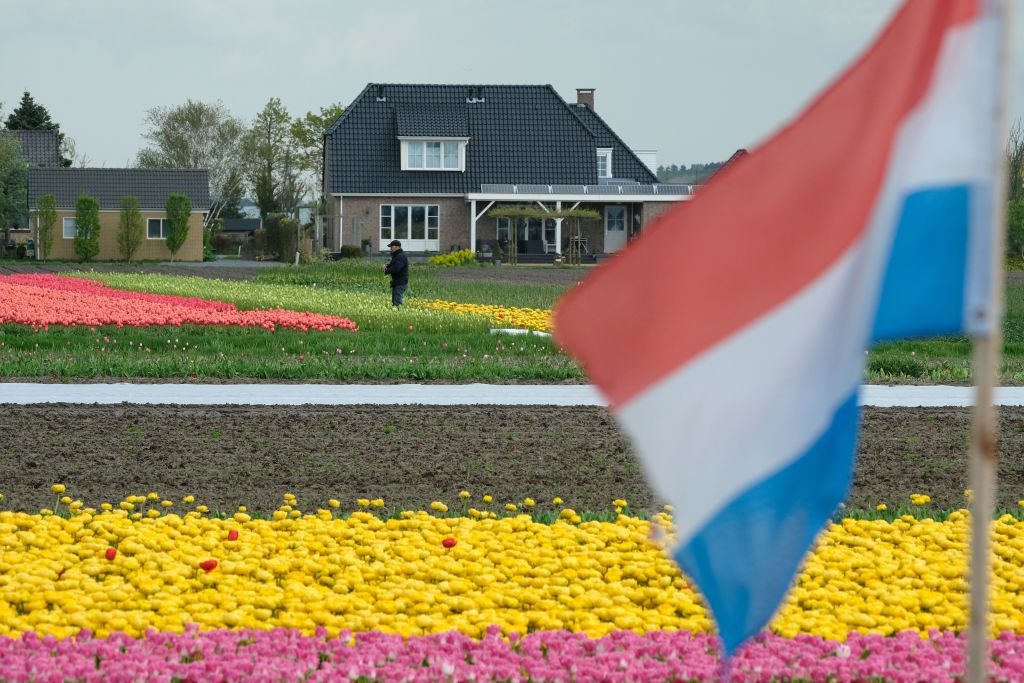 Switzerland is the sixth happiest country in the world. The country contains a part of the Alps, the highest and largest mountain range in Europe. It features the highest nominal wealth per adult in the world and the eighth highest per capita gross domestic product. The country uses four separate traditional languages: German, French, Italian, and Romansh. The average life expectancy in the country is an impressive 82.8 years old!

Switzerland provides its citizens with excellent health care featuring low wait times and access to the best medical technology as well as one of the best welfare programs in the world. The county's government is widely considered to be the closest example of true democracy in the world. 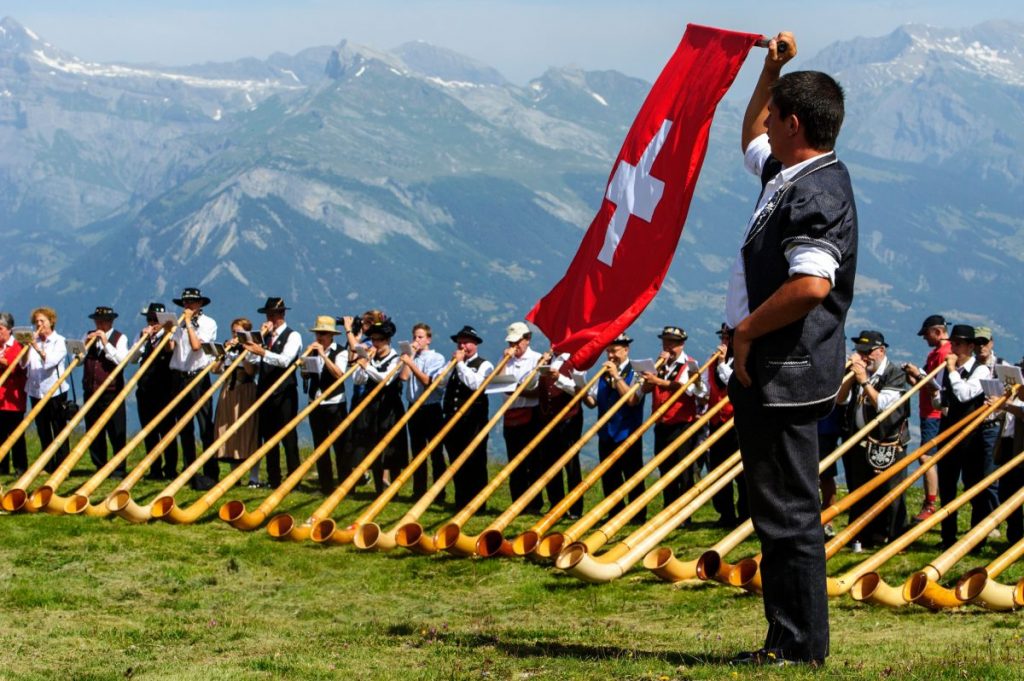 Sweden is the seventh happiest country and the largest country in Northern Europe. It enjoys a mild climate with warm summers. The countries welfare system provides tertiary education and universal health care to all citizens, and the government offers five weeks paid-vacation to employed residents.

In Sweden, there is a word "lagom" which roughly translates to "not too much, not too little." The meaning of this term does well to capture the Swedish mindset of the ideal being the perfect amount. This is reflected in the countries economy in that there isn't as much of a low income and extreme wealth split. Swedes have enough to be comfortable, and the security allows them to enjoy a life well lived. These ingredients help makes Sweden the seventh happiest country in the world. 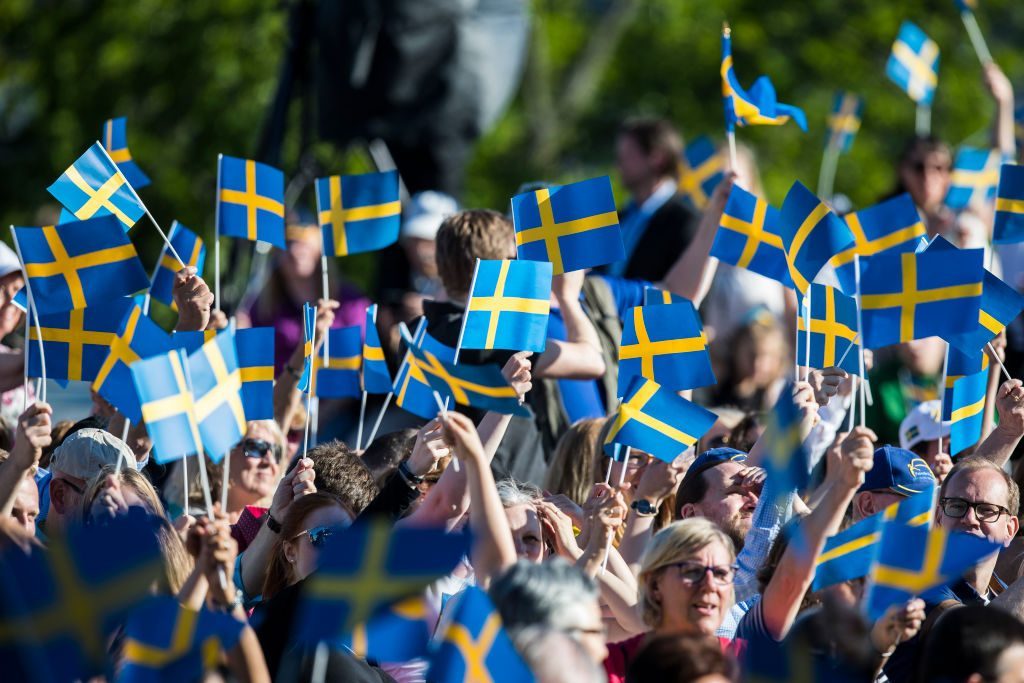 New Zealand is the eighth happiest country in the world. The Southwestern Pacific Island country consists of two larger islands and around 600 smaller islands. The country was one of the latest areas of Europe to be settled by humans. New Zealand and Denmark tied as having the least amount of corruption of all countries.

New Zealand showcases some of the most beautiful terrain in the world with forest making up 30% of the country. It has tranquil mountains, and beautiful beaches in addition to the green countryside it's most famous for. 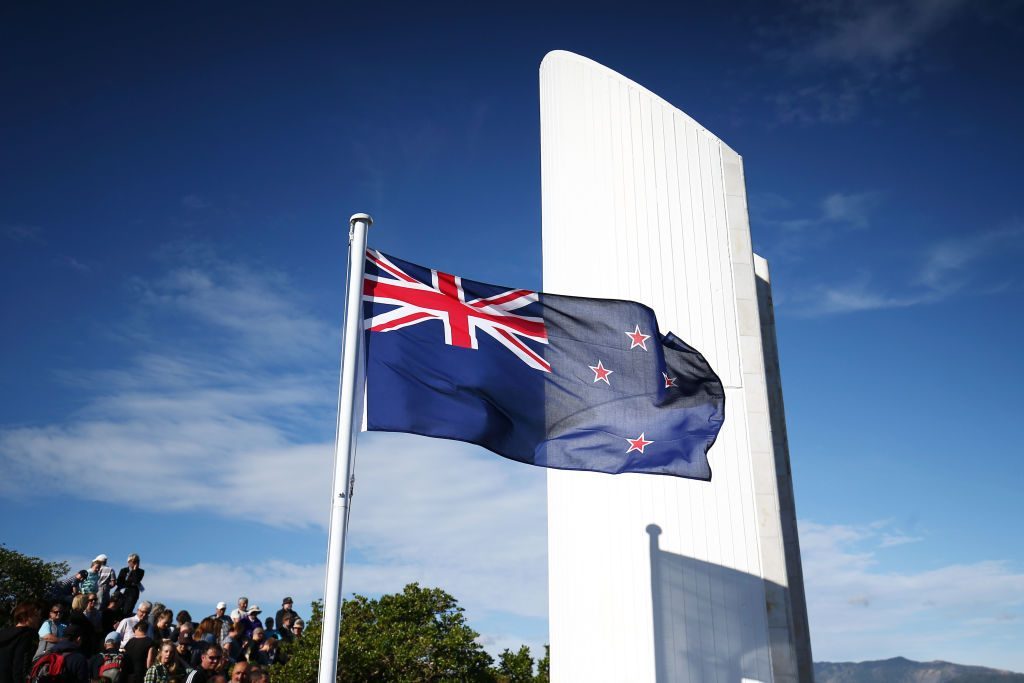 Canada ranks ninth according to the "World Happiness Report." The North American country shares its southern border with the United States and is the worlds second largest country. It has the sixteenth highest rating of nominal income per capita and features the tenth largest economy in the world. Its economy benefits greatly from its plentiful natural resources and extensive international trade agreements.

Canadians form strong social ties with family, friends and co-workers, one of the most important aspects of human happiness. According to a study at Berkeley University, people who make strong social relationships a higher priority than personal achievement and individual goals are overall happier. These factors contribute highly to Canada's spot as the ninth happiest country in the world. 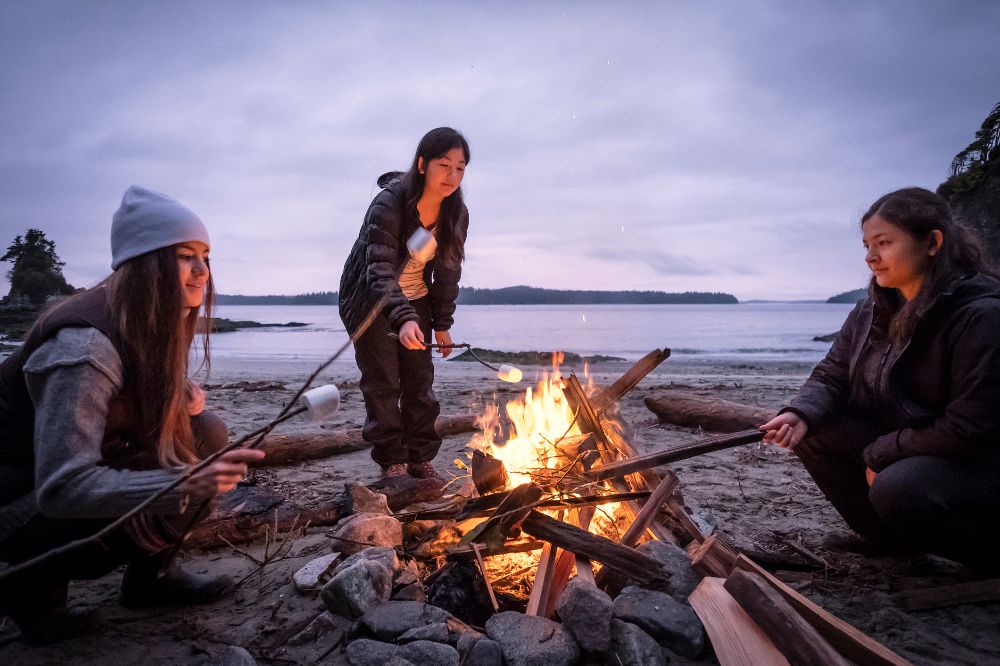 Austria is the tenth happiest country in the world according to the "World Happiness Report." This mountainous Central European country was ranked 20th on the "Human Development Index" and is one of the richest countries in the world base on per capita gross domestic product. Health is a high priority for Austrians. Even visiting foreigners receive free health care. The country also boasts a 95% literacy rate.

Austrians consider family relationships extremely important. Many Austrians do not leave their parents homes until after university, and often elderly people live with their children for the remainder of their lives. Strong family ties and a strong economy are some of the factors which make Austria the tenth happiest country in the world. 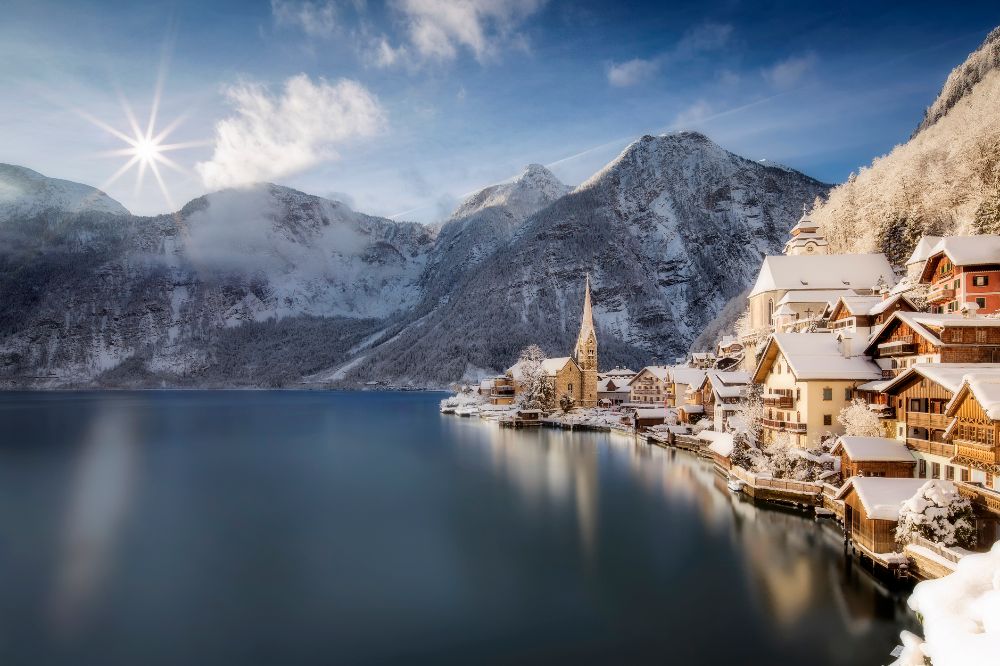