Westerns are said to be an American art form, but the very first western was filmed in 1899 in the English countryside, in a town called Blackburn. Filmmakers created a one-minute movie titled “Kidnapping by Indians” four years before “The Great Train Robbery,” the movie most film historians name as the first in the genre.

Since those early depictions of life and frontier justice in the Old West, filmmakers have explored a wide array of themes and characterizations — what it was like during this tumultuous period of American history. Although the genre has waned at times, it continues to evolve. Modern westerns include more intricate, inclusive themes told from perspectives other than the typical cowboy hero. However, many Westerns from the earliest days of filmmaking continue to show up on lists of the genre’s top films in cinema history.

A legendary gunfighter faces his mortality in a way he didn’t expect after being diagnosed with cancer in this 1976 film adapted from a novel. John Wayne plays J.B. Brooks, a hardened gunslinger who’d rather die with dignity in a shootout than face a lingering death. James Stewart plays Doctor Hostetler, who delivers the life-altering news. Lauren Bacall, Ron Howard, Richard Boone, John Carradine, and Scatman Crothers, are just some of the notable actors who bring this story to life. The movie received critical acclaim, as well as Oscar, BAFTA, and Golden Globe nominations and a place on the year’s top films list. 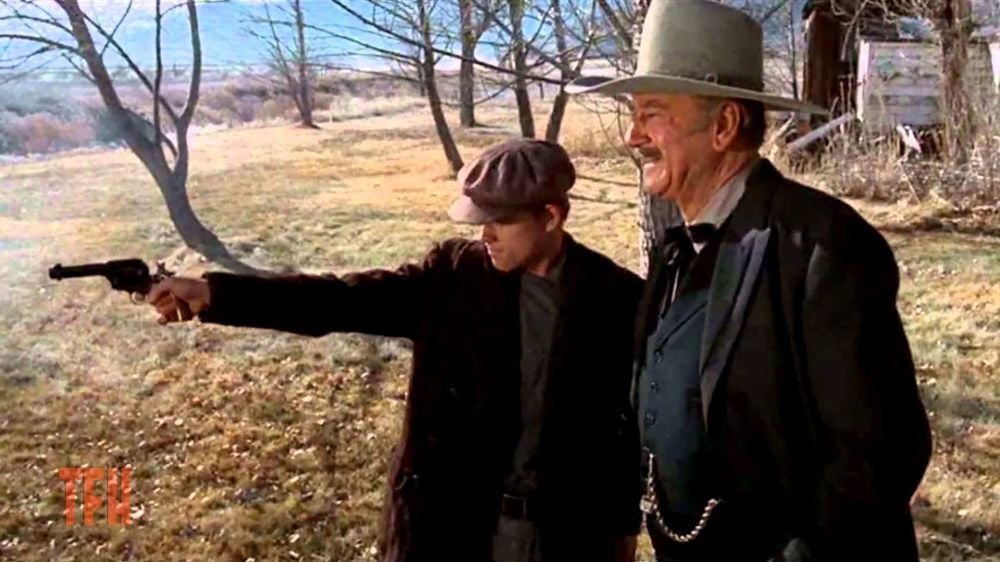 Most Westerns feature men as the lead character. But this 1954 film follows the story of Vienna, a tough saloon owner who happens to be a woman. Joan Crawford plays the lead role. Johnny Guitar was a low-budget film, yet pushed the gender boundaries often featured in Western films. Sterling Hayden plays Johnny “Guitar” Logan, Vienna’s former lover, who shows up five years after their last encounter. Crawford and Hayden deliver strong performances, but it’s the interactions between actress Mercedes McCambridge’s character Emma and Vienna that create the most interesting and tension-filled scenes. 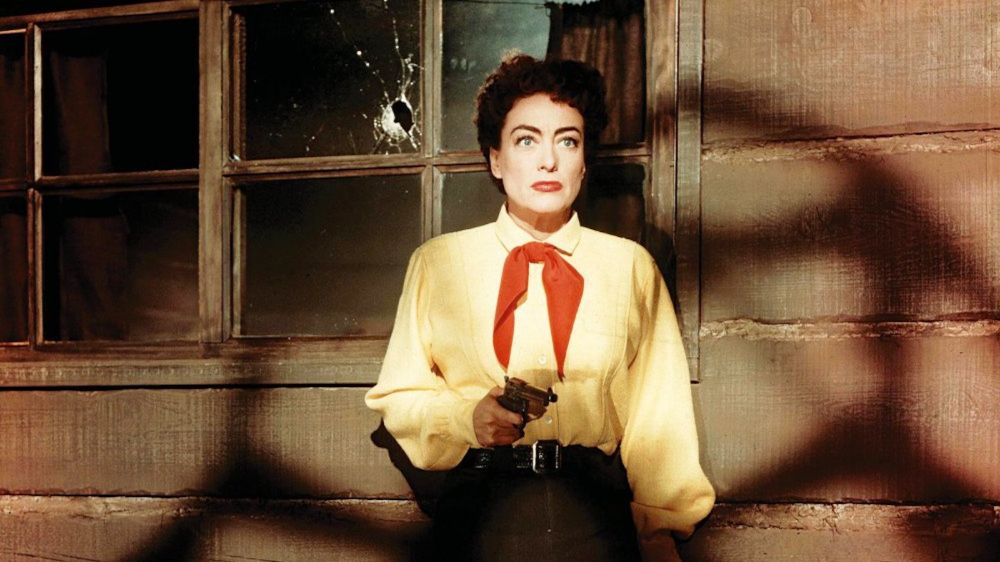 The Good, The Bad, and the Ugly

Enthusiasts often describe this Spaghetti Western as a masterpiece. Its iconic music and striking landscapes, in combination with its cynical look at Civil War opportunists make it just as fun to watch now as it was when it came out in 1966. The legendary Clint Eastwood plays Blondie, “the good.” Lee Van Cleef is “the bad,” and Eli Wallach is Tuco, “the ugly.” Look for the iconic face-off scene between the trio, which many filmmakers say is one of the top editing examples in cinematic history. 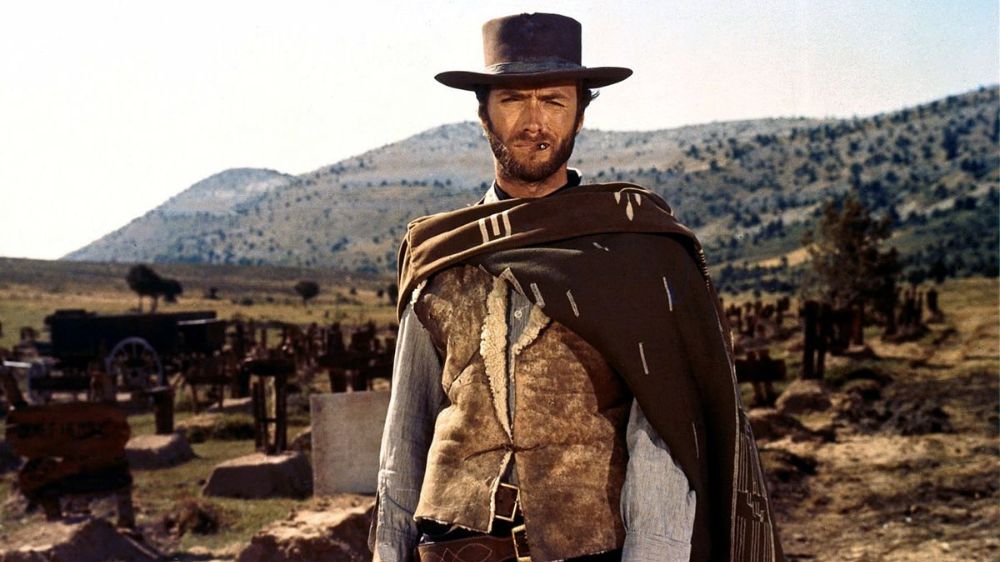 Movie lovers who appreciate a Western with both an emotional, well-acted storyline and realistic fight scenes will love this 1953 movie. “Shane,” stars Alan Ladd as Shane, a disillusioned gunslinger who has sworn off his six-shooters. He arrives on a Wyoming homestead to discover a group of settlers involved in an ongoing standoff with a local cattle baron. Circumstances force Shane to once again draw his guns for the sake of justice, and the adventure begins. The scenic shots are breathtaking. 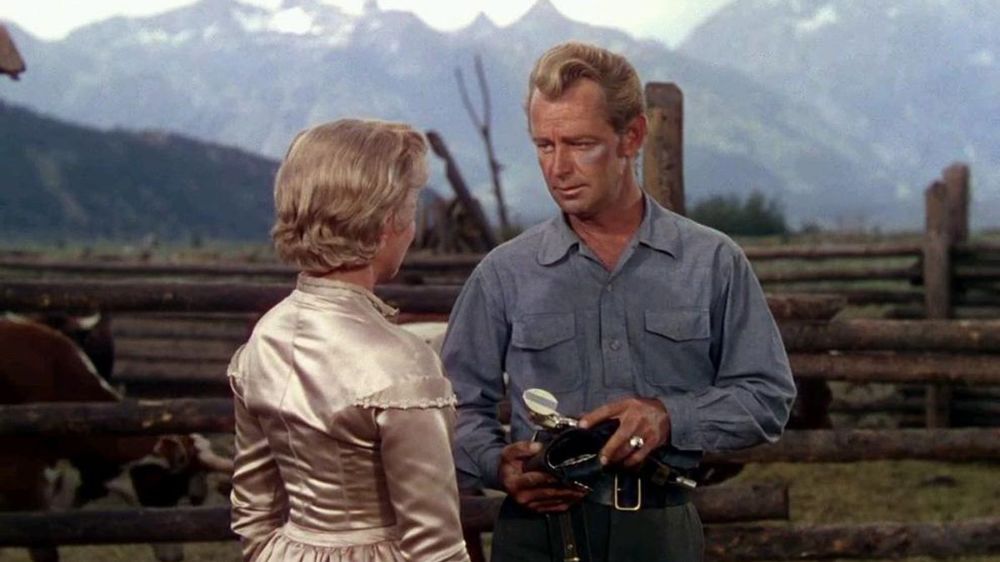 Based on the 1964 epic novel by Thomas Berger, “Little Big Man” is a first-hand recounting of the adventures of a 121-year-old nursing home resident named Jack Crabb. Dustin Hoffman plays the title character. He transforms his lead role through a long list of tragic and comedic characters: a youngster raised by Indians, a gunslinger, a mule skinner, and the only living white survivor from the Battle of the Little Bighorn, to name a few. His heartfelt conversations with Chief Dan George, who plays his Indian grandfather Old Lodge Skins, are funny but heartbreaking. The 1970 feature was an anti-establishment film and one of the first commentaries on the negative treatment of Native Americans in the U.S. 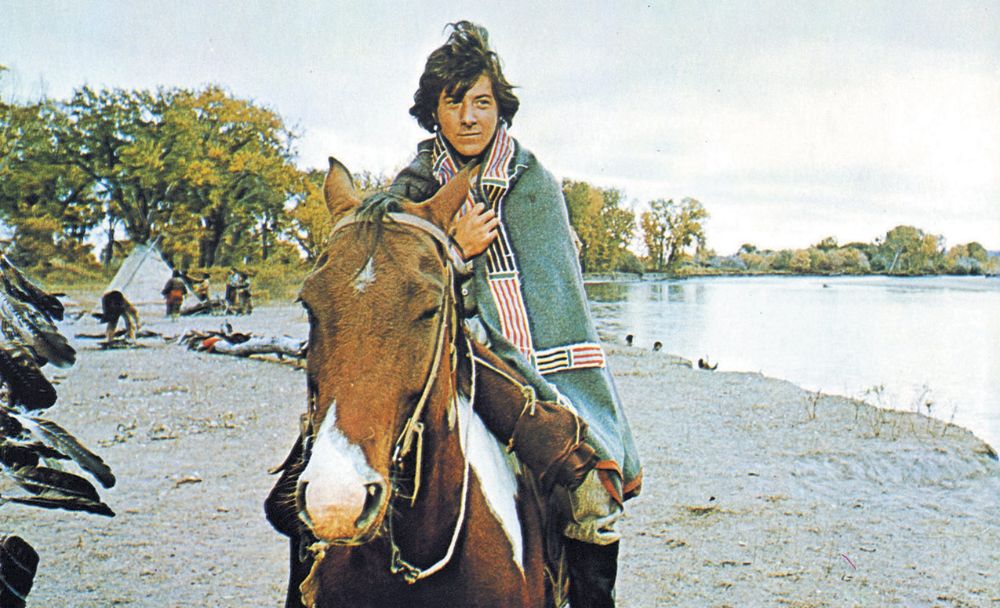 The Assassination of Jesse James by the Coward Robert Ford

This 2007 film is an intriguing retelling of one of the most iconic legends in Old West history: the death of the infamous outlaw, Jesse James. Brad Pitt plays the role of James. Casey Affleck portrays the coward in the title, Robert Ford, who kills James. He received several nominations for his supporting role. The haunting cinematography, which evokes images reminiscent of an old-time camera, earned an Academy Award Nomination. The film also received high accolades from critics. According to the descendants of Jesse James, this film is closest to the family’s stories about the event. 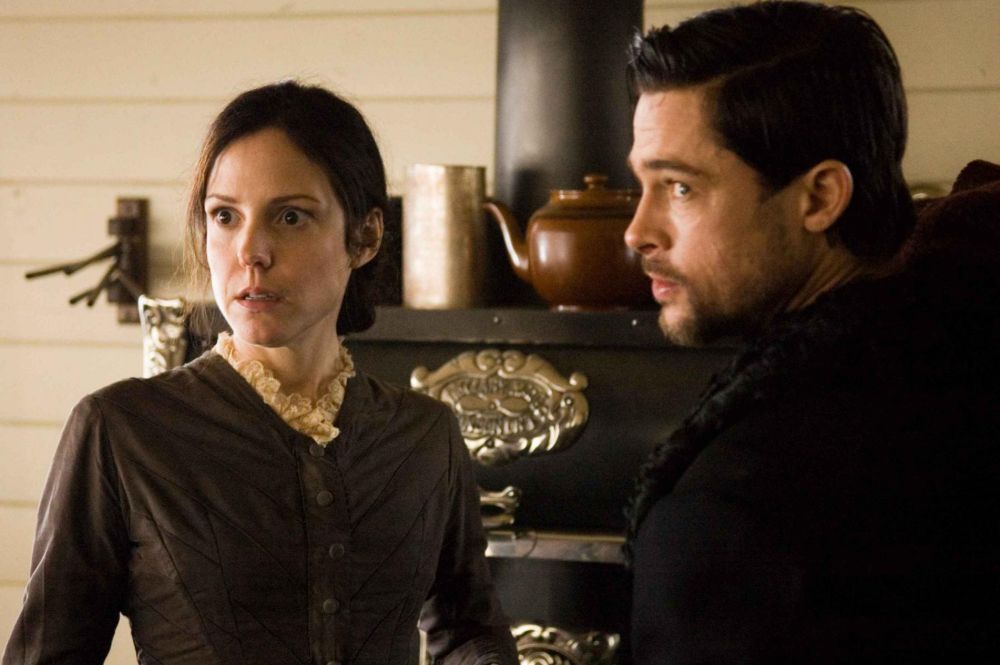 With Steve McQueen, Yul Brynner, James Coburn, Charles Bronson, Robert Vaughn, Eli Wallach, Brad Dexter, and Horst Buchholz in the cast, this Western was sure to be a hit. The 1960 version was a remake of the 1954 Japanese film, “Seven Samurai.” Wallach plays the leader of a bandit gang terrorizing a Mexican village. Seven mercenaries, each with unique skill sets and character traits, take on the task of protecting the villagers. It’s still a top favorite for fans of the genre. 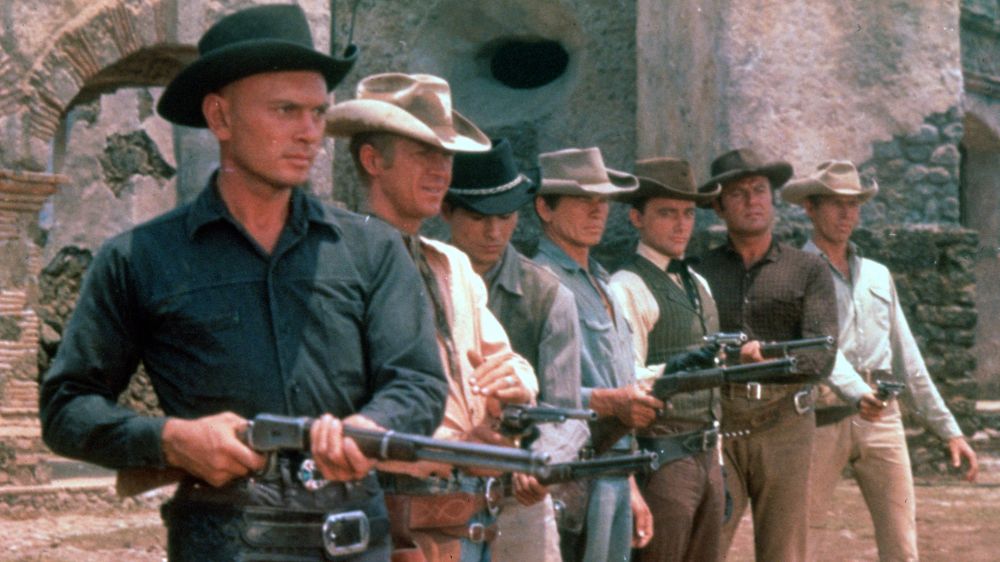 In 1993, Kurt Russell, Sam Elliott, Val Kilmer, and Bill Paxton teamed up to recreate the events leading up to shootout at the O.K. Corral, an iconic event in Old West lore. Russell portrays Wyatt Earp, a famous lawman who moved to Tombstone after cleaning up Dodge City. Wyatt’s dream is to retire and live out his days in obscurity. After he arrives in Tombstone, he runs into the sickly Doc Holliday. Kilmer left his mark with his haunting portrayal of the ailing lawman, Holliday. It’s a dark and engaging movie where heroes are few and far between. A ruthless gang terrorizes the town and forces Wyatt to finally take a stand. The riveting musical score pushes the movie’s dramatic effects from beginning to end. 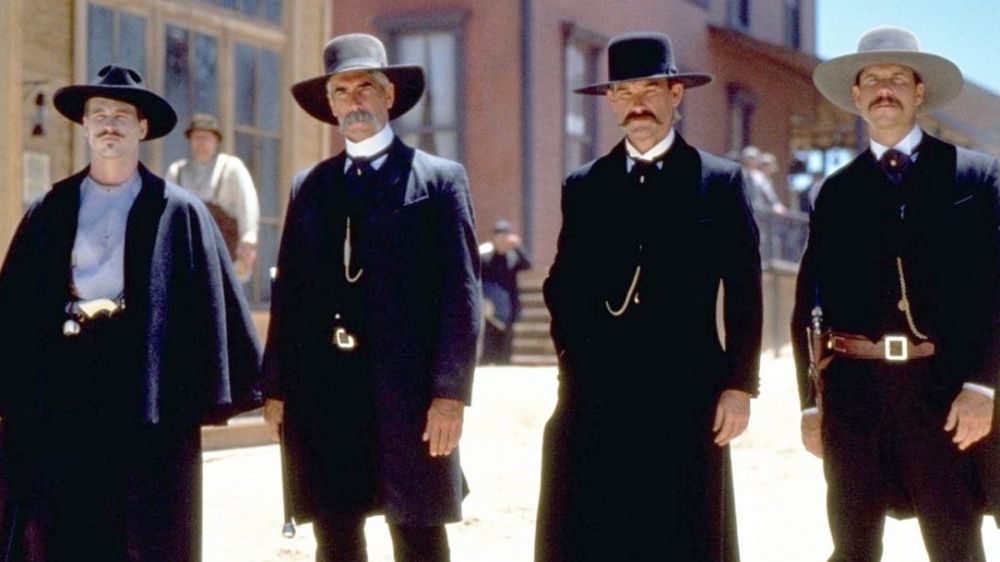 In the original 1969 movie, John Wayne plays Marshal Reuben J. “Rooster” Cogburn, a tough act to follow in the eyes of Western movie fans. But the Coen Brothers’ 2010 remake took a bit of a different approach and ended up with 10 academy award nominations. Jeff Bridges takes on the role of Rooster. Hailee Stanfield, as Mattie Ross, convinces Cogburn to help her track down the man who murdered her father. Josh Brolin plays the murderous outlaw Tom Chaney. Matt Damon plays a Texas Ranger named LaBoeuf, who joins the chase. 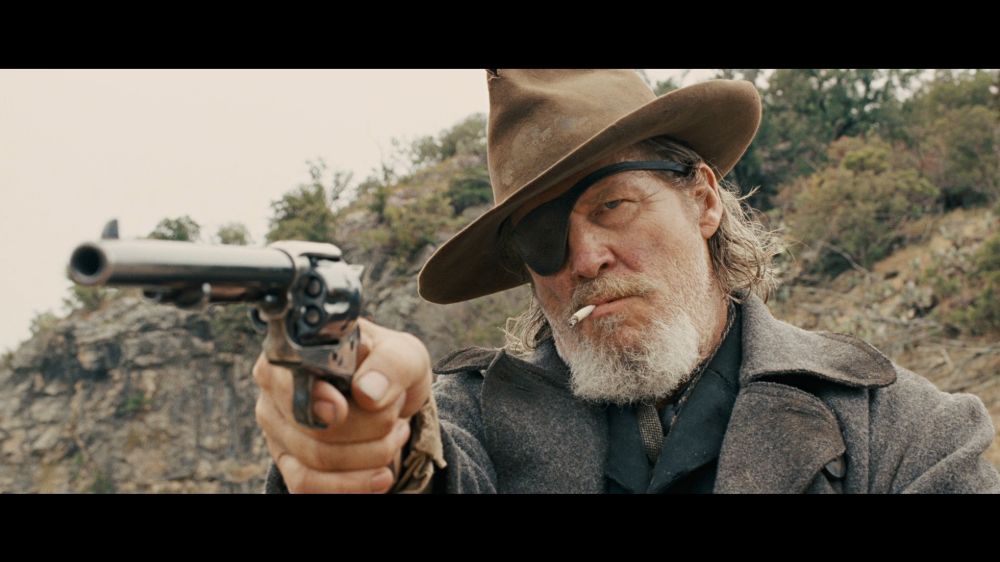 Who says a legendary comedy can’t also be an entertaining Western? Mel Brooks’ hit movie, released in 1974, has an all-star cast, including Gene Wilder, Cleavon Little, Slim Pickens, Harvey Korman, Madeline Kahn, and Brooks himself. The movie is an iconic spoof on the Western genre, unafraid to charge head-on into topics like racism, women’s rights, corruption, and politically incorrect language. Not only has Blazing Saddles made it to the list of top Westerns, but fans also include it as one of the top comedies of all time. 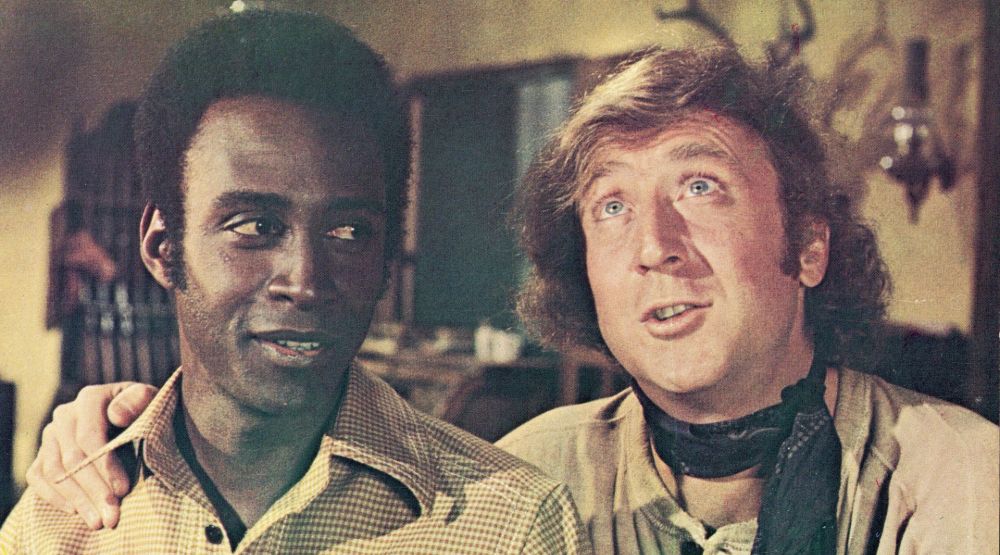