Ah, dumb laws. Every state in the U.S. has them, every state in the U.S. knows they’re nonsensical at best, and yet they stick around because few states bother to repeal them, let alone strictly reinforce them. But the fact is, as quirky, weird, stupid, outlandish, and highly confusing these regulations are, they are still technically the law in these states. Even though they were passed many years ago and no longer make any sense in today’s context, even weirder, you can still get fined or charged with misdemeanors for breaking some of them without having any idea they existed!

1. No getting drunk in bars

Where: Alaska It’s illegal to be drunk while in a bar in Alaska. Yes, a bar. You know, the one place people go specifically to get drunk. People who are already drunk must not “knowingly” enter a bar to drink more either, nor can they remain in the bar where they got drunk in the first place. Basically, you must use your own drunken “judgment” to decide the point at which you’ve had enough and kick yourself out. Laugh all you want, but police still enforce this law. Also illegal in Alaska: viewing moose from an airplane -- or pushing moose out of an airplane for that matter, waking a sleeping bear to take a photo of it, and bringing flamingos into barbershops. 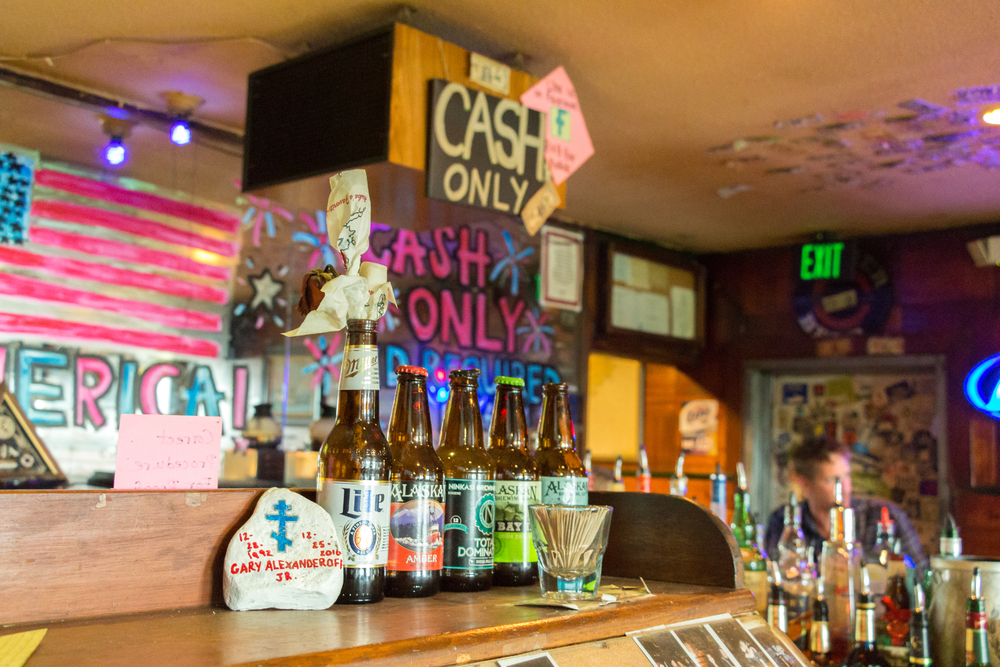