Have you ever stopped to wonder why it is that every four years, February has an extra day? A leap year, or intercalary year, is where the calendar contains one extra day to keep them in line with the seasons. Over time, rigid calendars cause each year to drift and fall out of alignment with the seasons. To counter this, inserting (or intercalating) an extra day into the year stops the drift from happening. This is how we get leap years.

Nearly 5000 years ago, the Sumerians split the year into 12 equal portions of 30 days each and created a 360 day year. However, this meant that their year was almost a week shorter than the time it takes for a complete journey around the sun. Soon their calendars fell entirely out of alignment.

Recognizing the drift in this, the Ancient Egyptians were the originators of a calendar that spanned 365 days. Rather than a leap year, they simply added five days of festivals and celebrations at the end of the year. 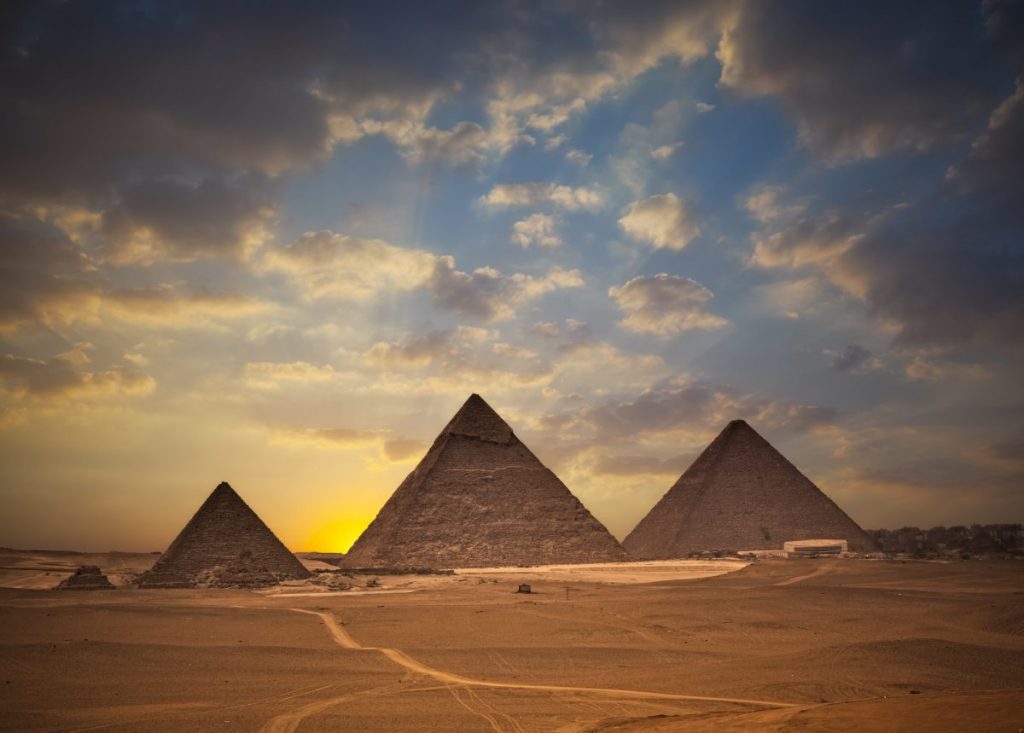 The Father of Leap Years

Meanwhile, the Romans had been following a lunar calendar, which has 29.5 days in a month and 355 days in a year. In doing this, they found that they were falling hopelessly out of sync with the seasons. In an attempt to fix this, the Romans would regularly try to add extra days or months, which only seemed to show how significant the demand was for a new calendar.

So in 45 BC, and almost three months out of sync with the calendars, Julius Caesar introduced a new 365-day calendar, with an extra day in a leap year. 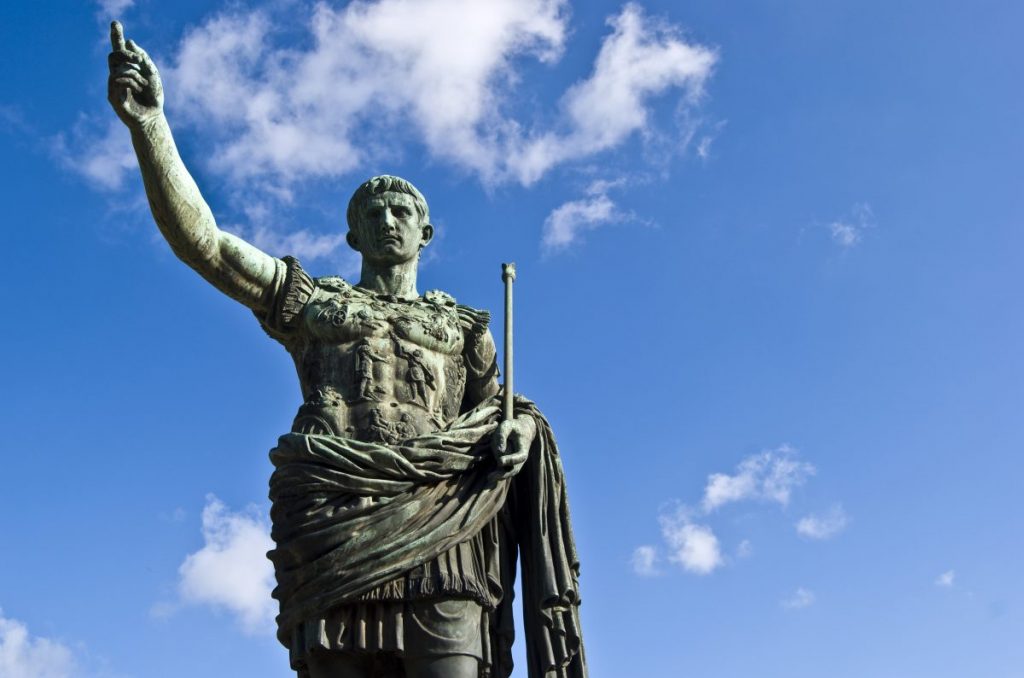 A Mistake was Made

After Caesar’s decree, the priests who had devised the new calendar made a mistake. Rather than a leap year happening every four years, a leap year would occur every three years. It didn’t take very long for them to realize that this system would not work at all, and so a correction had to be made.

In 8 BC, Emperor Augustus introduced the corrected calendar so that leap years would happen every four years. 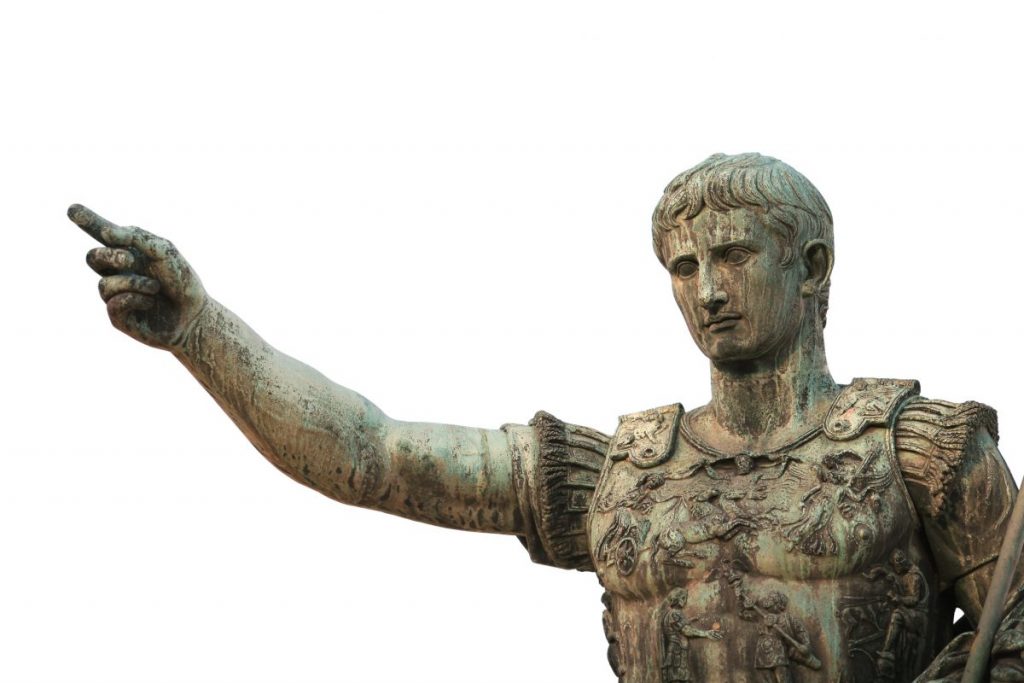 How did February become the shortest month?

Augustus is also the reason that February is the only month with fewer than 30 days. July is a month named after Julius Caesar, as it was the month that the emperor was born in. The month was originally named Quintilis, and Sextilis was to be the month renamed in honor of Augustus.

Yet July had 31 days, and originally August only had 30 days, which would have been seen as a slight on the emperor. To appease this and highlight Augustus’ importance, the Romans borrowed a day from February. This meant in a leap year there were only 29 days, and therefore 28 days in a common year. 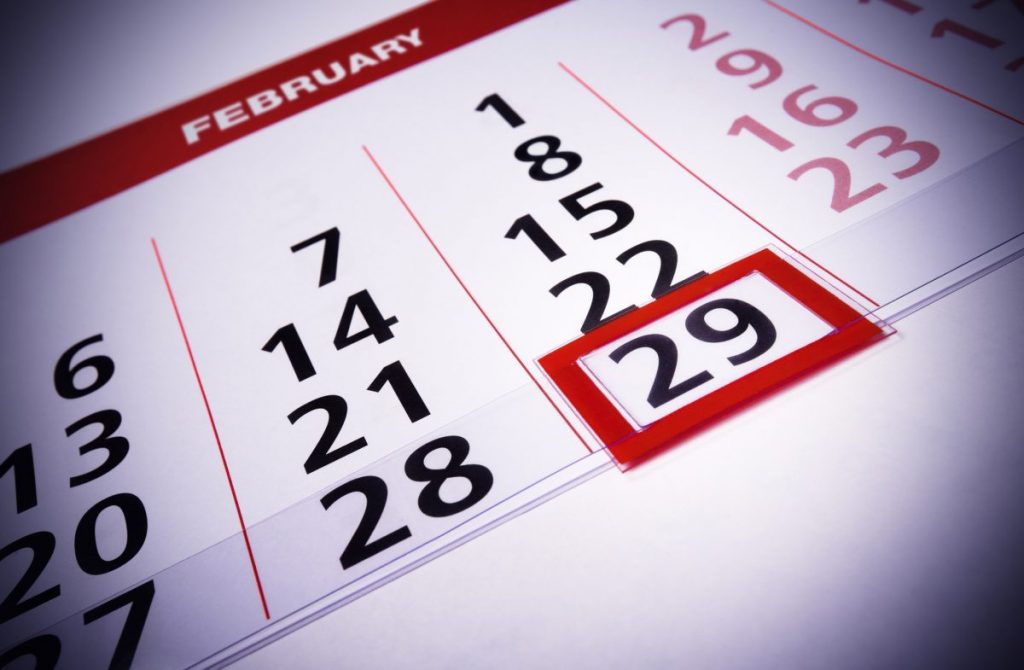 Leap Years Around the World

In other places in the world, there were traditions building to correct the drift of a calendar. These took place long before we had the knowledge of earth’s orbit around the sun. In the Chinese calendar, it is corrected with a leap month every three years. The leap month is placed in a different part of a calendar every year.

In the African country of Ethiopia, rather than being in February, at the end of the year, an extra day is added to the calendar. This also happens every four years, as a leap year. 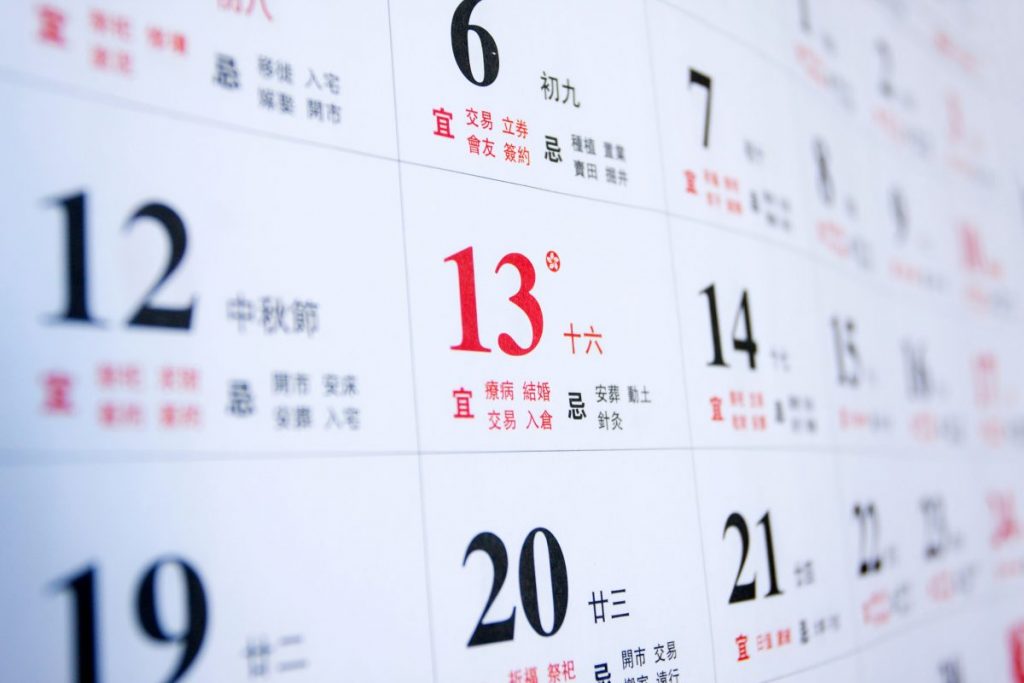 How do you calculate a leap year?

In order to work out whether or not a year is a leap year, the simplest way is to see if the year can be evenly divided by 4. So 1996? A leap year. 1745? Not a leap year. This rule works on every year except the new century years. 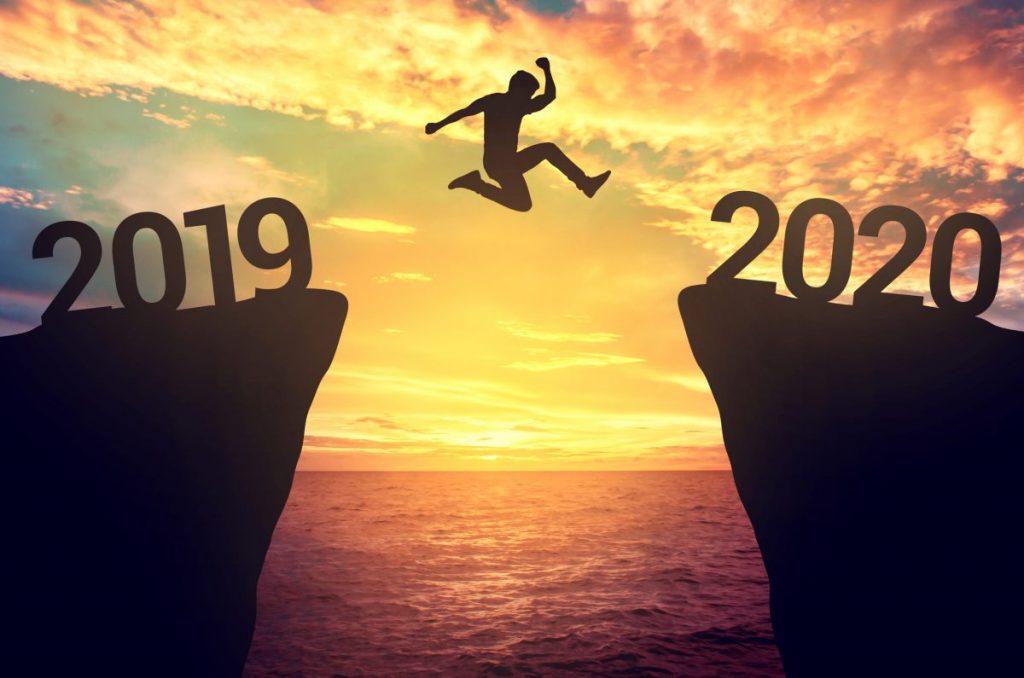 You have around a 1 in 1,461 chance of being born on February 29th. This means that there are around 4 million people in the world who are leap year babies and around 187000 people in the U.S.

The nickname for February 29th babies is ‘leapling,’ although they have also been called Leapsters, Leapers, and Leap Day babies. Since 1997, there has been the Honor Society of Leap Year Day which represents the rights of those born on February 29th. 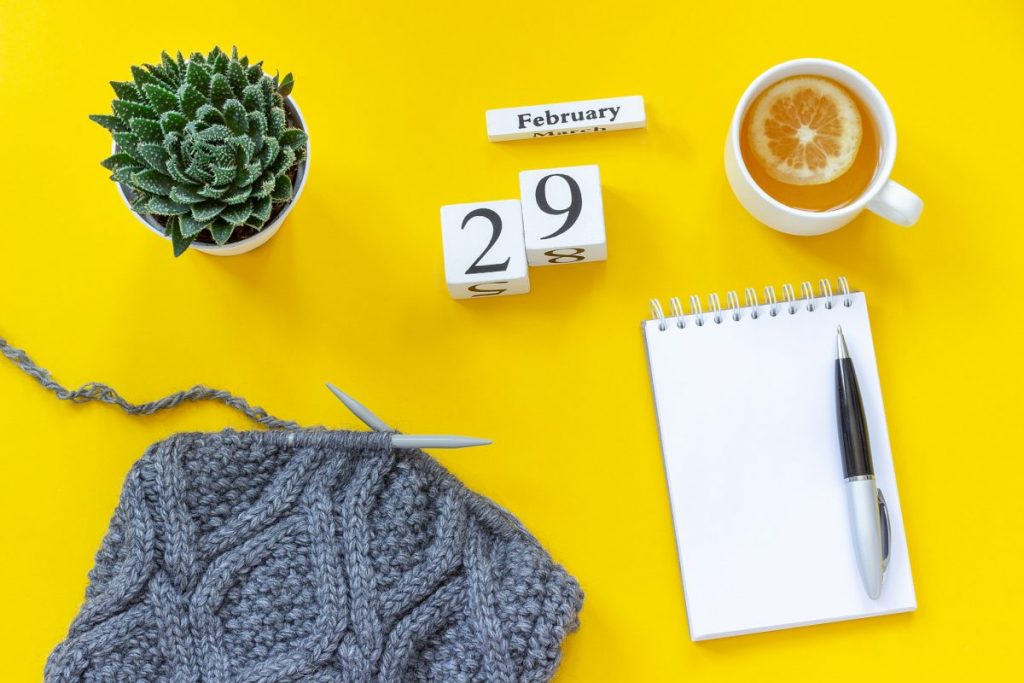 What date is a leap year baby's birthday?

Part of the issue for leaplings is that many official websites and official registration centers don’t consider February 29th to be a date. If they are to take the actual date of their birthday, then their aging falls out of sync with calendars as we know it. For example, in 2008 a woman called Florence Smith in South Florida celebrated her 26th birthday. Of course, Florence was in fact aged 104.

Predominantly, most states consider March 1st to be the official date for a leapling’s birthday. States such as Michigan officially state in their Vehicle Code that those born on 29th February "are deemed to have been born on March 1st." 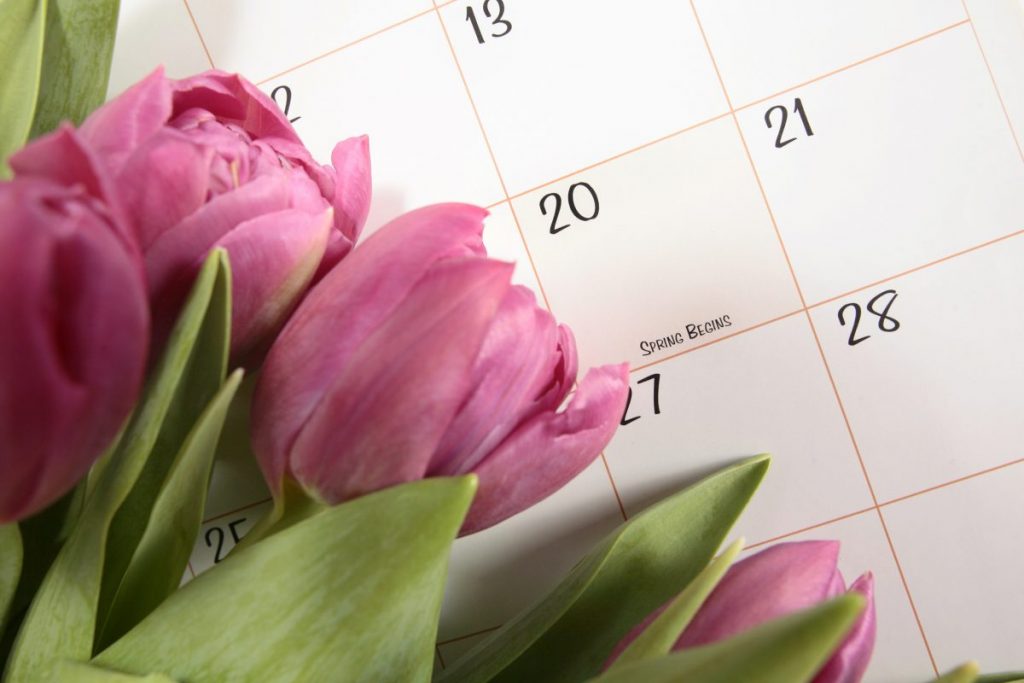 A Bit of Good Luck

The tradition of February 29th is considered to be good luck in Ireland and the United Kingdom. The Irish myth suggests that on February 29th, Saint Brigid of Kildare proposed to Saint Patrick. She did so on this date after persuading him that women could propose to their men once every four years.

This tradition was also popular in England, and in 1582 a British play popularized the idea of “Bachelor’s Day.” This play suggested that on this day, women should dress and act and behave like men, in particular by asking men to marry them. This idea would make its way to the U.S. and become Sadie Hawkins Day. 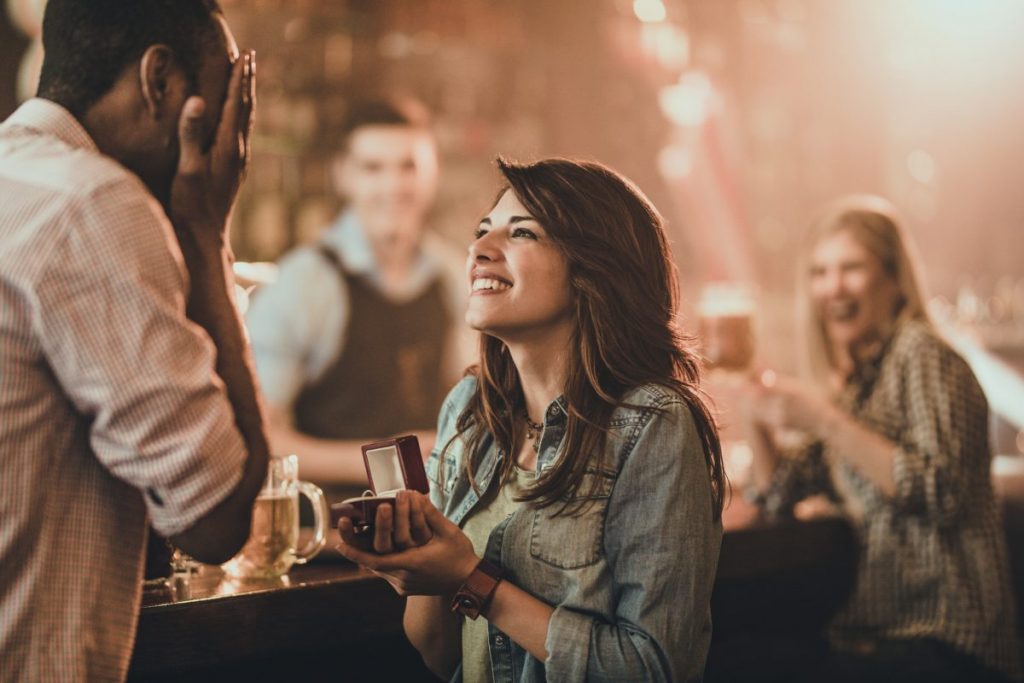 However, not everywhere believes that a Leap Year is a lucky thing. In Greece, Leap years are wholly unlucky for love, and specifically when it comes to marriage. It is such an entrenched tradition that many engaged couples will wait until the end of a leap year to get married.

Similarly, in Italy, superstitions suggest that buying a car or house during a Leap year is a bad idea and that somebody should instead wait. Around the world, there is also an idea that giving birth during a leap year is bad luck, and will give you a child who is hard to parent. 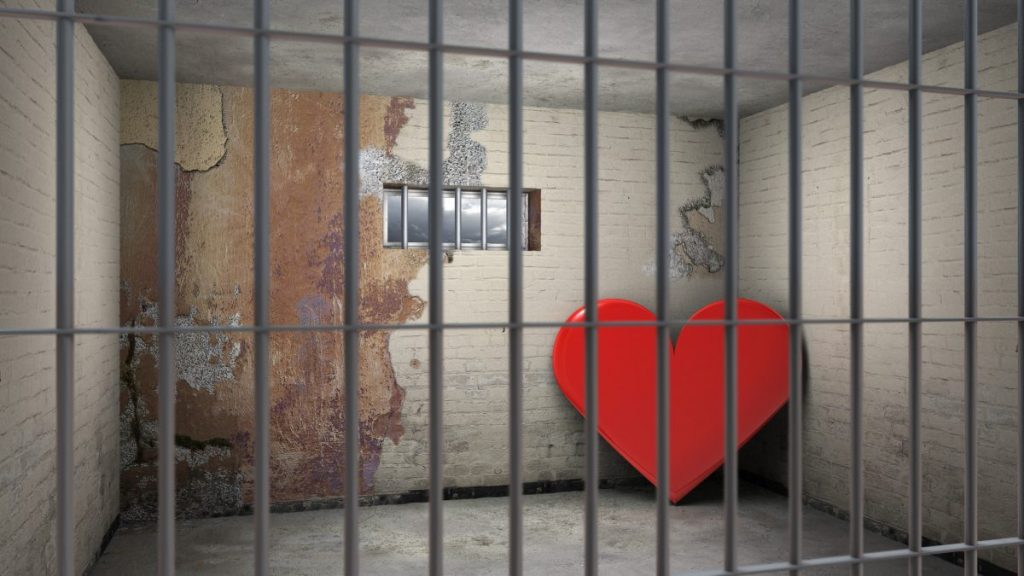