The Regal Benefits of Sandalwood Oil

Next to African Blackwood, sandalwood is the world’s most expensive wood. The trees are prized for their wood and oil, both highly esteemed in rituals and medicinal use for over 5,000 years. Their distinction as royal and sacred trees has much to do with their inimitable fragrance and remarkable health-enhancing properties.  Although the oil is relatively scarce, many feel it is a treasure trove well worth the price. Tap into the riches of sandalwood essential oil to help strengthen your body and mind.

Traditional Ayurvedic (Indian), Chinese, and Egyptian medicines have used sandalwood oil for thousands of years. The oil is an important part of religious rites, including weddings, births, and funerals in Hinduism and Buddhism. Sandalwood oil is common in personal care products, perfumes, and as a flavoring agent. In Australia, it is an active ingredient in many over-the-counter medications. The oil derives from the heartwood of Santalum album tree, which contains over 200 compounds with known health benefits. Two of these phytochemicals, alpha- and beta-santalol, are responsible for the oil’s strong fragrance and the source of many potent healing capabilities. 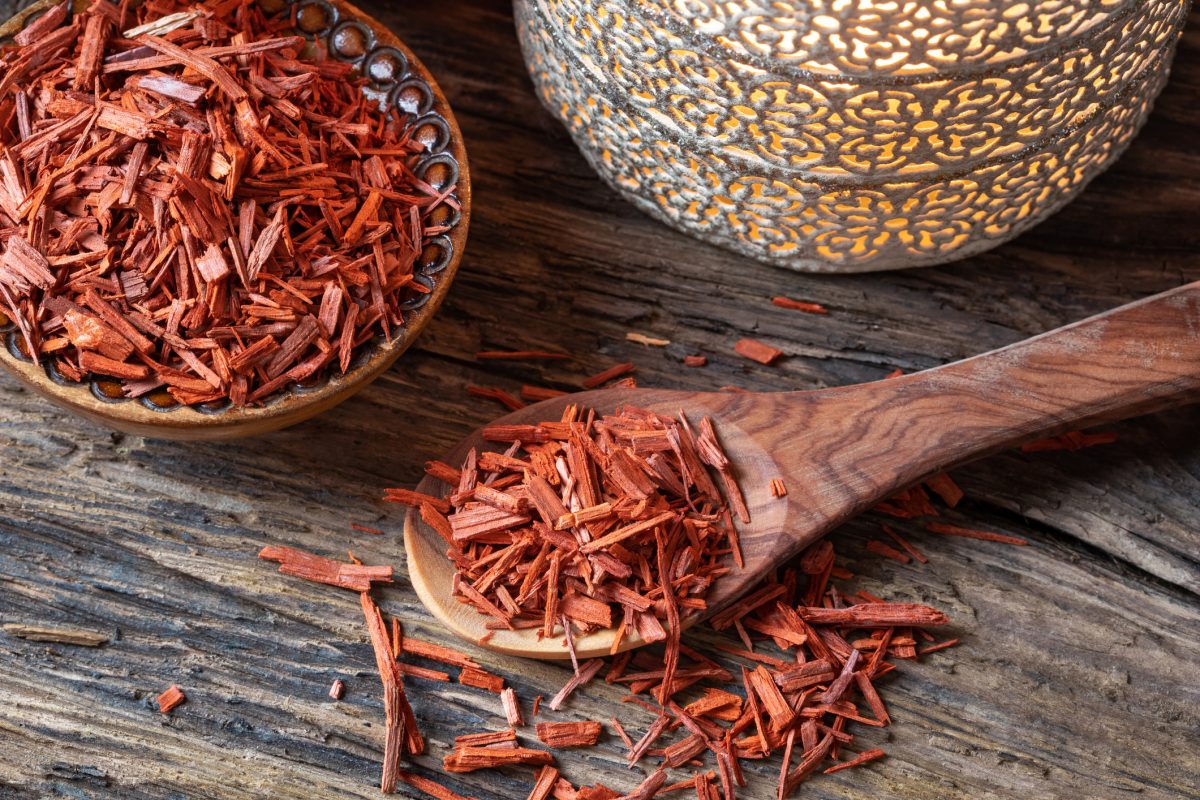 Over a dozen species of sandalwood exist, and most of them are sources of essential oil. The International Organization for Standardization has guidelines only for Santalum album from India and Santalum spicatum from Australia. The former, which produces more oil, was overharvested almost to extinction. In 1998, the International Union for the Conservation of Nature listed it as vulnerable, severely restricting harvesting and export. The sandalwood tree must grow for 40 to 80 years before the roots can be harvested for the oil. Australian and Hawaiian plantations are the current source of most sandalwood oil used in pharmaceutical applications. However, the Indian variety is considered to be of superior quality and purity. 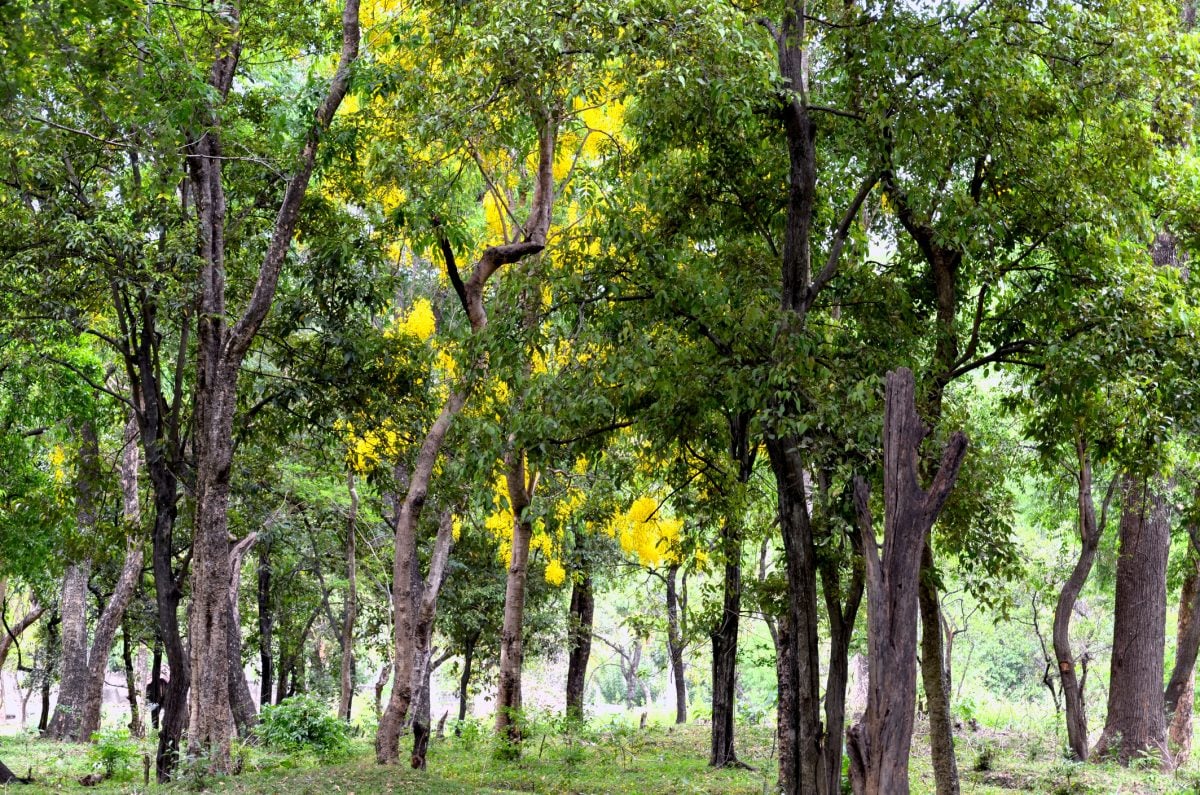 Infections cause many skin diseases that can lead to inflammation and even hyperplasia or organ enlargement. Researchers have observed that sandalwood oil has the potential to soothe irritated skin and fight microbes. A study published in The Journal of Clinical and Aesthetic Dermatology suggests that topical use of Indian sandalwood oil may safely and easily treat eczema, acne, common warts, and psoriasis. 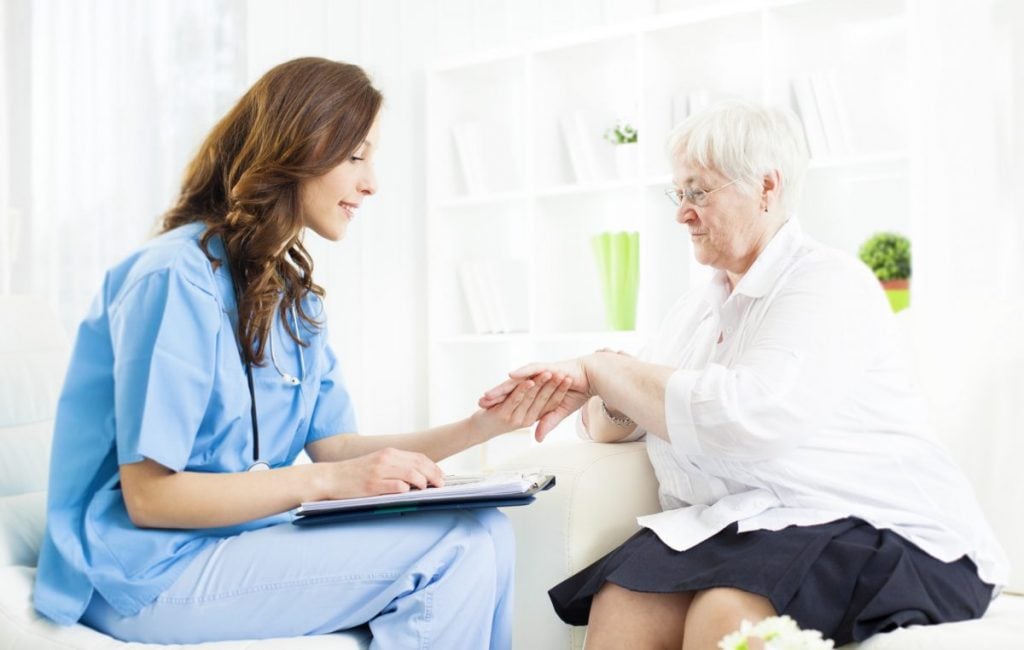 Sandalwood essential oil is popular in aromatherapy for its purported effects on mental clarity. Many people use it in spiritual exercises such as prayer and meditation, as well as for relief from mental health disorders. The journal Planta Medica published a study in which researchers noted the beneficial effects alpha-santalol, sandalwood’s main component, had on mood and attentiveness when inhaled. 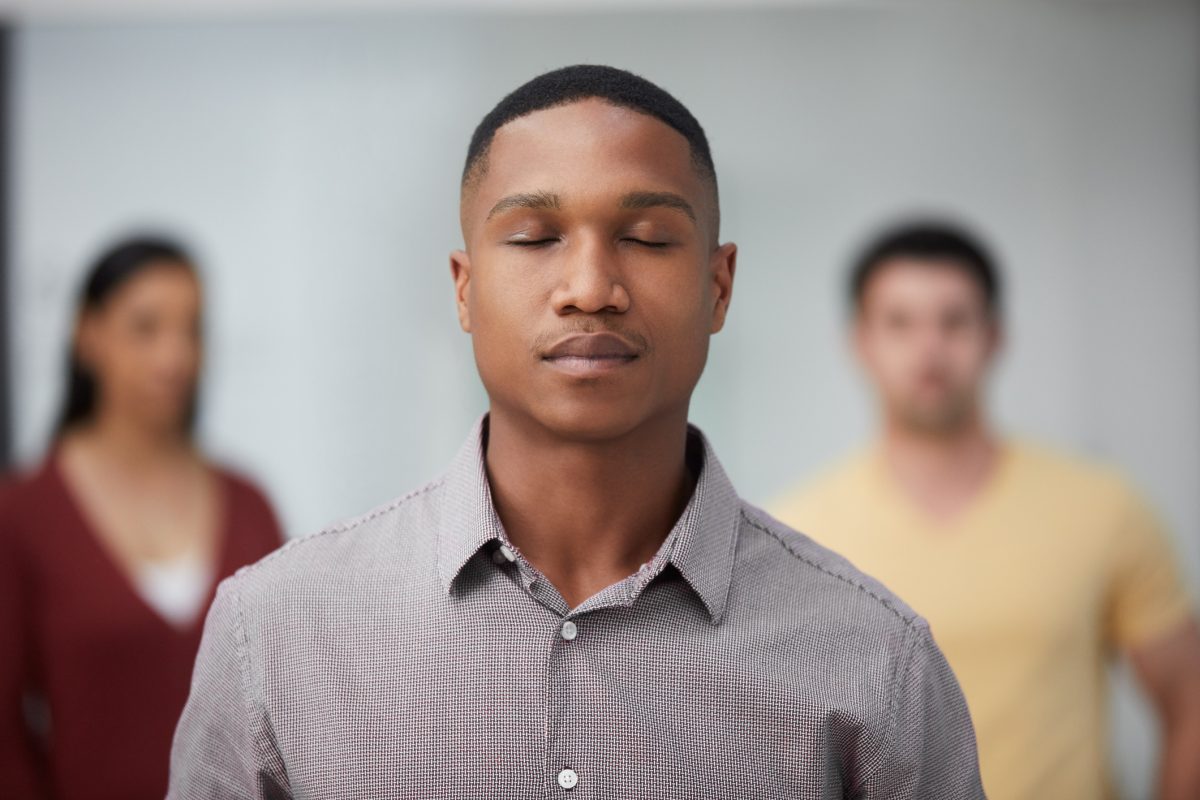 While sandalwood can help heighten clarity, it is also reputed to induce a relaxed, sedative state of mind. It is one of the first essential oils that people turn to for alleviating stress, anxiety, and depression. A study in The Journal of Complementary Therapies in Clinical Practice reported that palliative care patients receiving aromatherapy with sandalwood felt dramatically less anxious than those who did not receive the treatment. 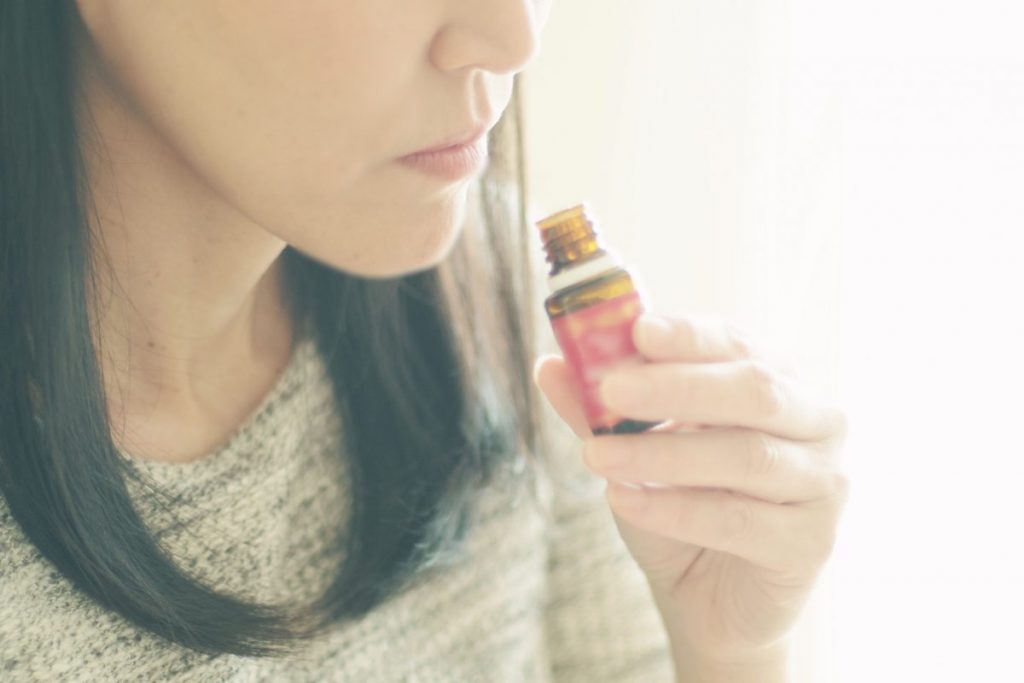 Age-related conditions such as Parkinson’s and Alzheimer’s disease can occur due to oxidative stress, protein dysfunction, and cell death in the nervous system. Researchers found that sandalwood’s compounds, including santalol and bergamotol, can suppress oxidative stress, regulate protein transfer among nerve cells, and protect these cells from apoptosis. A study by the Royal Society of Chemistry observed the high oral bioavailability of the phytochemicals, which highlights the oil’s pharmaceutical potential in treating neurodegenerative illnesses. 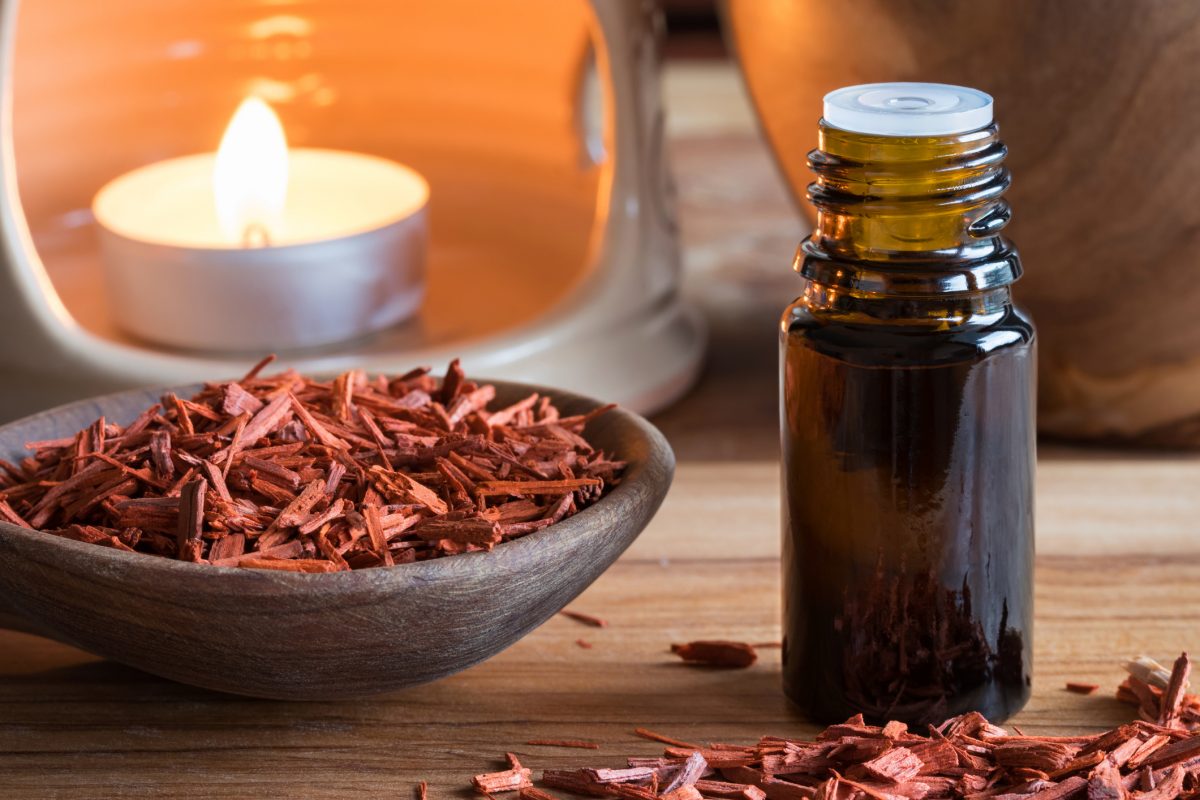 Alpha-santalol also shows great promise for fighting some cancers while preserving non-cancerous cells. The compound exerts its chemoprotective properties through the processes of cell-cycle arrest and apoptosis. A study in the Indian Dermatology Online Journal states that sandalwood oil could play an important role in combating cancers of the skin, prostate, breast, and mouth.

Smell receptors exist throughout the body, including on the scalp. German researchers discovered that hair follicles respond to aromas such as sandalwood, triggering the proliferation of keratin. Applying sandalwood, with a carrier oil, to the scalp and hair can also help prevent dandruff and strengthen strands against breakage, while imparting a pleasant fragrance. 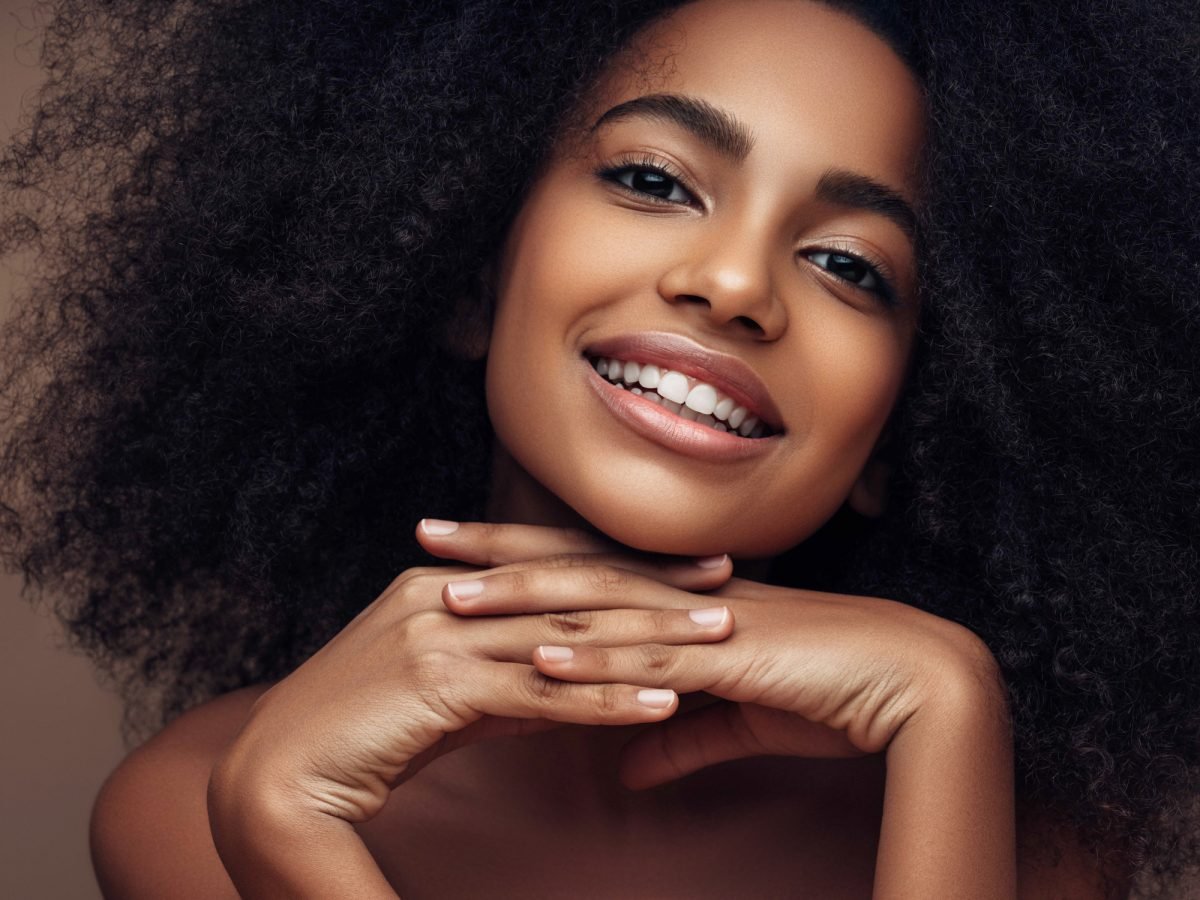 Sandalwood carries many distinctive benefits that you can obtain through a variety of methods. Aromatherapy by diffusion or inhalation is the most popular vehicle for enjoying these perks. Ayurveda and Traditional Chinese Medicine teach that topical use can bestow therapeutic effects for digestive issues, urinary tract infections, coughs, and many other conditions. 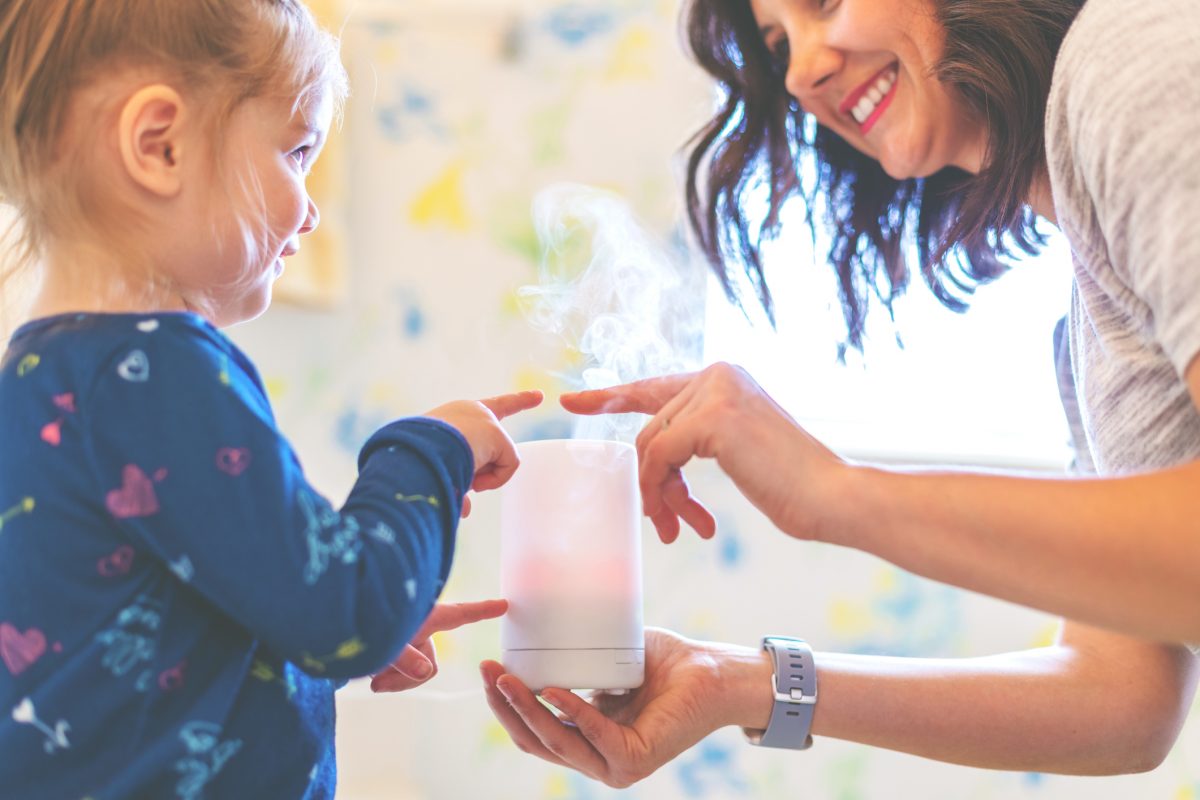 People around the world have used sandalwood since antiquity and reported no significant adverse effects. However, it is always advisable to combine the oil with a carrier such as grapeseed, jojoba, or almond oil before using all over the body. Also, perform a small test patch on the skin, first. Verify the source of your sandalwood oil to ensure purity and potency. Pregnant and nursing women, infants, and people with kidney issues should not consume sandalwood. People with any sensitivities should consult their healthcare provider before using the oil in any way. 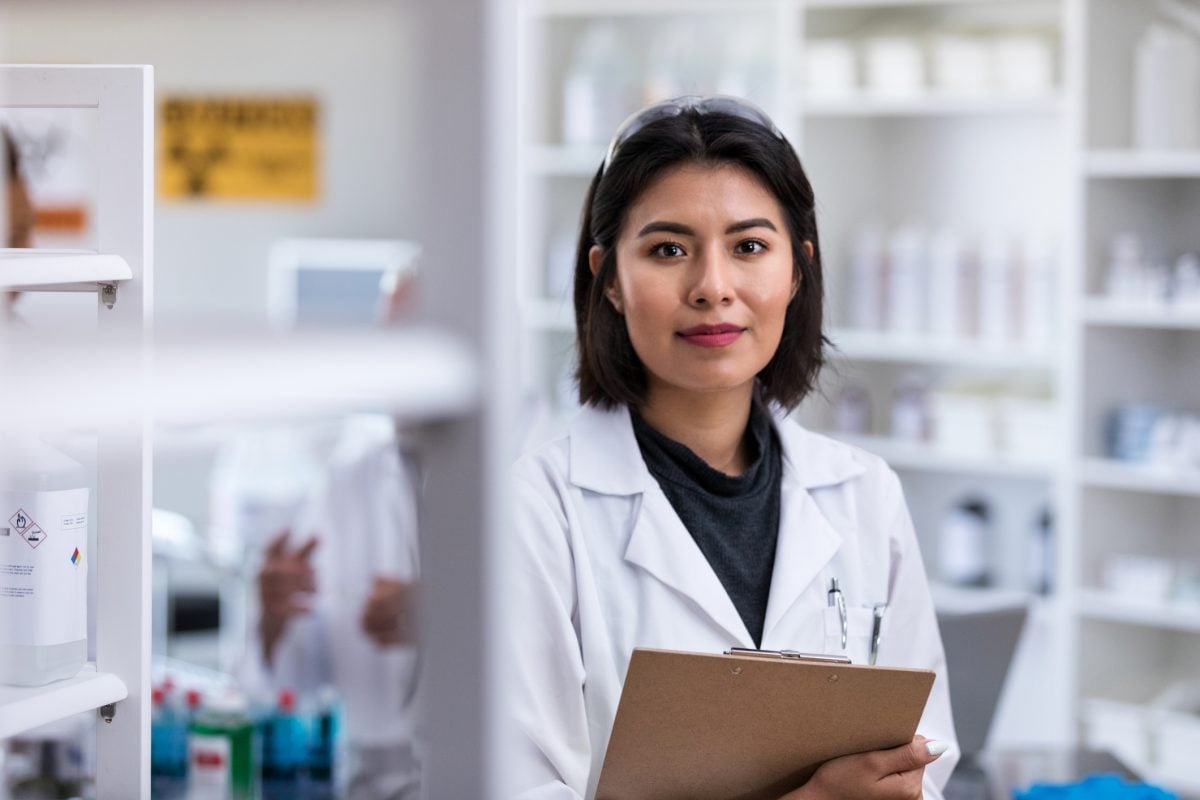