Although we may not live by bread alone, the way we eat would certainly be much different without the myriad versions of this age-old dietary staple. Industrialization and convenience have pulled many of us away from the artisanal process of baking and consuming sprouted grain bread as our early ancestors did, but our hunger is growing for a return to such nutritive whole foods. Sprouted grain bread is becoming more popular for its primal appeal, distinctive texture and taste experience, and health benefits.

What is Sprouted Bread?

Sprouted grains are kernels that have been soaked in water and left to germinate or sprout. The bran, germ, and endosperm remain intact during this process to deactivate growth-inhibiting enzymes. Soon after germination, the seeds are drained and milled into flour manufacturers use to make sprouted bread and other products. Sprouted bread contains all the original fiber and phytonutrients of the kernels. It may contain the flour of one seed or a combination of several grains. This bread tends to be darker and denser than unsprouted bread, and it offers an earthy, nutty flavor compared to the bland taste of most processed "white" bread. 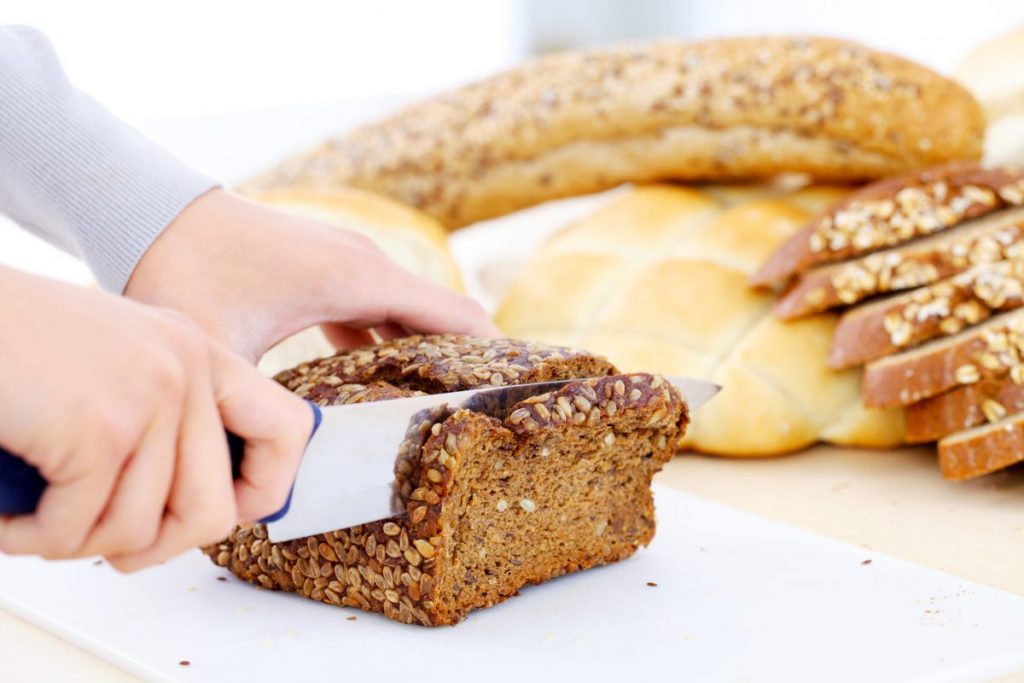 We have archeological evidence of the existence of bread dating as far back as 8,000 BCE. Our Stone Age ancestors stored grains, and the kernels would sometimes begin to germinate and produce sprouts. The foragers could not afford to dispose of these sprouted seeds, so they ground them into flour for baking along with the ungerminated grains. They baked flatbreads out of ancient cereals such as barley, spelt, sorghum, maize, einkorn, farro, millet, rice, and amaranth. 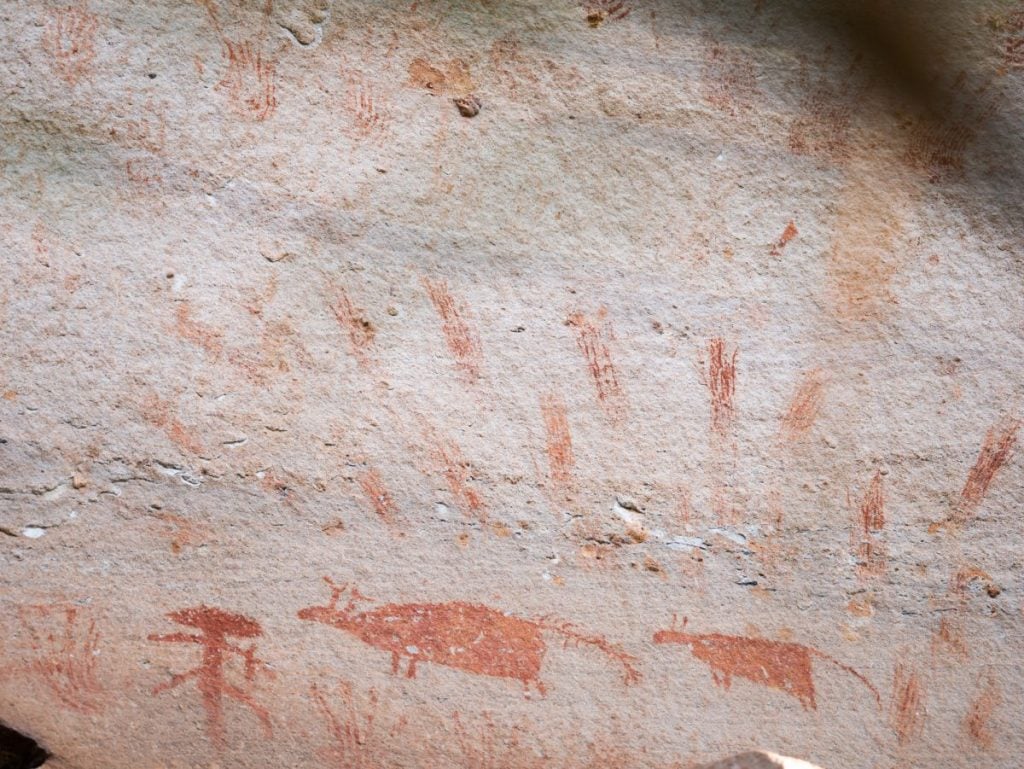 Research shows soaking grains releases nutrients within the kernels, increasing their health potential -- the sprouting process kills off phytic acid that binds most of the grain's nutrients.  Vitamins B and C and amino acids are higher in sprouted grains than in their ungerminated counterparts. According to a 2007 study published by the Journal of Agricultural and Food Chemistry, sprouted wheat carries more fiber. A 2013 study discovered sprouted rice contains more antioxidants. A 2010 Food Chemistry study on sprouted millet indicates iron, calcium, and manganese are significantly more bioaccessible, meaning the body can absorb the nutrients from sprouted grains more easily. 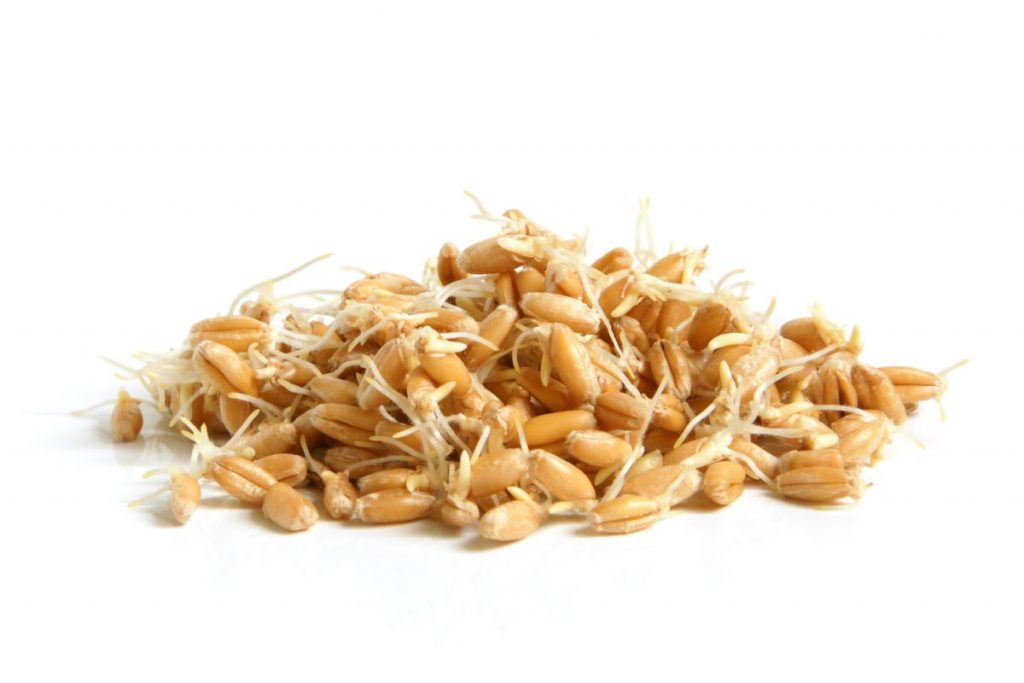 Gluten is a viscous protein in wheat and some other grains that can cause digestive issues such as leaky gut syndrome and intestinal inflammation in some people. As a seed germinates, the seedling consumes some of the gluten. Soaking and sprouting grains helps partially digest the gluten so it becomes easier to digest within the body. 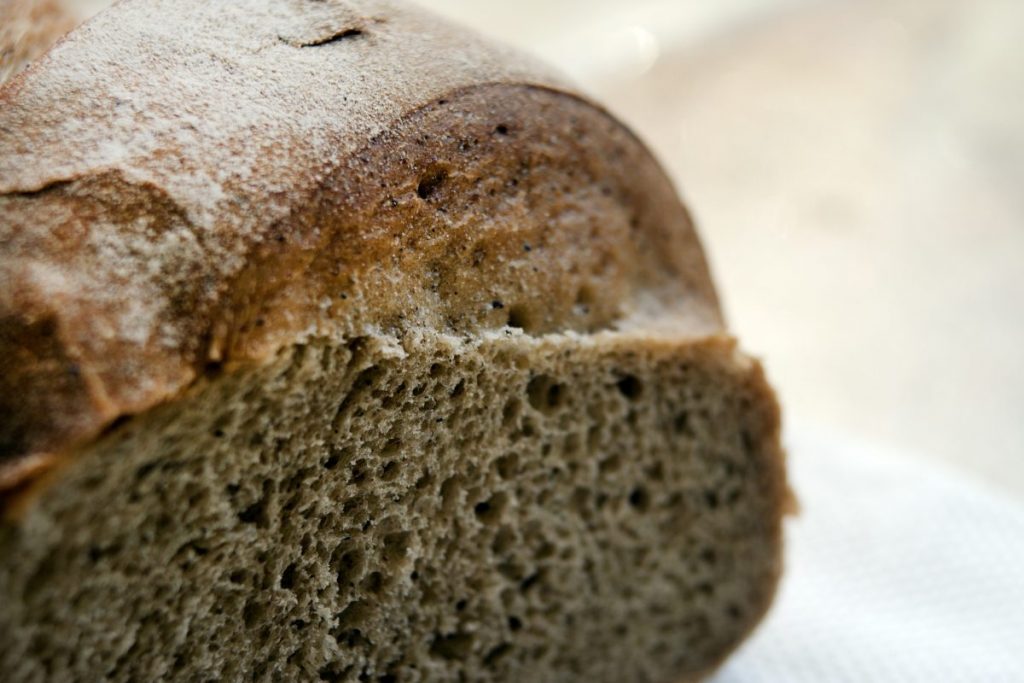 Sprouting grains appears to increase levels of crude fiber, which provides the structure of cell walls of plants. This crude fiber helps eliminate waste and toxins from the digestive tract and regulate bowel movements. Studies link the consumption of high-fiber grains with a lower risk of developing type 2 diabetes. 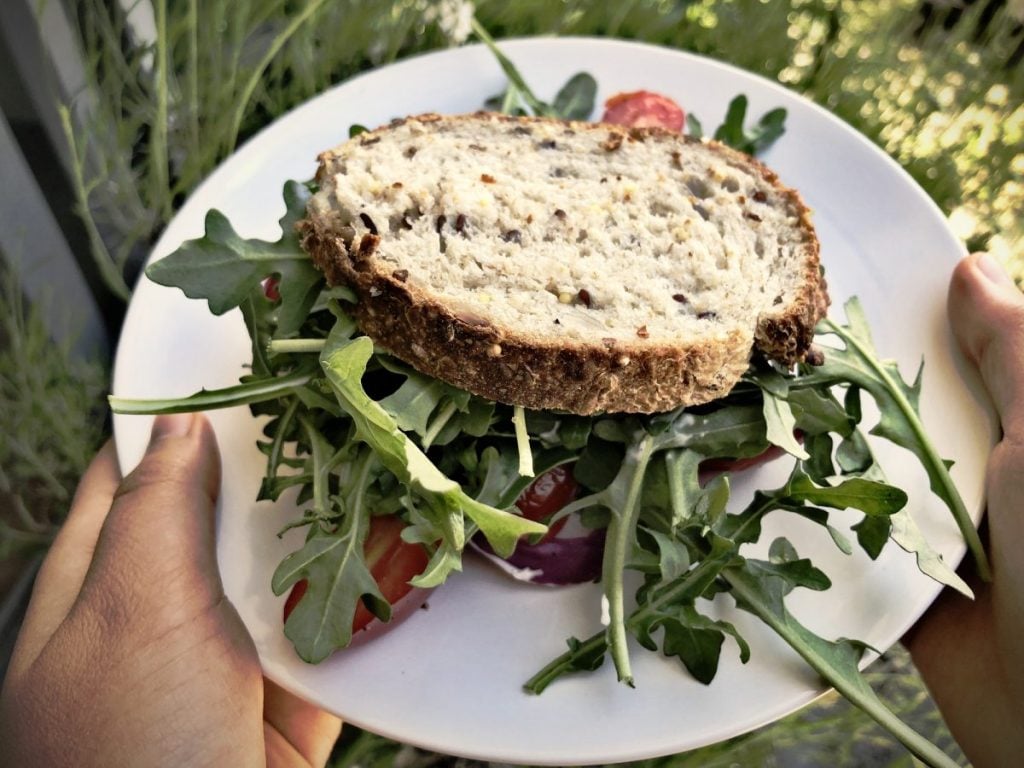 Many commercial bread products are white bread, the result of extensive refining processes that strip wheat and other grains of most of their naturally occurring fiber and nutrients. While the light, fluffy appearance and texture became standards of aesthetic appeal in the recent past, white bread falls woefully short of nutritive value. It is a source of refined carbohydrates, fillers, and artificial preservatives. "Enriched wheat flour" is merely another name for refined flour. 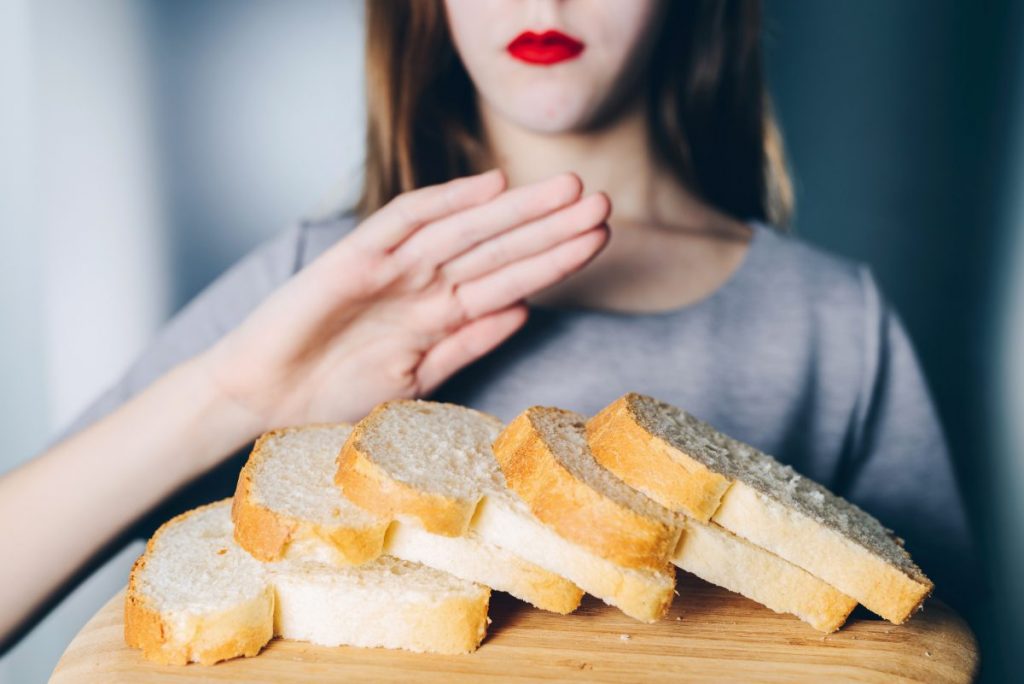 Sprouted grains are always whole grains, although not all whole grains are sprouted. Finding genuine whole wheat or multigrain bread can be quite tricky. Commercial bread manufacturers often label their products with these buzzwords to entice consumers seeking healthy options. Unfortunately, many items contain significant amounts of refined flours and additives. Unsprouted grains contain phytic acid, which is a mineral blocker. This enzyme binds most of the vitamins and minerals in whole grains, so your body cannot absorb them. Consequently, nutrients in unsprouted whole wheat and multigrain bread pass through your digestive system and do not benefit you. 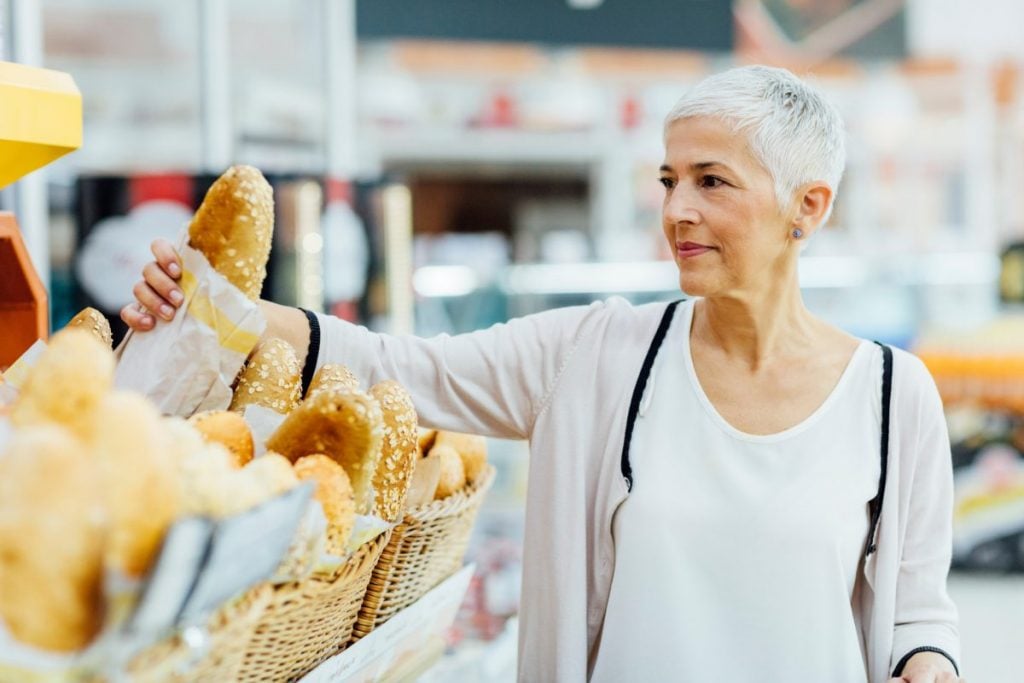 Sprouted Bread: What to Look For

Sprouted bread used to be confined to farmer's markets and health food stores, but these days they fill the shelves in most major grocery outlets. Look for bread that lists all or most of their grains as sprouted to obtain the benefits you expect. Keep in mind this bread is denser than white bread and many whole wheat products. You will find most 100% sprouted bread in the refrigerated section; some non-refrigerated products may include preservatives to extend shelf life. Can't find what you're looking for? Making your own sprouted bread can be quite simple; the main ingredient is patience. Soak and sprout your own kernels or purchase sprouted grain flour. 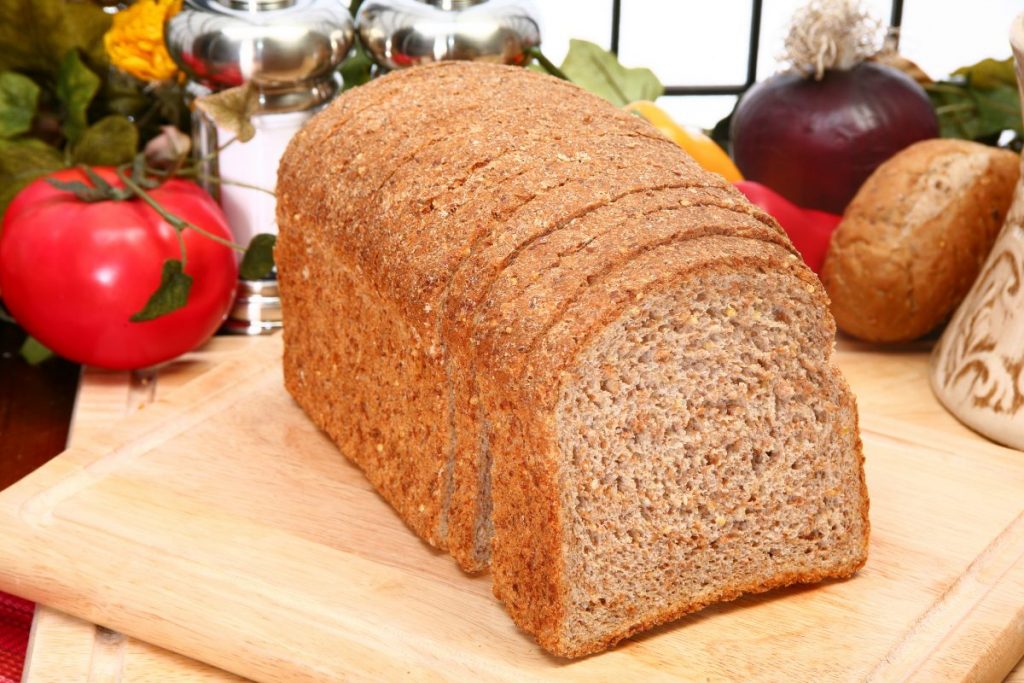 To get the most nutrients available, consume a variety of sprouted grains. Each type of grain has a different ratio of nutrients to offer. Individuals with autoimmune disorders or inflammation issues should avoid grains until their bodies heal, then add sprouted bread sparingly -- one serving a day at the most. Although sprouted bread has become a staple for many people with mild gluten sensitivities, it is not gluten-free unless the grains used are gluten-free (such as spelt or teft). Individuals with full-blown celiac disease will likely want to avoid sprouted bread. People with diabetes should seek medical advice, as this food is a significant source of carbohydrates. 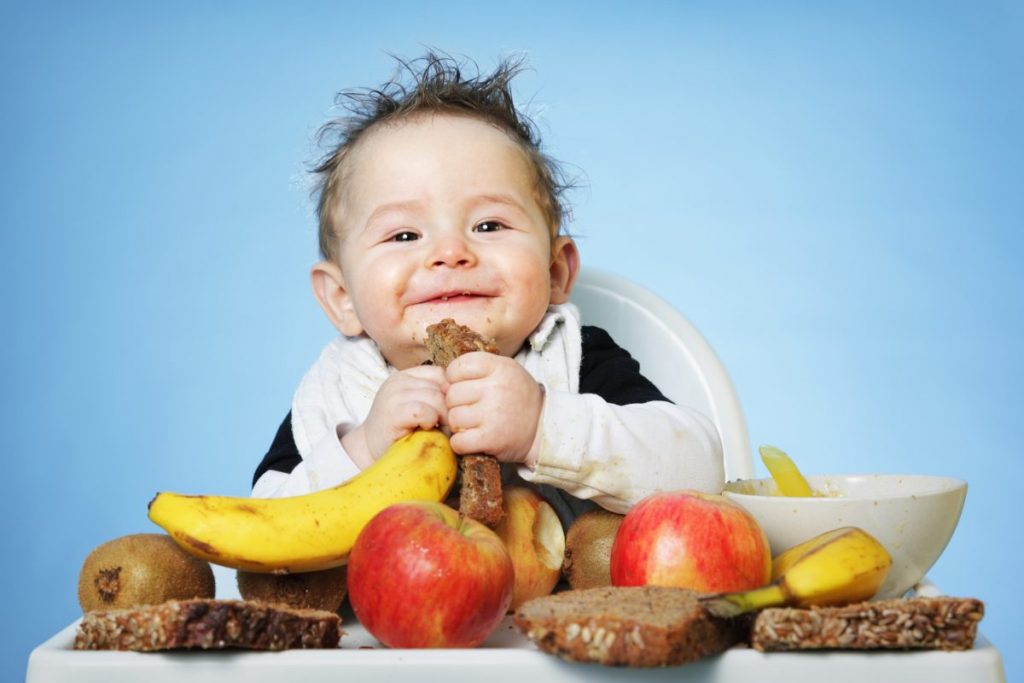 The Whole Grains Council cautions that no standard definition of sprouted grains is in place, so manufacturers and even researchers could be working with a vast range of definitions. This has opened the door for marketers to exploit the concept and sell inferior products under the guise of purity. Always read labels to ensure you get the product for which you paid a premium price. 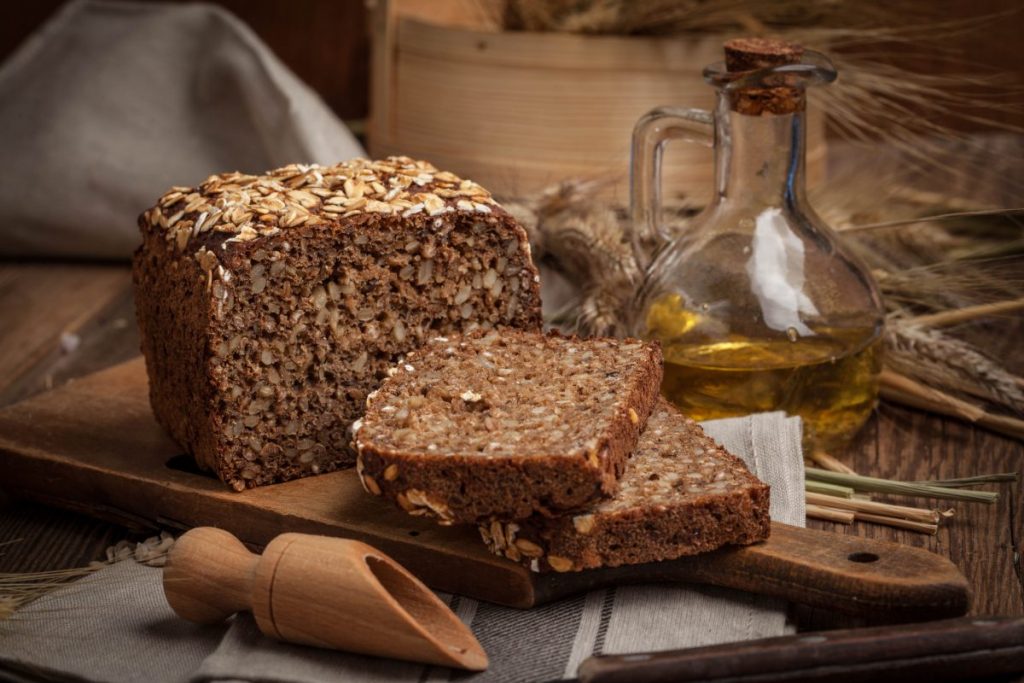