The oddly shaped star fruit hails from southern Asia, and its notoriety is rapidly spreading across the globe. This crunchy, sweet-and-tart fruit is a delight on its own, or it can add exquisite taste to salads, beverages, main dishes, and desserts. The star fruit is truly a unique work of nature’s artistry, and its beauty pairs well with its rich nutritional value. The food is full of compounds that demonstrate an immense potential to help fight illnesses and curb the effects of aging. Celebrated as a curative food since antiquity, the star fruit is worthy of the highest accolades.

Star fruit (Averrhoa carambola) is a tropical fruit in the oxalidaceae family. It likely originated in southern or southeastern Asia and has grown in these regions for centuries. Traditional medicine practices such as Ayurveda prescribe the fruit as treatments for scurvy, fever, eye afflictions, scabies, hemorrhoids, and poisoning. Star fruit trees tend to be quite prolific and grow in warm climates around the world. Also called carambola, the fruit derives its name from the shape of the five-pointed star slices that result when it is cut crosswise. Its flesh varies from pale green to golden yellow and has a firm texture reminiscent of grapes. When ripe, the star fruit has a luscious, exotic fragrance and sweet taste with a tart undertone. Smaller varieties tend to be sourer than their larger counterparts. The waxy outer skin and seeds are edible. 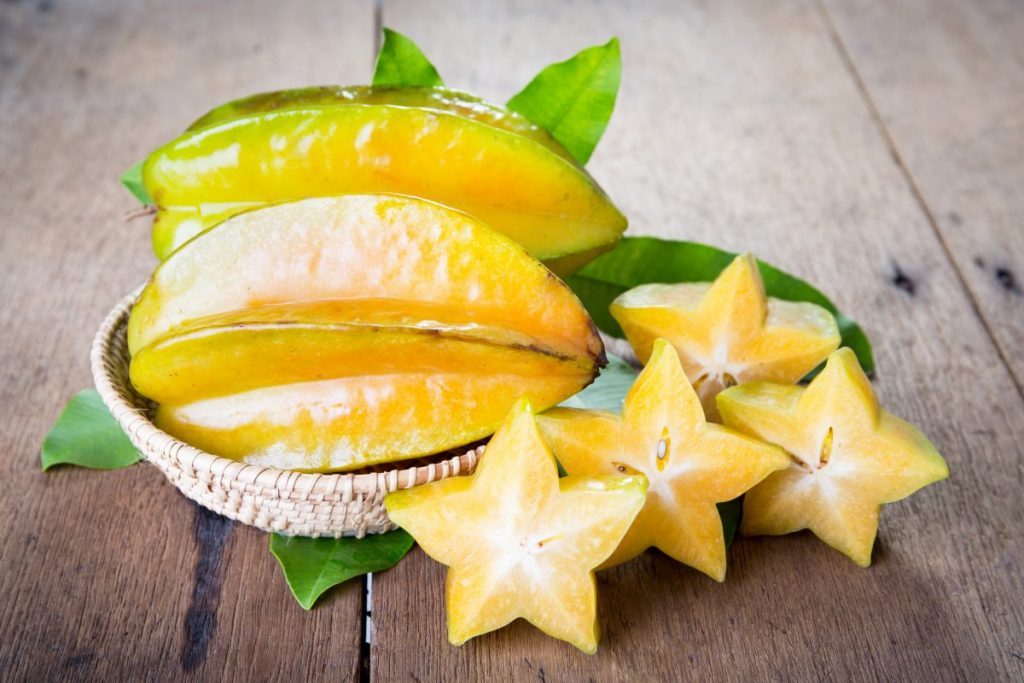 Star fruit stands out with its high fiber and vitamin C content and low caloric load. It provides several trace minerals in small amounts, too. A medium-sized fruit has approximately: 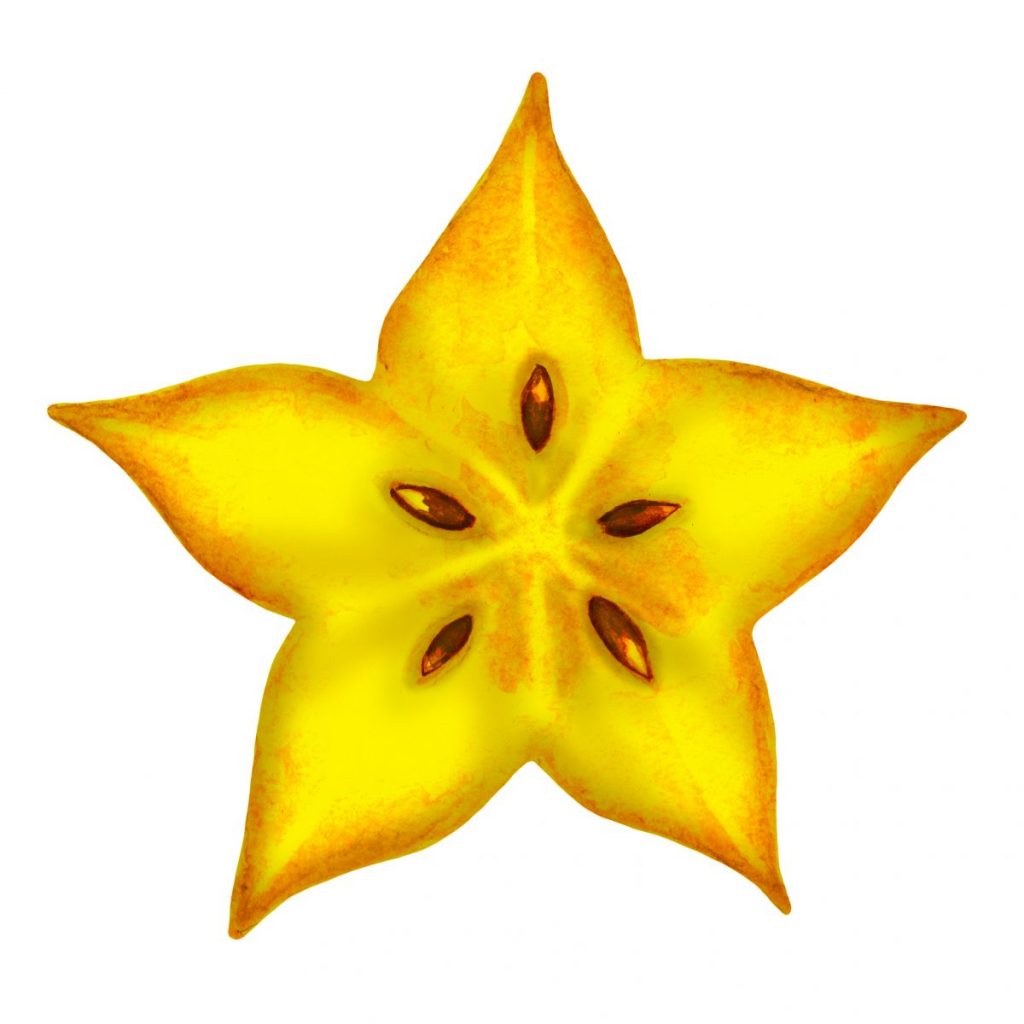 Research from the Journal of King Saud University shows that star fruit contains potent antioxidants such as flavonoids, phenolic acids, saponins, and terpenoids. These compounds largely determine the taste and color of fruits and vegetables. They also help the body produce enzymes that combat disease, lowering the risk of cardiovascular disease, some cancers, and age-related degenerative diseases. 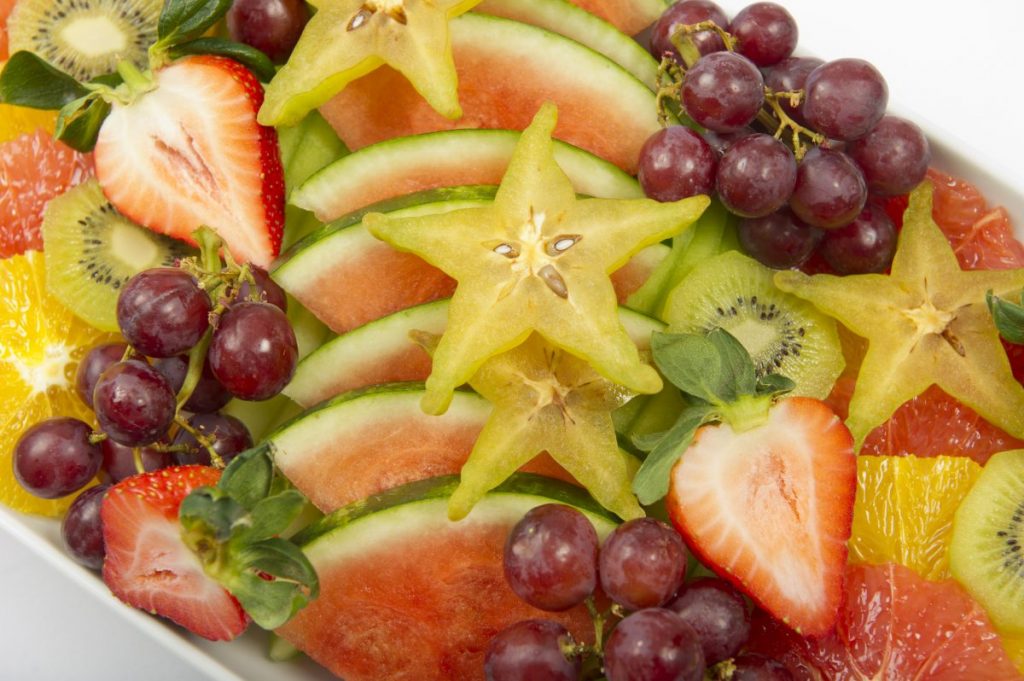 An average-sized star fruit can provide just over one half of your daily requirement for vitamin C. This nutrient functions as an antioxidant and immune booster. The National Institutes of Health suggests vitamin C may help treat and even prevent many ailments, including the common cold and more serious diseases. 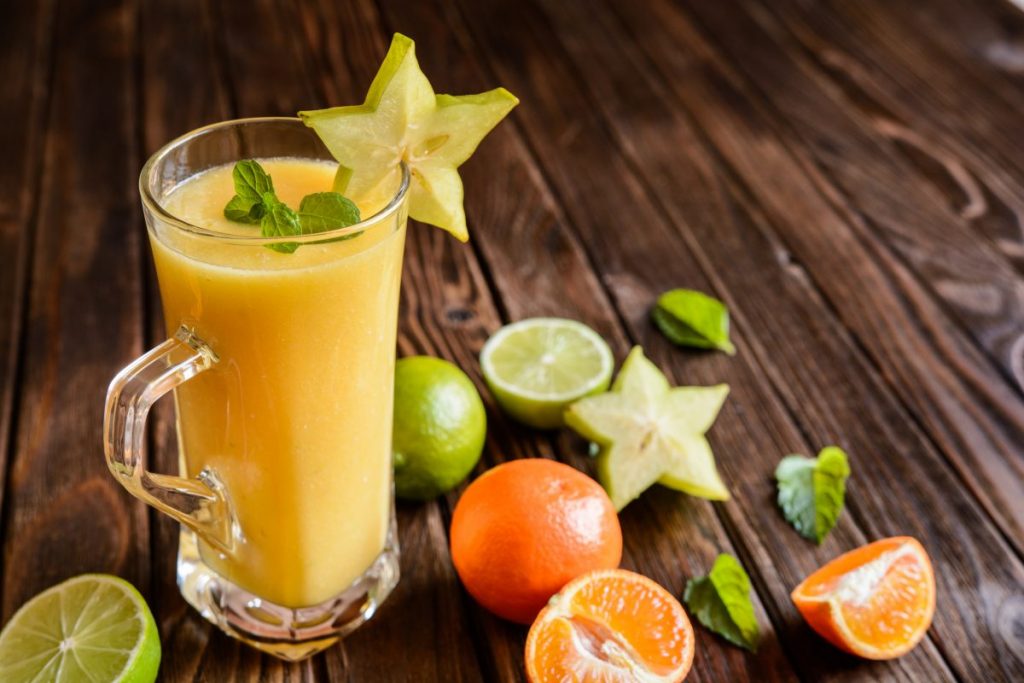 Medical experts believe the aging process could largely be a result of extended oxidative stress. The antioxidants and vitamins present in star fruit may contribute to treating various illnesses that primarily affect older people. A preliminary study published in Clinical Interventions in Aging observed that elderly participants experienced improved antioxidant and lipoprotein status after consuming star fruit juice twice a day for one month. 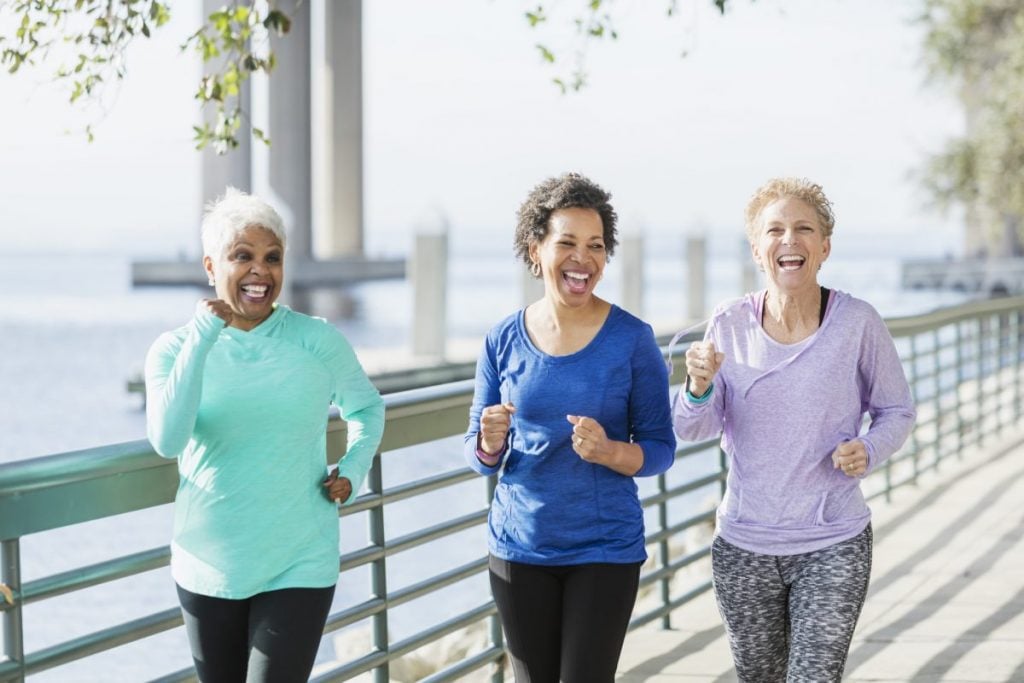 Star fruit carries a generous load of fiber, which can promote digestive health. One fruit gives you up to one-tenth of your daily requirement. Fiber encourages regularity and enhances the health of microbiomes in the digestive tract. Extensive studies confirm that fiber is effective in preventing and treating gastrointestinal disorders such as acid reflux, diverticulitis, intestinal ulcers, and hemorrhoids. 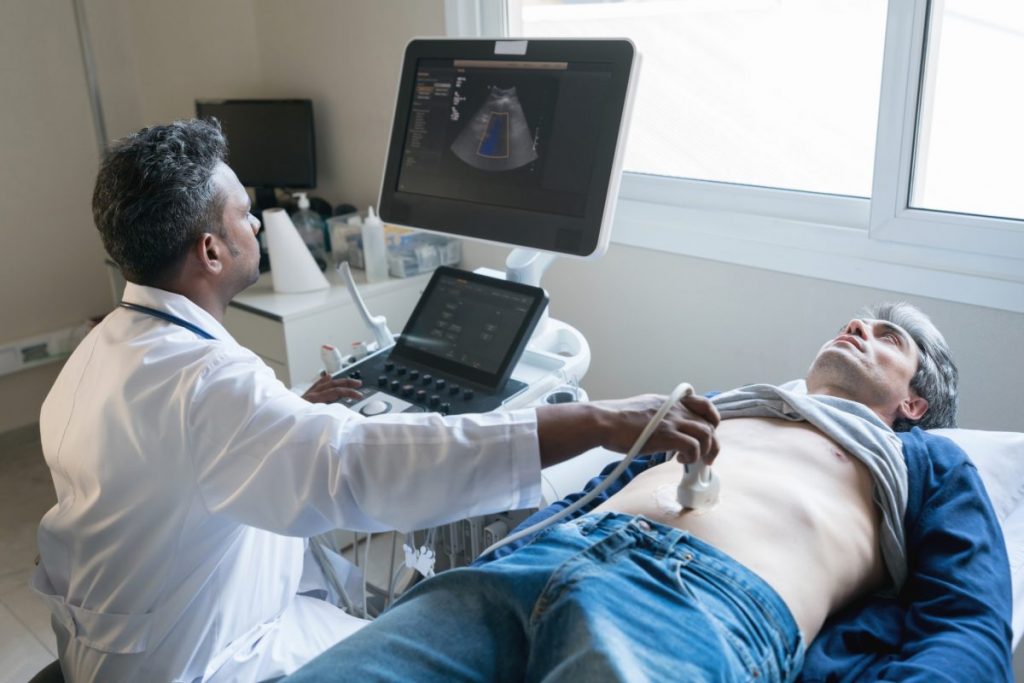 Low in Carbohydrates and Calories

Low-carbohydrate diets are gaining popularity as people seek ways to manage their weight, blood glucose levels, and overall health. Many fruits have high carb counts, but one serving of star fruit carries only five net carbs. This same serving contains only 28 calories, offering similar nutritional benefits to other fruits like pineapple and mango, with a much lower caloric load. 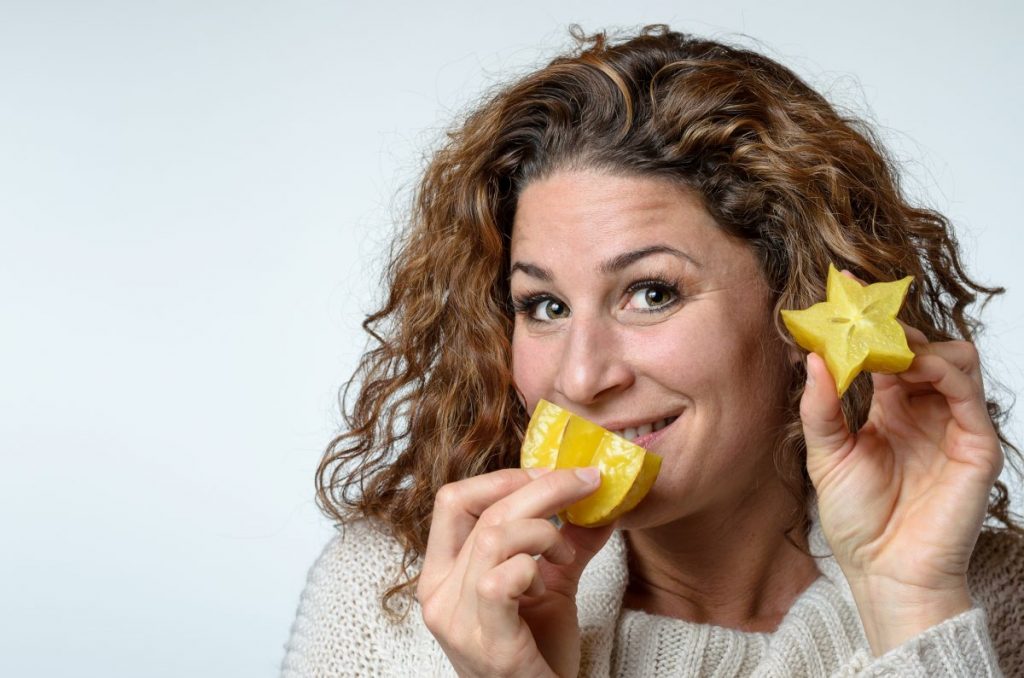 Many grocery stores and farmers’ markets carry star fruit throughout the year. Look for fruit that is firm and bright yellow. While some brown spots are fine, avoid mushy or mostly brown fruit. If you purchase green, unripe, fruit, you will need to store it at room temperature until it ripens. Store uncut ripe star fruit in the refrigerator for up to one week. 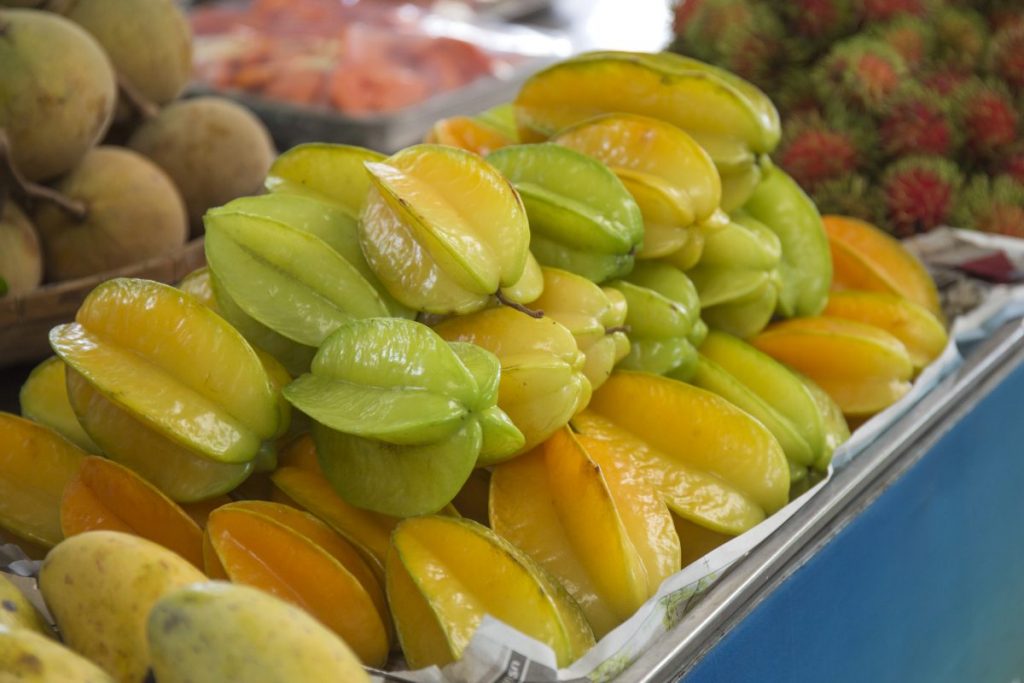 Star fruit is a portable and immensely versatile food that lends itself to countless methods of consumption. Eat it raw, whole, or sliced. Dehydrate slices for a convenient snack. Add it to savory and sweet dishes or beverages such as curries, smoothies, salads, and desserts. Star fruit makes a delightful jam and is delicious pickled as well. 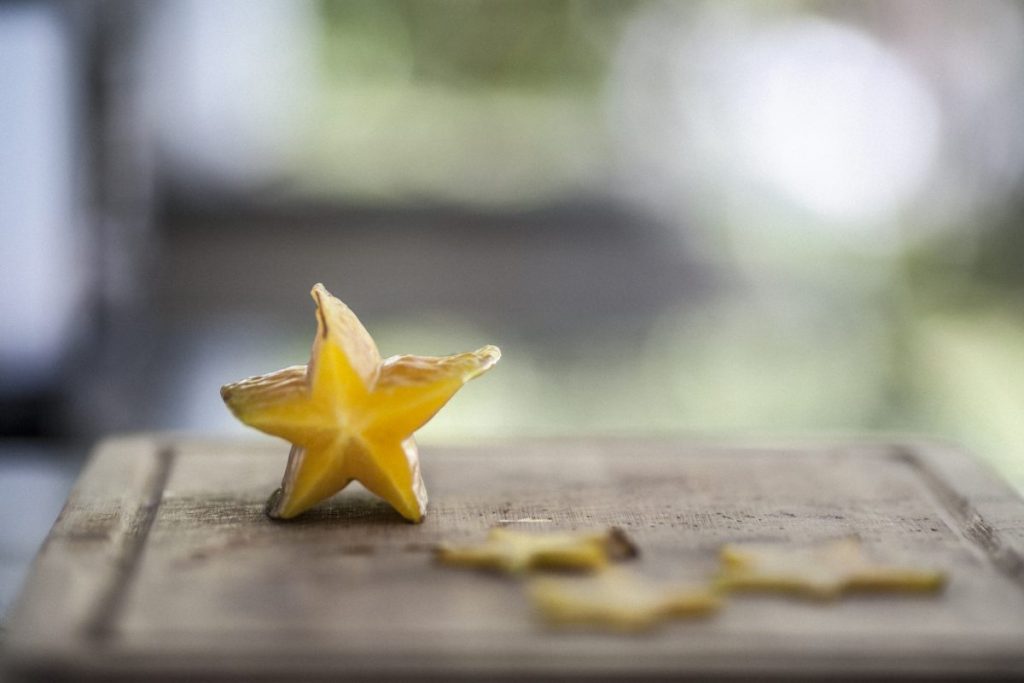 The National Kidney Foundation warns that star fruit may be toxic for people with kidney disease. These people are unable to process the neurotoxin caramboxin and the oxalates present in the fruit. Star fruit toxicity may induce seizures, mental confusion, and even death. Compounds in star fruit may interact with certain medications. Consult your health care provider before consuming this food if you are taking any drugs. Due to its high oxalate content, star fruit is unsafe for pets, even in small amounts. 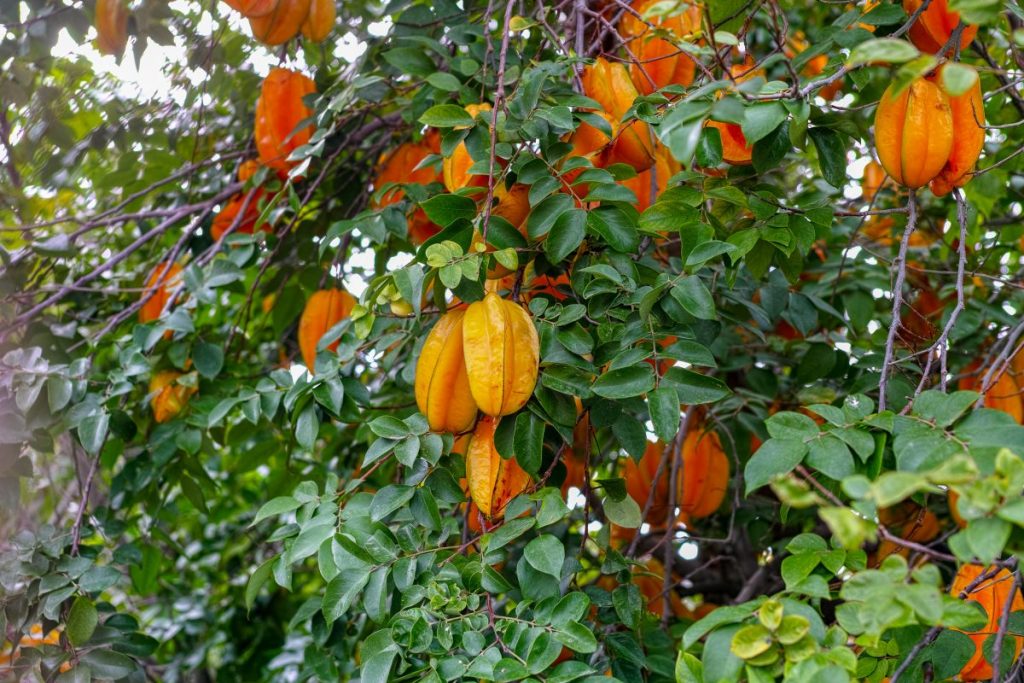