Fresh from the Sea: Sea Vegetables You Can Eat

If you want to include more vegetables in your diet, look to the sea. It is the bedding ground of hundreds of varieties of edible sea plants consumed since ancient times. Sea vegetables, often ubiquitously referred to as “seaweed,” have long been a staple of diets in coastal regions, including Asian, European, and South American countries. Sea vegetables are low in calories yet contain more nutrients than any other group of plants. Grocery and online stores make it easy to discover these exciting foods, which are often sold dried. Take a plunge into the world of sea plants you can eat.

Kelp refers to more than 30 species of large brown algae that grow in cool underwater forests. The word “kelp” has been used interchangeably with “seaweed” since the 19th century. This sea plant is available dried and makes a great salt substitute or salad topping. It can also replace high-carb noodles in soups and pasta dishes. 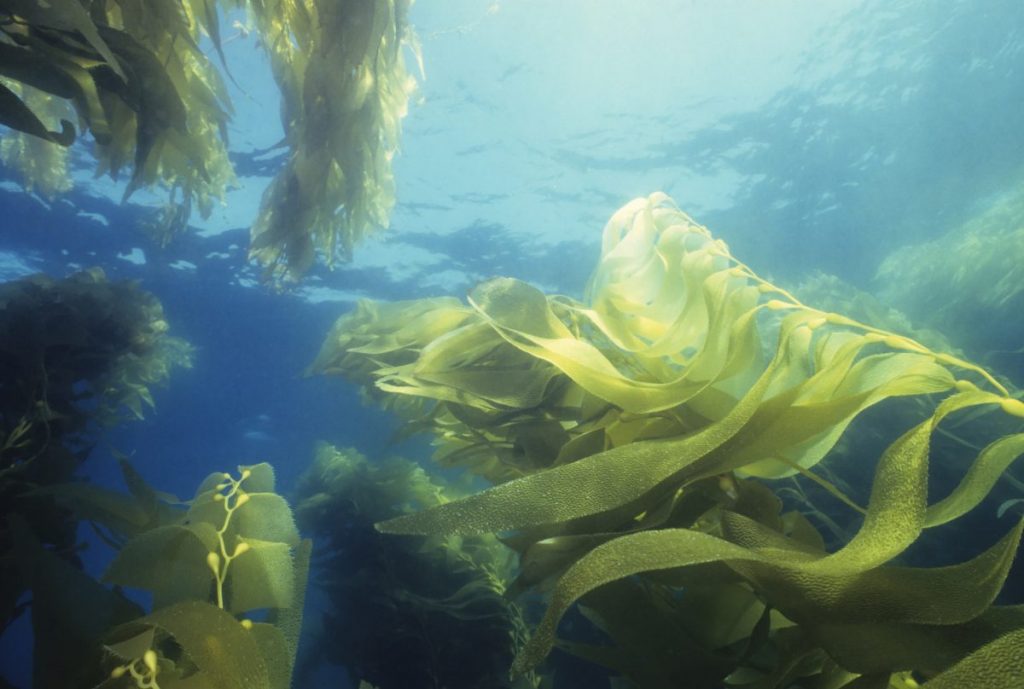 Arame is a brown sea plant with a mild, slightly sweet taste. Some food experts recommend trying this vegetable first. It usually comes in a dry, shredded form like wire. Once rehydrated, it doubles in size and is ready to toss into a salad. Go lightly — just 1.5 teaspoons can fulfill the daily dietary requirement for iodine. 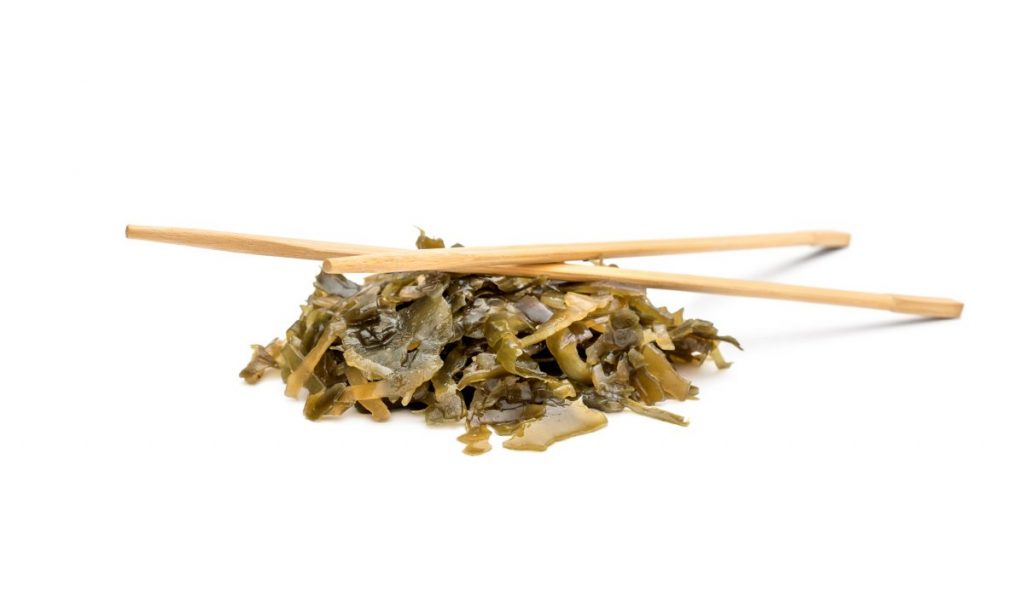 Wakame is a deep green or brown sea plant prominent in Asian cuisine. It is often a main ingredient in miso soup, sushi, seaweed salad, and stirfry. This mildly flavored vegetable grows off the coasts of China, Korea, and Japan. It is widely available fresh or dried and can be eaten raw or cooked. 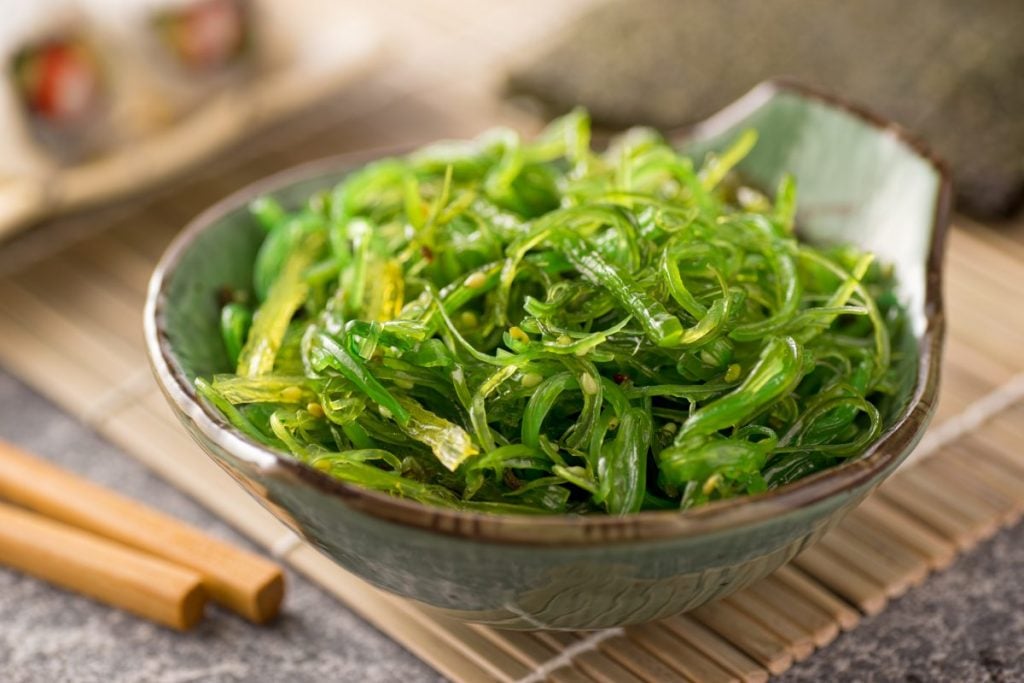 Dulse is a type of algae with broad, thick, purple-red leaves that grows along the northern coasts of oceans. Its chewy texture and salty, slightly sweet flavor make it a popular snack food. Dulse does not require soaking or cooking, and its flakes can add an interesting savor to salads and soups. Some varieties of these protein-rich sea plants offer up a hint of bacon when fried. 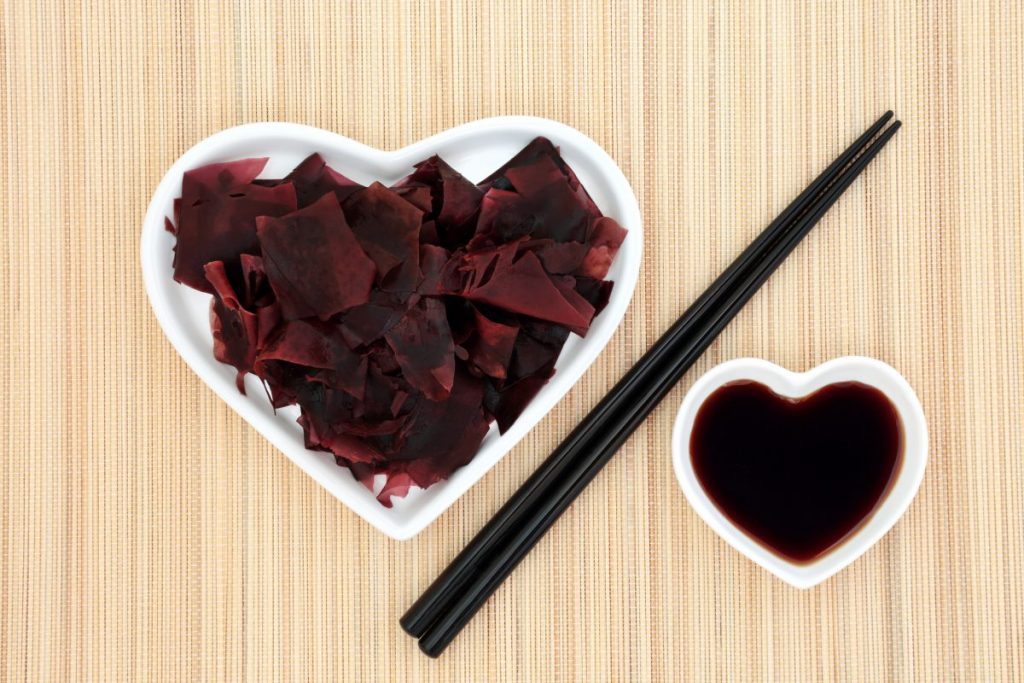 Nori is a genus of more than 60 species of red algae that grow in cold waters in both the Northern and Southern hemispheres. The process of drying and roasting this vegetable changes the color to the familiar dark green. Also called laver, nori is the most widely consumed sea plant. Popular as a paper-thin sushi wrap, it also adds an oyster-like flavor to soups and seafood dishes. The dried sheets make an excellent stand-alone snack or side dish as well. In Ireland, some varieties are condiments for oatmeal. 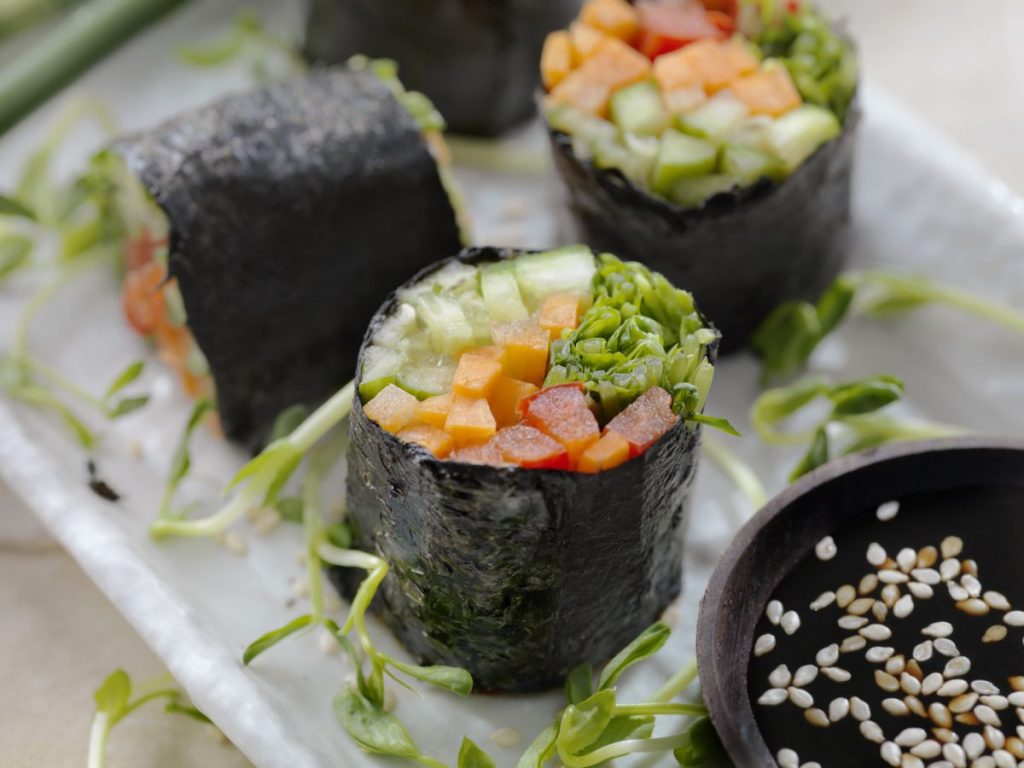 Sea lettuce is a light- to emerald-green alga with ruffled leaves that resemble land-grown lettuce. It grows around exposed rocks and stagnant tide pools around the world. Some commercial food products, such as ice cream, contain this sea plant. Include sea lettuce raw, dried, or roasted in salads and soups. 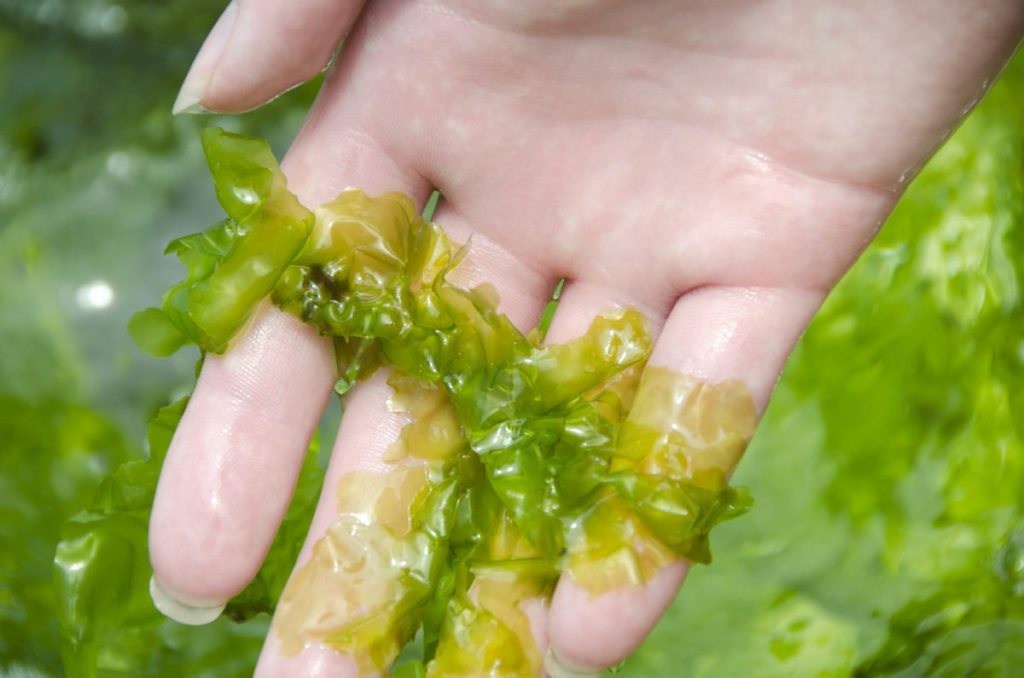 Kombu is a kelp that imparts a subtle umami taste when boiled in water. It is indispensable in Dashi broth, a popular base for clear soups. The plant contains enzymes that can help the body digest beans more easily, and its powdered leaves are a natural alternative to monosodium glutamate (MSG). Kombu is widely available dehydrated; it grows threefold when soaked in cool water and cooked. The leaves make a tasty addition to vegetable and meat combinations, amplifying the flavors of other ingredients. 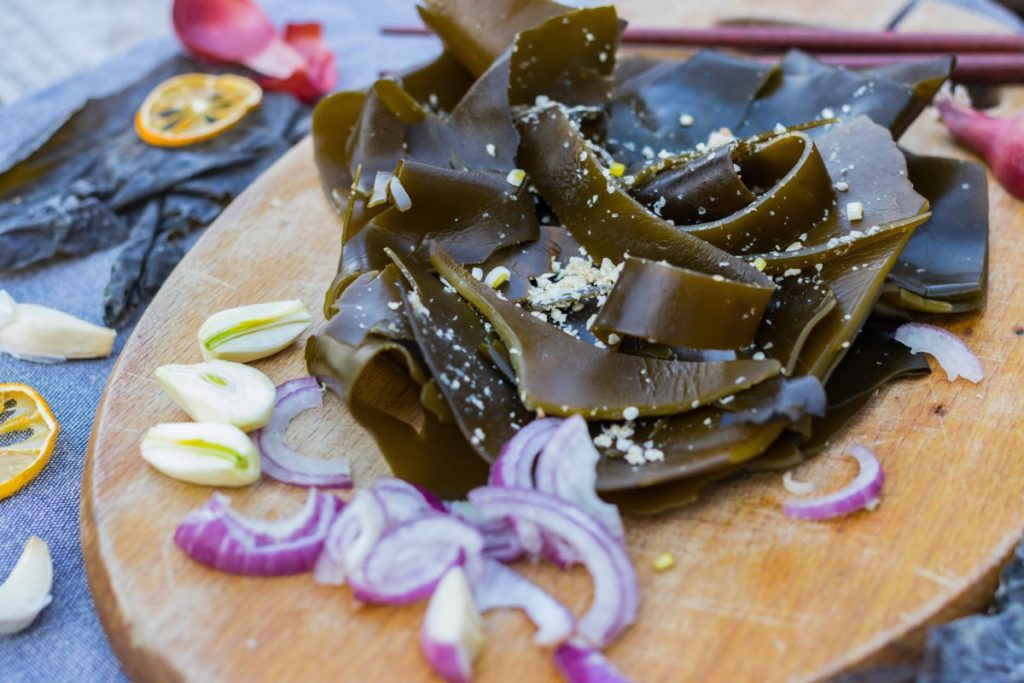 Irish moss, also called sea moss, is a species of red algae that grows along the rocky Atlantic coasts of North America and Europe. Its varieties come in green, white, brown, yellow, purple, and dark red. This sea plant is often used as a thickener and was once the primary source of commercial carrageenan, a highly processed extract. Soaking Irish moss will yield a neutral-flavored gel for use in pies, sauces, and soups. This gel can add texture and moisture to homemade skin and hair care products as well. Irish moss is the main ingredient in a milk-based drink that’s a traditional favorite in Ireland, Scotland, South America, and the Caribbean. 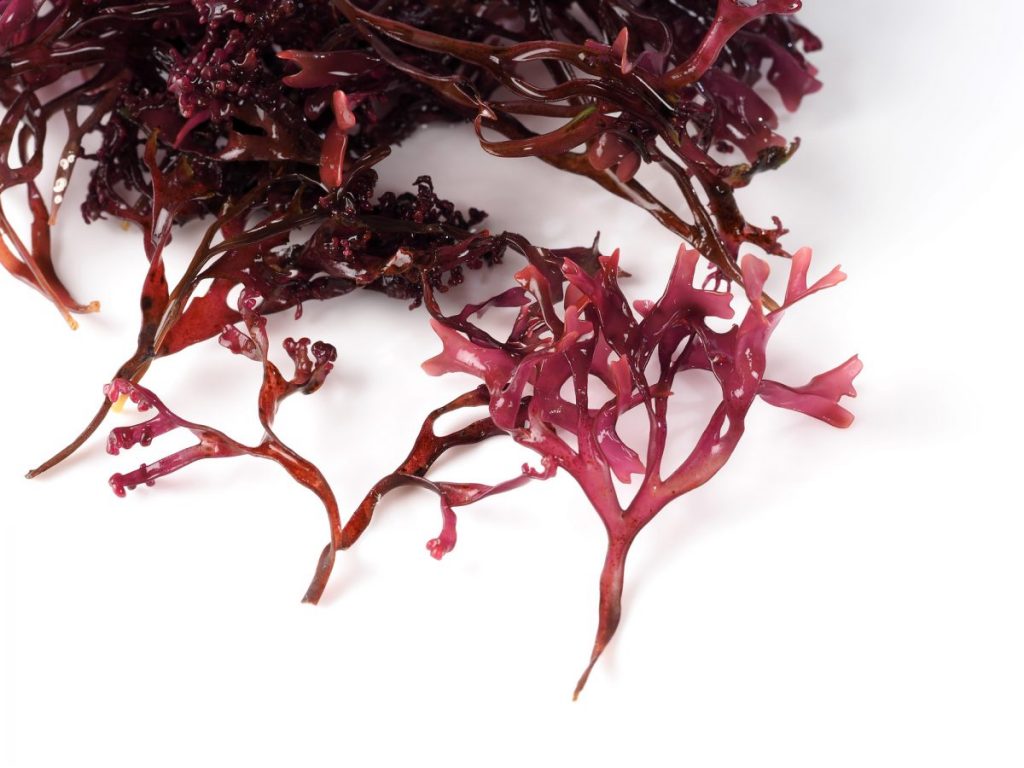 Alaria is a brown sea plant found along northern Atlantic coasts. It has a tea-like aroma, chewy texture, and mild flavor that pairs well with sweet and savory dishes. This vegetable is quite versatile as a snack on its own or chopped and added to smoothies, stir-fries, and salads. Alaria can replace wakame in recipes. 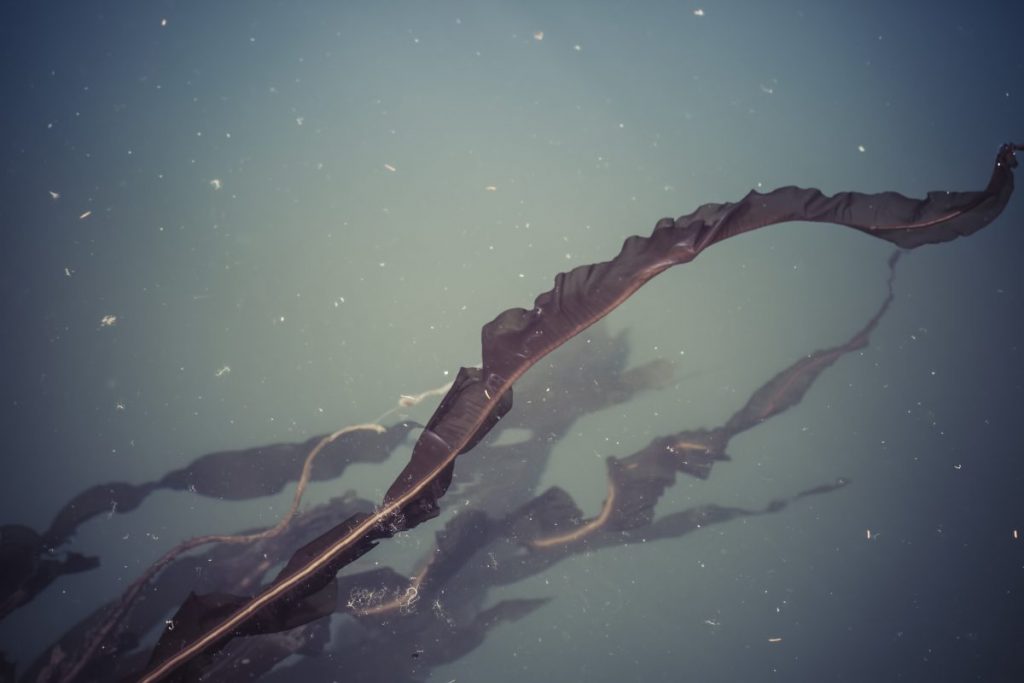 Heavy metals in water can contaminate some sea plants. The type and level of contamination varies widely depending on where the plants grow. Health organizations in the US, Europe, Asia, and Australia have been warning the public about some of these vegetables due to high concentrations of arsenic and other pollutants. Additionally, some nutrients in sea vegetables are not suitable for certain individuals. They tend to be rich in iodine, which may aggravate thyroid disorders. Sea plants are also high in vitamin K, which can reduce the effect of blood thinners, and potassium, which could pose problems for people with kidney and heart conditions. 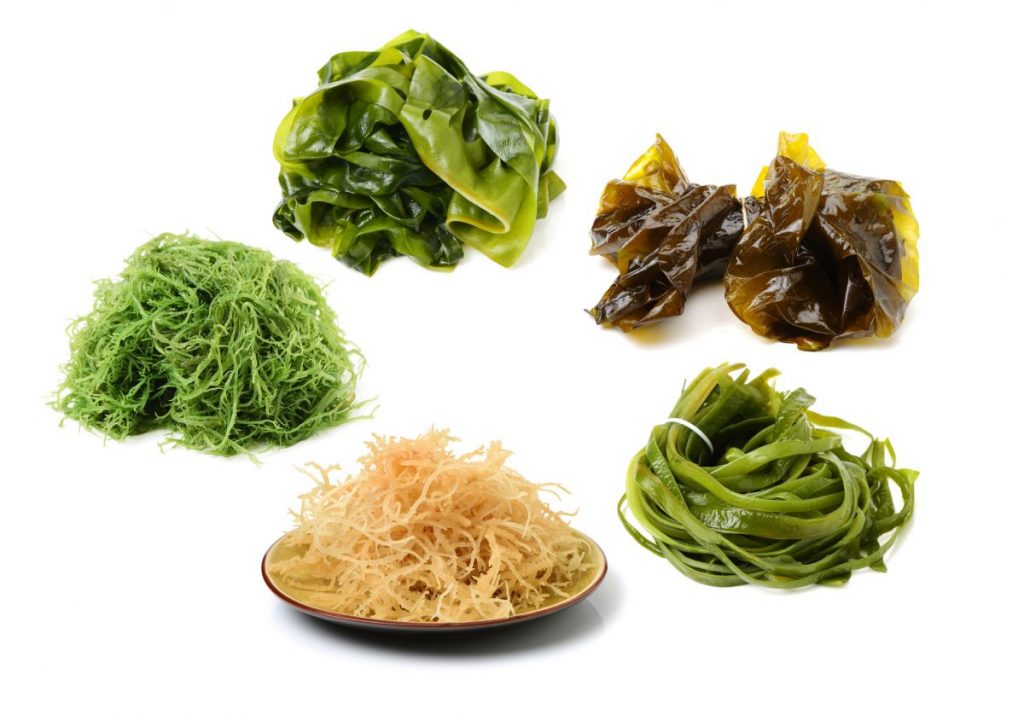