10 Reasons Celery Juice May (or May Not) Be for You

Celery juice is enjoying celebrity status as actors and fitness gurus hail its miracle-working wonders. Tens of thousands of social media posts chime in to raise a glass to this incredible healing tonic-for-whatever-ails-you. The juice reportedly acts as an elixir, curing infertility, skin problems, mental health issues, and even cancer. As popular as this drink has become lately, there is surprisingly little medical research to confirm all the claims about it. Is celery juice worth all the celebration?

Why All the Hype About Celery Juice?

Goop contributor Anthony William, who goes by the title "The Medical Medium," maintains that he received insight regarding celery juice from a supernatural source. William has no medical or nutrition training, yet he has acquired a massive following that trusts in his unconventional science. Celebrities, Instagram influencers, and health bloggers have picked up on William's claims and thrust the green sensation into the limelight. When it comes to health trends, our culture seems to be increasingly drawn to novel ideas without checking for facts. Is celery juice just one more example of a passing, unverified trend? A lack of evidence doesn't immediately mean something isn't healthful, and the vegetable does have its benefits. 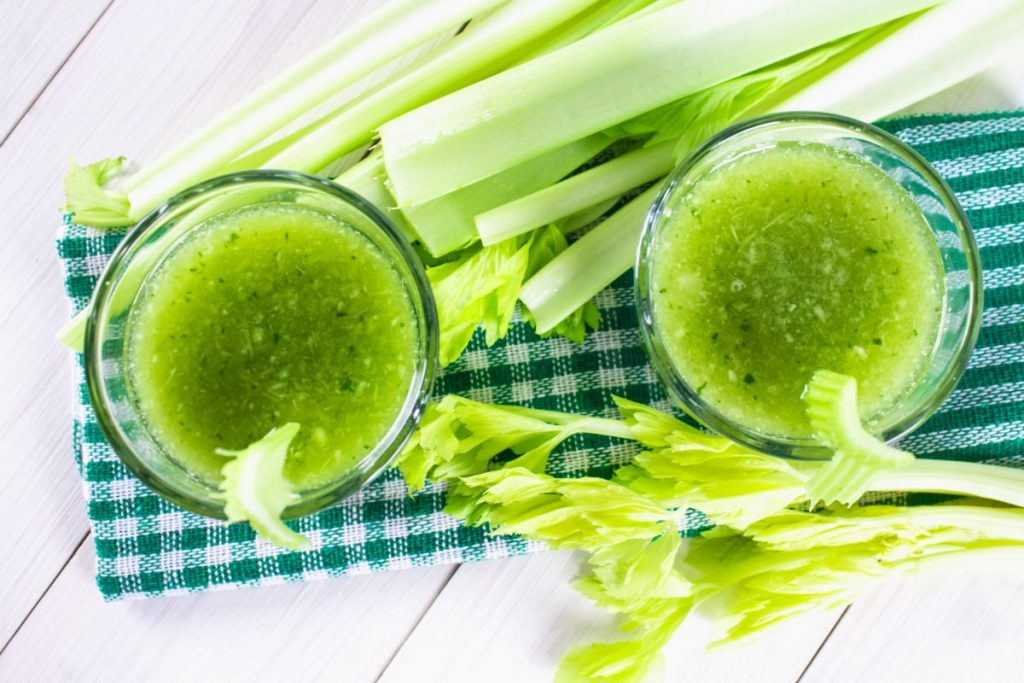 What Science Says About Celery 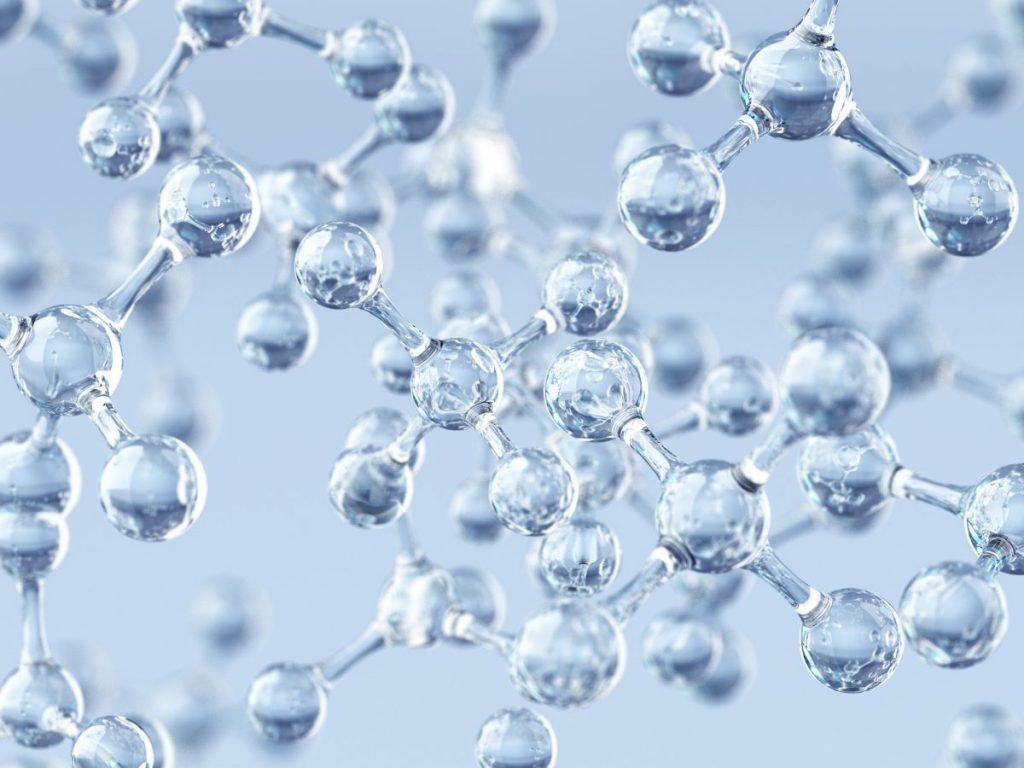 The antioxidant properties of celery juice make it useful for promoting gastrointestinal health. These characteristics, along with oils and tannins, contribute to the production of protective mucus that coats tissues in the digestive tract, helping prevent ulcers and reducing issues such as irritable bowel syndrome. 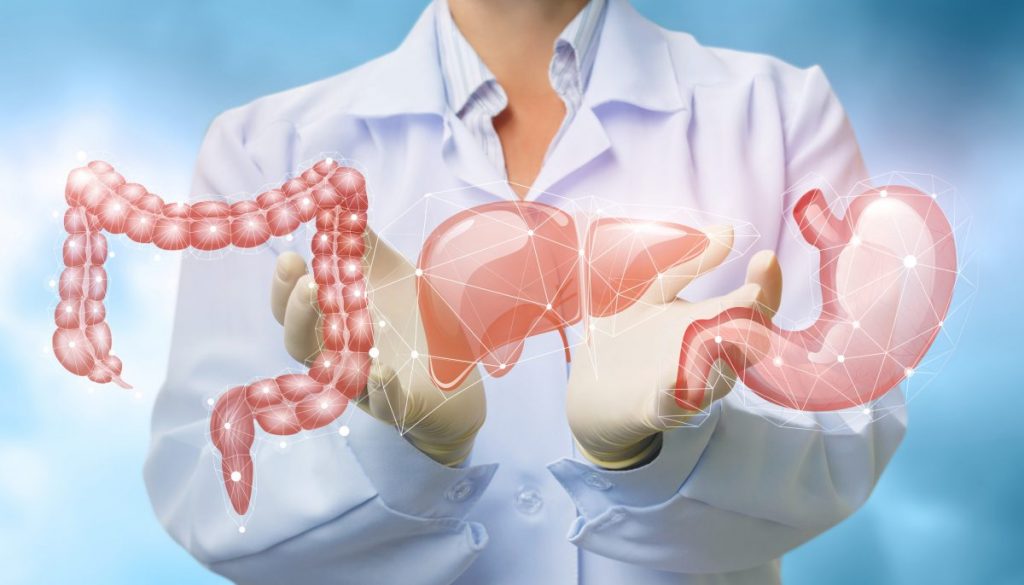 Celery juice concentrates many of the nutrients of the plant into a bioavailable form the body can absorb quickly. Juicing provides a simple way to intake the vitamins, minerals, and phytochemicals that may be more appealing than chewing stalks. For picky eaters who would normally turn away from eating celery whole, this may be an effective way to sneak added nutrition into the diet. 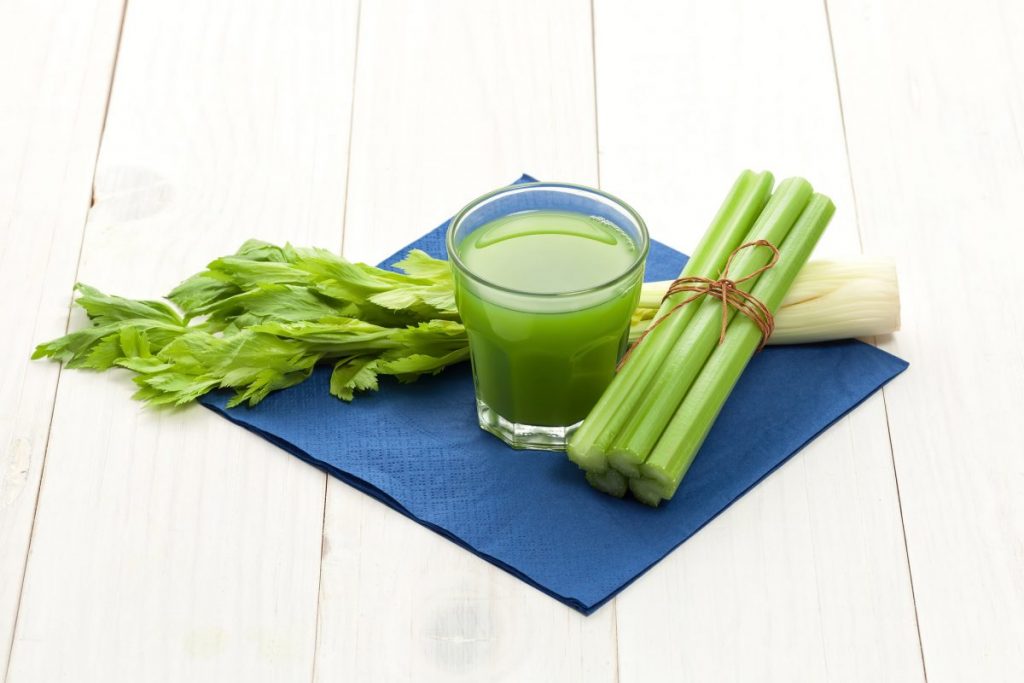 However, You Miss Out on Fiber

Juicing celery deprives you of the vegetable's insoluble fiber. This fiber serves an important function, sweeping through the digestive tract to help eliminate trapped toxins and plaque. It slows down sugar absorption and helps regulate blood glucose levels. Insoluble fiber also helps promote satiety, the feeling of fullness after eating, and it feeds the beneficial bacteria in our digestive tracts. The fiber in celery is an integral part of its health-boosting package, but it gets discarded in juicing. 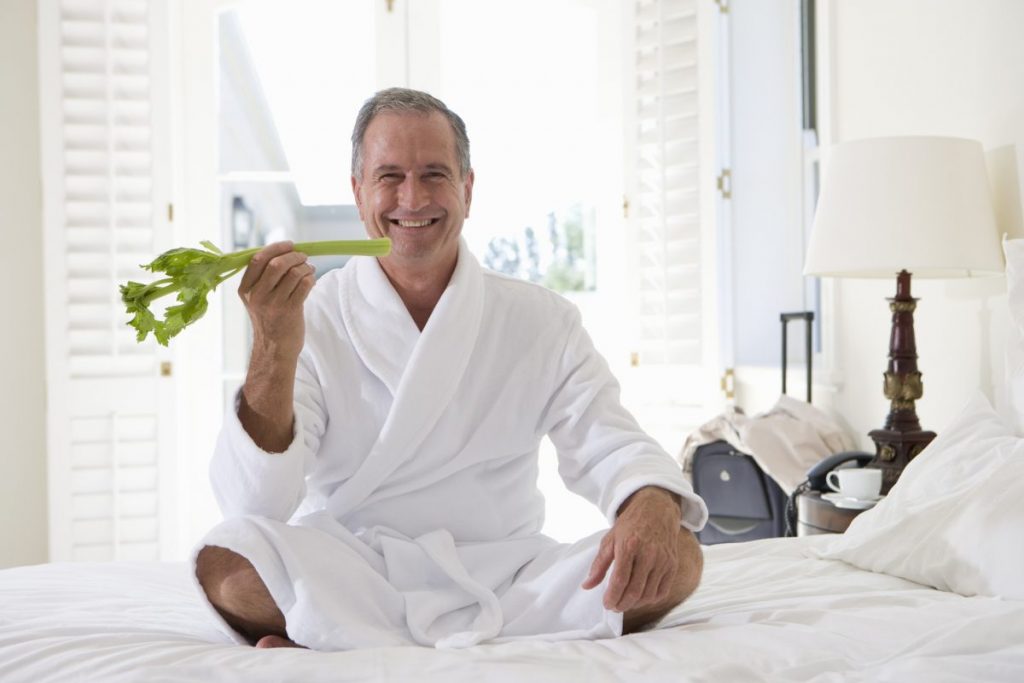 Juicing Can Squeeze the Wallet

Compared to eating the food whole, juicing typically requires three times the amount of ingredients to produce one serving. If you choose organic celery, this could prove significantly more expensive than the alternatives. Effective juicing equipment adds an extra cost of hundreds of dollars. If you skip the homemade aspect, pre-made juices will put a huge dent in your grocery budget, too. 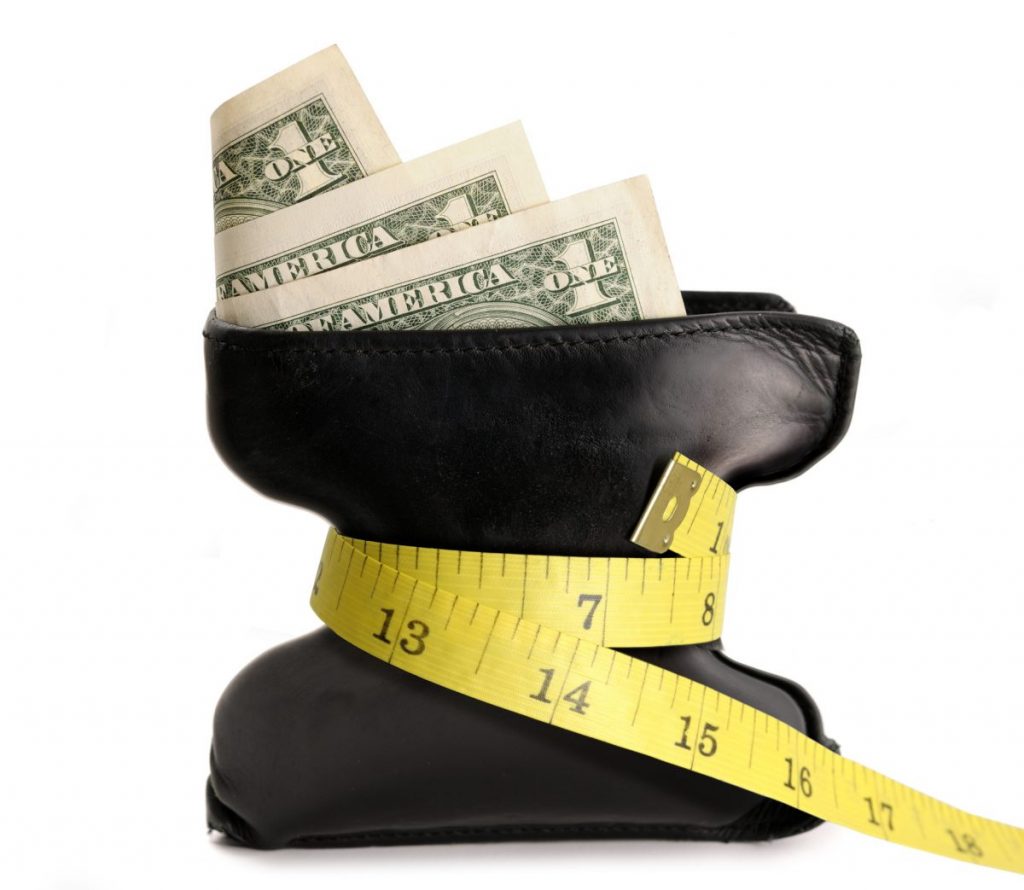 Celery has been on the Environmental Working Group's "Dirty Dozen" list for several years. Over 95 percent of conventionally grown celery samples tested positive for synthetic pesticides. Evaluators found up to 13 chemicals on a single sample. Choosing organic celery can help you minimize exposure to these toxic substances, but again, the swap comes with a cost. 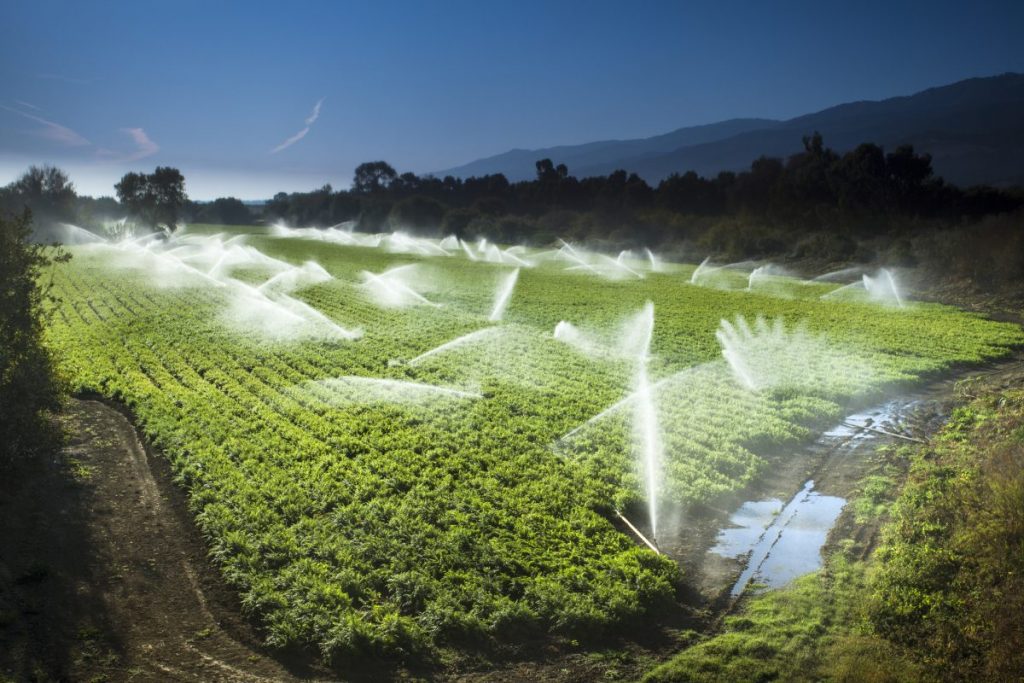 Celery belongs to a group of foods that are known to induce allergic reactions. Symptoms may range from a headache and rashes to anaphylactic shock. Individuals who are allergic to mugwort and birch pollen should avoid celery and its juice. People who take anti-clotting medication should consult their physician about celery consumption, as it contains the blood-clotting component vitamin K. Celery may increase photosensitivity, and ingesting high amounts may cause skin inflammation. Individuals with kidney problems should not consume celery juice. People facing surgery should not use this product for at least two weeks before a procedure, as it may interact with anesthesia and adversely affect the nervous system.

To make fresh celery juice, place two or three washed stalks in a juicer and process. Although it is ideal to consume fresh juices immediately, you can refrigerate it for up to 24 hours. If you do not have a juicer, you can chop the stalks and process in a blender with some water. Strain and enjoy. Drink celery juice alone or enhance the flavor by adding spices, herbs, or other juices. Celery juice works well with other vegetables and fruits in juicing recipes. Use the freshest ingredients possible for maximum nutritive benefits. 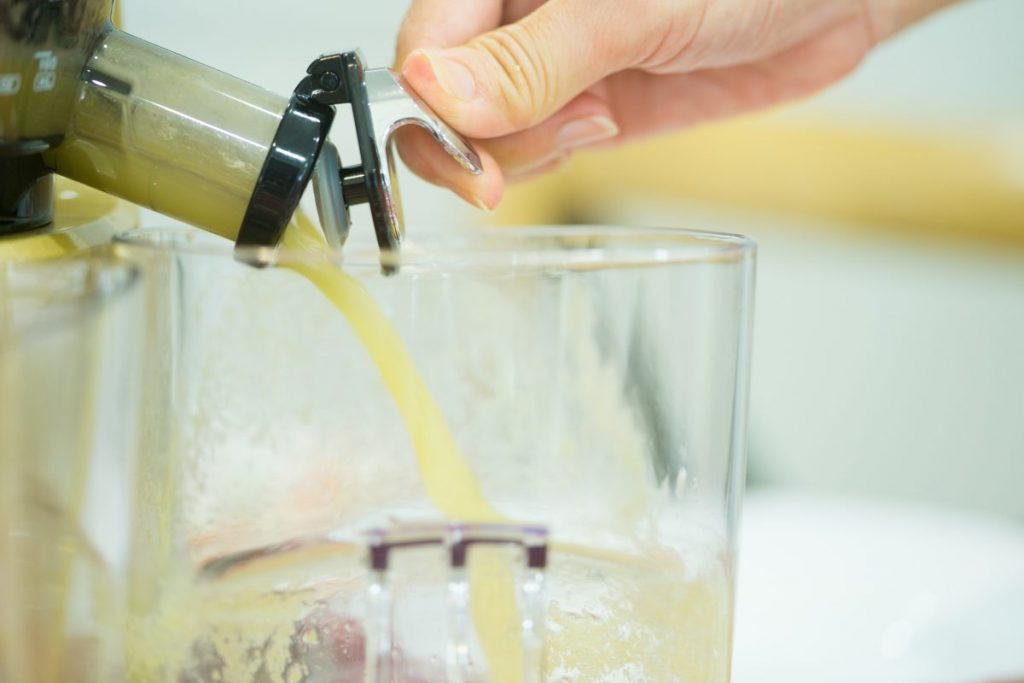 The verdict? There's limited research on the effects of celery and celery juices on humans. Nonetheless, fresh celery juice -- ideally from organic sources -- may be beneficial for people who are not sensitive to it. It can be an addition to an overall healthy diet that includes a variety of healthful, whole foods. However, medical and nutrition experts agree that eating celery in its solid state avails us of the full benefits that celery has to offer, and is the better option, in most cases. 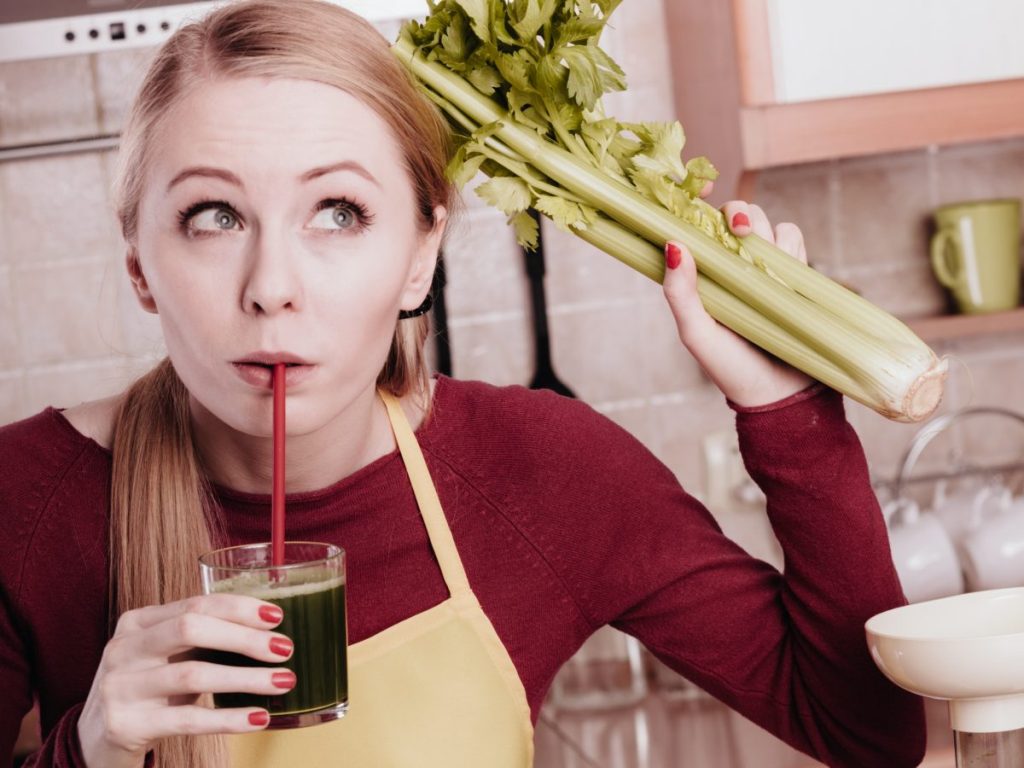