No, mangosteen isn't a smaller version of a mango. It is a super fruit that's been harnessed for centuries for therapeutic and nutritional purposes in South East Asia. The fruit is used to treat infections, Irritable Bowel Syndrome, diarrhea, dysentery, and even wounds. It is a powerful antioxidant, anti-inflammatory, antibacterial, antimicrobial, anti-viral, and rich source of catechins. The west first discovered the plant in 1855 by Germans researching dysentery. Mangosteen is in the same family as Saint John's Wort. Mangosteen has a wealth of phenolics and tannins which encourage free-radical scavenging which may prevent cancer, inflammatory responses to foreign compounds, and may even slow the aging process.

1. A Formidable Foe of Cancer

Don't confuse the mighty mangosteen with mangoes. Mangoes are a delicious fruit with many health benefits, but they pale in comparison to mangosteen. Studies findings illustrate that mangosteen may inhibit the advancement of several types of cancer cells. Mangosteen acts as a free-radical scavenger and reduces the potential damage the low-density lipoproteins has on the human body. Mangosteen has at least 20 known xanthones that are found in the pericarp (fruit wall) of the plant. The leaves, bark, and fruit of the plant are used for treating a wide variety of conditions and diseases. The xanthones in mangosteen, primarily alpha-mangostin and gamma-mangostin were tested on animals. Results indicate these compounds have a therapeutic effect. Mangosteen slows down the progression of prostate cancer and is a considerable enemy against colon cancers. 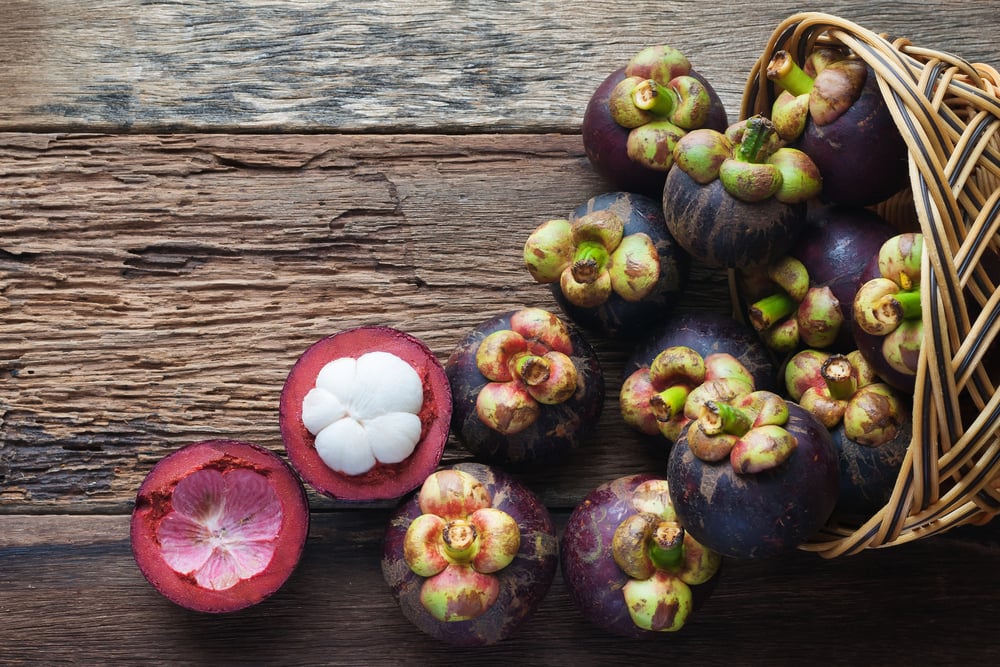