The Delicious Health Benefits of Watercress

An aquatic perennial, watercress is a dark leafy green that is popularly added to salads or tops a wide array of savory dishes. Sometimes thought of a plate garnish, this exciting plant is so much more. During periods of history, this green was an important food staple. Roman soldiers relied upon it as did the working class of 19th century England. It is low in calories, but it’s quite high in nutrients. You can ramp up your nutrient intake by adding more delicious watercress to your diet. This plant is also associated with many health benefits, so don’t treat it like a garnish anymore. It’s a veritable superfood that should have top billing on your plate.

In the U.S., Alzheimer’s disease is the 6th leading cause of death. It’s no wonder that many people are concerned about preventing this progressive disease. Researchers believe that watercress can help prevent the cognitive changes that are associated with the development of Alzheimer’s. Watercress can also help repair brain tissue for improved brain health. Because this leafy green is rich in vitamin C, scientists believe boost neuron activity to enhance brain function. To obtain this plant’s protective benefits, add it to salads each week or top it on your favorite stir-fry. 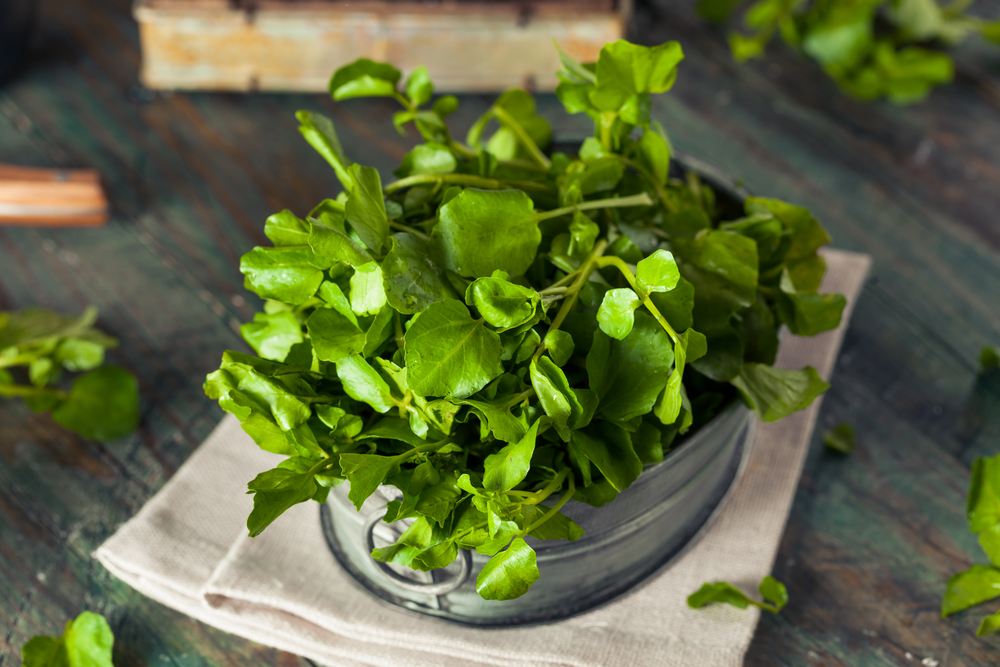 Studies have shown that watercress has anticarcinogenic properties, particularly in association with breast cancer. Researchers suggest that these properties may help protect people from other forms of cancer too. Scientists think the phytochemicals in watercress stimulate cellular protections. Eating it weekly and possibly even daily can boost the body’s ability to ward off cancers. Watercress also contains nutrients like vitamin C and folate that can be helpful for keeping cancer at bay. 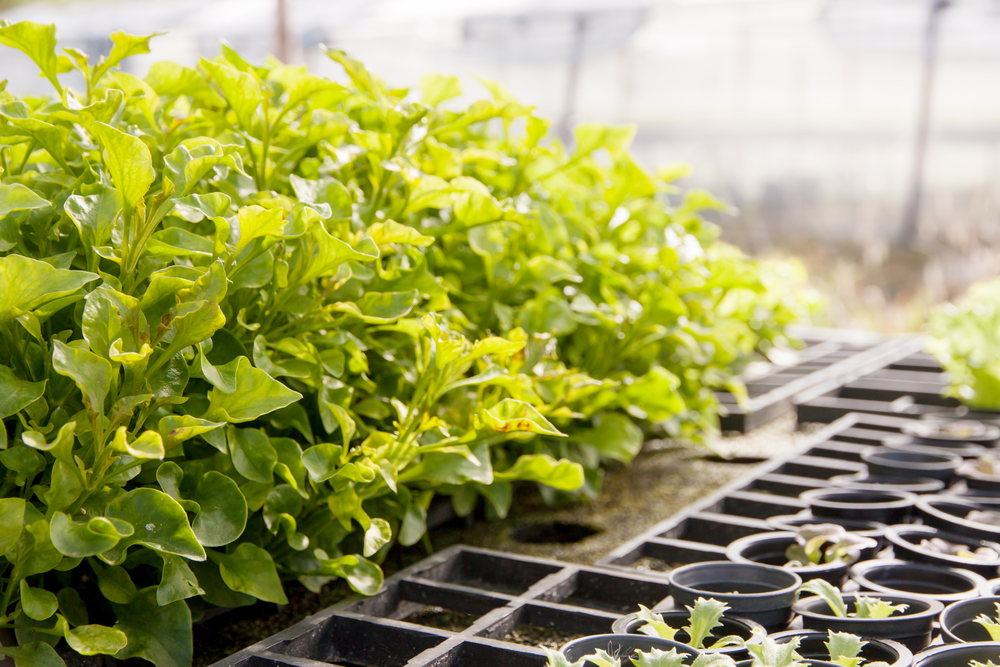 Watercress can be an important part of your diet if you’re pregnant. It is high in folate, which is a nutrient that is especially important in the early stages of pregnancy. A lack of folate has been linked to congenital disabilities like neural tube disorders. If you are planning to become pregnant or are pregnant, you can add watercress to your diet to ensure you’re getting plenty of this essential nutrient. Try a simple sauteed dish like watercress with garlic to add to your weekly meal plan. 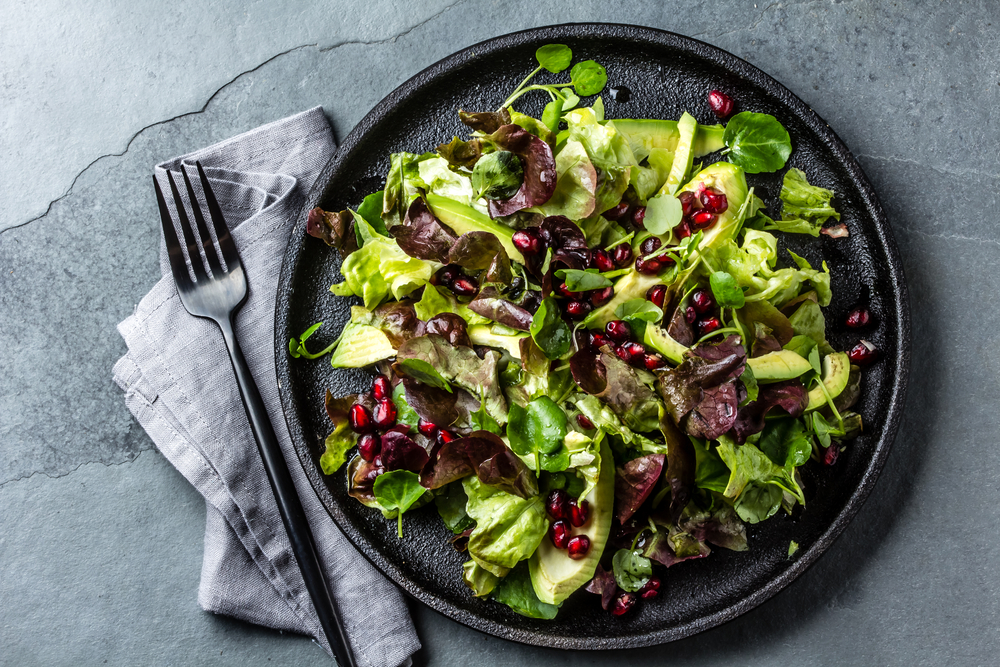 Depression affects millions of people worldwide, but not all depression requires the use of antidepressant medications. Many people can improve their mood disturbances with diet and exercise. Some studies suggest that watercress can boost mood because it contains folate. Folate appears to enhance the work of neurotransmitters like serotonin that are associated with mood. Even if you aren’t depressed, it can help you guard against mood disturbances, which is important as stress and worry can sometimes strike out of the blue. 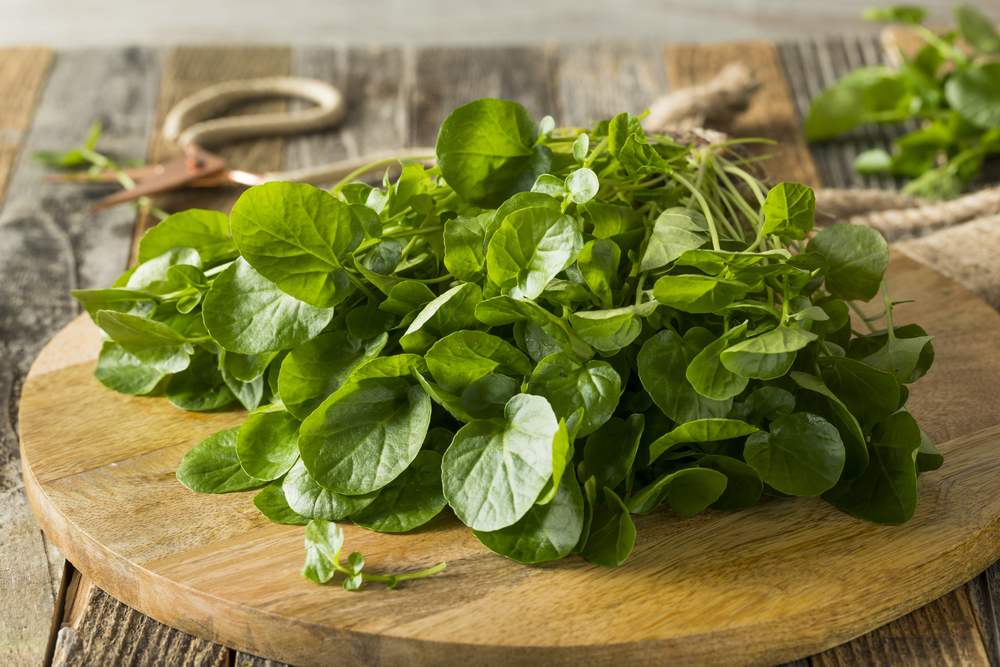 As a cruciferous plant, watercress can enhance your cardiovascular health and possibly even reduce the risk for heart disease. Cruciferous plants enhance heart health by reducing the levels of bad LDL cholesterol in the blood where they can cause blood vessels to narrow with the accumulation of plaque. Additionally, watercress contains vitamin C that can help protect your heart from oxidative stress. 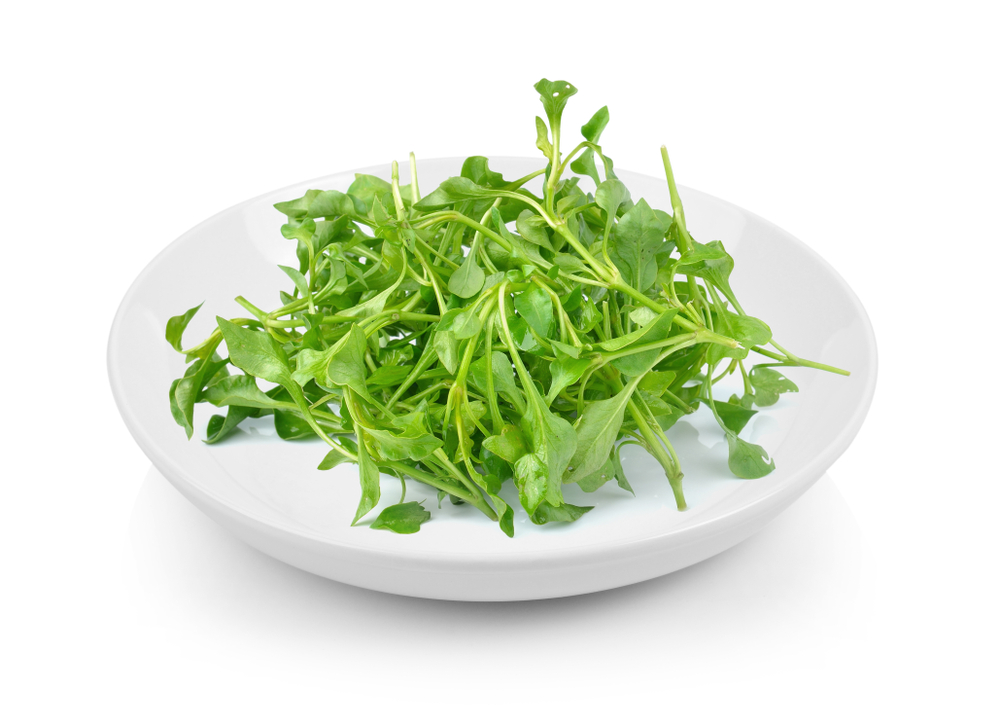 If you are concerned about reducing your risk for osteoporosis, you should add watercress to your regular diet. Watercress contains calcium, which is needed to build and repair bones. The folate contained in watercress has the power to support bone density. As people age and become more sedentary, they can suffer a reduction in their bone density. By eating a diet that’s rich in nutrients that support bone health, they can reduce their risk for osteoporosis and other bone-related conditions. 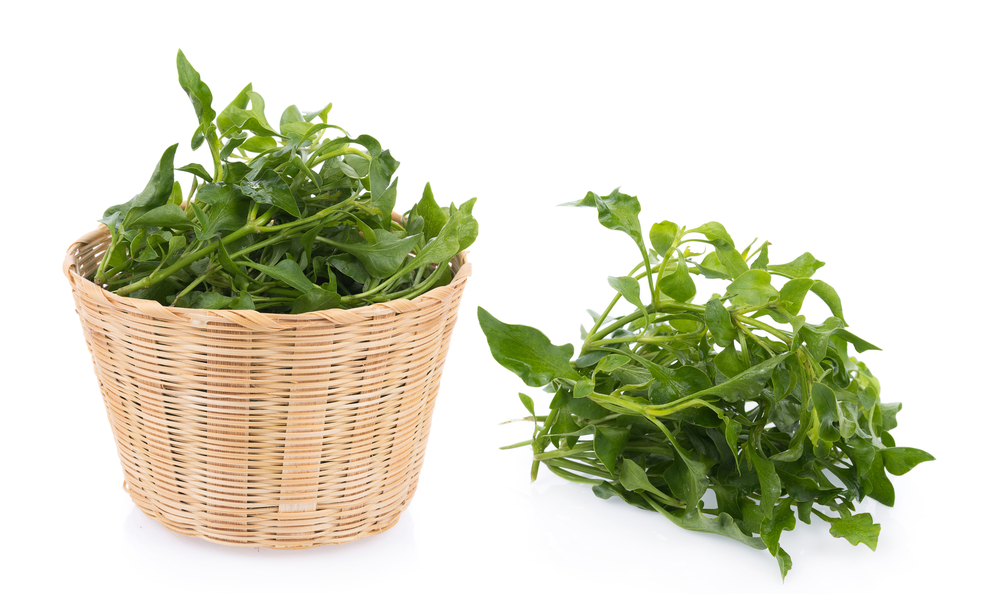 A rich source of vitamin C, watercress helps boost the immune system to keep viruses like the common cold at bay. In fact, recent studies suggest that eating foods like it can reduce the risk of contracting a cold by more than 65%. Watercress also contains beta-carotene and vitamin B1, which are important for optimum immune system function. During cold and flu season, be sure to add more to your diet to help protect yourself from these unpleasant viruses. 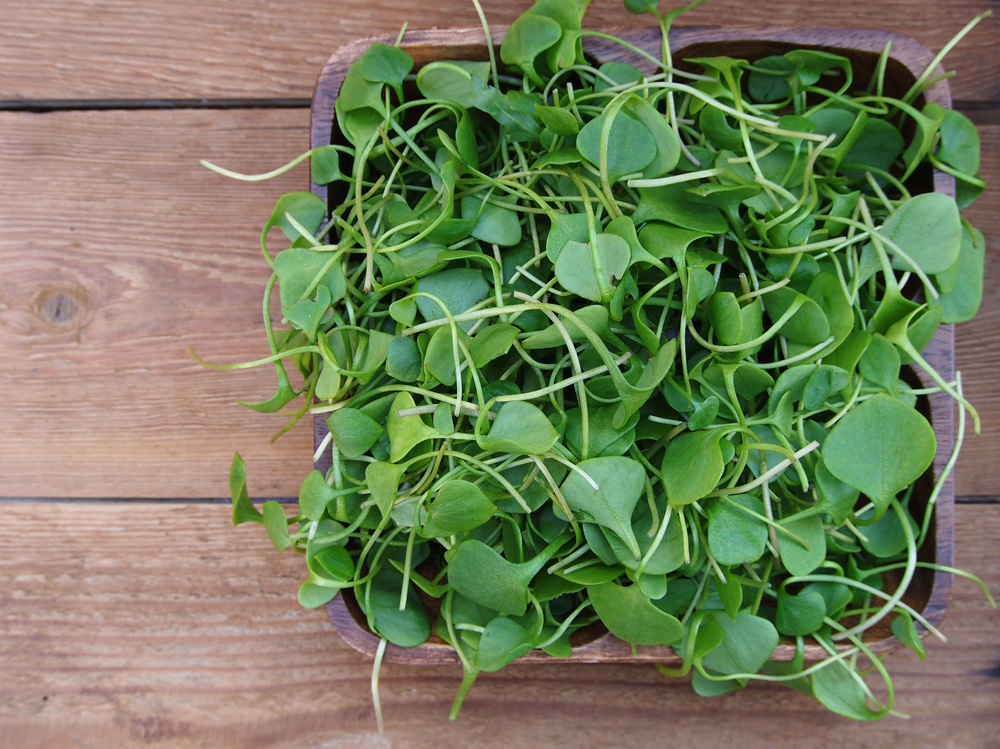 Watercress is a delicious green that can help you keep your diet on track. It is loaded with dietary fiber as well as amino acids that can leave you feeling fuller longer. When you load up on watercress, you’re less likely to reach for a more calorie-packed snack. It is also very low in calories, so you can enjoy a salad without worrying about your caloric intake. With only a mere eighteen calories per serving of this green, you can even enjoy a second helping without worrying about your waistline. 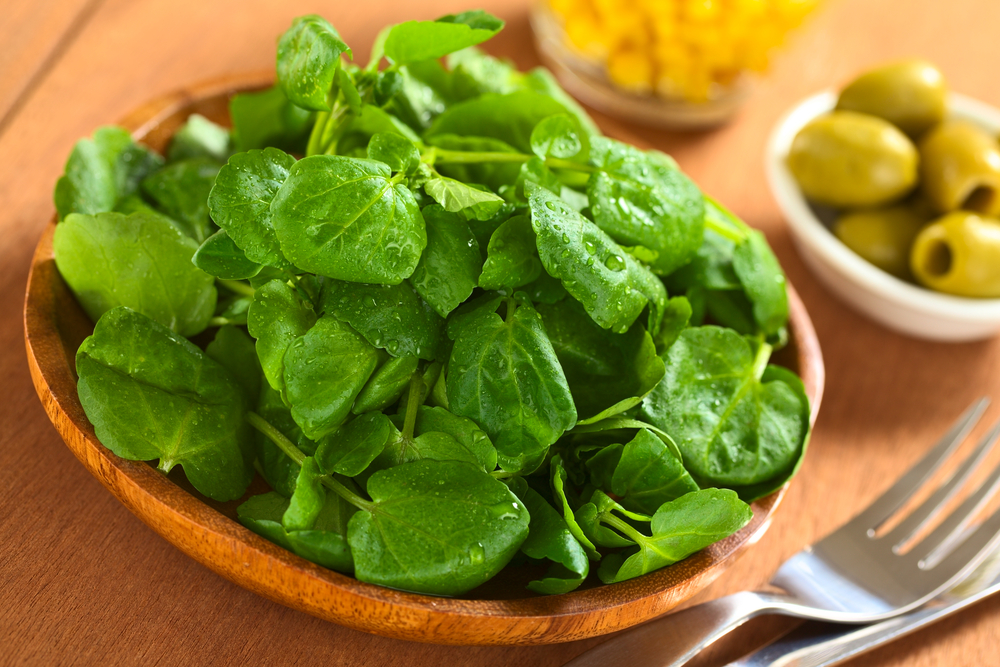 This vegetable has long been celebrated for its potential aphrodisiac benefits. Historians note that the ancient Persians and Romans believed that watercress could boost their libido. Research suggests that it can enhance the libido by boosting the production of hormones associated with sex. If you’re looking for a potent aphrodisiac without a lot of calories, nutrient-rich watercress is well worth a try. Consider adding it to a romantic meal of risotto to get your libido going. 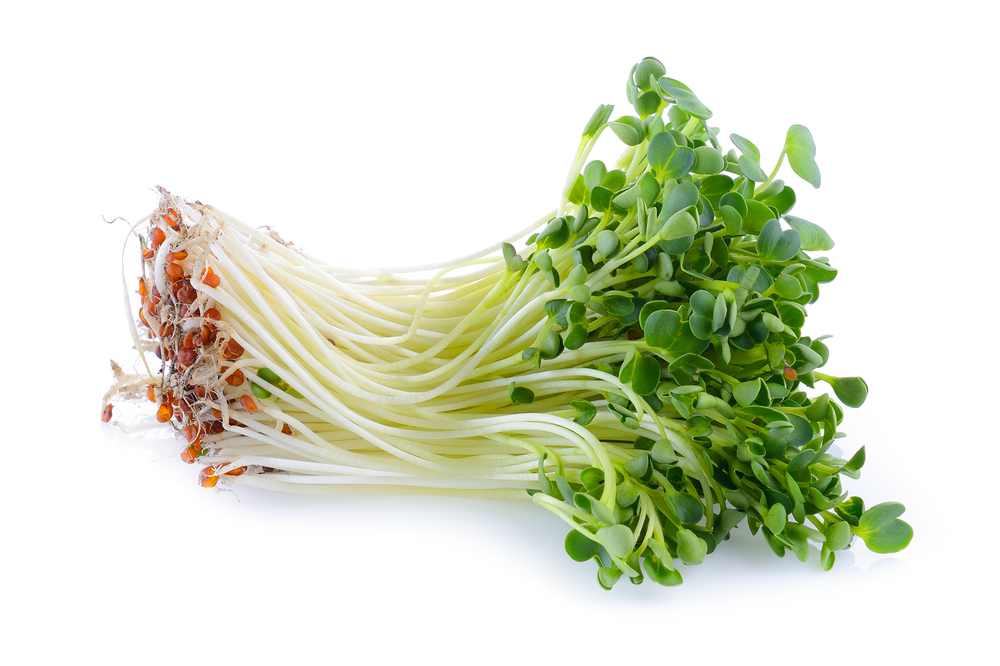 Many conditions ranging from asthma to the bronchitis are associated with coughing. Watercress contains sulfur glycosides that appear to have excellent expectorant effects. An expectorant has the power to cut through the phlegm associated with various bronchial conditions. Although it can’t cure these conditions, it can help reduce the symptom of coughing. So, if you are suffering from cold or seasonal allergies, add more to your diet to sooth those associated coughing spells. 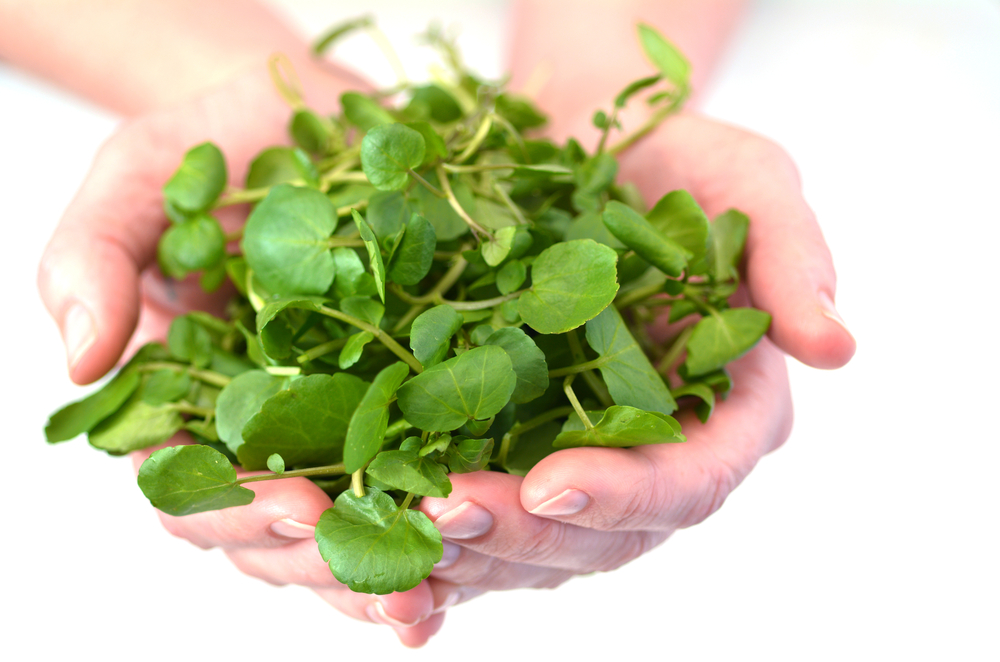