Eating Vegetables on a Low-Carb Diet

There are several reasons to choose a low-carb diet. Perhaps you have a gluten sensitivity or pre-diabetes, and eat low-carb to manage your symptoms. Maybe you have weight loss goals and are eliminating "cravable" foods such as carbohydrates. Some people eat a ketogenic diet -- one that encourages their bodies to burn fat as a fuel source, rather than glucose. When you minimize carbohydrates, you enter a state of ketosis. This is the fat-burning mode, and eating too many carbs can boot your body out of that state. Though vegetables are always good for you, certain veggies are better for ketosis than others, due to their carbohydrate load.

Celery has been touted as a "negative calorie" food -- the number of calories (energy) in a serving of celery is less than the number of calories that your body uses to chew and digest it. One would think that means everyone would be munching on celery all the time, but the taste isn't for everyone. Celery is mostly water and dietary fiber (which reduces the carbohydrate count on the keto diet), which helps you feel fuller longer while maintaining your low-carb diet. Celery is rich in vitamin K, and it also contains folate, vitamin A, potassium, and vitamin C. 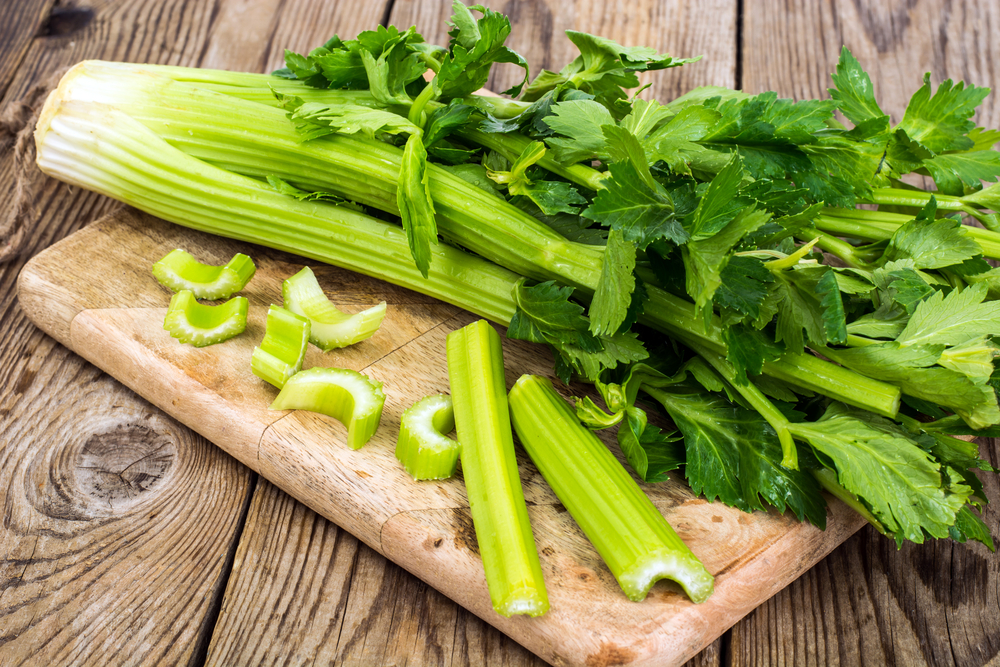