Kombucha is a fermented drink that is made by mixing sugar, yeast, and a colony of live bacteria with green or black tea. The drink has seen a massive rise to fame in recent years and appears everywhere from supermarket shelves to bar menus. Among the reasons for this fizzy drink's popularity are the health claims that accompany it. Those who enjoy kombucha often claim that it can help with everything from indigestion to cancer. Officially, though, the question remains: is kombucha actually good for you, or is it just a fad?

During the fermentation process that creates kombucha, a large amount of bacteria develops in the tea, some of which may have probiotic effects. Various studies link probiotics to better digestion, reduced inflammation, and improved symptoms of conditions like irritable bowel syndrome. The body contains anywhere from 100 to 300 trillion gut microbes. Even concentrated probiotic supplements only contain around 50 billion at most, and kombucha contains far fewer. That's far from enough to make a noticeable difference in a person's health. Finally, most store-bought brands of kombucha are pasteurized, meaning that a sterilization process has killed most of the bacteria in the beverage. While unpasteurized kombucha is available, it poses a possible health risk due to the risk of dangerous bacteria. This possible benefit of kombucha remains unproven. 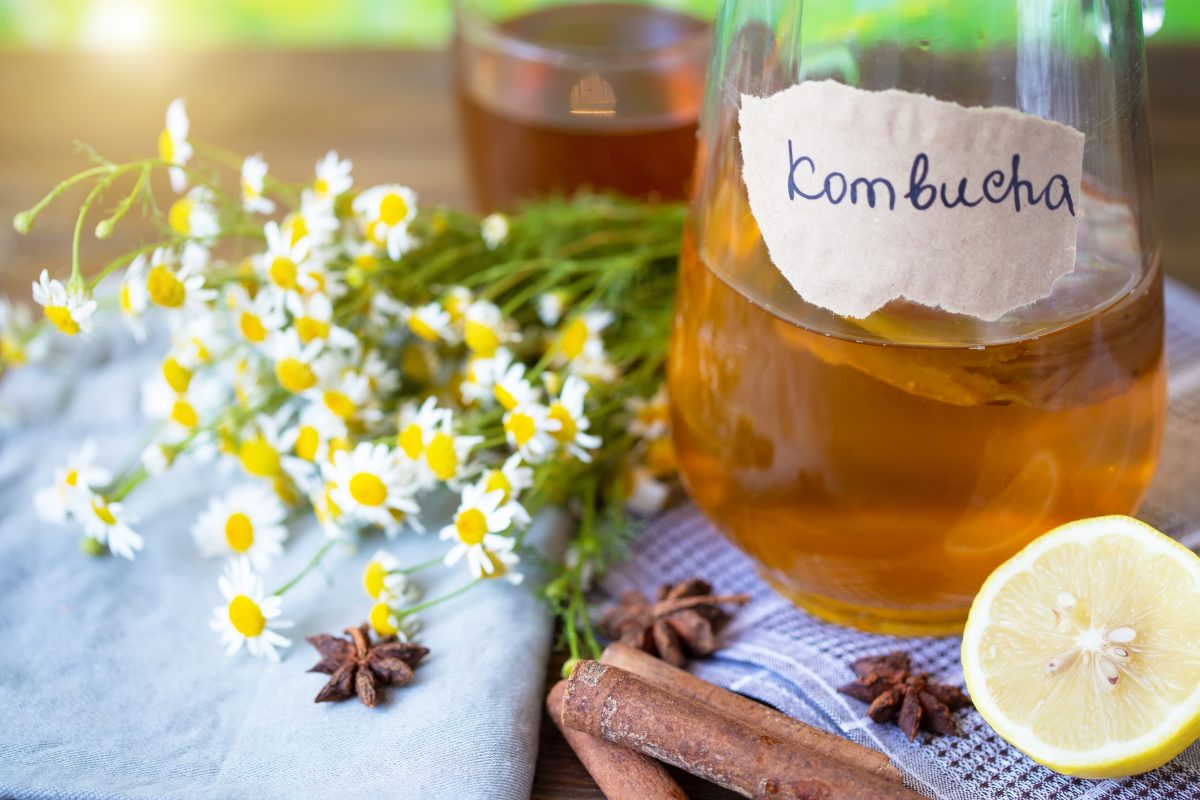 Kombucha appears to be rich in antioxidants, helpful molecules that fight free radicals. Despite popular belief that free radicals should be eliminated, the body must maintain a healthy balance of free radicals and antioxidants. It is true, however, that an excess of free radicals may cause cell damage, cancer, and diabetes. Several studies show that the antioxidants in kombucha can help reduce hepatotoxicity and DNA damage in the liver. However, these studies tested only rats, and there is no evidence that the tea would have the same effects on humans. 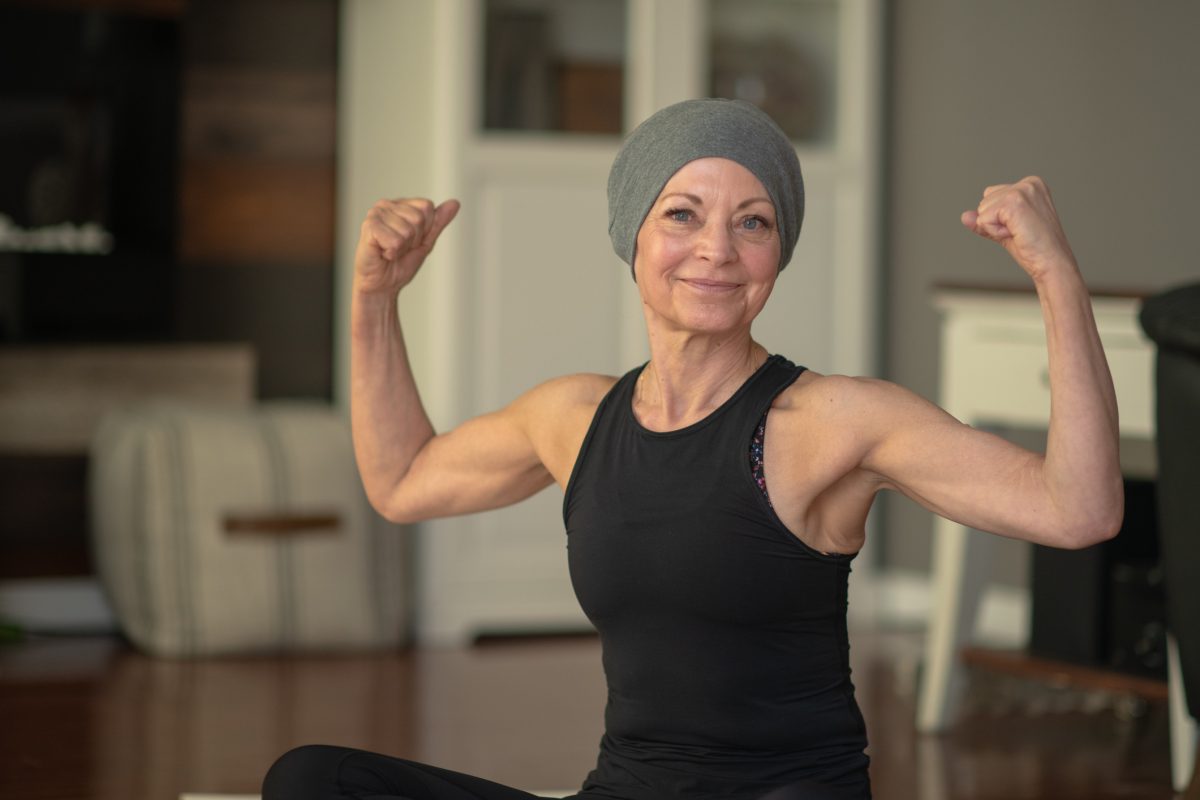 Another important product of kombucha's fermentation process is acetic acid. Substances that contain acetic acid, such as vinegar, have strong antimicrobial effects. A study from the Journal of Agricultural and Food Chemistry shows that in a lab environment, the acetic acid in kombucha can effectively kill dangerous bacteria. The study also shows that other materials in kombucha have antimicrobial effects. However, it's important to note that lab environments are not human bodies and that kombucha may not have the same effect on a person. 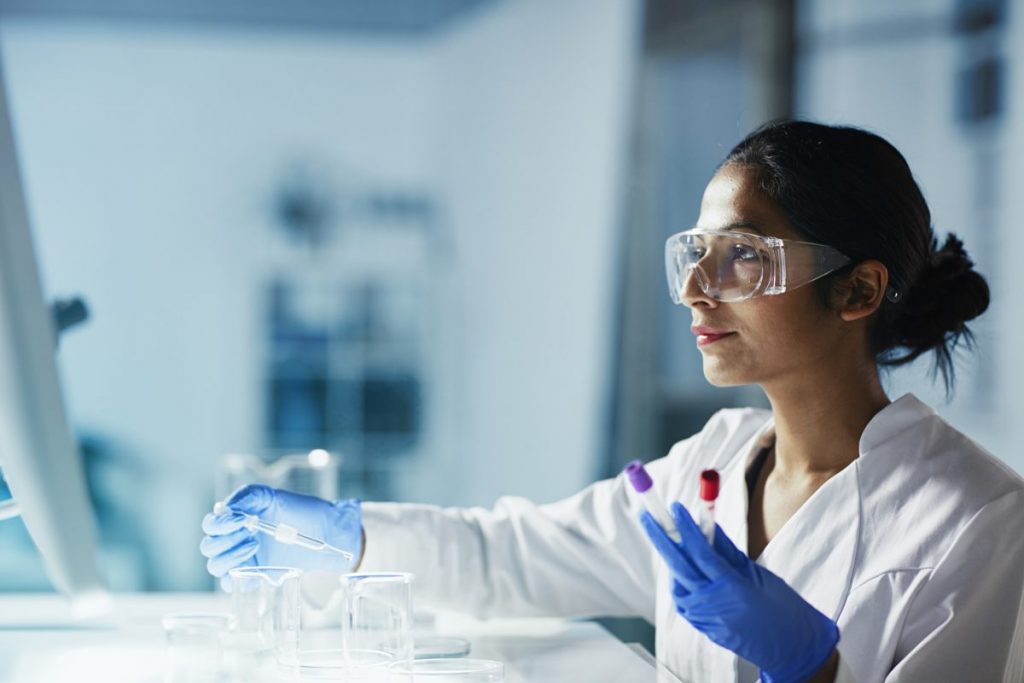 Kombucha's most recent rise to fame first began in the early 1990s, thanks in part to many articles touting its health benefits. One such article from the New Age Journal detailed an account of an HIV-positive man who claimed that kombucha helped improve his T-cell count. Because of this, the tea became extremely popular among those with HIV and AIDS. However, there is no evidence supporting these claims. Additionally, due to the large number of bacteria in kombucha, it is likely dangerous for people with weakened immune systems, including those with HIV or AIDS. 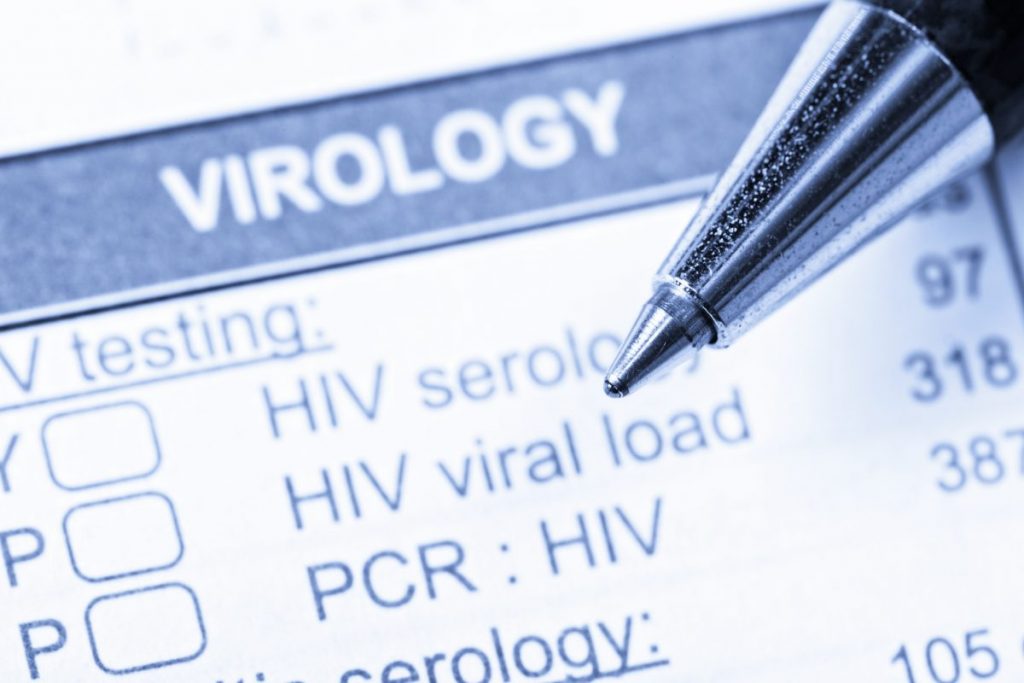 Among the various claims about kombucha, perhaps the easiest to prove is that it helps people lose weight. There are several reasons for this. People drinking kombucha are more likely to lead healthy lives, and the tea is a slightly healthier alternative to drinks like sodas. However, it may have intrinsic weight-related effects, too. In a 2000 study, kombucha inhibited weight gain in mice, even though kombucha-drinking mice ate and drank more in comparison to the control group. 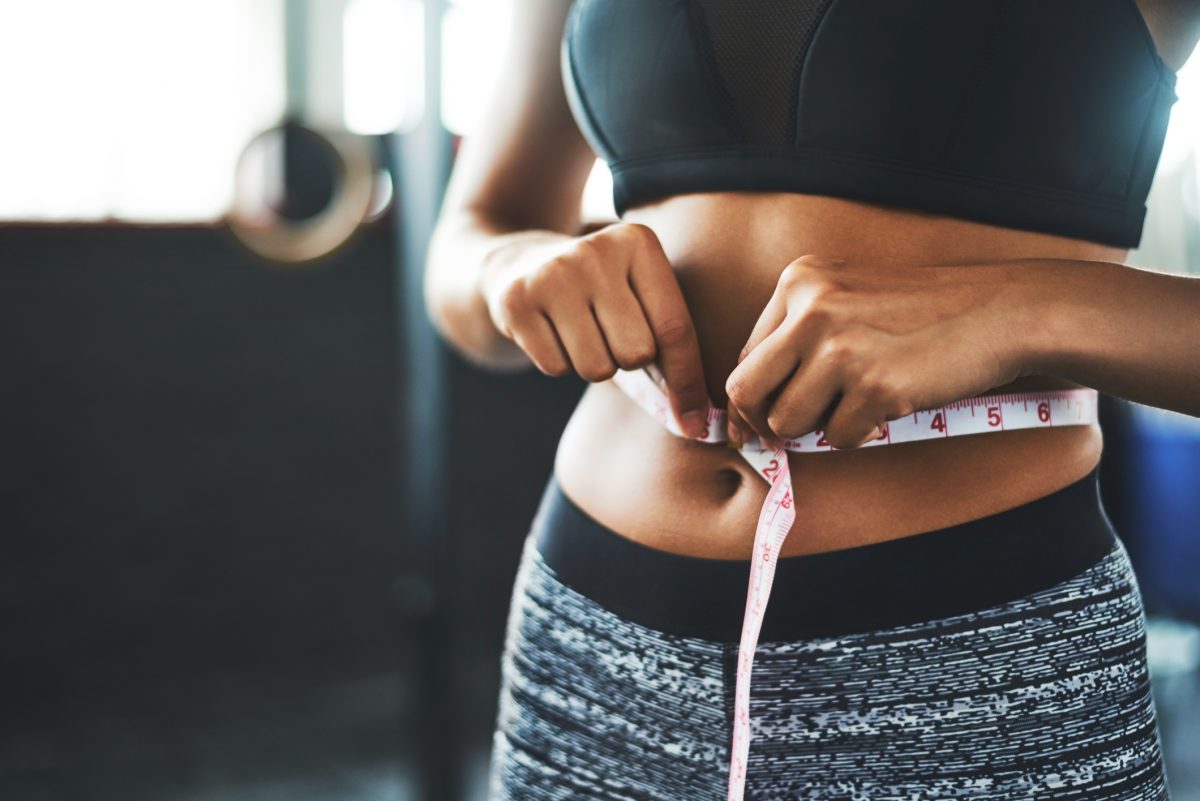 Heart disease is the leading cause of death worldwide, and improving heart health is paramount for overall health. A key factor that contributes to heart disease is excess "bad" LDL cholesterol, which can raise the risk for stroke and other heart issues. Several lab studies on rats indicate that kombucha may help reduce LDL cholesterol levels while also increasing levels of "good" HDL cholesterol. As with all animal studies, it's important to note that these results may not apply to humans, and further research is necessary to confirm the effects. 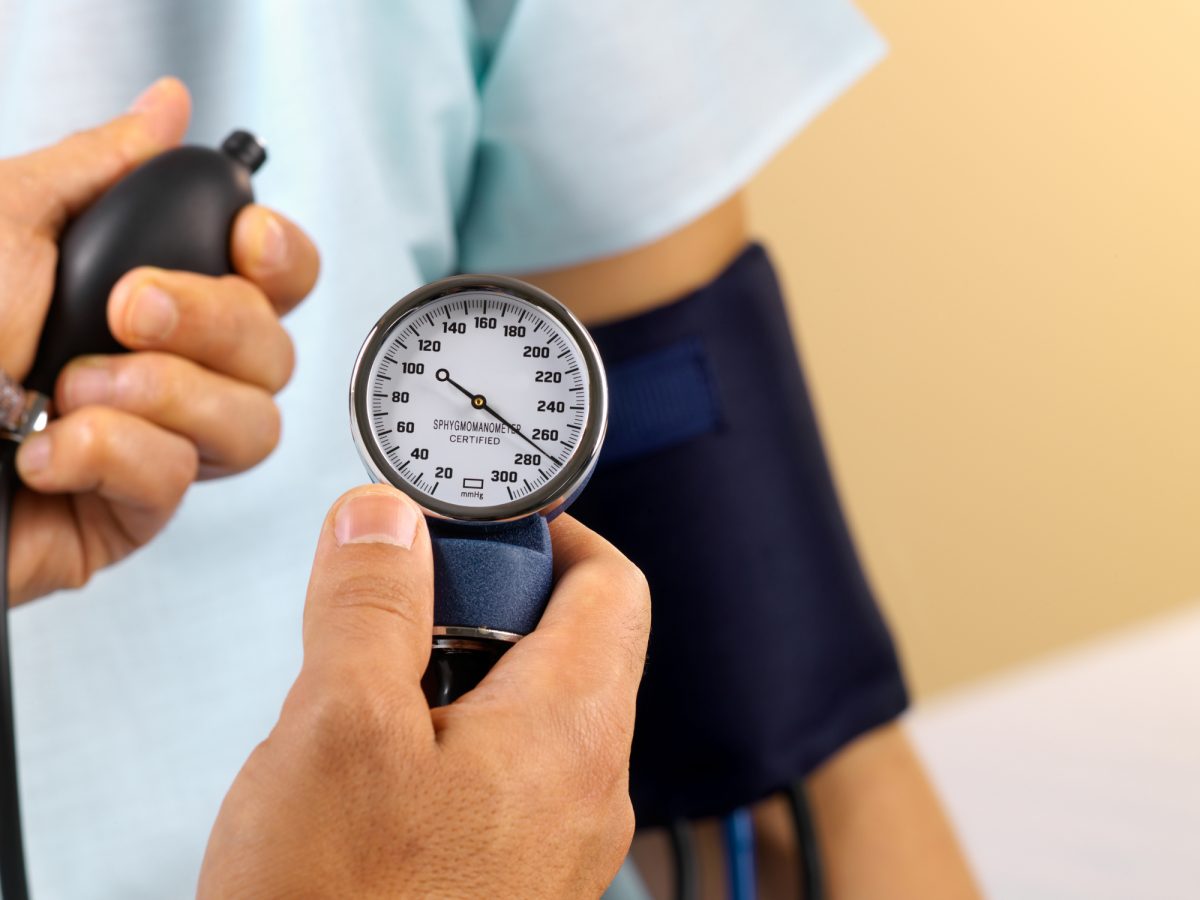 One of the longest-running and most popular claims about kombucha is that it can help combat cancer. In a few recent studies, researchers observed antiproliferative and antimicrobial properties that allowed kombucha to inhibit cancerous cell growth, particularly in prostate cancers, in lab animals. Further studies are necessary to confirm these effects outside of a lab environment and in humans. 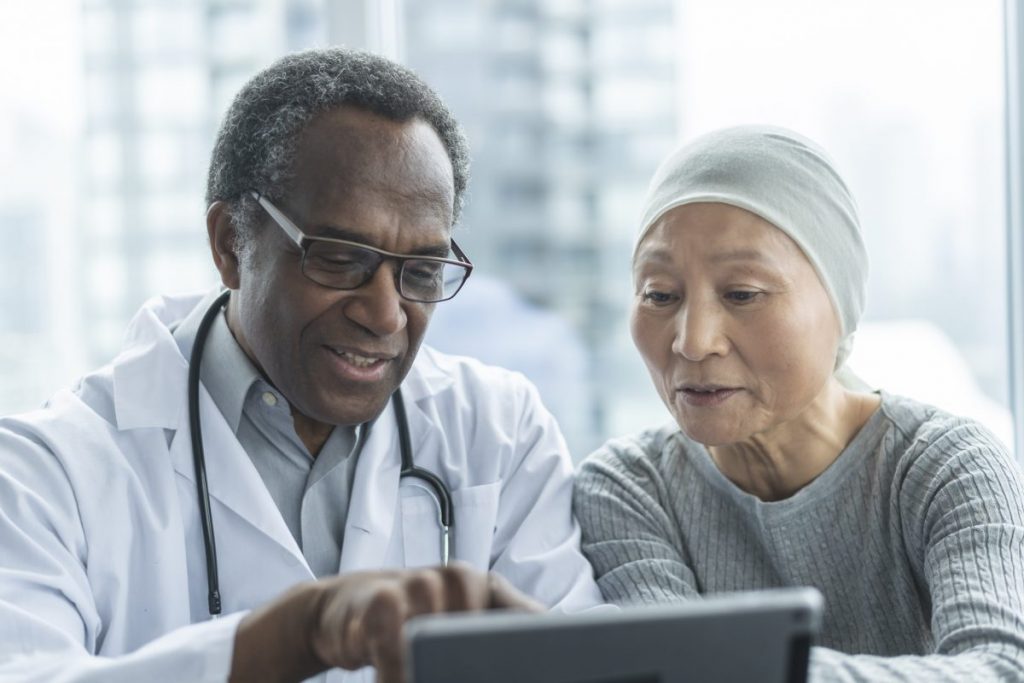 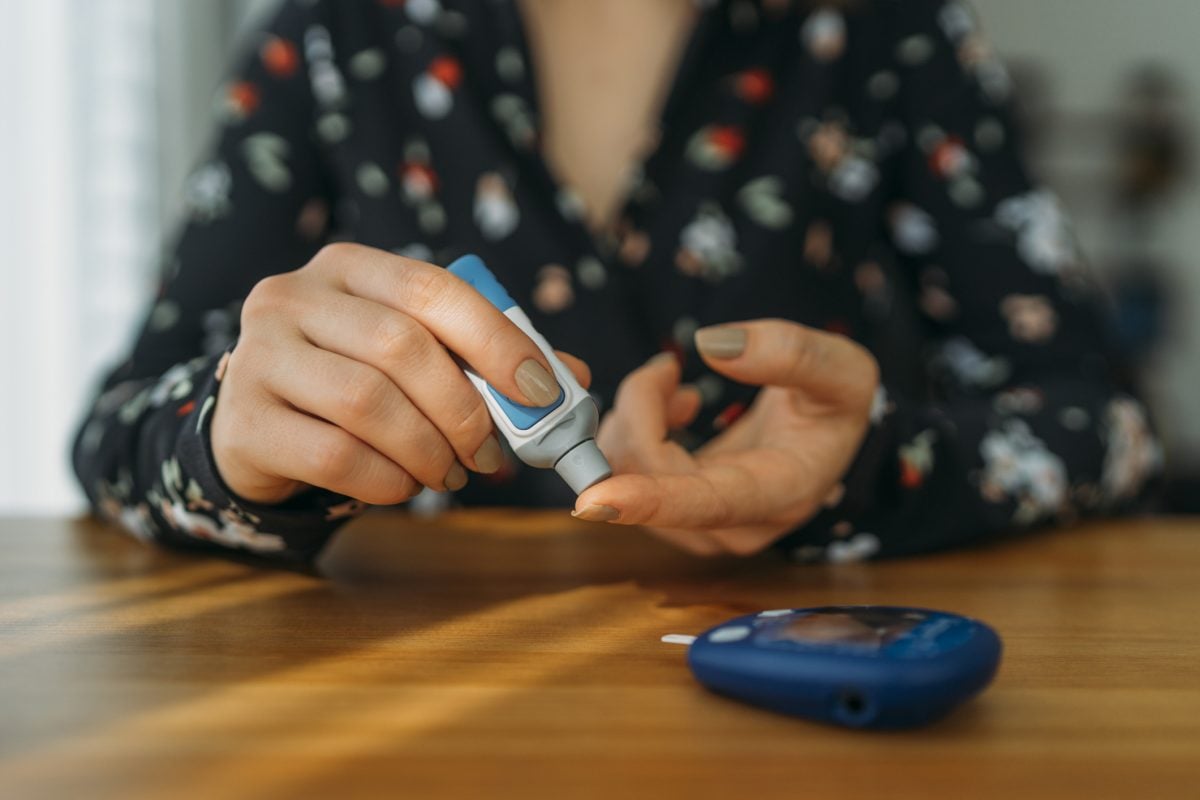 One of the largest medical concerns of the 21st century is the widespread rise of depression and depressive symptoms. Depression affects millions of people across the world, many of whom lack the resources to help them manage the condition. A 2017 review found compelling evidence that probiotics help alleviate depressive symptoms, possibly due to their effects on inflammation. Kombucha, being rich in probiotics, may help some individuals manage their symptoms. However, the review notes that there is a need for additional double-blind, randomized control trials to confirm the effects for the general population. 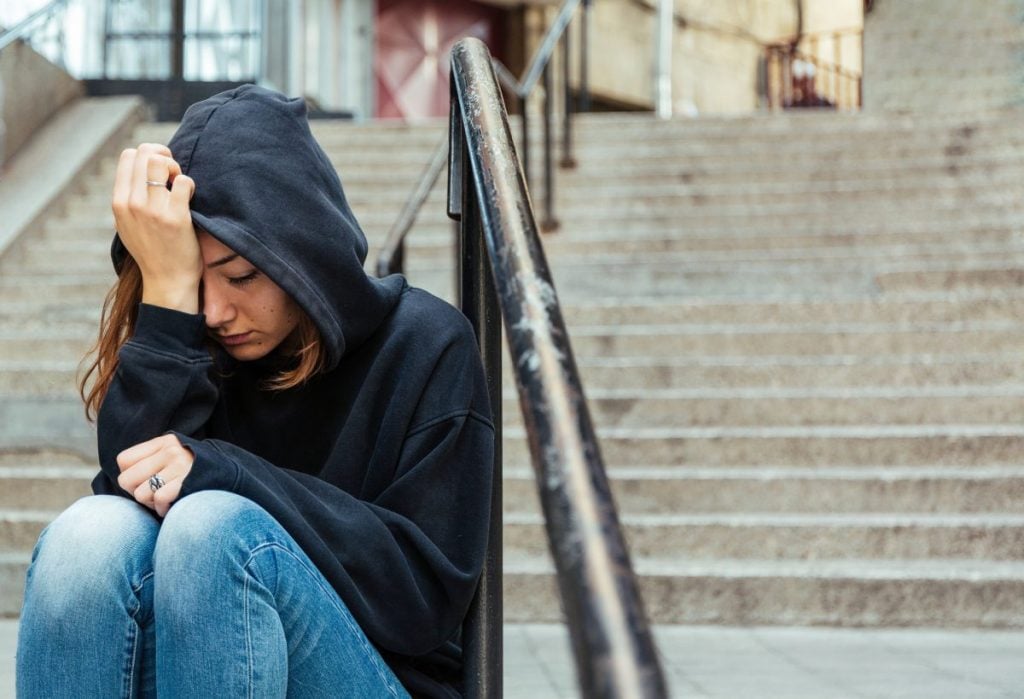 Many people claim that kombucha can help extend your life. This claim makes sense in theory, as people who choose to drink kombucha likely lead healthier lives in general. Notably, a 2000 study found that male rats who drank kombucha lived 5% longer than the control group that didn't drink it. For female rats, it was 2%. A study from 2001 showed that after drinking kombucha for 15 days, rats had fewer stress symptoms and healthier lives. More studies are necessary to confirm these effects in humans. 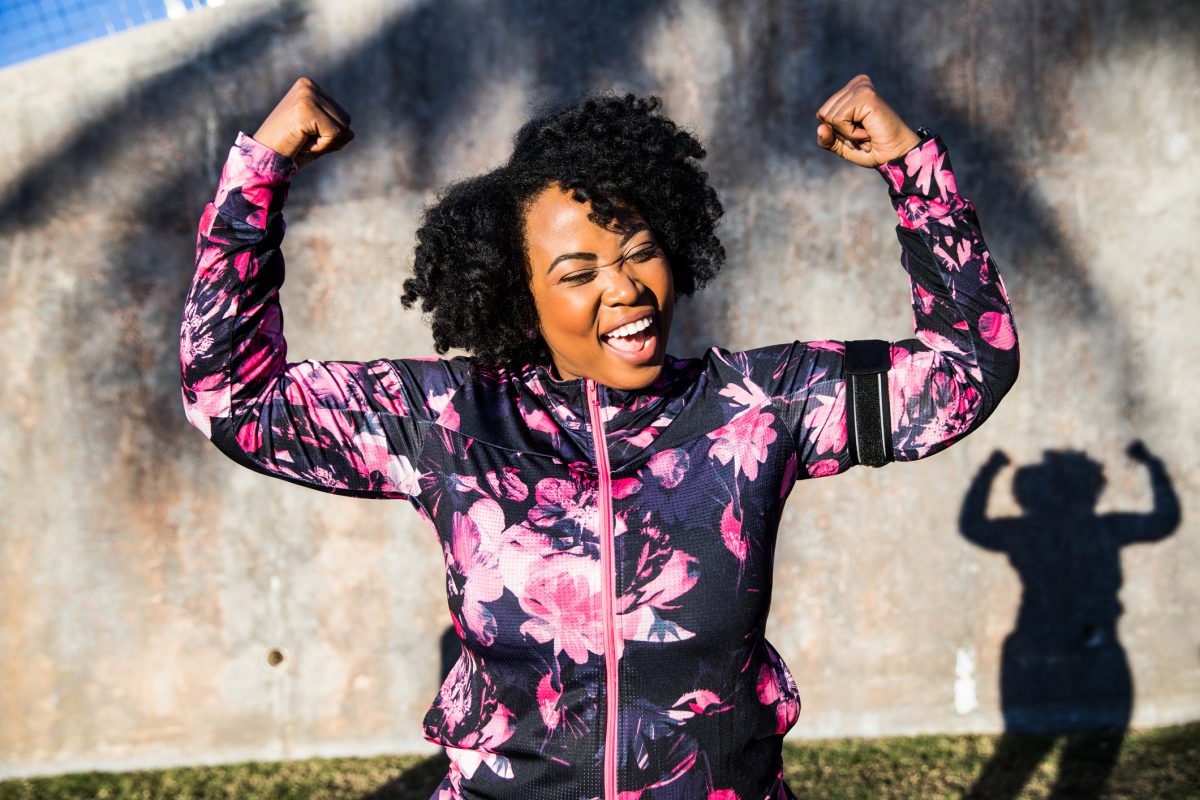 While there isn't much research focusing on kombucha's effects, it' is easy to confirm its chemical contents. By doing so, experts have learned that it may be healthy for a simple reason: it contains helpful vitamins and minerals. As the yeast breaks down sugar, it produces vitamin B1, B6, and B12. Some researchers believe that this is where many of kombucha's health claims begin. Many people are low in various B vitamins, so they would naturally feel better after fixing their nutritional deficit. 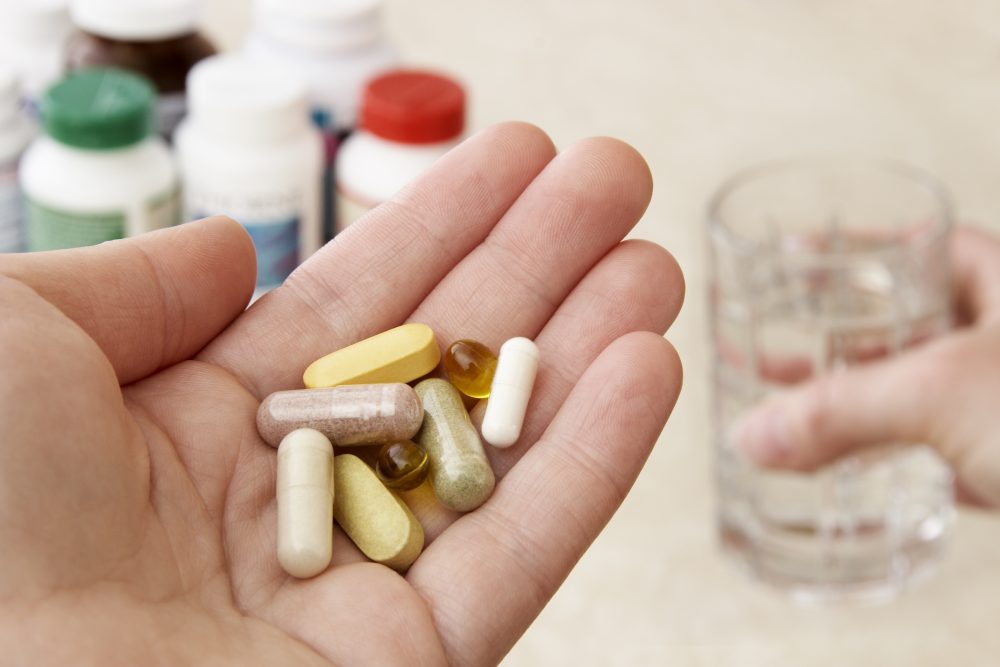 Because most store-bought brands of kombucha are pasteurized, many people claim that brewing kombucha at home is healthier. Kombucha brewed at home remains unpasteurized and it keeps all of its healthy probiotics. However, there are several risks to brewing kombucha. Notably, it requires an extremely sterile environment. Harmful bacteria can rapidly multiply during fermentation if the container is unclean, which leads to serious illnesses after consumption. There are reported cases of E. coli proliferating in unsterile kombucha brewing environments. 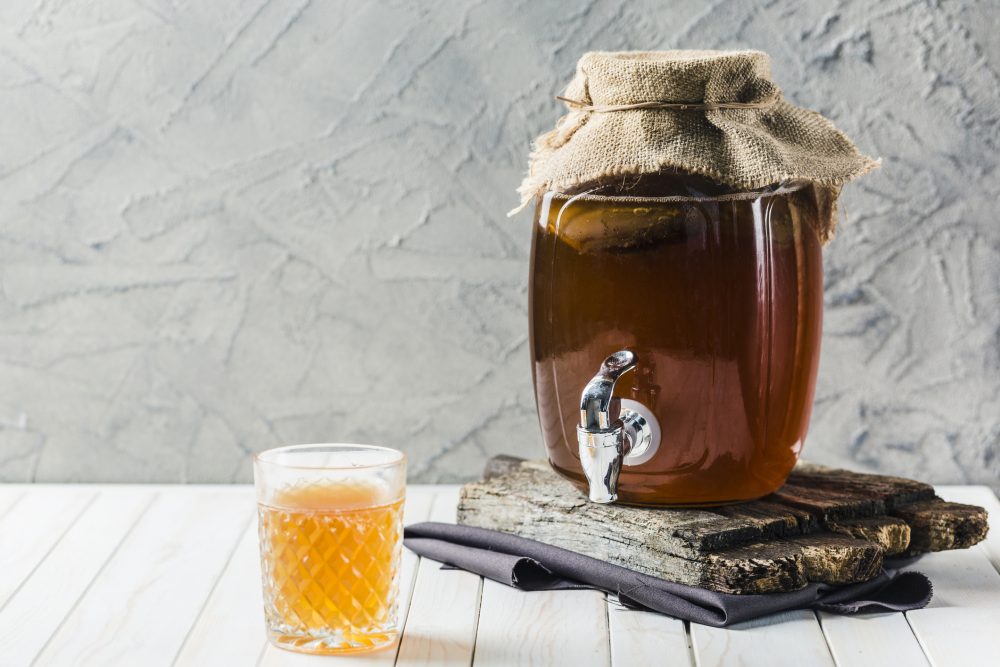 Because green tea is often the initial ingredient in creating kombucha, they have a lot of the same reported effects. Some experts suggest that kombucha may be an alternative to green tea for those who would like a similar effect but prefer the flavor of kombucha. Research links green tea to a wide range of benefits, including increased calorie burning, fat reduction, and blood sugar control. Studies also show that green tea may help reduce the risk of prostate, breast, and colon cancers. 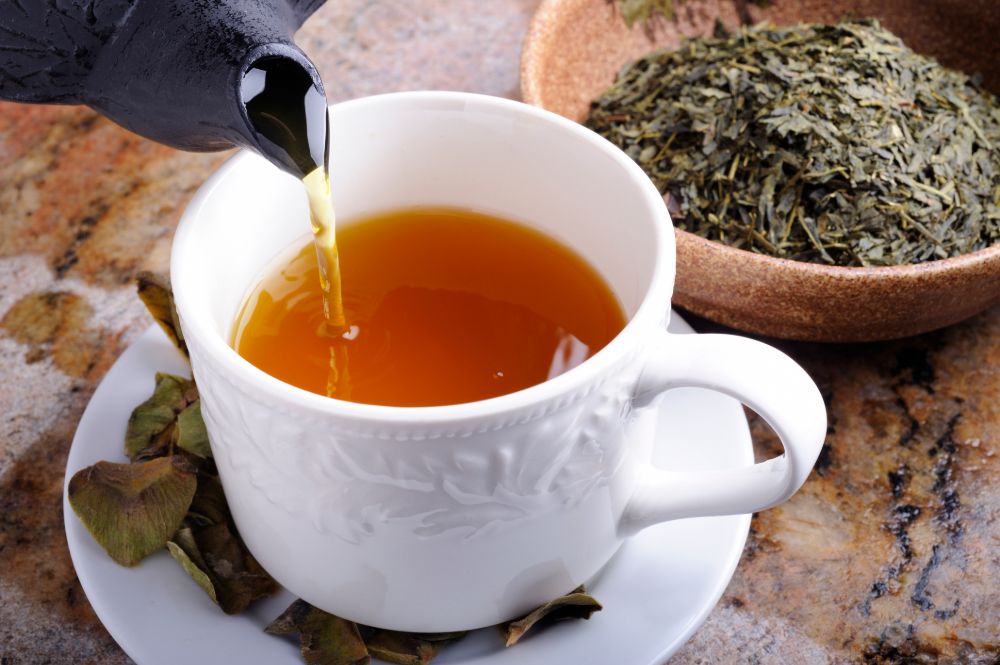 There isn't enough research on kombucha's effects on humans to confirm most claims of its benefits. However, it does contain many probiotics and may make a suitable addition to a healthy diet. While it probably won't cure your various ails, it may help alleviate certain issues when used in combination with other treatments and a healthy lifestyle in general. Plus, those who like the taste may find that it is a suitable replacement for drinks that are less healthy. It's important to note that kombucha is far from a cure-all and may pose some risks, especially for people with weaker immune systems. 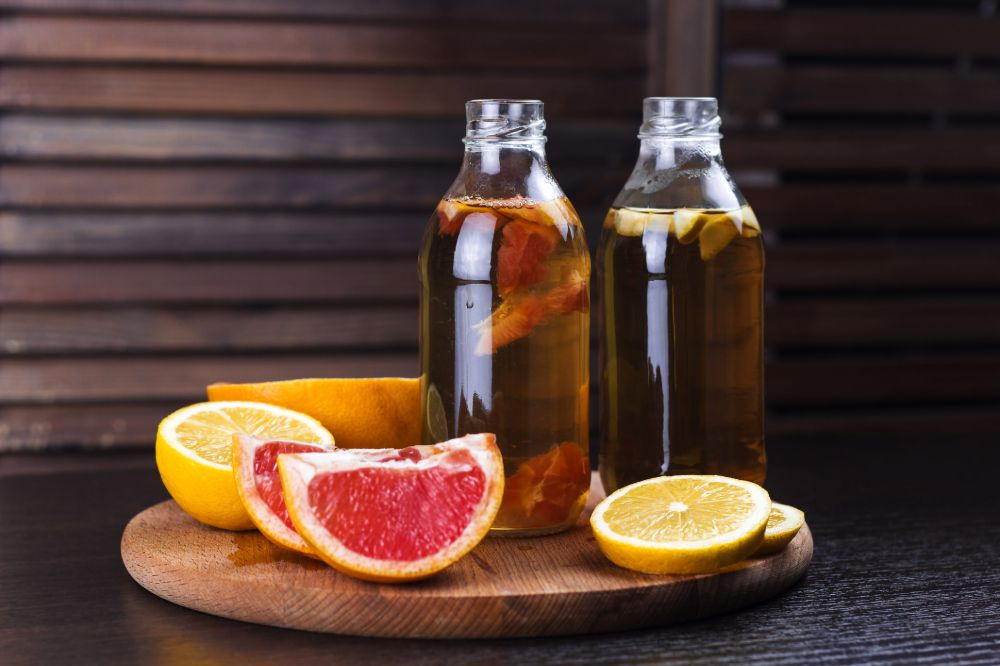