Vitamin K plays a major role in overall health. It enables the blood to coagulate or clot and is also a vital part of bone strength. The vitamin works in close cooperation with vitamin D, each boosting the effectiveness of the other. Vitamin K1 exists mostly in vegetables, and vitamin K2 is prominent in dairy products and other animal-based foods. People with longstanding vitamin K deficiencies are in danger of developing certain health issues such as cardiovascular disease, cognitive decline (including dementia), osteoporosis, and tooth decay. Too little vitamin K can also contribute to developing prostate cancer, lung cancer, liver cancer, and leukemia, as well as pneumonia and other infectious diseases. Foods high in vitamin K will keep the blood healthy and the bones strong.

This leafy green from the cruciferous family offers nearly seven times the daily recommended intake (DRI) of vitamin K in just a one-cup serving. It also provides more than enough of the DRI of vitamins A and C. Kale contains antioxidants that help fight free radical damage in the body. Lutein, one such antioxidant, helps protect the eyes from light damage. Other leafy greens that provide more than one hundred percent of the DRI of vitamin K per cup are parsley, cooked beet greens, sauteed mustard greens, Swiss chard, and spinach. 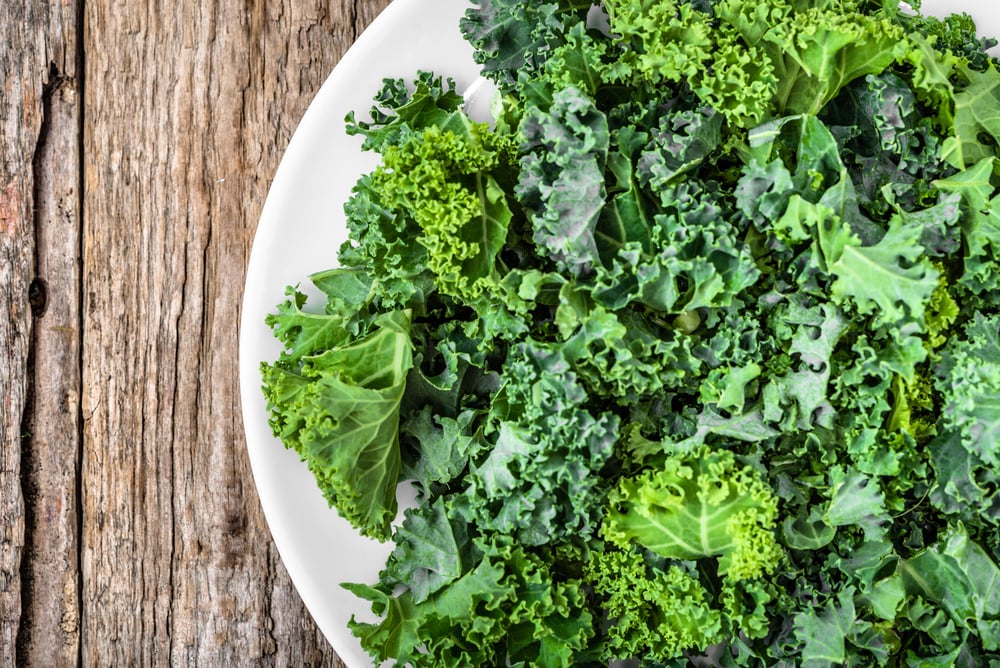 This traditional Japanese food made from fermented soybeans is an acquired taste but offers a varied nutrient profile that includes vitamin K2. Postmenopausal women may need to increase their vitamin K intake to maintain bone density and prevent osteoporosis. One cup of natto provides about half the DRI of vitamin K on a 2000 calorie diet. It has a substantial amount of protein and minerals, as well, including manganese, iron, copper, magnesium, calcium, potassium, zinc, phosphorus, and selenium. Natto also contains vitamins B6 and C, folate, riboflavin, and thiamin. 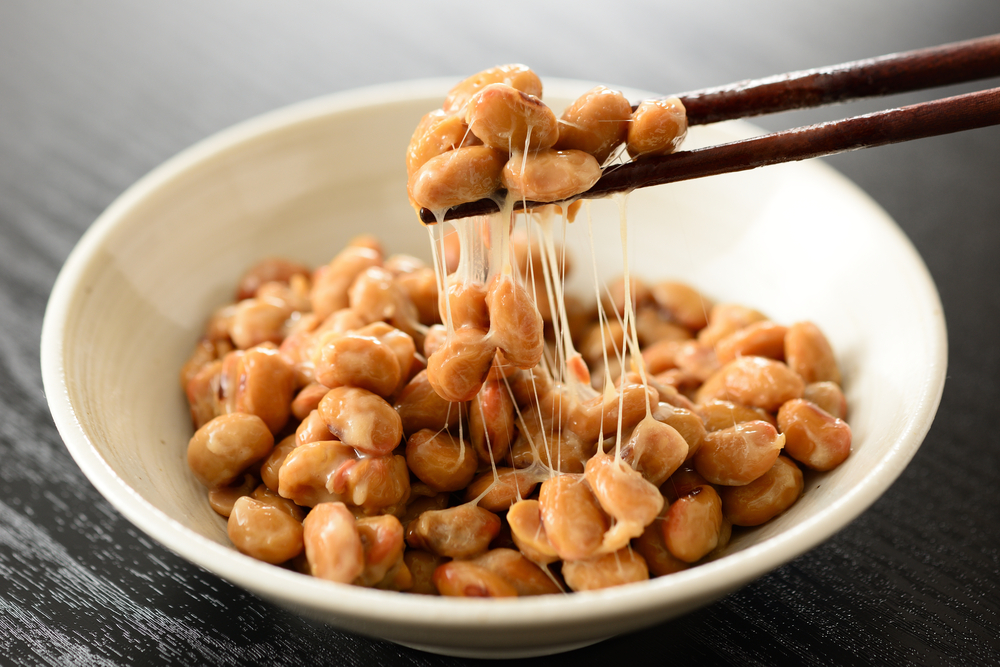 This cruciferous vegetable is nutritious and low in calories. Compared to other vegetables, it is also surprisingly high in protein. Just half a cup of Brussels sprouts meets the average vitamin C and K needs for the day. Brussels sprouts have earned a place in the top 20 most nutritious foods with the highest ANDI scores (Aggregate Nutrient Density Index). They won this distinction due to their impressive vitamin, mineral, and phytonutrient content. 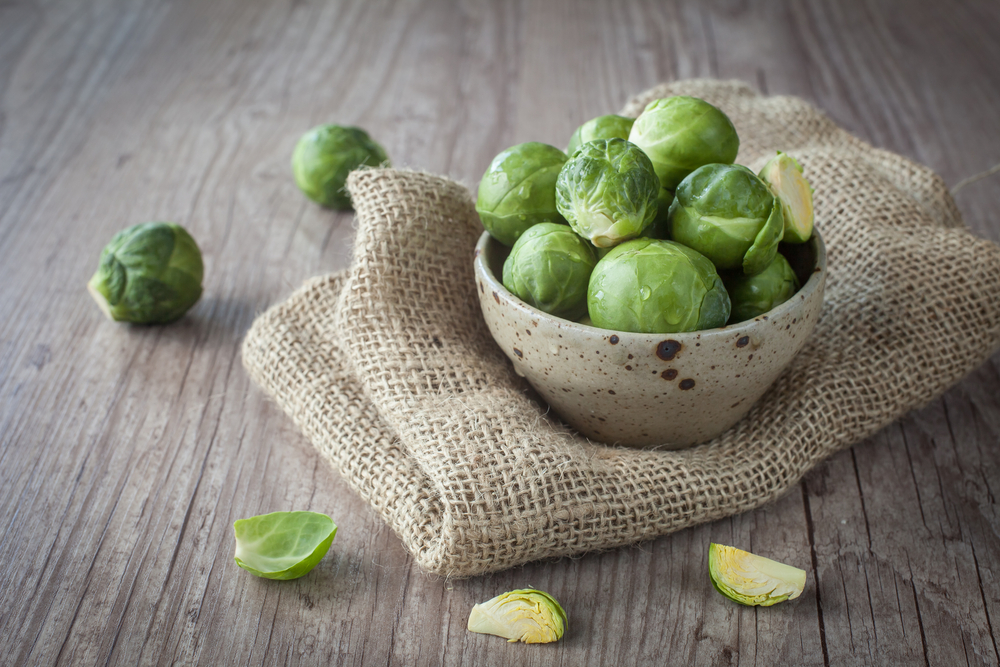 A one-cup serving cup of raw, chopped broccoli provides 116 percent of the DRI of vitamin K on a 2000 calorie diet. This incredibly nutritious food has lots of essential vitamins and minerals, including vitamins A and C, folate, potassium, and manganese. To get the most nutrients out of broccoli, eat it raw or lightly steamed. The longer the vegetable is cooked via a method like boiling, the more nutrients leach out. 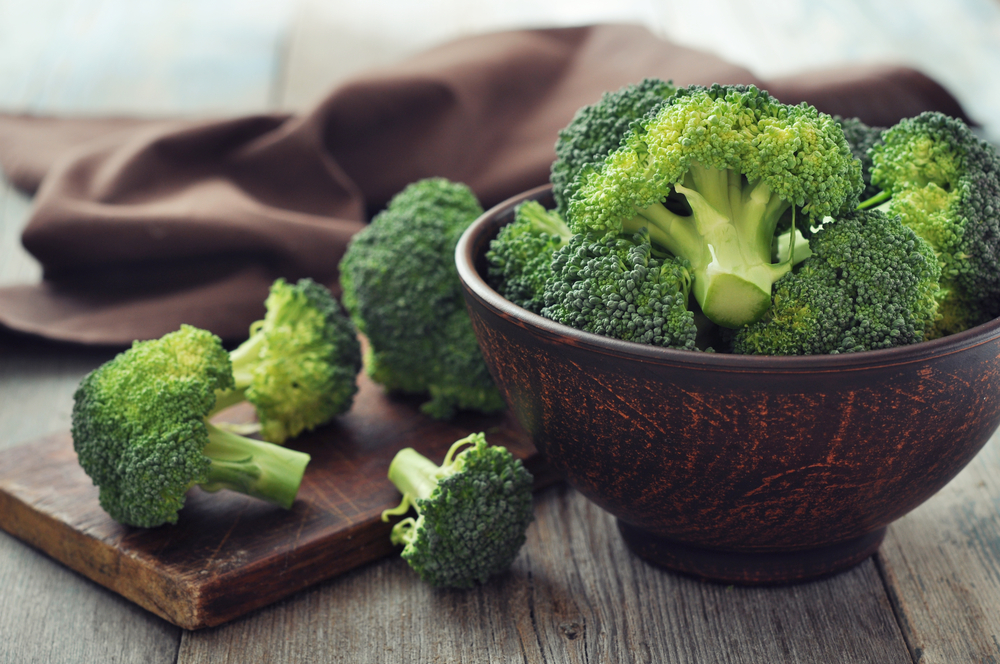 Another cruciferous vegetable high in vitamin K, cabbage provides 85 percent of the DRI in a one-cup serving. Research shows cabbage is an important factor in reducing the risk of type 2 diabetes. There are plenty of flavonoids and phenols in cabbage, which provide antioxidant benefits that may reduce the risk of cardiovascular disease. Cabbage is available in many forms, including red and green leafy cabbage, and crunchy Napa cabbage. Bok Choy is a popular cabbage in Asian dishes. 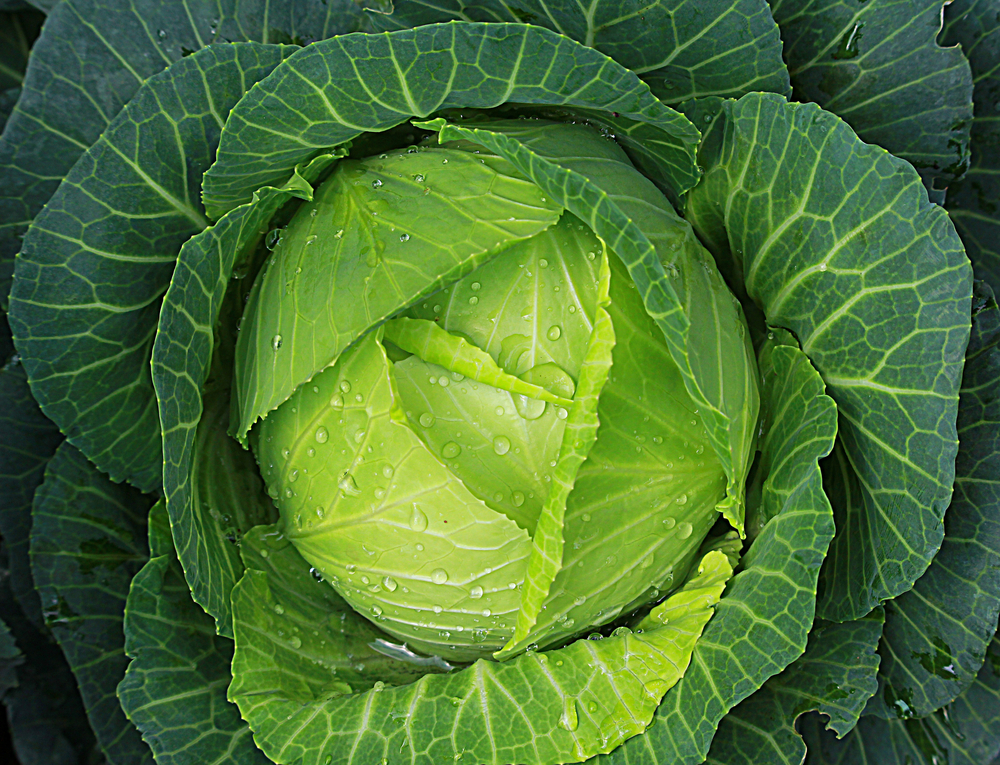 Though scallions or green onions are not nutrient powerhouses like some of the foods on this list, they are high in vitamin K and some other nutrients. A two-tablespoon serving contains more than thirty percent of the daily recommended allowance of vitamin K. They also contain a helpful amount of vitamin A. 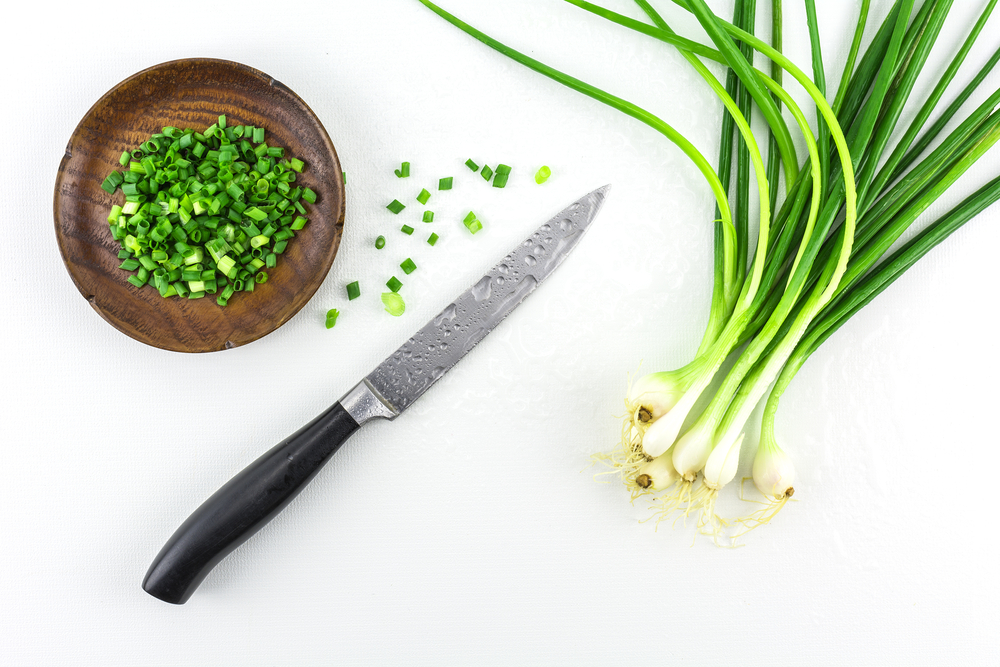 This dried fruit is commonly known for its laxative effect, but it can do more than just keep you regular. A half-cup serving of prunes contains 65 percent of the DRI of vitamin K and significant amounts of vitamins A and B6, riboflavin, niacin, potassium, magnesium, copper, and manganese. Studies show that prunes may fight bone density loss from radiation. Another study on postmenopausal women demonstrated that regular consumption of prunes could prevent bone mass loss connected to osteoporosis. 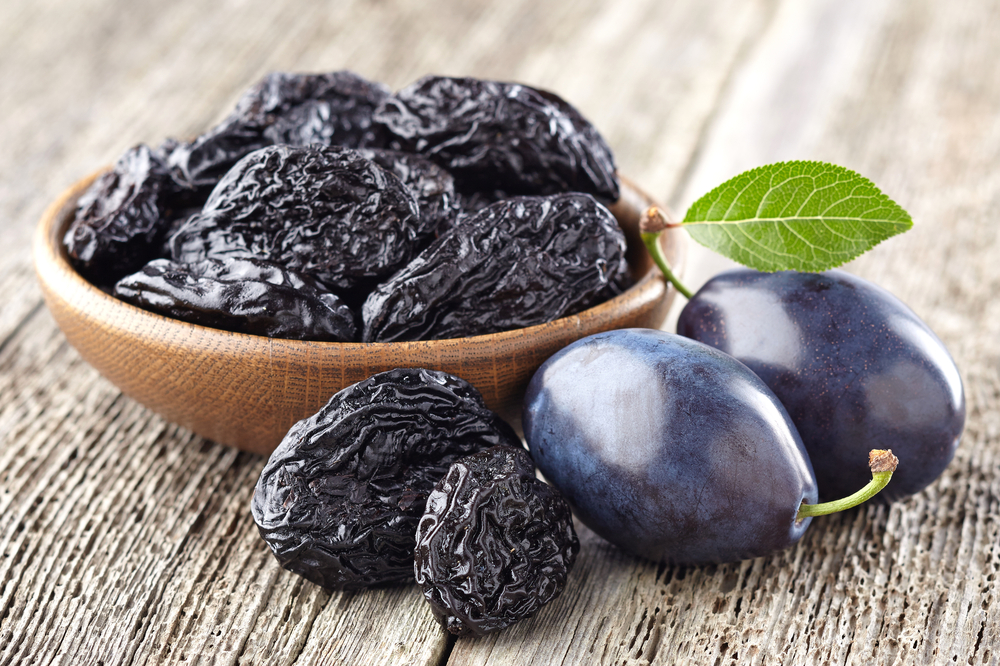 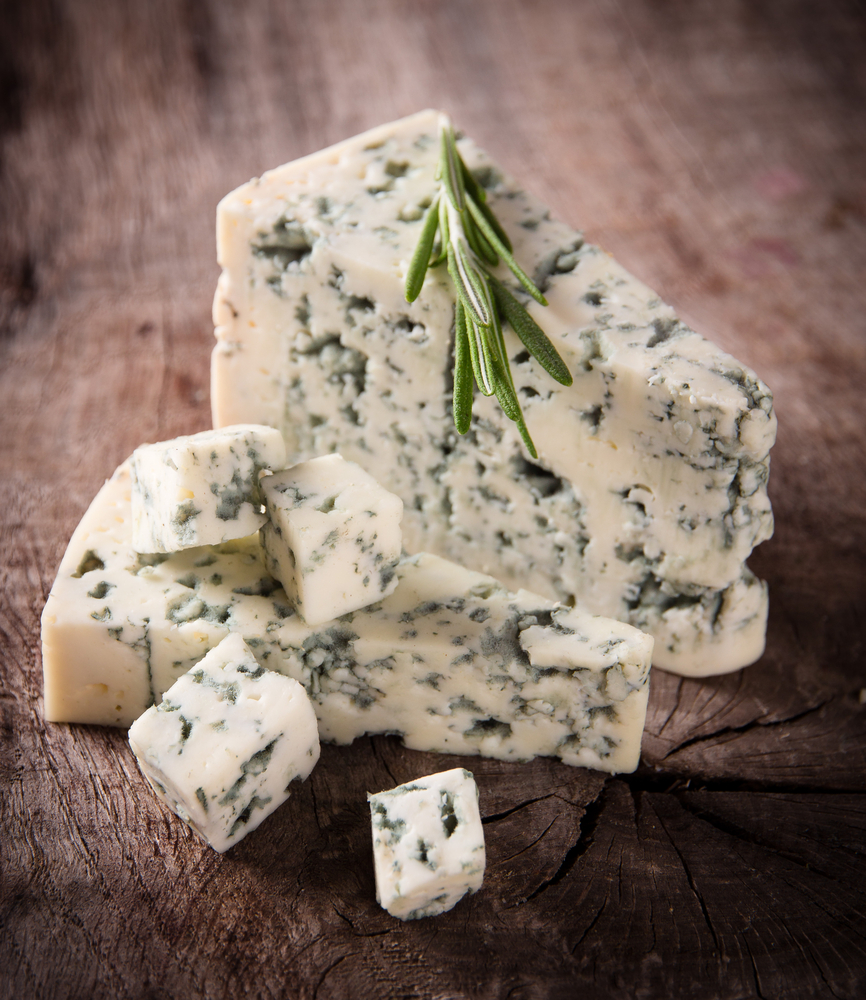 Asparagus is a great source of vitamin K. A single serving -- four large spears -- offers about 35 percent of the daily recommended intake of vitamin K, as well as a healthy amount of folate and B vitamins. Asparagus is full of nutrients and antioxidants that help boost cognitive function and keep the urinary tract healthy. It also contains healthy dietary fiber, which can aid weight loss by making you feel fuller longer and helping digestion flow smoothly. 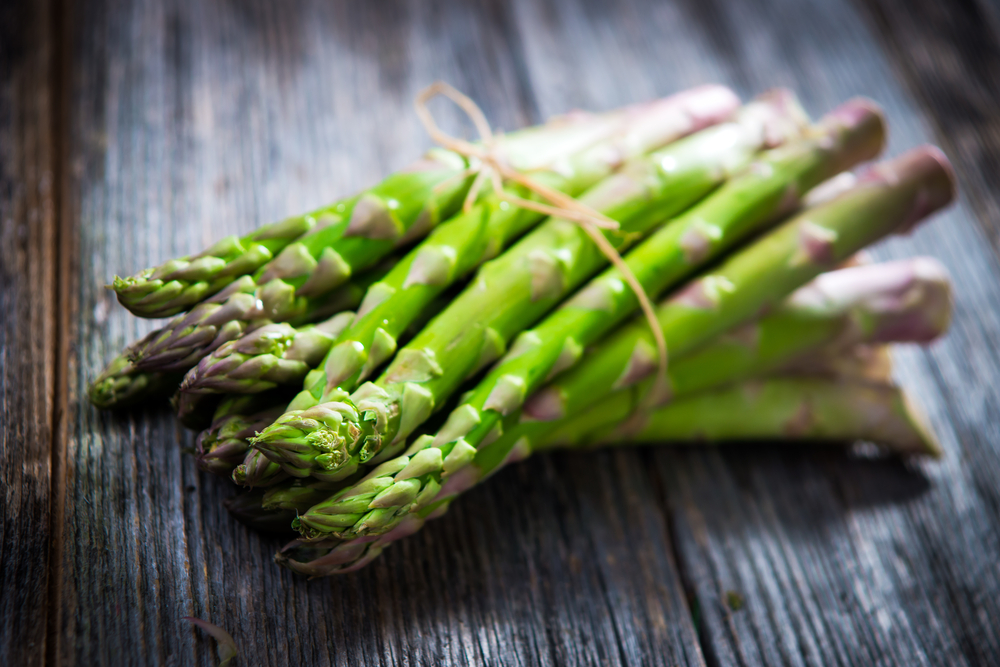 Two tablespoons of fresh chopped basil contain 27 percent of the DRI of vitamin K, and just one tablespoon of the dried herb offers 96 percent. Other herbs that contain vitamin K include dried sage and thyme, fresh parsley, dried cilantro and parsley. 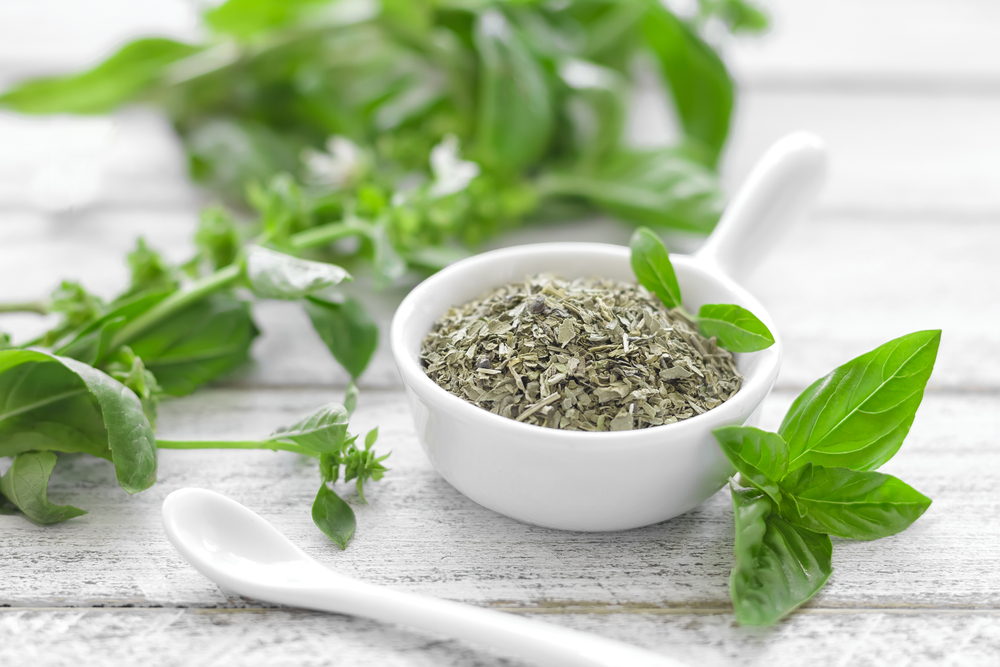 One cup of edamame contains 52 percent of the DRI of vitamin K in one single-cup serving. The young soybeans also deliver folate, vitamin C, thiamin, magnesium, phosphorus, potassium, copper, and manganese. The trace minerals in edamame balance electrolyte levels in the body and contribute to heart health and digestion. Studies show edamame may help lower cholesterol, reduce the risk of breast and prostate cancers, and reduce menopausal symptoms and bone loss. 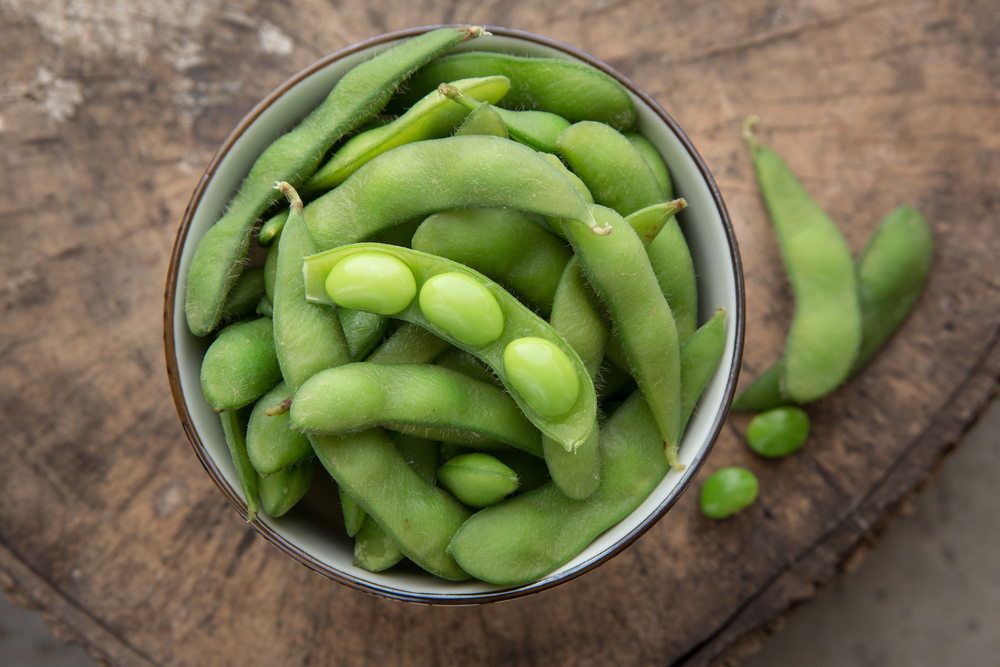 One cucumber (with the skin) contains up to 62 percent of the DRI of vitamin K. The veggie also packs in vitamin C, manganese, potassium, and manganese. Cucumbers have been shown to fight inflammation and support digestive health. They're high in dietary fiber and have a high water content, making them a great addition to a low-calorie diet. They can help keep you fuller longer and ensure that your digestive system functions at an optimum level. 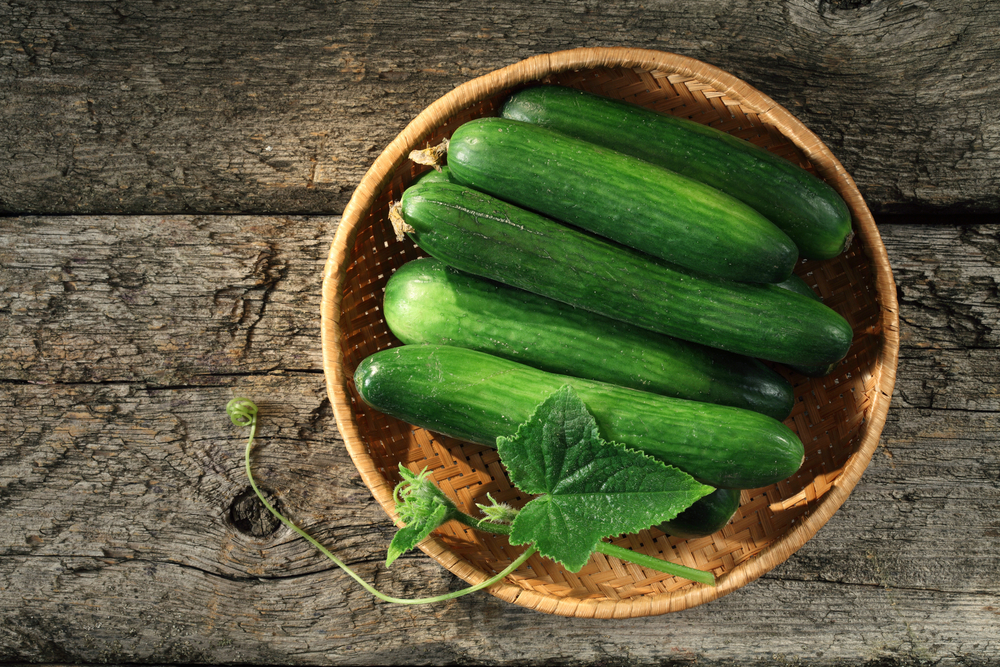 Recent studies have uncovered the numerous health benefits of olive oil. One tablespoon offers 10% of the RDI of vitamin K, which may not sound like a lot, but the benefits don't stop there. Olive oil has been called the "healthiest fat" because of its anti-inflammatory, anti-cancer, and cognitive-boosting properties. It is best eaten raw, so drizzling it over salad or cooked pasta is the best bet. 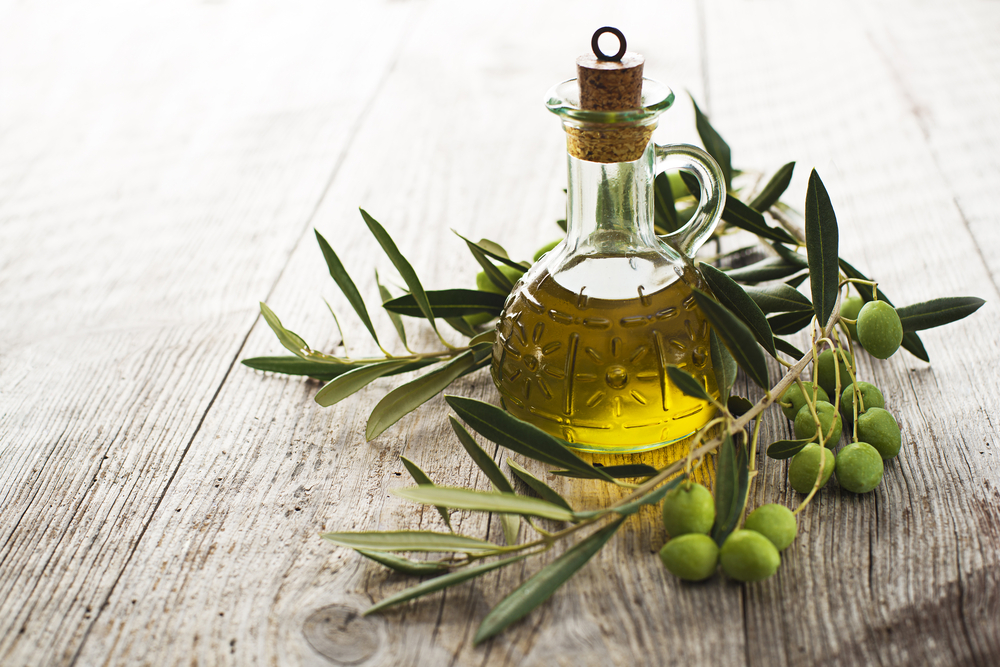