Spirulina is a blue-green algae found around the world, from North America to Africa. The intensely flavored plant is considered a superfood because of its robust nutrition profile. Thousands of peer-reviewed articles detail its health benefits. Dietary supplements abound, with options to consume tablets, flakes, and powders, which many people mix into smoothies to benefit from spirulina's many assets.

Did you know taking spirulina can increase your energy naturally? Dr. Mehmet Oz has explained the science behind the blue-green algae. He recommends mixing a teaspoon of powdered spirulina with 12 ounces of lime juice and freezing it in ice cube trays. This unique concoction can work as an energy enhancement because the cold ice will boost your metabolic energy and give your body a wake-up call as the spirulina and lime unlock sugars from the cells. 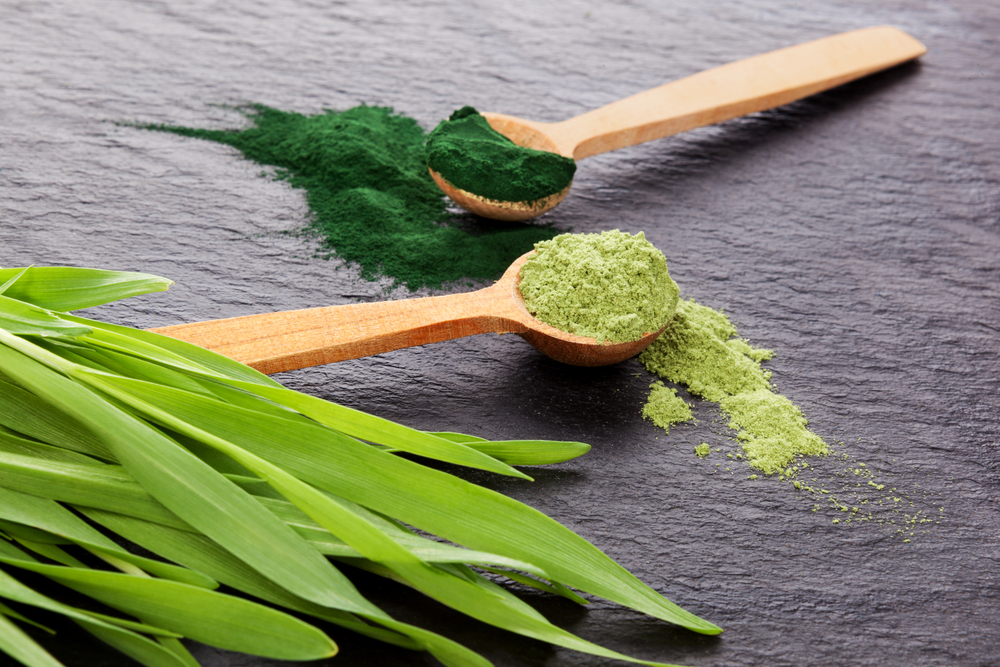 Eating spirulina and other nutrient-dense, protein-rich foods can help promote weight loss. The blue-green algae make this possible because it takes more energy for your body to metabolize it. Thus, eating a diet rich in protein can help contribute to fat burning and maintain lean tissue. Add a side of algae to your lunch. 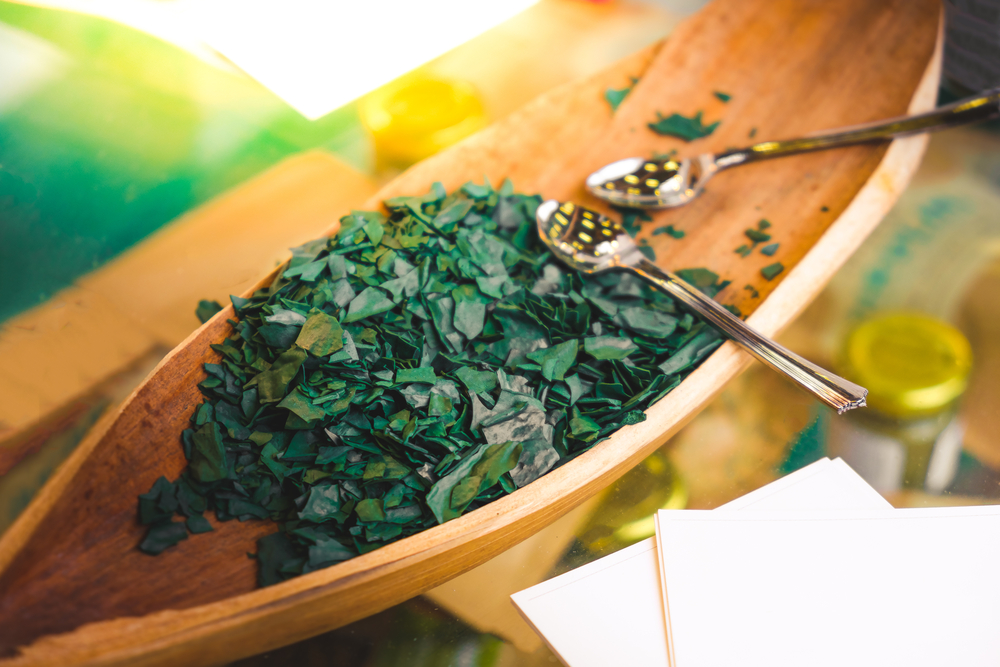 Hay fever, also known as allergic rhinitis, and other seasonal allergies can interrupt your daily life. You might benefit from spirulina. It can alleviate sinus problems because it reduces the inflammation. If you deal with sneezing, nasal discharge, and congestion, you should consider taking spirulina supplements. They might be able to reduce your symptoms. 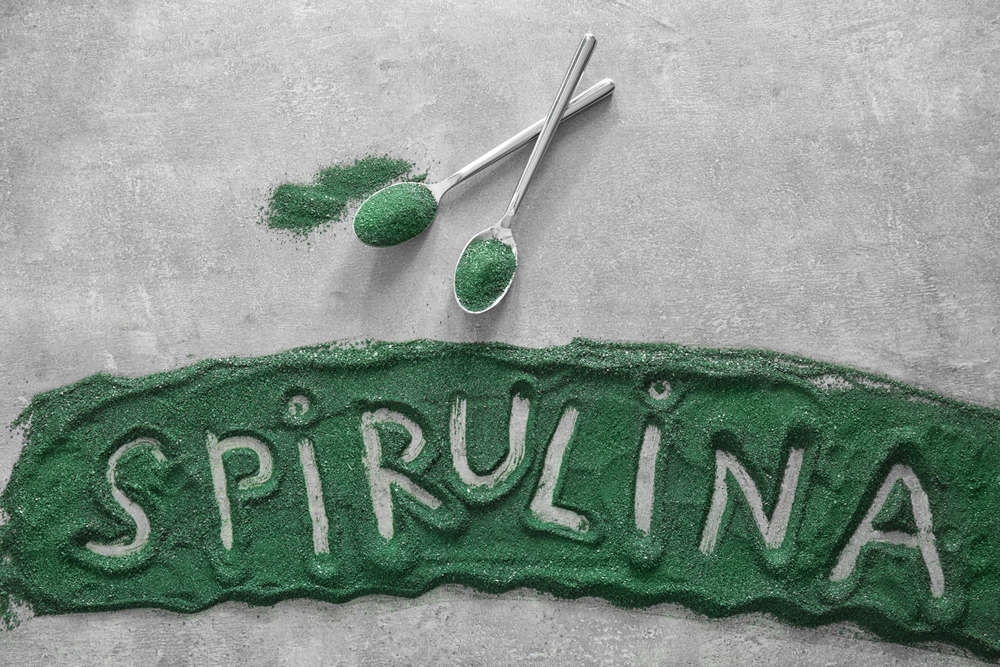 Chronic arsenic poisoning is a problem throughout the globe from the Far East to the United States. A study with 24 patients affected by this particular toxin took a 250-milligram extract of spirulina along with two milligrams of zinc twice a day. Another 17 had a placebo. At the end of the trial, those who took spirulina decreased the arsenic in their bodies by 47 percent, which was significantly more effective than the placebo. 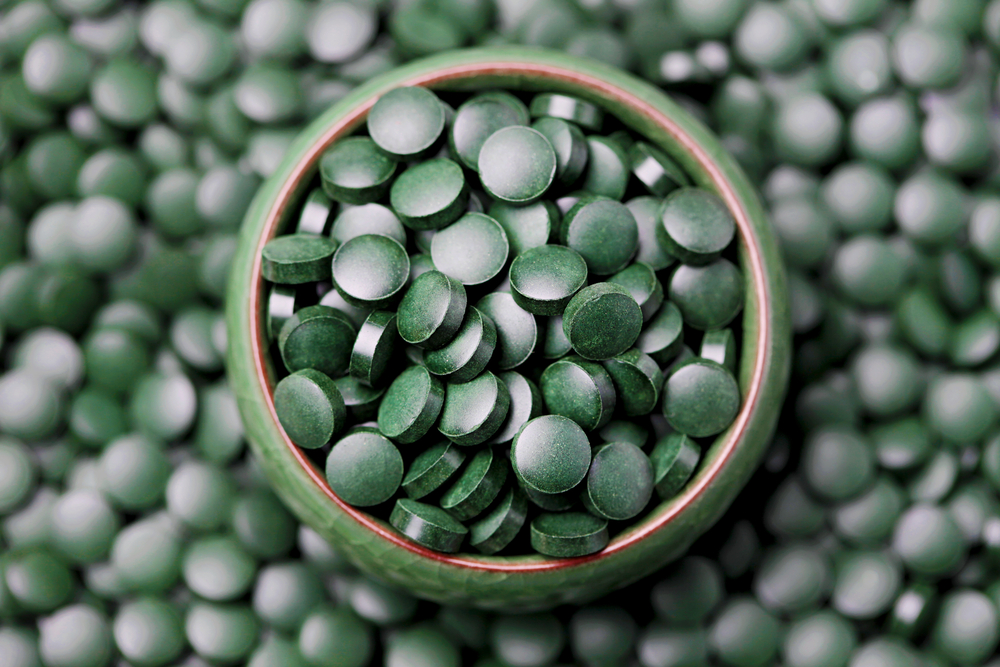 The pigment phycocyanin has anti-hypertensive effects, which means it can lower blood pressure. Besides that, it might help with metabolic syndrome, which can increase the chance of developing diabetes, stroke, and heart disease. Although more research is needed, Japanese scientists claim the blue-green algae help reverse the endothelial dysfunction in metabolic syndrome. Spirulina is a rich source of phycocyanin. 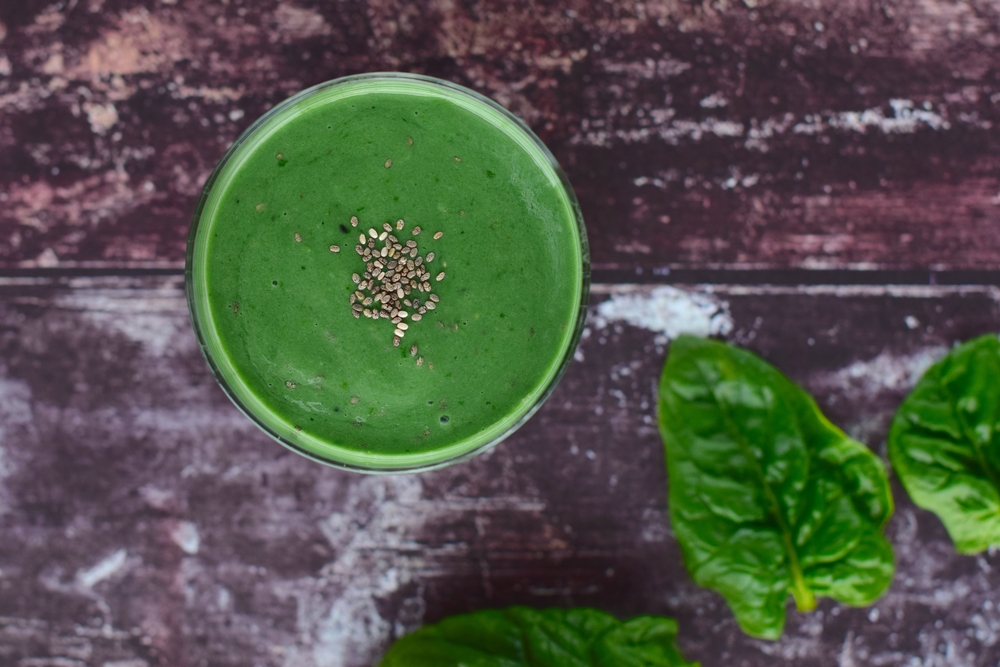 The Journal of Nutritional Science and Vitaminology published an animal study that revealed taking more spirulina would help lower bad LDL cholesterol levels. Rabbits that took more spirulina also saw a higher decrease in total cholesterol and triglycerides. In turn, taking the blue-green algae might also be successful at preventing atherosclerosis and other diseases related to high cholesterol. 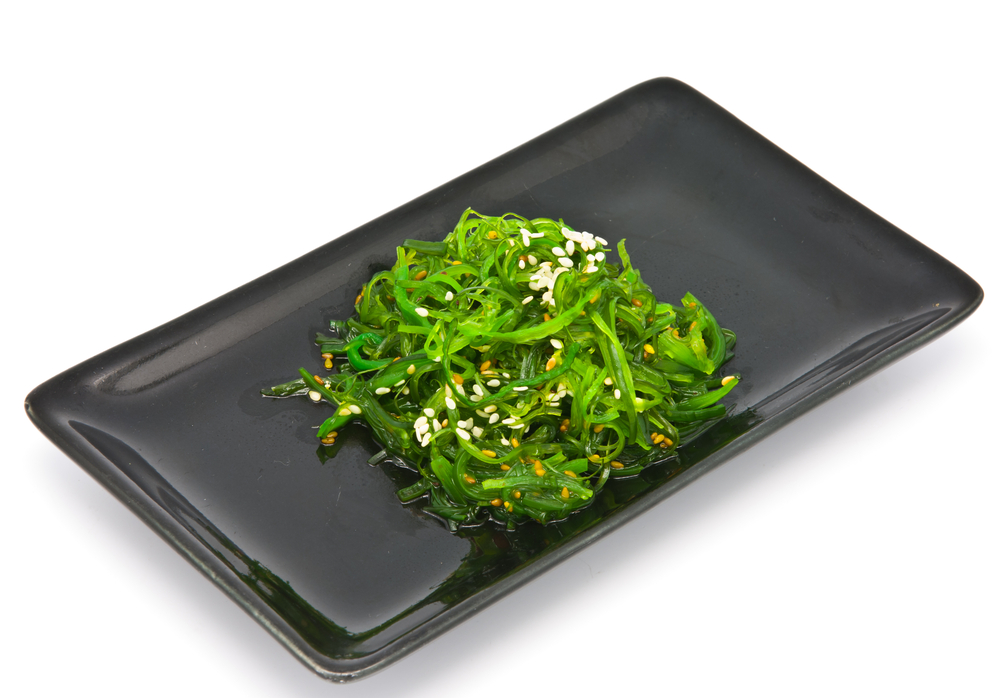 Your body needs a healthy balance of microflora in the stomach. Candida is natural yeast found in the body. However, it can lead to an invasive infection known as candidiasis. This imbalance and others such as leaky gut syndrome can contribute to poor digestion and health. Spirulina might be able to help. It promotes the growth of healthy bacterial flora, which can stop candida from overproducing. Spirulina might even be able to eliminate candida cells from the body altogether. 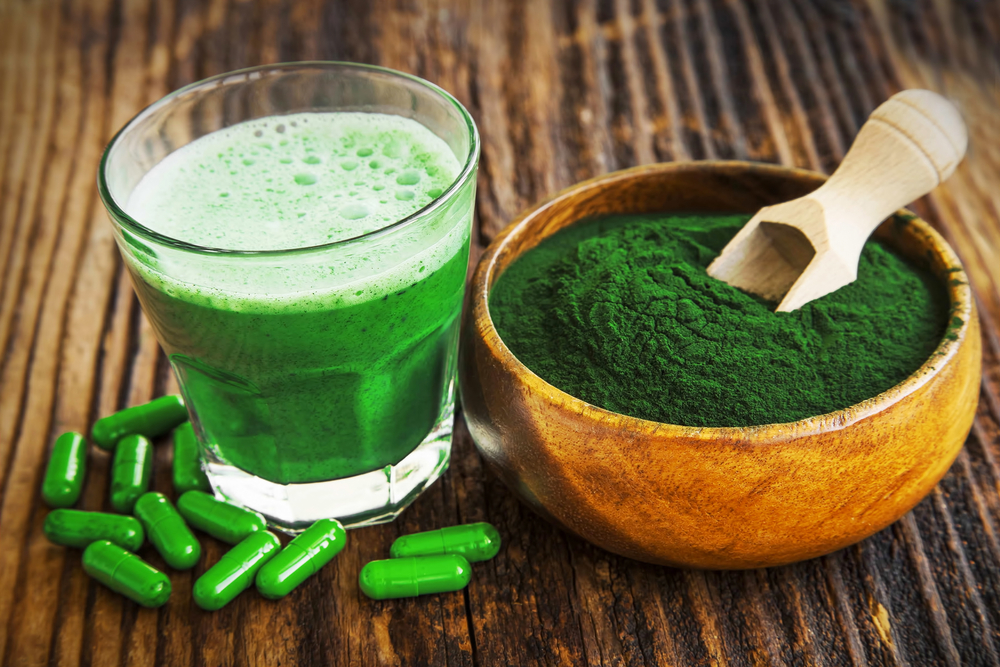 The Journal of Applied Phycology published a 2012 study that revealed how eating algae might help with HIV / AIDS. A study of 11 patients who had never received antiretroviral drugs was split into three groups. One group ate five grams of brown seaweed, another consumed five grams of spirulina, and the third at a combination of the two. Three months later, the findings showed there were no adverse effects from consuming the algae. Also, the CD4 cells and HIV-1 viral load remained stable. One patient continued with the clinical trial and improved his symptoms of HIV / AIDS naturally over time. 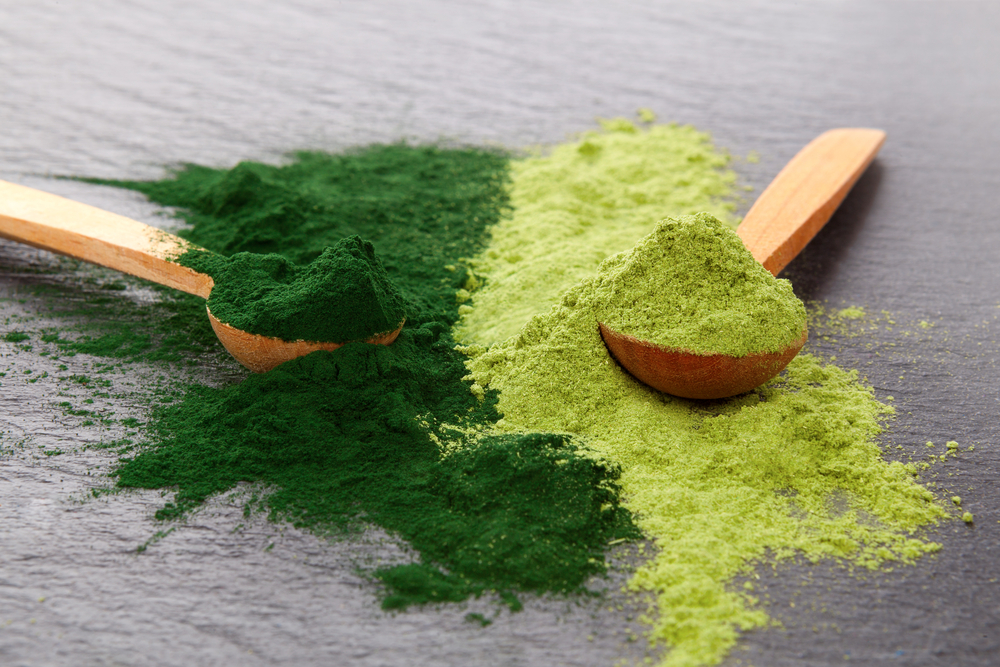 Over 70 peer-reviewed articles have detailed how spirulina affects cancer cells. Among the publications, University of Maryland Medical Center suggested that the blue-green algae could increase the production of infection-fighting proteins, antibodies, and other immune-boosting cells to help combat chronic illnesses. Spirulina may be consumed not only as a way to prevent cancer but as a natural way to treat it. 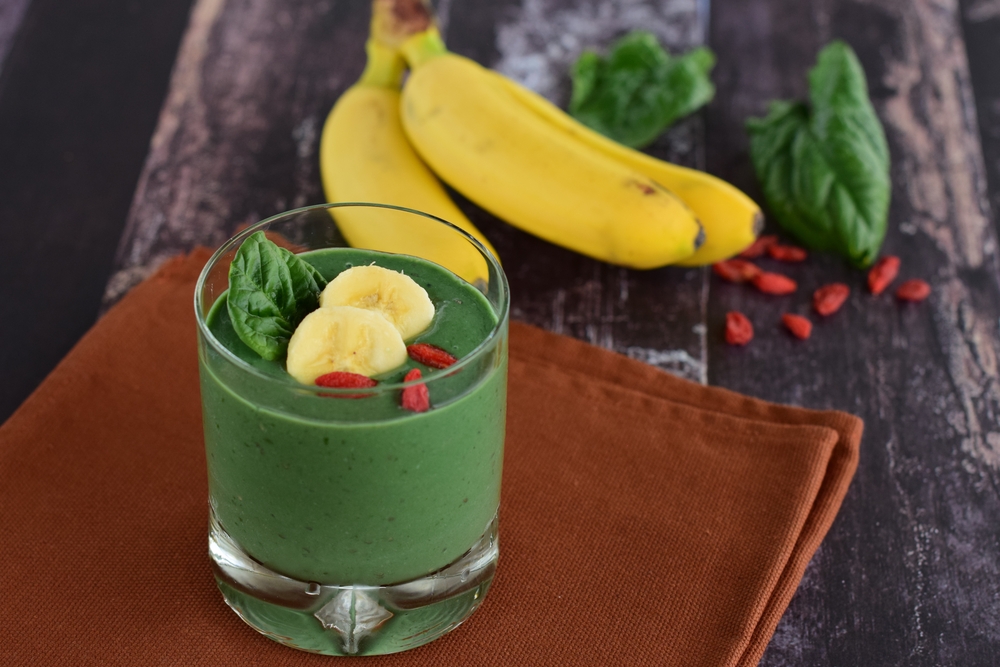 Although spirulina might have the ability to reduce blood pressure and cholesterol levels, it can also lower the chance of stroke even more. A study revealed that spirulina decreased the surface of the intimal aorta by about 33-48 percent. This suggests another reason why the supplement can prevent atherosclerosis or a subsequent stroke. These studies were done with animals, but you might be able to reverse the damage of a poor diet by taking spirulina on a regular basis. 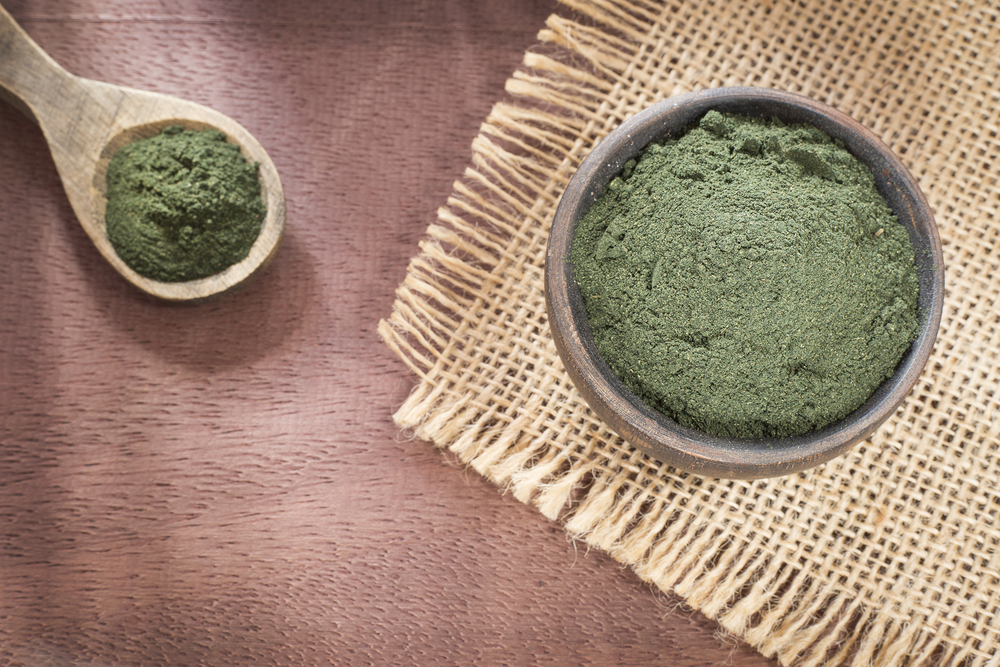