Almond milk is plant-based milk that anyone can easily produce. Almonds are soaked in water and then put in a blender with more water. Strain the liquid with a cheesecloth or something similar, and the milk remains. This milk contains 0 cholesterol and lactose, which allows lactose-intolerant individuals to ingest it with no problems. One thing that makes almonds valuable is how hard it is to grow them. On average, a regular almond will consume up to 1.1 gallons of water until it fully grows. As a result, it isn't as common as regular milk. Most of the available kinds come with numerous vitamins. The enrichment of healthy substances in almond milk is almost always part of its production. Still, almond milk makes up for two-thirds of plant milk on the market. Many consumers still wonder though, what are the actual health benefits?

As stated previously, many individuals have problems related to lactose and can't ingest cow milk. Almond milk is a plant milk, and it is thus entirely rid of lactose. This beverage offers a close taste of milk to anyone that can't experience it without consequences. The only type of people that almond milk can't help is those with nut allergies. Otherwise, it is an excellent choice for milk replacement. Almond milk is also recommended to those with high blood sugar, as it usually improves their condition overall. 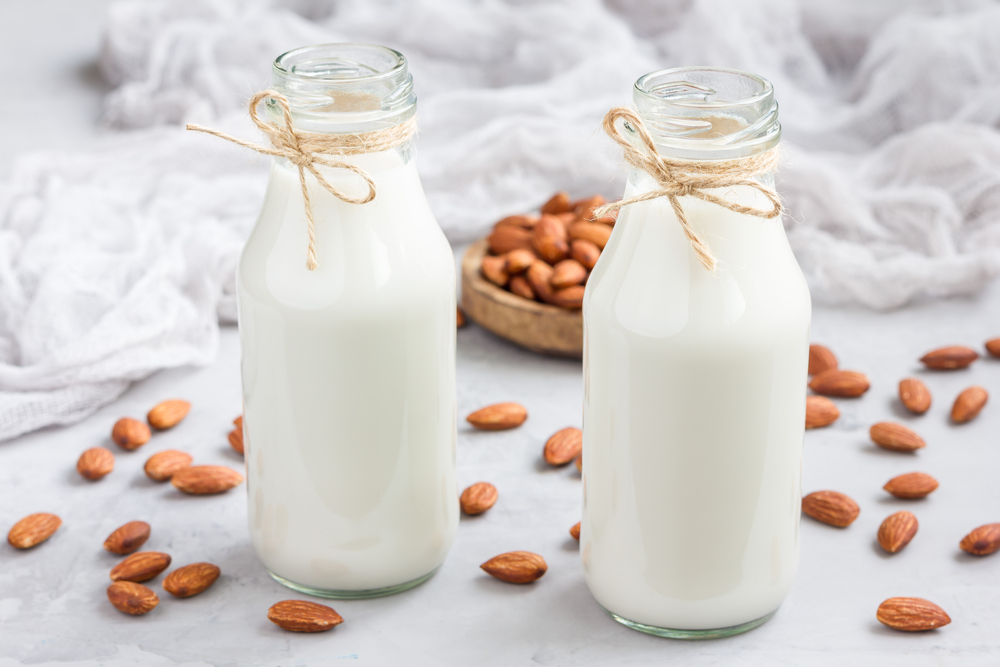 Just like cow milk, almond milk contains a good portion of calcium. This vitamin is necessary if one means to keep their bones hard and healthy. It contains only 2% calcium, unlike cow milk, which has way more. However, the 2% is more than enough for a healthy bone boost every day. Those suffering from bone-related conditions can always rely on almond milk and its favorable effect. Also, athletes with various injuries can drink almond milk on a daily basis to help their bones heal faster. After almond milk treatment, the bones will be both healthy and stronger than before. 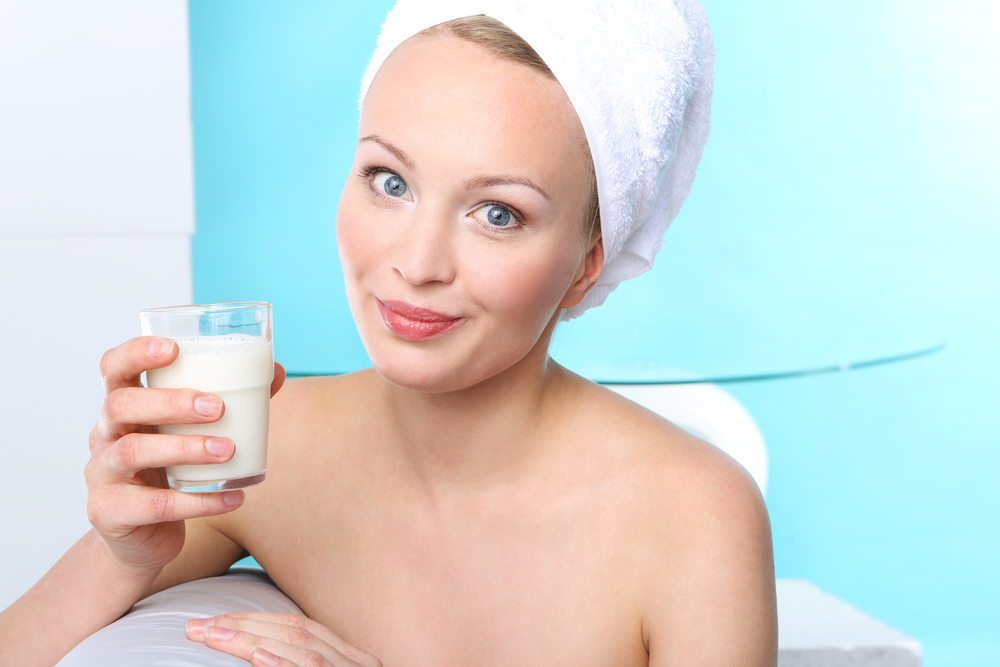 Whenever we inhale oxygen, our bloodstream gains free radicals. They are the opposite of antioxidants in our bodies, and they cause premature aging. And not only that, free radicals enhanced overall cell extinction. This means that someone with lots of free radicals and too little antioxidants is at risk of cancer. Almond milk represents a great source of antioxidants. As such, it can quickly bring the body back into radical balance. Those that have too many antioxidants in their bodies will feel a change in less than a week. 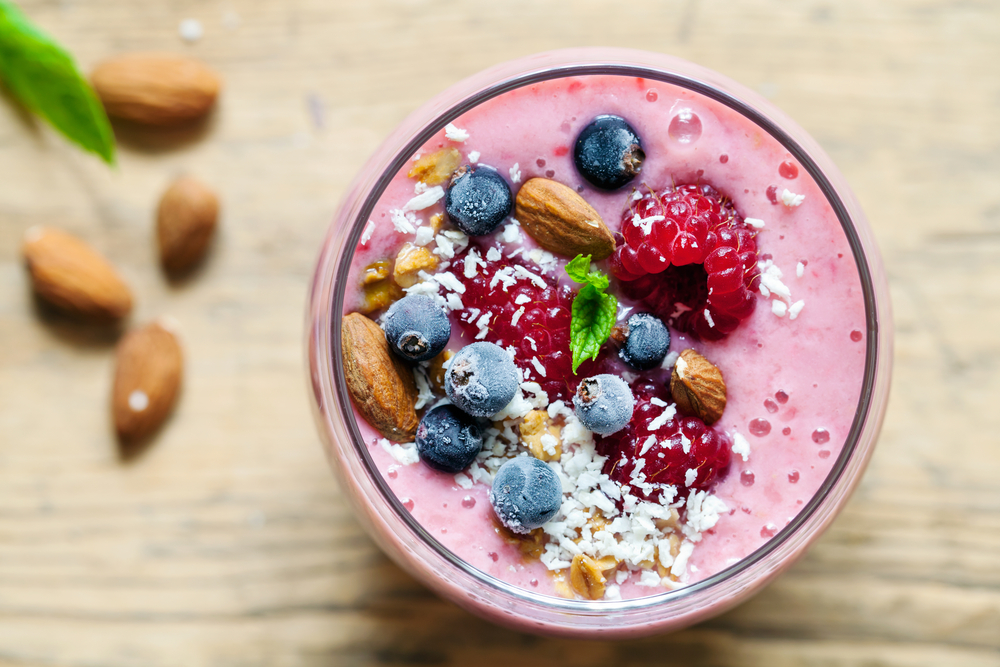 Since there's no cholesterol in almond milk, unlike most other plant milk, those with heart problems can enjoy it. High cholesterol is very bad for the overall function of the body. Those with high cholesterol usually enjoy fast food and other unhealthy ingredients. Individuals with increased body weight and cholesterol are at a much greater risk of stroke. Numerous heart diseases can be made less severe or sufficiently remedied with this milk. Even though there is no cholesterol in it, the beverage provides many benefits. 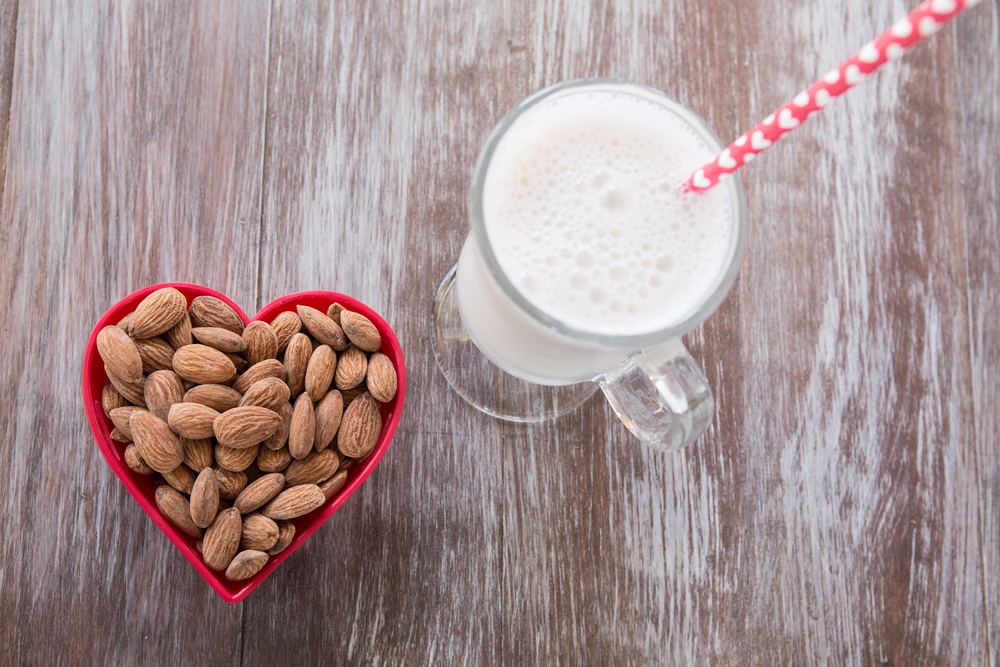 Unlike steroids, almond milk will contribute to natural muscle growth in combination with training. Of course, the training is necessary because no results come without an effort. However, with this milk, the consumer needs to pay way less for almost the same amount of proteins. Almond contains 1.5 grams of protein per cup and 2% of iron. Again, larger doses of these bodily essentials can be found in cow milk. Then again, almond milk retains its awesome market status due to its usefulness to people with various conditions. For example, Bodybuilders that are lactose intolerant use almond milk every single day. 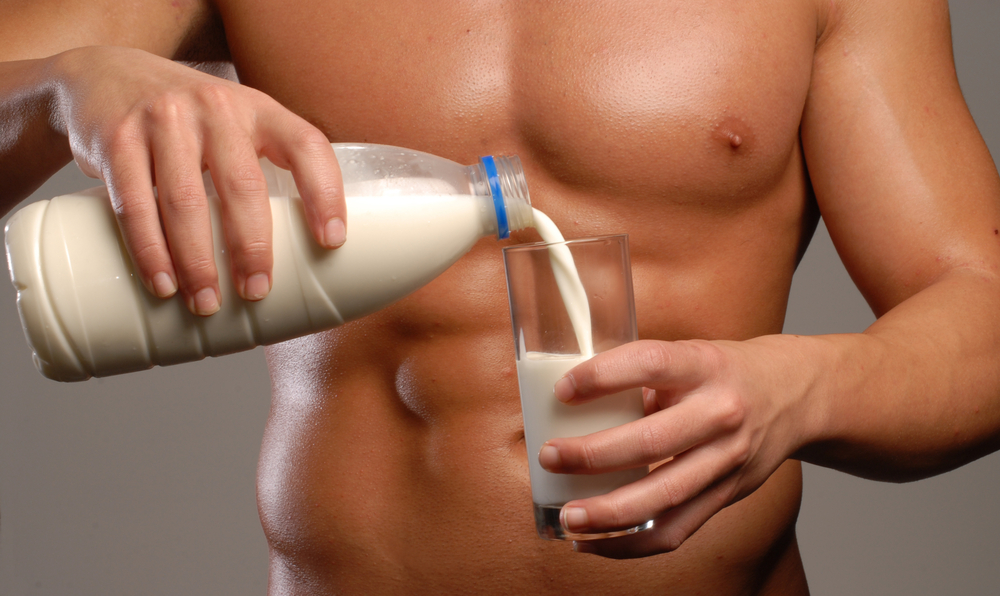 Whenever we feel stressed mentally or physically, there's a chance that our body will suffer an imbalance. Stress is one of the most common conditions today, and headaches are its most frequent symptom. Headaches can also originate from any bodily or external source, be it a disease or loud music. This minor setback is everywhere around us, and it can be quite irritating sometimes. Almond milk helps boost the healthy functioning of the body with riboflavin. Riboflavin is also familiar as the B2 vitamin. This dietary supplement is used to treat various deficiencies. Riboflavin deficiency causes one of them, and it manifests in the form of a headache. 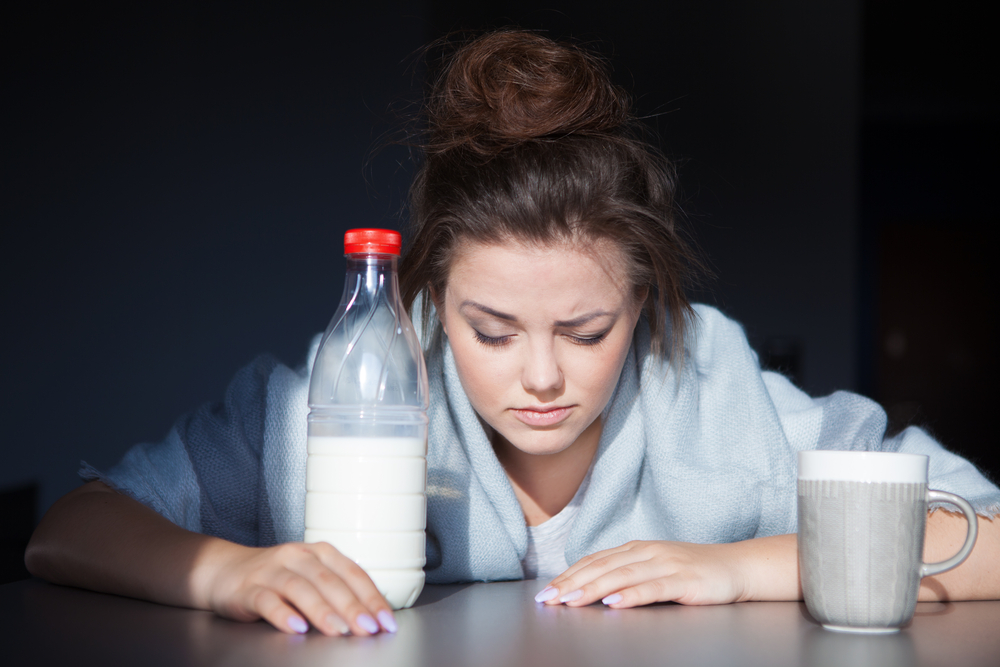 The digestive system helps us drain nutrients and proteins from anything we ingest, and it is one of the main bodily systems. As such, it constantly interacts with various kinds of modern fast food that never prove to be healthy. All of these toxic groceries do damage to our digestive tract, and it gets fixed with fibers. Fibers are essential for keeping a healthy stomach, and almond milk happen to be full of them. Those that regularly drink it will experience fewer stomach aches and diarrhea. 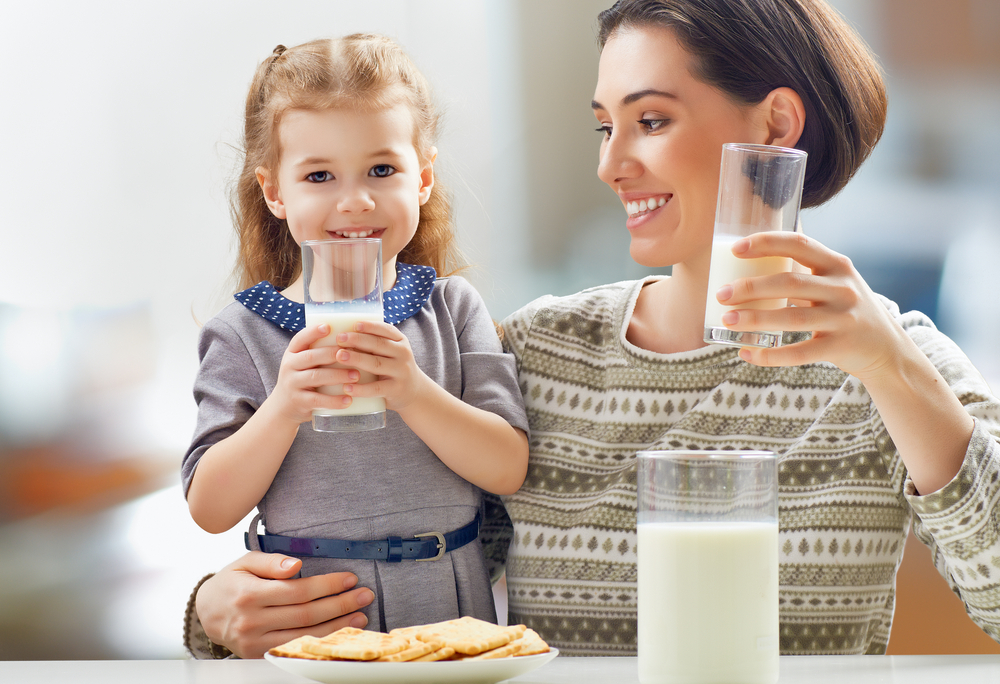 Every part of the human body benefits from a specific vitamin, and the same goes for the eyes. The human eye is one of the most sensitive areas of the body. As such, it can suffer damage from nearly anything. Bright lights, any screen, sunlight, dust, filth, and wind can cause various eye impairments. The vitamin that we use to improve the focus of our eyes and their health is vitamin A. Almond milk contains a steady amount of this vitamin, and it's sometimes associated with visual prowess. 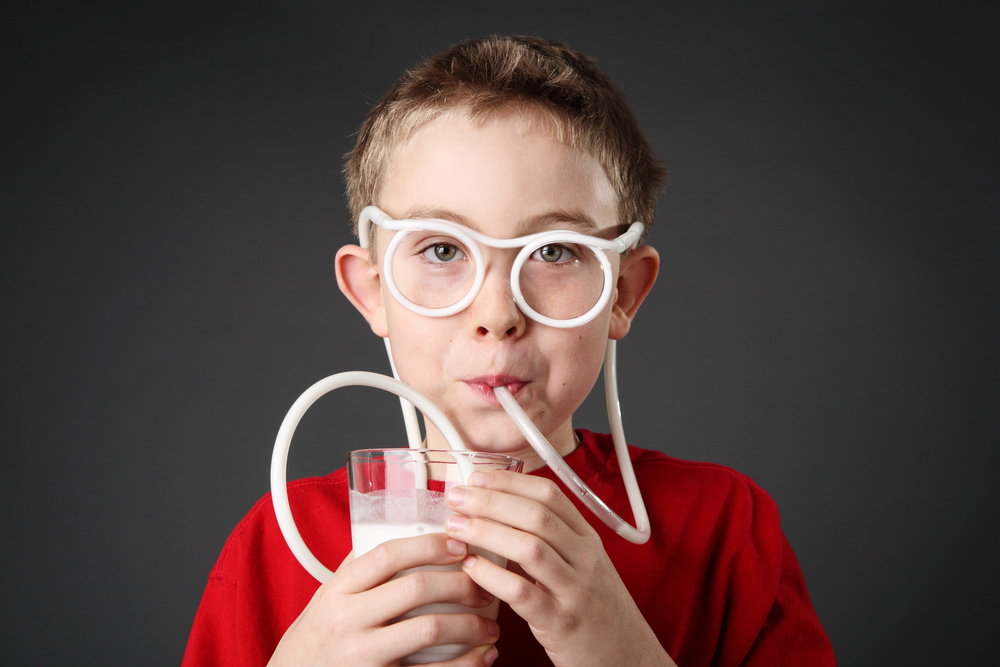 Unlike cow milk, almond milk does not need a cold temperature to persist in quality. It maintains its nutrients in various temperatures, which mean children can always rely on it. Those that have a cold or the flu are not supposed to drink cold beverages as well. Cow milk needs to warm up by waiting for a while after it leaves the refrigerator. However, almond milk can be kept and drank instantly anywhere. The reason for this impressive fact is that, unlike cow milk, almond is much less prone to bacteria. When milk remains at a non-favorable temperature for some time, the bacteria inhibit and spoil it. Almond milk, however, contains its acids and other chemicals that naturally kill the same bacteria. 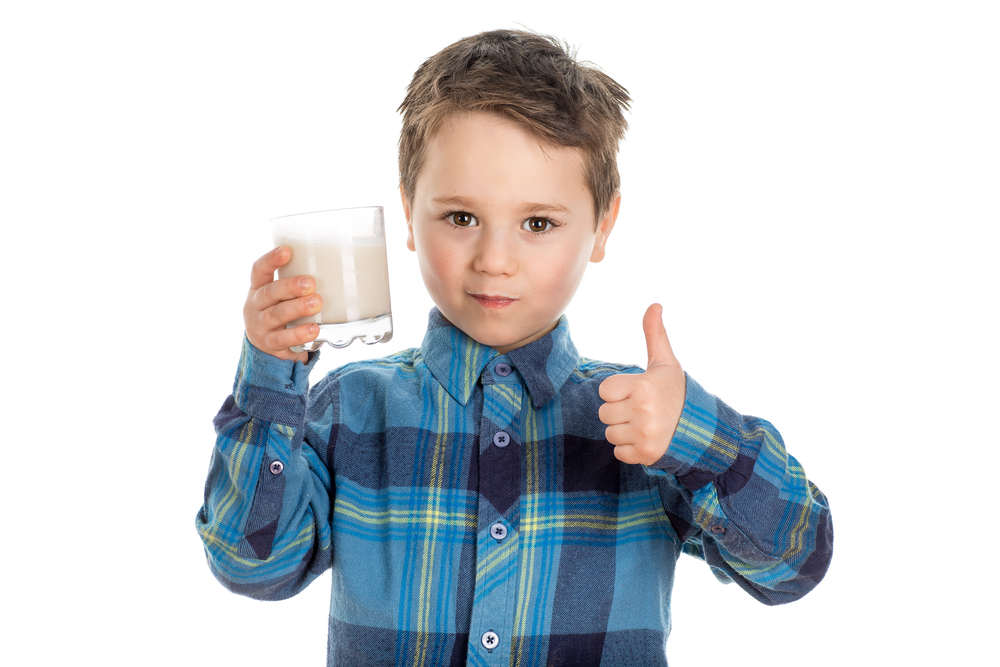 Anyone trying to lose weight should switch away from cows milk. They will notice a considerable increase in weight loss results after a certain time. Almond milk contains about 40 calories per glass, while milk provides 122 in the same amount of liquid. The clear calculation is reason enough to switch from cow milk to almond in this situation. Also, soy milk is no better either. Sweetened almond milk, for example, contains 59 calories per glass. Soy milk, on the other hand, has 127. 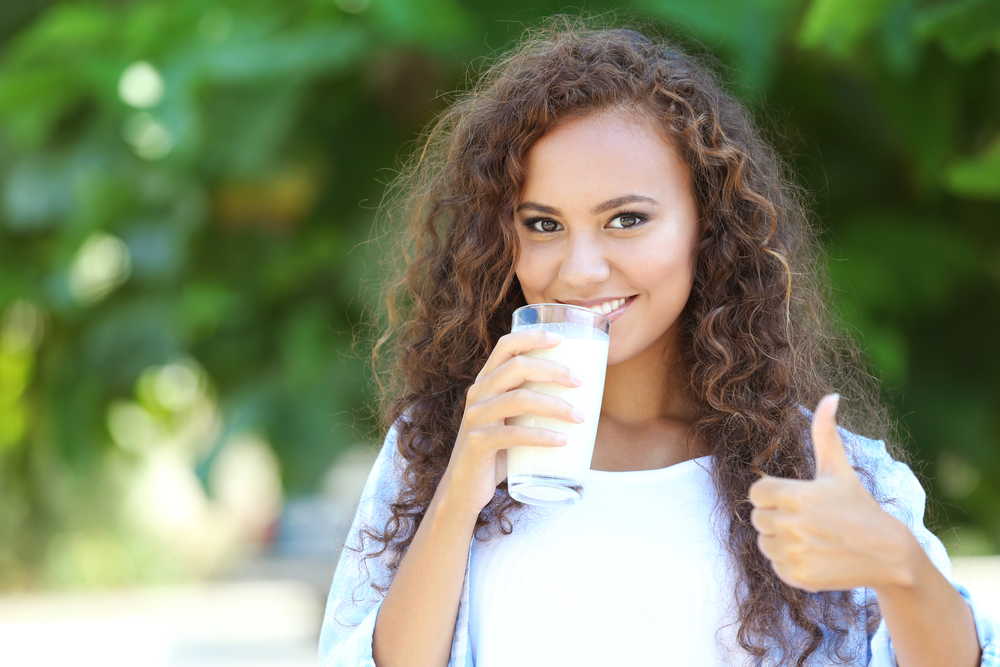